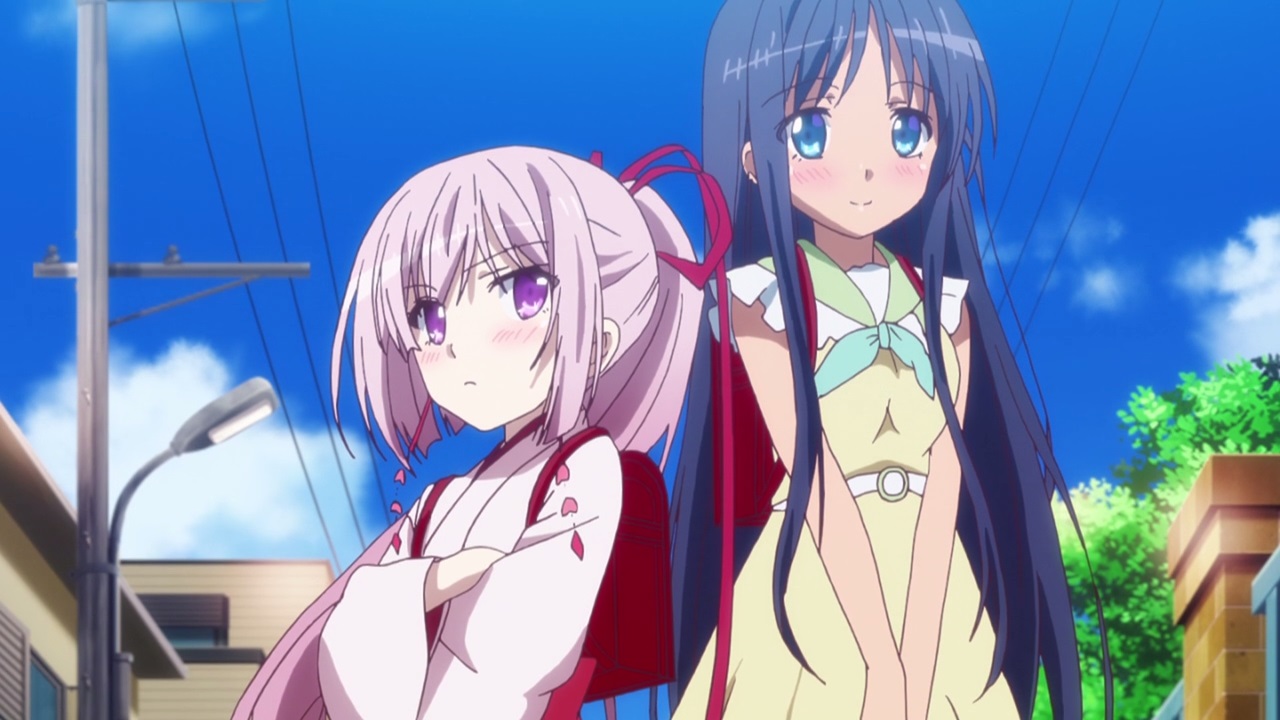 Oh, look what we have here as Yuzuha Aigae and Kiryu-sama have returned after last week’s episode.

Man, I thought that they’ll remain at the Soryu Islands after Episode 9, but here they are at the main island to be with Kyo Nukui. 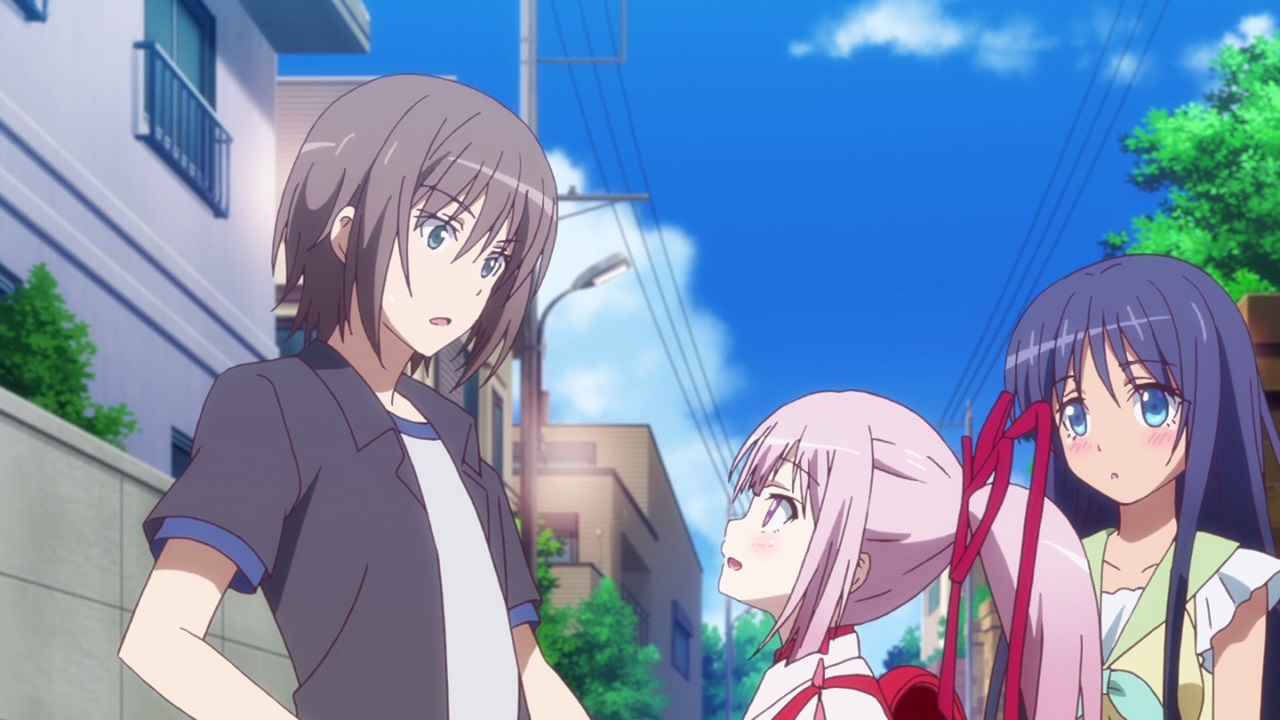 Oh and speaking of Kyo Nukui, seems that Kiryu-sama or rather her real name Koume Ougi has decided to marry Kyo-kun because she fell in love with him (or rather his internet persona Hibiki).

This proposal shocked everyone including the three girls from Little Wing, which I have a feeling that Jun Gotou and her friends are gonna fight against Koume for Kyo’s attention!

Oh, and let’s not forget about his sister Kurumi as she doesn’t like Koume hogging Kyo-nii’s affection.

Well, I have a feeling that it’s gonna be ugly when Kyo Nukui’s loli harem are fighting until there’s one girl remaining for his love. But you know what, I feel that Sakura Toriumi is suitable for Kyo Nukui because those young girls are so damn pure to date Kyo-kun! 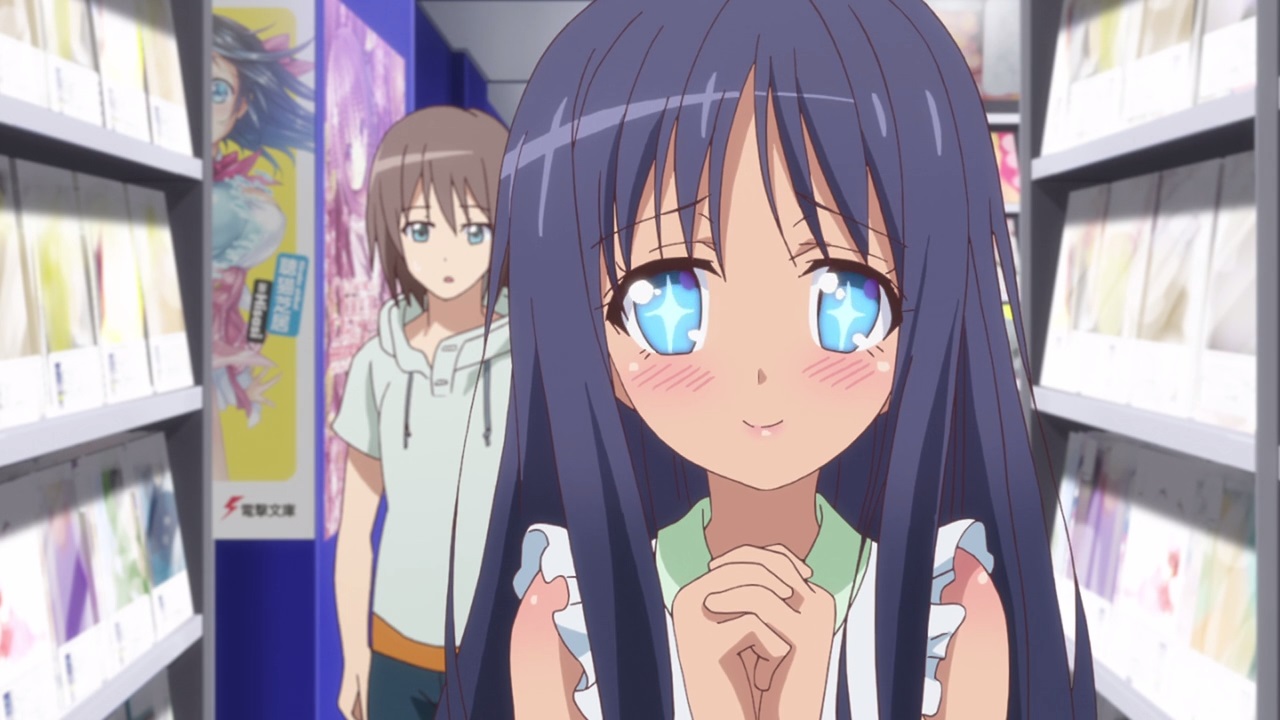 Speaking of dates, looks like Kyo Nukui will have to deal with Yuzuha Aigae as they went to Akihabara to do some sightseeing, including a visit to Animate where Yuzuha turned out be a yaoi fangirl when she looked at BL manga.

Yeah, look at her eyes when Yuzuha saw two boys holding hands and other stuff that her fujoshi spirit is fired up right now! 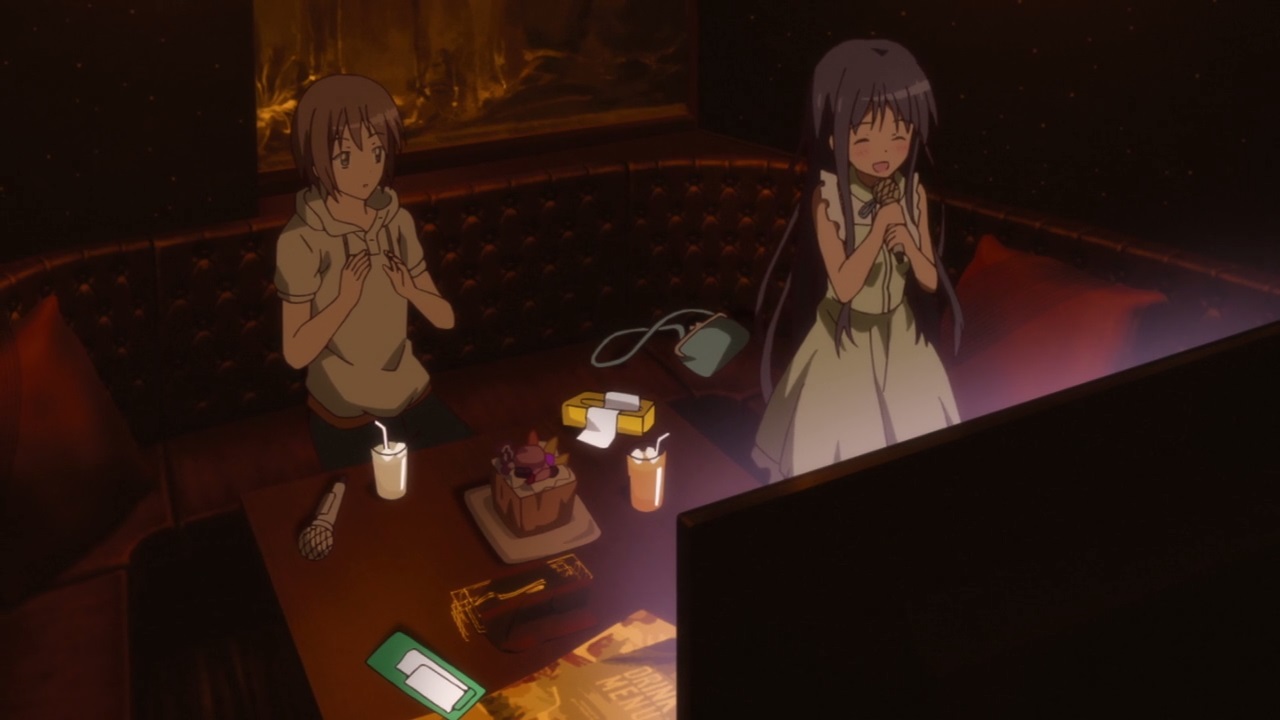 One more thing, seems that Yuzuha Aigae has some talent when she sings the opening theme of D.C.: Da Capo. Good thing I’ve watched the anime adaptation of Da Capo back in the day, but not the sequels though…

Still, they had a good time at Akihabara, but the girls at Little Wing, plus Kiryu-sama, are angry that they’re being left out! 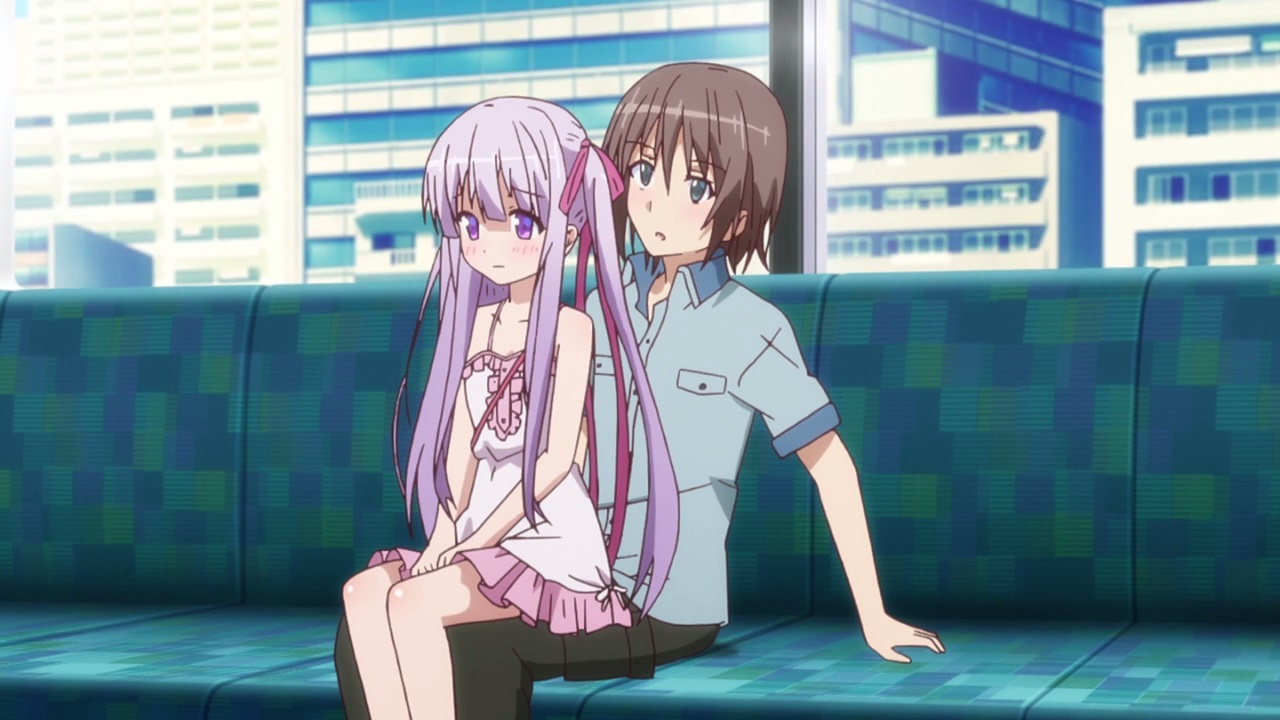 So, it has been decided that Jun Gotou will take Kyo-kun on a date because c’mon, Jun felt a bit jealous towards Yuzuha Aigae when she takes Nukui to an impromptu date. BTW, this seating position by Gotou is very dangerous, especially where there’s a large chance that Nukui might get arrested.

With that said, it’s a good episode for this week as I’m surprised that the characters from the previous arc are back. Still, I wounder what’ll be the ending for Tenshi no 3P! as I have a feeling that the next episode might unexpectedly drop a drama bomb!