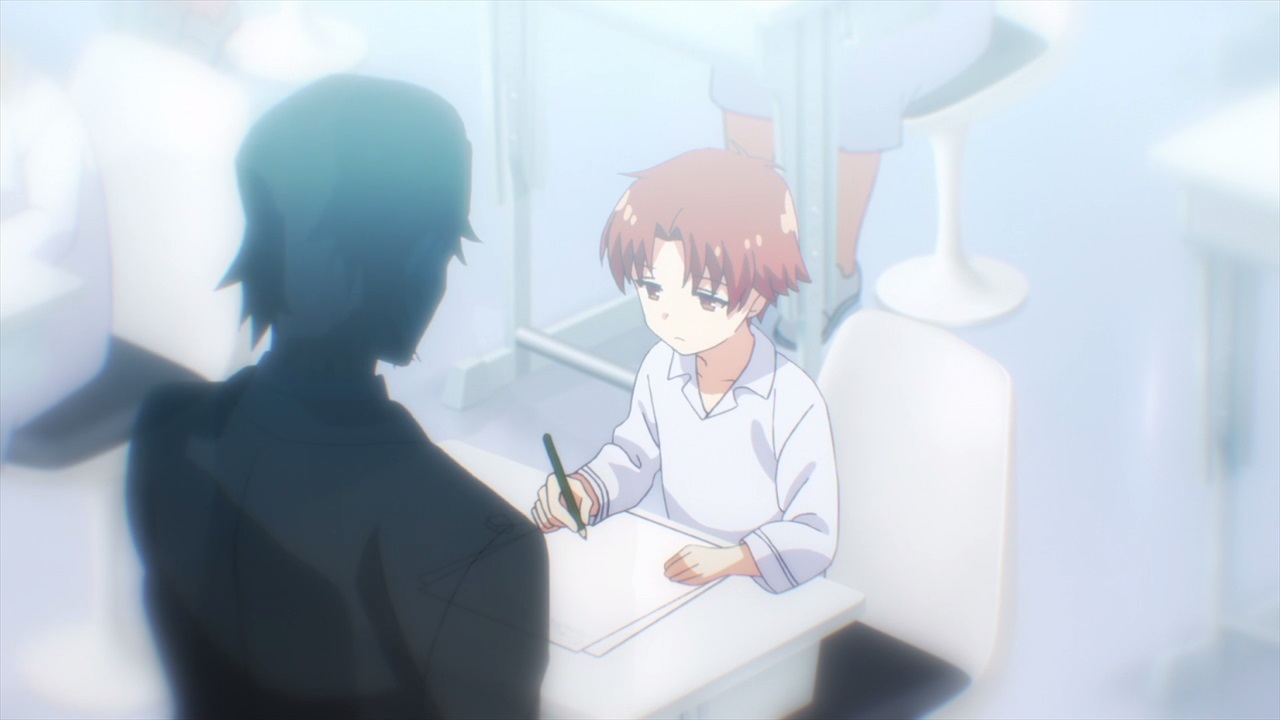 Here’s another glimpse of Kiyotaka Ayanokouji’s past as he studies all day until he gets a perfect score… or face some serious punishment.

All I can say is that the facility where Ayanokouji used to attend to is basically hell there. In fact, one of the facilitators told him that failing to use his abilities is considered as a fool! 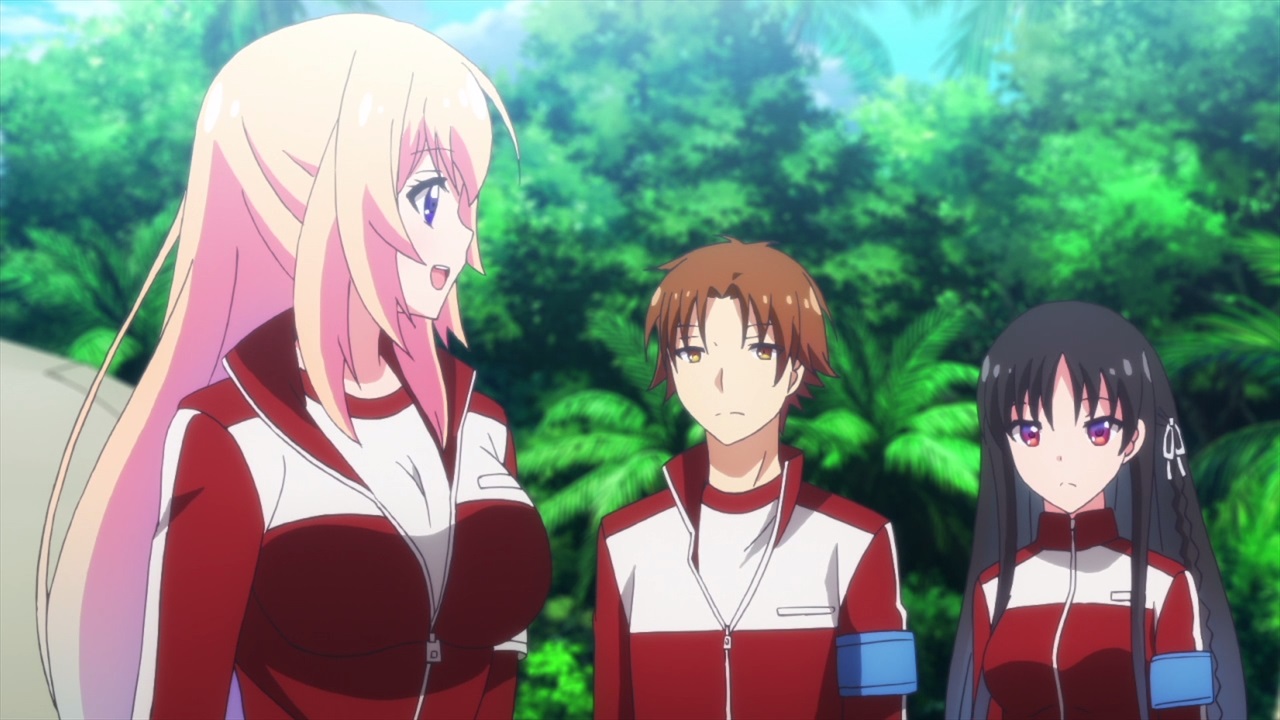 Anyways, let’s go back to the present as both Kiyotaka Ayanokouji and Suzune Horikita are here to meet with Honami Ichinose and the rest of B-Class.

As much as I hate to say this despite her class status, Ichinose is one of the nicest students in Koudo Ikusei Senior High School. Heck, she might help them around when things get awry, but I’m worried that her class might get trumped by the likes of Kouhei Katsuragi and the rest of A-Class. 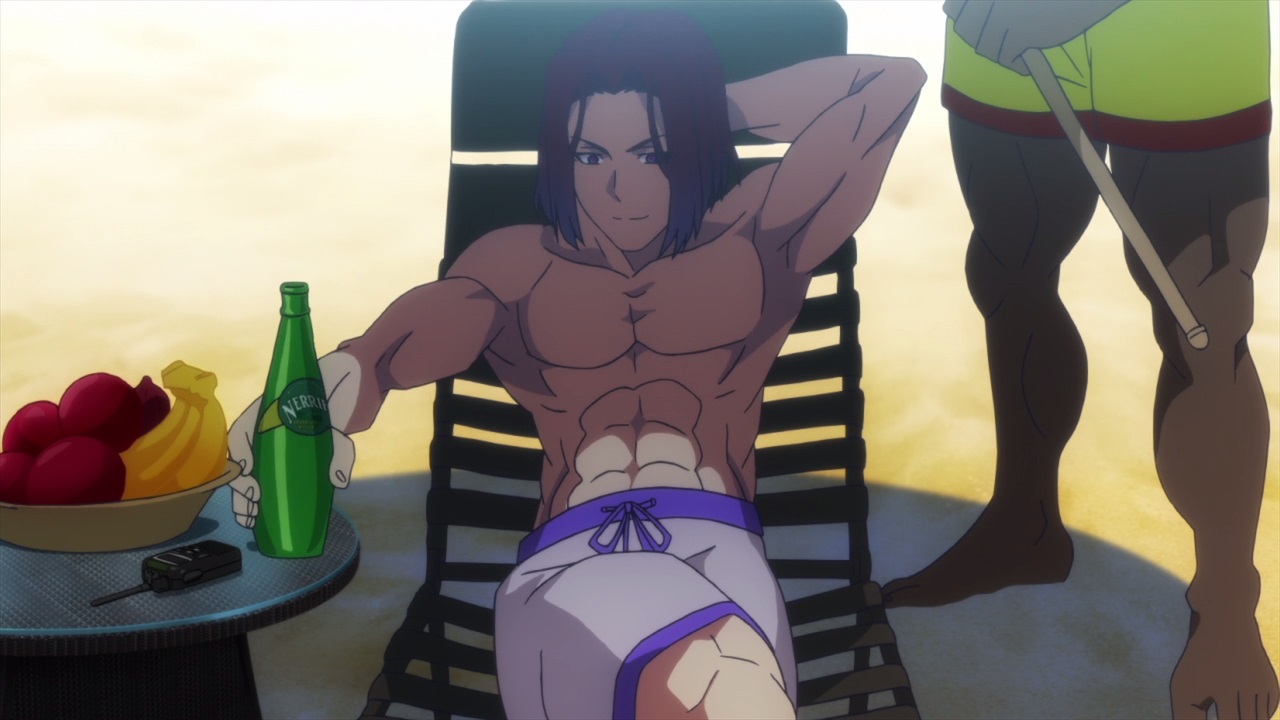 Oh, and let’s not Kakeru Ryuuen and the rest of C-Class as they’re dangerous too. Also, they blow up their S-Points like there’s no tomorrow with booze and other stuff.

For Ryuuen, he thinks that this island survival class is a waste of time. But still, he’s interested on making Suzune Horikita as his bitch, yet Kakeru will have to get past Kiyotaka first. For now, C-Class is a lost cause. 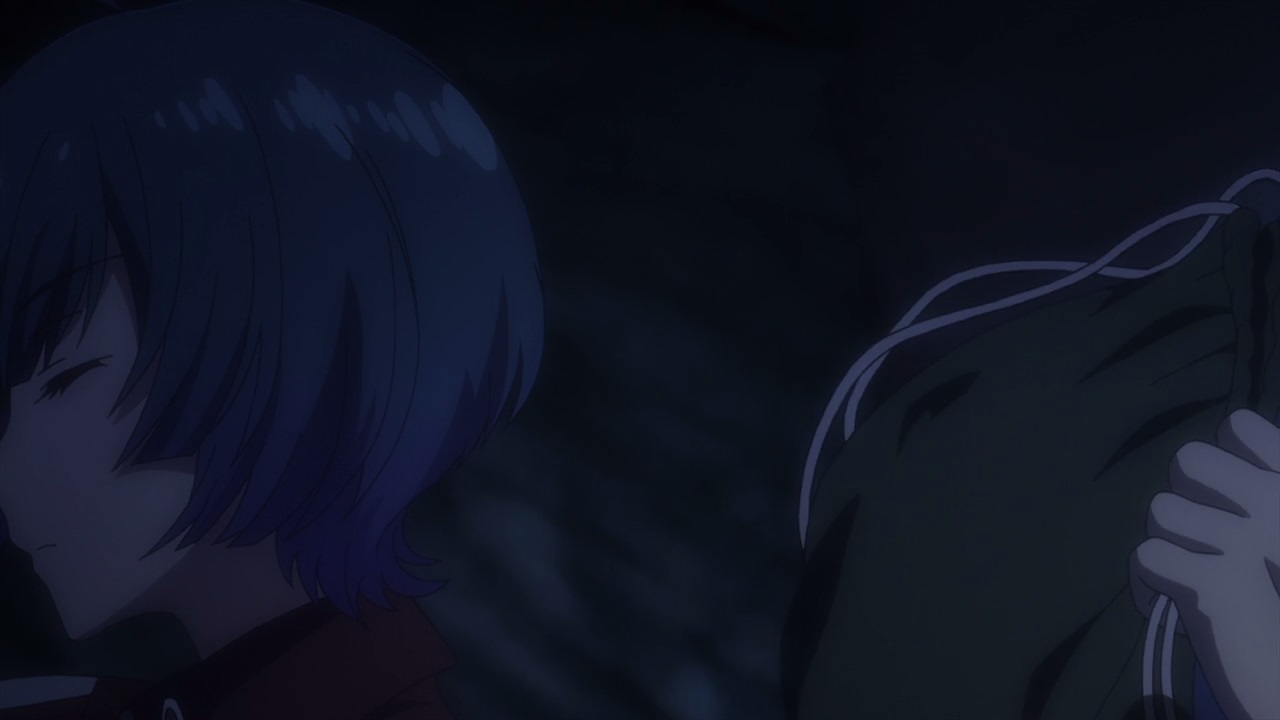 On the other hand though, seems that someone is stealing things from D-Class.

Yeah, and you’d think that it was Mio Ibuki who’s the culprit here? I mean, she’s here sleeping with the rest of the D-Class. 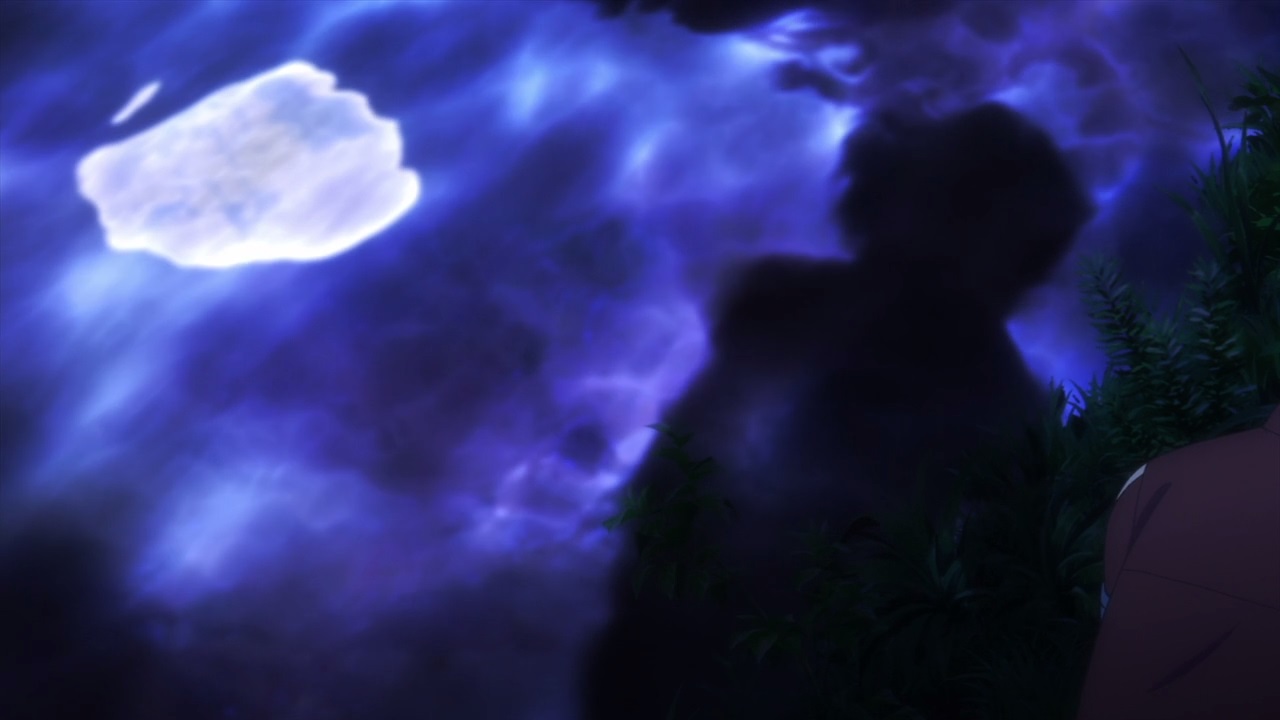 Now then, this person who’s not only stealing important things like a class leader card, but also Kei Karuizawa’s panties!? Um, I don’t think that person would stole Karuizawa’s panties and put it some guy’s bag, just to bring chaos within D-Class! And seriously, finding a panty thief is very silly in my opinion.

One more thing about this culprit, I’m speculating that this person might be Rokusuke Kouenji as evidence by his shadow and his distinctive hair. Could it be that he returned to D-Class after his “sick leave” and stir up more trouble? But given that it’s a speculation, I could be wrong as Kouenji might not be the perpetrator.

Anyways, let’s hope that D-Class will find the culprit for stealing important things, right down to Kei Karuizawa panties. Then again, the panties thing is so ridiculous!