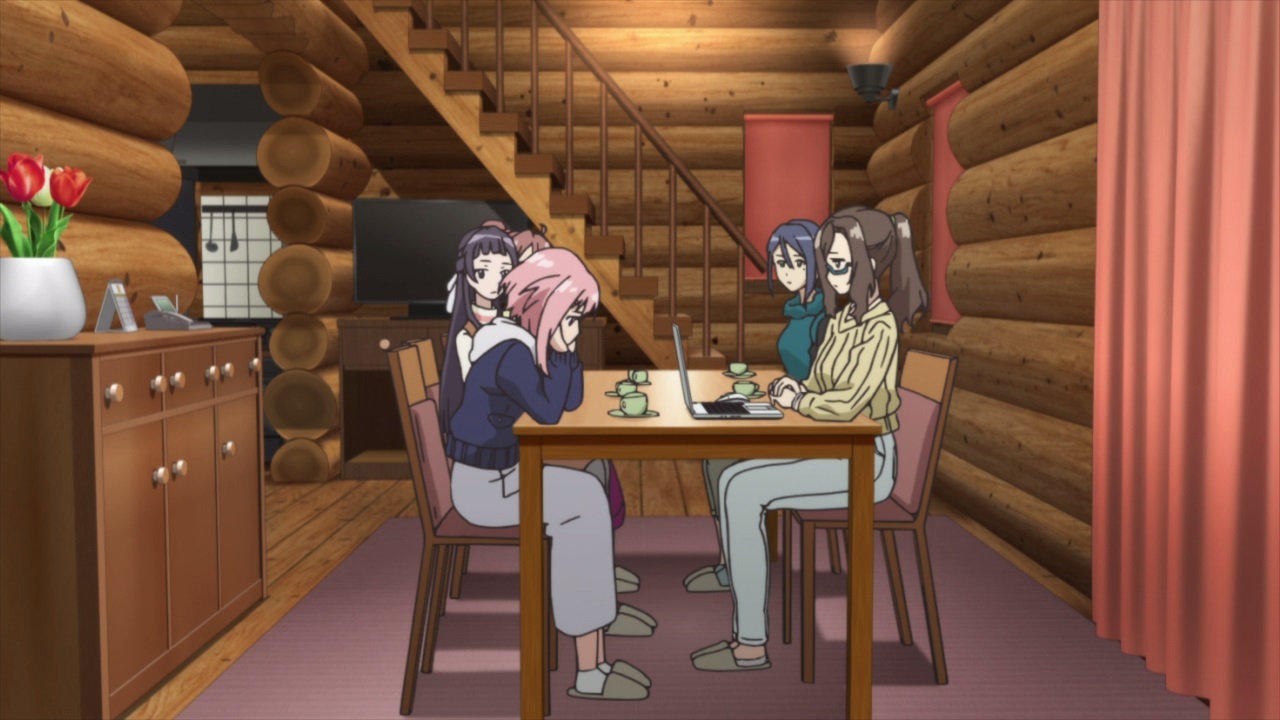 So, what will Queen Yoshino Koharu and her royal court will do now as Manoyama is gonna get absorbed by a nearby town. And not only that, but Yoshino Koharu’s time as the queen will be over soon.

Man, so many troubles leading up to the Mizuchi Festival is giving me a headache! 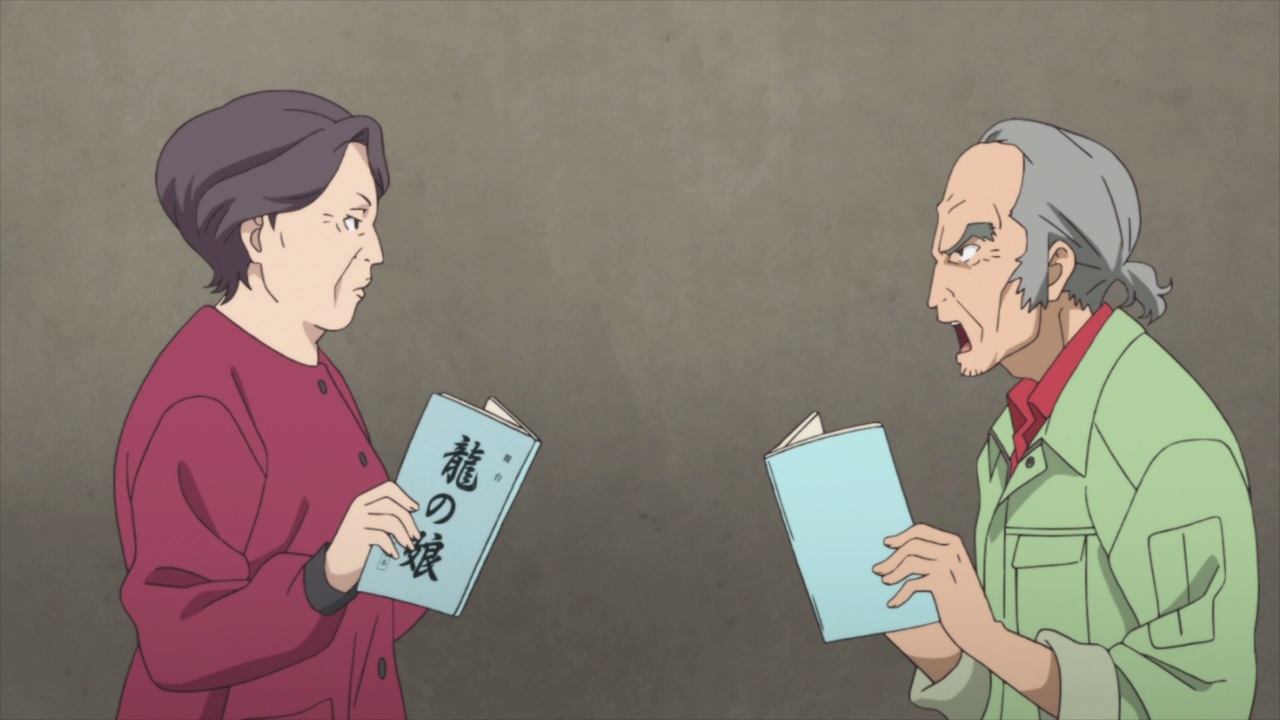 Meanwhile, the rehearsal for the stage play adaptation of the Dragon Song is going smoothly, with Ushimatsu Kadota and Chitose Oribe taking their respective roles seriously.

Still, both Kadota and Oribe are worried about Manoyama’s threat of annexation from Tomikura. I mean, who wants your traditions getting lost forever when a nearby town abolished it? 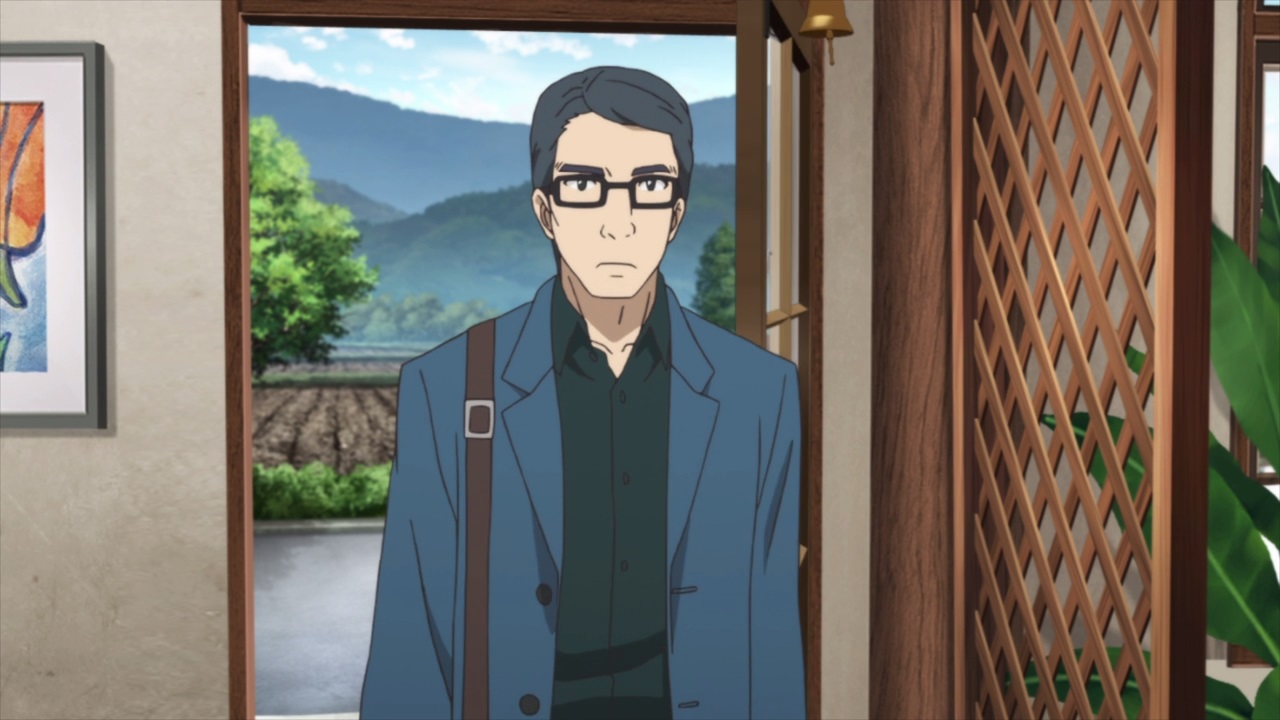 On the other hand, Amamiya has returned as he here’s to discuss with Queen Yoshino in regards to another collaboration with Northern Living TV. Yes, that TV show in which it turned Manoyama into a laughing stock! 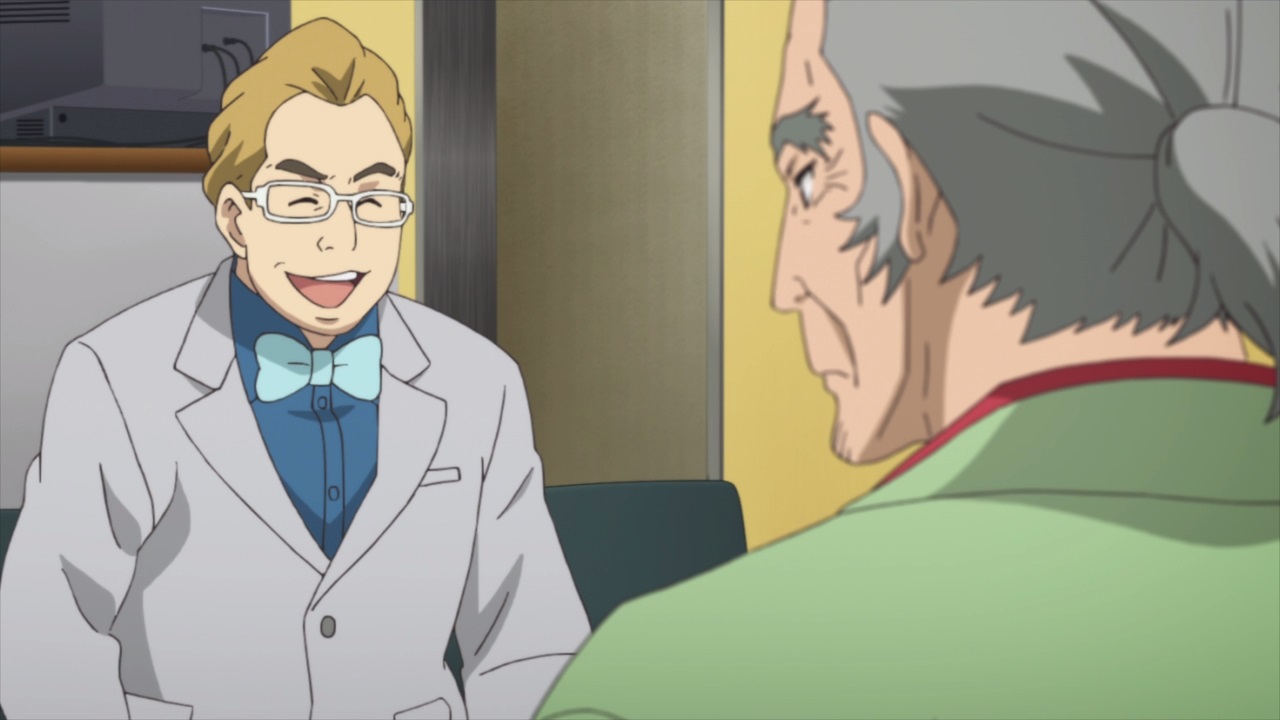 Oh, and here’s Kume from Northern Living TV as he’s here to propose some changes, like casting a local idol to play the lead role of the Dragon Song stage play, as well as finding a replacement since Yoshino’s term as a queen will expire soon. 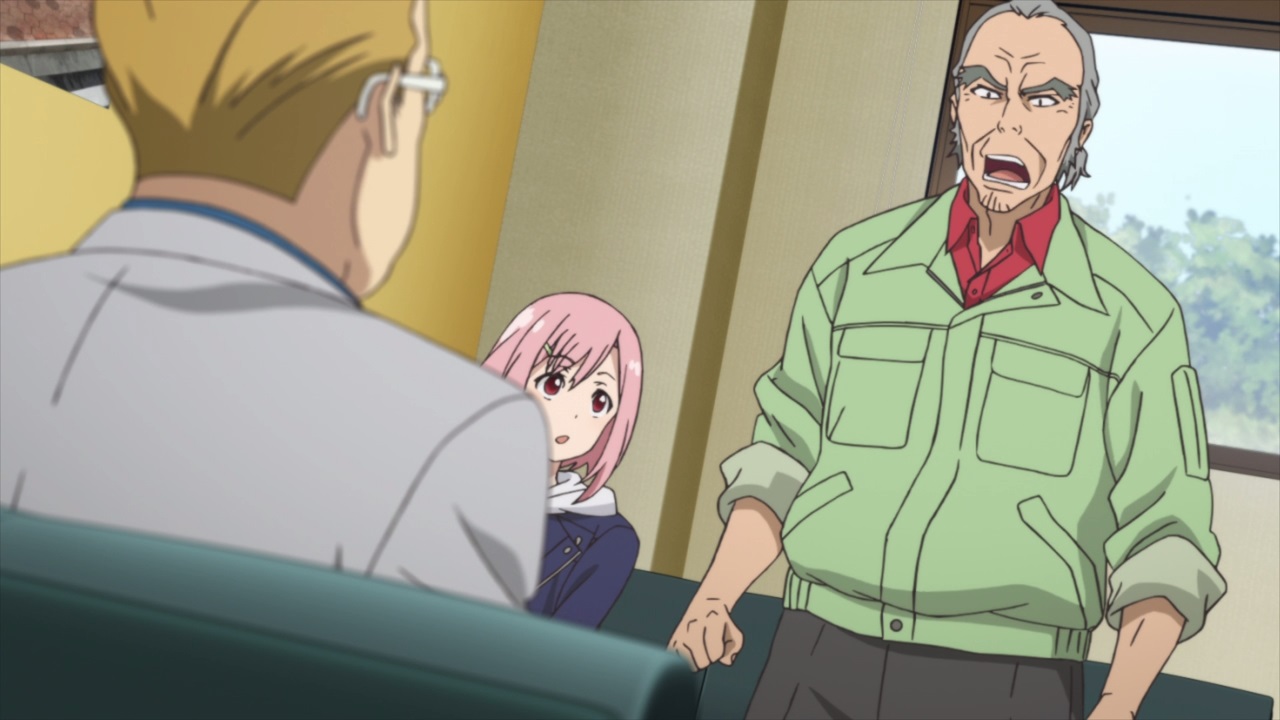 However, Kadota had enough of his shit and and decided to do things their own way over Kume’s proposal. I mean, who wants to get screw over again when Kume fucked it up!

And besides, Manoyama has their own Not-Youtube channel to promote their festival so there’s no need for some TV station to ruin one town who’s about to get assimilated by a bigger town. 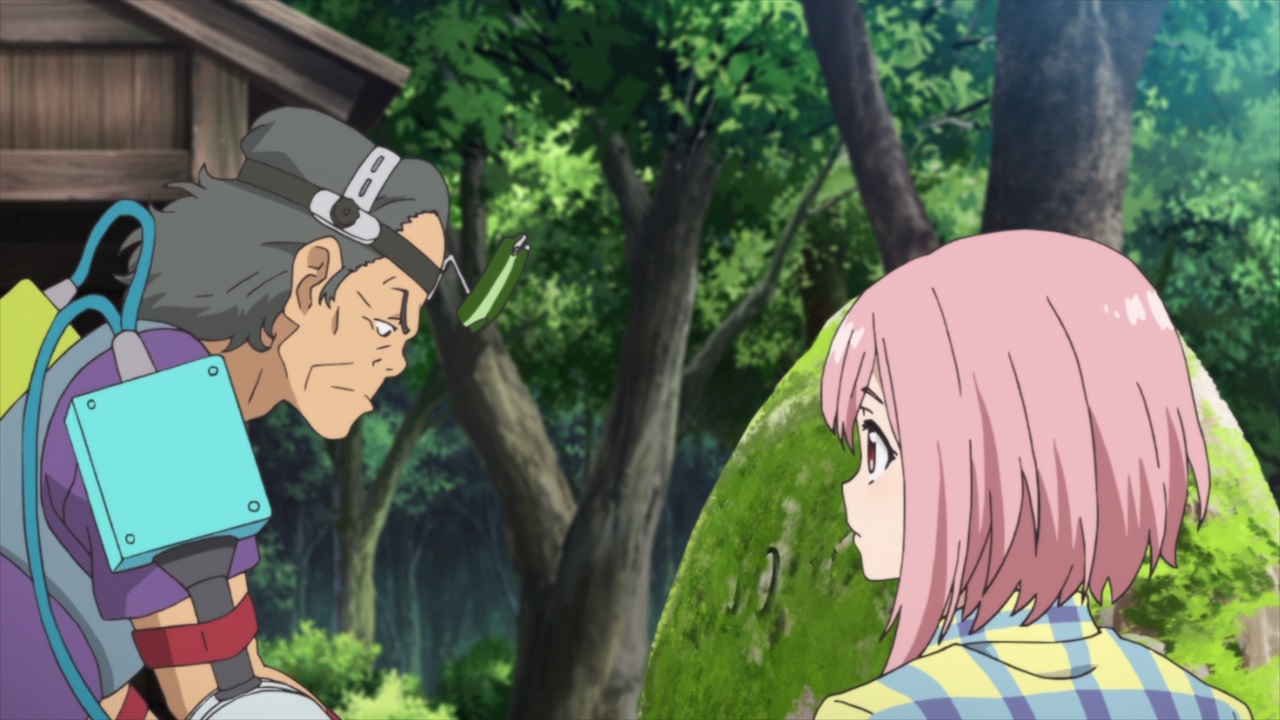 Now that Ushimatsu Kadota has declined Kume’s offer, let’s go back to what’s important as the residents are cleaning up the place for the upcoming Mizuchi Festival.

Oh yeah, and here’s Dokushima as he’s scrubbing the surface of a rock monument, which features some prominent figures that built Manoyama right down to the Mizuchi Festival. 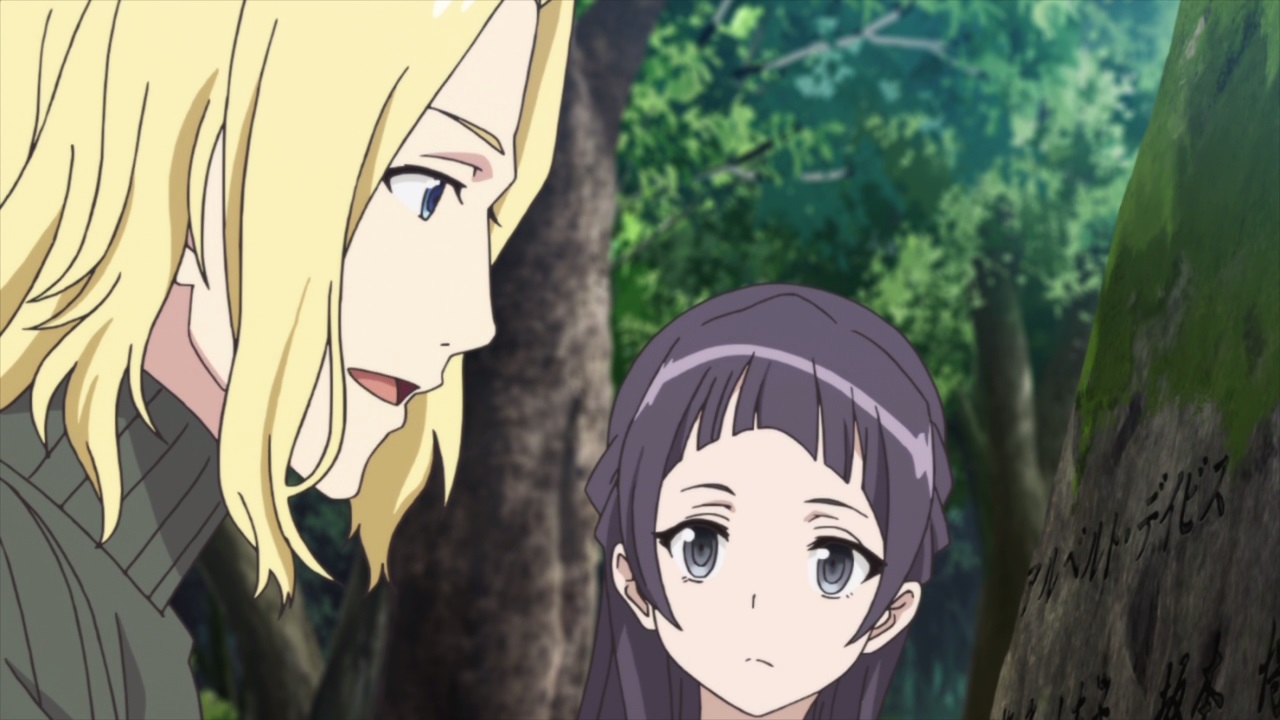 This includes Mr. Sandal’s ancestors who came to Manoyama from another country. Of course, we all know that Mr. Sandal is a Manoyama native, but did you know that he has a real name!

Anyways, Mr. Sandal’s real name is Alexandre Cena Davis Celebidache, which is a mouthful in my opinion but it’s actually the name of the original creator of Sakura Quest. 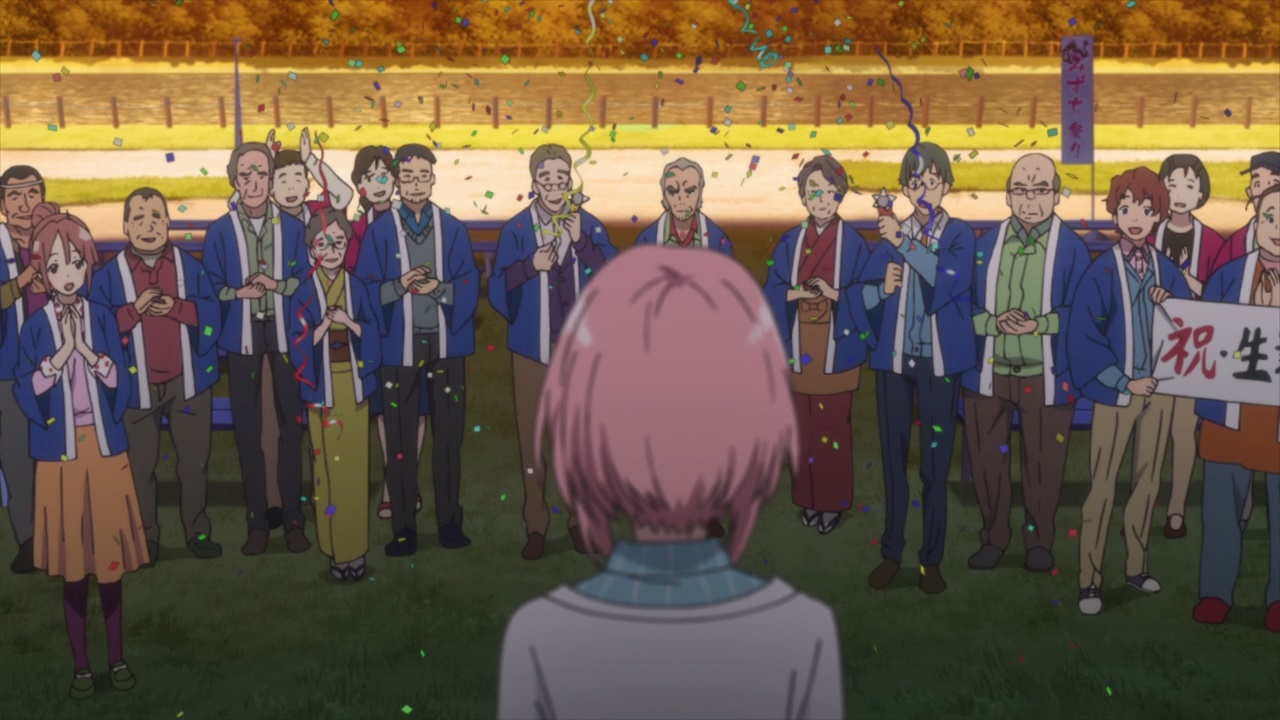 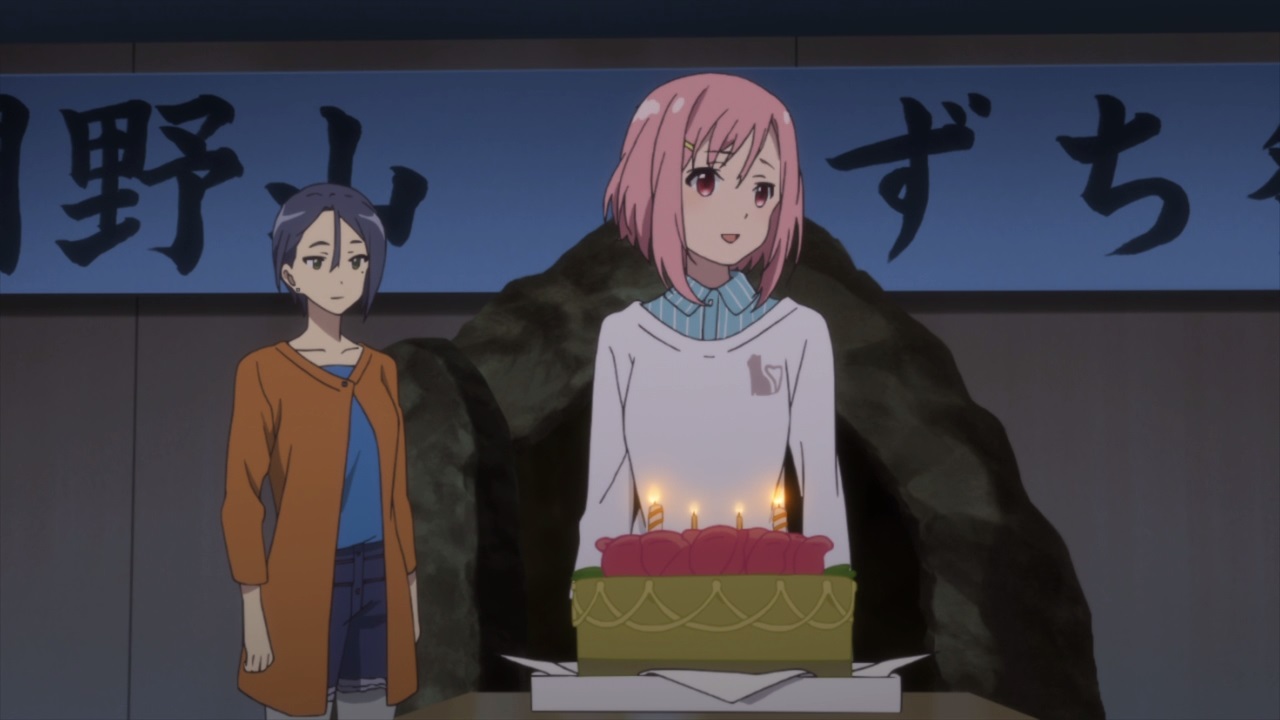 One last thing, seems that the town folks have thrown a birthday party towards Queen Yoshino, which is nice consider that everyone loves Yoshino Koharu after she revitalized most of Manoyama through thick and thin.

Even though her contract is gonna end soon, let’s just say that Queen Yoshino’s contribution will leave a lasting impression. Then again, Manoyama will be taken off the map anytime soon! 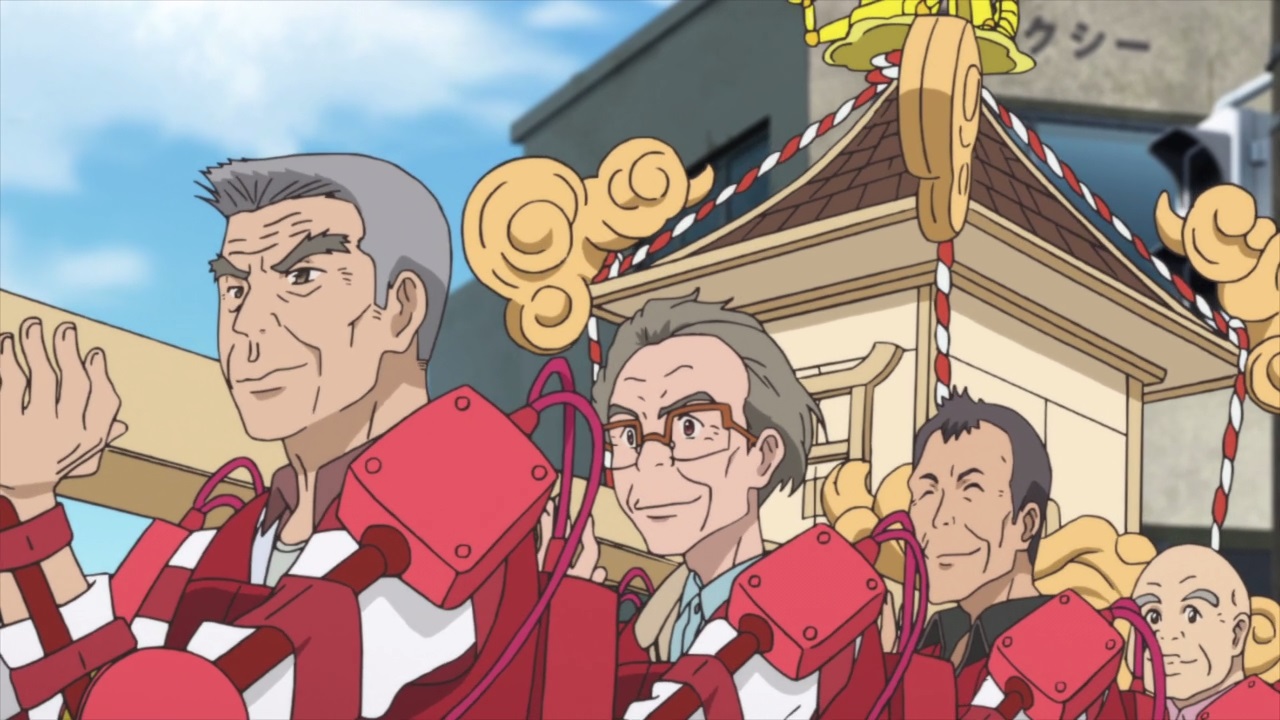 Anyways, it’s time for the eventual revival of the Mizuchi Festival as the old guys are carrying the shrine float… with Busujima’s powered suits. I mean, they’re the only ones who can carry the float towards its destination.

Still, I’d say that it’ll be a bittersweet ending for this town as Manoyama will be taken over by Tomikura after this festival. In addition to the procession, there’s also the stage play adaptation of the Dragon Song which I’ll be looking forward to that! 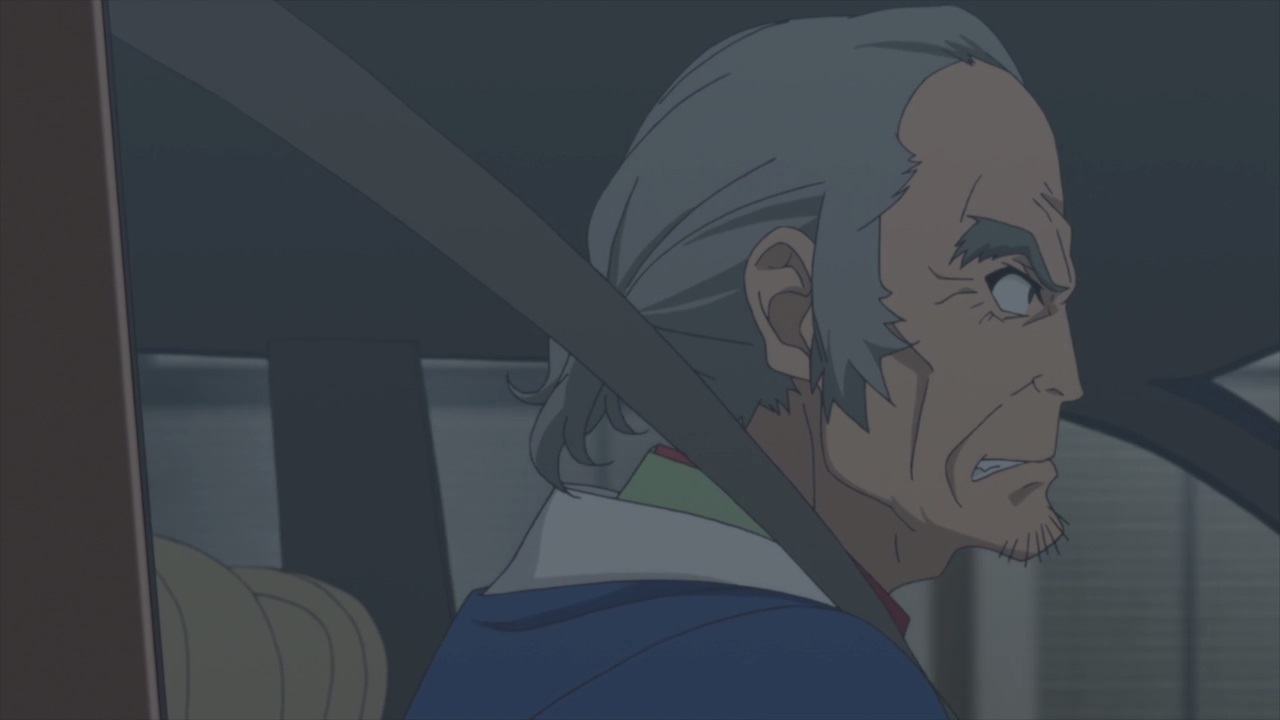 But then, there’s Kadota as he’s going to Kanazawa to see a foreign dignitary who are friends with Mr. Sandal. Oh boy, what the hell is Ushimatsu-san thinking as he’s has a role in the stage play for goodness sake!?

Anyways, I’ll see you next time for the final episode of Sakura Quest! Let’s hope that the festival won’t end on a downer note just like 50 years ago…