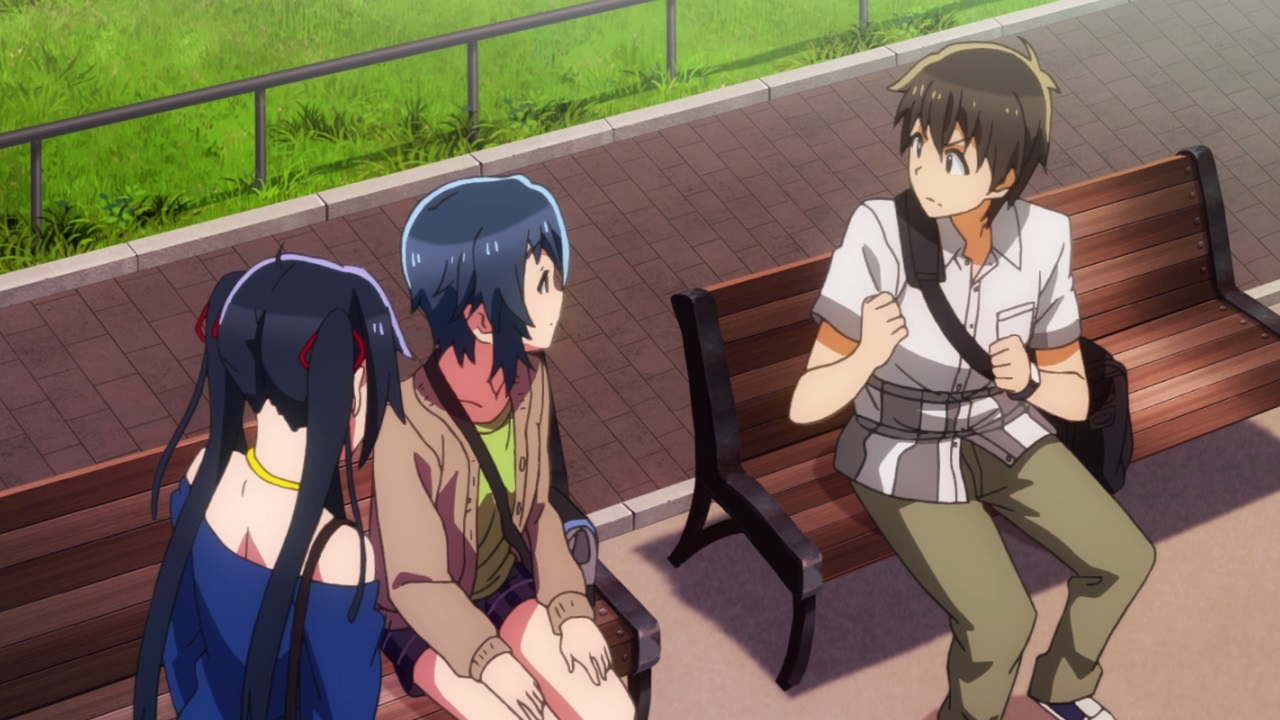 Here’s Keita Amano as he meet up with the Hoshinomori sisters to discuss about things not related to video games, like Chiaki getting confessed to Tasuku Uehara who’s basically cheating on Aguri-san at this point.

But you know what, would it be nice if Keita clear up some misunderstandings by holding another gamers meet-up after school? I mean, it needs to be addressed right now! 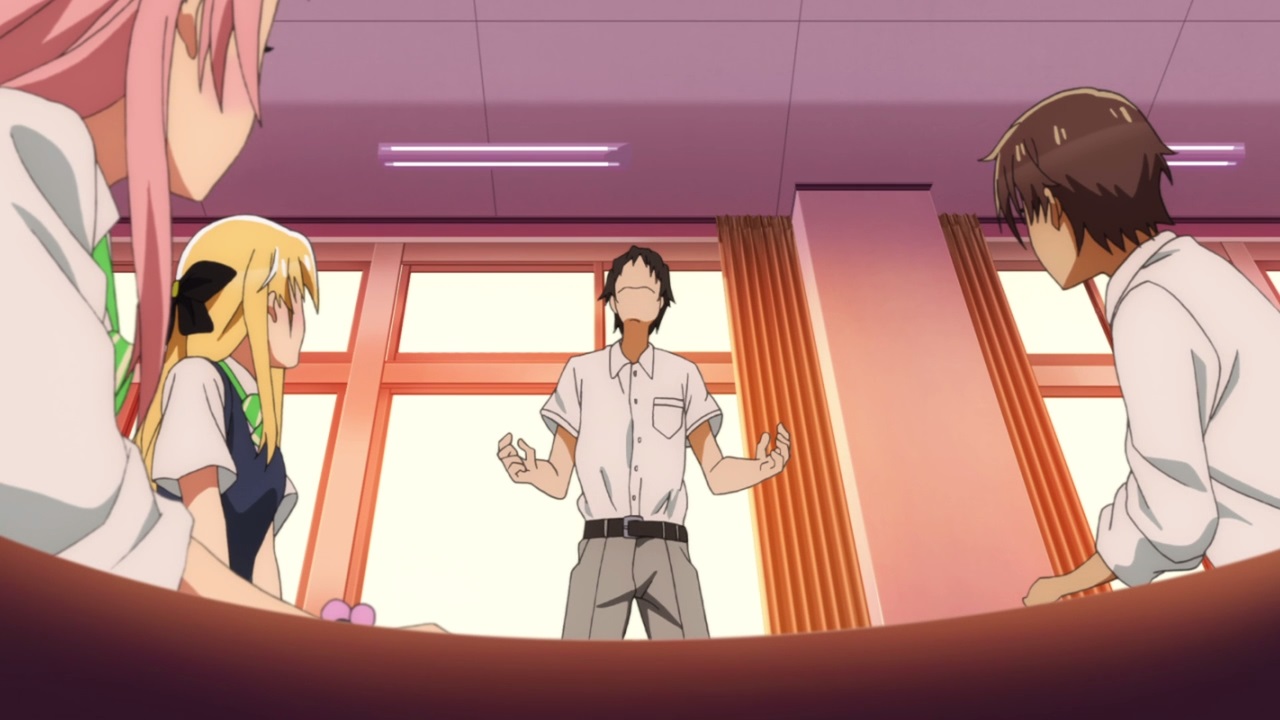 So, Amano gather his fellow gamers (plus Aguri-san) to talk about something important… 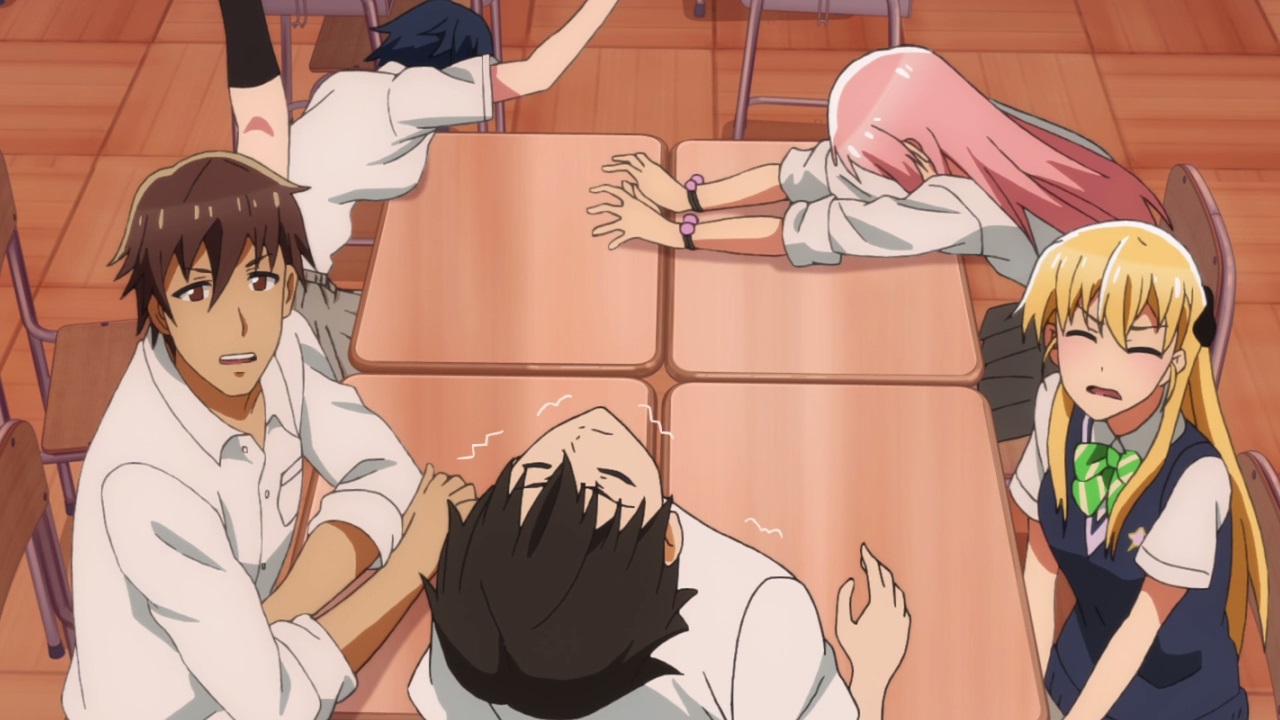 …by rushing towards the store to by the latest installment of Space Ocean, which everyone gone “WTF!” on his announcement.

Seriously Keita-kun, are you supposed to clear up some misunderstanding? Damn son, you’re chickening out! 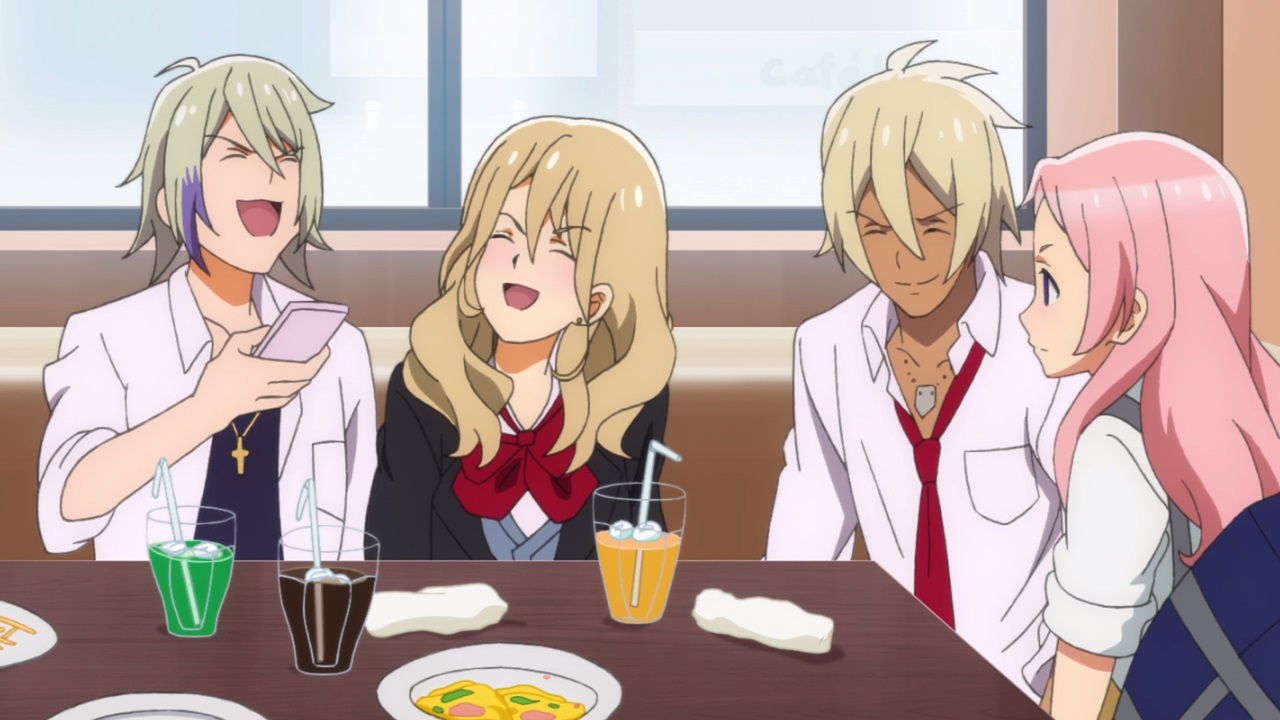 Meanwhile, Aguri-san went to see some friends from middle school. Then again, they have no taste and they’re pretty much rude, especially when they look down on otakus, be it anime lovers or gamers.

You know what, I think it’s time for Aguri-san to leave them ’cause chatting with those rude normies is a waste of time! 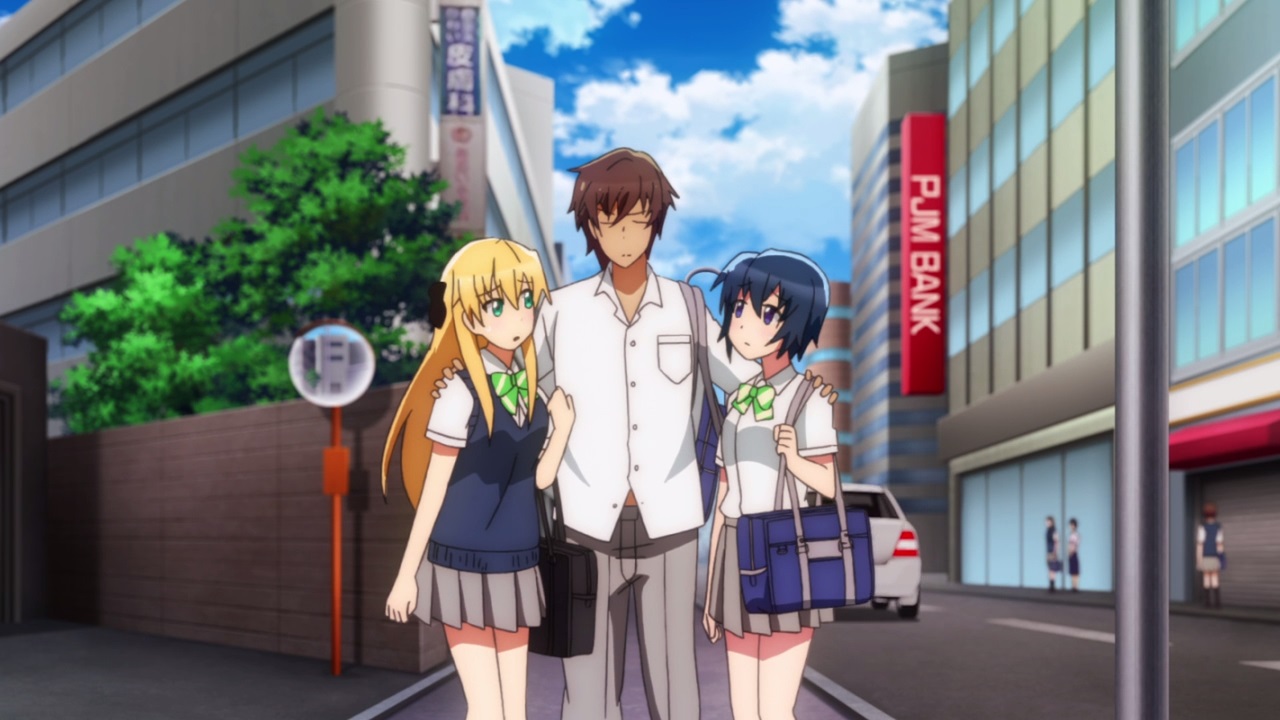 Now then, let’s focus on Tasuku Uehara as he wrap his arms on both Karen Tendou and Chiaki Hoshinomori.

What a goddamn playboy Uehara is, I hope his girlfriend won’t see this- 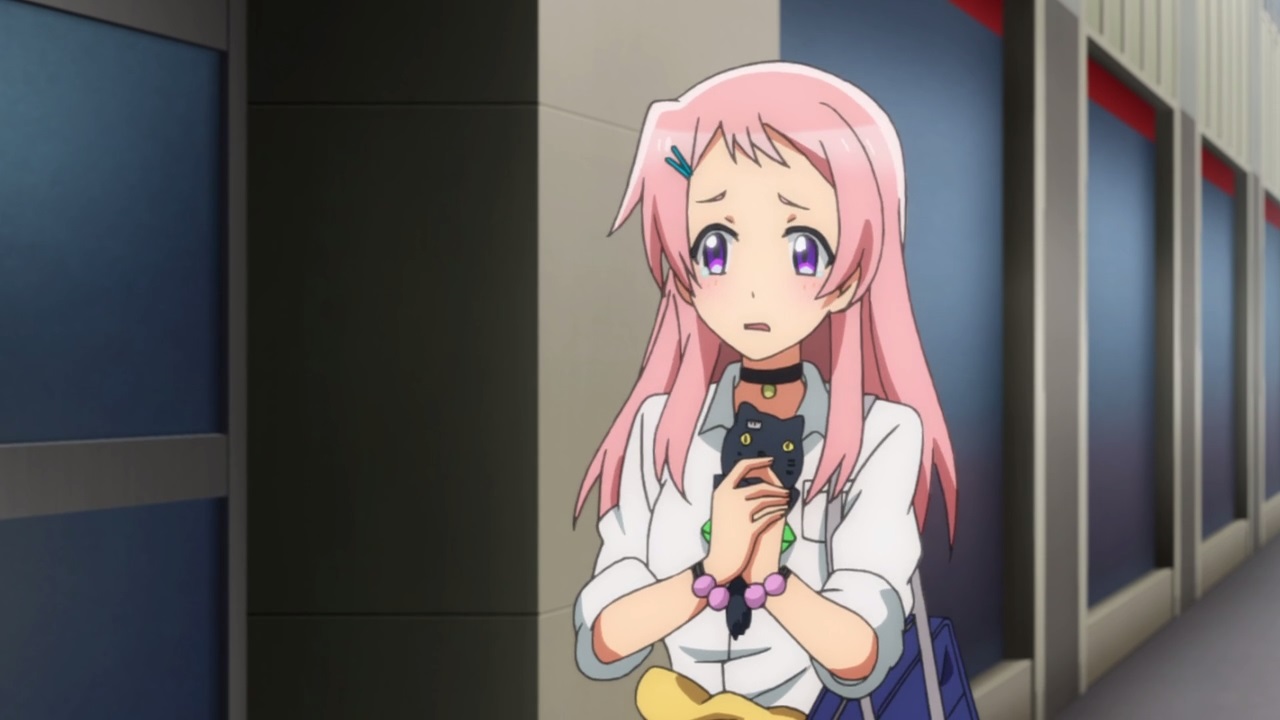 Oh wait, too late for that ’cause Aguri-san saw her boyfriend cheating. This. Won’t. End. Well! 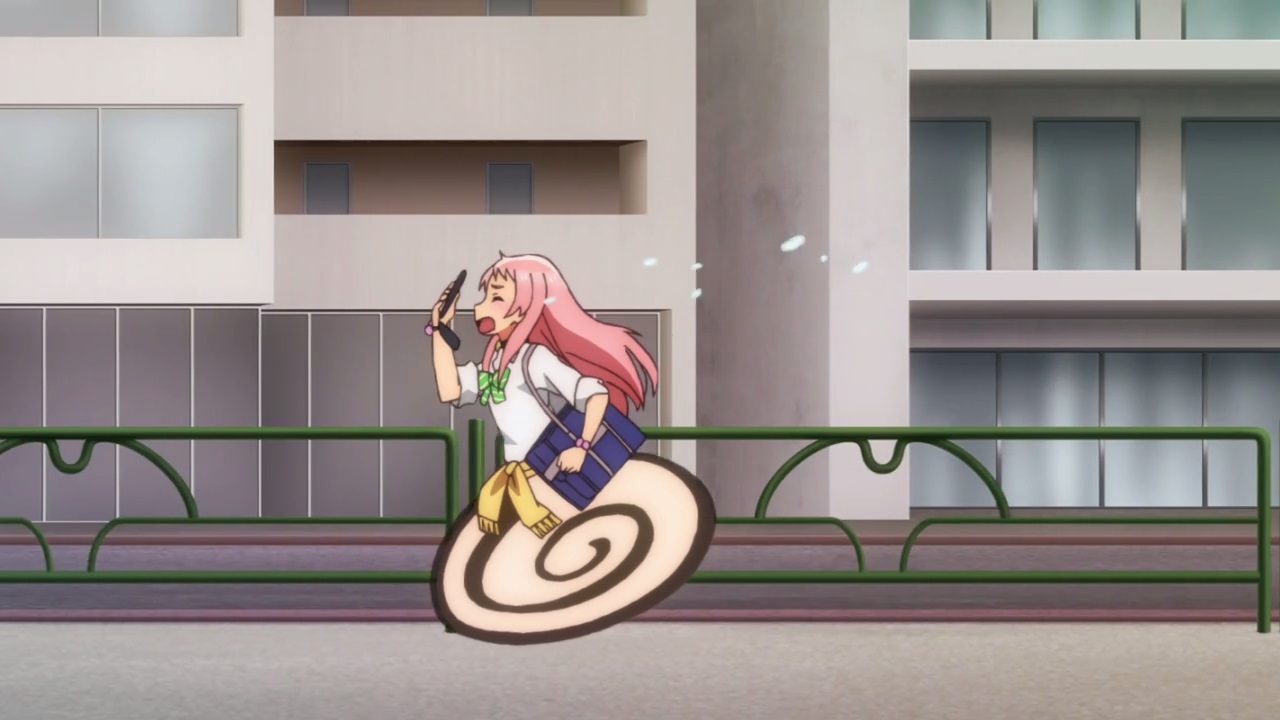 Anyways, looks like she ran away as fast as she could and call Keita Amano for help. Then again, I think he’s busy buying one copy of Space Ocean V. 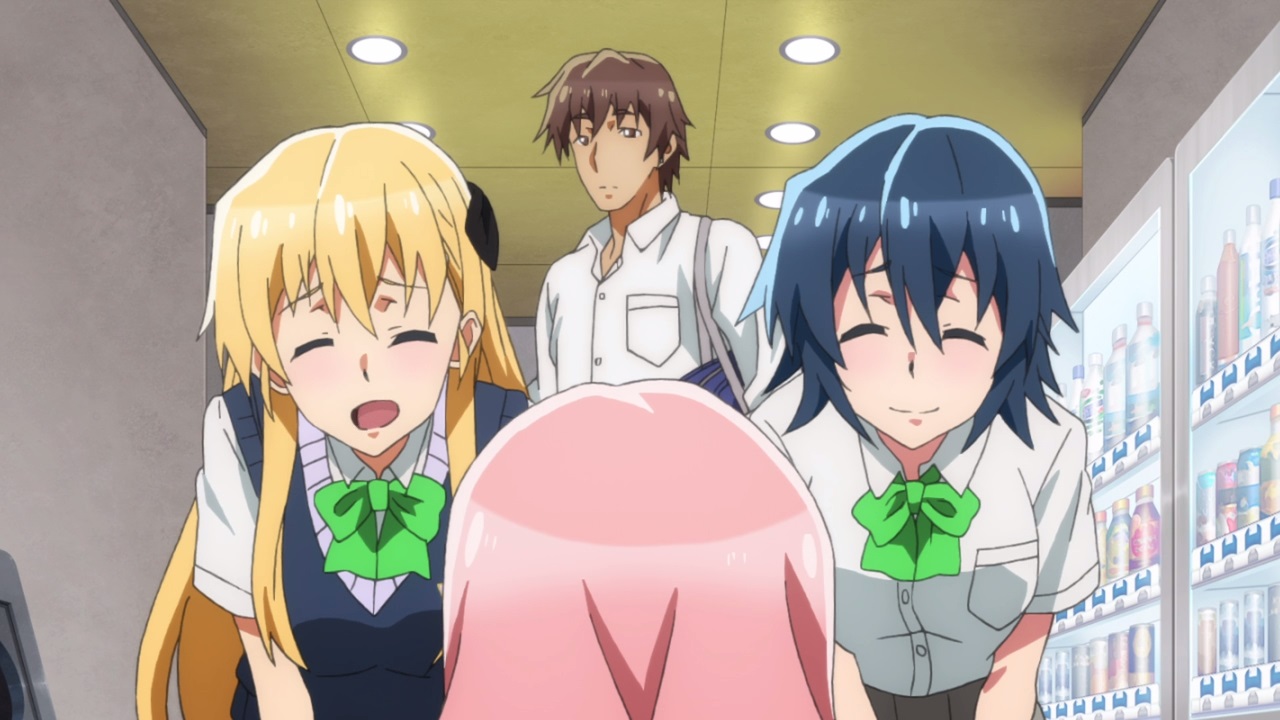 Fortunately, Karen Tendou and the rest have caught up with Aguri-san and cleared up some misunderstandings.

Still, the sexual tension remained unresolved ’cause it’s complicated where Keita Amano loves Karen Tendou, but Chiaki Hoshinomori loves Keita and so on… 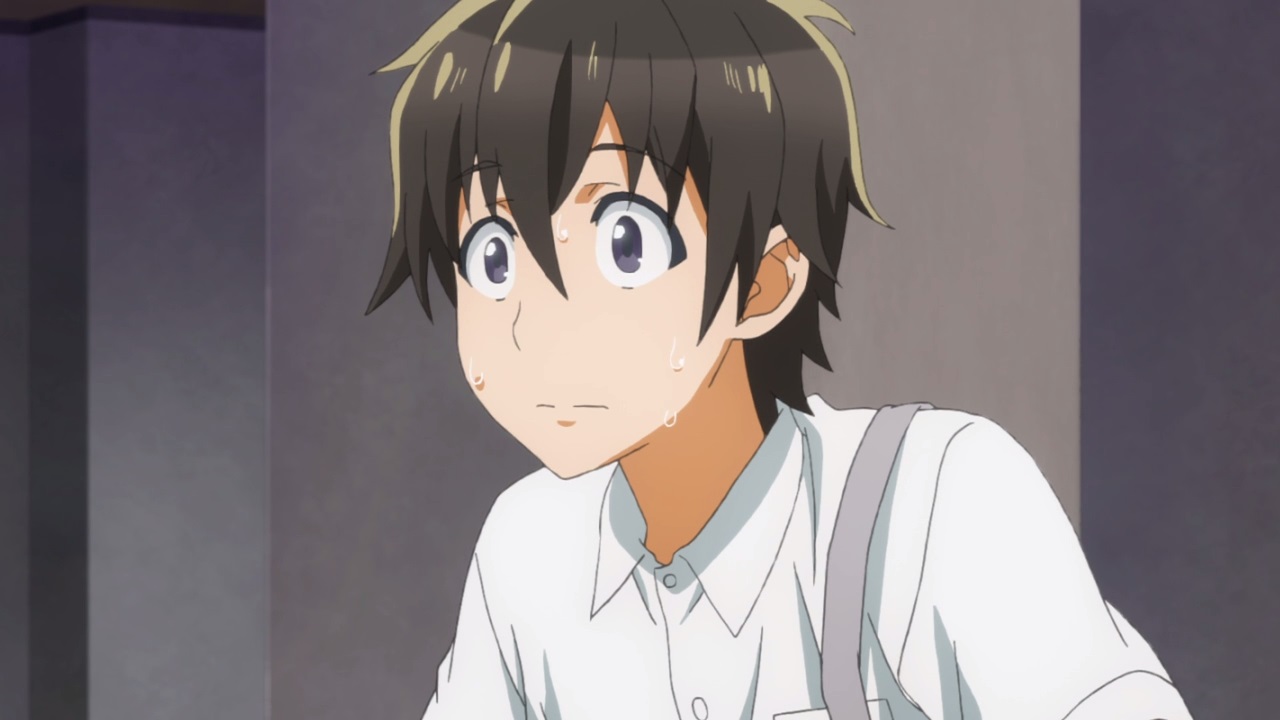 Speaking of Keita Amano, he postponed his purchase of Space Ocean V in order to check on Aguri-san. 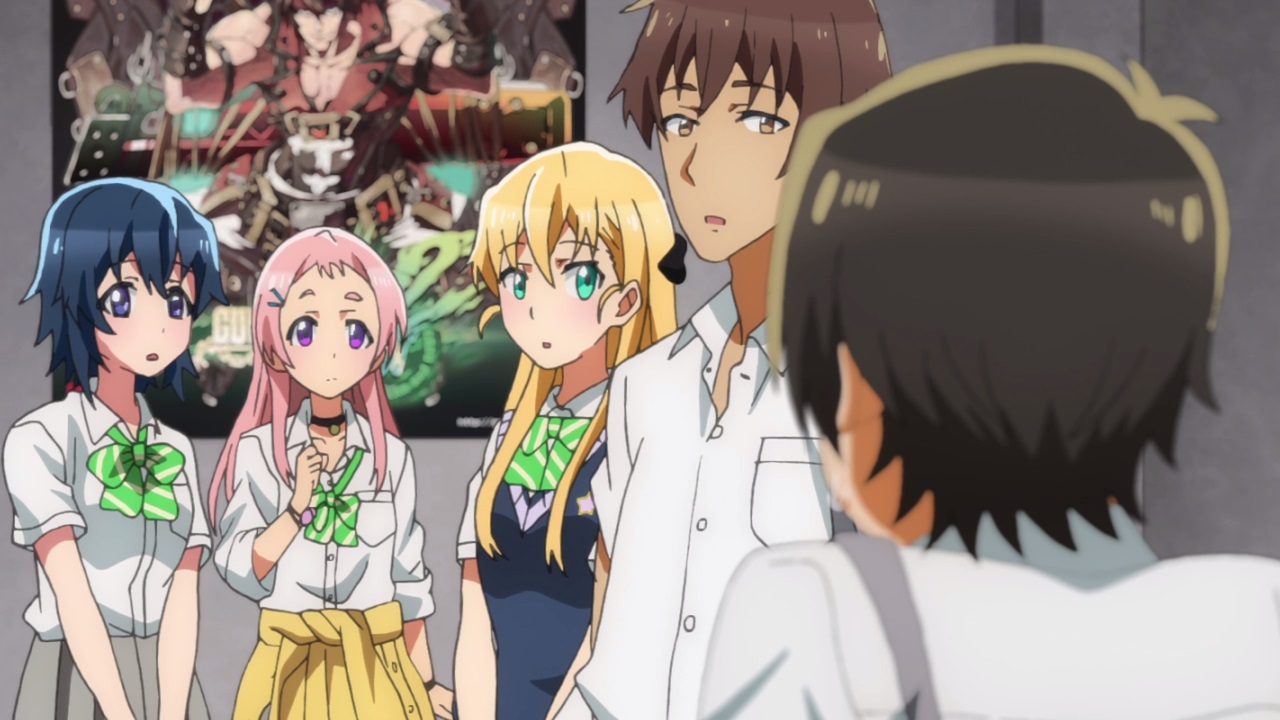 Then again, it’s already too late for Keita-kun. Seriously, they need to clear up this sexual tension or this show would end on a downer note for couples like Aguri-san and Tasuku Uehara!

Anyways, I’ll see you next time on Gamers! and if you’re still thinking that this show is all about video gamer, let’s throw that away ’cause it’s all about a love pentagon (or hexagon in you include Konoha) gone bad at this point.