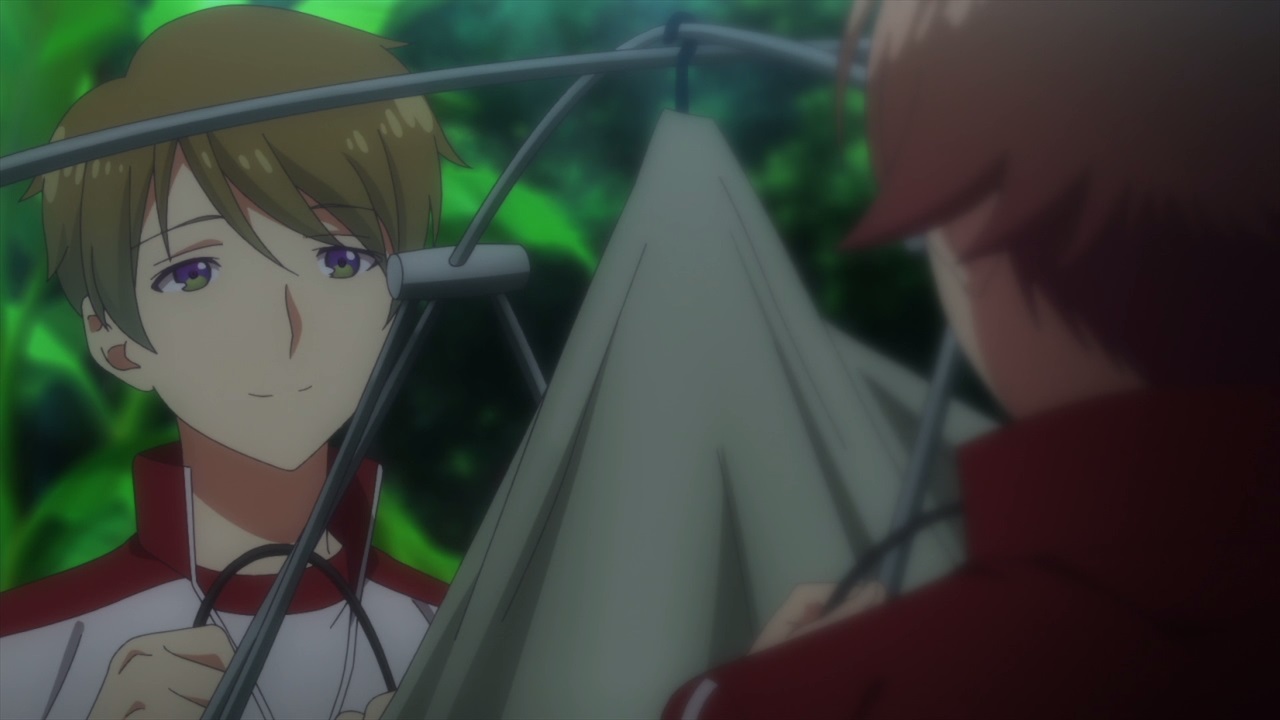 Here’s Yousuke Hirata again as he’s the most reliable guy in D-Class, and he also defended Kiyotaka Ayanokouji from being accused as a panty thief.

Yeah, Hirata-kun is a person that you can rely on… except when things gone wrong! 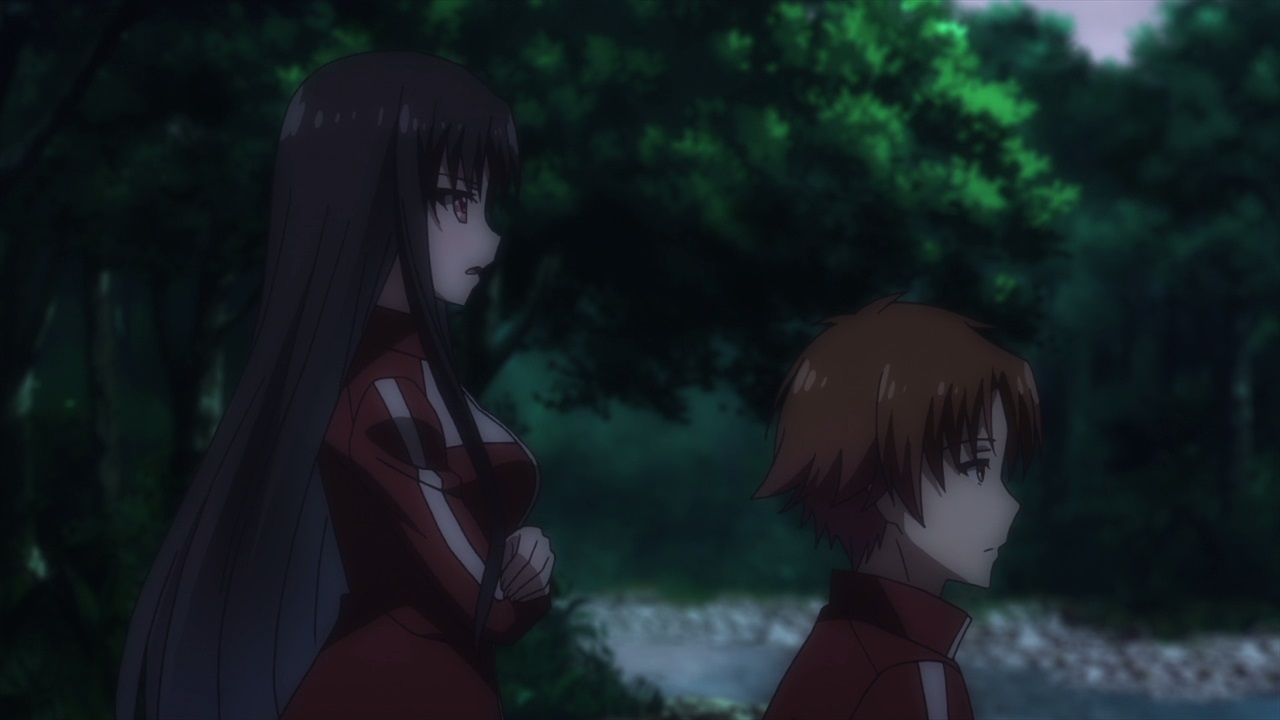 Speaking of Kiyotaka Ayanokouji, he asked Suzune Horikita if she has her key card (which she still kept it in her pocket), as well as her current health in which Kiyotaka is worried about Suzune.

Gotta say that despite being a deadpan character, Ayanokouji cares a lot of people. 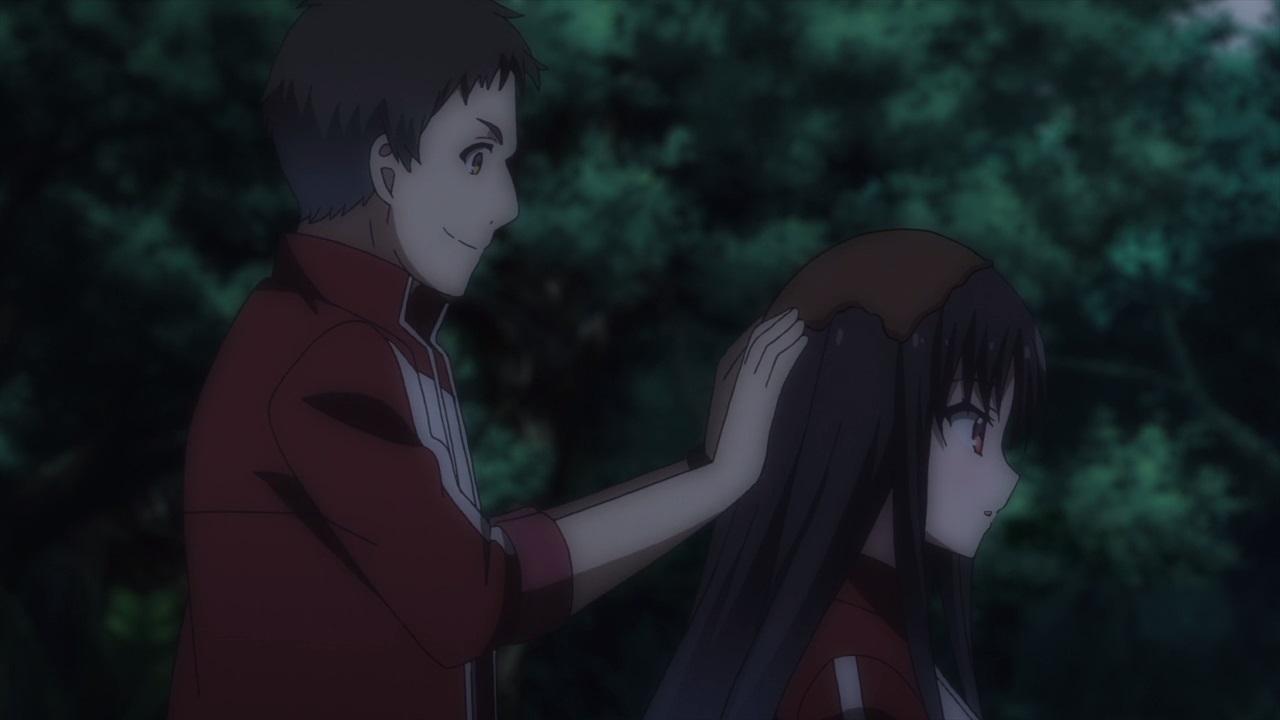 However, Haruki Yamauchi throws some dirt at Suzune Horikita. Not a good idea there from Yamauchi… 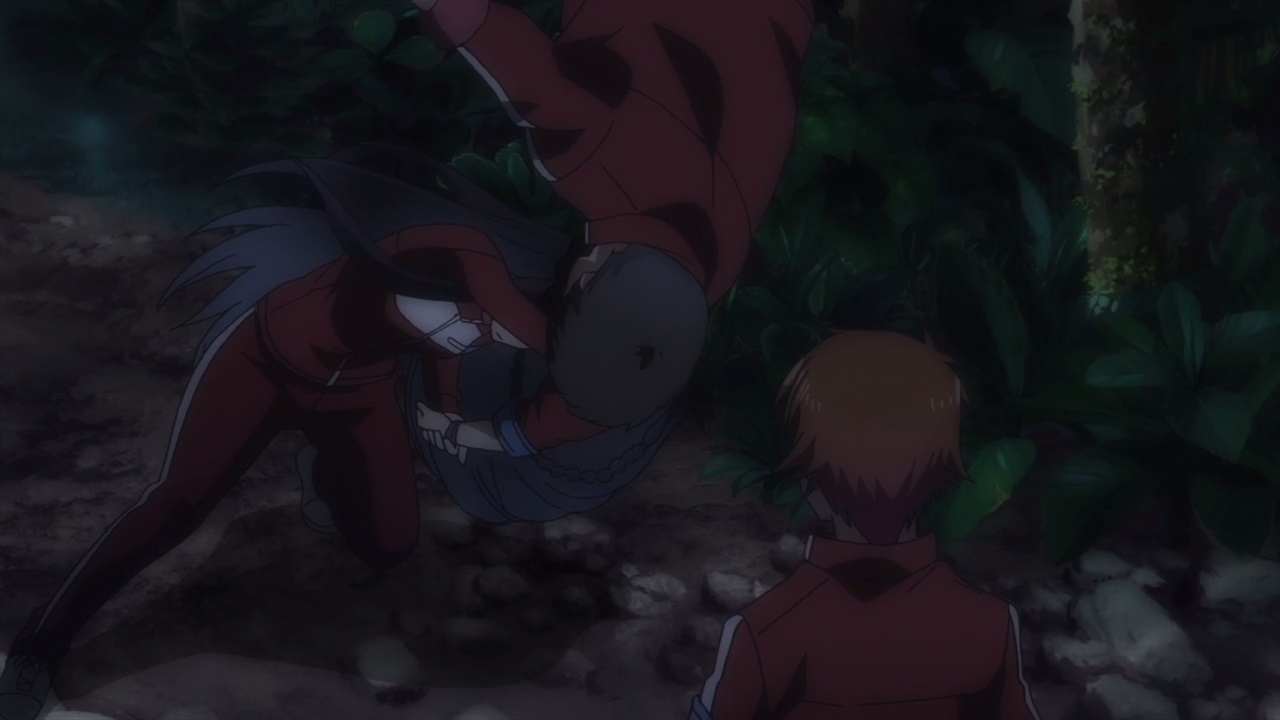 …which he got thrown over by Horikita. Yeah, sucks that Haruki got owned despite Suzune having a fever! 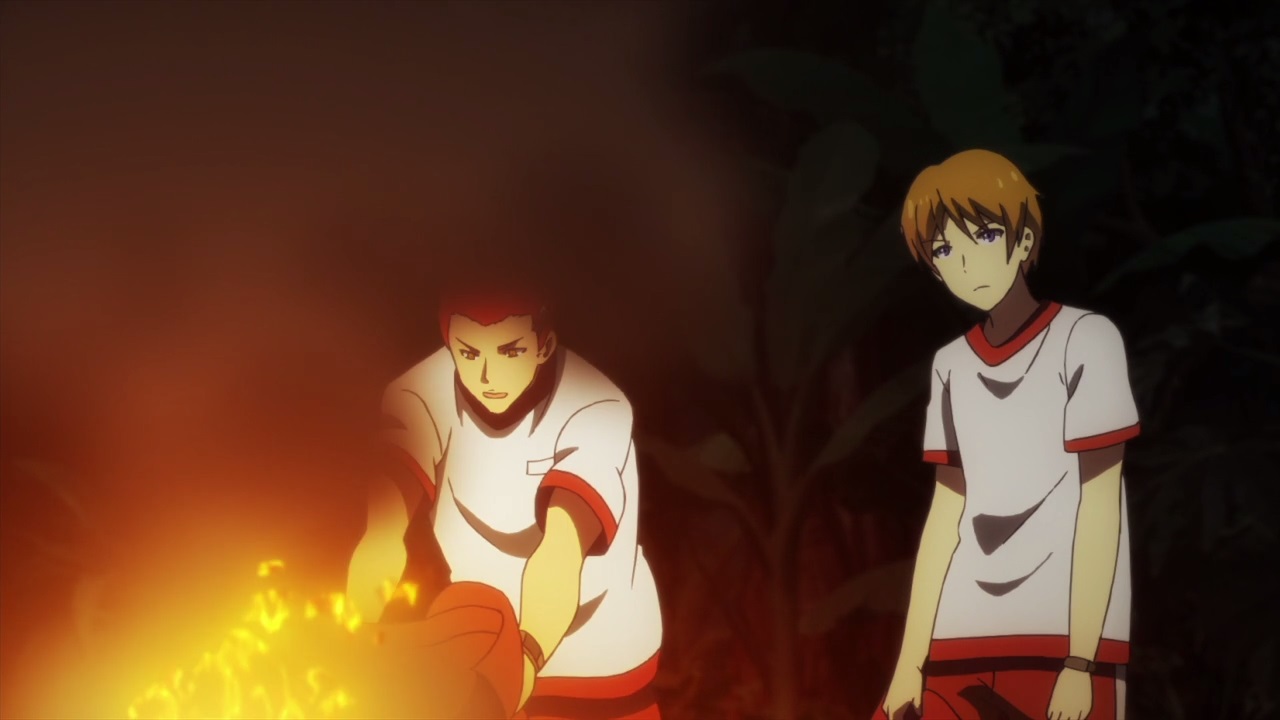 Now then, let’s move onto something serious as D-Class are having trouble putting out a fire at the camp site. After all, only THEY can prevent jungle fires! 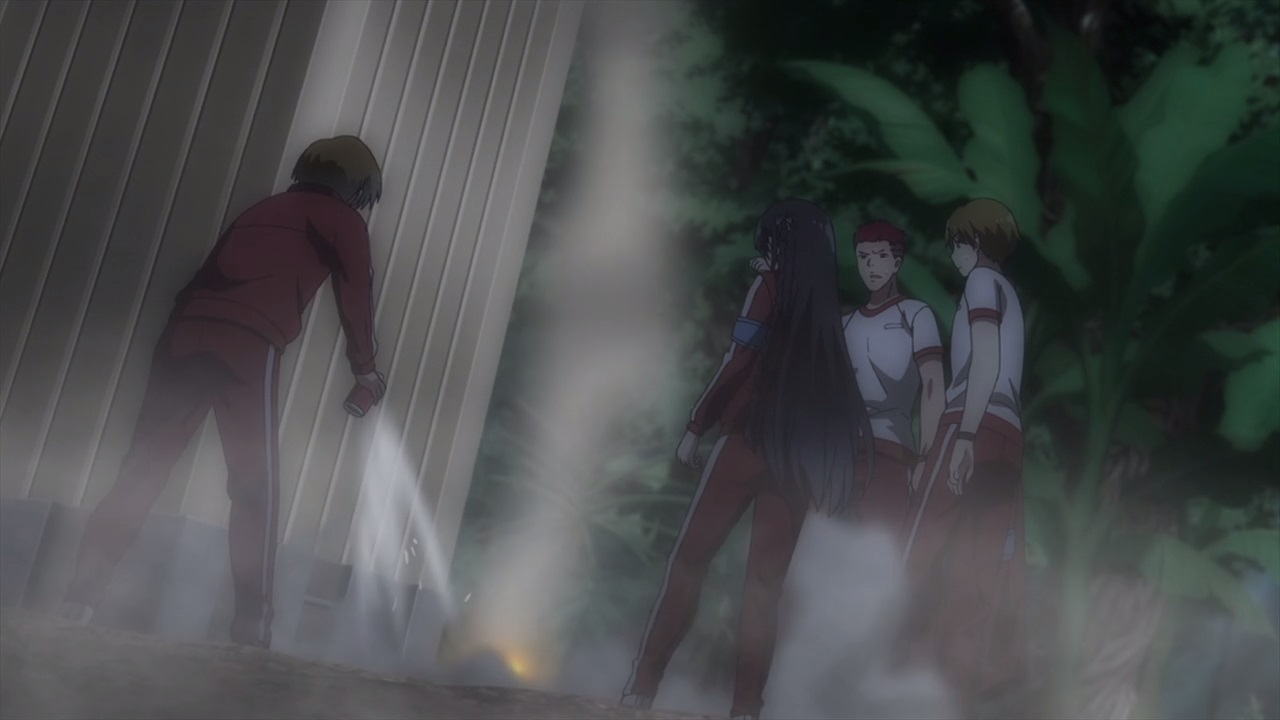 But after putting out the fire, the accusation has started where everyone is pointing fingers at each other. Then again, that must be a work of a spy from the other class, mostly C-Class… or Rokusuke Kouenji. 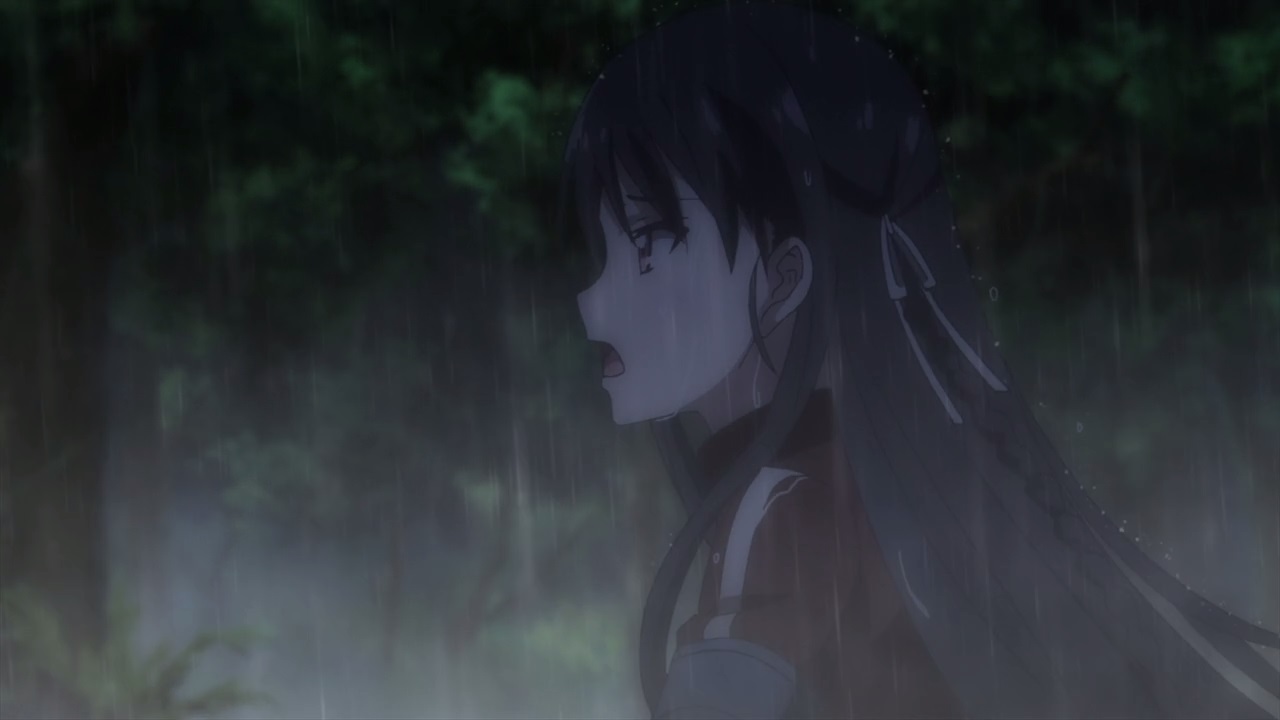 So, Suzune Horikita went to find the culprit who not only started the fire, but also stole Suzune’s key card in which she got careless!

Of course, let’s not forget that Horikita got a fever and getting drenched in the rain would make her body pretty heavy. 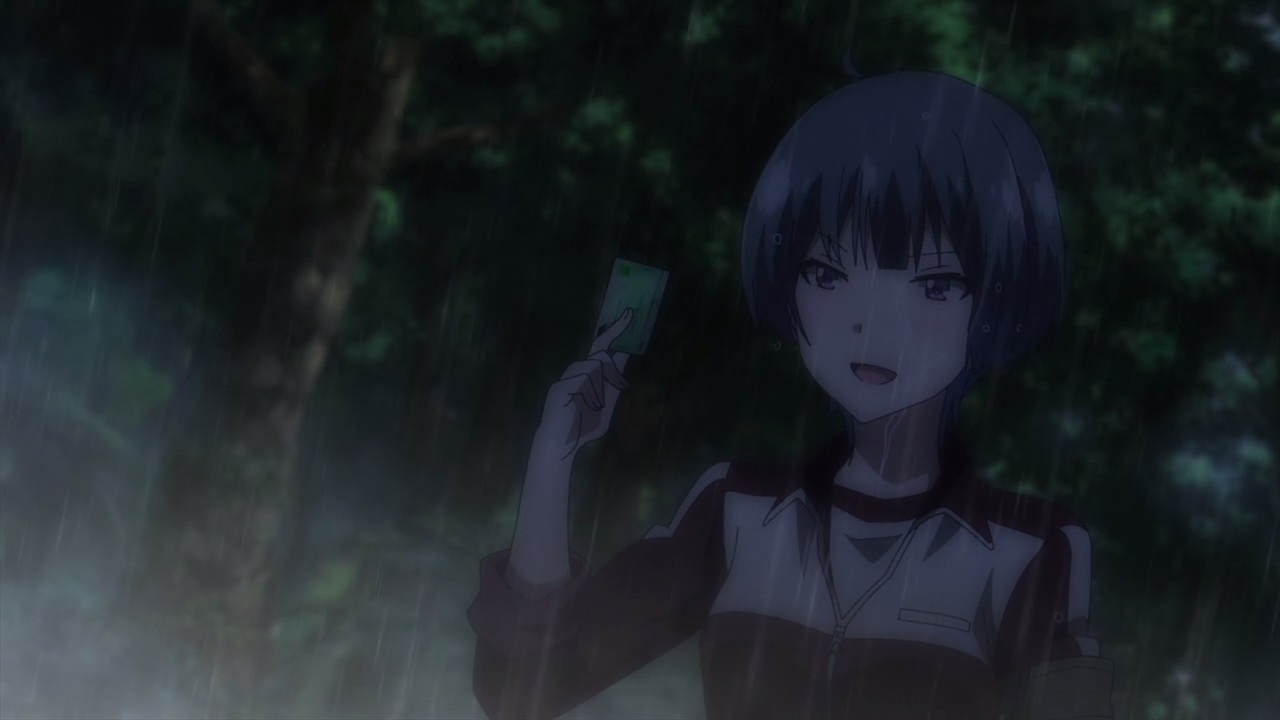 Anyways, turns out that it was none other than Mio Ibuki who stole Suzune’s key card and brought chaos in D-Class. This includes stealing Kei Karuizawa’s panties and place it onto some random guy.

Damn, I thought that Kouenji is messing with the D-Class, but then again he only cares for himself and not for other people. Still, it’s a shocker that Ibuki played as the victim, which then brought confusion in D-Class when they’re extremely vulnerable! 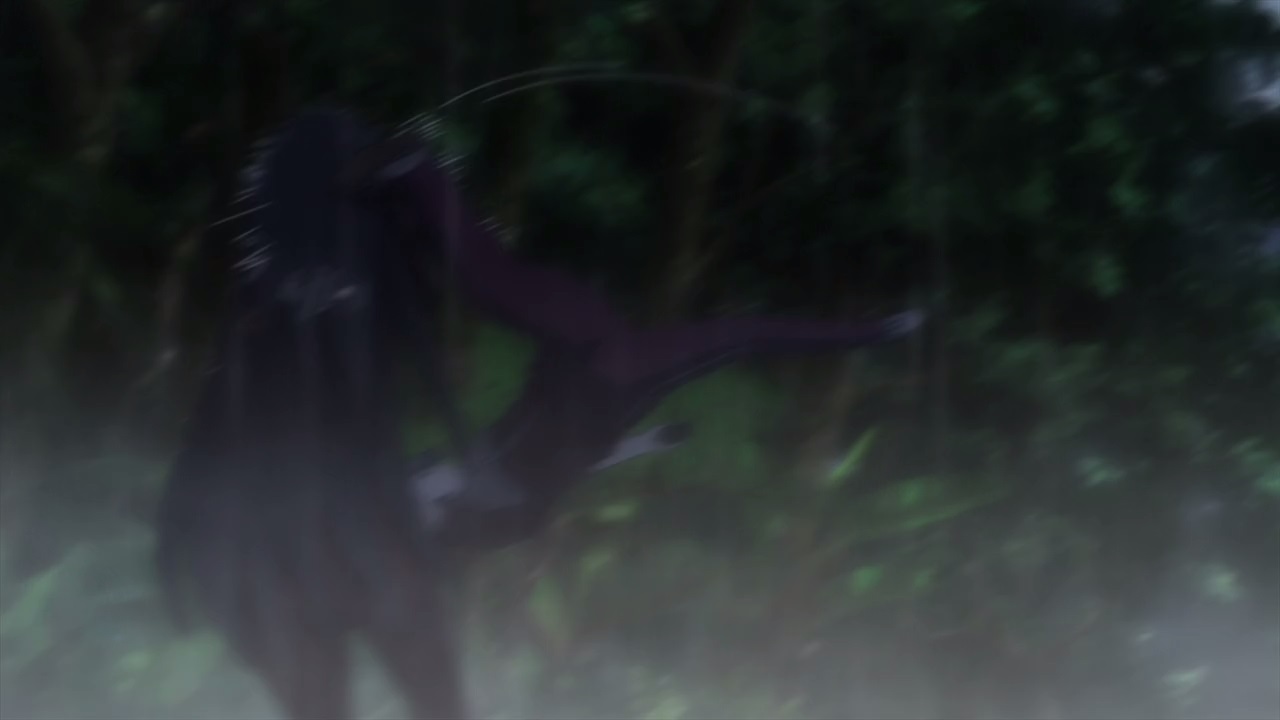 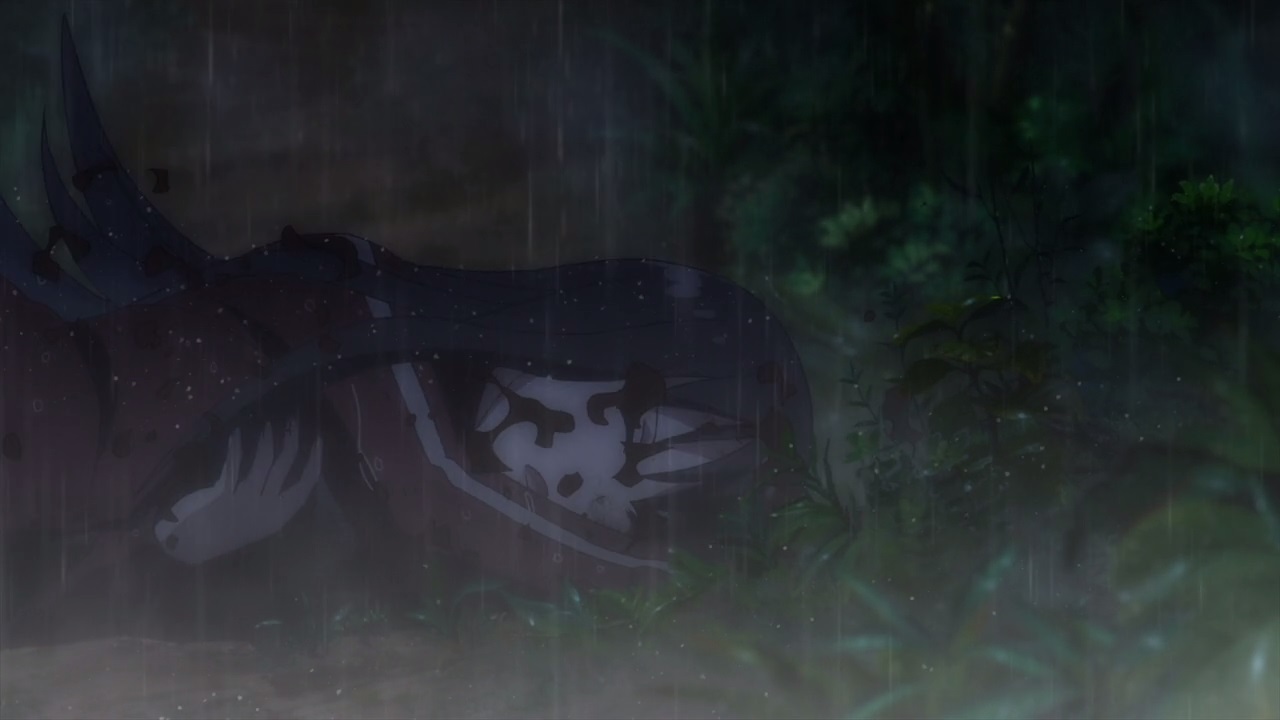 But now that Mio Ibuki revealed as the perpetrator, it’s time for her to knock Suzune Horikita out because she knows too much.

Well then, this could be a problem as without Suzune’s key card, D-Class’ camping spot will be revoked since they can’t renew it! 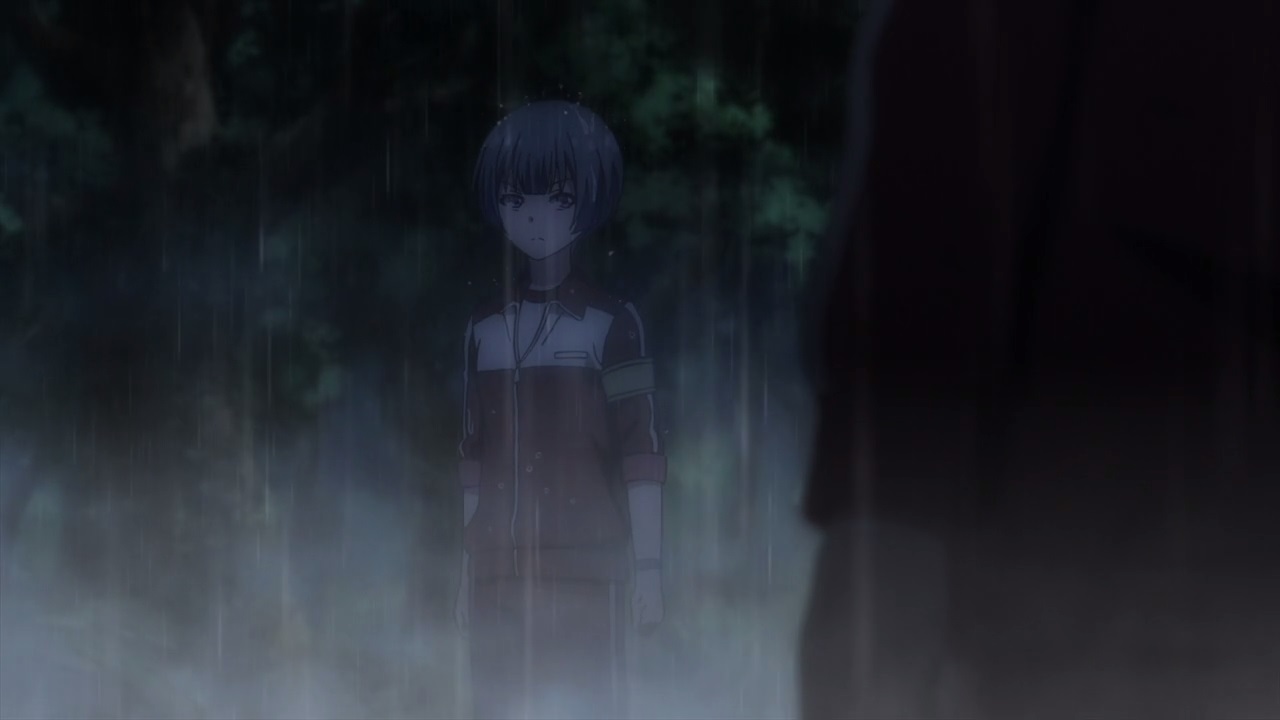 Worse of all, Mio Ibuki is about to give the stolen key card to this mysterious person. Could it be that she’s working with Kakeru Ryuuen all along?

Anyways, tune in next time for the final episode to find out! Gotta say that this episode is very thrilling.