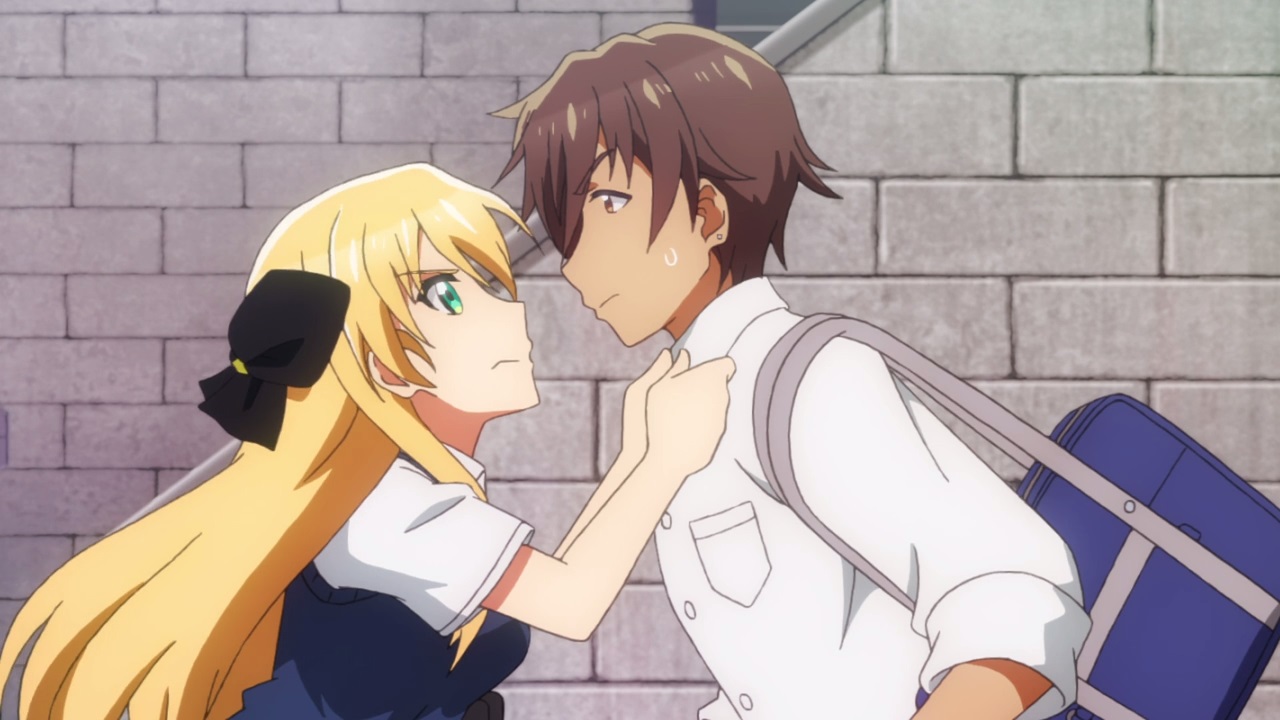 Hey everyone, it’s time for the penultimate episode of Gamers!, where Karen Tendou and Tasuku Uehara are worried about Keita Amano and Aguri-san.

C’mon, last week’s episode saw Keita-kun cut his trip to buy Space Ocean V in order to check on Aguri-san, which both Karen and Tasuku got slightly suspicious over them. Then again, it’s not like Keita and Aguri-san are having an affair, right? 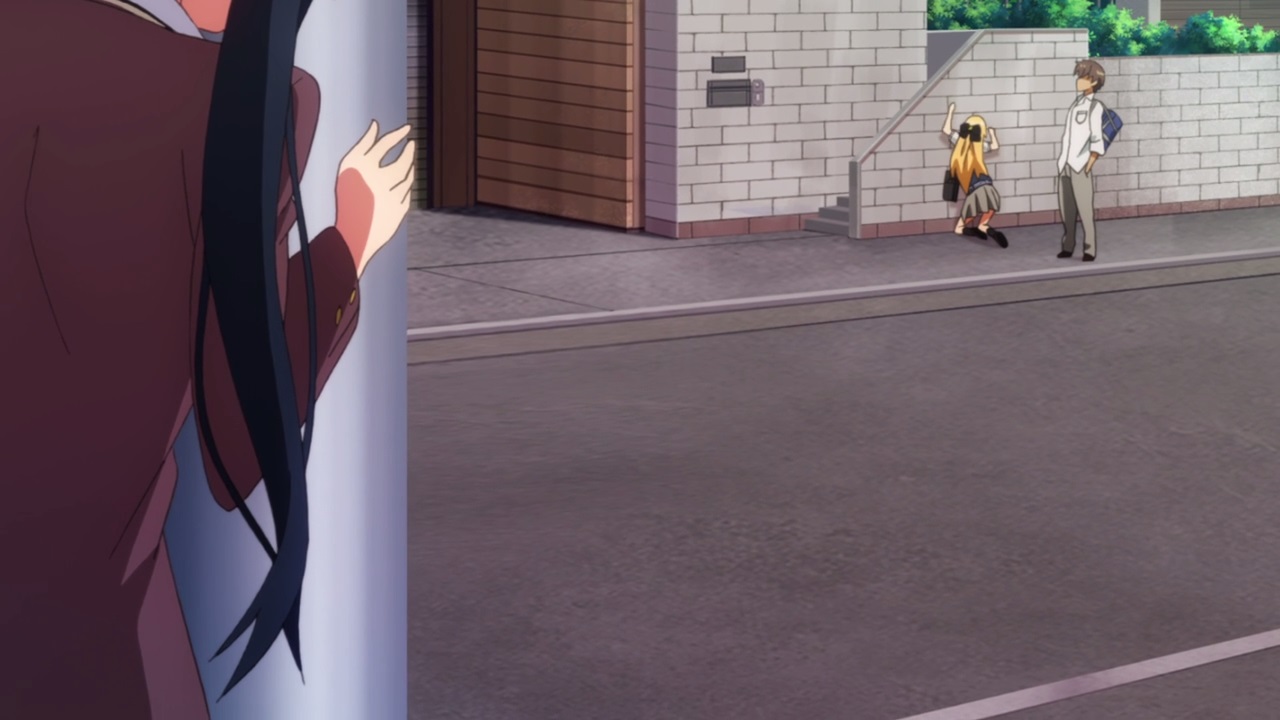 Still, both Karen Tendou and Tasuku Uehara wanted to clear up some misunderstandings and patch things up with their respective partners… by going to an amusement park!

Then again, someone is snooping on Karen-chan and Tasuku. I have a bad feeling about this… 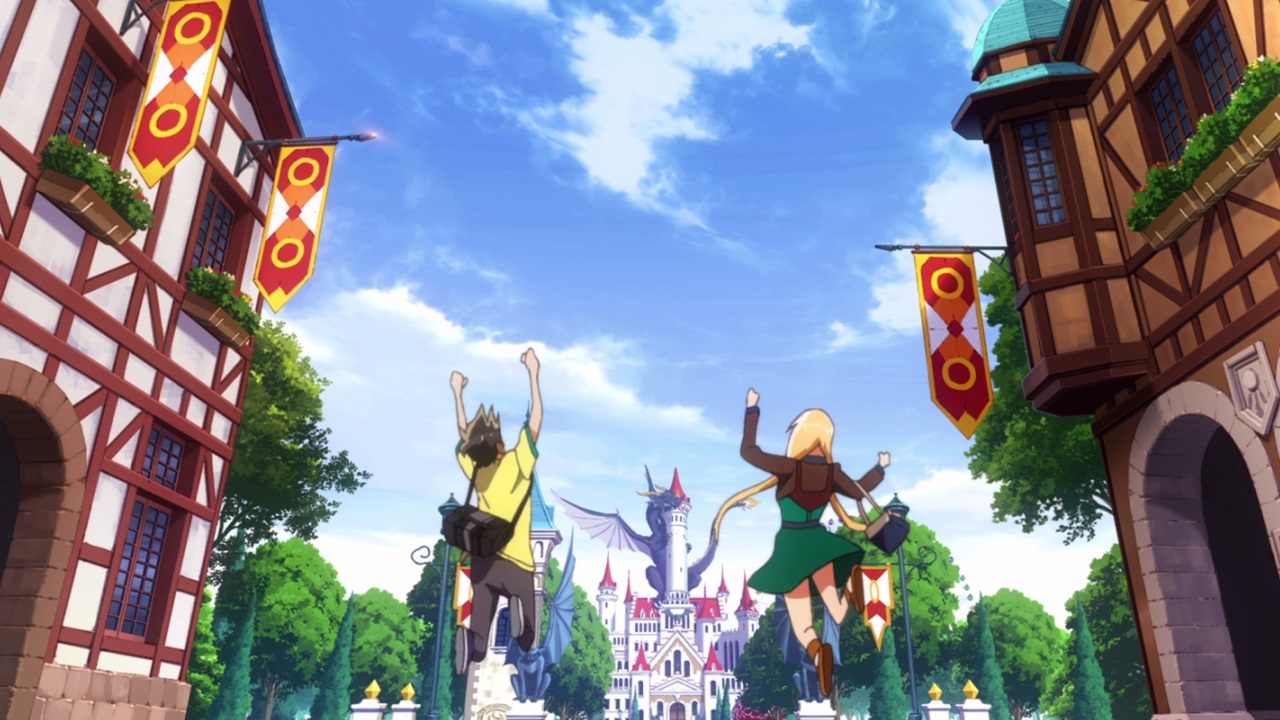 Anyways, it’s time for the double date at Spiel Kingdom, an amusement park that looks like a drab town from a typical Japanese role-playing game. And yes, both Keita and Karen are squealing over it! 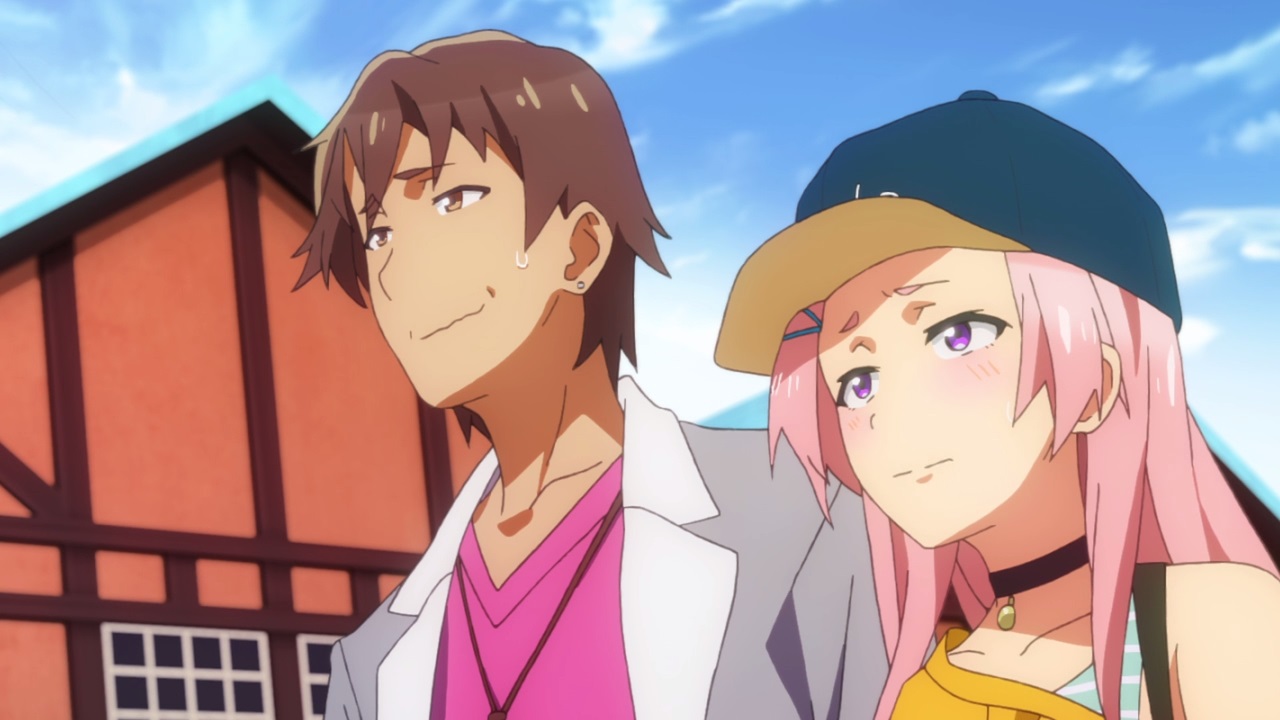 Well, except for Tasuku Uehara and Aguri-san as they couldn’t get it on how both Amano and Tendou are excited to be on this amusement park based on a mid-game town.

Then again, they have some different tastes when it comes to games (except for Aguri). 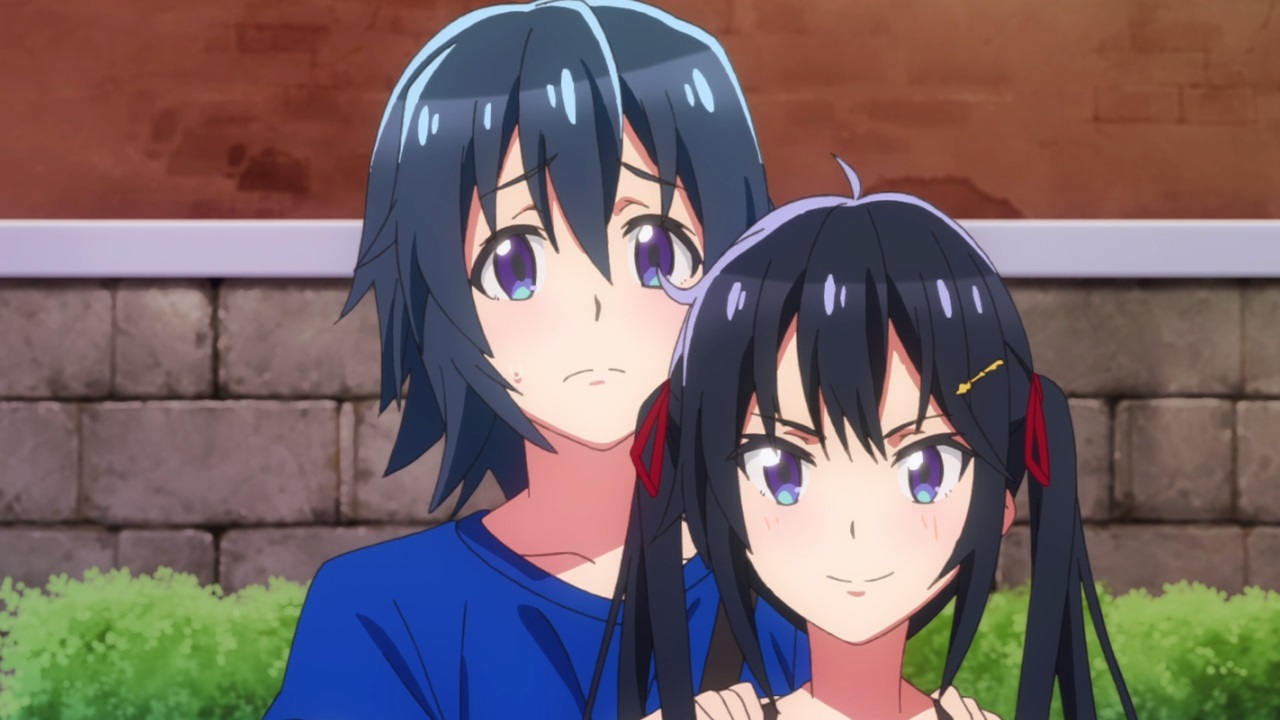 Oh yeah, and remember what I’ve told you earlier that someone is eavesdropping the conversation between Tendou and Uehara? Well, turns out that Konoha Hoshinomori is one who’s spying on them and thus, she decides to butt in together with Chiaki as the 5th and 6th wheel, respectively!

But seriously Konoha-chan, as much as you want your sister Chiaki to pair up with Keita-kun, intervening this double date would be problematic as the misunderstandings among the characters would become much worse. Dammit, Konoha Hoshinomori! 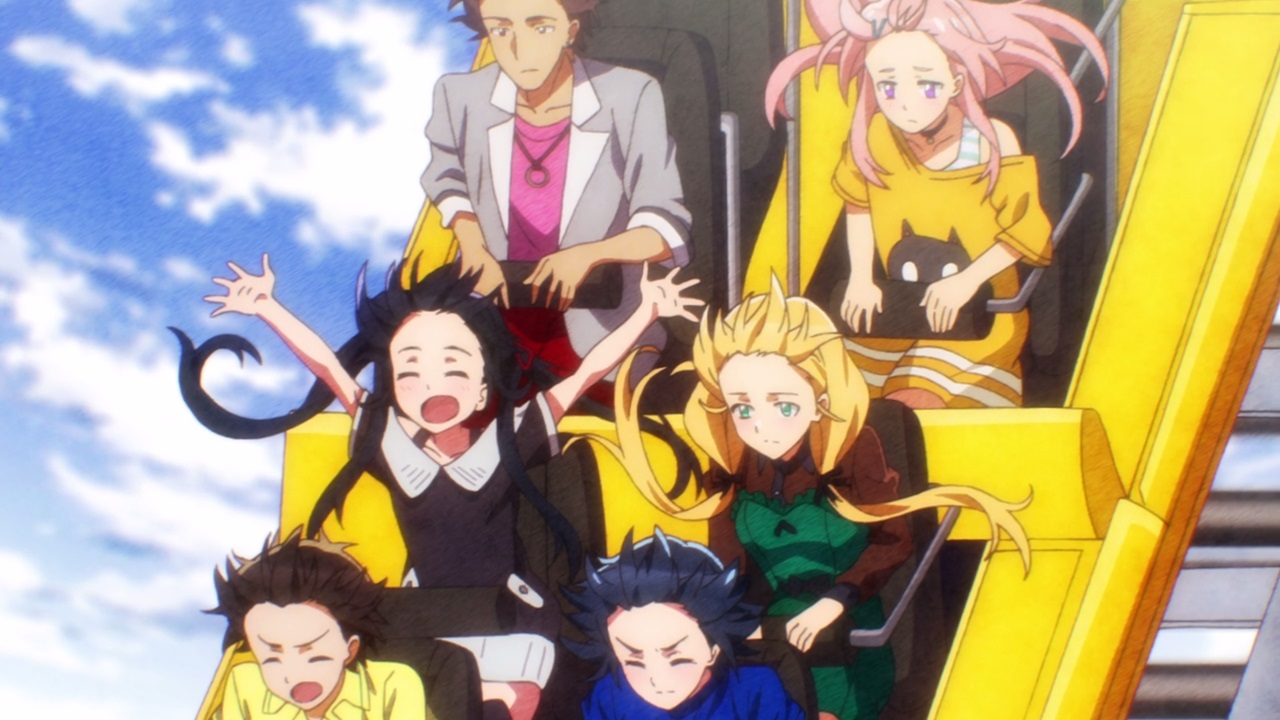 Anyways, it’s time for these six characters to enjoy the theme park, from roller coasters to other attractions.

Then again, Tasuku Uehara, Aguri-san, and Karen Tendou are not enjoying it one bit. This is supposed to be a double date! 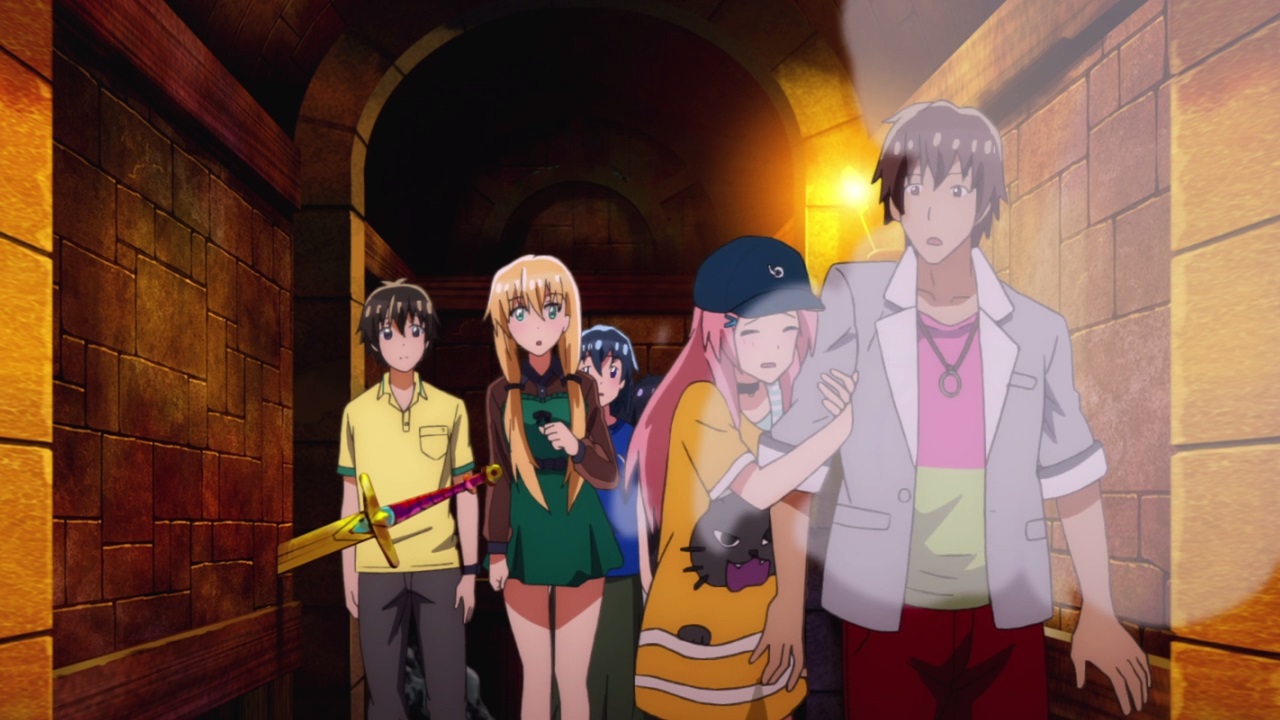 Oh yes, let’s not forget about the haunted house where Aguri got scared that she clings onto Uehara.

Well, I’m hoping that both of them would clear up some misunderstandings and reconcile after this! 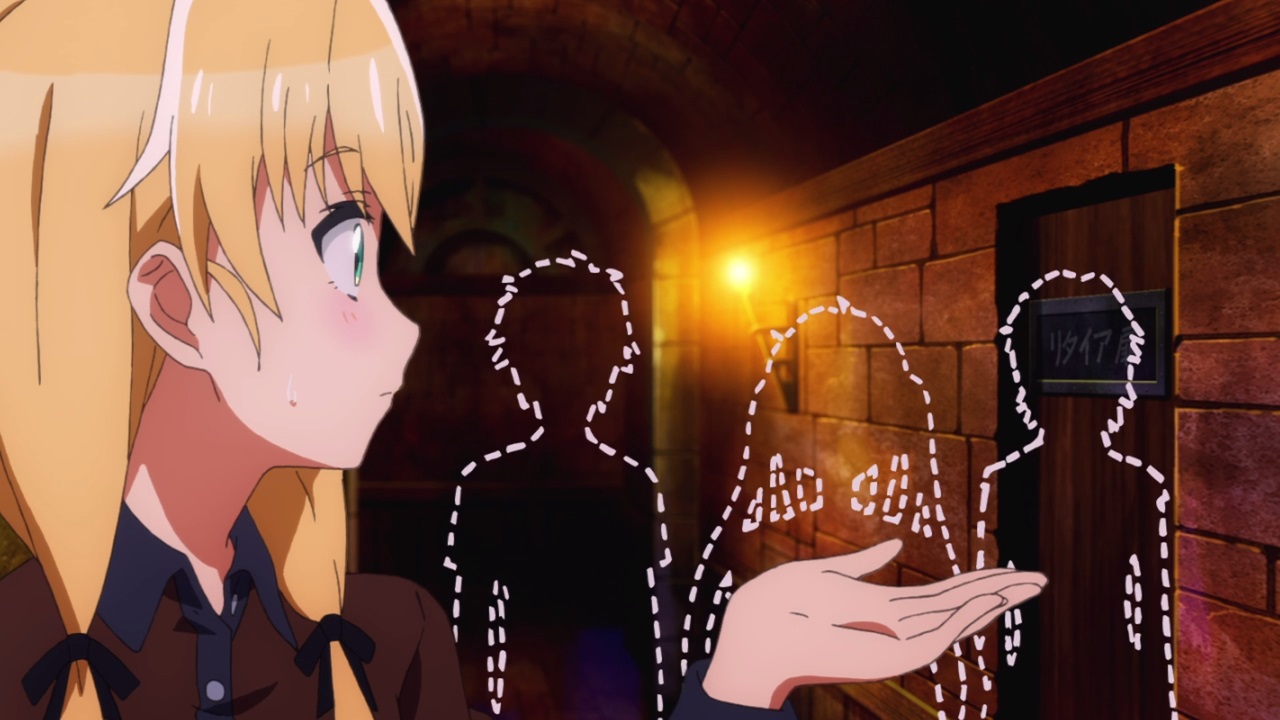 On the other hand, Karen Tendou asked Keita Amano to hold her hand, but it seems that he went missing together with the Hoshinomori sisters. Yeah, I felt something suspicious about it! 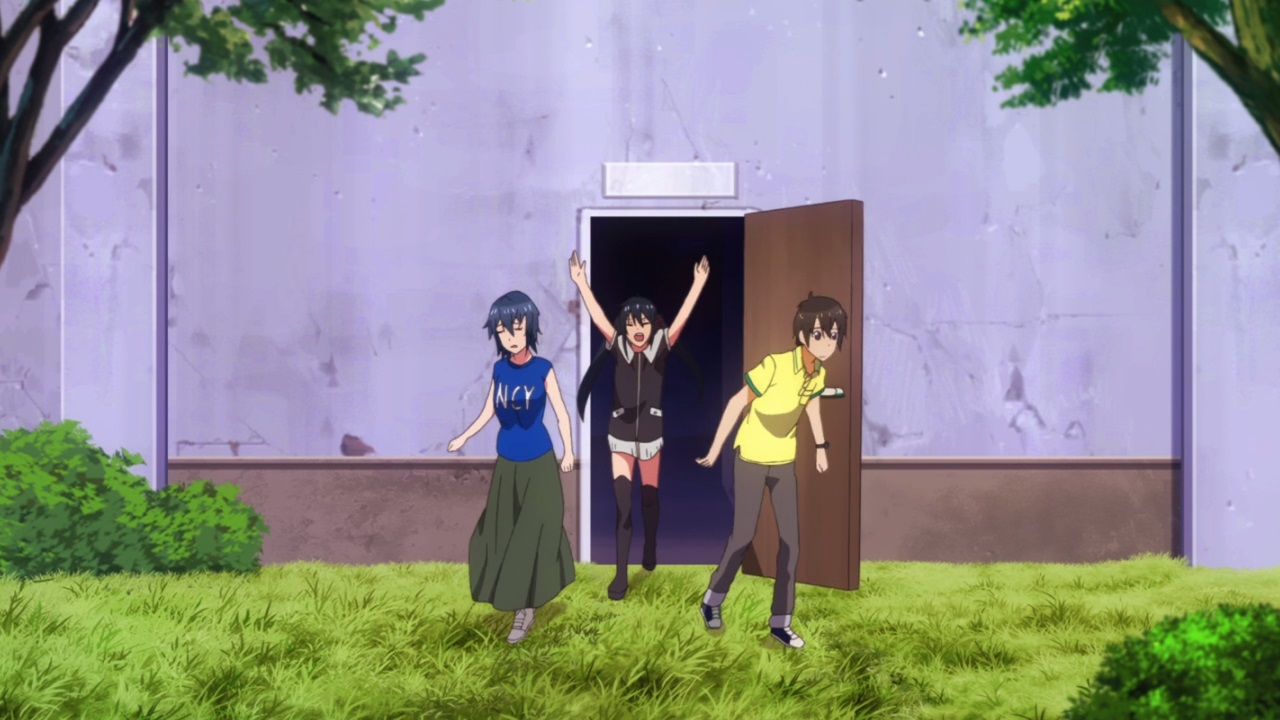 Anyways, Konoha dragged her sister and Keita-kun to the exit so that they can spend their time by themselves. Nice idea there, Konoha-chan! 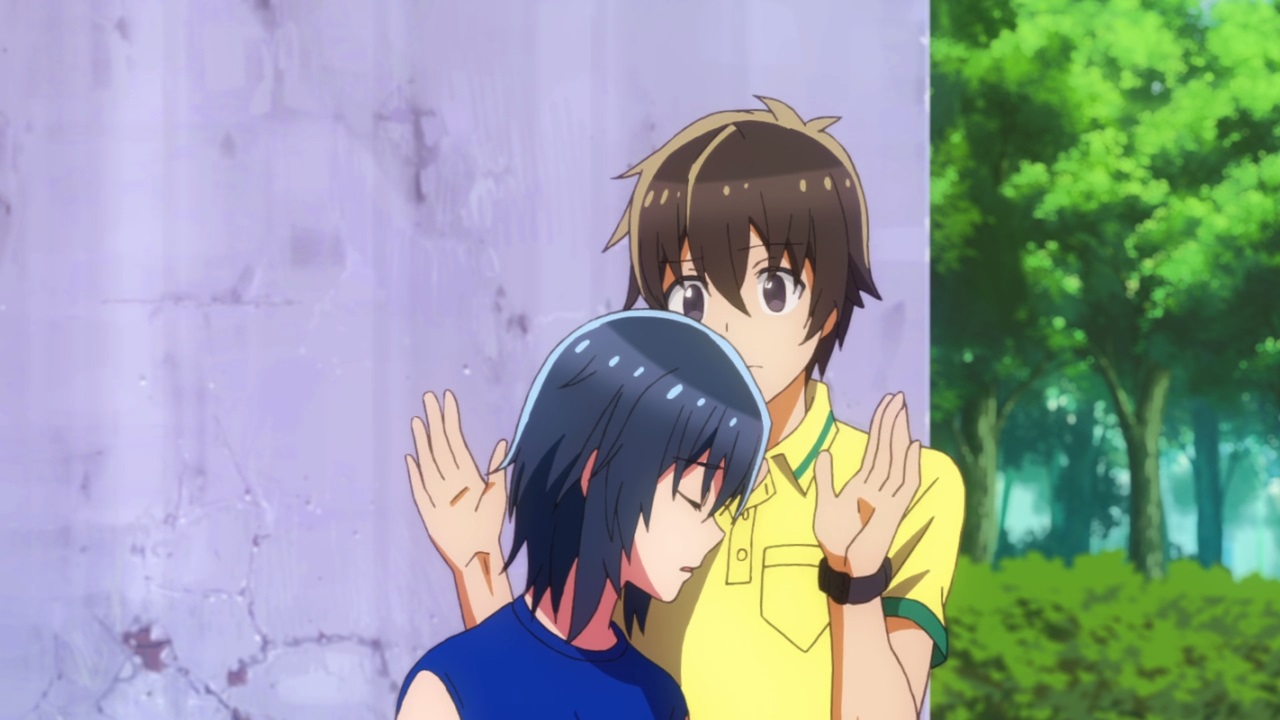 Of course, seems that Chiaki Hoshinomori got a bit dizzy and fainted. So much for Konoha’s plan to hook them up! 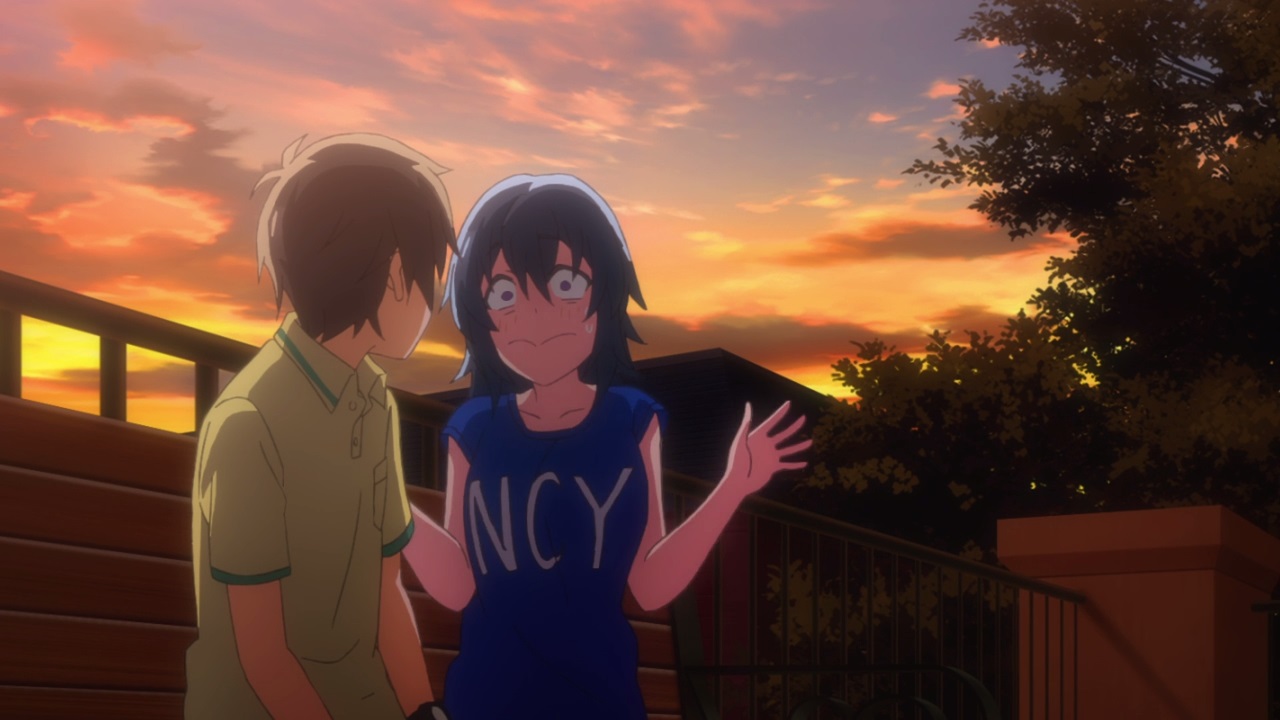 But eventually, they had a conversation where Chiaki Hoshinomori asked Keita-kun’s thoughts on MONO and NOBE, which is actually Chiaki’s alter-ego but she put them to Konoha instead. Y’know what, Chiaki should tell him about it instead of keeping Keita in the dark!

As for Keita Amano, he’s blessed that he not only got friends who have a common interest in video games (except for Aguri-san), but Keita is happy to be Karen Tendou’s boyfriend. Sucks that Chiaki has become friend-zoned at this point. Now that it’s over, it’s time for the parade! 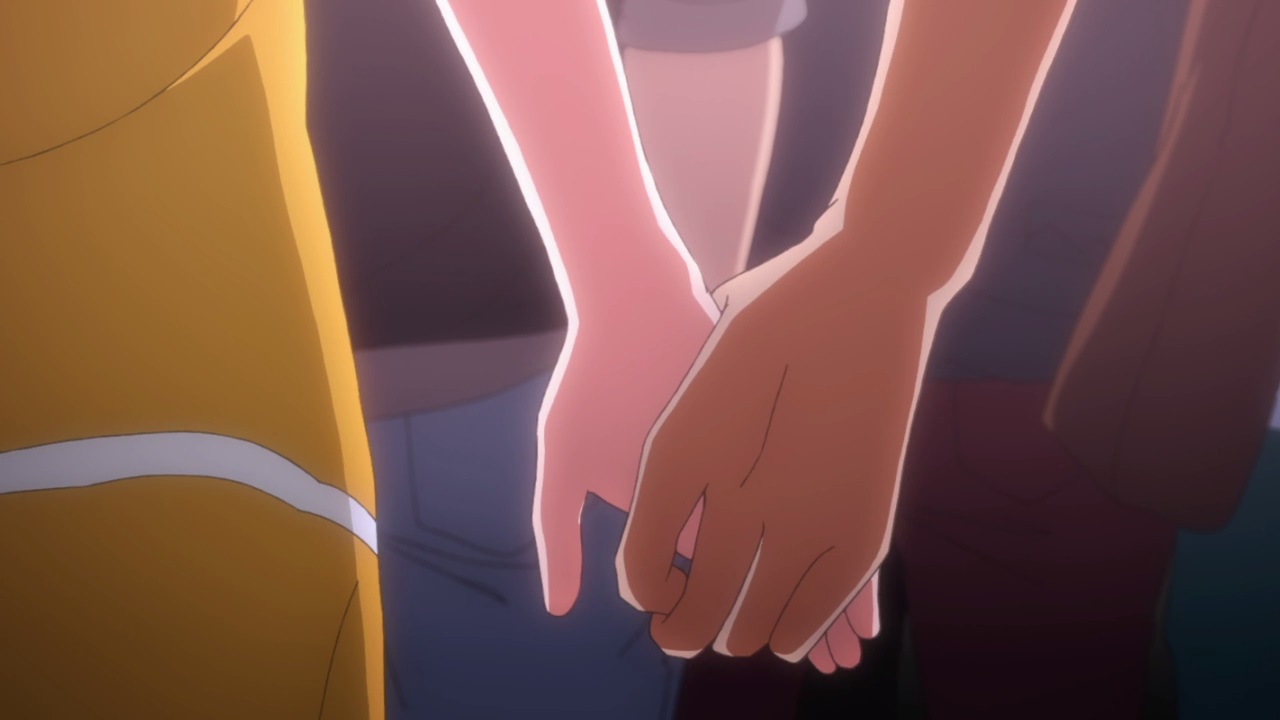 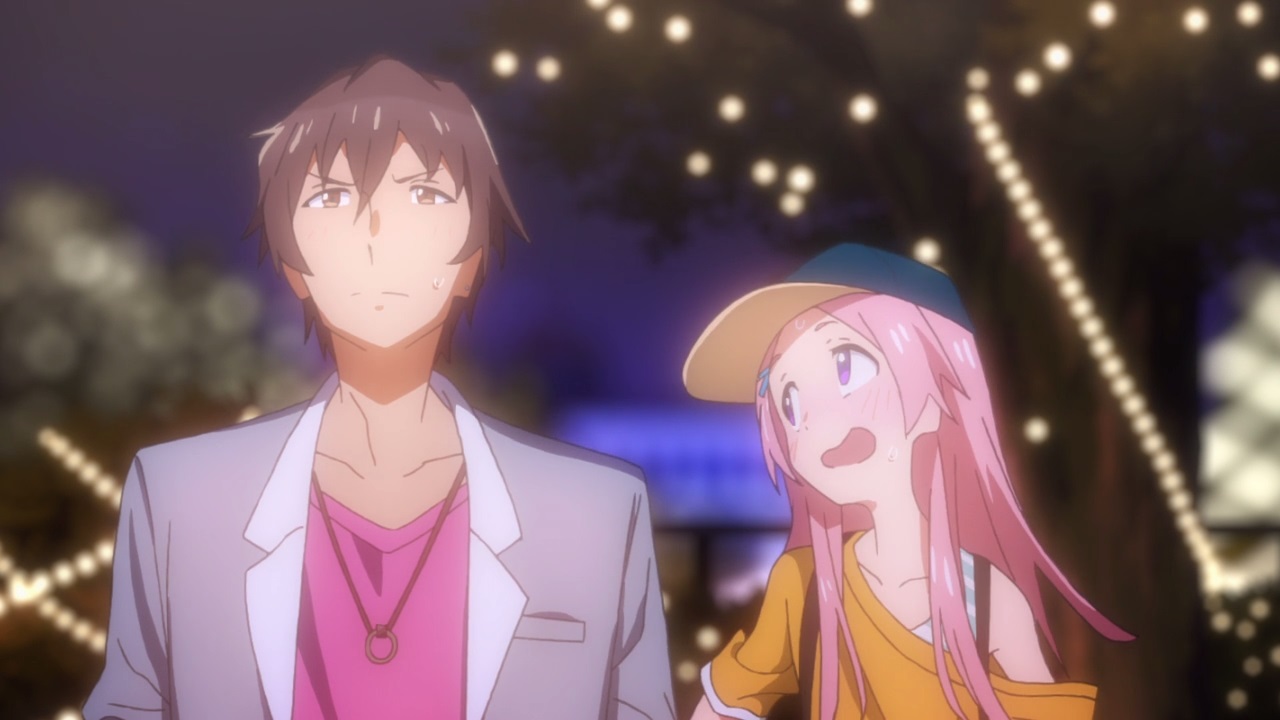 And look, seems that Tasuku hold Aguri’s hand tightly, which means that they finally reconciled after Aguri-san accusing Uehara of cheating with another girl. Isn’t it nice to see them together? 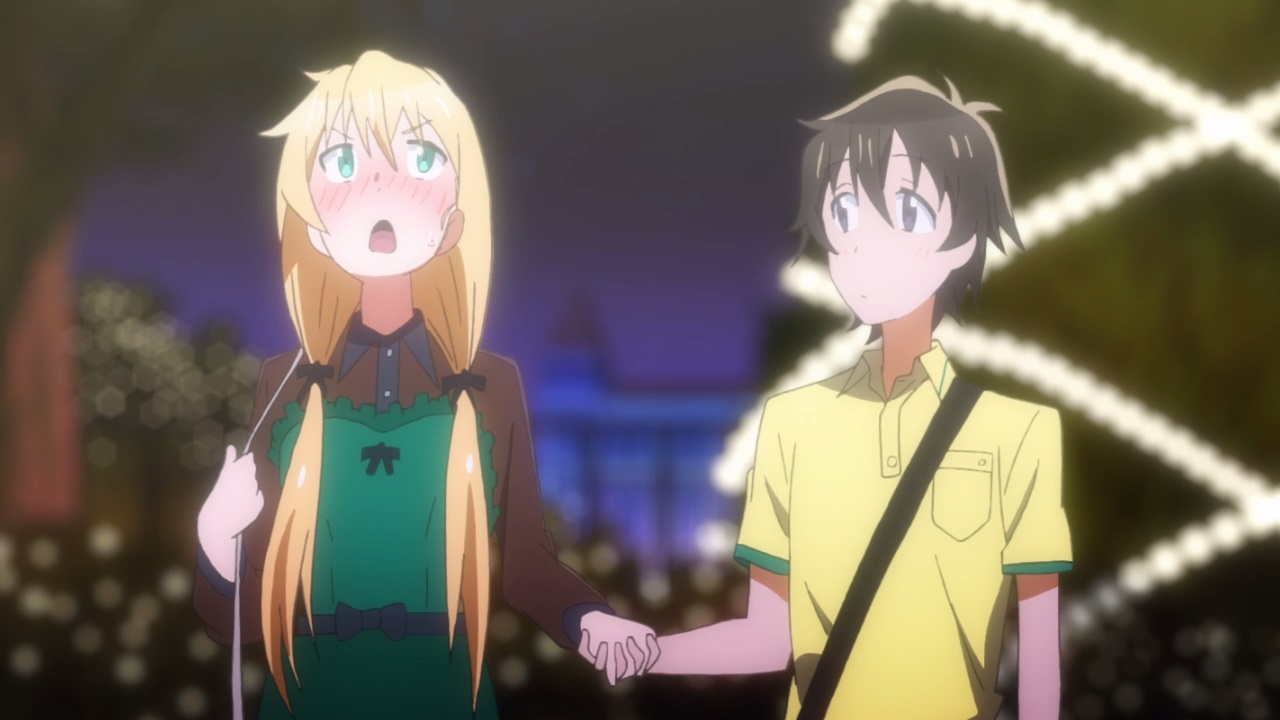 Also, here’s Keita Amano as he takes the initiative to hold Karen Tendou’s hand and invite her to go to the front row.

I like how Keita is treating his girlfriend well, but those haters are still gonna hate him! 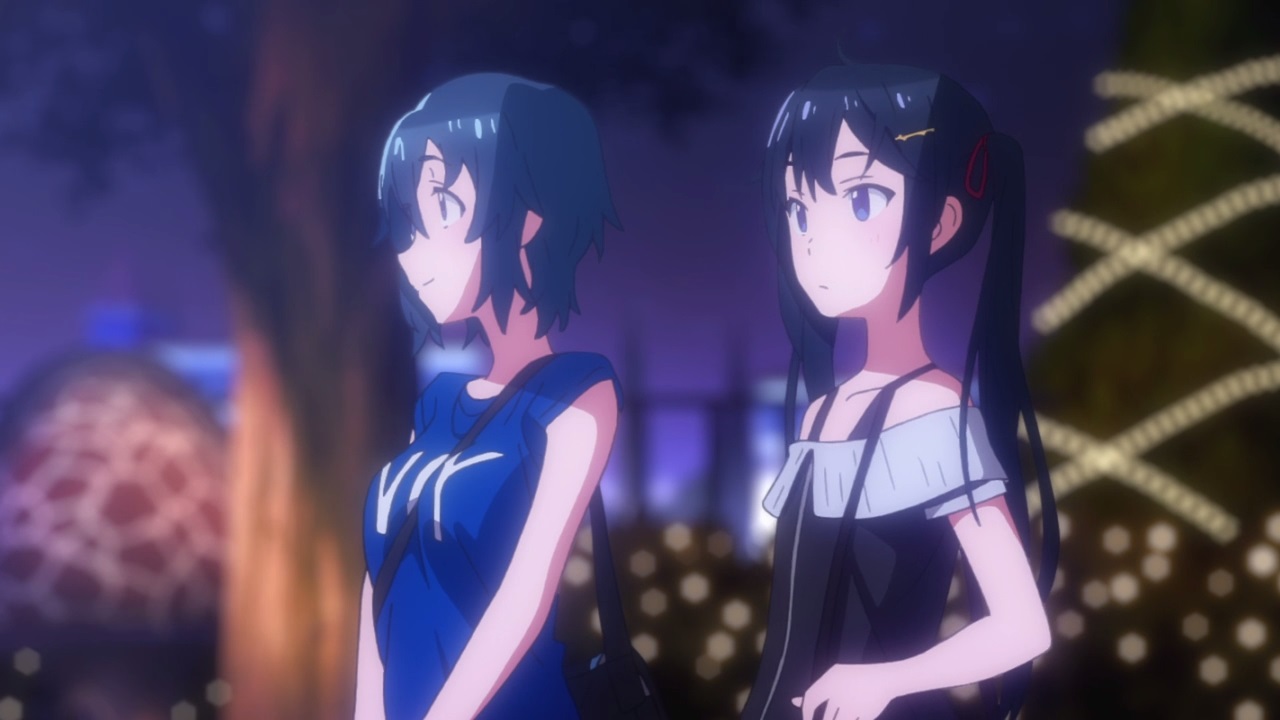 And lastly, here’s the Hoshinomori sisters as they enjoy the parade together. As much as Konoha wanted to hook Keita with her sister, I think that Chiaki is okay being friends with Keita-kun… for now.

Anyways, seems that I’m done with Episode 11 as I can’t wait for the final episode. Will Gamers! have a satisfying ending or a bad one?