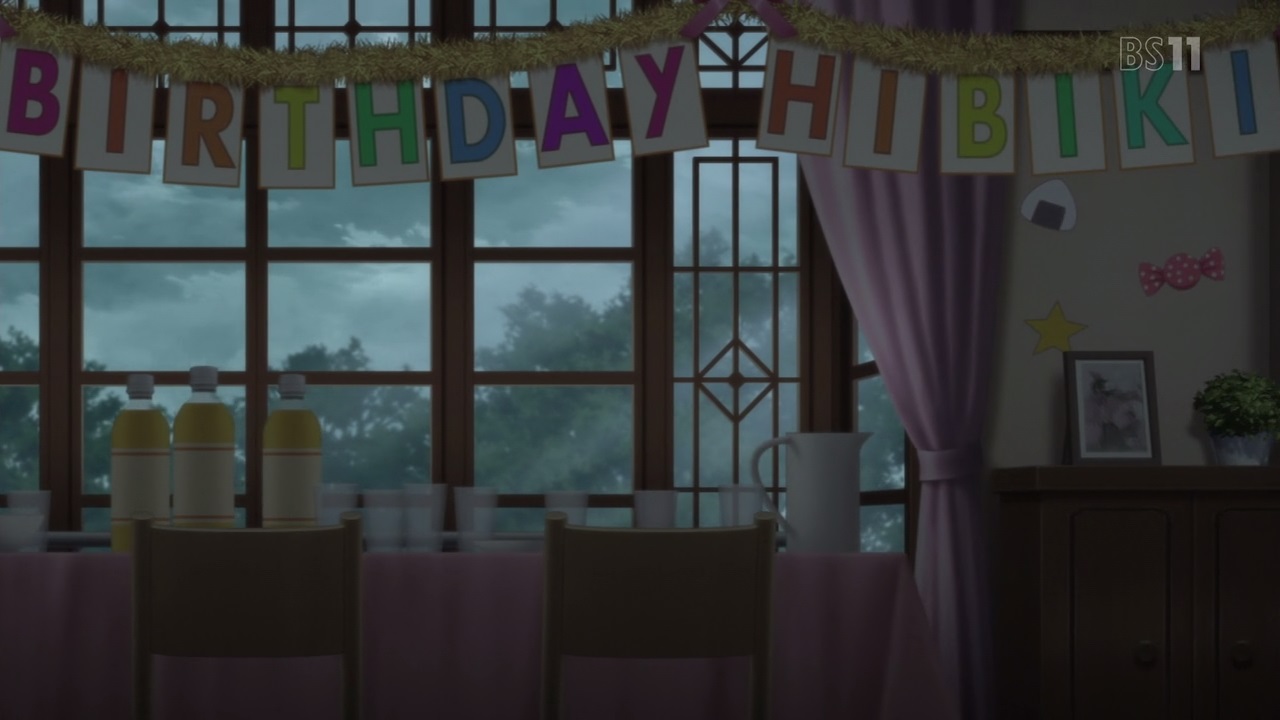 Well, this is very depressing as Hibiki Tachibana isn’t there to celebrate her birthday. 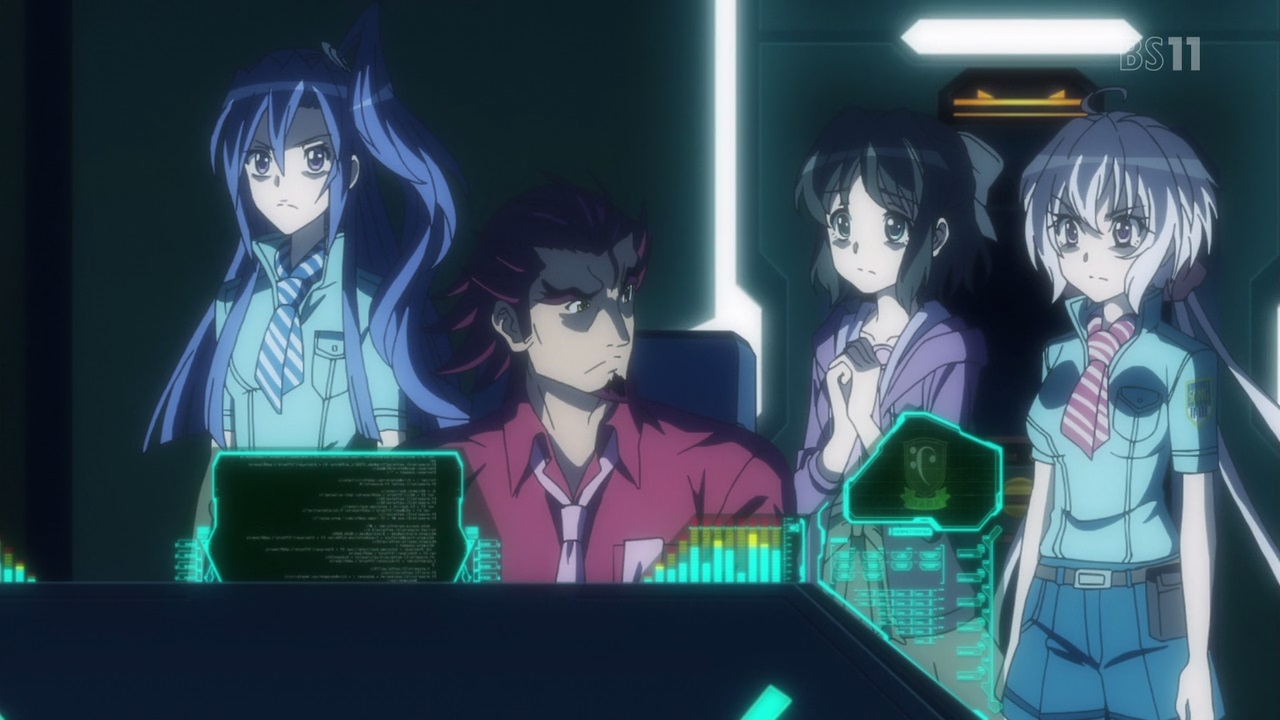 Heck, even Miku Kohinata is worried that her friend is stuck in her giant cocoon forever.

Of course, Commander Genjuro Kazanari swears on his heart that he and his personnel will rescue Hibiki! 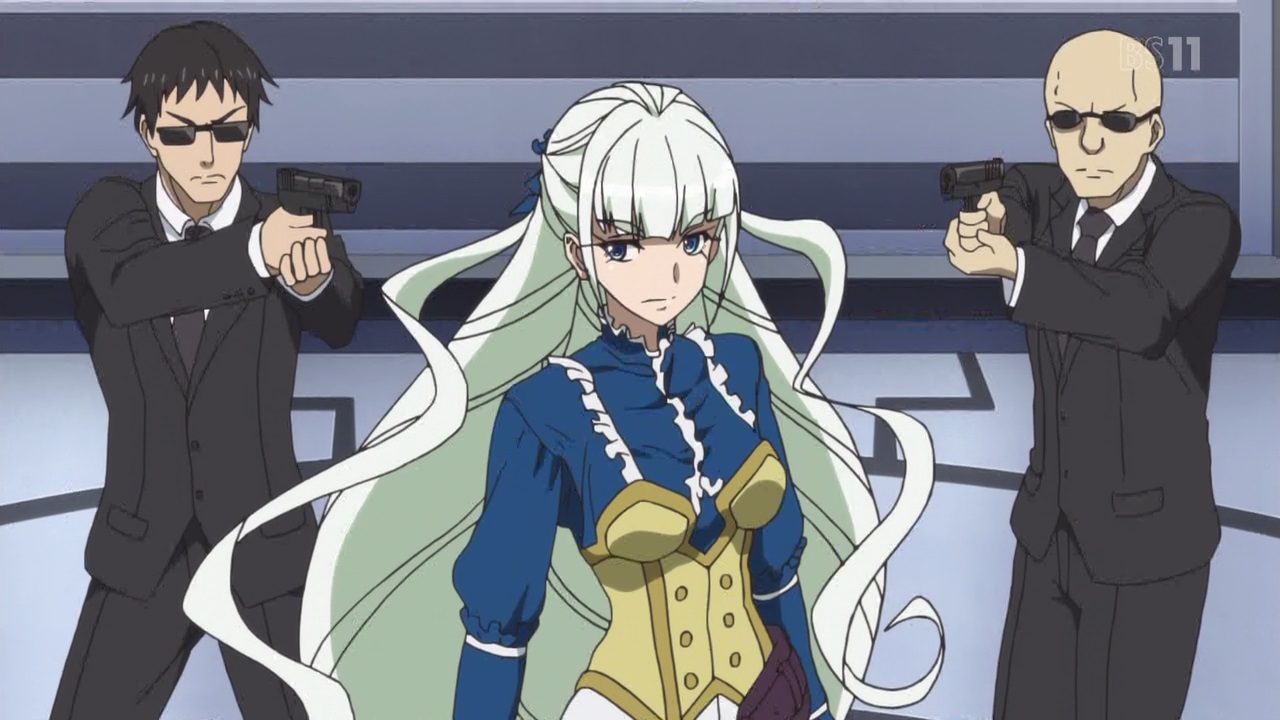 Meanwhile, it seems that Saint-Germain has decided to surrender and reveal anything important like the Philosopher’s Stone, something that Elfnein is eager to study it and apply its elements to calm Hibiki down! 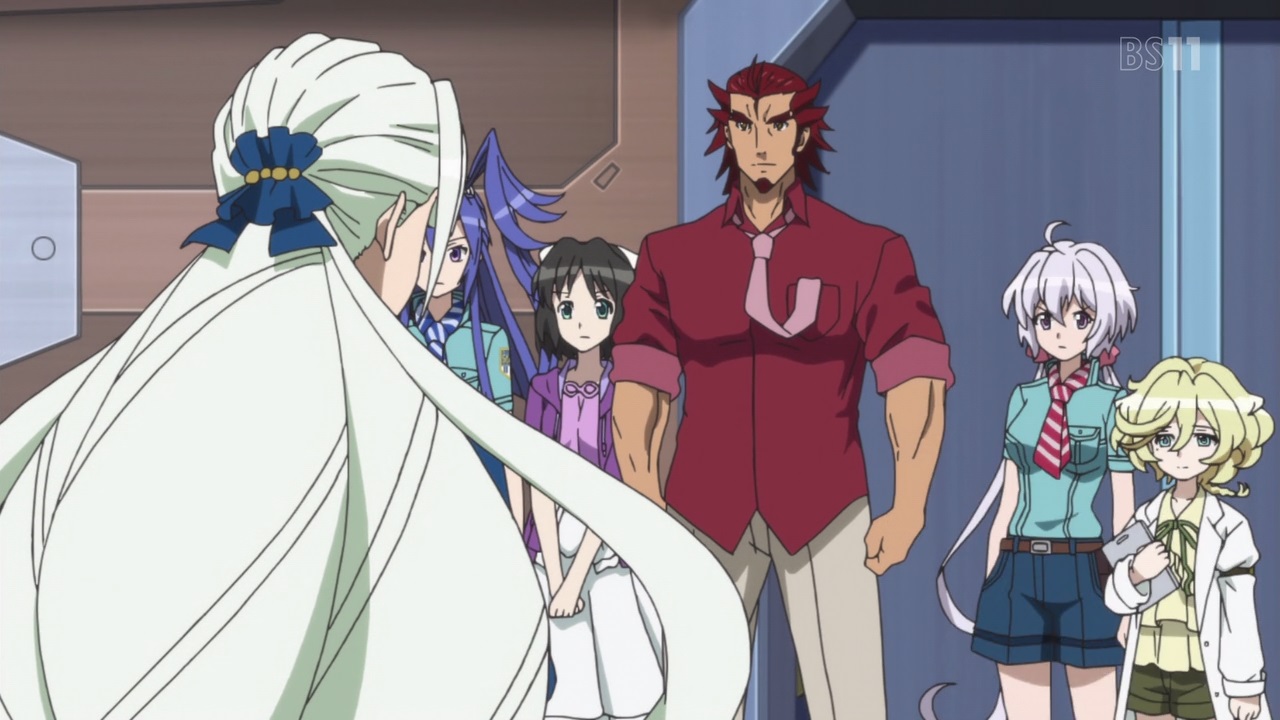 Of course, she won’t become allies with the Symphogear users because Saint-Germain has her reasons.

And besides, she considers relics as cursed objects that binds humanity to eternal suffering. 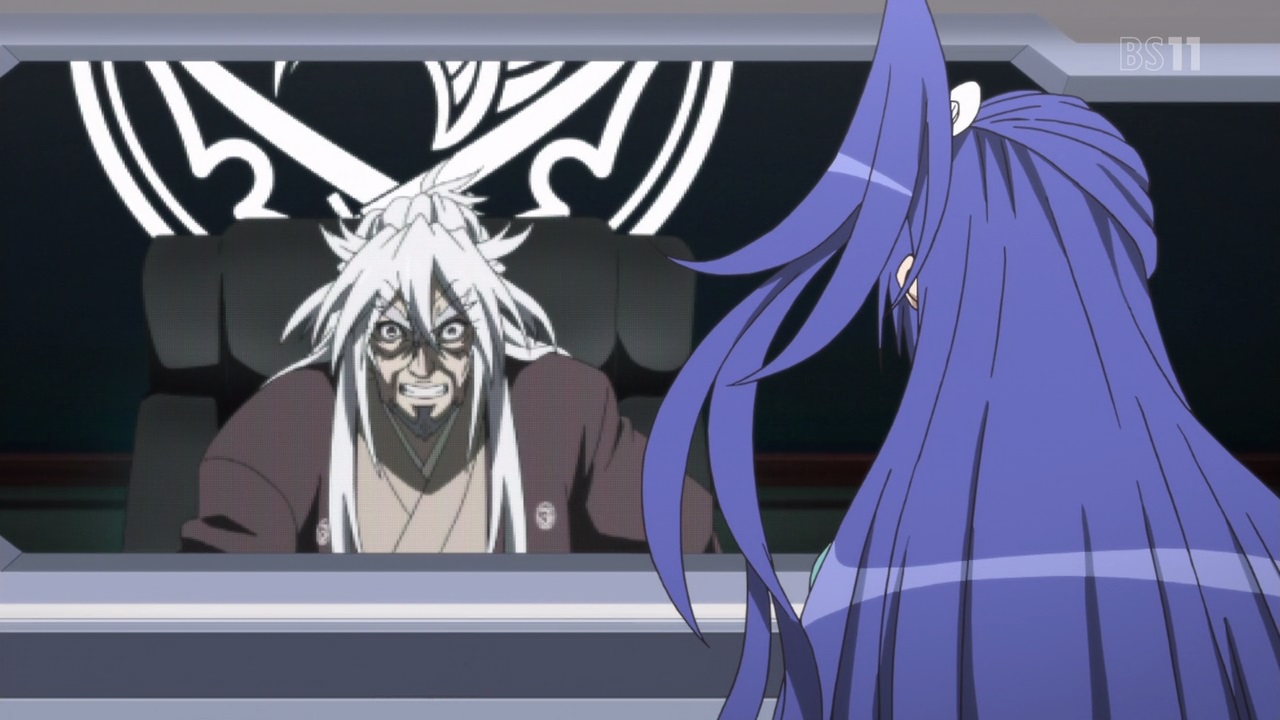 On the other hand though, looks like the United Nations has decided to send its peacekeeping forces to Japan and stop Hibiki from destroying the country.

But then again, some countries like the United States will send a nuclear bomb towards Hibiki Tachibana, which would engulf Japan since 1945. That’s where Kamakura has decided to take this matter into his own hands by destroying the cocoon before it hatches. 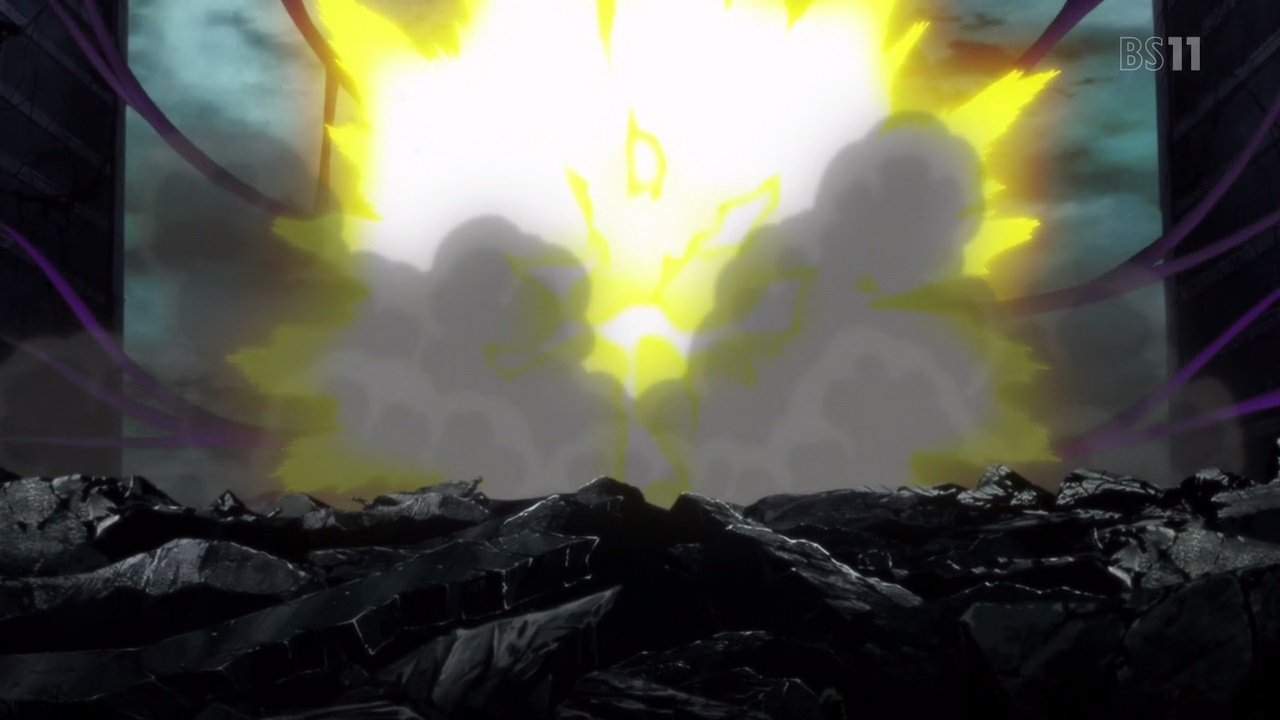 Unfortunately for Kamakura, the cocoon has finally broken and it emerged a dangerous being that the Self-Defense Forces couldn’t handle… 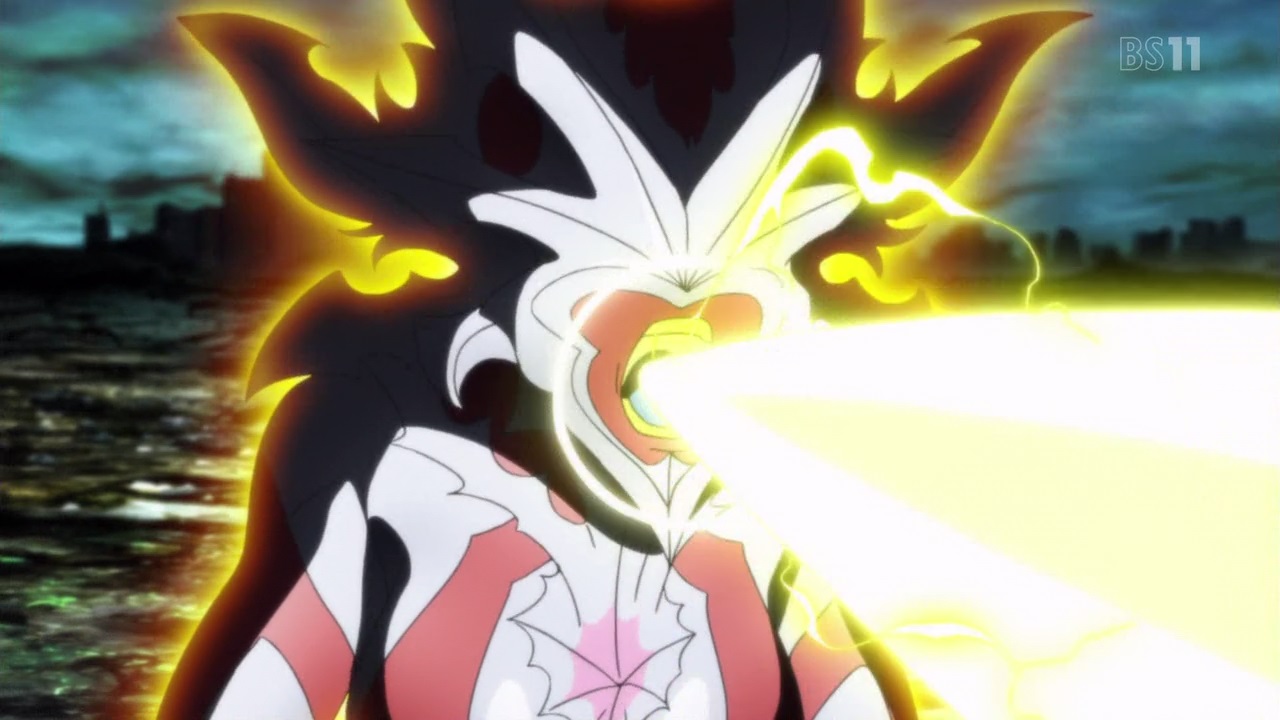 Anyways, this is Hibiki Tachibana as she became an Ultraman-like being, and damn she’s pissed that Hibiki fired her laser at everything.

Yeah, her existence will scare the shit out of those Americans that they’ll fire a nuclear missile and run away in fear, hoping that it’ll hit and obliterate her. But then again, Hibiki Tachibana might survive but her surrounding will be turned into a wasteland! 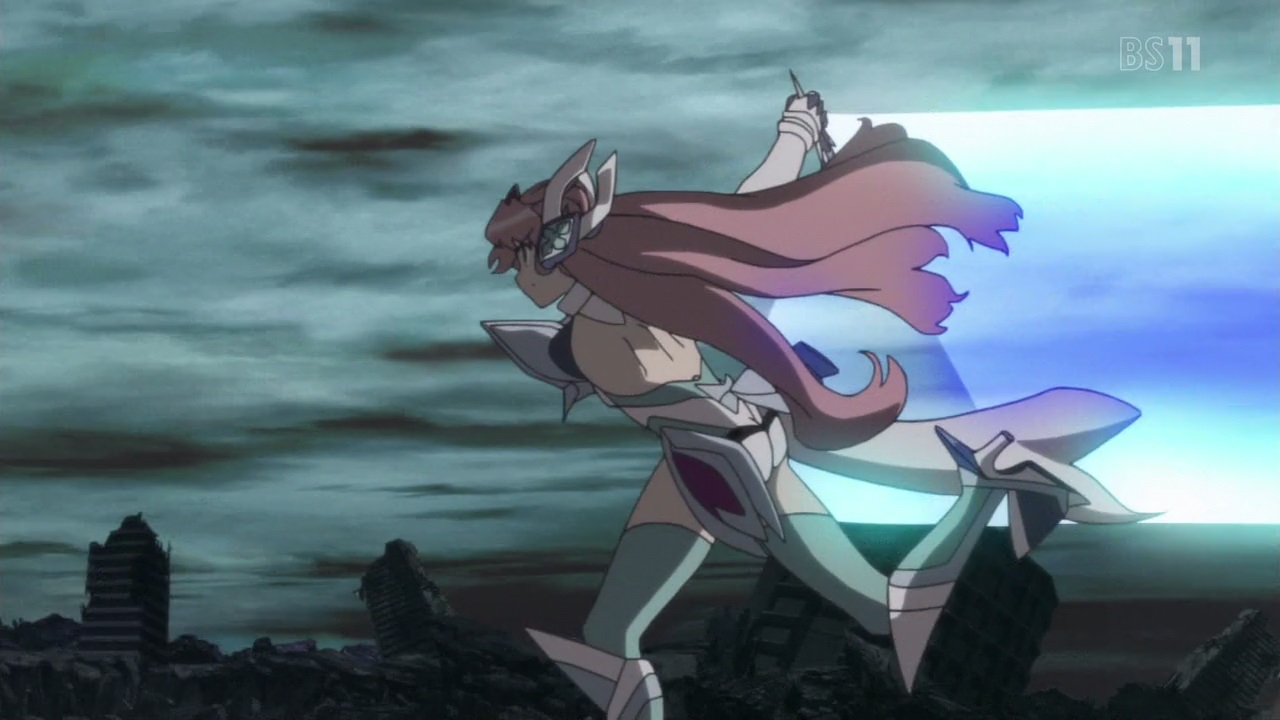 Fortunately, the Symphogear users have a plan to rescue Hibiki Tachibana without resorting to violence as Maria Cadenzavna Eve tries to tie Hibiki up. 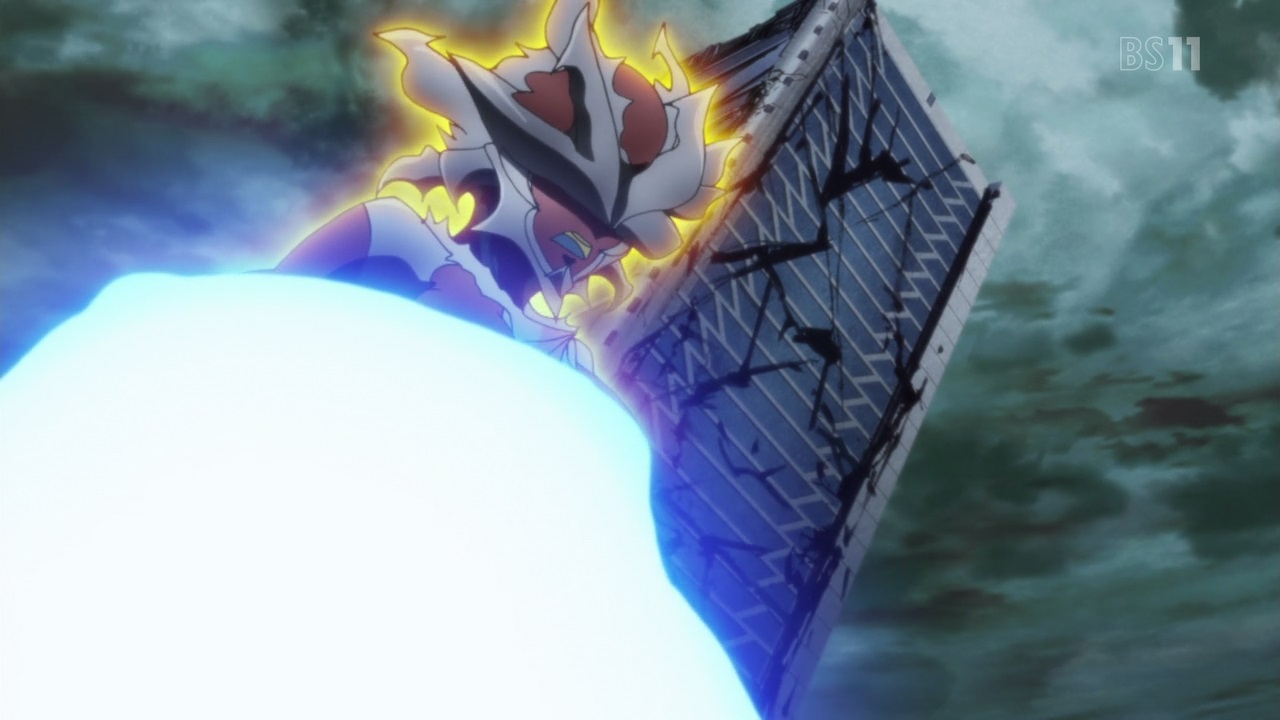 And as you can see, it appears that Maria’s beam rope works against her. Of course, it won’t hold much longer though as Hibiki might break free! 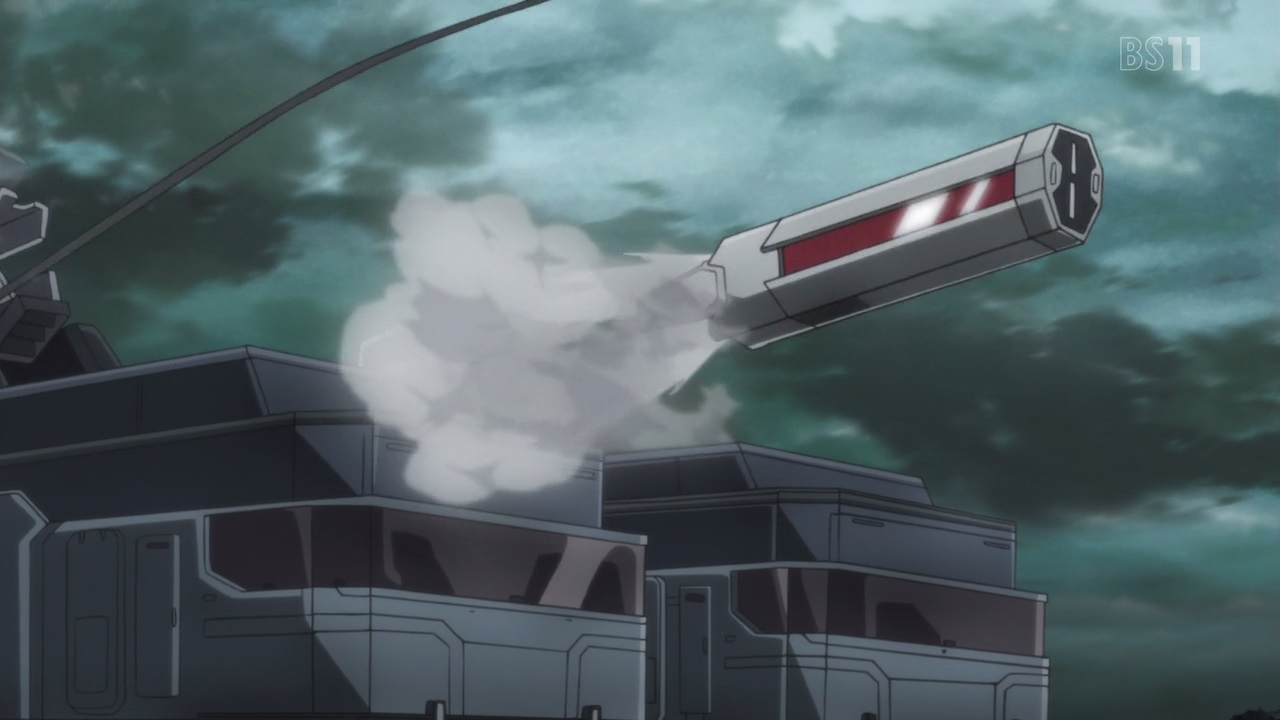 So, Commander Genjuro and his men have come up another way to stop Hibiki by injecting her with Anti-LiNKER, which is developed by Elfnein after studying the Philosopher’s Stone.

On the other hand, seems that SONG is firing its massive syringe at her cute butt. Nice fanservice there, Satelight! 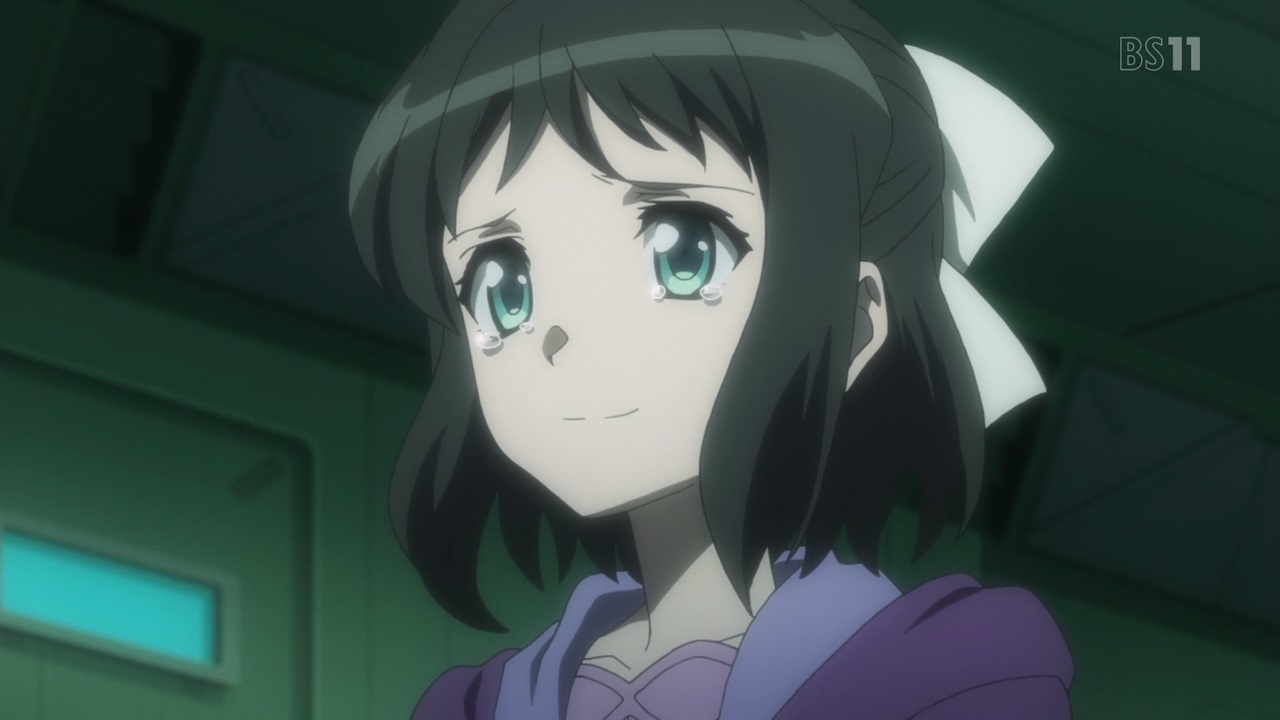 Of course, injecting Anti-LiNKER alone isn’t enough to stop Hibiki’s rampage. That’s where Miku Kohinata comes in to calm her friend down!

C’mon, if all else fails, Genjuro Kazanari will let Miku rescue her friend from becoming a monster. 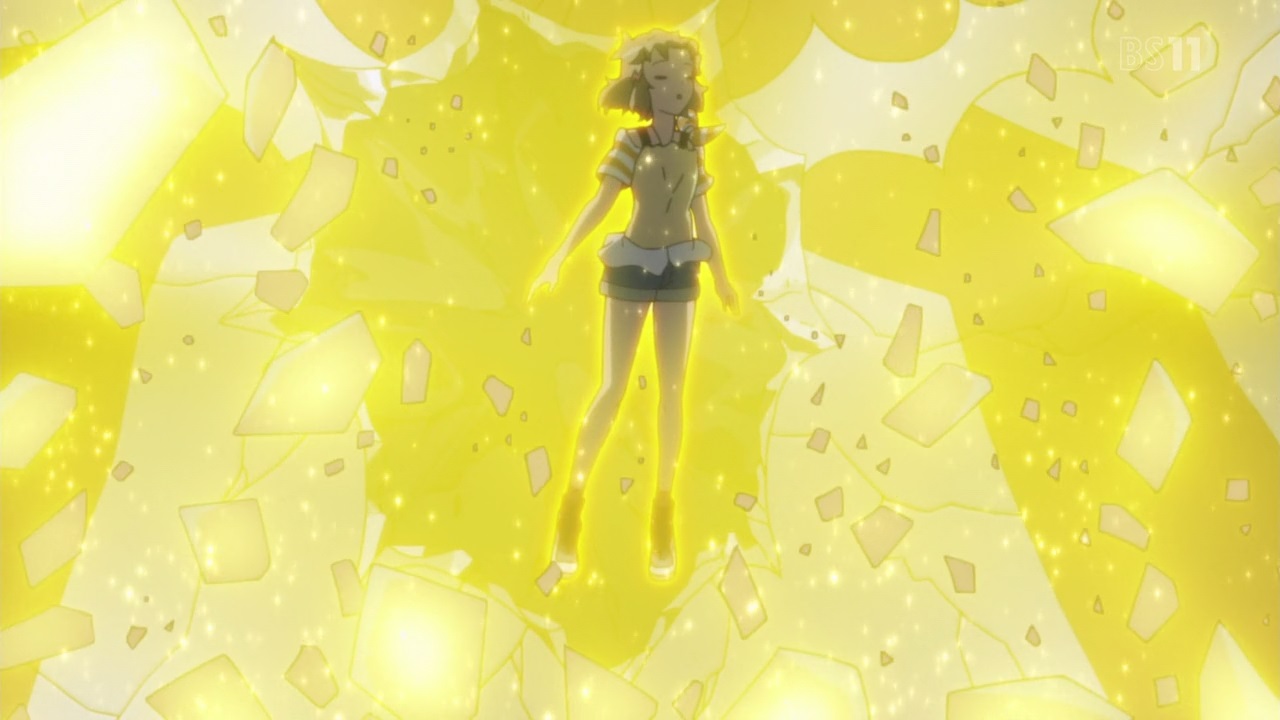 And look, Miku succeeds on saving Hibiki as she got out from her giant shell. Well, it’s over now! 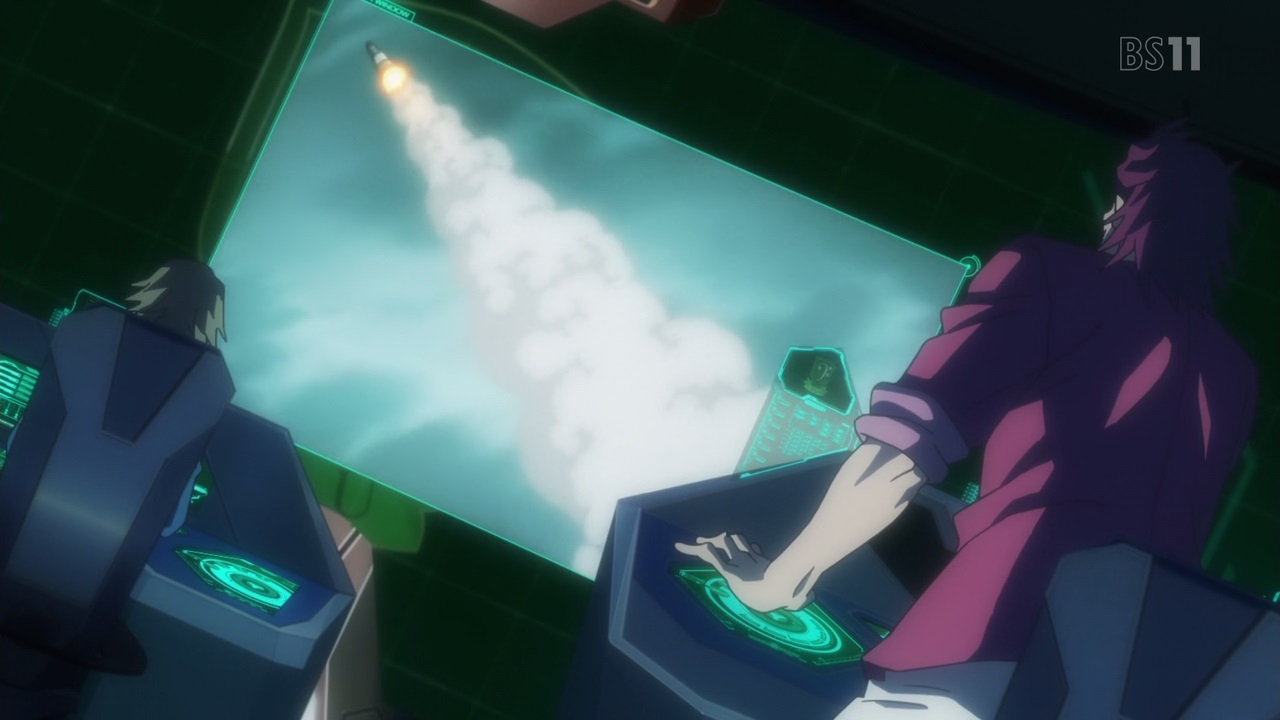 Except that it’s not as the Americans have launched the nuke even though SONG has managed to stop Hibiki Tachibana from destroying one city.

Honestly though, I wonder if the United States is being run by a certain Donald Trump on this show? Still, Japan is doomed now that the nuke is about to obliterate the whole country! 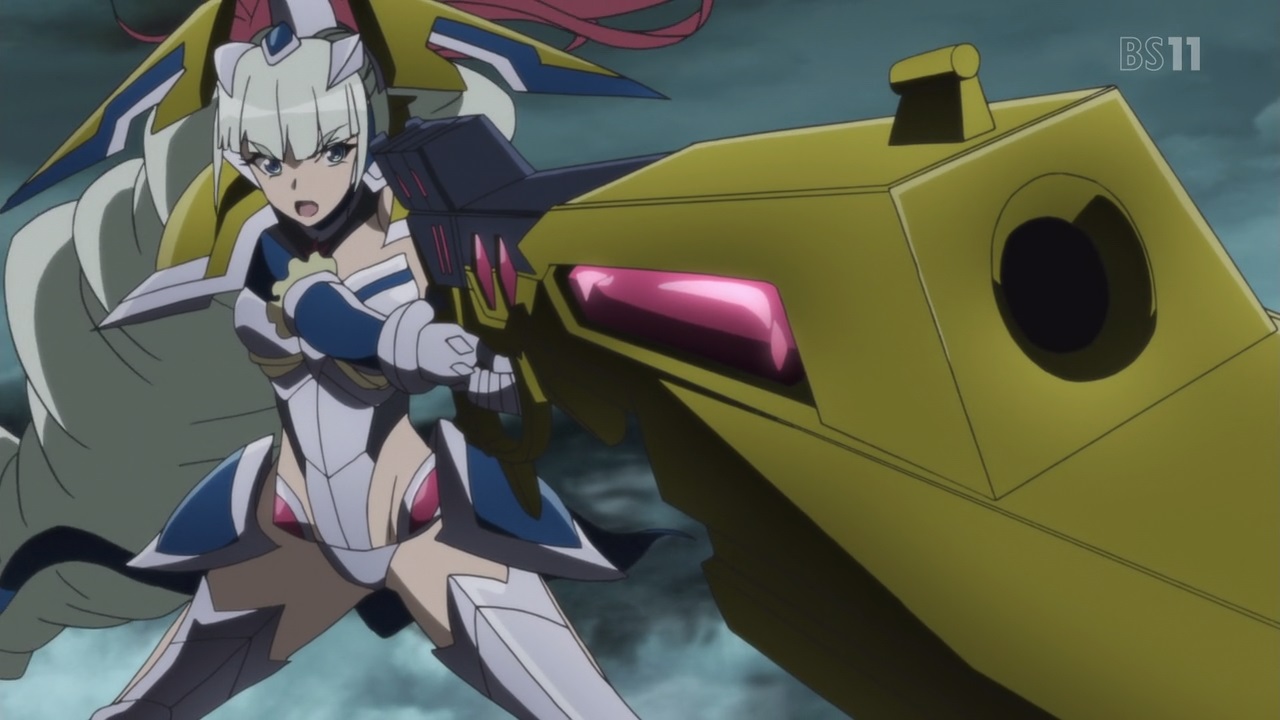 Of course, there’s one person who can stop the nuclear missile as Saint-Germain stepped up her game and used her remaining strength to destroy the missile without causing a nuclear fallout. Oh, and she’s not alone though… 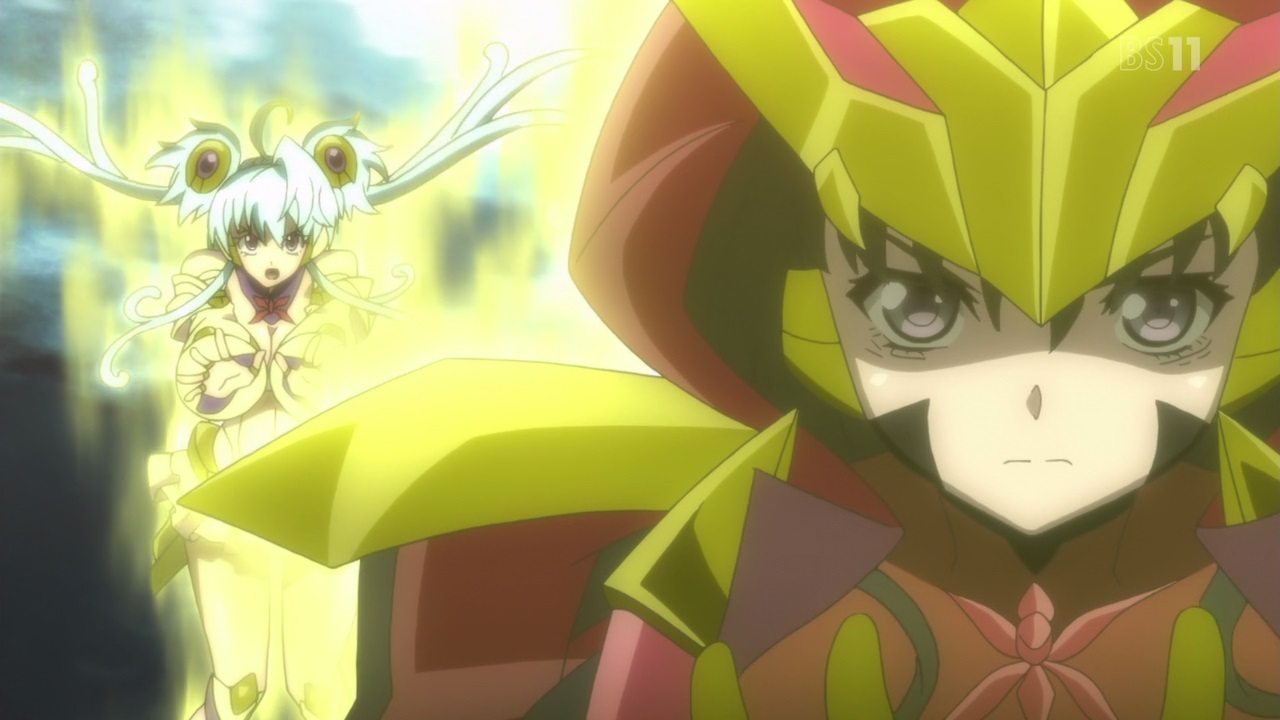 That’s because her fellow alchemists, Cagliostro and Prelati, have returned to aid Saint-Germain on stopping the nuke.

By the way, isn’t it nice that the alchemist trio are singing like any other Symphogear users, especially Cagliostro where her voice fits well among Prelati and Saint-Germain. To be fair, Shouta Aoi did a great job on blending in with Minako Kotobuku and Rina Hidaka! 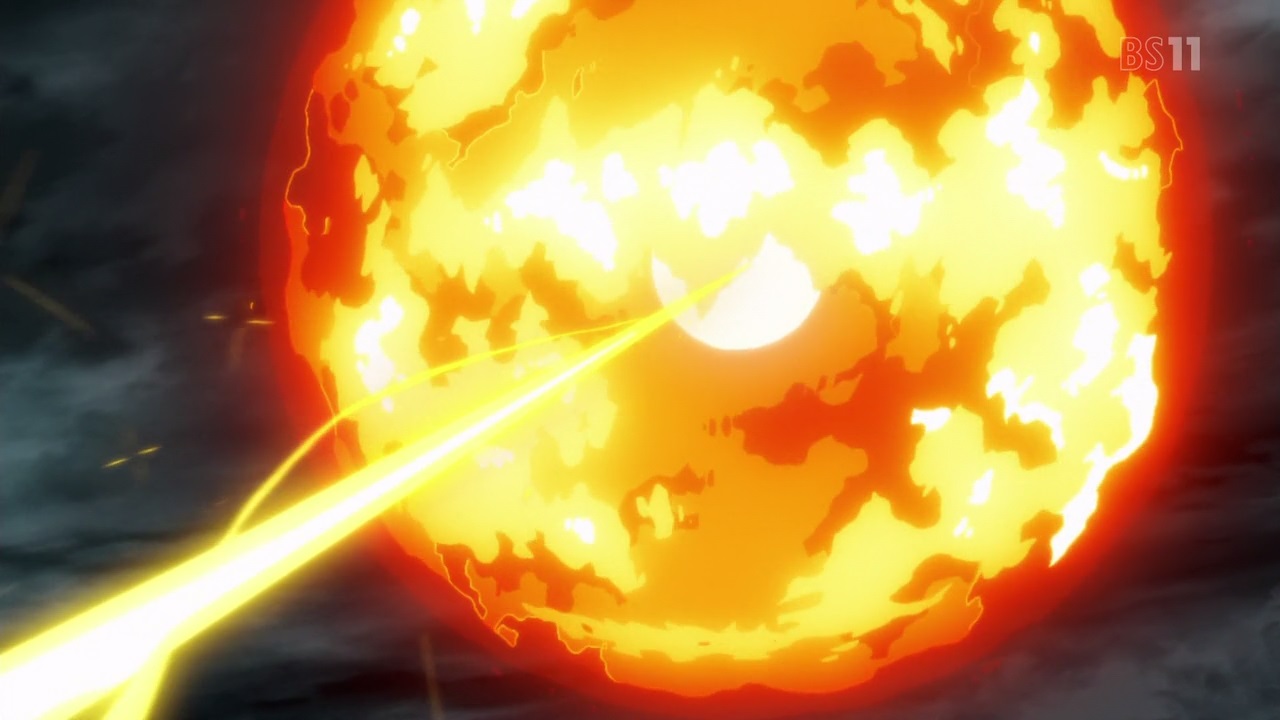 In any case, the alchemists have managed to stop the nuclear missile by converting it into something harmless.

Yeah, it becomes a spectacle after this ball of fire becomes a shower of light! 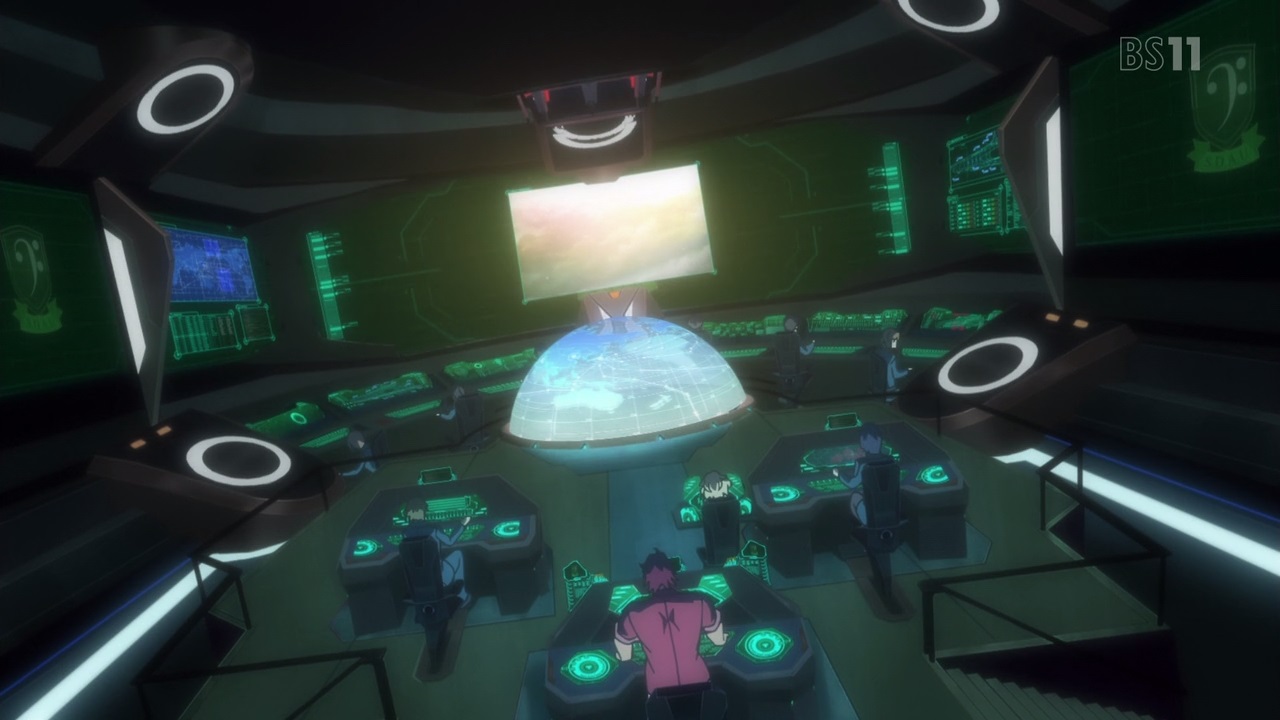 But anyways, all’s well that ends well for this week’s episode as both Hibiki Tachibana and the country of Japan are saved!

Of course, I’m hoping that Saint-Germain and her comrades are safe… somewhere. Man, I wish those alchemists survived but it appears that they didn’t return. 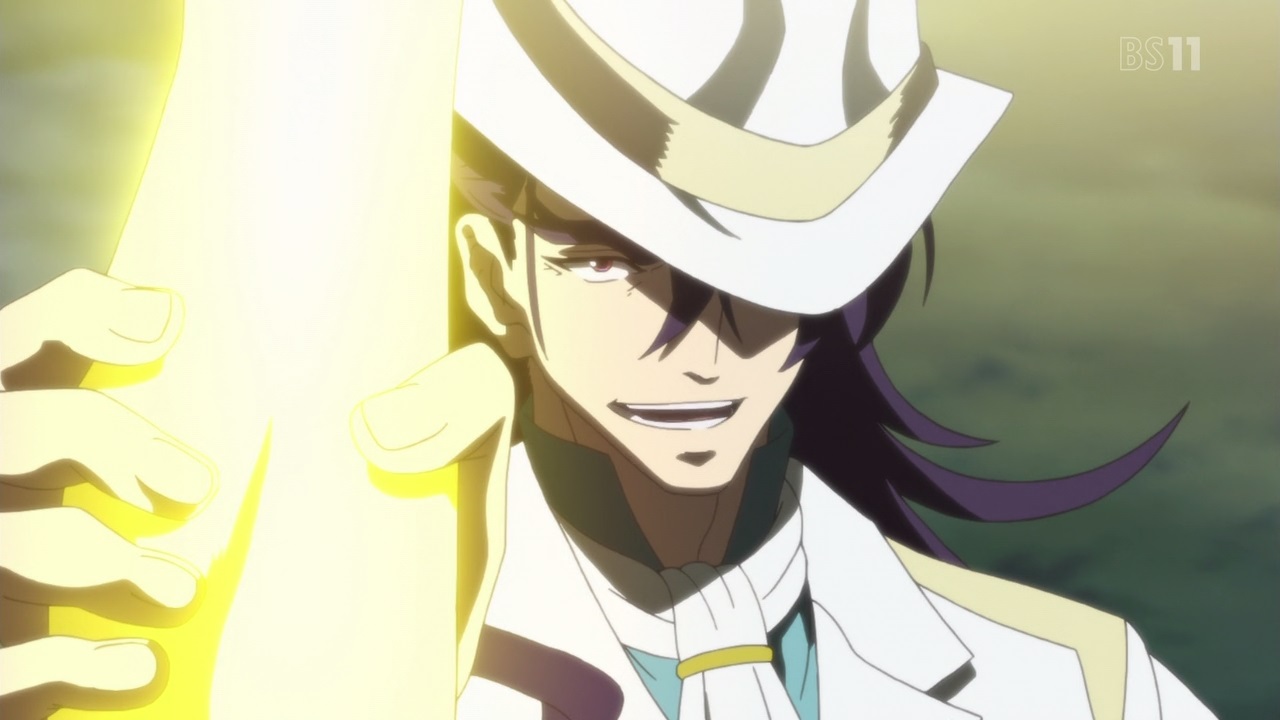 Unfortunately, it turns out that it’s not the end of Episode 12 as Adam Weishaupt has returned to claim his divine powers through his severed left arm.

Damn, what an opportunistic bastard he is! 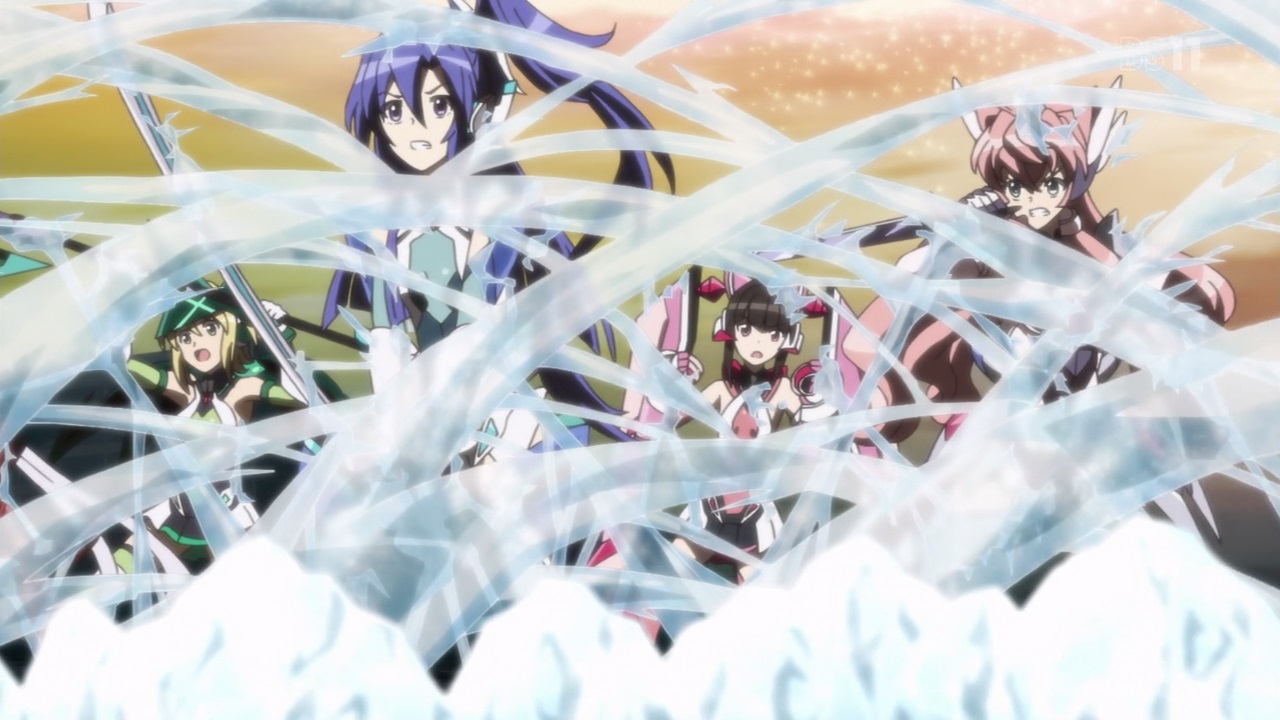 Oh, and the Lodgemaster can’t be stopped as he froze all of the Symphogear users.

At this point, it’s game over for all humanity as Adam becomes a god! 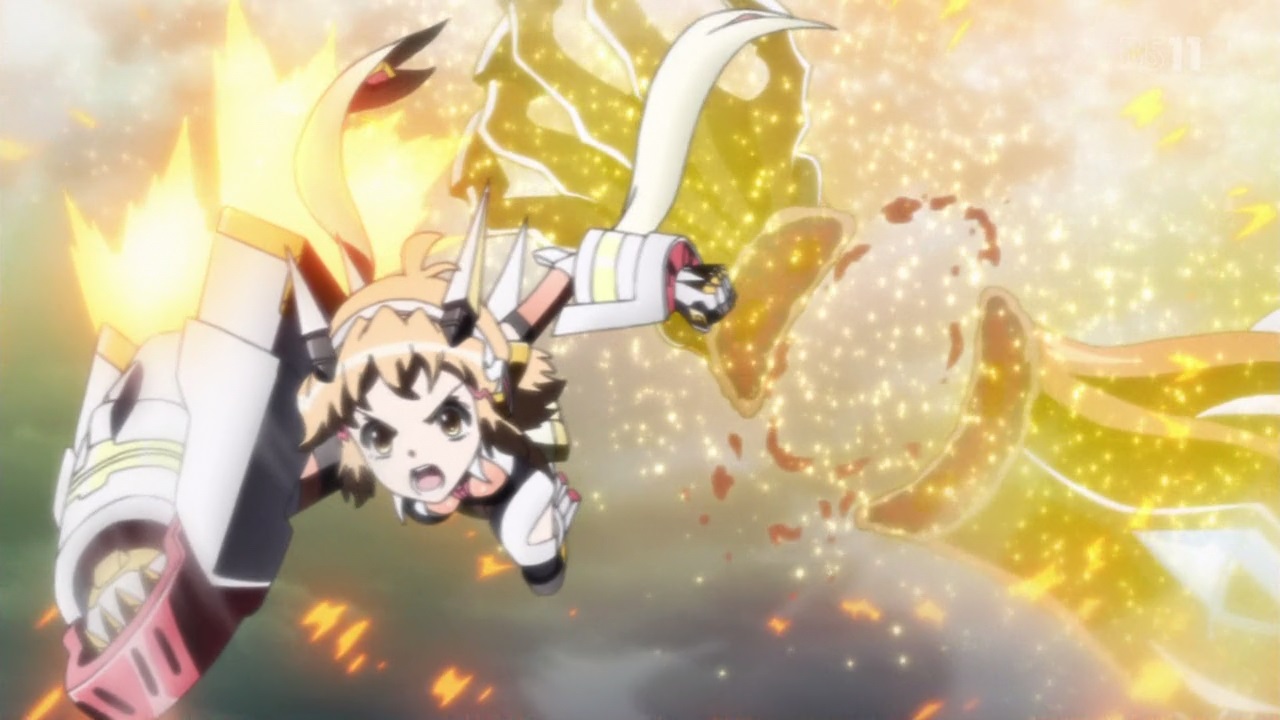 Just kidding, seems that Hibiki Tachibana has other plans as she used the power of Gungnir to destroy Adam Weishaupt’s giant left arm! 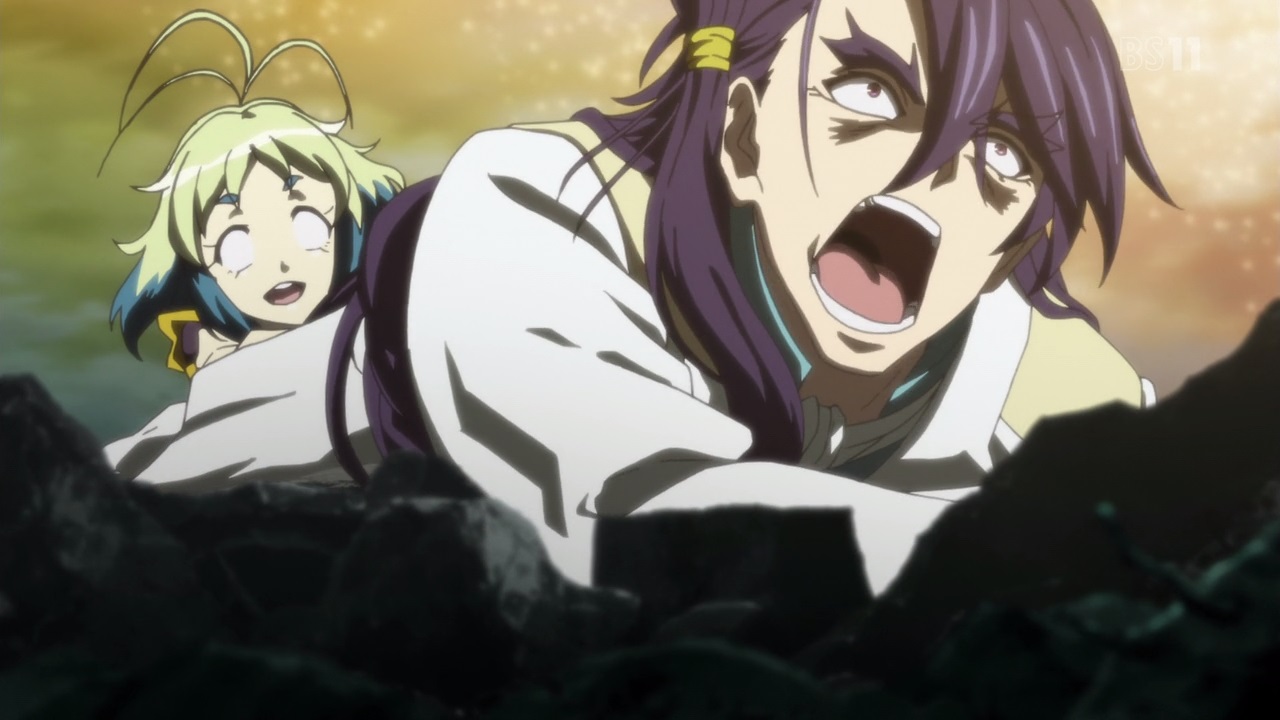 And look at Adam’s face right now as his dreams of becoming a god has shattered. Oh, and Tiki is hugging him because this Auto-Scorer still loves the Lodgemaster.

Still, it seems that Adam Weishaupt won’t give up just yet as he’ll try to attain godhood, even if it means sacrificing his own mechanical body. So tune in next time for the final episode of Symphogear AXZ!