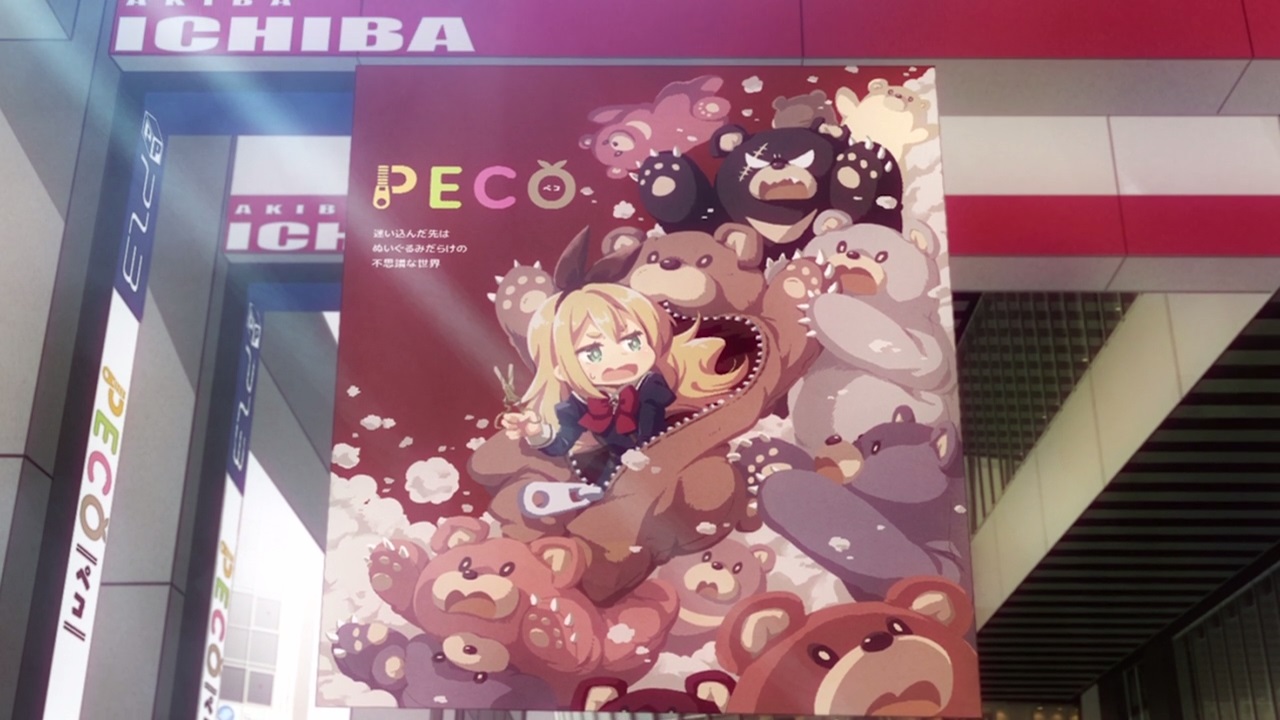 Today is the last episode of NEW GAME!! and not only that, today is the release of Eagle Jump’s newest game PECO!

Everyone is excited to buy one and just a reminder, please don’t post spoilers! 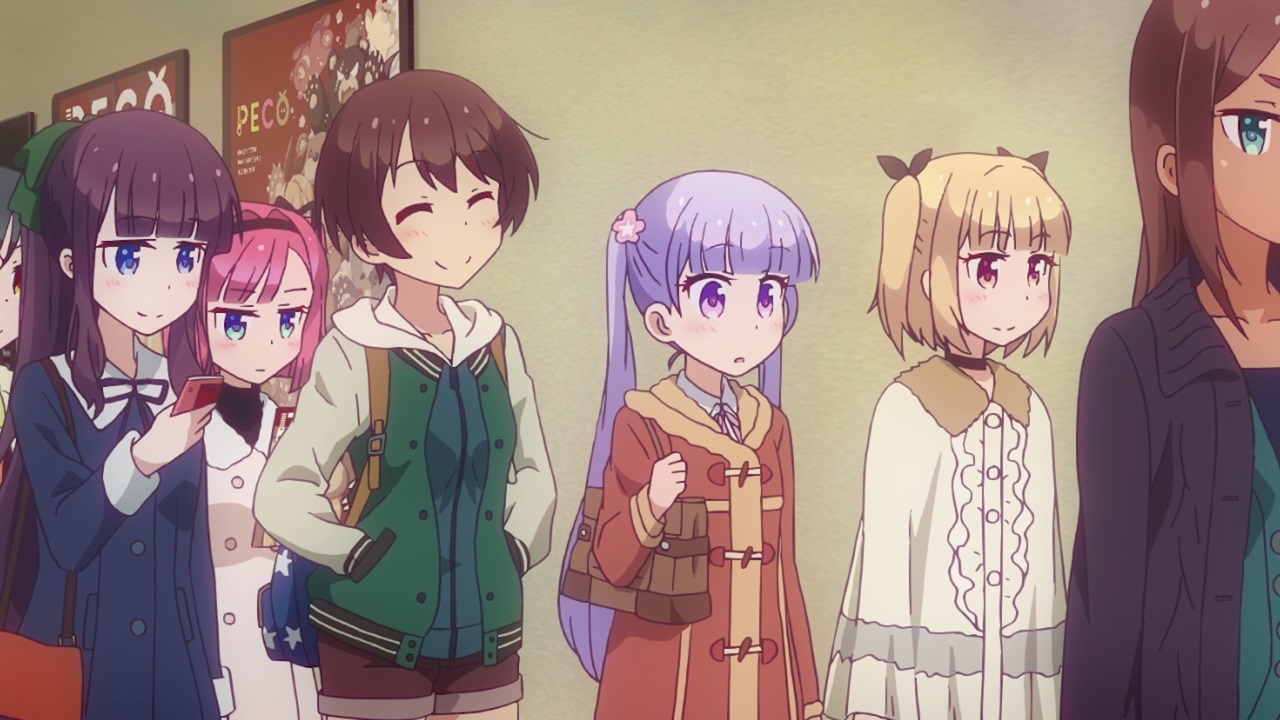 This includes the staff at Eagle Jump where having a free copy is not good when they wants some limited-edition goodies! Yeah, they don’t change at all! 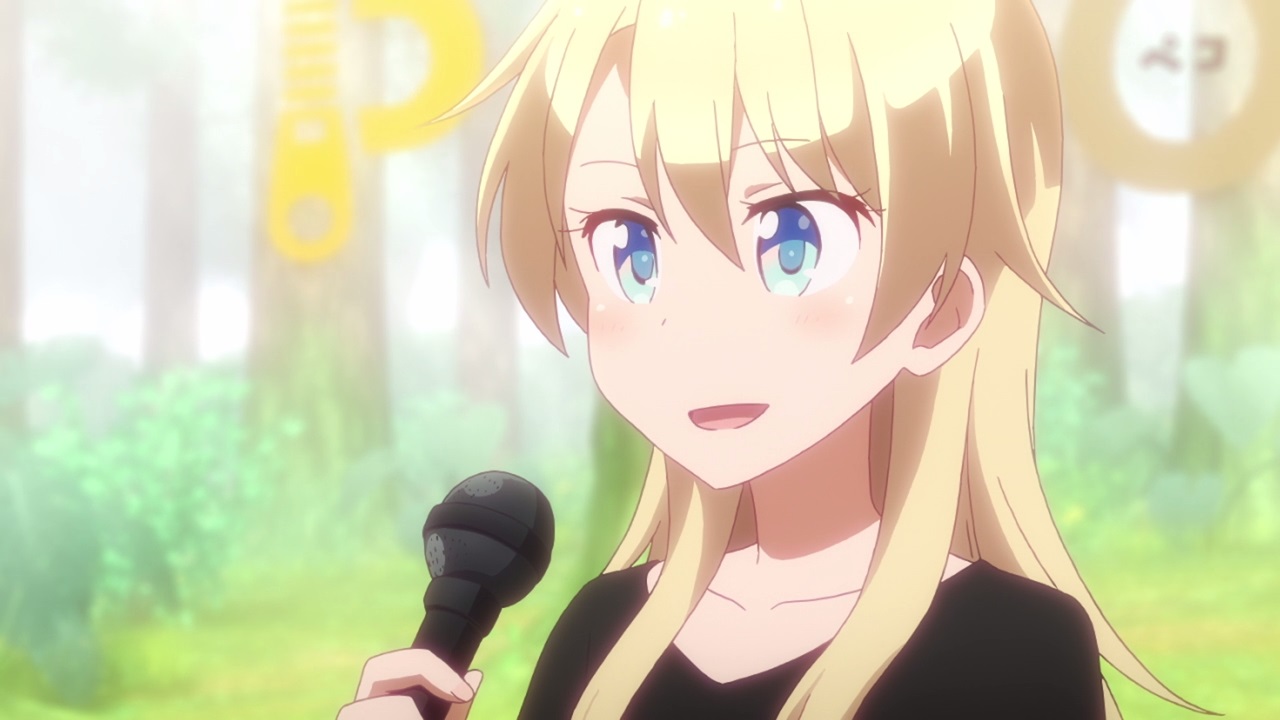 Anyways, it’s time for the presentation with Kou Yagami taking the stage and how she and her fellow staff made PECO in the first place.

And while Yagami only did the promotional art, she wants to show everyone on who really made PECO. 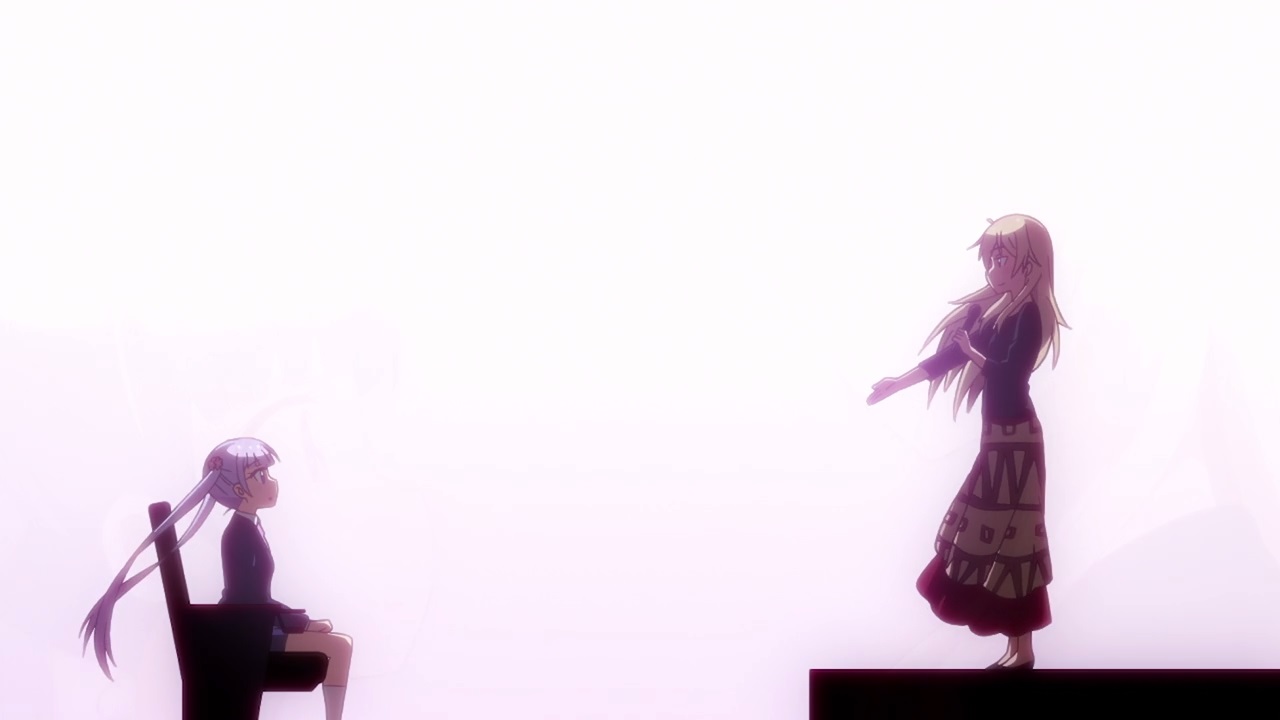 So, she invited Aoba Suzukaze on stage because Kou-san felt that Aoba deserved some credit on making the game. 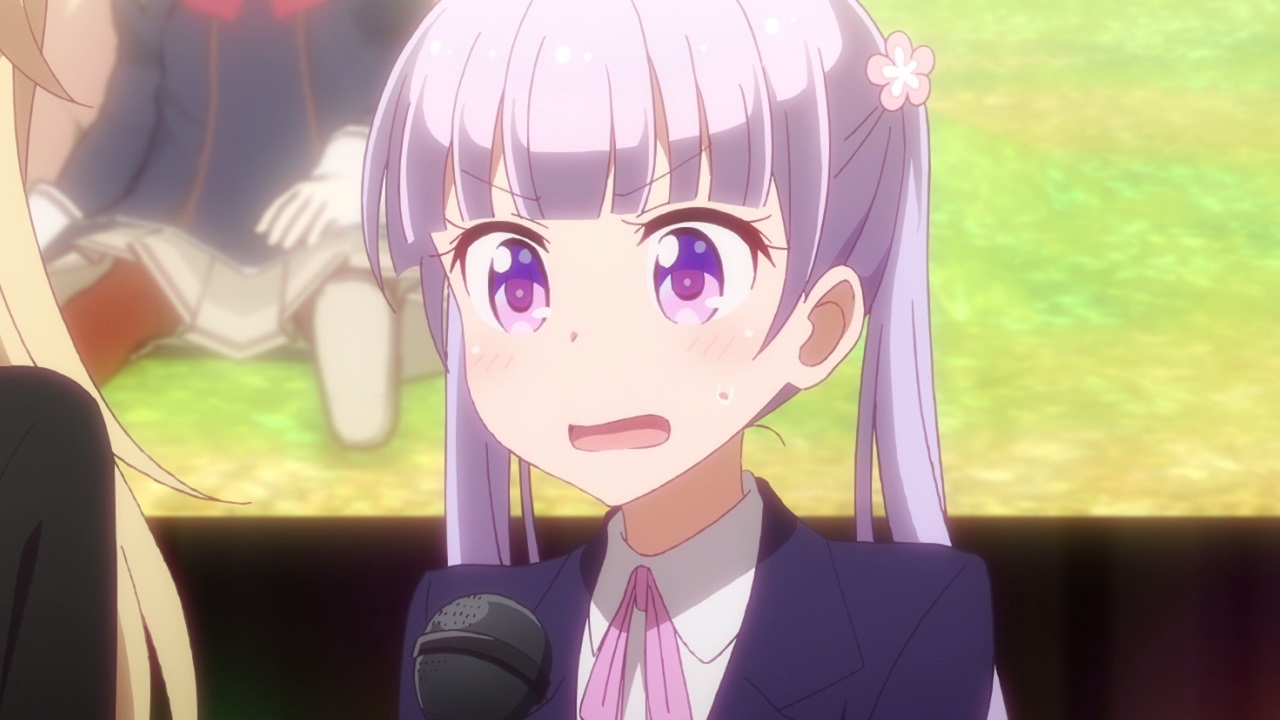 Yeah, seems that Aoba Suzukaze is very nervous on stage but c’mon, it’s her moment to show that Aoba-chan is the next big star in Eagle Jump! 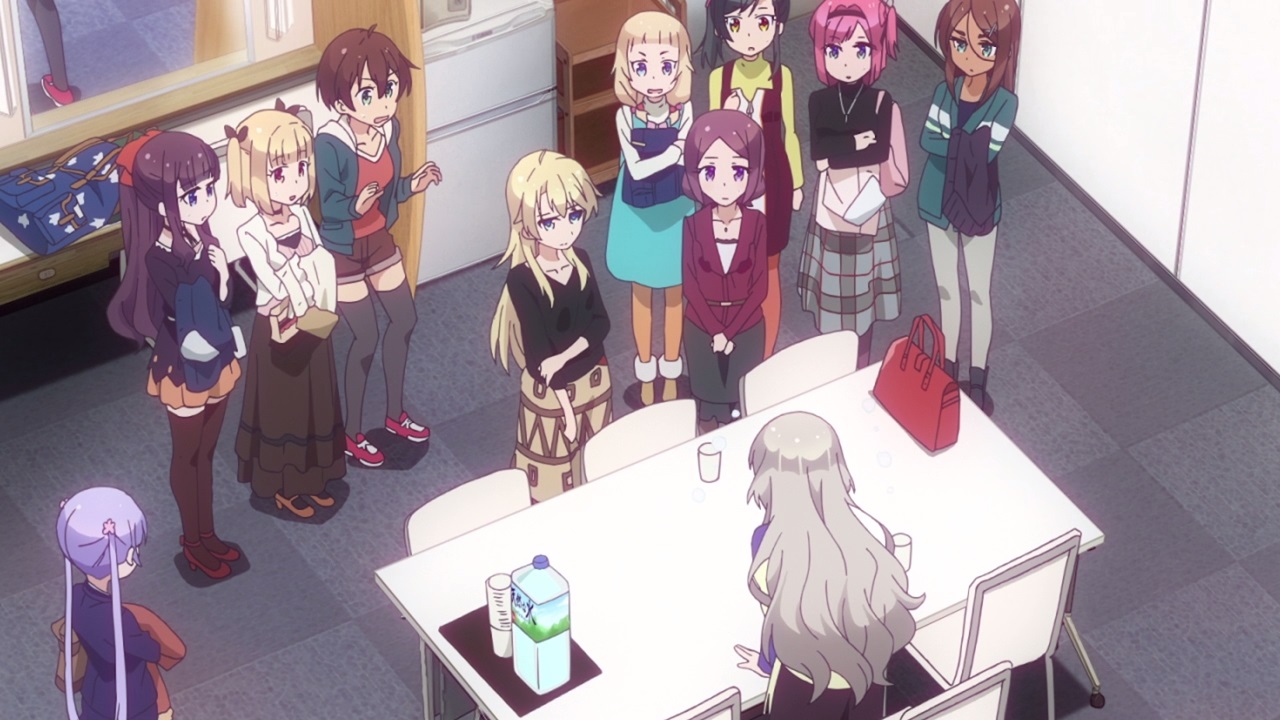 Of course, all things must come to an end as Kou Yagami decides to leave Eagle Jump to work at another video game company in France. Let’s hope that it’s not Ubisoft!

Well, I have to say that the cat is out of the bag now that Yagami told everyone about her plans to work abroad. Sure that it was hinted in the previous episode, but it’s time for Kou-san to move onto the next step of her career and become a better artist. 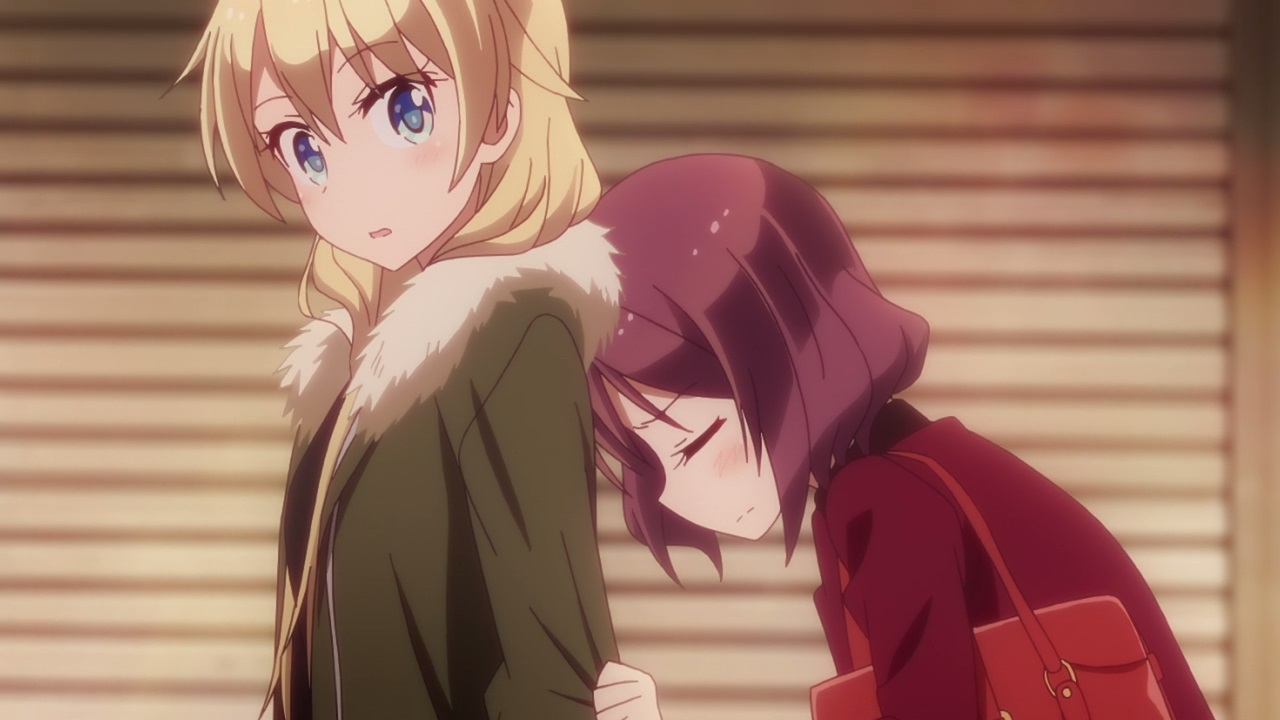 Still, only a few people like Rin Touyama who wanted Kou Yagami to stay in Japan. However, Kou told Rin that even though they’re apart, she wants Touyama to continue helping her as Yagami is such a mess when it comes to fixing herself.

But you know what, I think that it’s time for both of them to have a room as Shizuku Hazuki couldn’t stand these two getting lovey-dovey at the streets! 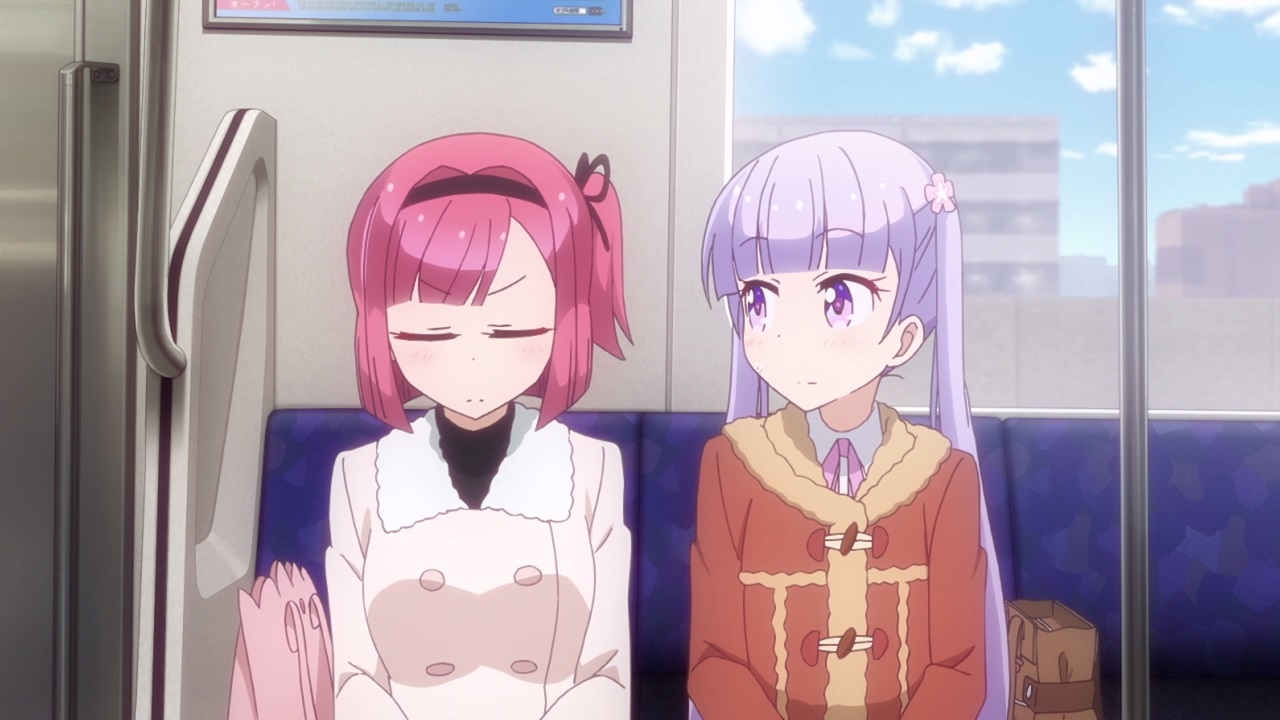 Meanwhile, let’s talk about Aoba Suzukaze as she’s the other person who got affected by the sudden departure of Kou-sempai. Yeah, she has some good memories from Yagami, including those times when she’s in her undies!

Anyways, Aoba-chan skipped worked because Momiji Mochizuki said so, and went to the airport because Suzukaze wants to properly say goodbye to her senior! 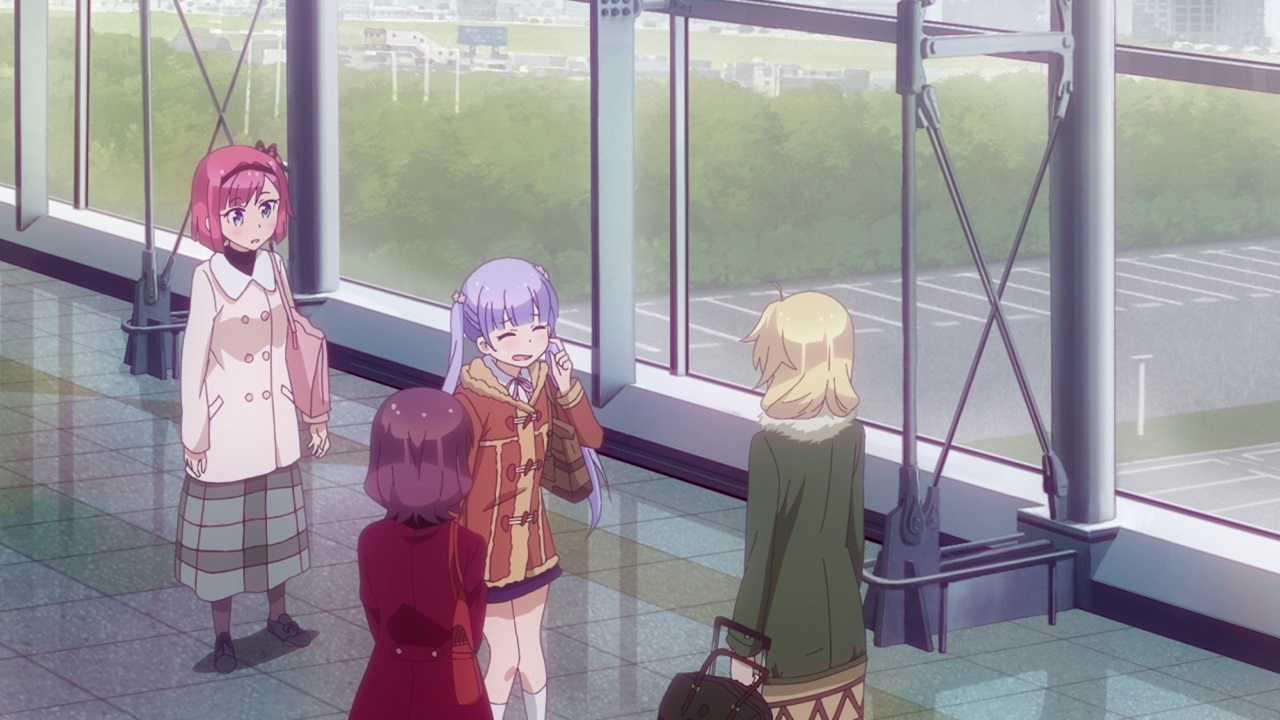 And so, they arrived at the airport as Kou Yagami is about to hop aboard on her airplane towards Paris, France.

C’mon, Aoba needs to tell something important towards Kou-san, like calling her an idiot for going to another country and wanting to strive better for Yagami. 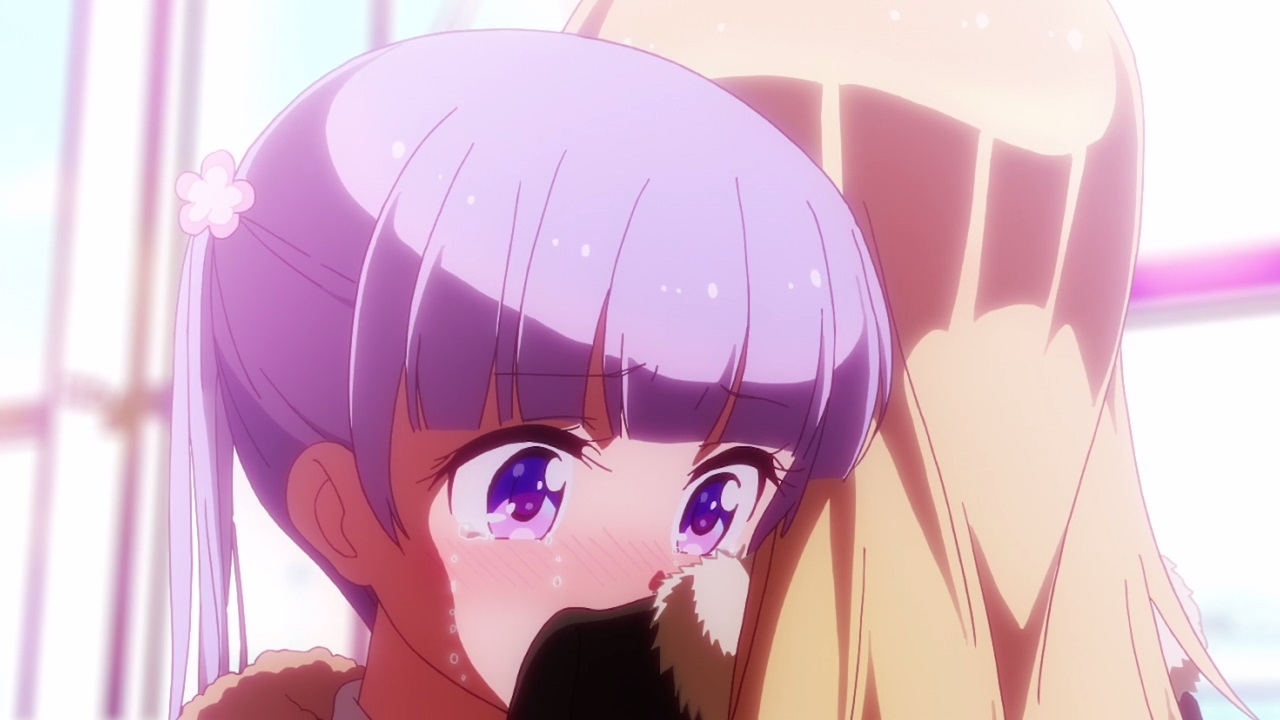 But you know what, I think she wants to treasure everything that Aoba said to her as Kou Yagami hugged her junior. After all, Suzukaze is the reason why she wanted to work to France and become a better character designer. 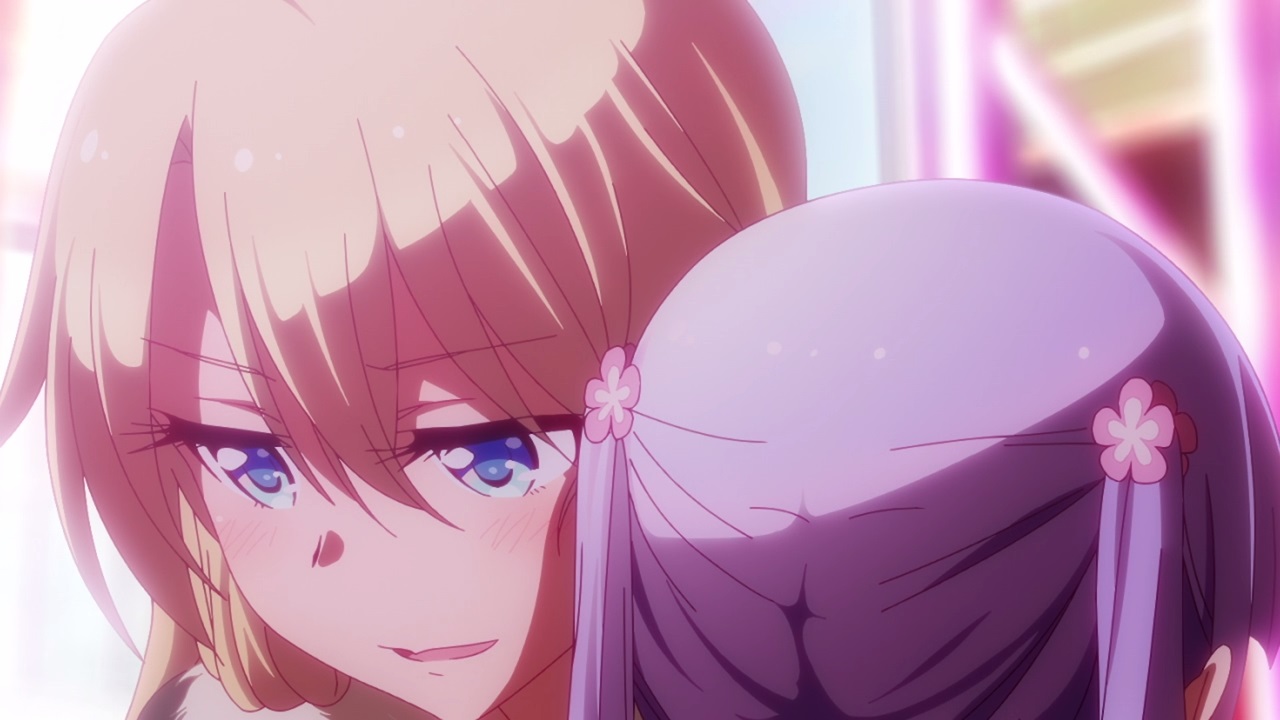 And as for Kou Yagami’s parting words, she told Aoba-san to keep improving her skills because Kou-san is expecting her to be a better designer once she comes back!

Yeah, seems that Yagami will return to Japan someday after she becomes a better character designer in France. Like I said before, I’m hoping that she won’t go to Ubisoft. 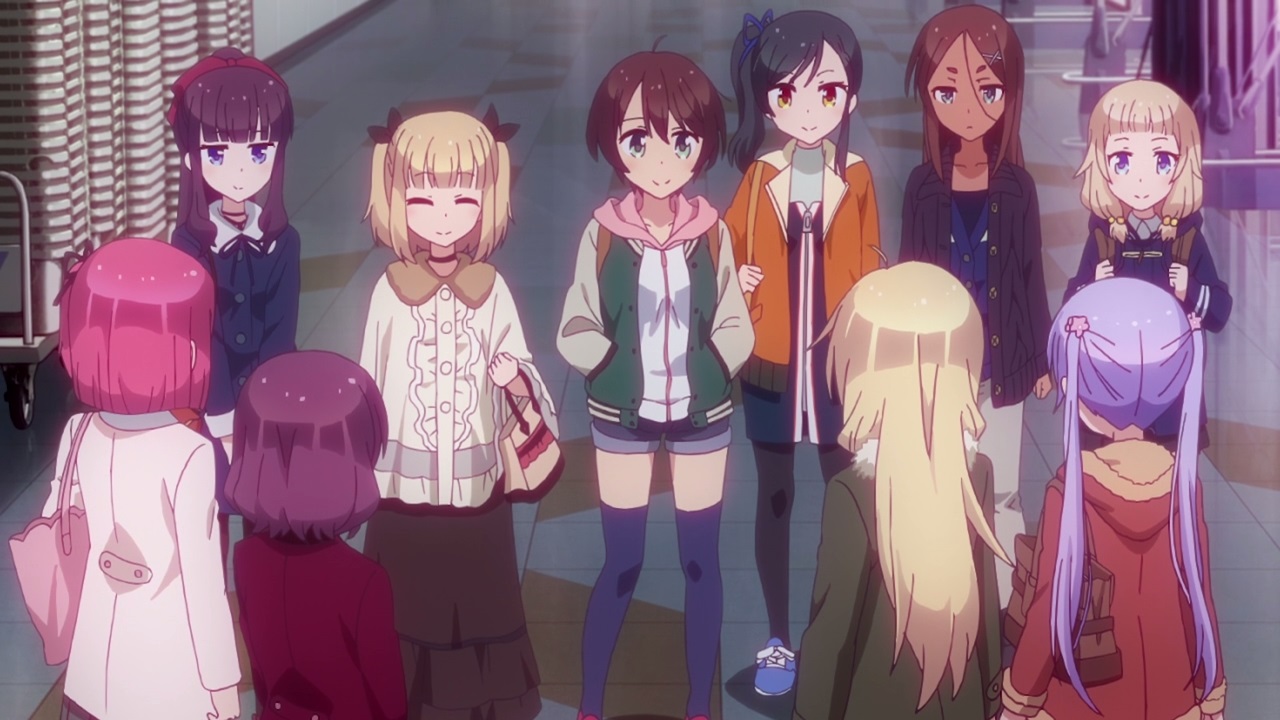 Oh look, seems that the rest of the employees of Eagle Jump are here to see Kou Yagami go. I guess they can’t help it as NEW GAME!! ends here. One last thing, seems that Momiji Mochizuki got a contract extension, but it seems that Kou Yagami didn’t say it in the end until Rin Touyama told Momiji personally.

Anyways, that’s a wrap for the second season and man, I love how Aoba Suzukaze stepped up her game to become the character designer of PECO from start to finish, which I have to say that it was a nice development from her during Season 2. On the other hand, I like how some characters like Hajime Shinoda and Hifumi Takimoto, plus some new hires like Nene Sakura and Tsubame Narumi are getting some love. Production-wise, it’s the same as the previous season, which is great because Dogakobo put a lot of effort to make it consistent throughout the second season.

Now then, I guess that it’s time to say goodbye to Aoba Suzukaze and her fellow workers at Eagle Jump as NEW GAME!! is over! Then again, I feel that I want to have a special episode which focused on Aoba Suzukaze’s high school days…