Posted on October 1, 2017 by benigmatica 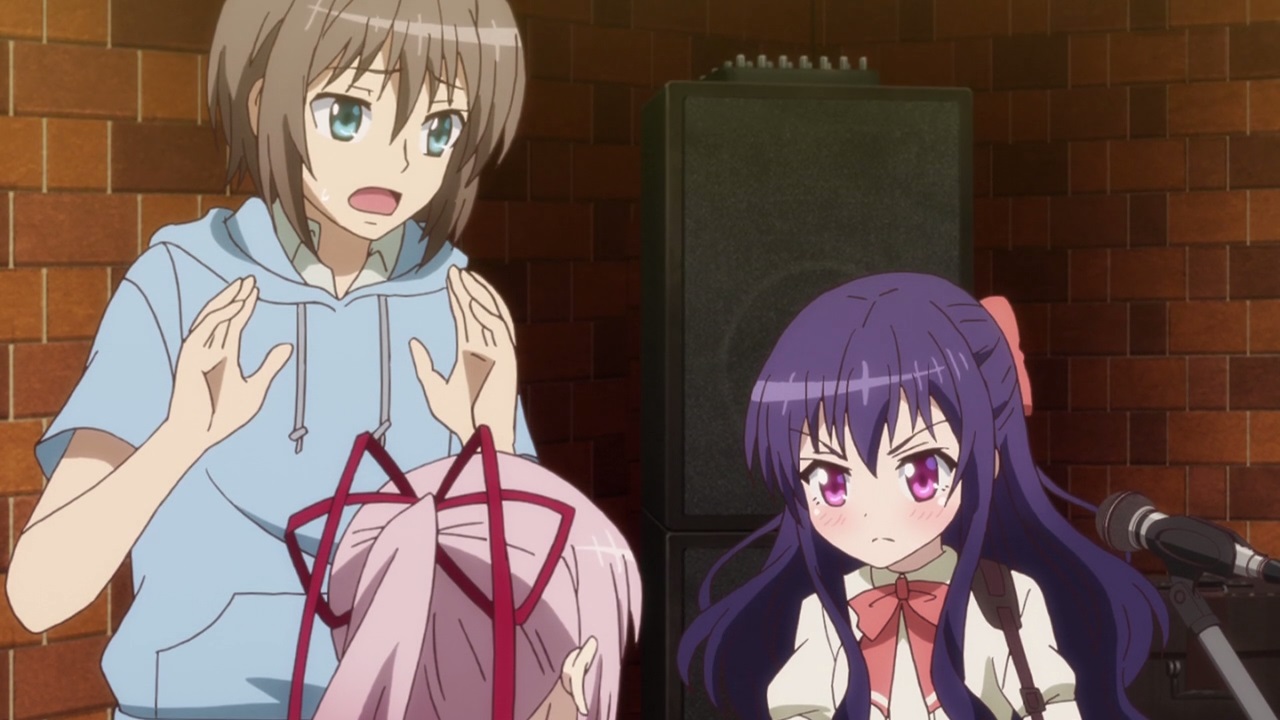 Alright everyone, are you expecting a drama-filled penultimate episode where Kyo Nukui might get bullied again? Well, turns out that our priestess Kiryu-sama is getting a hissy fit over Kyo’s “cheating”.

Yeah, it’s nothing dramatic or anything as it’s just another typical episode of Tenshi no 3P! 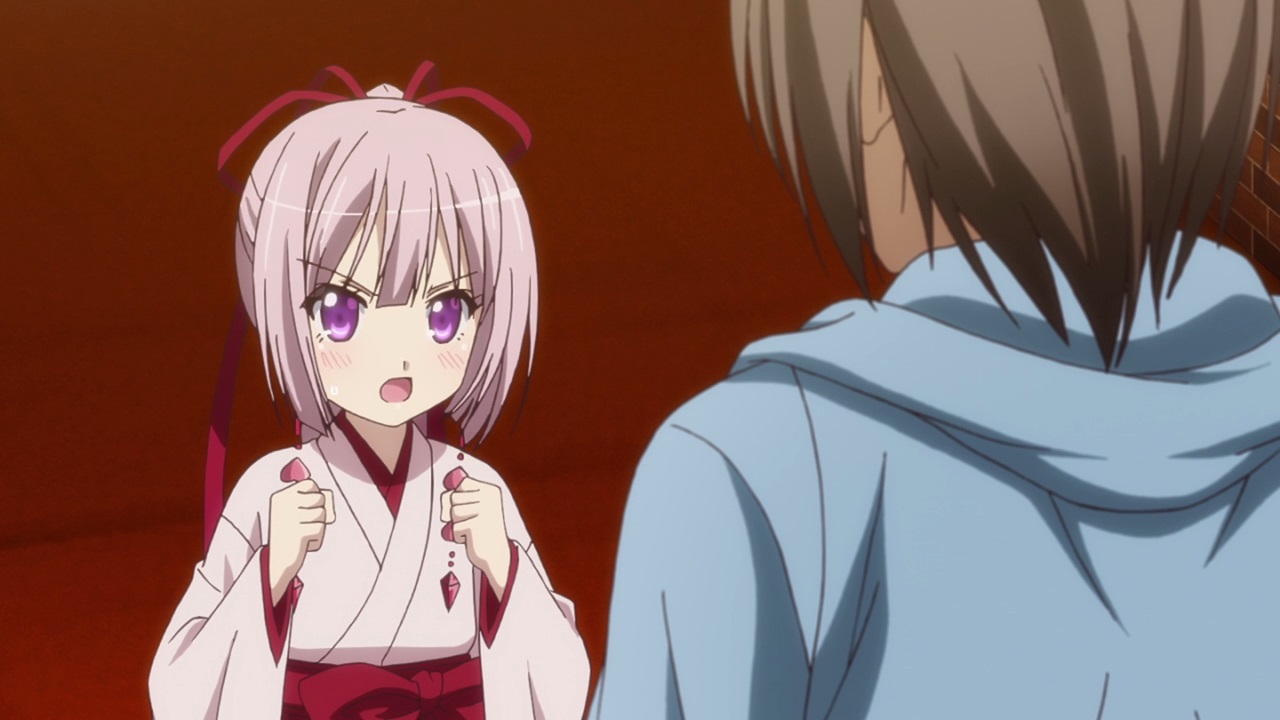 And speaking of Kiryu-sama (or Koume Ougi), she has decided to start her own band with Yuzuha Aigae as the singer. The reason why Koume did this because as Kyo Nukui’s wife, she hates having her husband getting close to the girls from Little Wing.

But seriously though, Koume is too young to be Kyo’s wife and seriously, he might get arrested for pedophilia because of her! Anyways, I feel that Kiryu’s tantrum is so silly that I don’t think her band idea won’t work somehow. Of course, who will do the instruments as Kiriyume will be busy doing the illustrations? 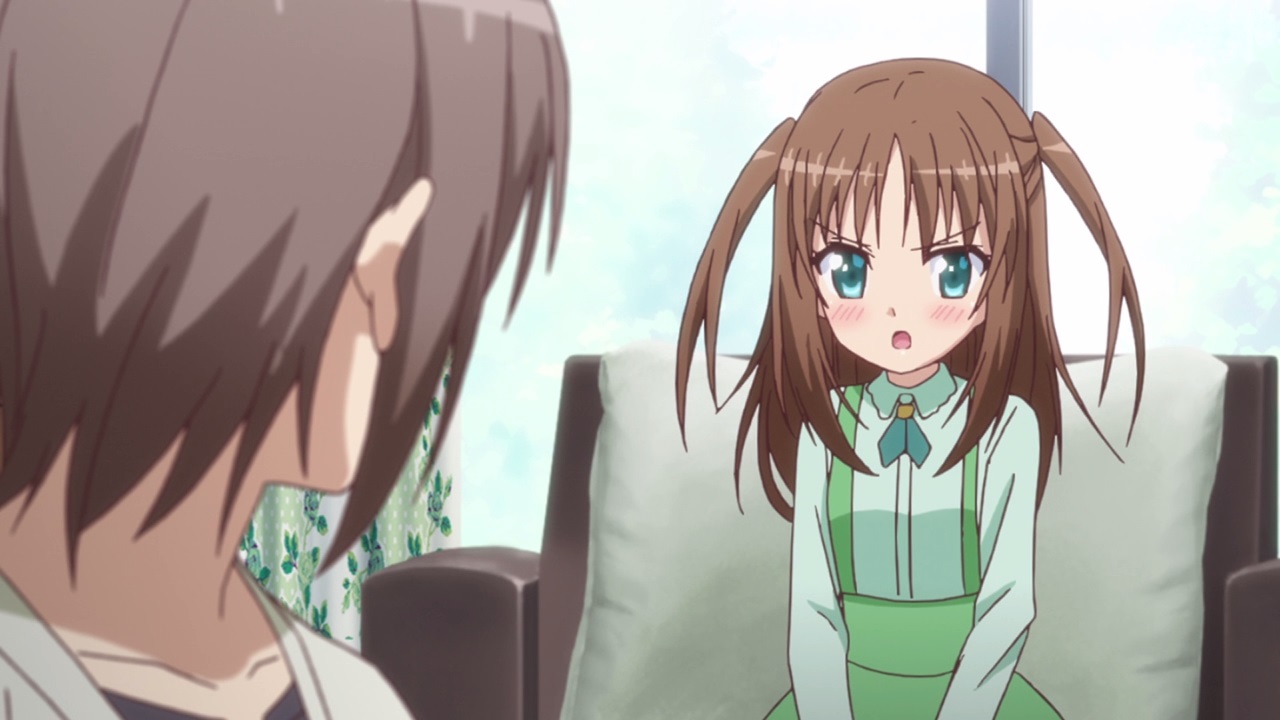 Well, there’s one answer as Koume found Kurumi Nukui as her keyboardist. Well, Kurumi reluctantly agreed to help Koumi-chan, but the reason why she accepted it is because Kurumi wants to keep an eye on Kiryu-sama. After all, Kurumi loves her brother so much!

Still, I feel that Kiryu’s band won’t make it big as Lein de famille got more exposure than them. And besides, it’ll be over soon enough and Koume Ougi will return to do illustrations for Jun Gotou and her friends. 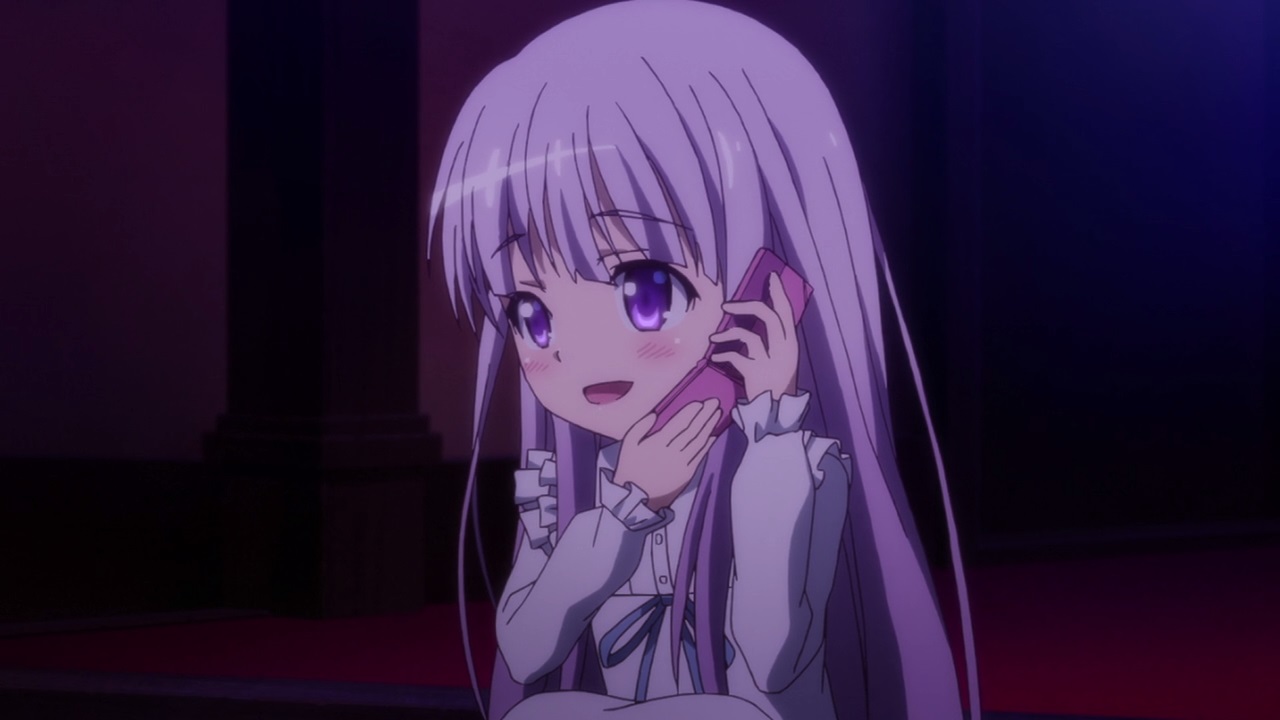 Speaking of Jun Gotou, seems that she decides to create her own song so Jun-chan called Kyo-nii for some advice.

I have to say that Jun Gotou is taking the initiative to write her own song instead of relying on Kyo Nukui all the time. I mean, what if Kyo-nii is working to another musician other than Lein de famille?

But anyways, time for Jun Gotou and her friends to make an original song… by taking a bath with Kyo Nukui.

I don’t know if bathing with Kyo-nii would give Jun-chan some ideas on making music from chorus to melody, but I feel that Nukui might get arrested on this! Seriously, this is the worst idea ever! 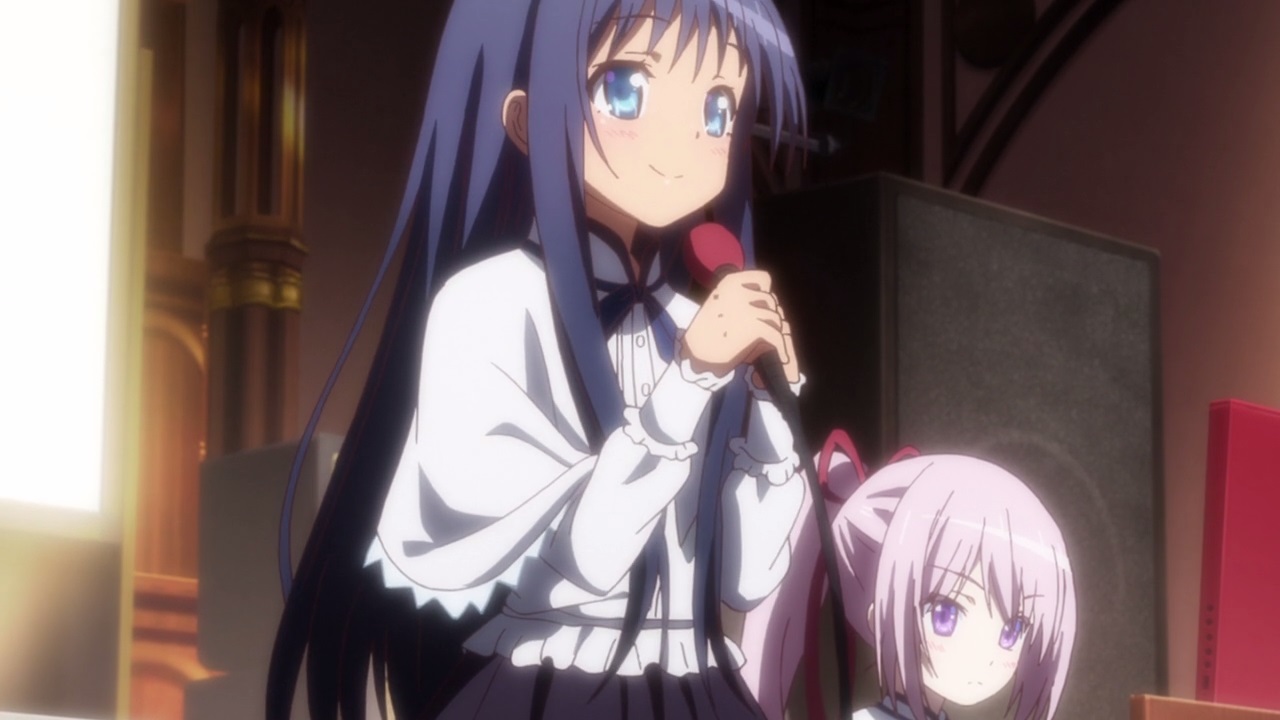 Now then, it’s time for the concert and let’s start things off with Kiryu-sama’s band where she’ll do the illustrations while Yuzuha Aigae sings a cover version of Lein de famille’s song “Taisetsu ga Kikoeru”.

Yeah, seems that Kyo Nukui is helping Koume Ougi’s band. But to be fair though, he originally composed that song and Lein de famille performed it first. 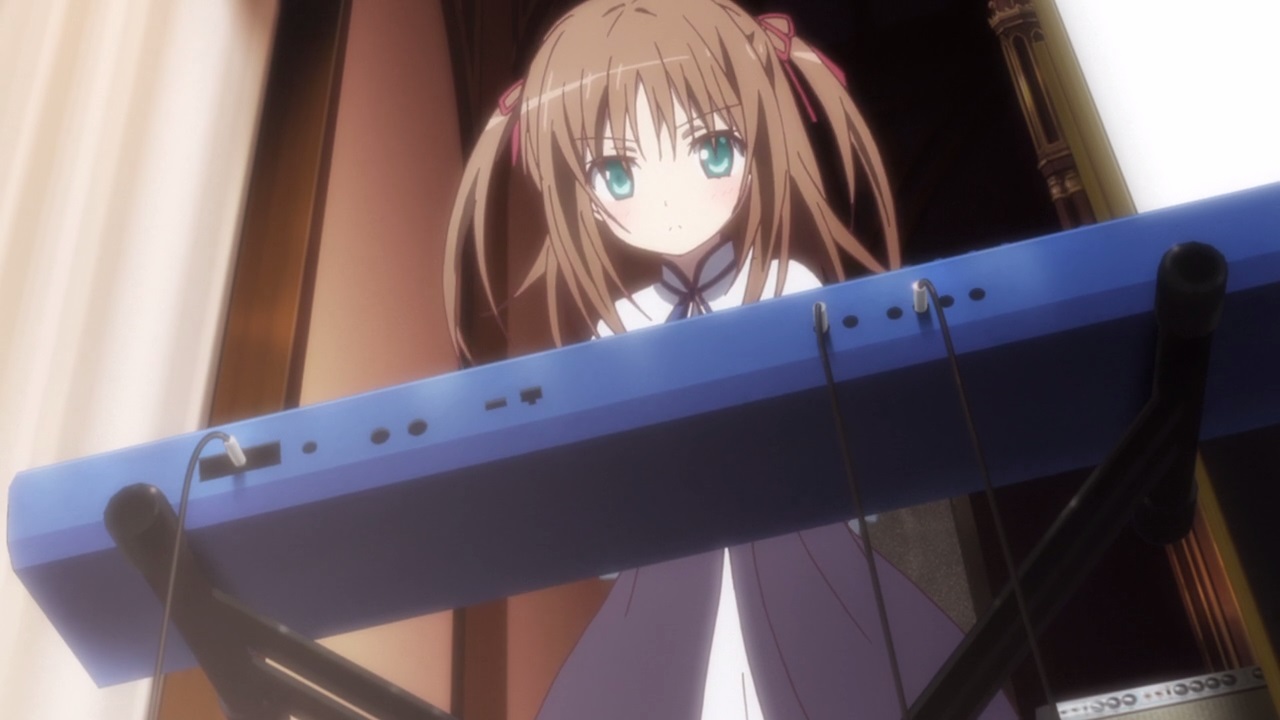 And here’s Kurumi Nukui as she used her experience on playing the piano because c’mon, Koume and Yuzuha couldn’t function as a band without a musician like Kurumi. 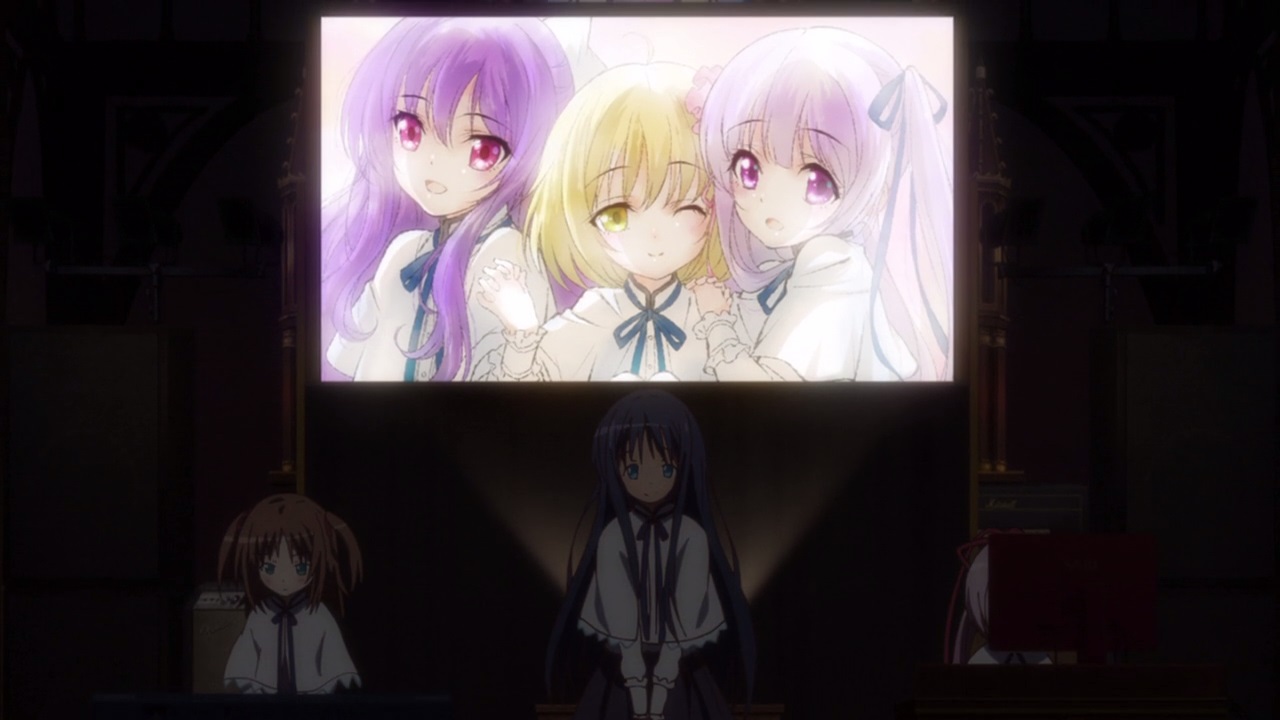 Well, seems that Kiryu’s band has finished playing as she has finished her illustration. Yeah, it looks great as always!

However, let’s just say that Koume Ougi and her friends are the away team and while the audience are impressed by their performance, they’re here to watch Lein de famille as they’re about to perform their new song. 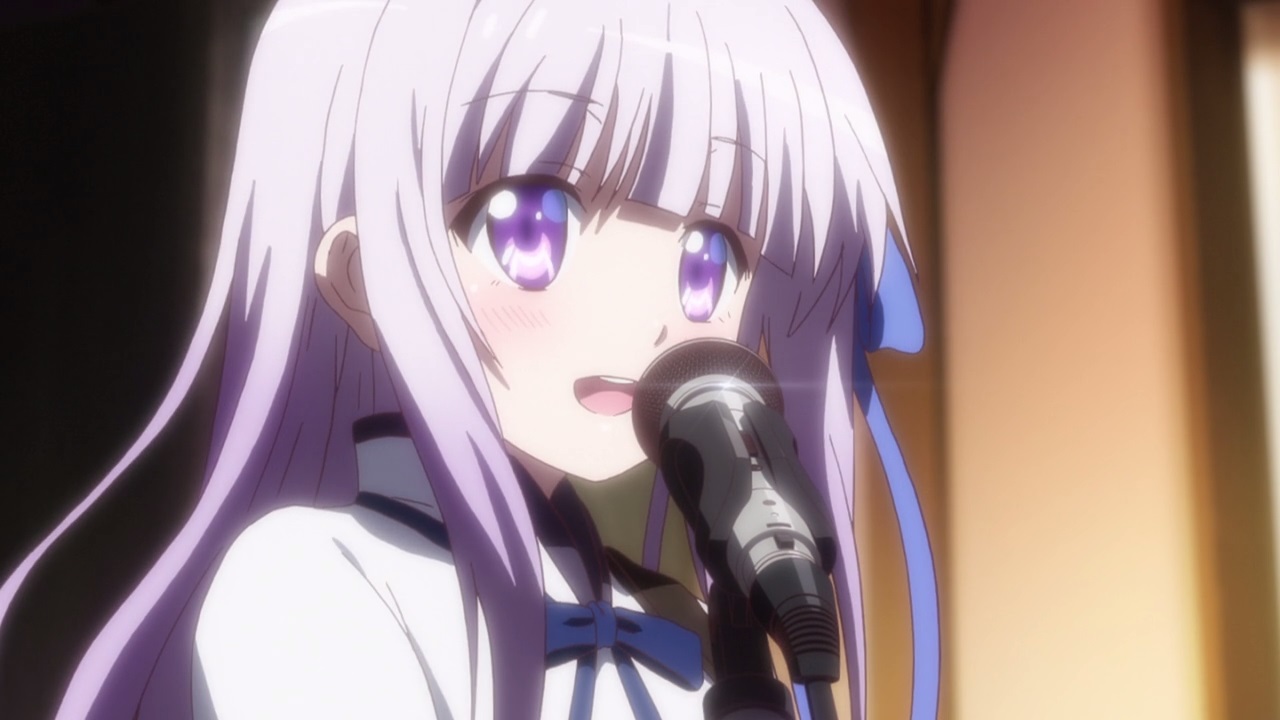 And here’s the defining moment on the finale as Lein de famille performed “First Step”, the original song that Jun Gotou, Nozomi Momijidani, and Sora Kaneshiro made.

Yeah, these girls has leveled up their game and thanks to Kyo Nukui’s advice, Jun-chan and the girls have made a song by themselves that everyone got impressed. 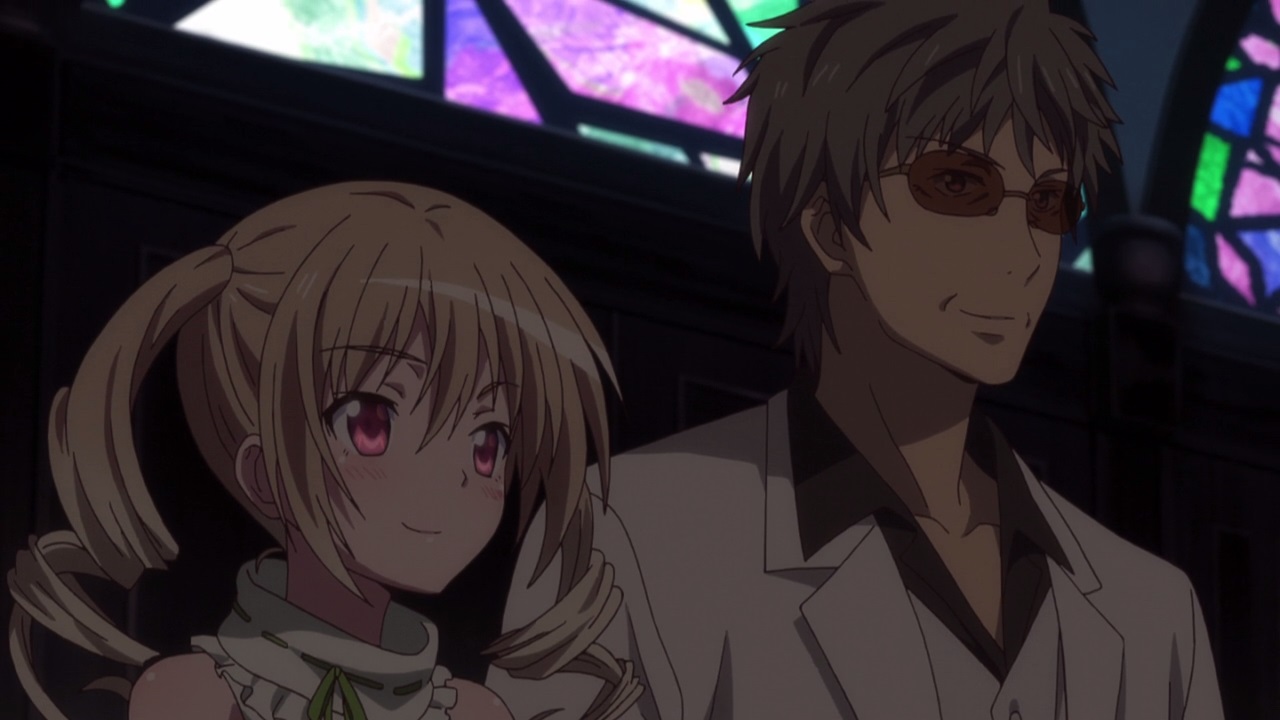 For Sakura Toriumi and Masayoshi Sawatari, they’re so proud that the little girls are getting better on what they do.

Heck, even Sawatari couldn’t help but to applaud Kyo Nukui for giving those girls a push to become better musicians. I mean, this priest still has some soul when it comes to rock! 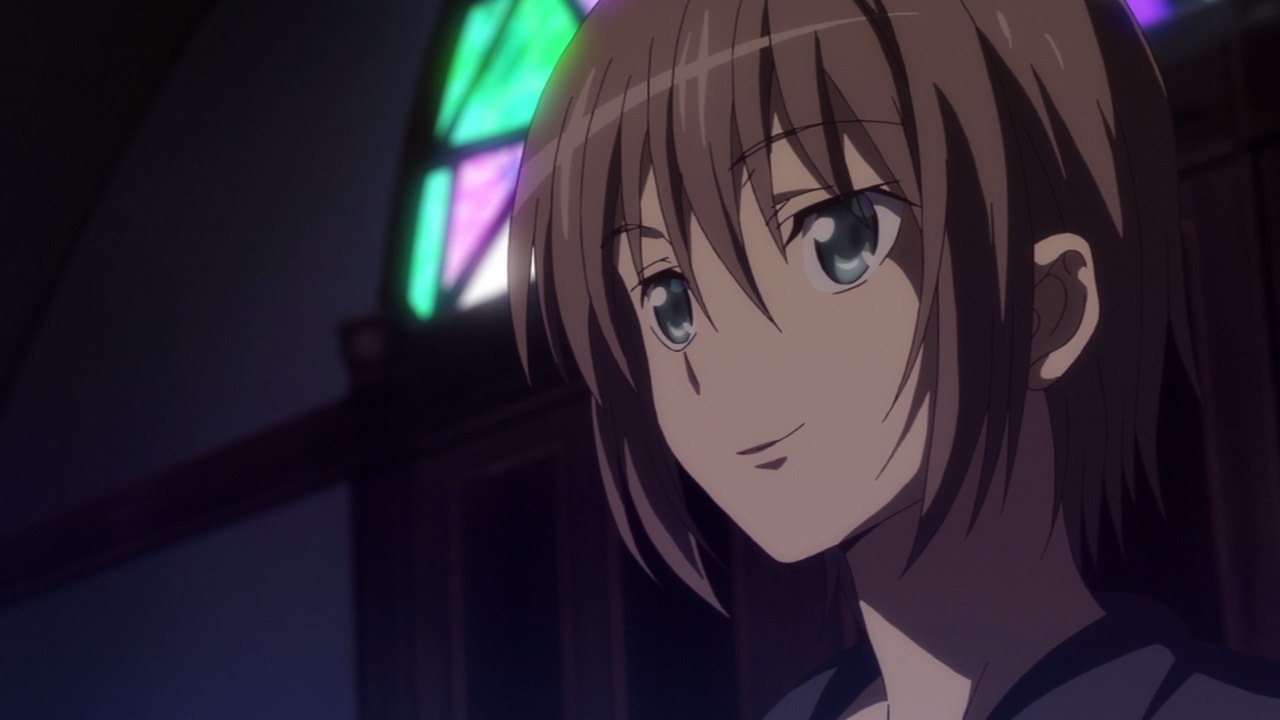 And as for Kyo Nukui, seems that his outlook on life has changed upon meeting the girls at Little Wing. Sure that there would be a time where he meets his middle school classmates and bully him again, but I’d say that Kyo-kun has become more active than before and c’mon, he’s a nice guy after all!

Still, I hope that he’ll have to be careful since Kyo Nukui might get suspected on being a pedophile due to being surrounded by 3 girls from the orphanage. 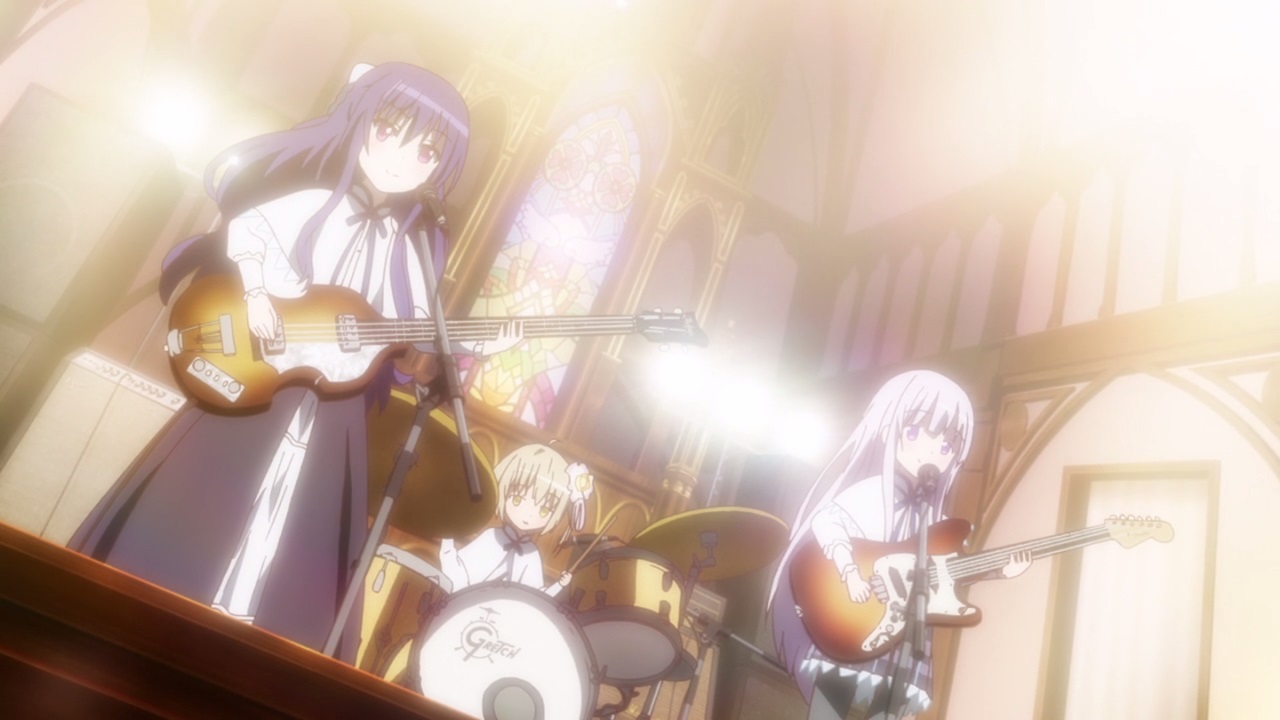 And that’s the end of Tenshi no 3P! as Lein de famille has won the crowd yet again. Of course, it’s not even a contest to begin with. Still, at least Koume Ougi reconciled with Jun Gotou and her friends, but she won’t give up on making Kyo Nukui as her husband.

Anyways, this is the end of this anime adaptation of Sagu Aoyama’s latest light novel. I must say that despite the loli jailbaiting that’s present on this show, I feel that Tenshi no 3P! felt decent as there’s more to this than showing loli characters like Nozomi Momijidani’s revelation of having relatives, Kyo Nukui trying his best to communicate with other people, the list goes on.

On the other hand, the music is good and that’s what counts on this show. Of course, I feel that there would be more to come should ASCII Media Works and Project No. 9 green-lighted a sequel, but not this time though because Kadokawa wants us to buy the novels.

With that said, I’m done watching Tenshi no 3P! and I hope these 3 girls will become successful in the future…