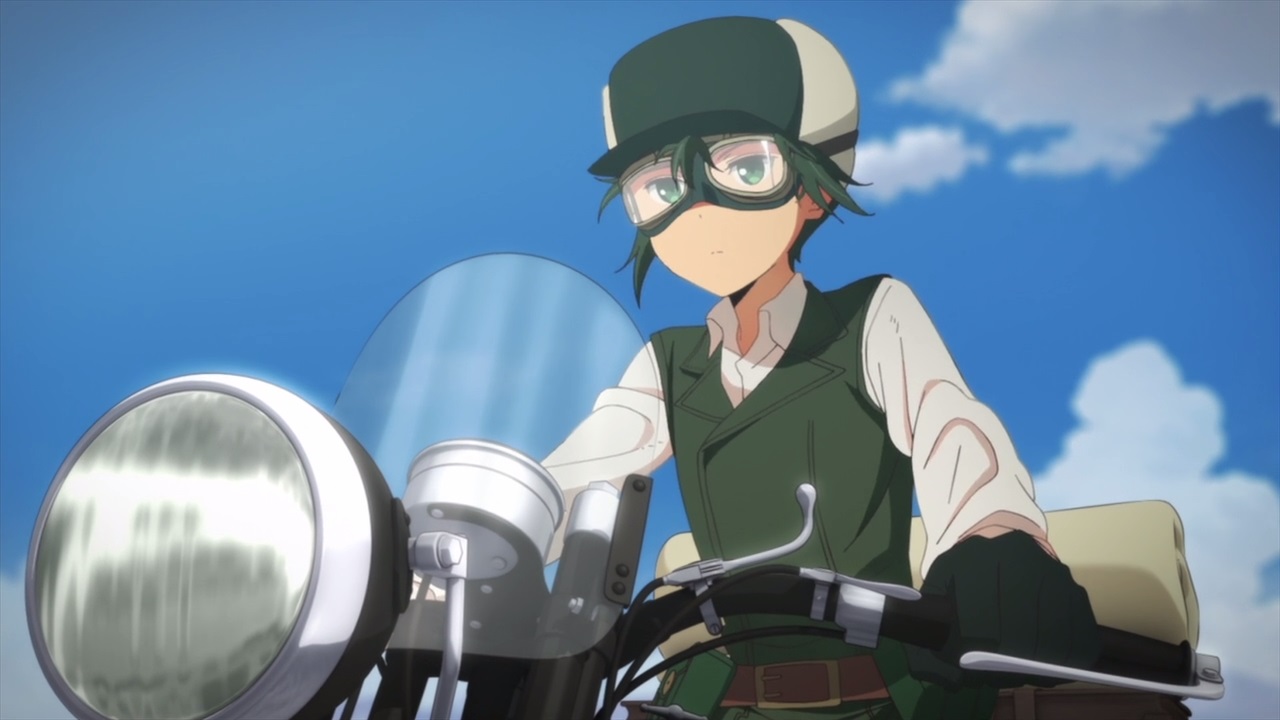 Well, here’s one of the most memorable Dengeki Bunko light novel series, now having a new animated series after more than a decade.

And seriously, Kino’s Journey is one of the best where it tells the story of a traveler and a talking motorcycle. 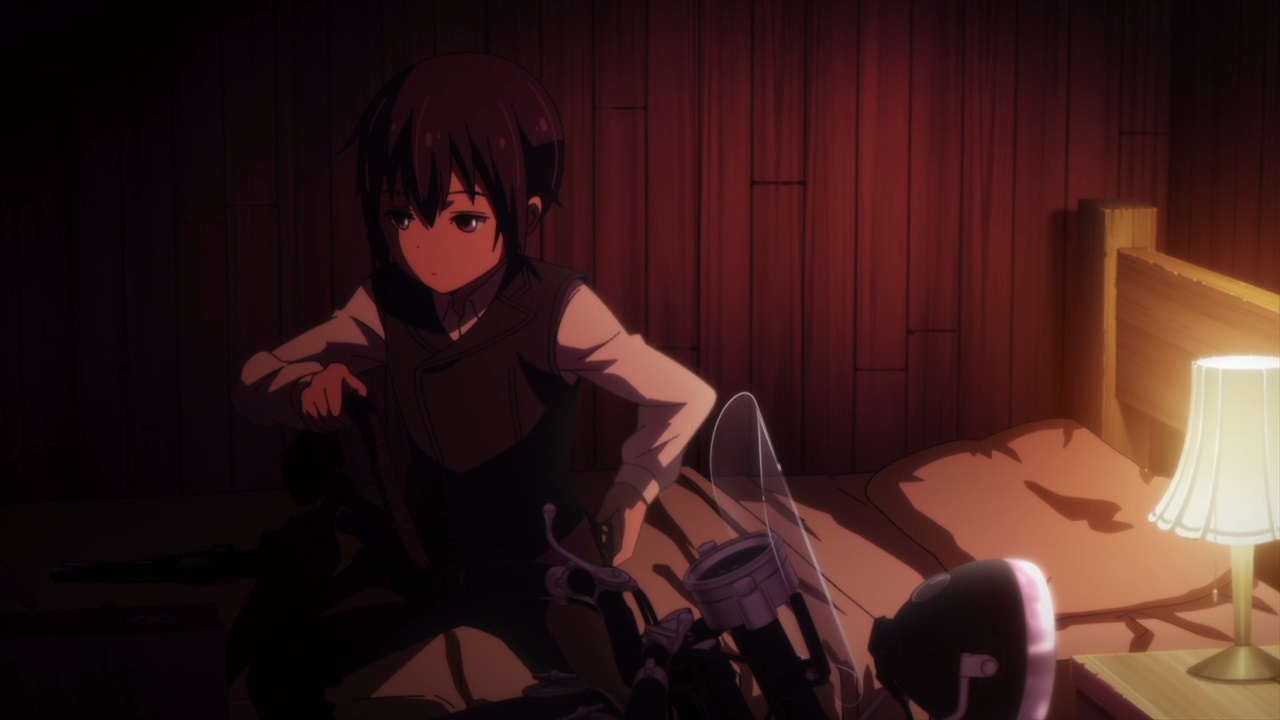 Anyways, Kino’s Journey might have a different studio and a different cast with Kino and Hermes are voiced by Aoi Yuuki and Soma Saito respectively, it’s still kept the same feeling as in the previous 2003 anime.

With that said, Kino’s first journey is at country where murder is not permitted, although some say that it wasn’t as they can kill people in that country. Of course, most of the citizens there have weapons but they don’t use it unless something happens… 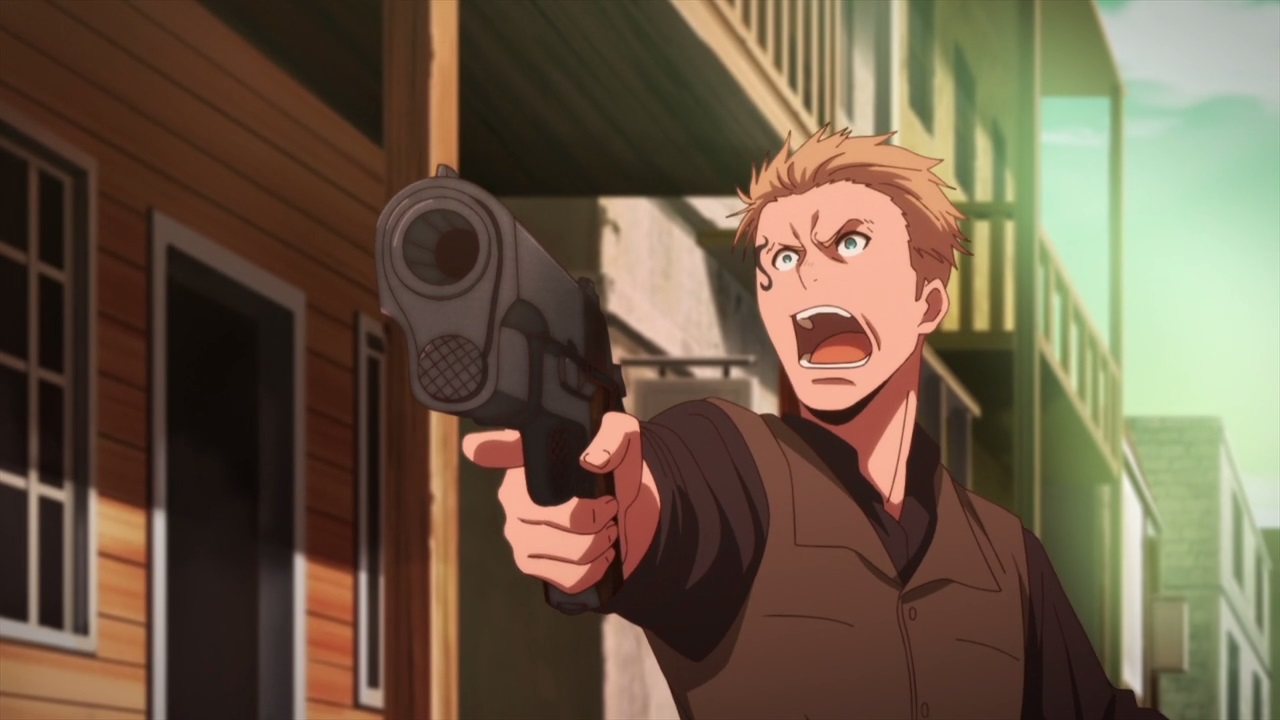 …like this guy who went to this country to live a life murdering people. Oh, and his first target is none other than Kino and Hermes who are just about to leave the country because they can only stay there for 3 days. 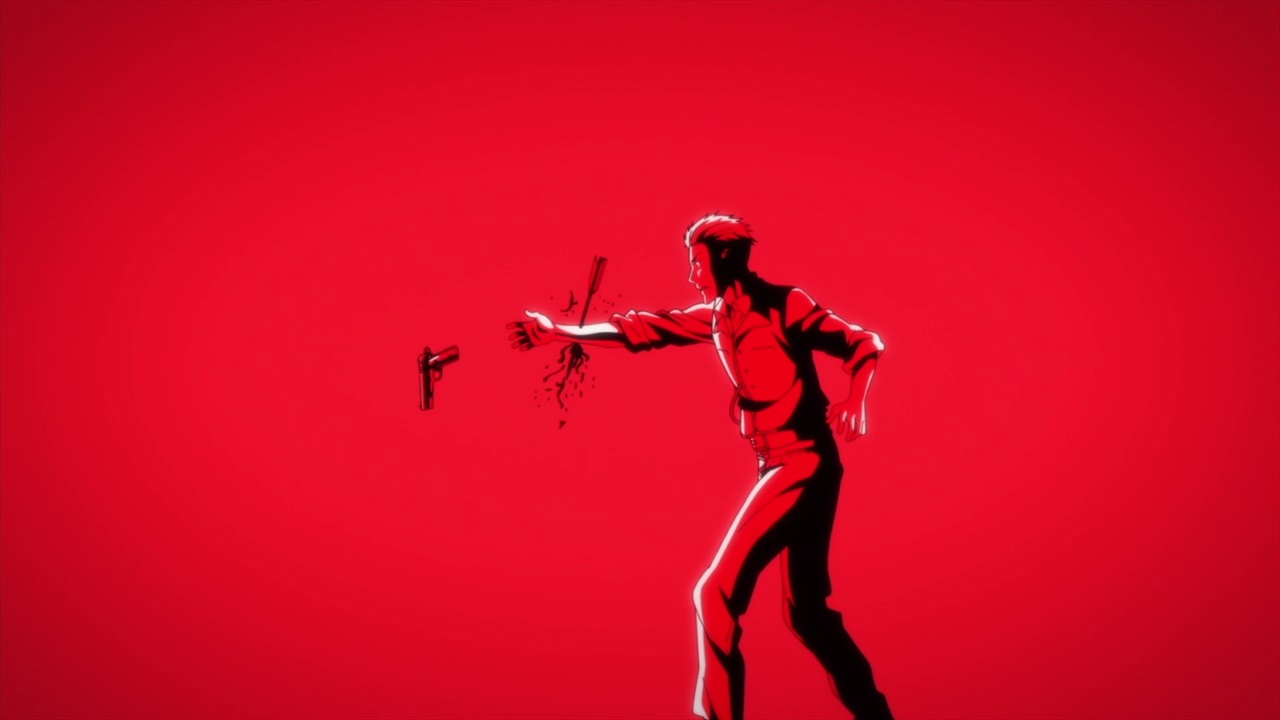 Unfortunately for this guy, he’ll have a rude awakening when he got shot by an arrow in his arm. Should have put it in his knee! 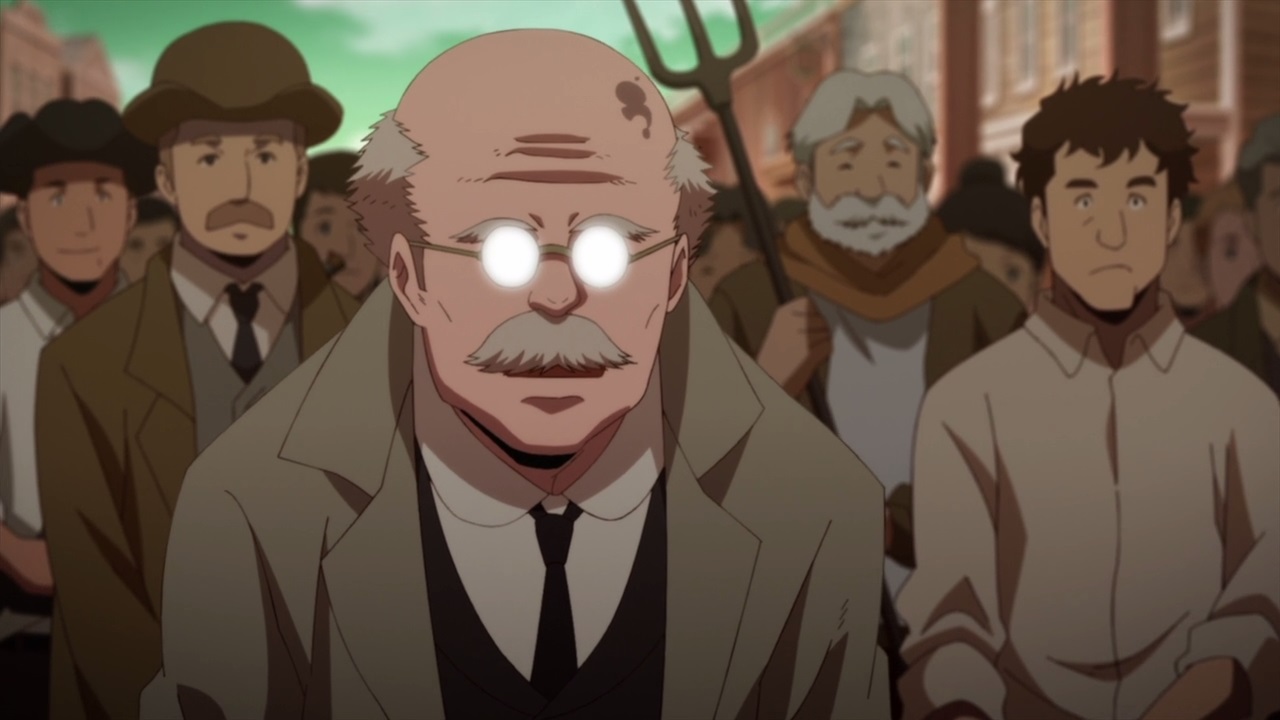 Turns out, the country doesn’t allow killing people and it’s not the same as permitting murder as Regel tells this rowdy man about the harsh rules of this country… 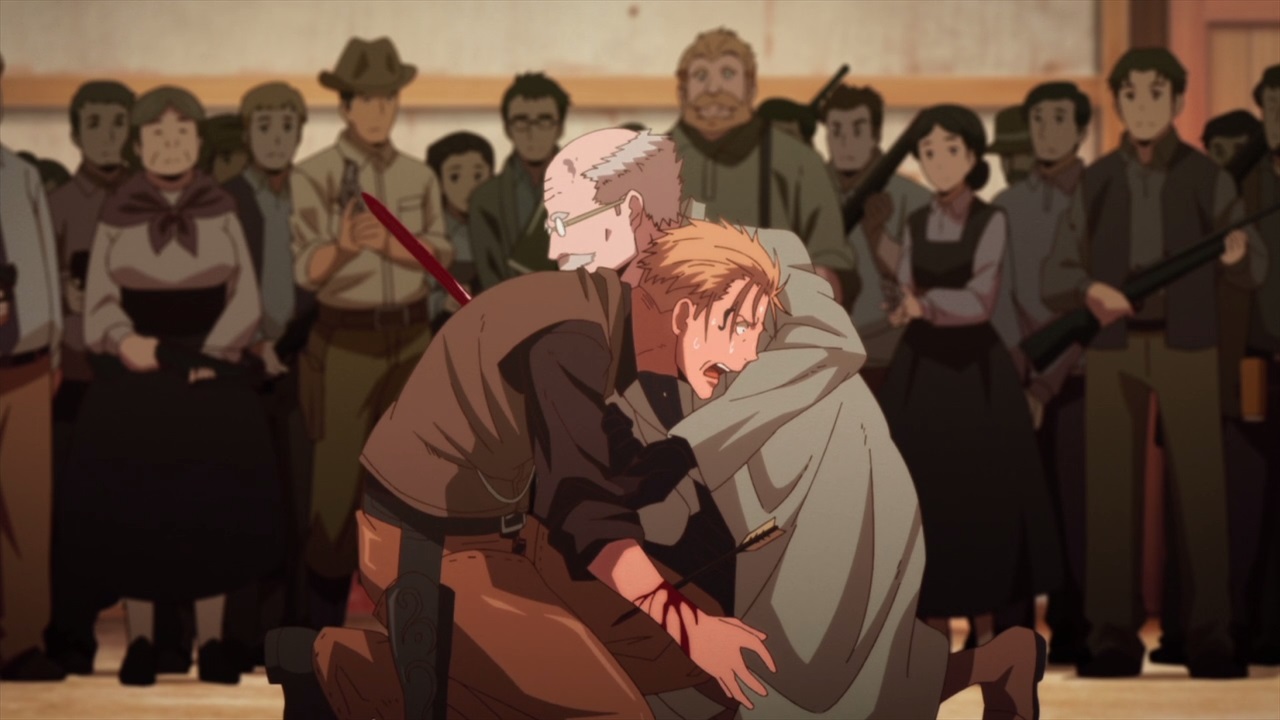 …right after Regel impaled this thug with a cane sword. Basically, don’t try to murder people or the mob will kill you, which is why this country is actually peaceful because there’s no crime committed.

I have to say that it’s been a long time watching this new iteration of Kino’s Journey, but damn it’s still brutal as ever. Of course, not all countries have laws and customs that might be off-putting to a same person, but that doesn’t deter Kino and Hermes from visiting other places because she enjoyed learning their customs even for a limited time. 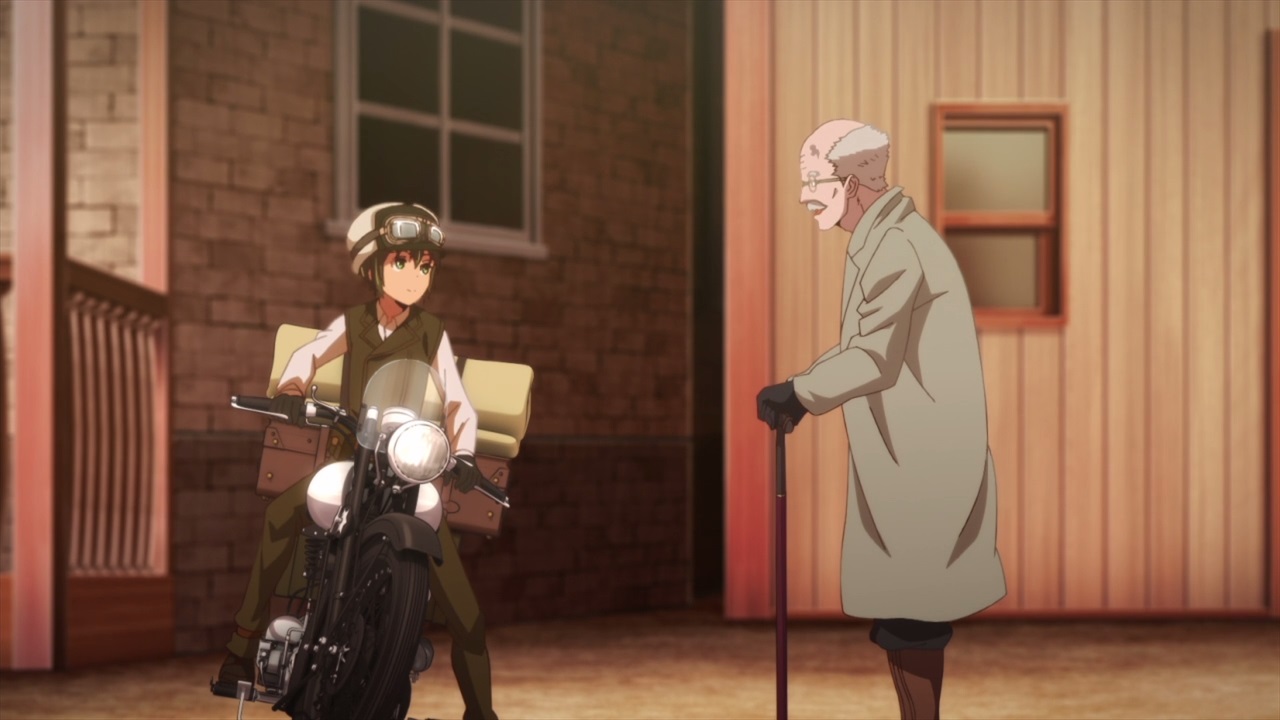 In any case, seems that it’s time for Kino and her trusty motorrad Hermes to make their departure as Regel tells them to have a safe journey. One last thing, the only thing that Kino enjoyed the most is their delicious mountain of pancakes.