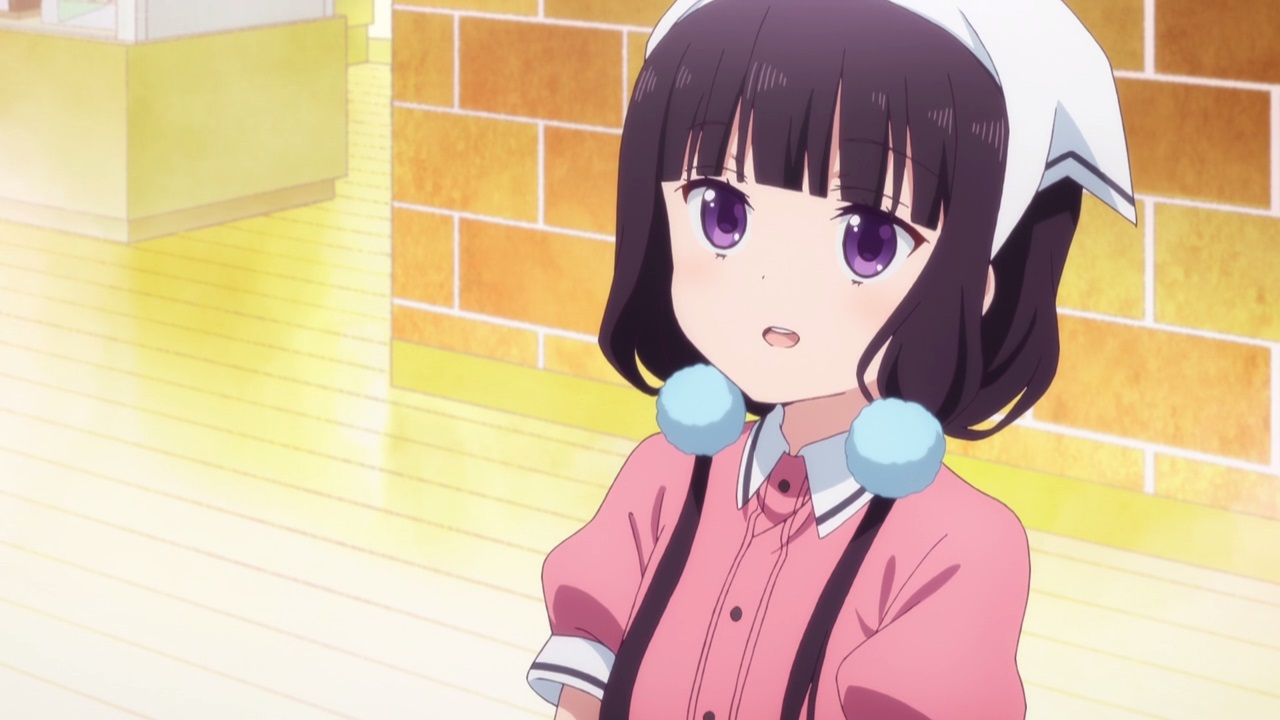 Hey everyone, it’s another anime adaptation of a Manga Time Kirara title where I have to say that it reminds me of both Gochuumon Wa Usagi Desu Ka? and Working!! 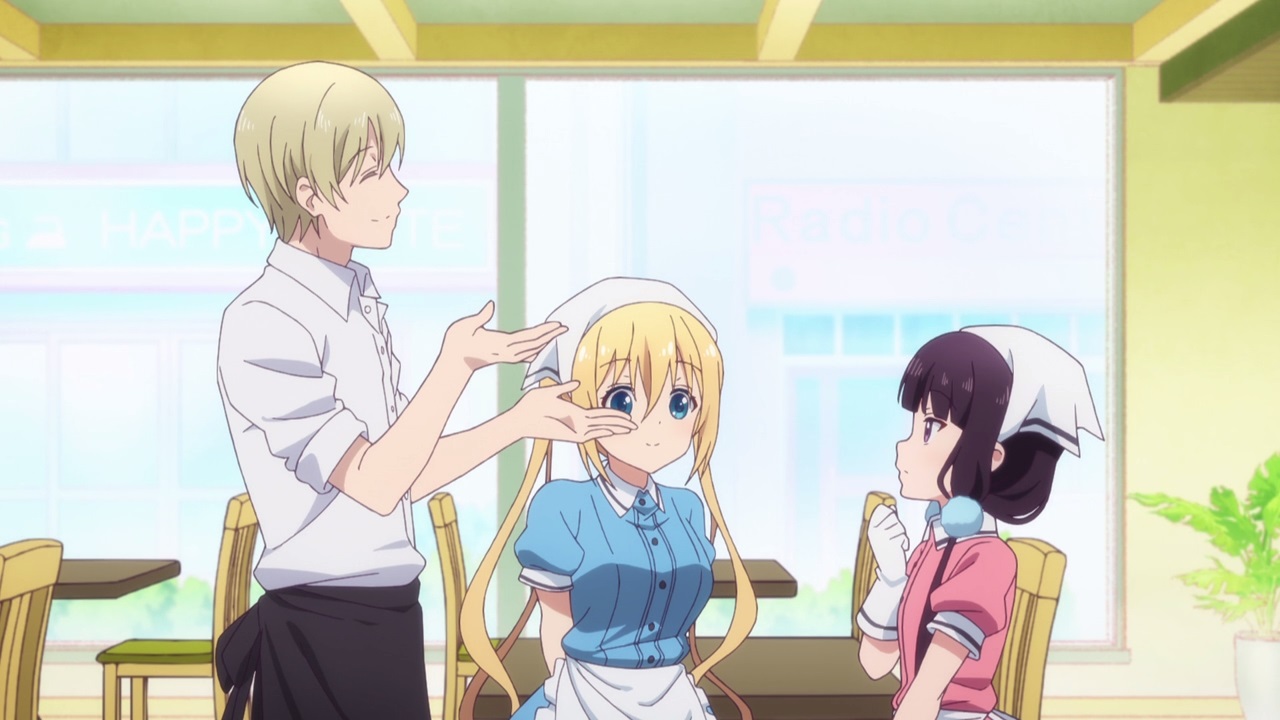 Then again, it’s probably influenced by the latter because Blend S is not only animated by A-1 Pictures, but also the cast of characters have a lot of unique traits. More on that later…

Anyways, it’s time for the main character Maika Sakuranomiya to meet her co-workers at Café Stile, Dino and Kaho Hinata, as she prepares for her first day at work as a maid waitress! 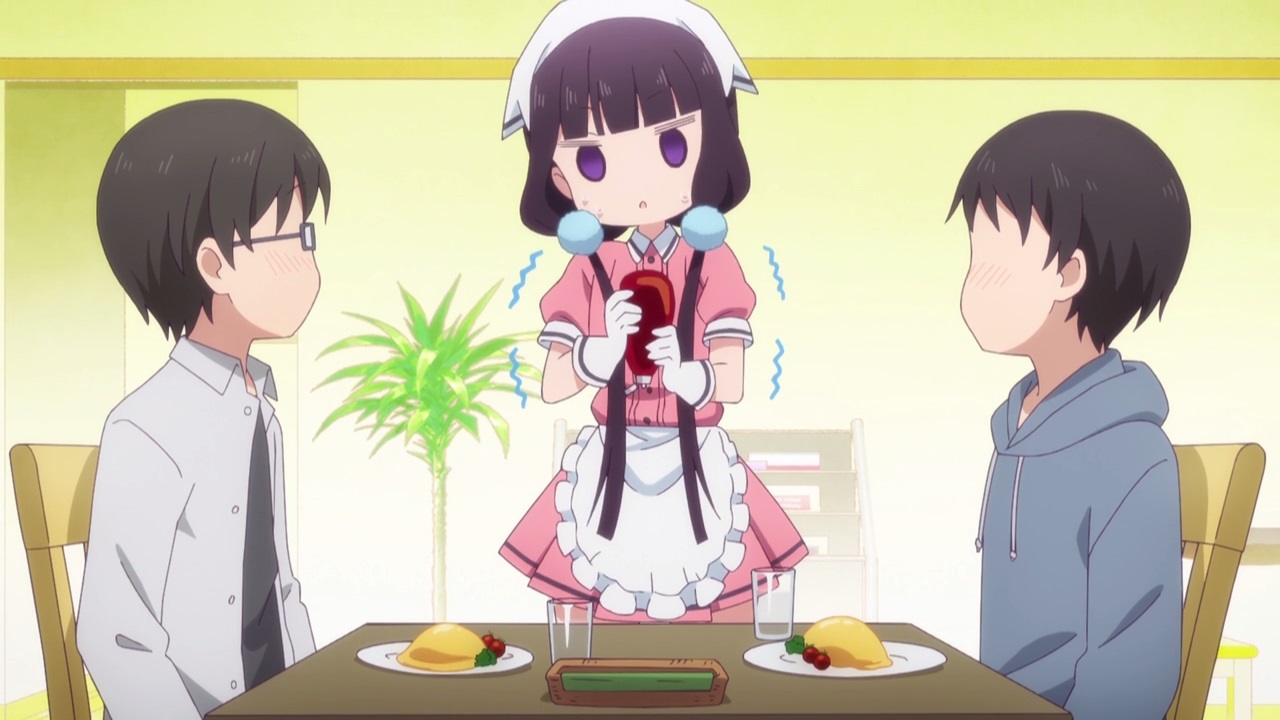 And let’s start things off as she serves her customers with a special serving of omelet rice. Now, all that’s left is for Maika to write a word onto the omurice with ketchup. 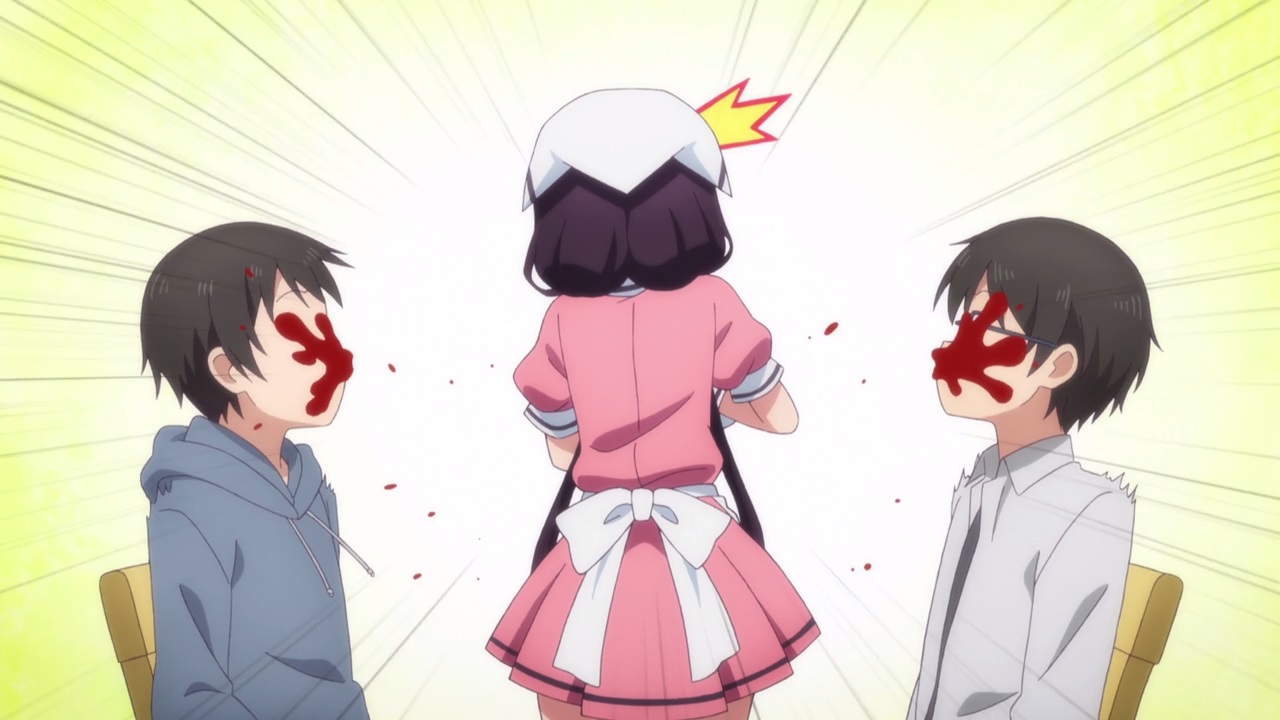 But then, she messed up as Maika spilled ketchup onto the customers. Yeah, not a good first day at work! 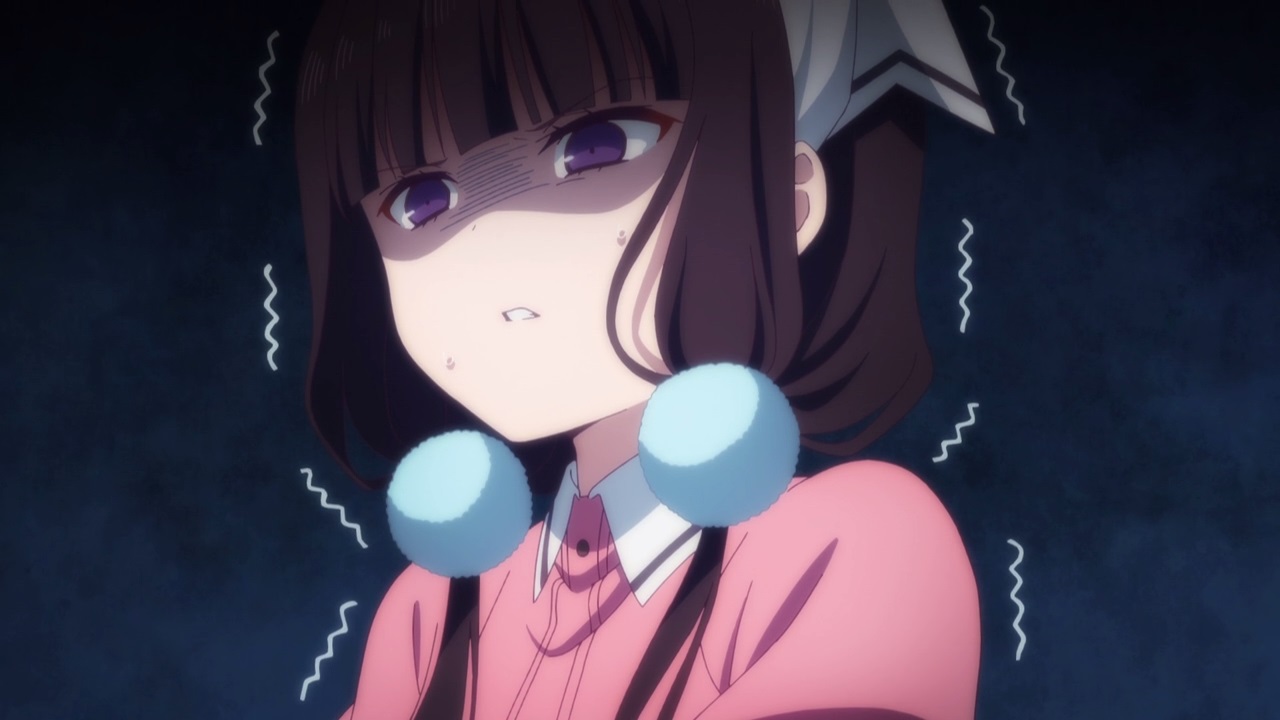 And it’s even worse is that Sakuranomiya showed her sadistic face in front of the guests, which is actually her natural expression.

By the way, it’s also revealed that Maika couldn’t get hired in any of the part-time jobs because of her scary face, and she needed to earn money to study abroad. 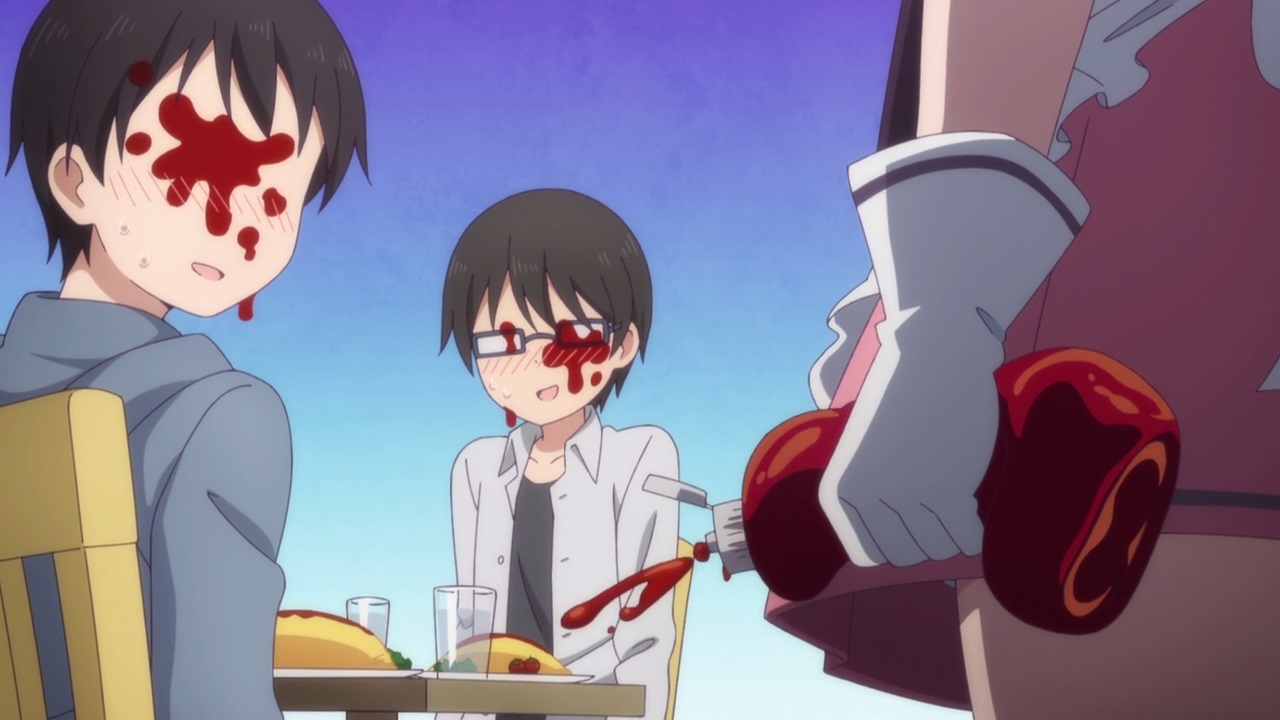 Then again, seems that the customers loved it as they got turned on by Maika’s sadistic side! 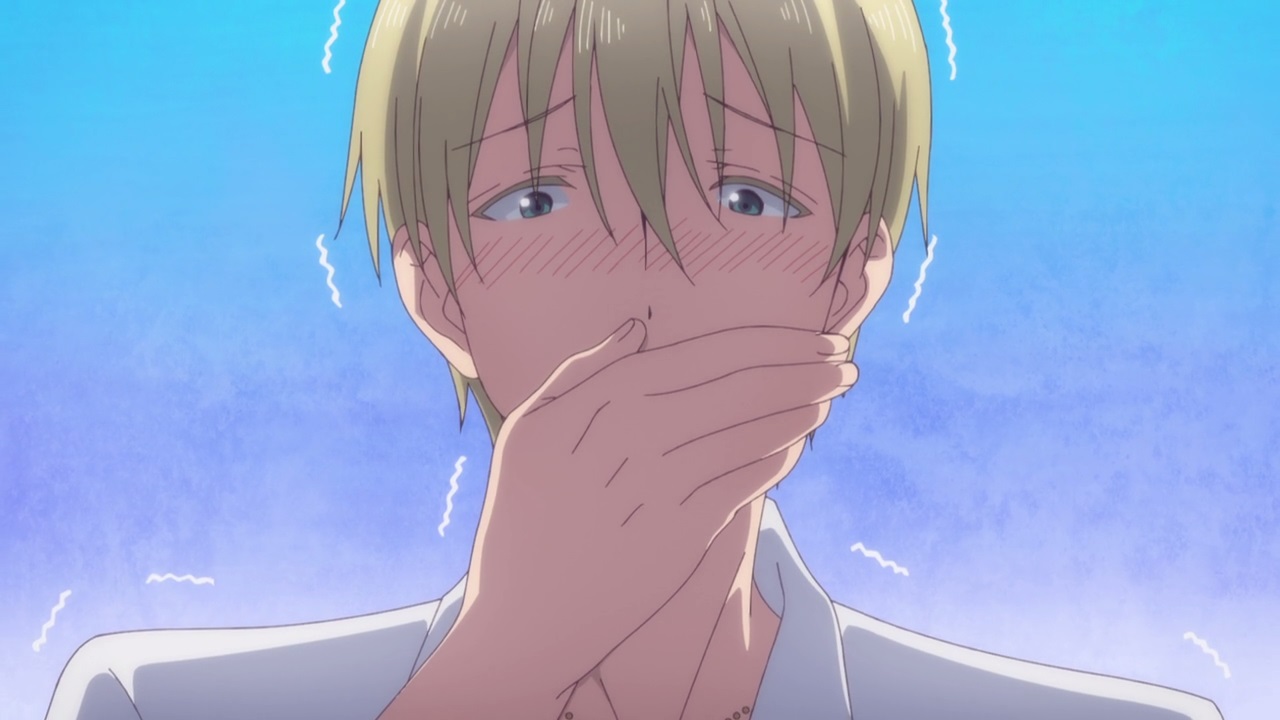 Heck, even the store manager Dino is loving it. Well, it turns out that Café Stile has maid waitresses with different traits like a tsundere character and a little sister. But now that Maika Sakuranomiya has been added as the sadistic maid, seems that this maid cafe would become more livelier than ever!

In any case, seems that Blend S is looking good so far, but I feel that it’s somewhat similar to Working!! and it needs some bit of identity in order to stand out among the rest of Manga Time Kirara titles. But hey, at least the characters looked cute though just like any other show from Houbunsha’s premier manga magazine.