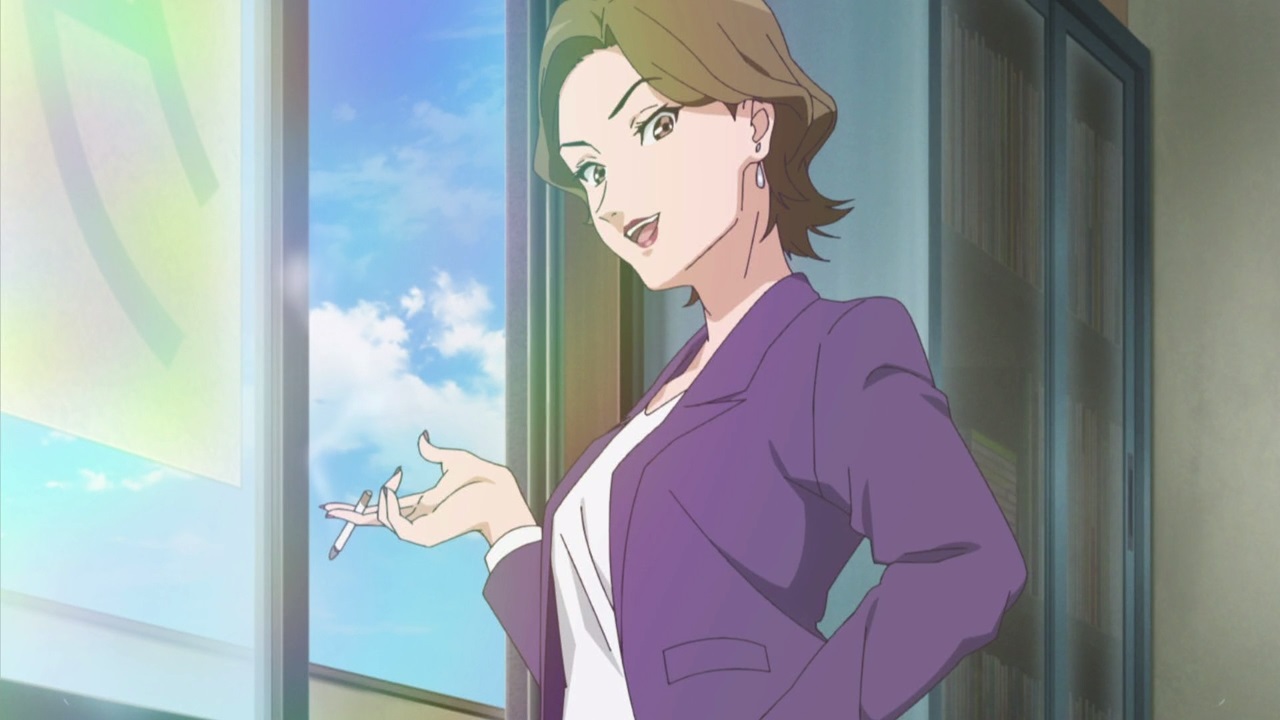 Well, I have a bad feeling about Junko Tange’s snap decisions as she’s aiming for Wake Up, Girls! to do a national tour, ending it at the Sendai Stadium. 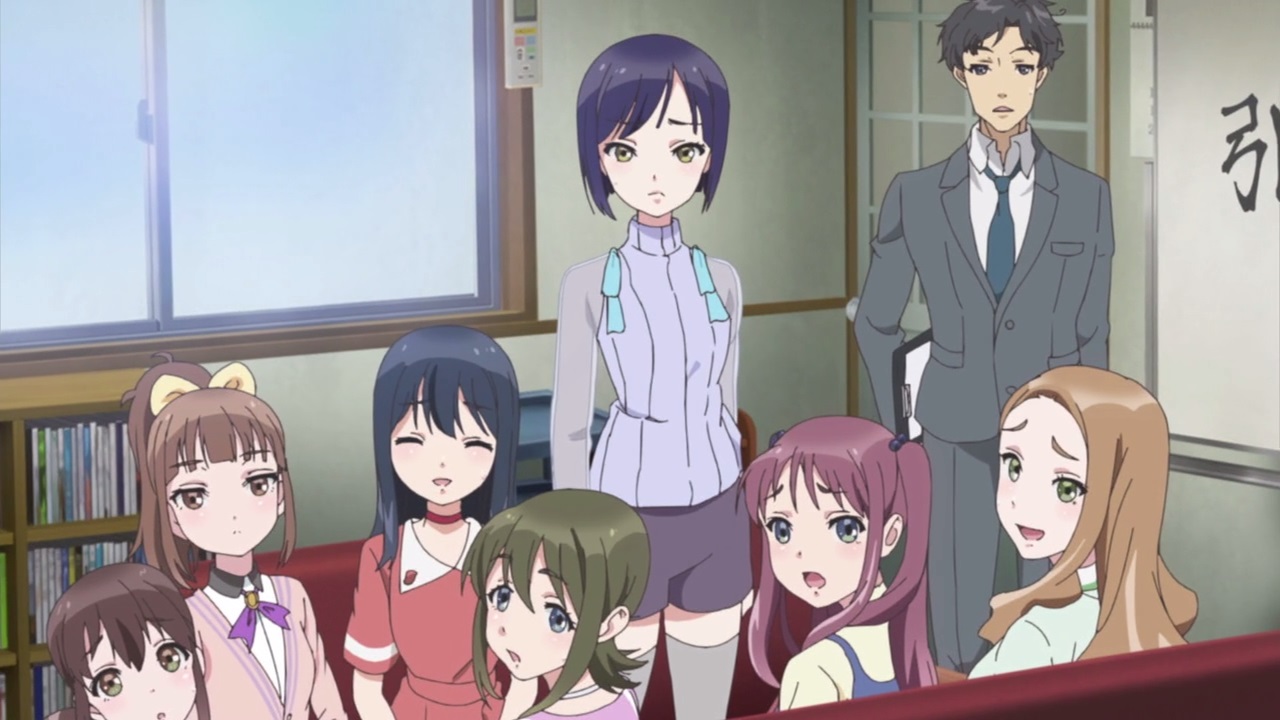 And everyone felt shocked about that announcement, especially Matsuda-san. Well, he learned that news from the previous episode.

On the other hand, I feel that the animation felt bad on this 2nd season and while it takes time for me to get used to it, I wish that the story on this new series would be good because that’s how Wake Up, Girls! got its charm. 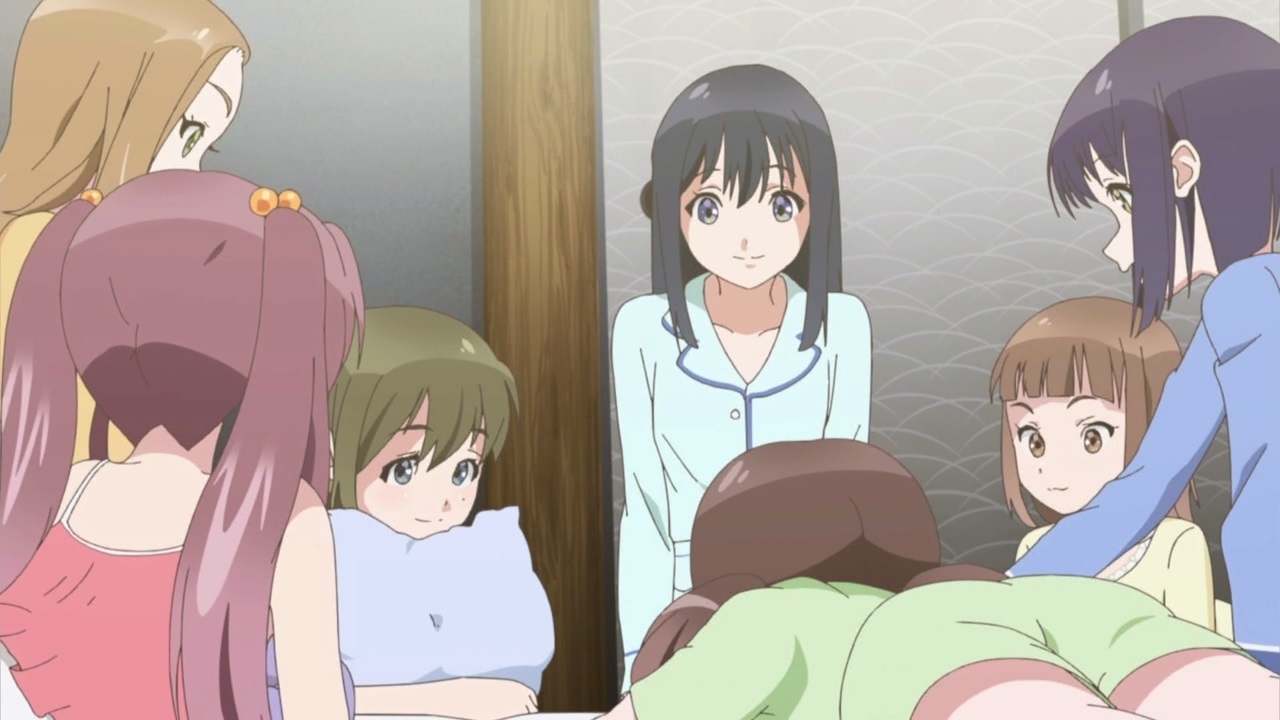 Now then, it’s time for WUG! to stay at a dormitory together because they need to become closer and it’ll be easier for Green Leaves Entertainment to manage the idols easier since they’re in a single place.

By the way, most of the girls have graduated high school so there’s nothing to worry about them repeating a grade. 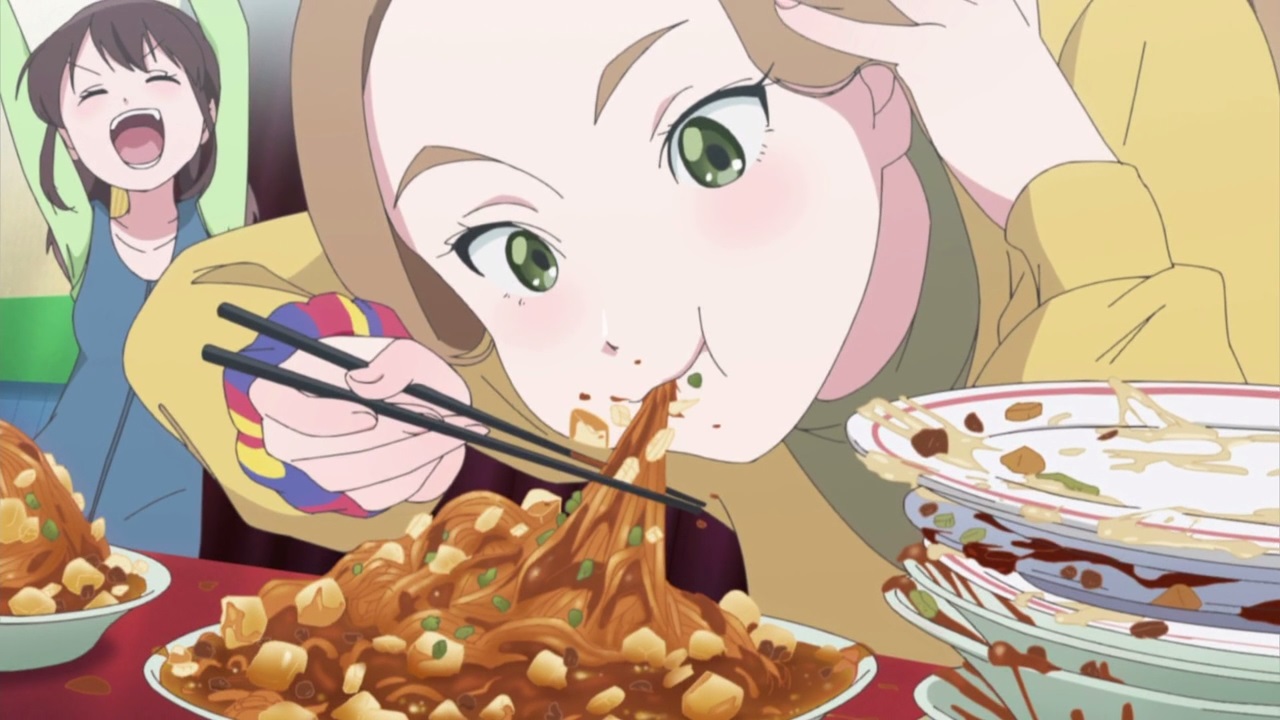 While Minyami can handle a lot of food since she has a big appetite, Kayatan felt that she’s being underestimated by everyone as she couldn’t eat as much as Minami. So, Kayatan chow down as much as she can! 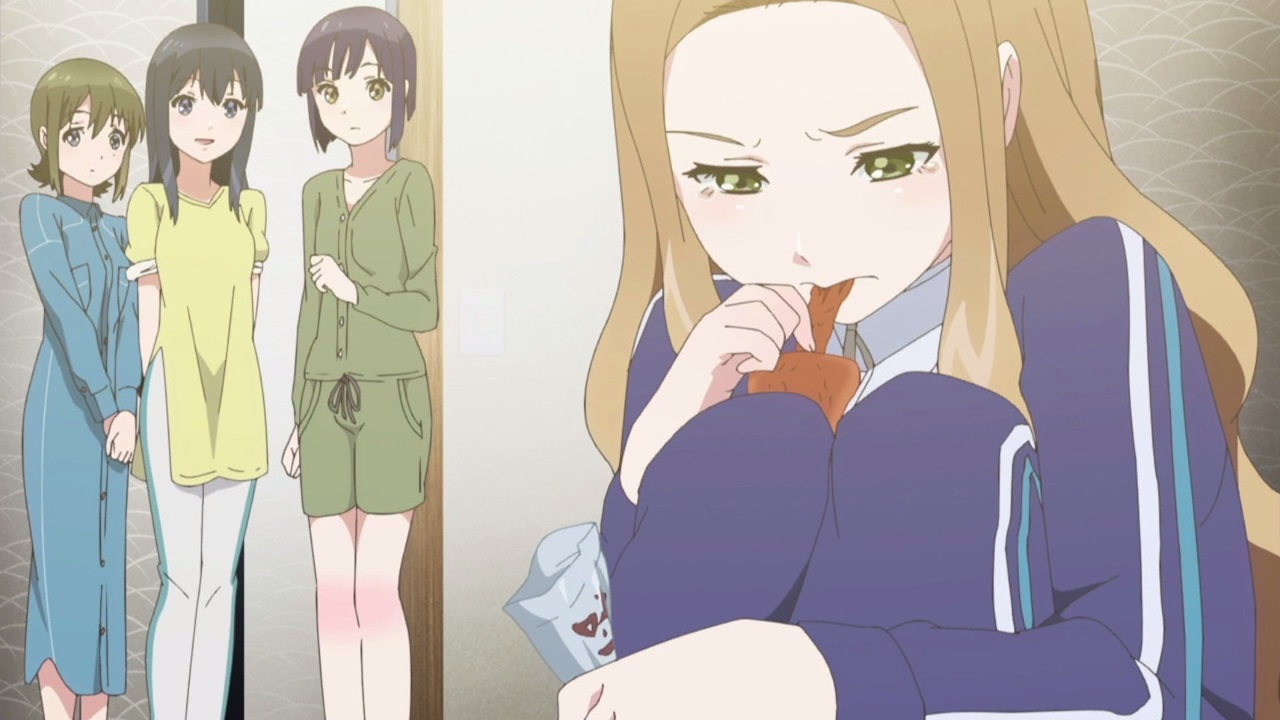 Then again, Kayatan felt that she ate too much that she skip dinner most of the time and spend more on dance lessons in order to shave off some weight.

Of course, it would be better if she takes care of her body efficiently as Kaya’s friends are worried about her. C’mon, she looked so agonizing when Kaya eats dried seafood. 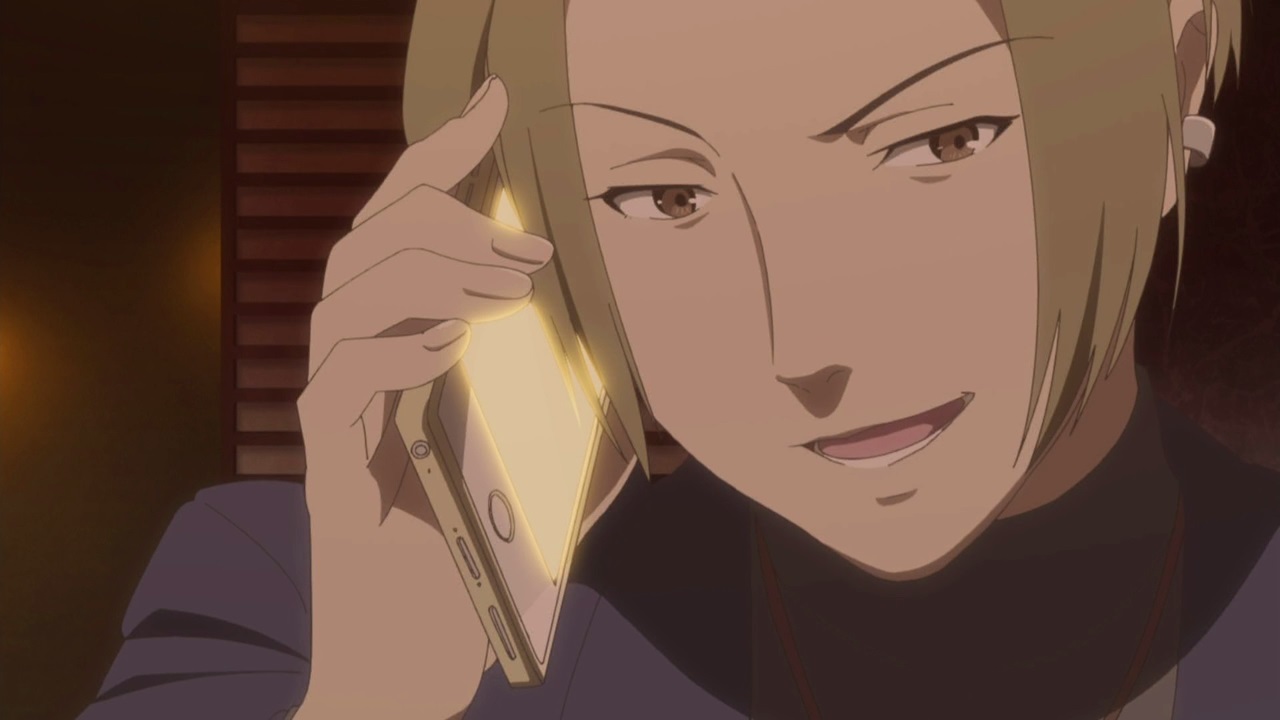 Meanwhile, here’s Tasuku Hayasaka and he’s having trouble composing a song as he told Shiraki about it.

Well, I have to say that Hayasaka is either having a writer’s block or it’s just that he’s getting tired of composing idol songs… unless Tasuku got some inspiration from Wake Up, Girls! 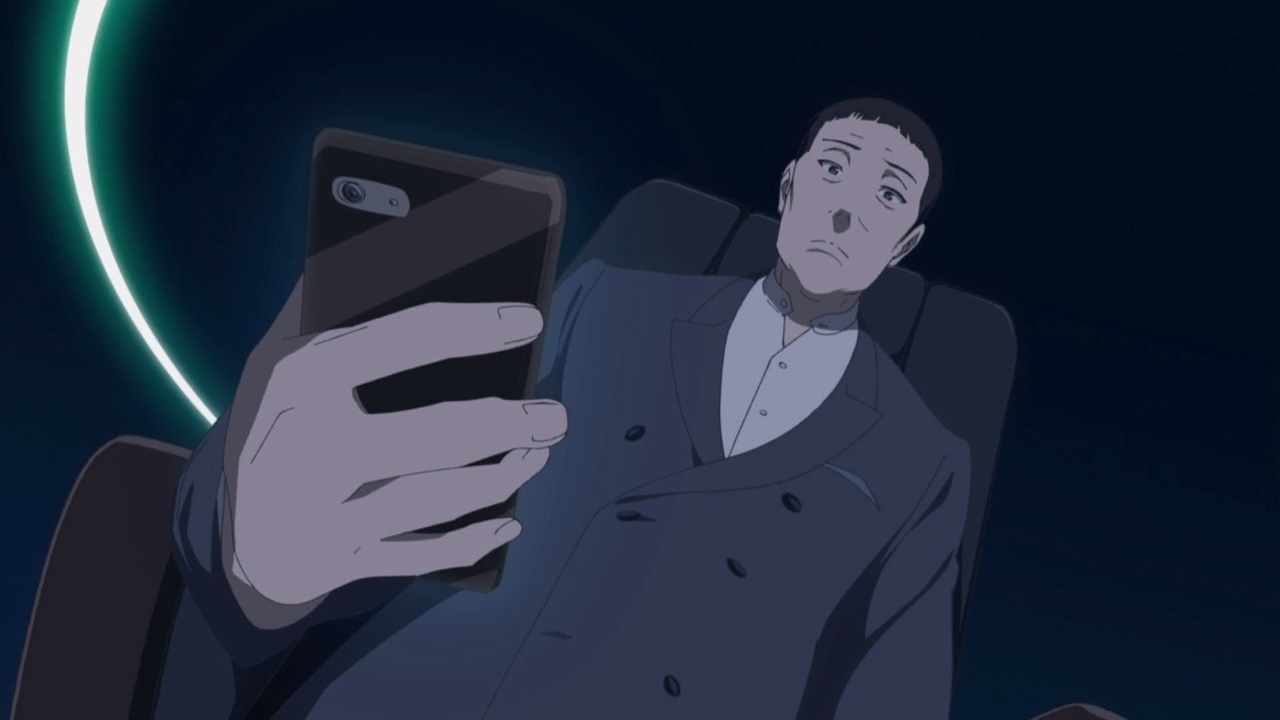 And speaking of Tooru Shiraki, his idol group I-1 Club is still at the top of their game despite feeling their decline in recent times.

Once more, the I-1 Club is facing another challenge and it’s not some random idol group who wants to take the top… 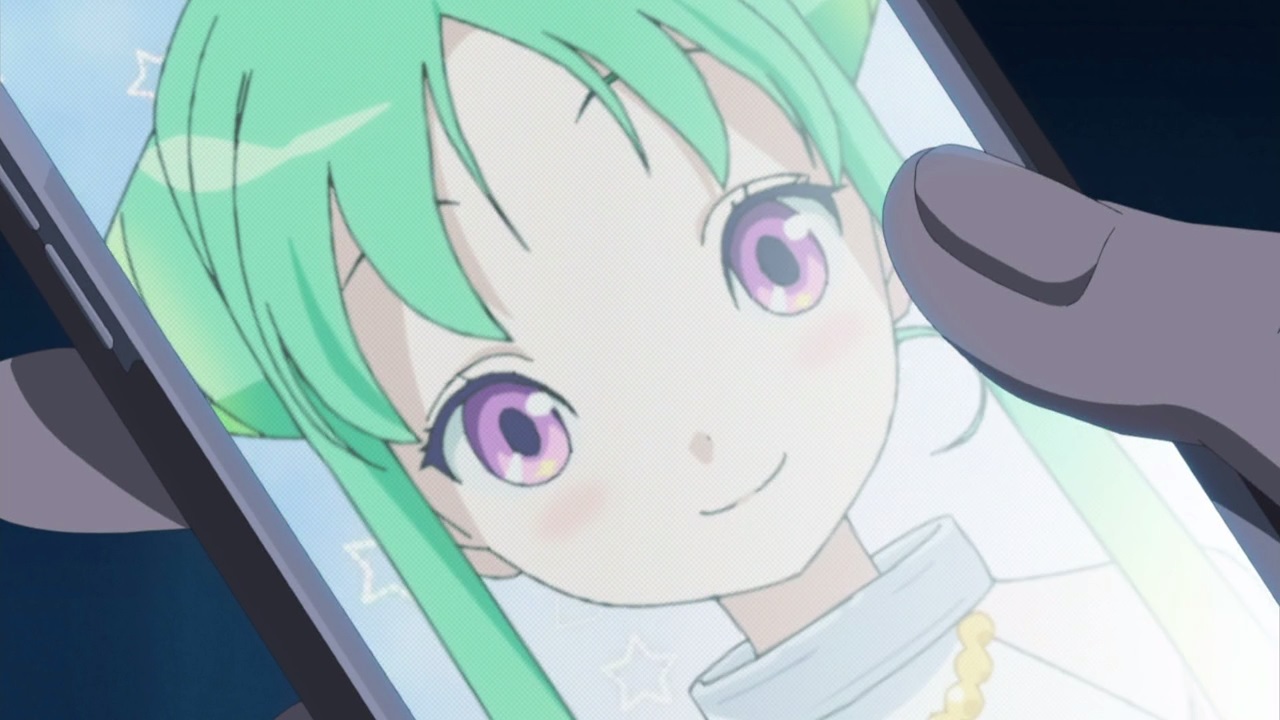 …but rather virtual idol in which I have to tell you that it’s already done before.

Yeah, remember Miku Hatsune (or Hatsune Miku) and her fellow Vocaloids? I mean, they’re still have fans to this day. Of course, real idols and virtual idols are different things so it’s not like the latter is curb-stomping the former.

And that’s about it for this episode as Kaya Kikuma understands that she doesn’t need to eat less in order to shave off weight, as long as she knows how to take care of herself. Then again, it’s all thanks to Minami and her fellow idols from WUG! who helped her eating and dieting problems. With that said, I can’t wait for the next episode!