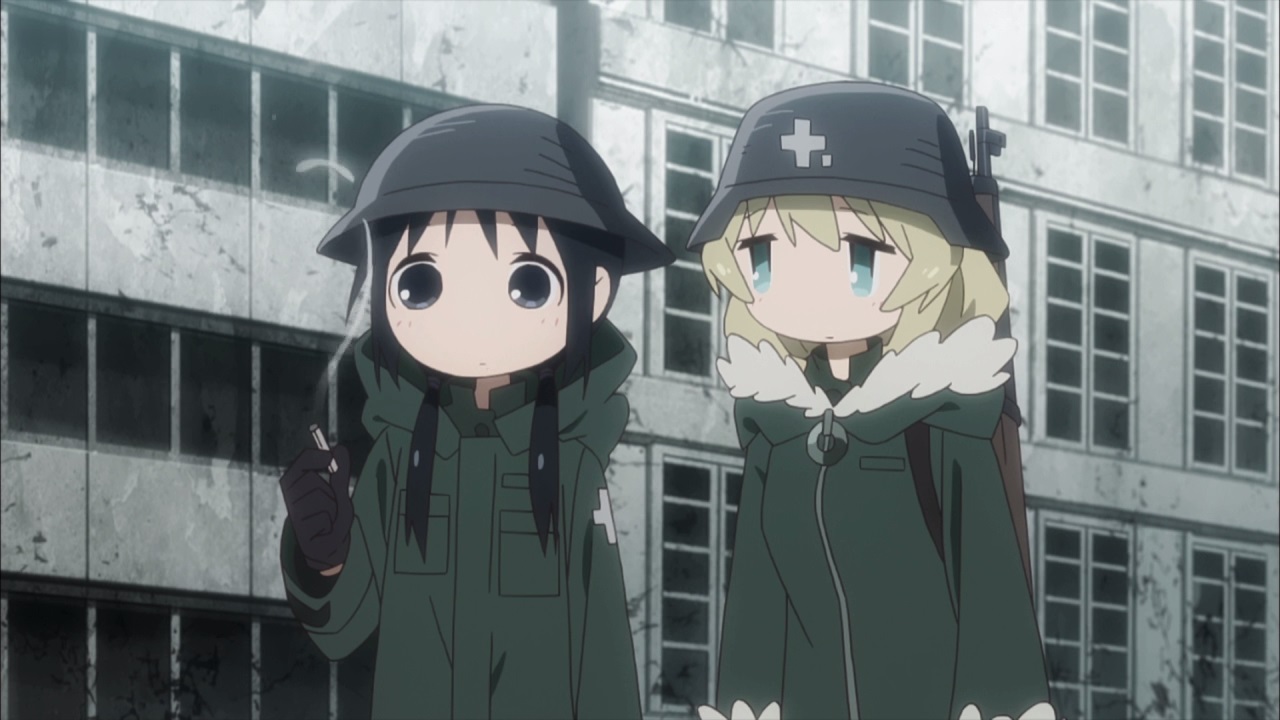 Here’s Chito and Yuuri as both girls found a burning cigarette lying on the ground. Seems that they’re not the only ones who are alive on this desolate world? 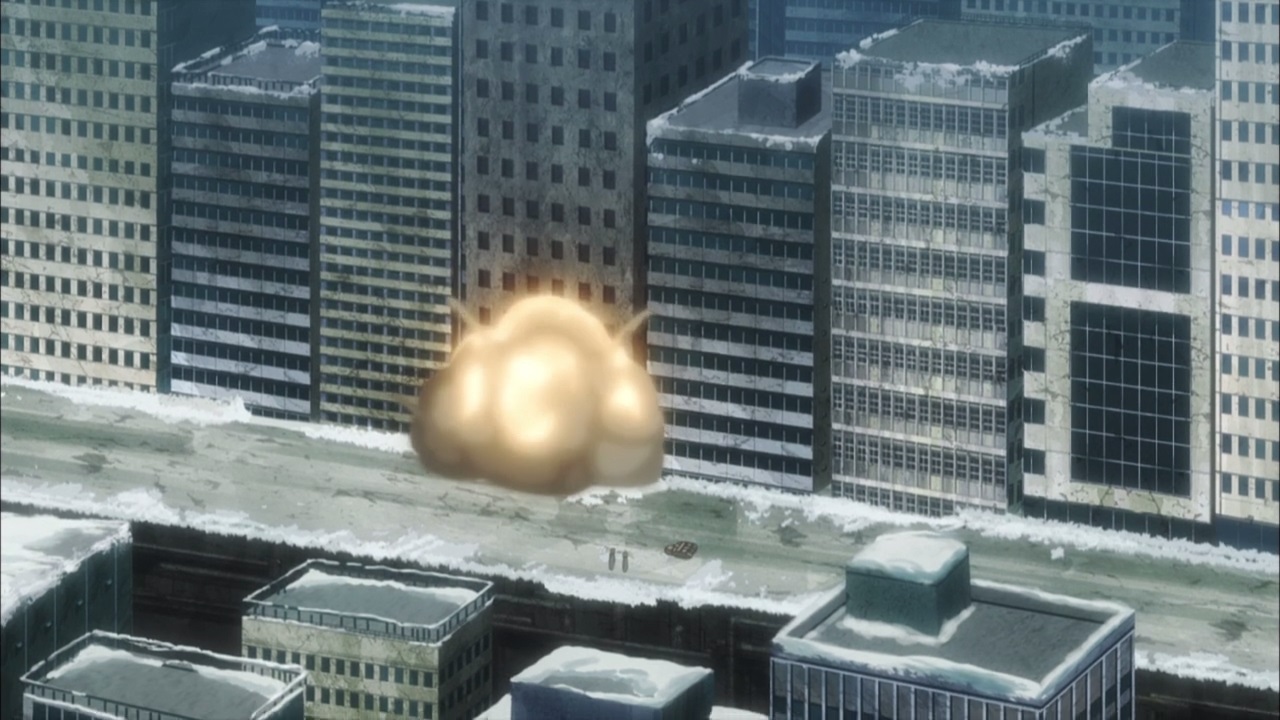 And then, an explosion happened in which both Chi and Yuu are caught off-guard. Yeah, this is not a good start on this episode! 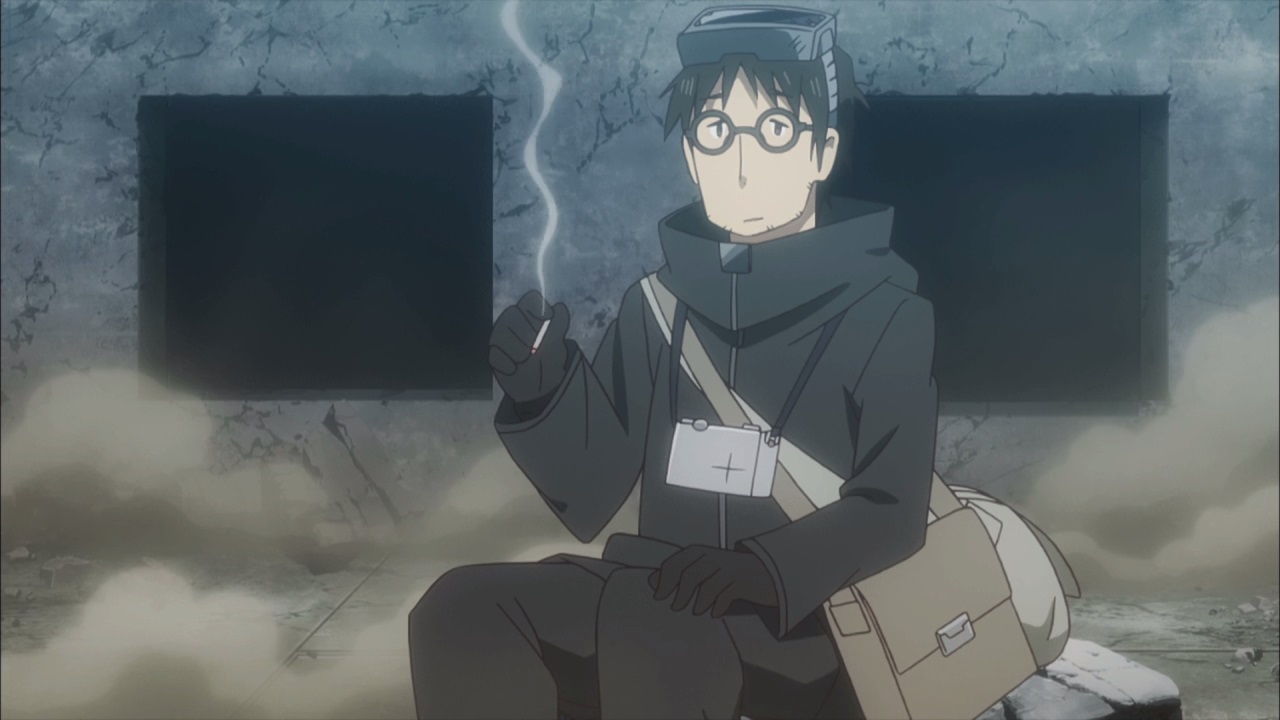 Anyways, it turns out that this man named Kanazawa is the one who planted explosives and detonate it… 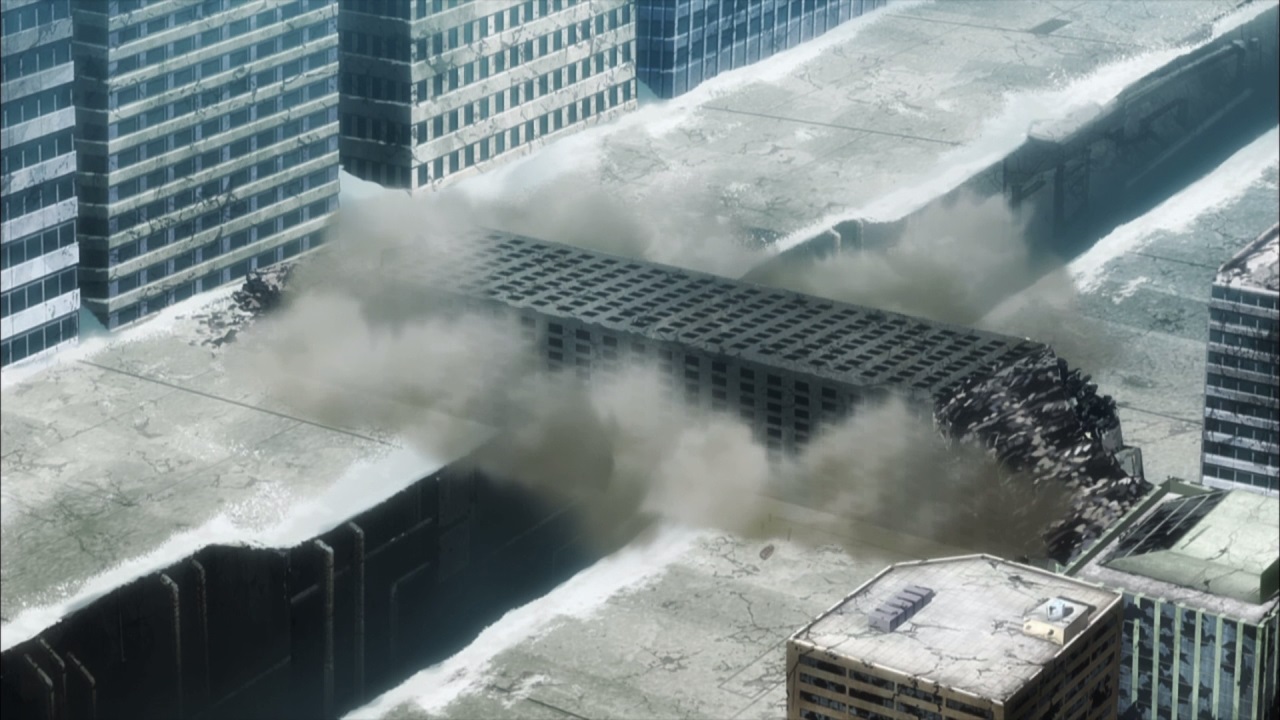 …in order for this building to fall down, making it a bridge that’s too high to climb.

But hey, it’s worth it instead of finding one along to gorge and by the way, the girls are okay! 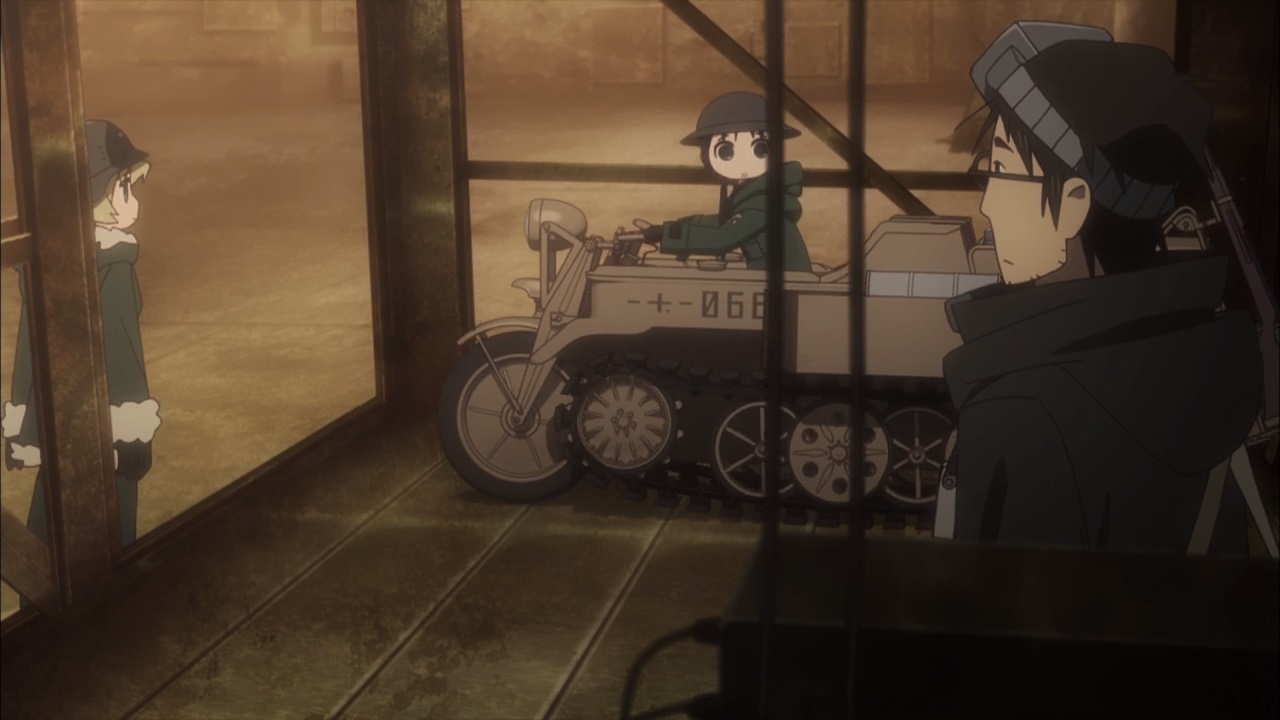 Anyways, both Yuuri and Chito gave Kanazawa a ride after making a bridge out of a collapsed building. C’mon, the girls couldn’t cross the gorge without his help.

On the other hand, Kanazawa told the girls that he’s also travelling around the world and making maps out of it during his journey. Heck, Kanazawa knows the ins and outs of this city, which lead him and the girls to this tower they’re currently climbing thanks to Kanazawa’s maps. 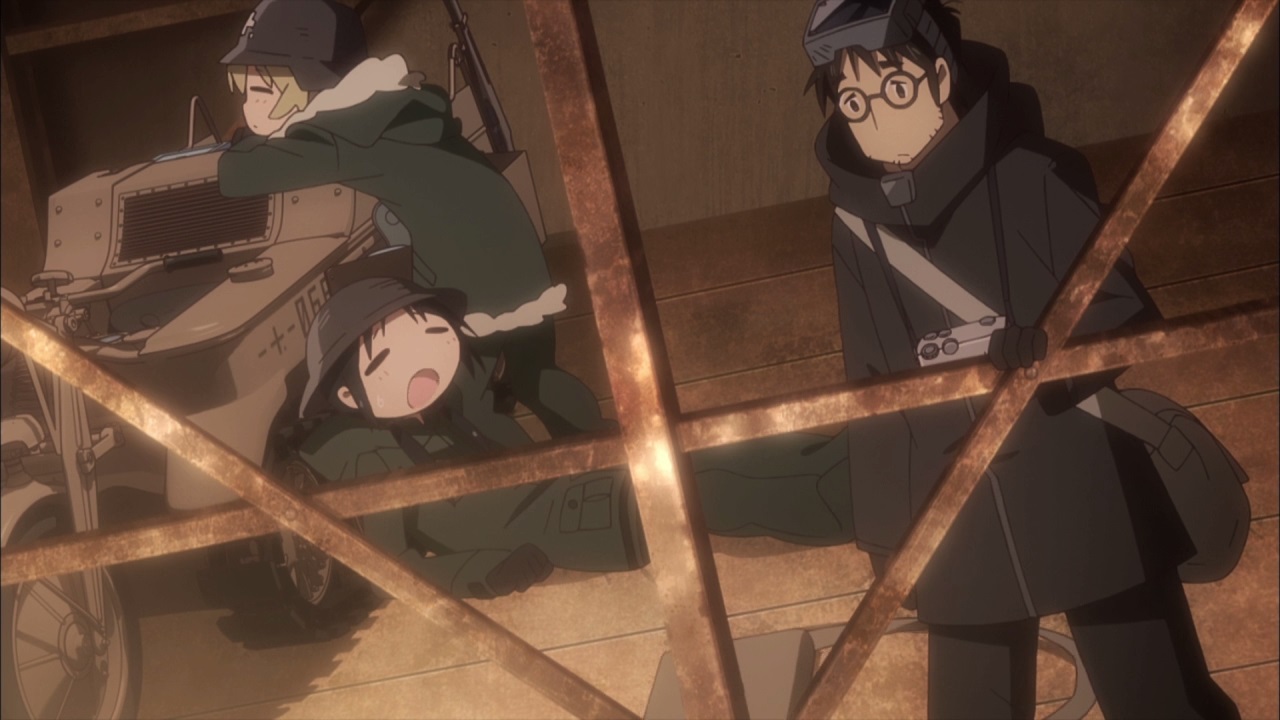 Unfortunately, the elevator they’re riding is a bit rusty after not being operated for a long time. Heck, Chito is scared of falling off from the elevator since it doesn’t have any fencing.

I don’t know if the ancient people didn’t build any fencing around the elevator, but it’s very important to have one for safety reasons… 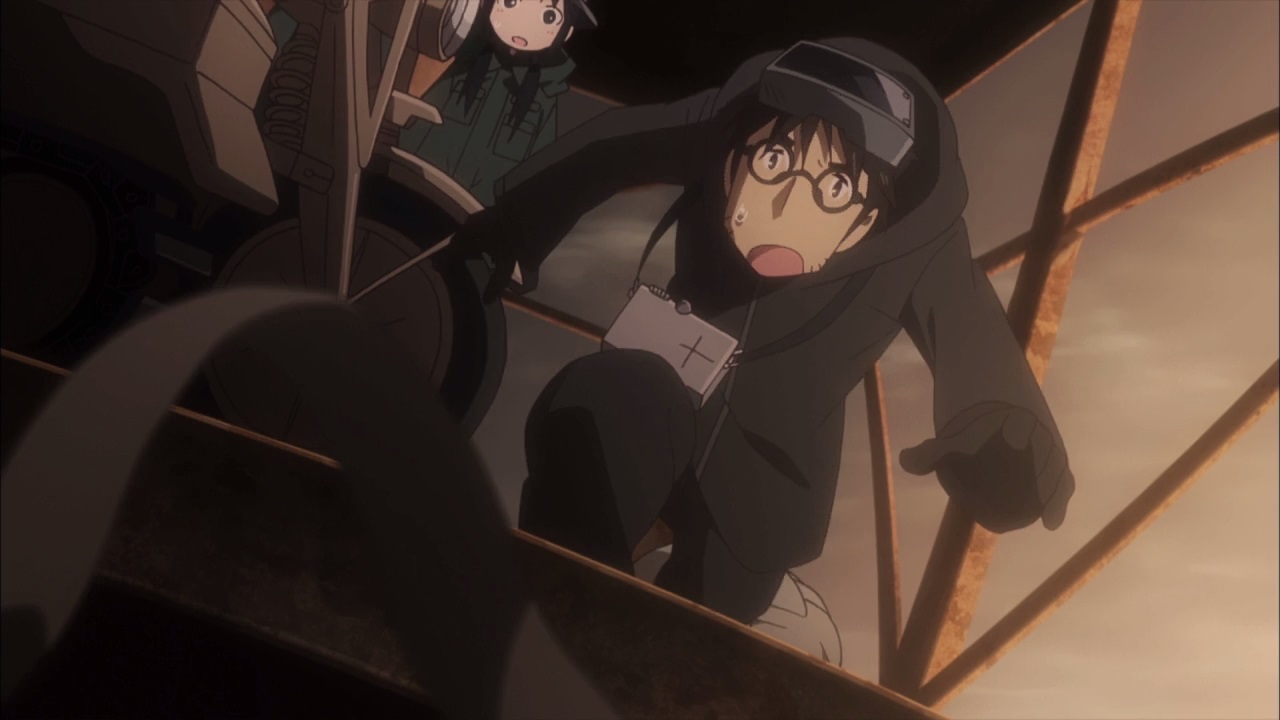 …as well as keeping important things from falling off as Kanazawa drops his precious maps. If he loses those, Kanazawa has no reason to live anymore.

But seriously, he’s gonna die anyway as Kanazawa jumped off to collect the maps! 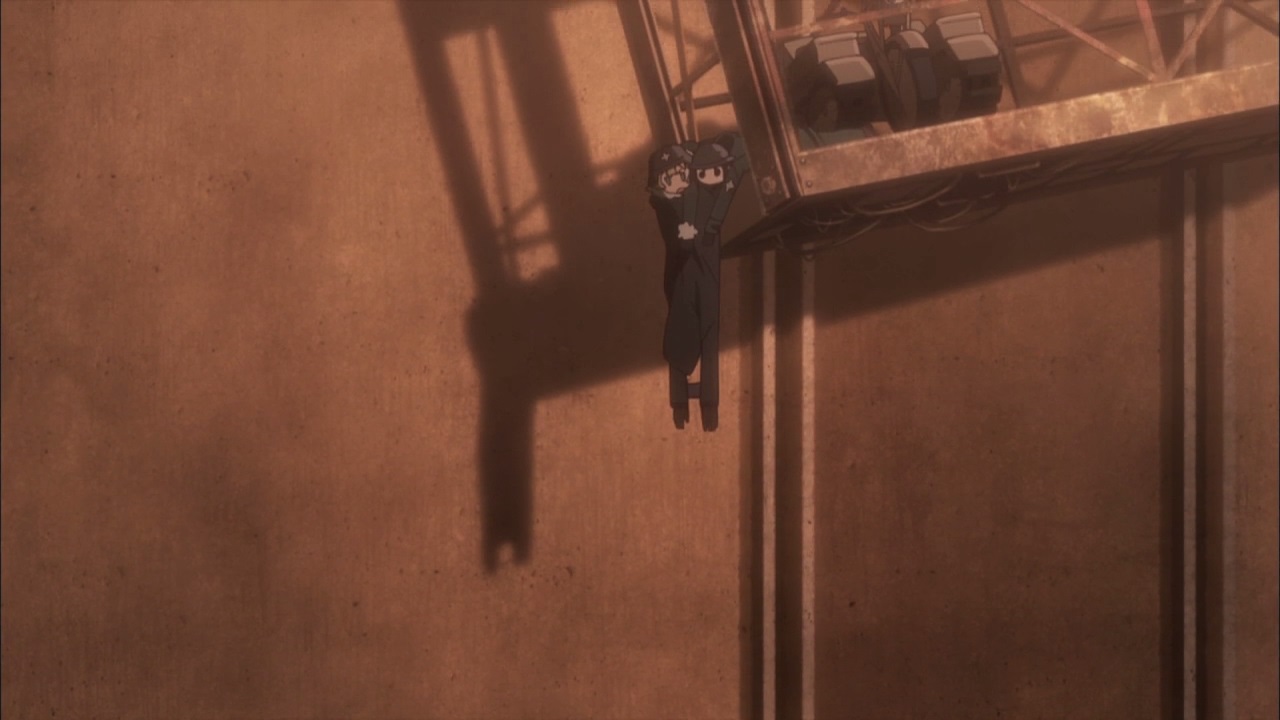 Then again, it’s not like Chito and Yuuri will just let him die as they rescue him from certain death.

C’mon, he has something to live for and he can make another set of maps again! 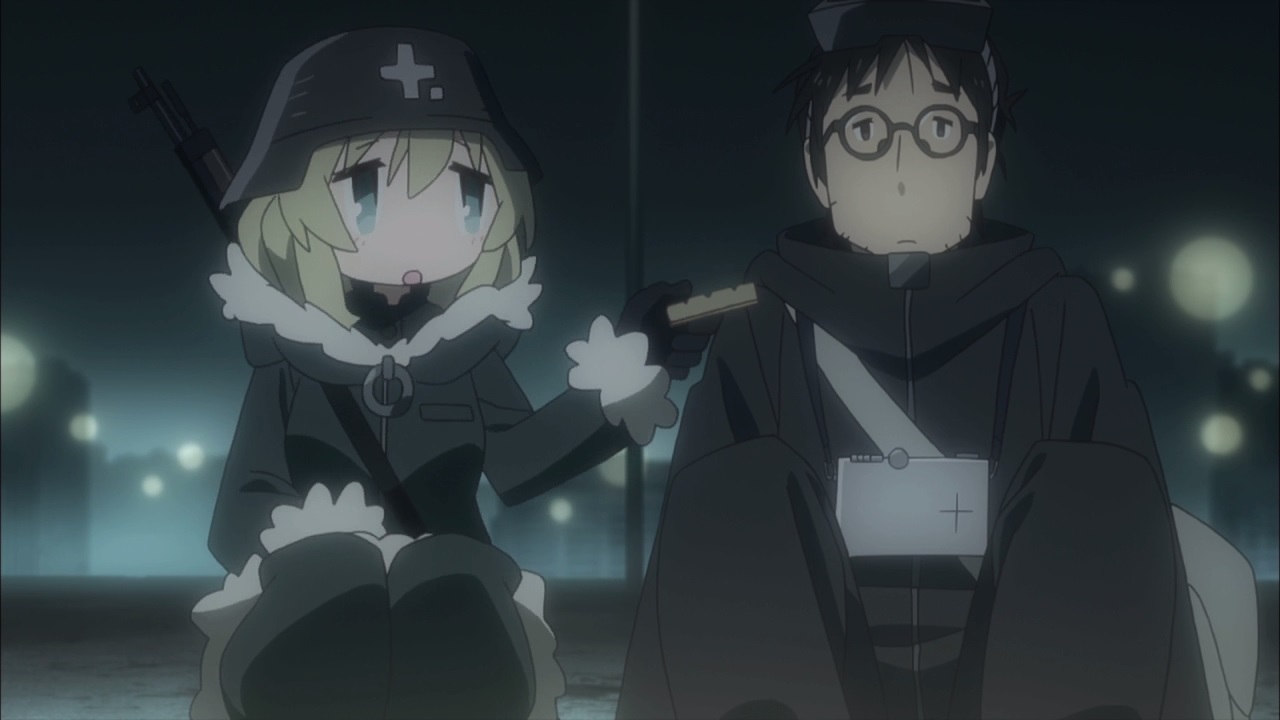 And so, both girls managed to rescue Kanazawa but he’s a bit depressed after losing his precious maps.

Fortunately, Yuuri cheers him up by giving him rations. Oh, and it’s fruit-flavored too! 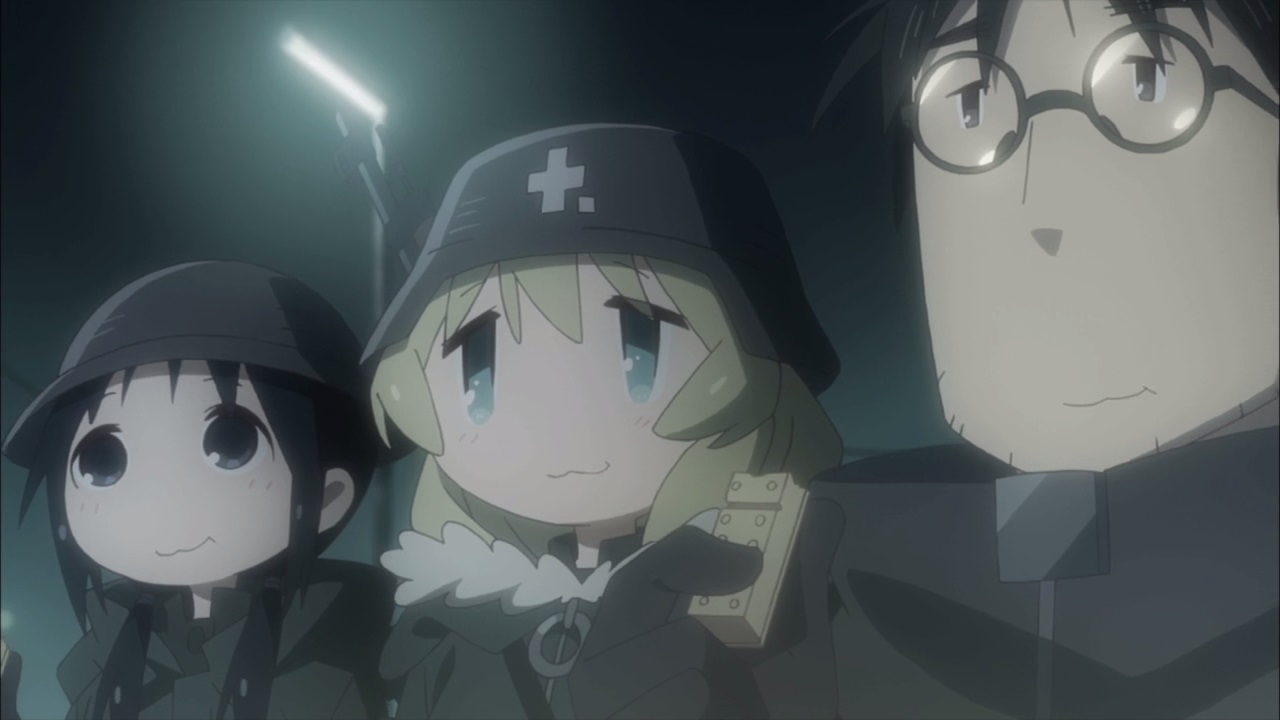 Well, at least he’s finally recovered from his depression thanks to these two girls. Now that he’s recovered, Kanazawa wants to create maps again because that’s how he lived for! 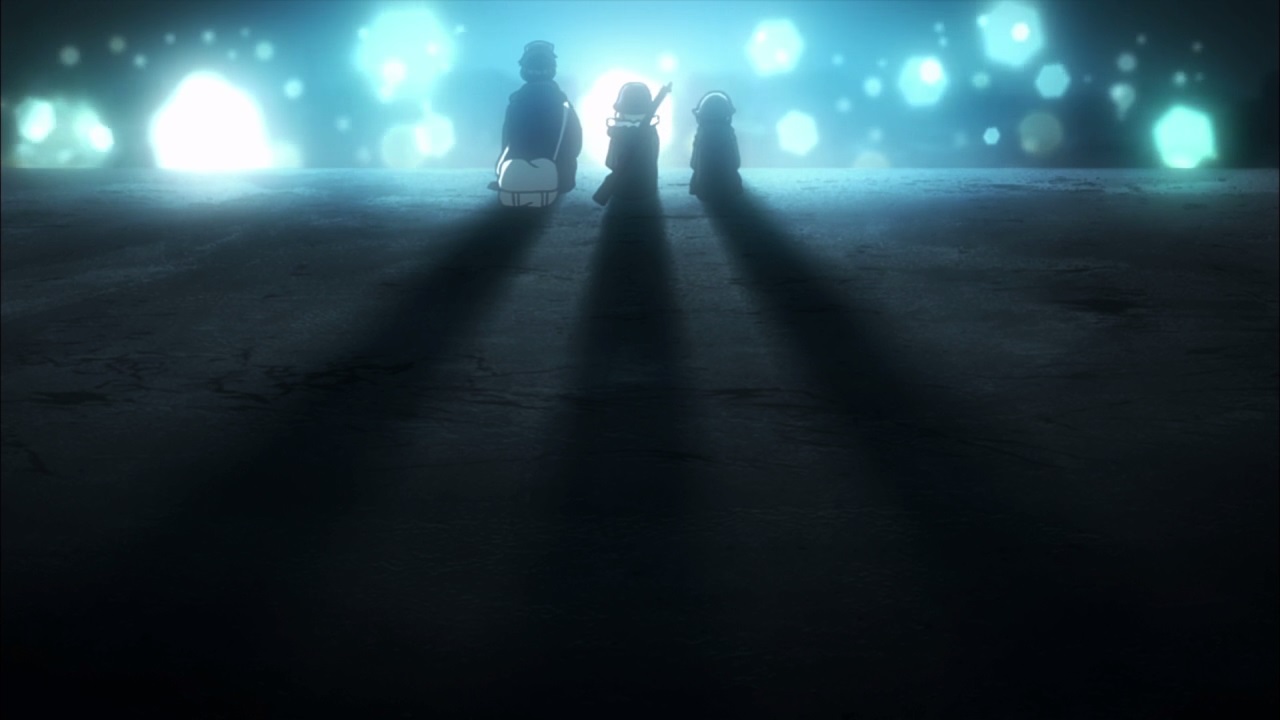 In any case, let’s end this episode as Chito, Yuuri, and Kanazawa looked at the streetlights that illuminate the city… and it’s gorgeous! As for Kanazawa, he’ll be leaving both girls as he head towards north, but not before giving both Chi and Yuu his camera.

And as for both Chito and Yuuri, they’re heading towards the place where the light shines the brightest. I wonder if they’ll see civilization over there? We’ll find that out on the next episode!