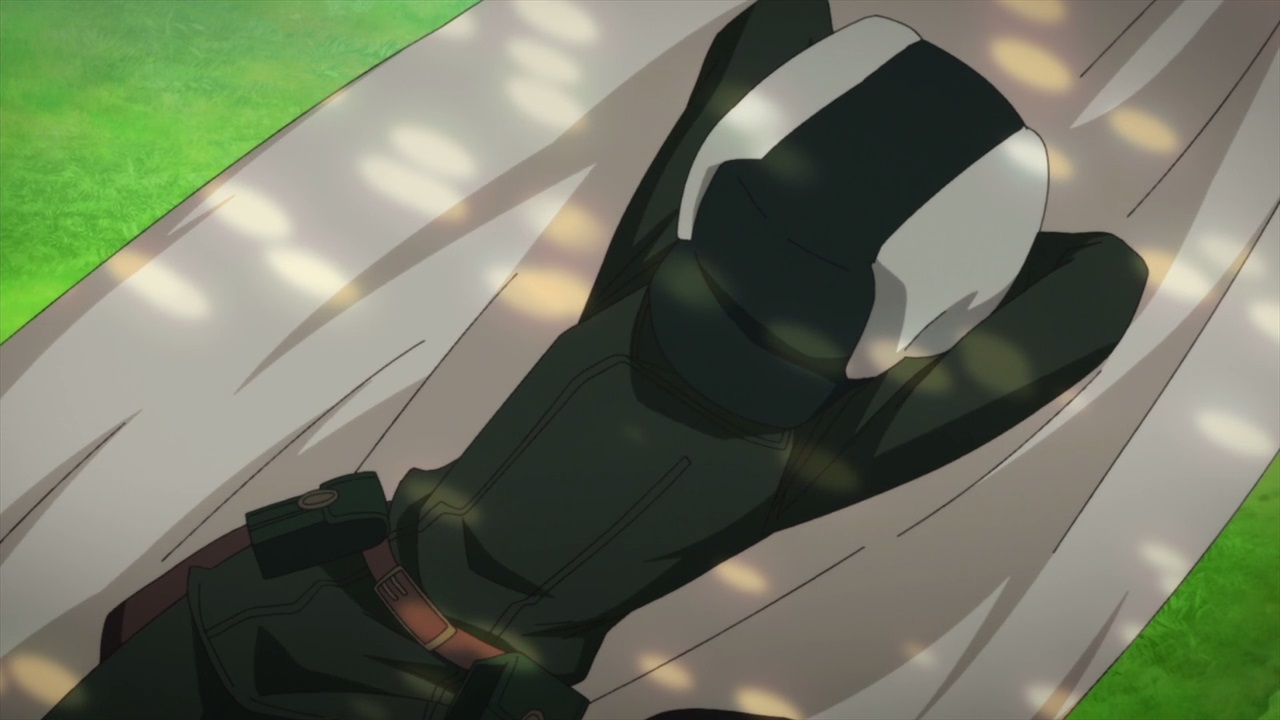 Well, seems that Kino will have to sleep in the woods until her next destination! 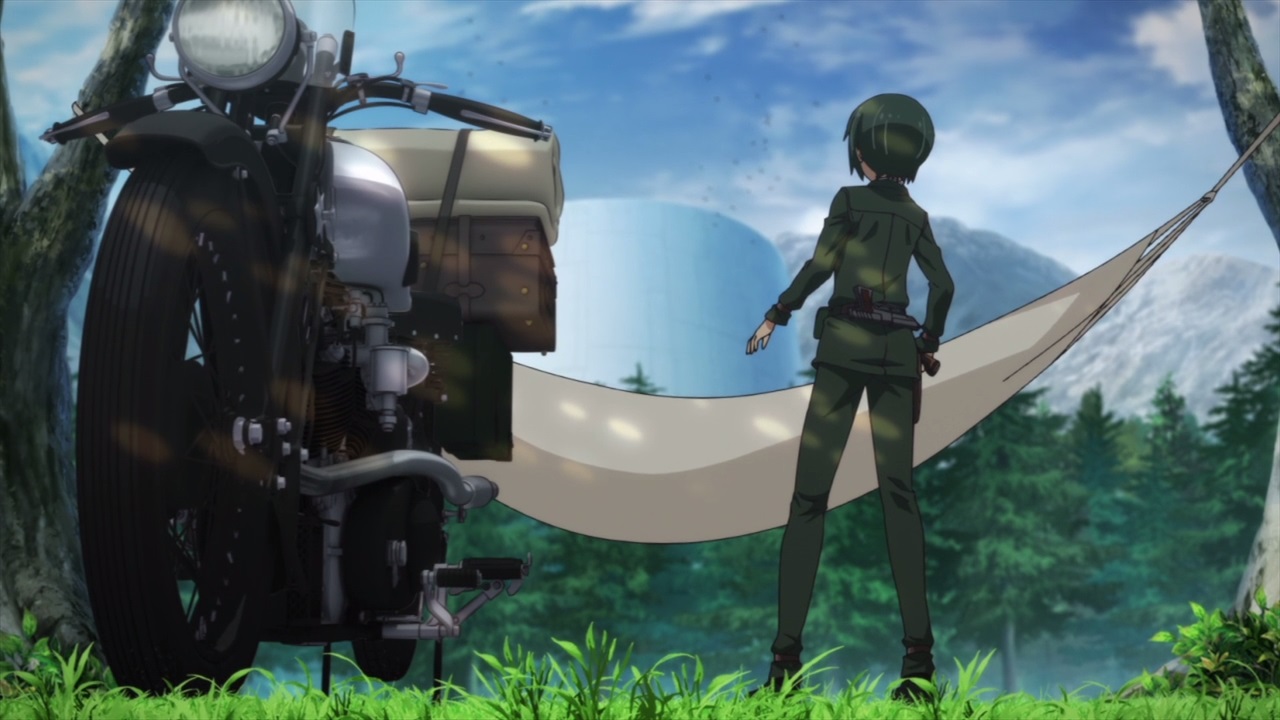 Then again, Hermes alerted Kino that a giant moving structure is heading towards their direction. Hmm, does it looked like a Heavy Object? 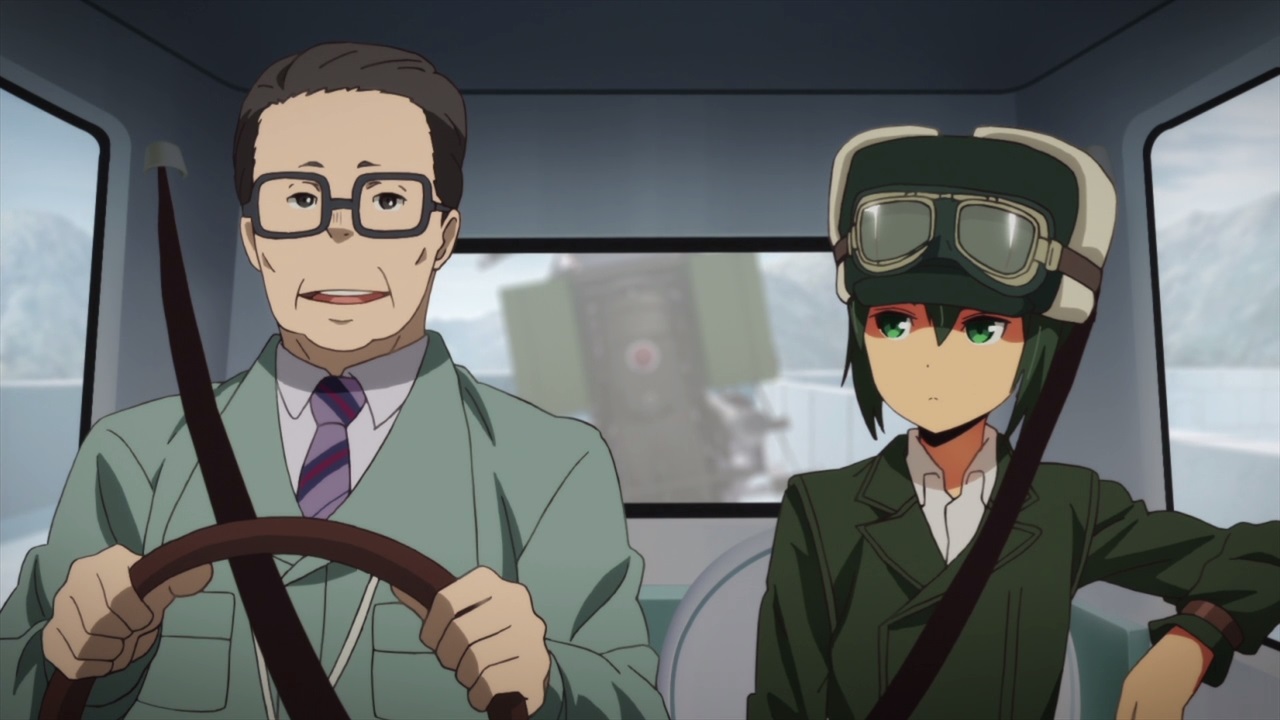 Anyways, Kino and Hermes decided to visit this moving country for five days, which is rare to see this traveler and her Motorrad staying for more than three. But given that this country is always on the move, this is an exception.

Now then, the immigration officer explained to Kino that his country is always on the move because of their massive power reaction, which generates more power that it would be catastrophic if they didn’t use their energy for longer periods of time. Because of their power source, the country traveled around the world without stopping and the people enjoyed various scenery as they constantly on the move. 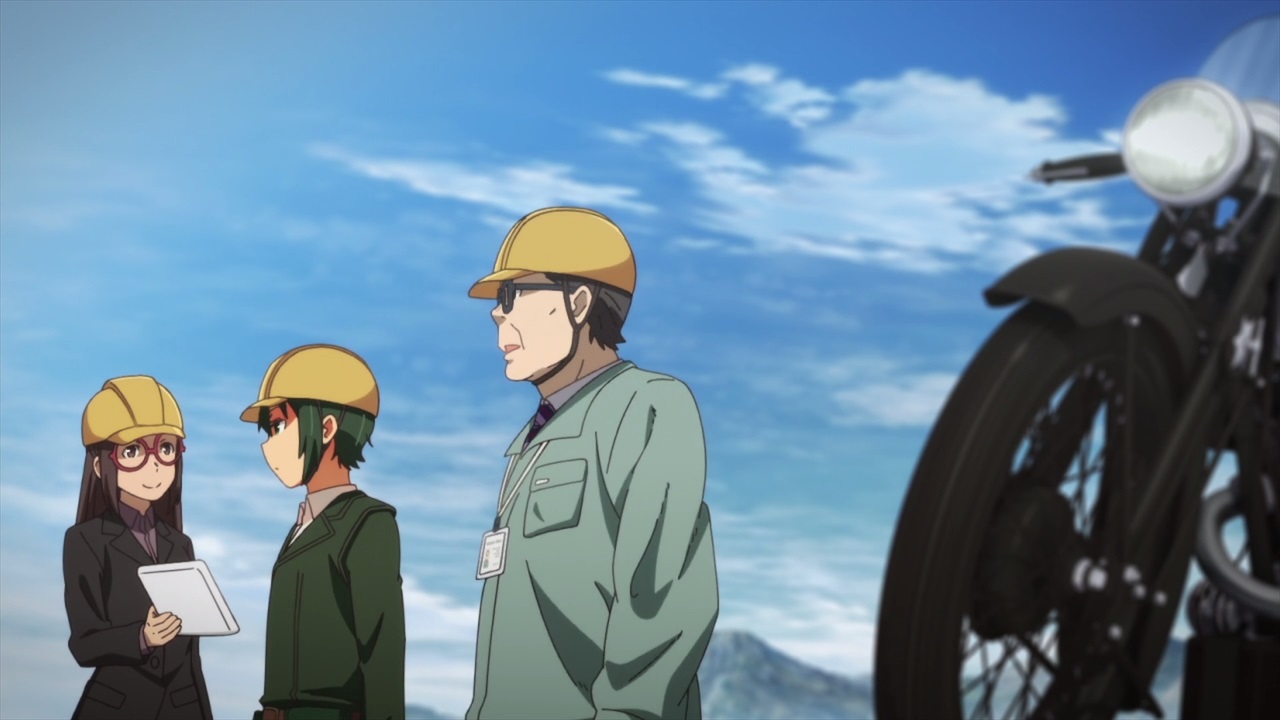 Meanwhile, this lovely lady showed a wall mural to Kino via her tablet. By the way, it’s located on the outside wall of the moving country. 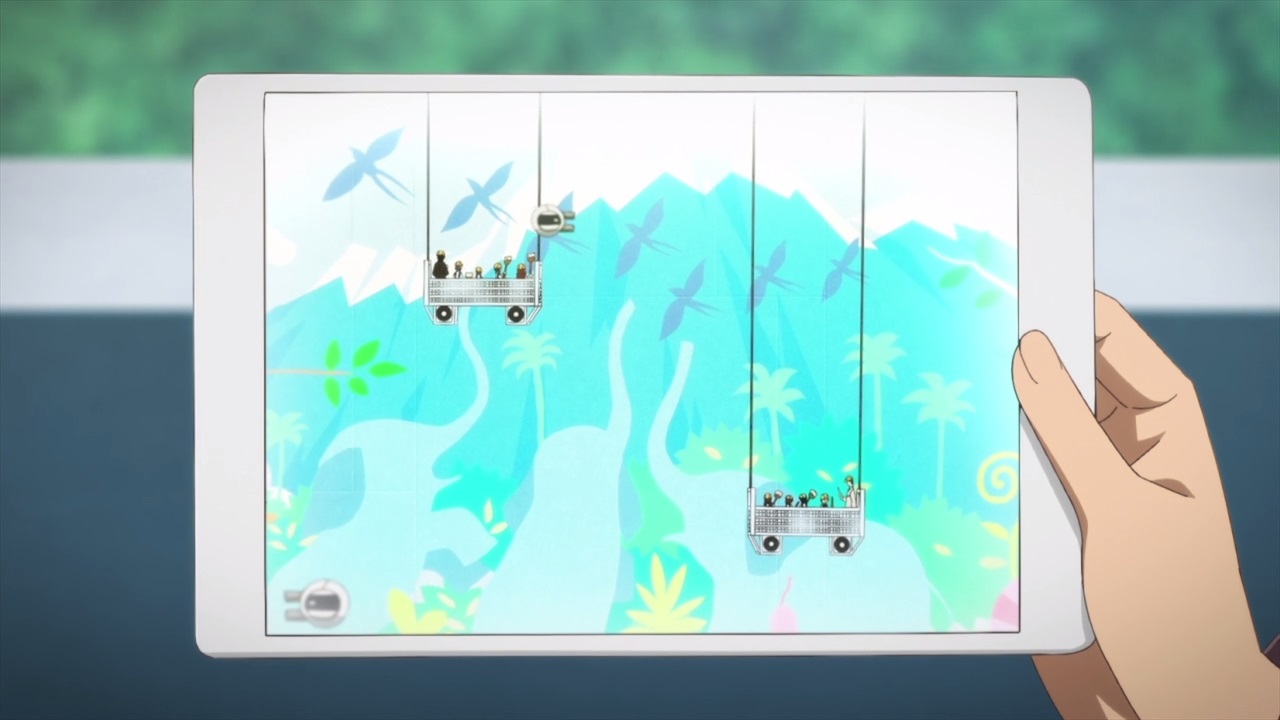 And as you can see, this mural is being made by the graduating students as a commemoration of their journey so far.

Yeah, it might be dangerous to paint the outside wall, but the children don’t mind about the danger as long as they managed to finish their mural and clear coat it until a new set of graduating students made a different one. 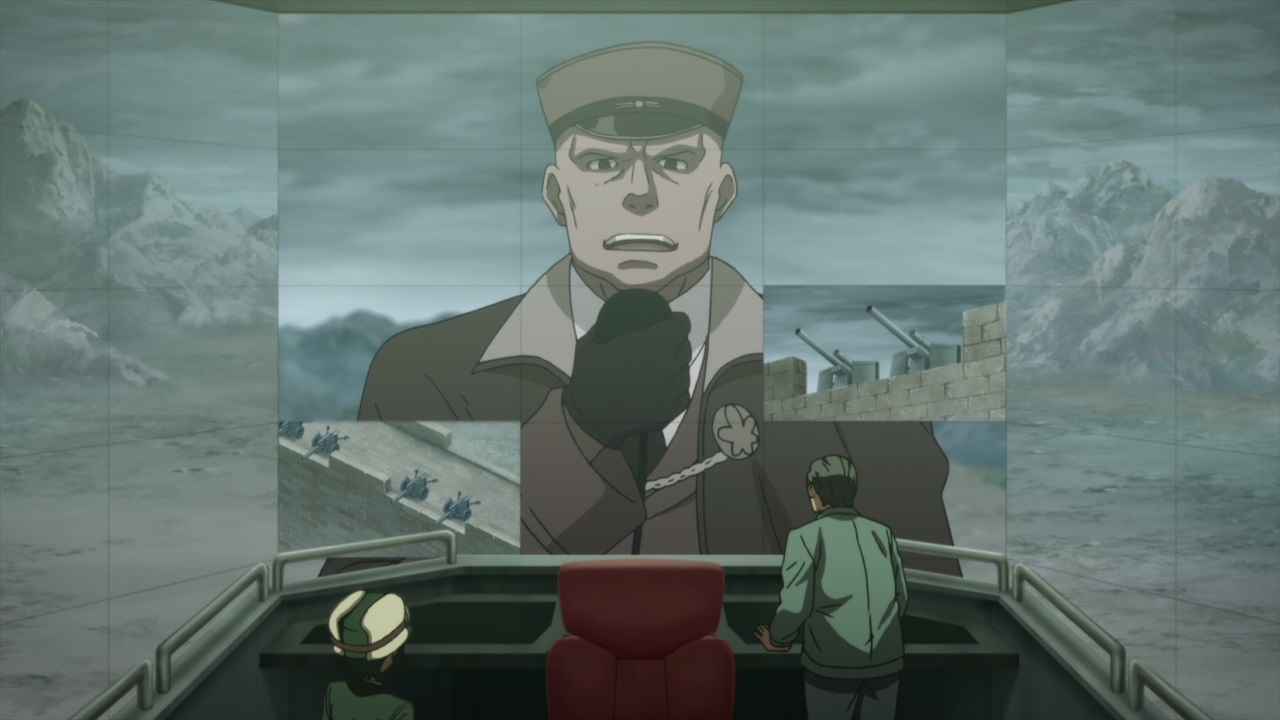 Now then, it seems that the moving country has hit a snag when a commander of the walled country demanded to stop or they’ll fire their cannons. 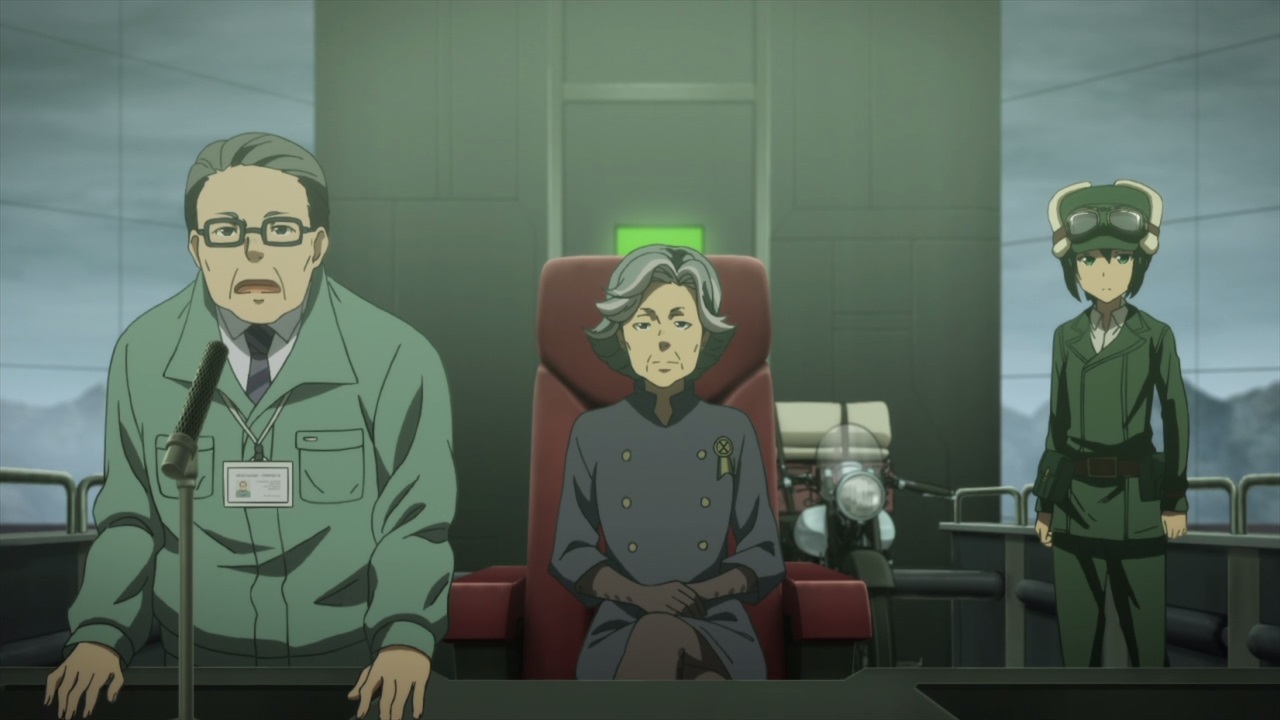 Of course, the president of the moving country sitting at the center won’t give into their demands and proceeds to cross the wall, all while telling the commander to evacuate the residents or they’ll get run over.

After all, they just want to travel around the world as a nation! 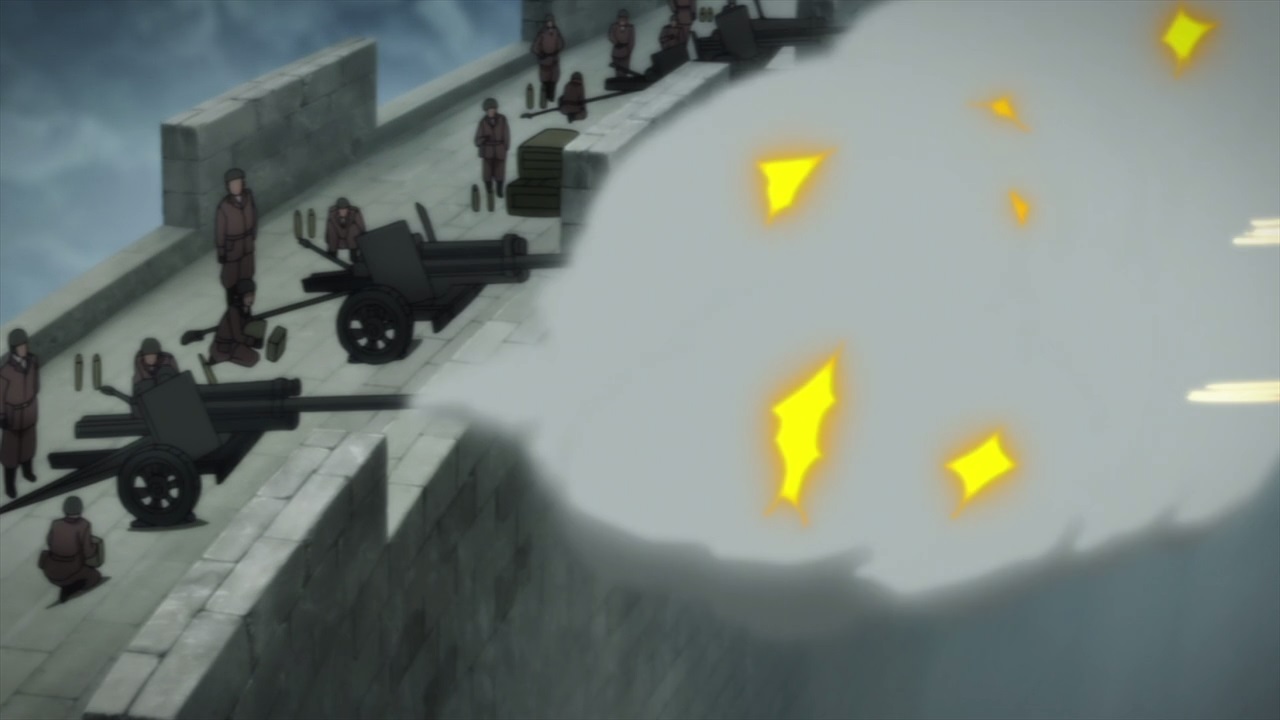 Then again, the commander of the walled country won’t give into their demands as well, so he ordered his men to fire their cannons to scare the moving country off from crossing their borders. 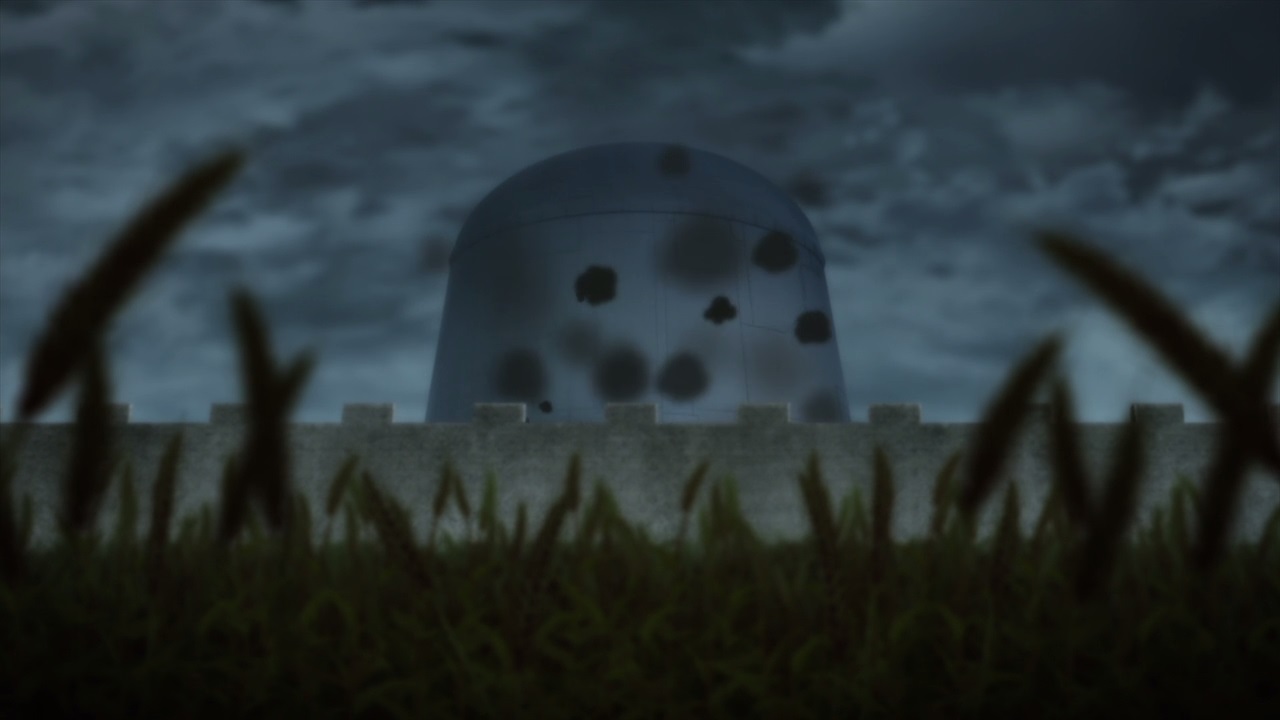 However, seems that the moving country isn’t fazed by a barrage of cannon fire as they keep treading towards the wall.

Of course, how will they cross the wall? Will they just run over it with their massive treads? 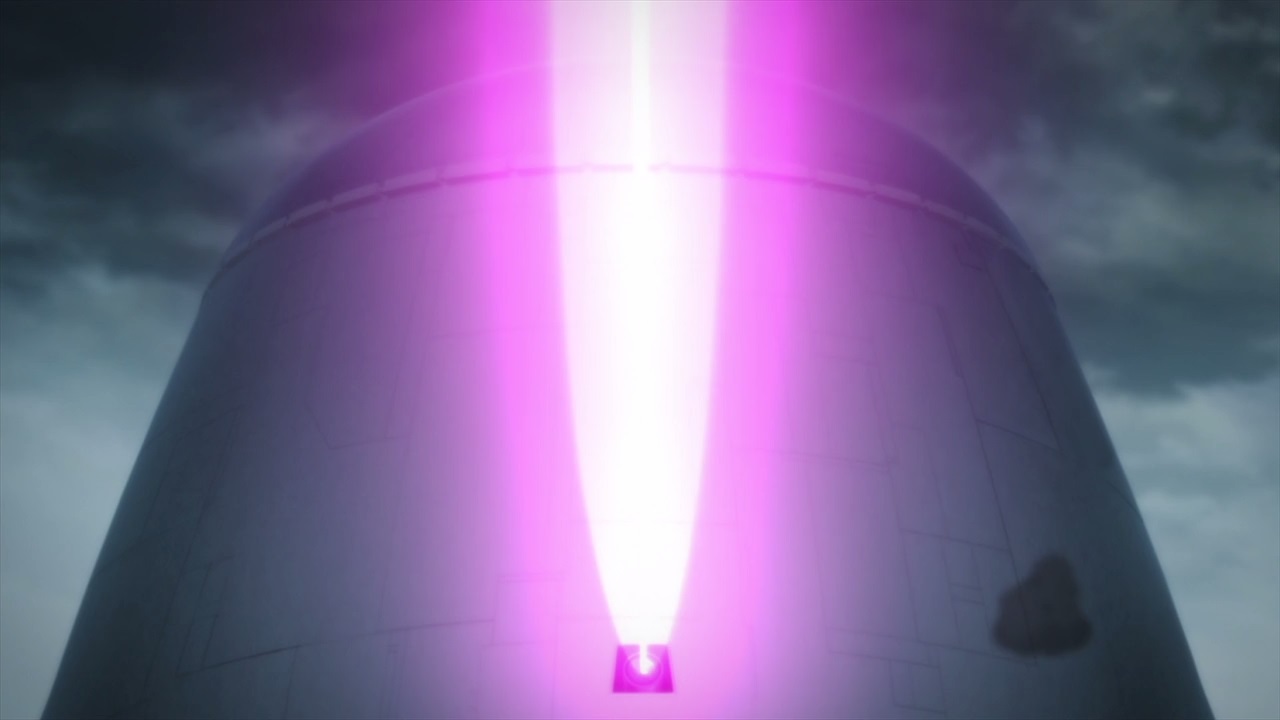 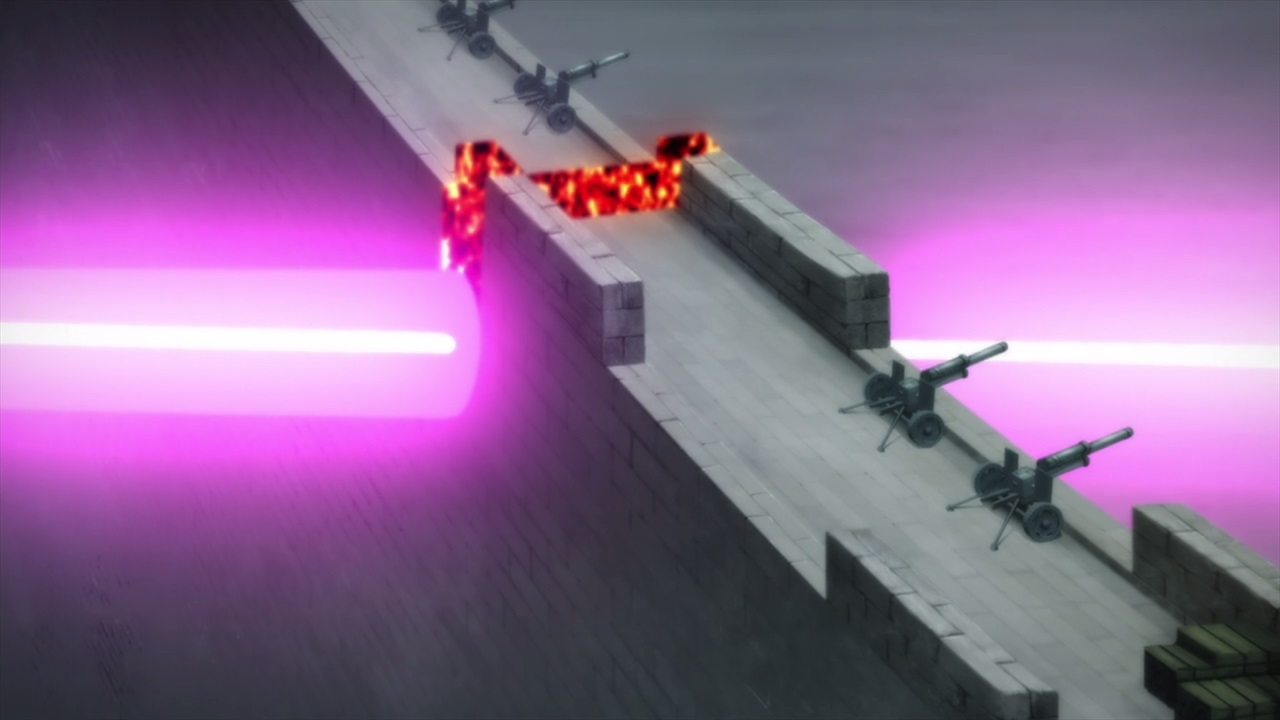 Nope, the moving country will fire its laser which it’ll cut the wall like butter. Come to think of it, I feel that this moving country is a freakin’ Heavy Object! 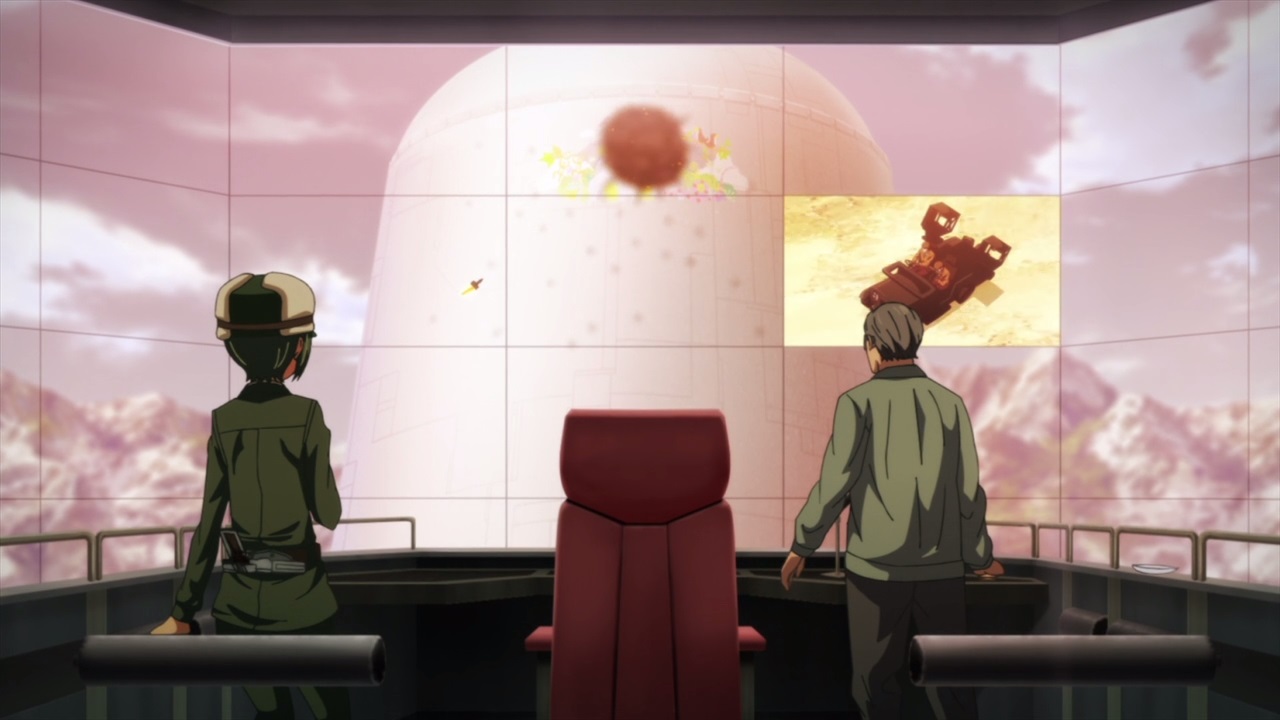 Regardless of their firepower, the moving country is being peppered by cannon fire and it seems that the wall mural is in danger of being destroyed, something that the kids will be sad if their mural gets stained by gunpowder. 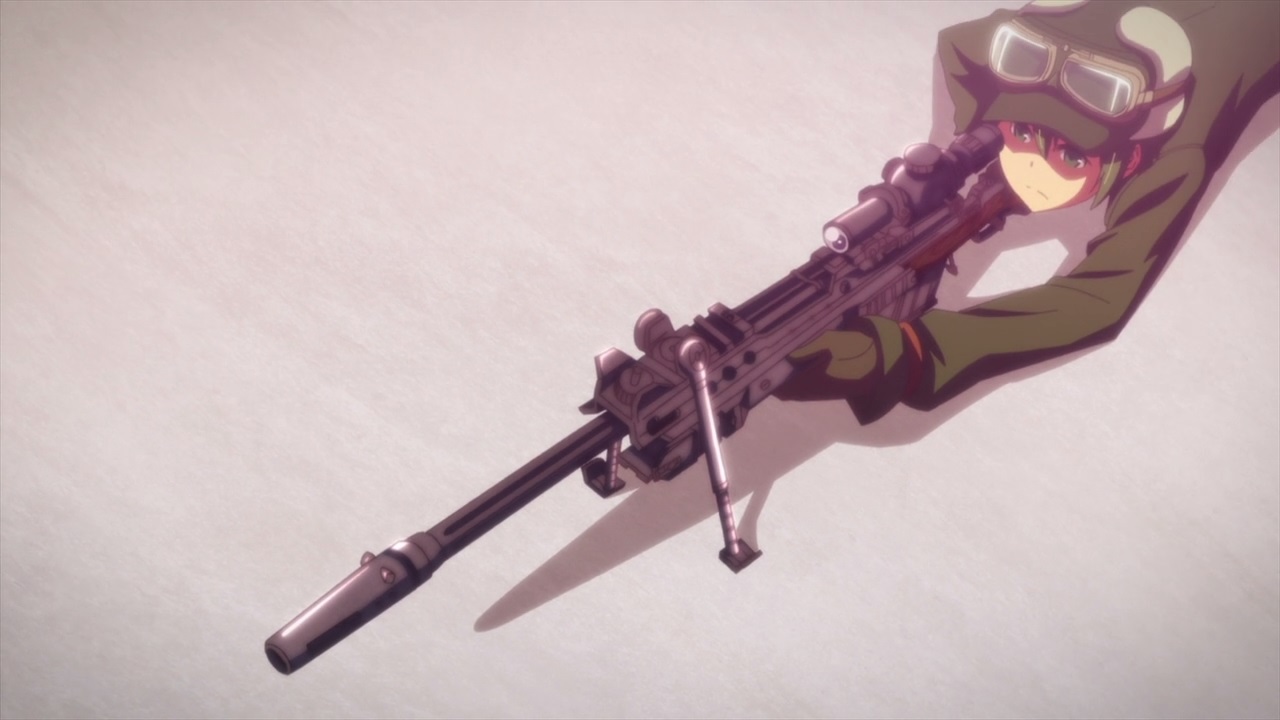 Not to worry for these kids though as Kino stepped outside and brought her trusty sniper rifle on this special occasion. 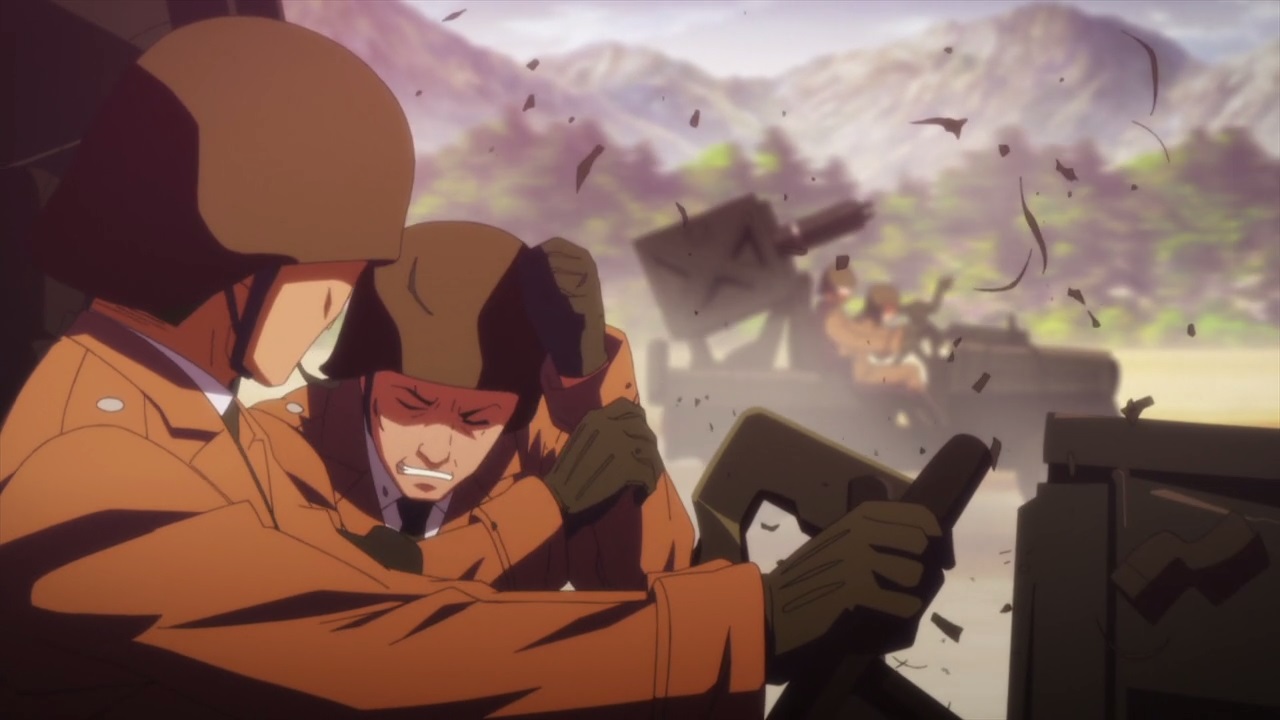 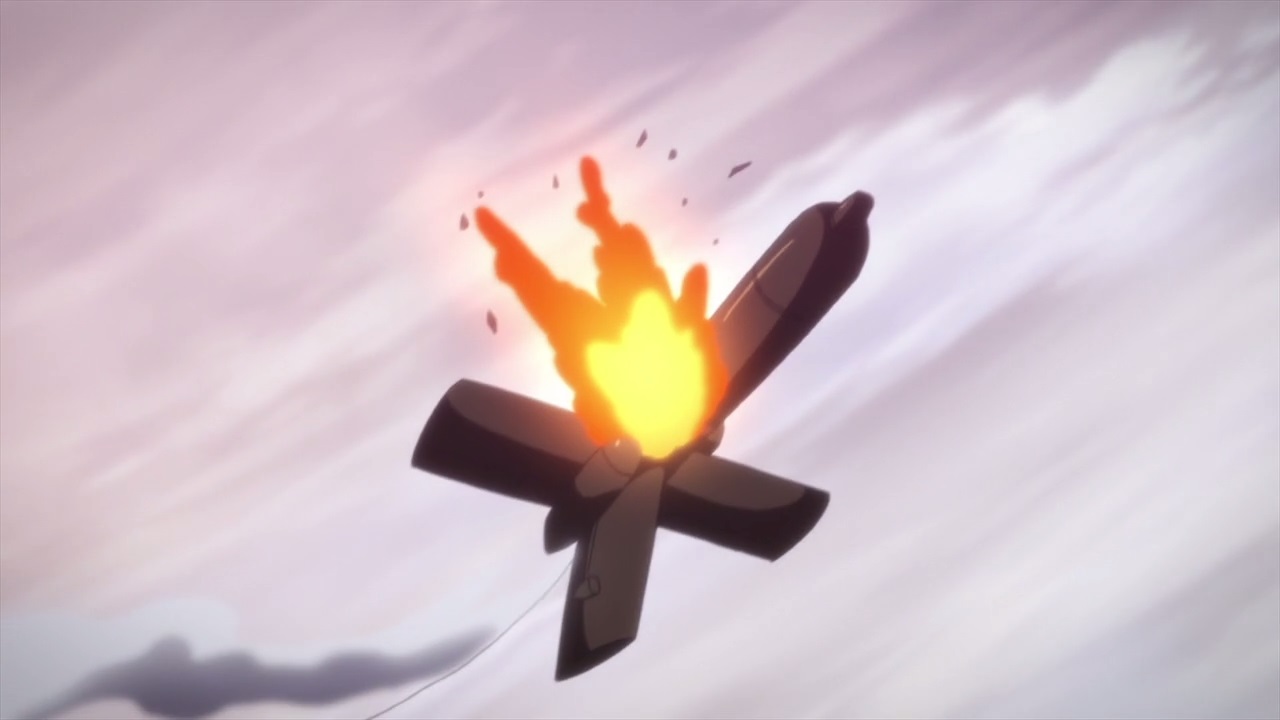 And as you can see, she not only destroyed the targeting device but also the missile from hitting the wall mural. Well, I have to say that Kino is good at handling every firearms at her disposal. 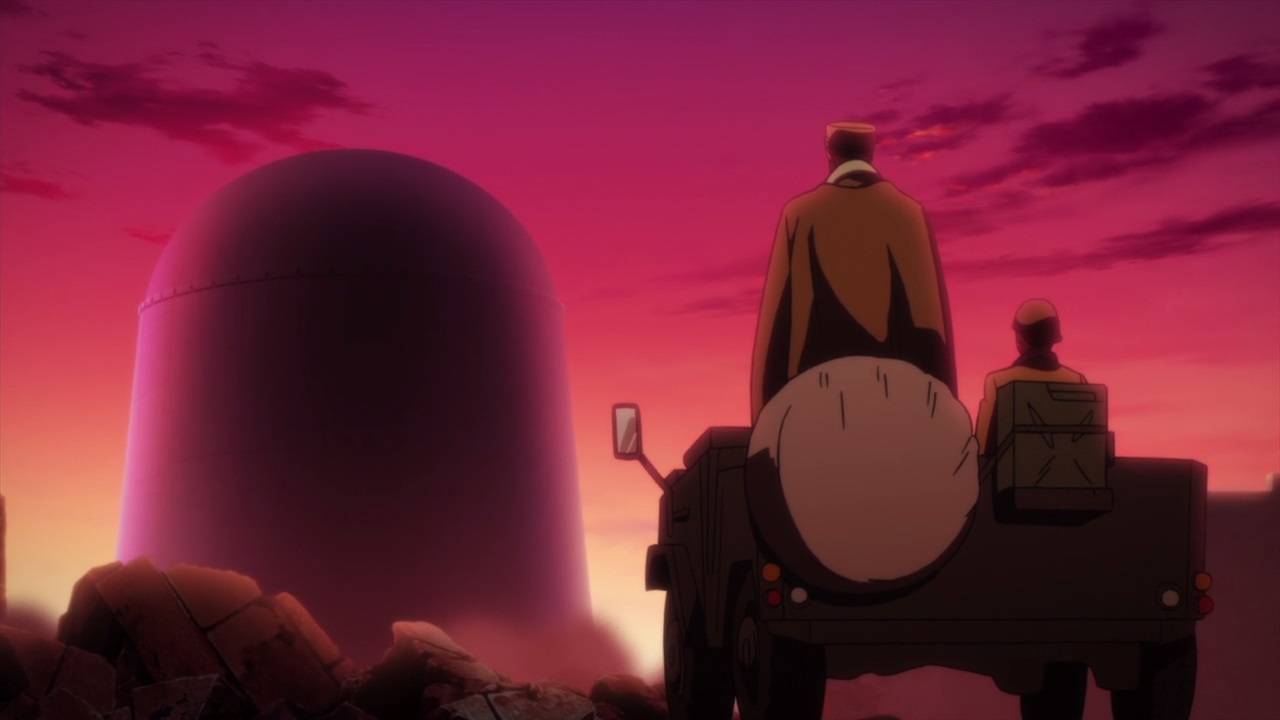 With that said, the moving country got passed towards the walls and not a single casualty was reported. Yeah, they don’t like fighting at all as they like to travel around the world. 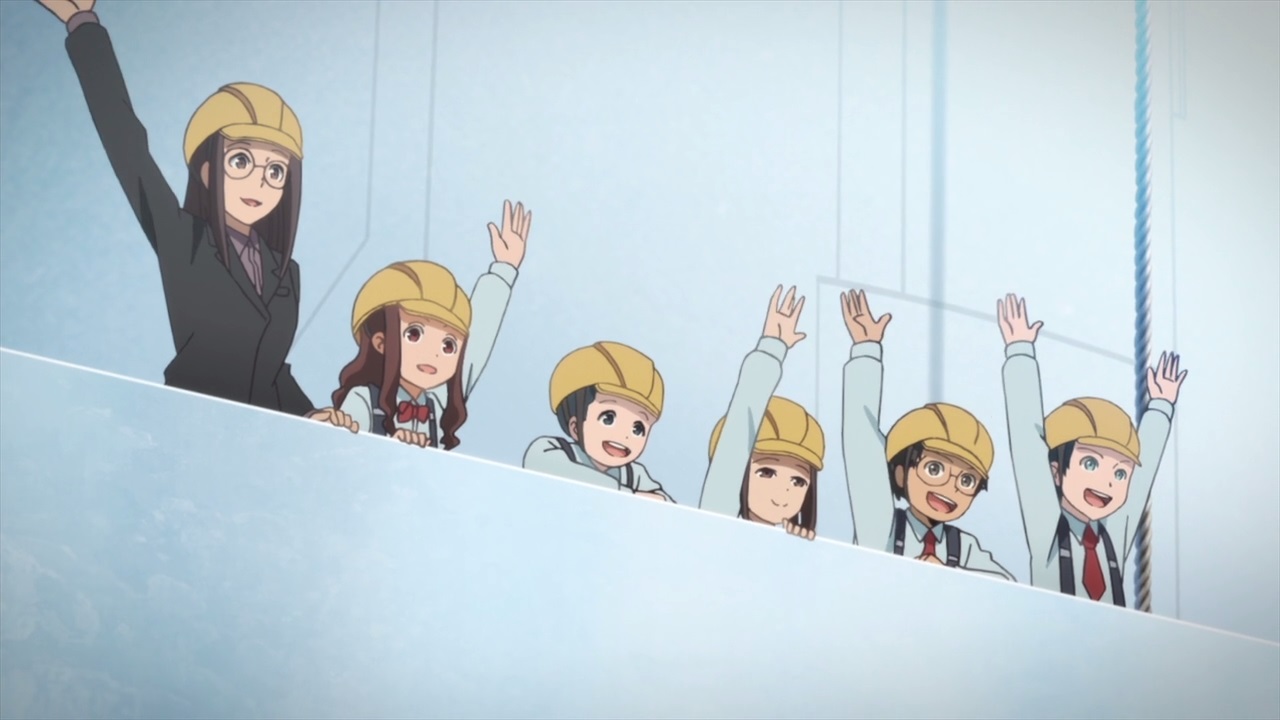 In any case, looks like it’s time for Kino and Hermes to leave the moving country after spending time with the locals for 5 days.

Oh and as for the kids, they thanked Kino for saving their mural and I bet that the next batch will make one in her honor. 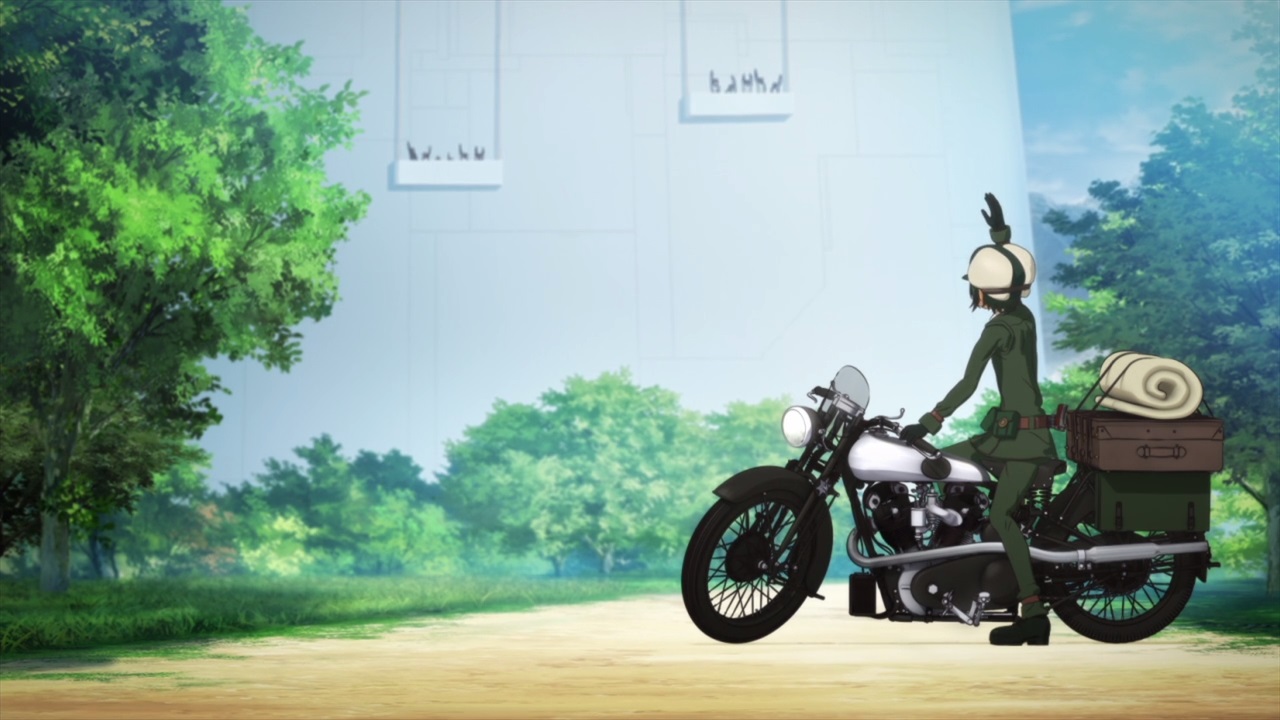 Well, I have to say that I’ve enjoyed this episode and it’s somewhat better than last week’s episode. I have to say that the moving country is interesting as they’re similar to Kino, however I feel that traveling across the world has some downsides especially when dealing with rowdy nations which sees them as bothersome.

But you know what, I don’t think that the moving country doesn’t pose a threat at all as they have good intentions in the end, compared to that walled country who extorts visitors in order to enter their country.