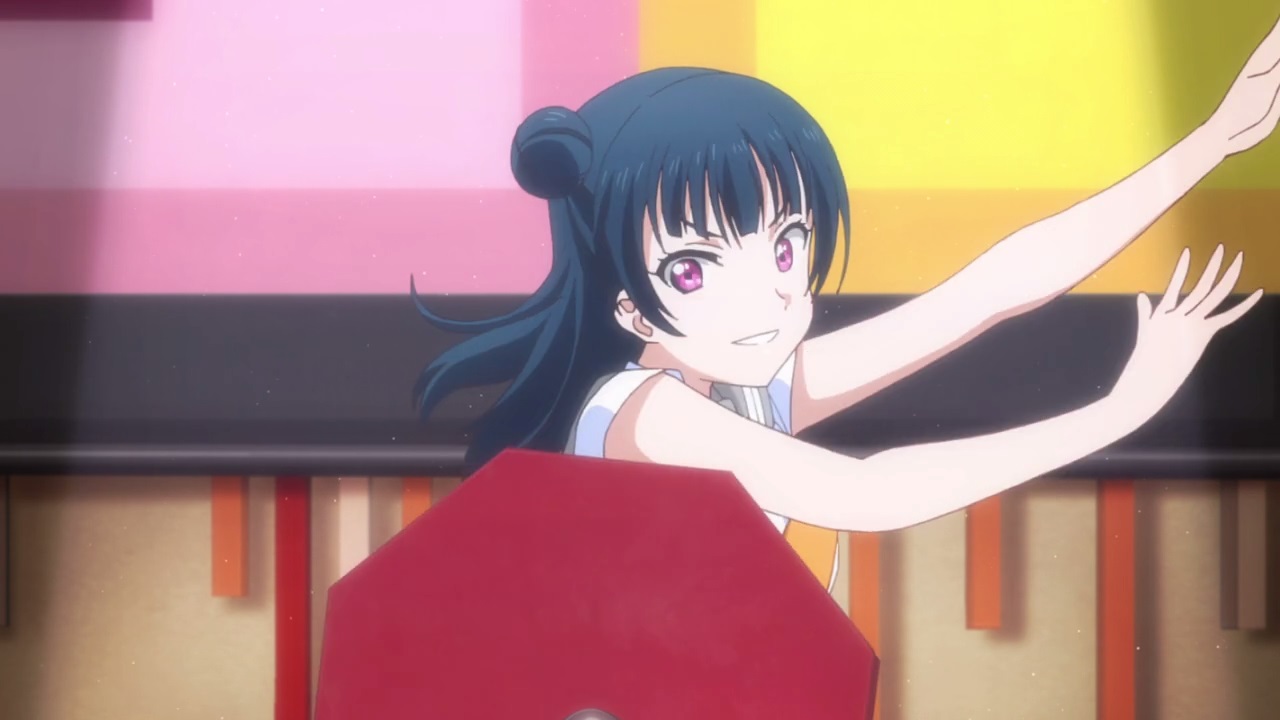 Hey everyone, seems that there would be another Love Live! School Idol competition as Yoshiko “Yohane” Tsushima tries to pick a number from the lottery, hoping that they’ll get a good date to perform at the preliminaries. 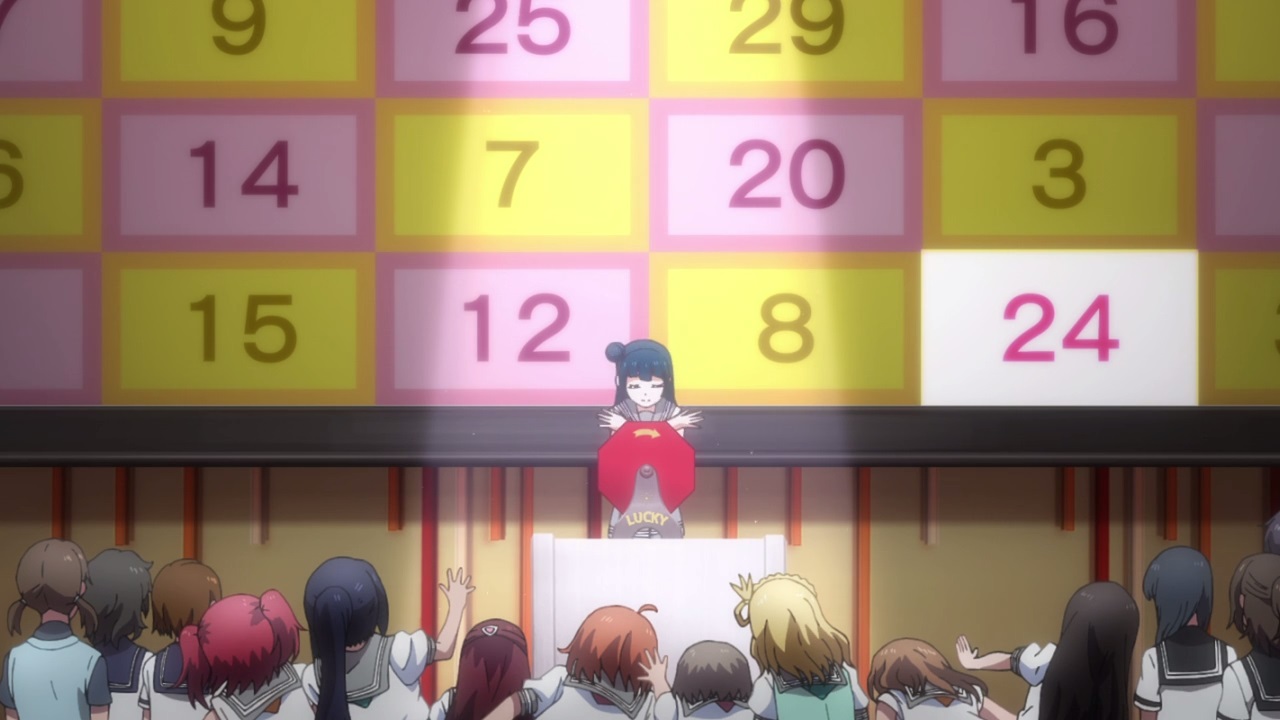 But given that she has a string of bad luck in the past, Yohane took the 24th instead of 1st in which it clashes with the upcoming school open house event in Uranohoshi Girls’ Academy.

Yeah, I feel bad for Aqours as they can’t miss both important events! 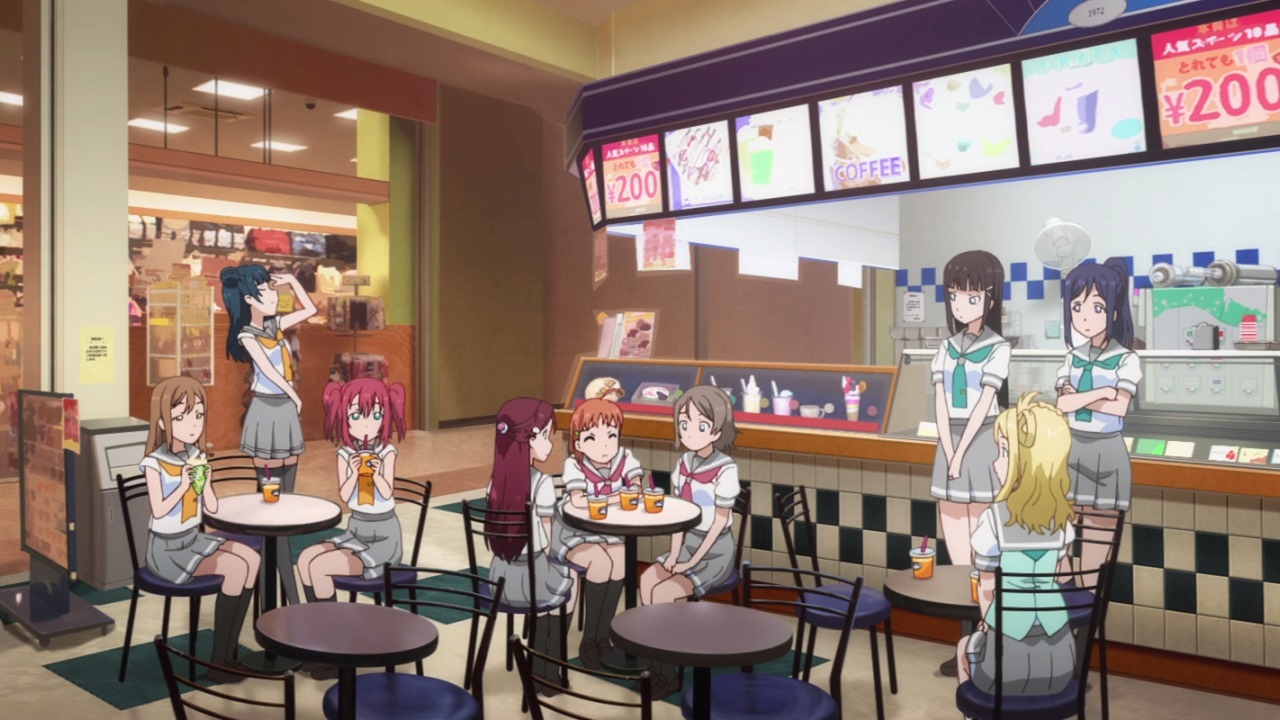 Sure that they want to compete in Love Live! again, but saving Uranohoshi from being absorbed by a bigger school is Numazu is also important. So yeah, it’s a dilemma that Aqours is facing right now, especially Mari Ohara where she promised her father that she’ll get 100 students before the end of the school year.

In any case, what will Chika Takami and the rest would do as they have to attend both events for the future of Uranohoshi? Well, the only way to do that is to split the idol group into two: 5 girls for the preliminaries, 4 girls for the school open house event. Sounds good enough, right? 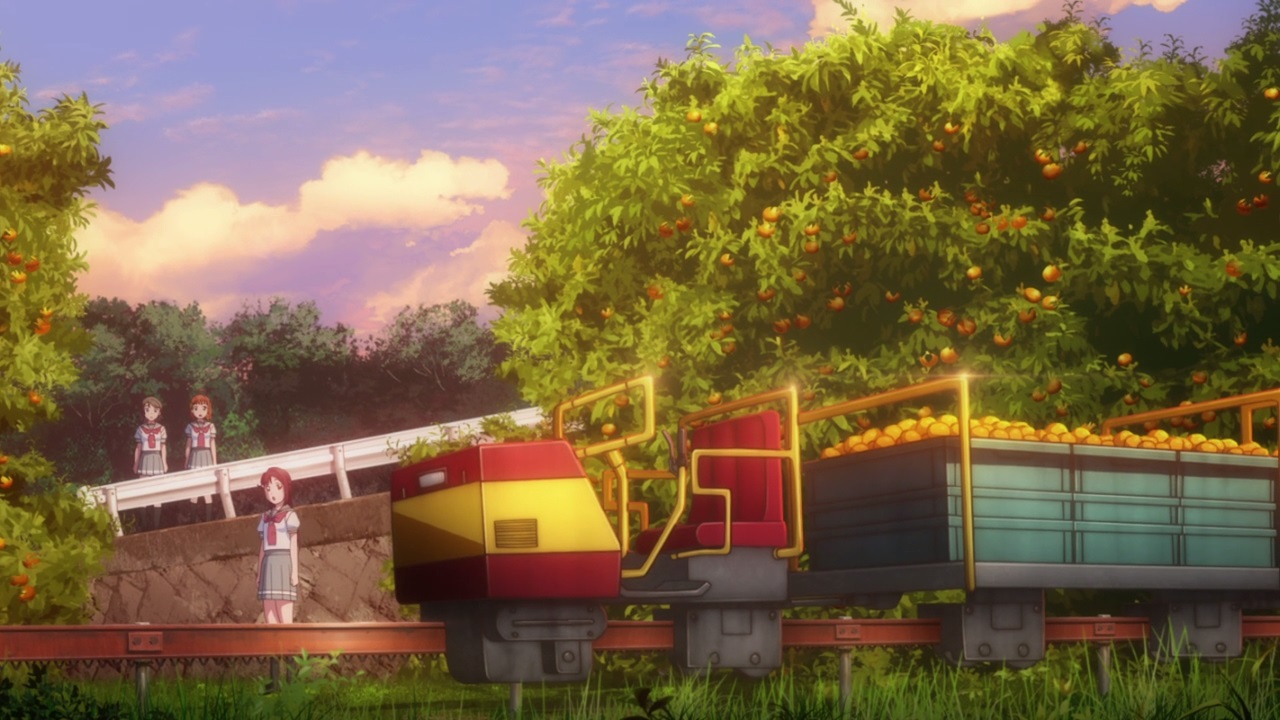 But then, Chika came up with another idea as she saw this trolley full of mandarin oranges (or mikans). Don’t tell me that she’s gonna make another costume made from mikan peels? There’s no time for that! 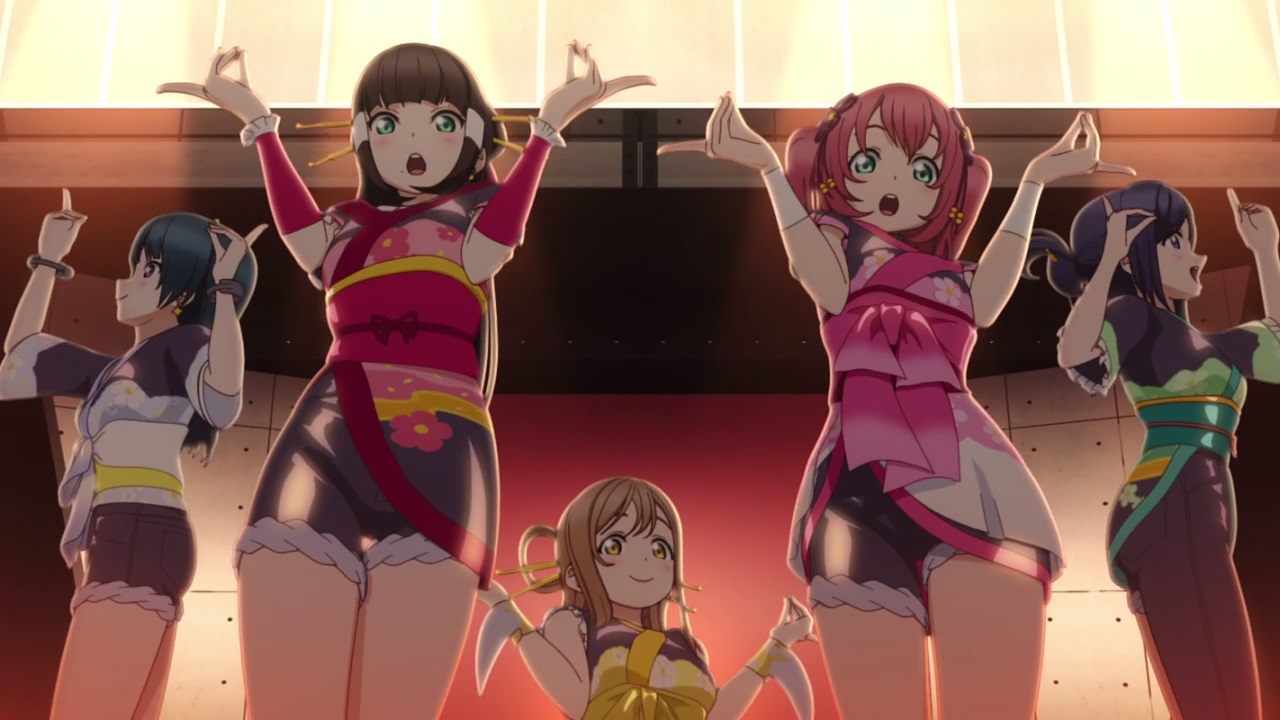 In any case, Aqours have decide to perform at the qualifiers… all 9 of them! Yeah, it looks better to have all members present than splitting Aqours into two groups. 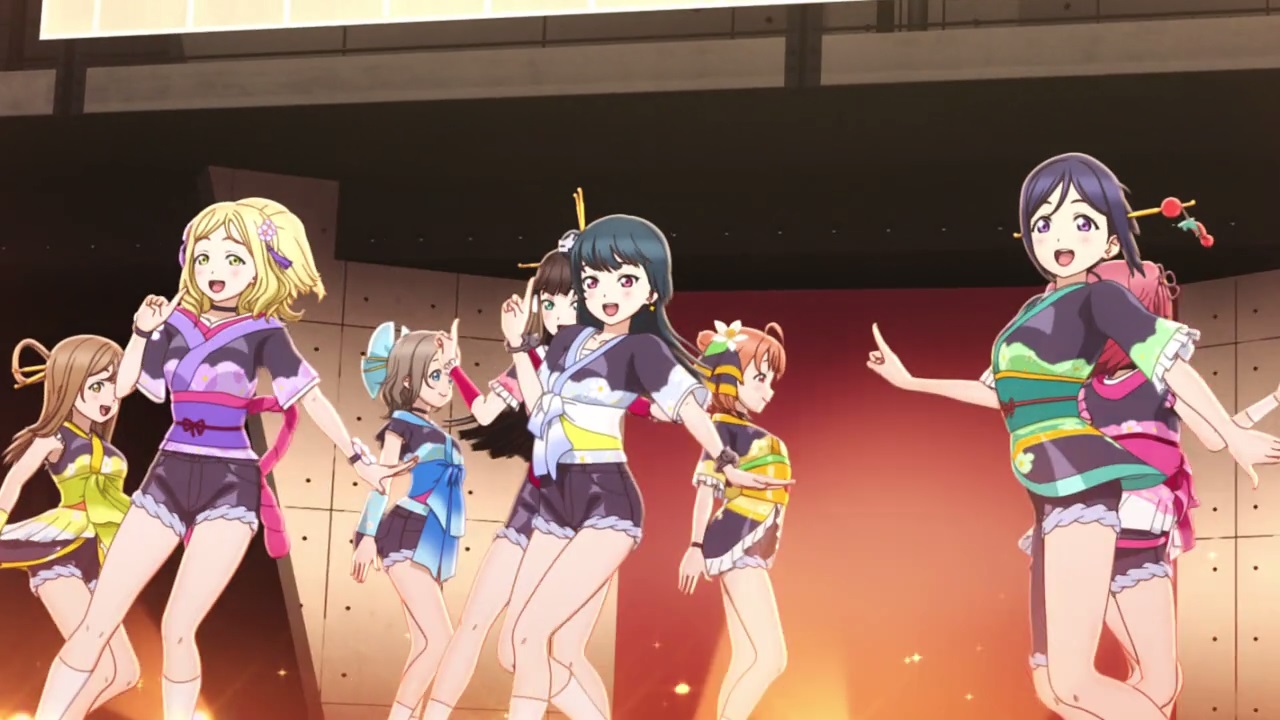 On the other hand, seems that Aqours’ new song “MY Mai☆TONIGHT” is freaking awesome. Kudos to both the first and third years for making one after their experience from last week’s episode!

Now that they’re done performing at the qualifiers, it’s time to go back to Uranohoshi for their open house event. But how will they go back to school with little time left to find a bus ride? 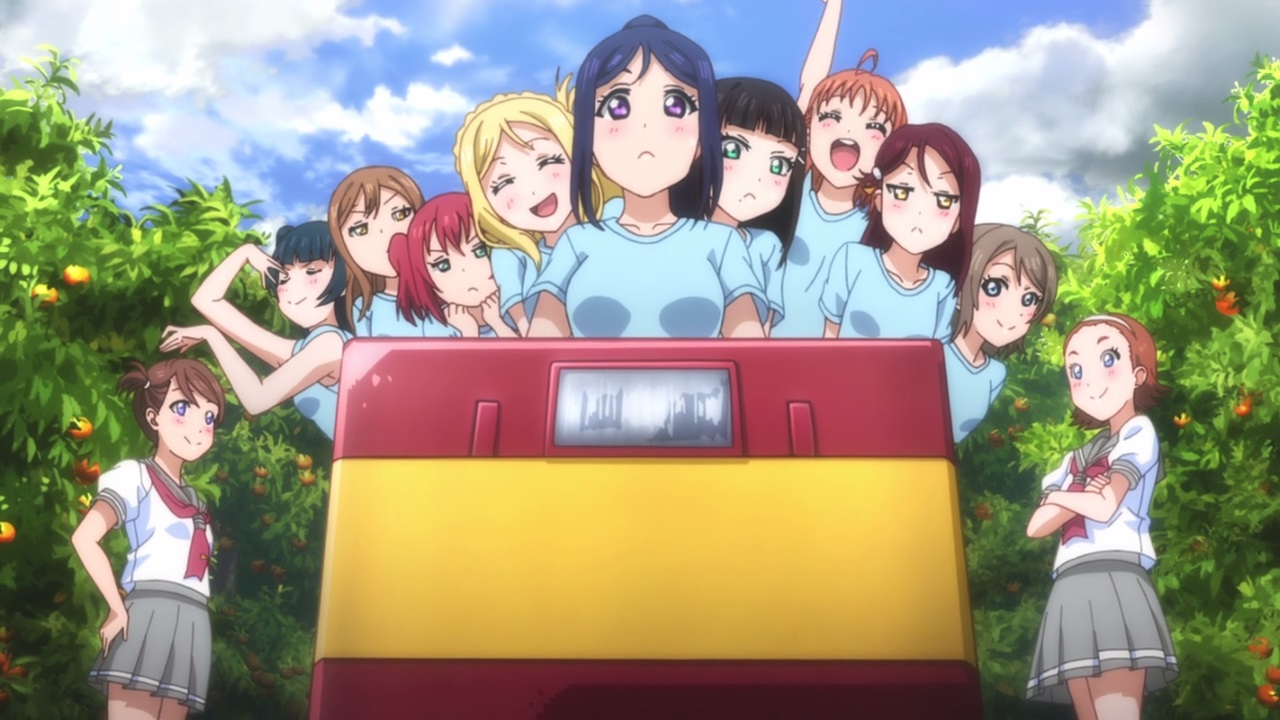 Well, they have one in the form of a trolley which Chika-chan pointed that out earlier. Well, I never knew that Chika Takami had a bright idea on going back to Uranohoshi! 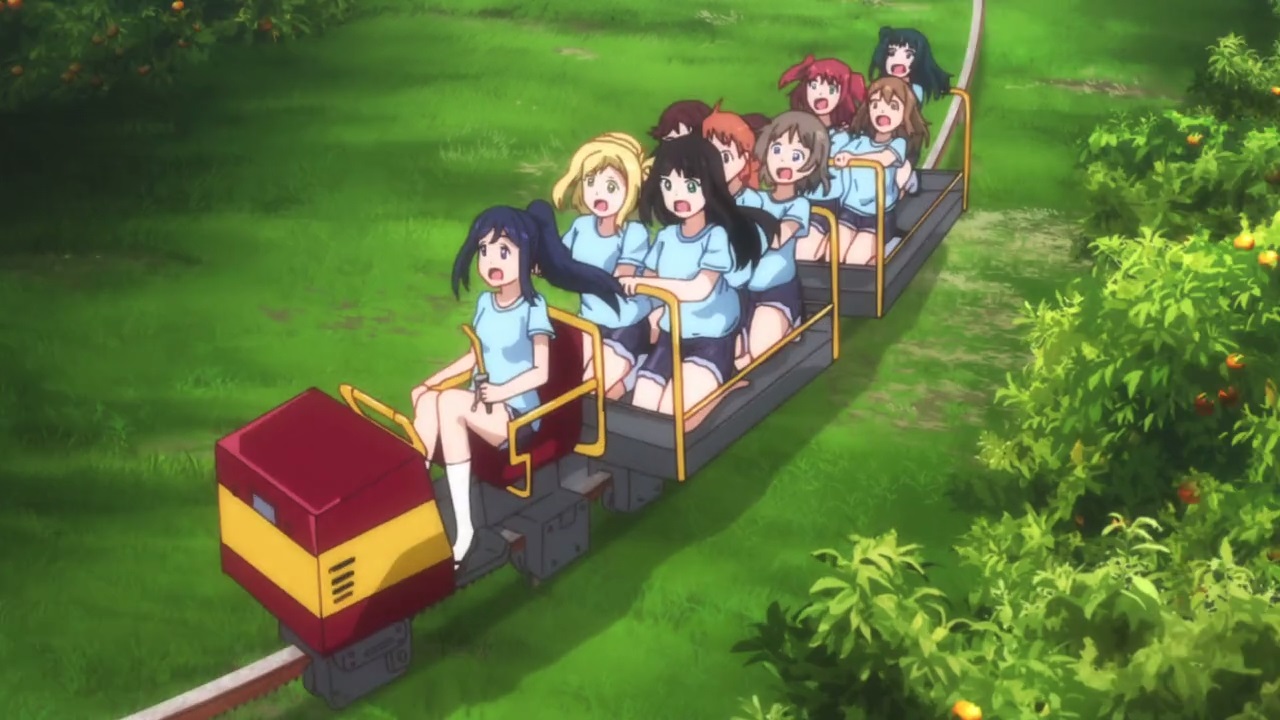 But then again, travelling back to their school in a trolley will be a bumpy and dangerous ride as Kanan Matsuura broke the brake lever.

Seriously, does Kanan lift weights before going to school? I mean, she’s quite strong for a third-year student! 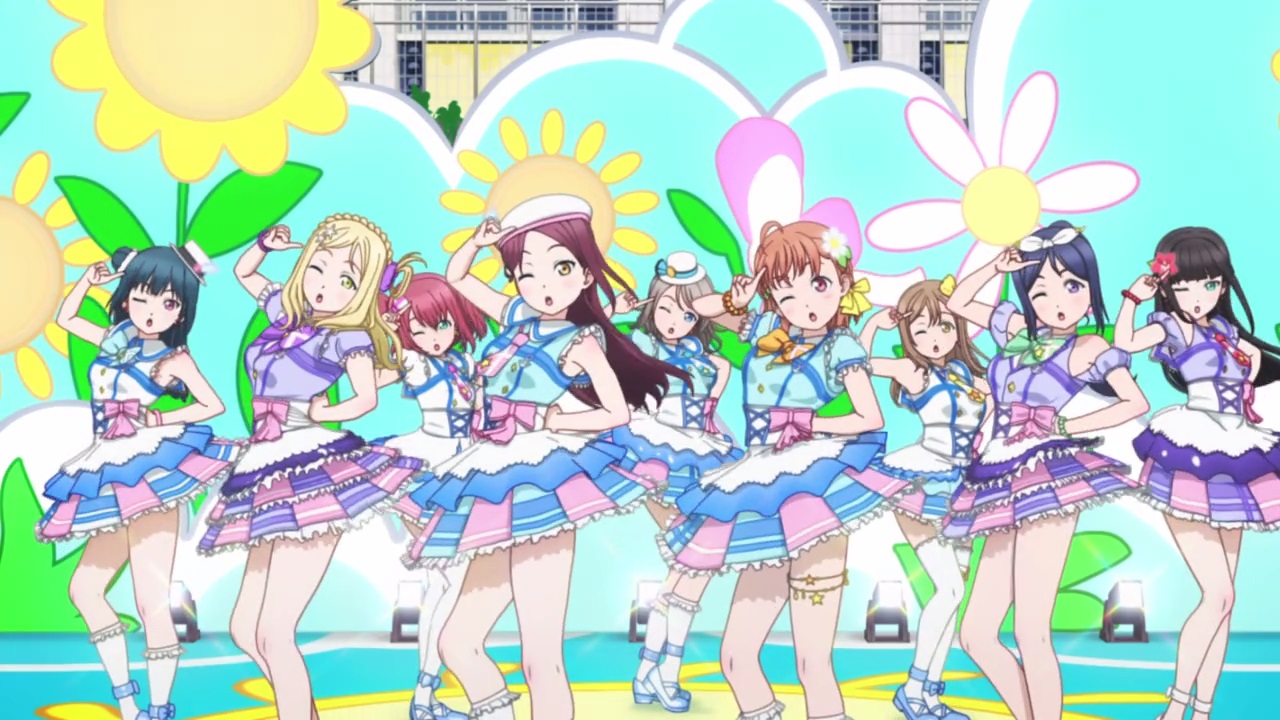 With that said, Aqours have finally made it back to Uranohoshi in time for the school open house event.

Oh and for those who started supporting Love Live! Sunshine!! back in 2015, here is their first song named “Kimi no Kokoro wa Kagayaiteru kai?” in which the animation is improved for this episode. Then again, I wish Sunrise would reanimate their previous PVs in the future. 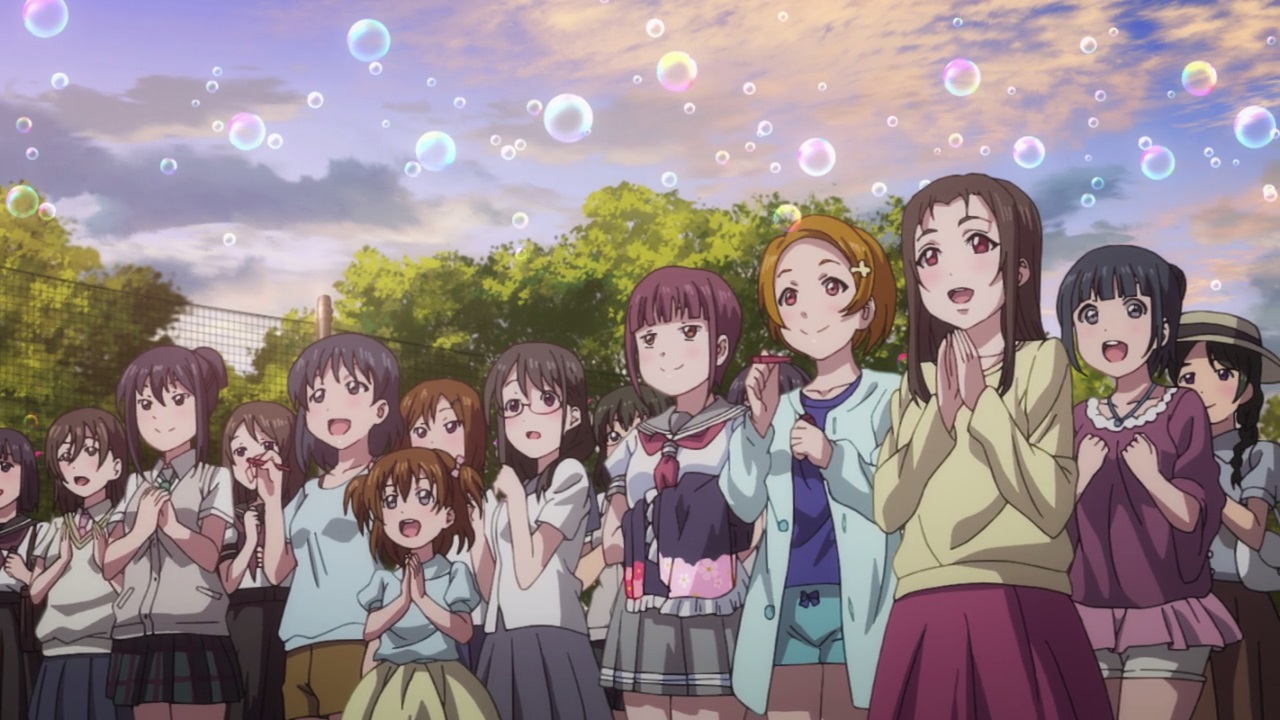 And for those new students who watched their performance, they kinda enjoyed it that they’re eager to attend to Uranohoshi Girls’ Academy in the future.

Then again, Mari’s father is aiming for 100 new students before the end of the academic year, so we don’t know how many prospecting students who are interested on attending Uranohoshi after this open house event. 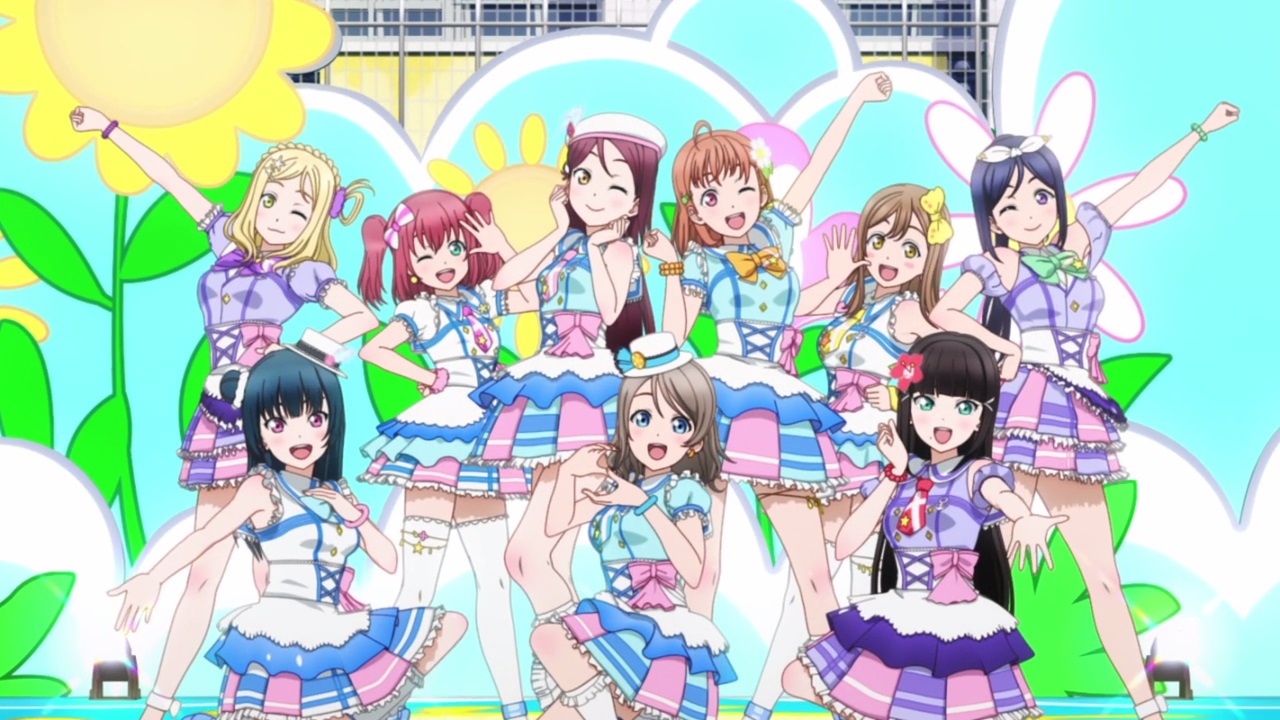 Still, they managed to perform at both events which is an outstanding feat given the distance between Uranohoshi and the venue for the qualifiers.

With that said, let’s hope that there’s good news for Aqours next week as they wait for the results of both the qualifiers and the open house event. Oh yeah, and next week’s episode will focus on Dia Kurosawa so I can’t wait for that!