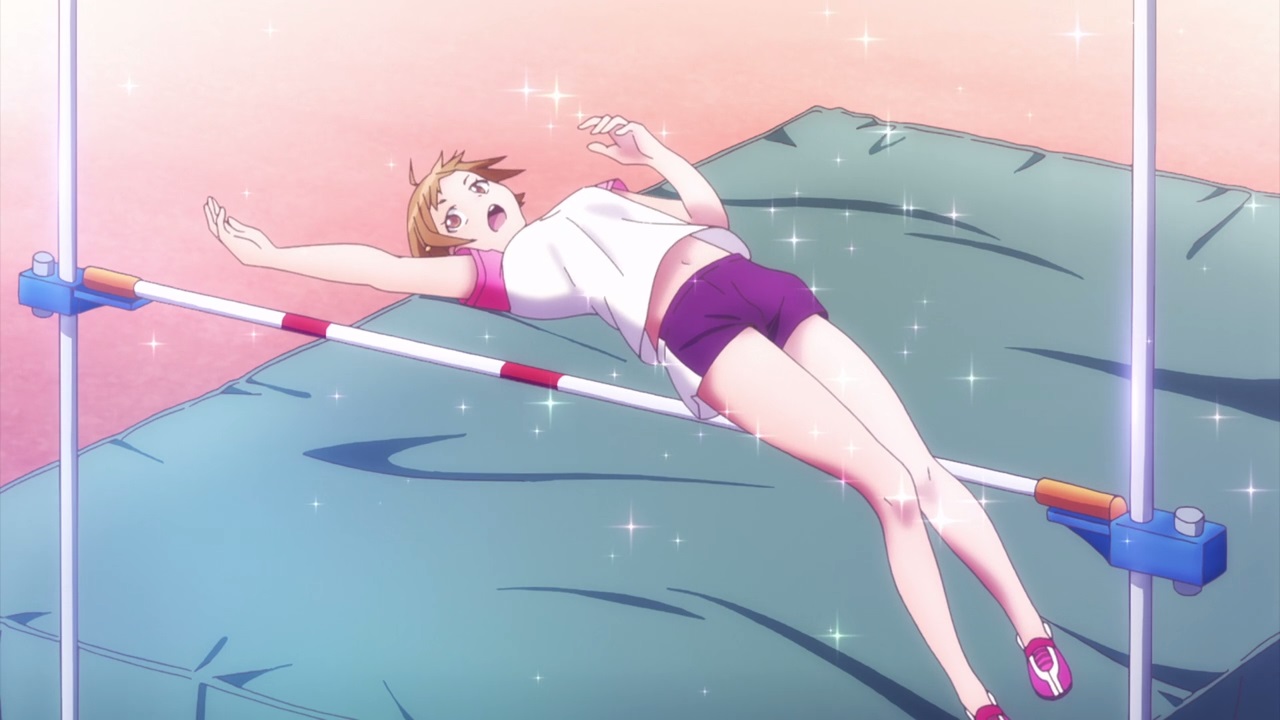 Hey guys, this is Minoa Asagaya’s friend Yui Obata who is a regular member of the athletics club.

Then again, there’s nothing special about Yui-chan so we’re moving onto Episode 3… 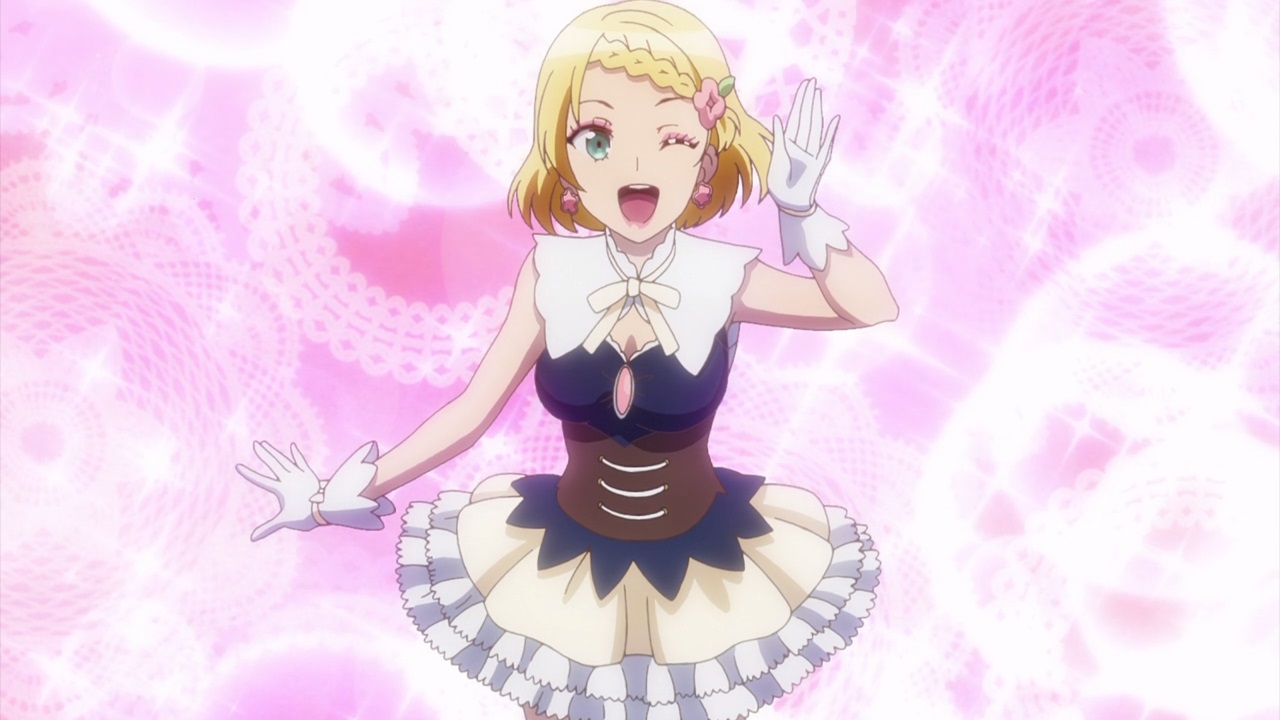 …where the anime research club are exploring Akihabara, the mecca of all things anime ranging from light novels to merchandise!

Oh yeah, and here’s Erika Aoyama as she cosplays one of the character from Lov- I mean, Dub Tone. Notice that her pose is somewhat similar to Chika Takami. Then again, I might be wrong. 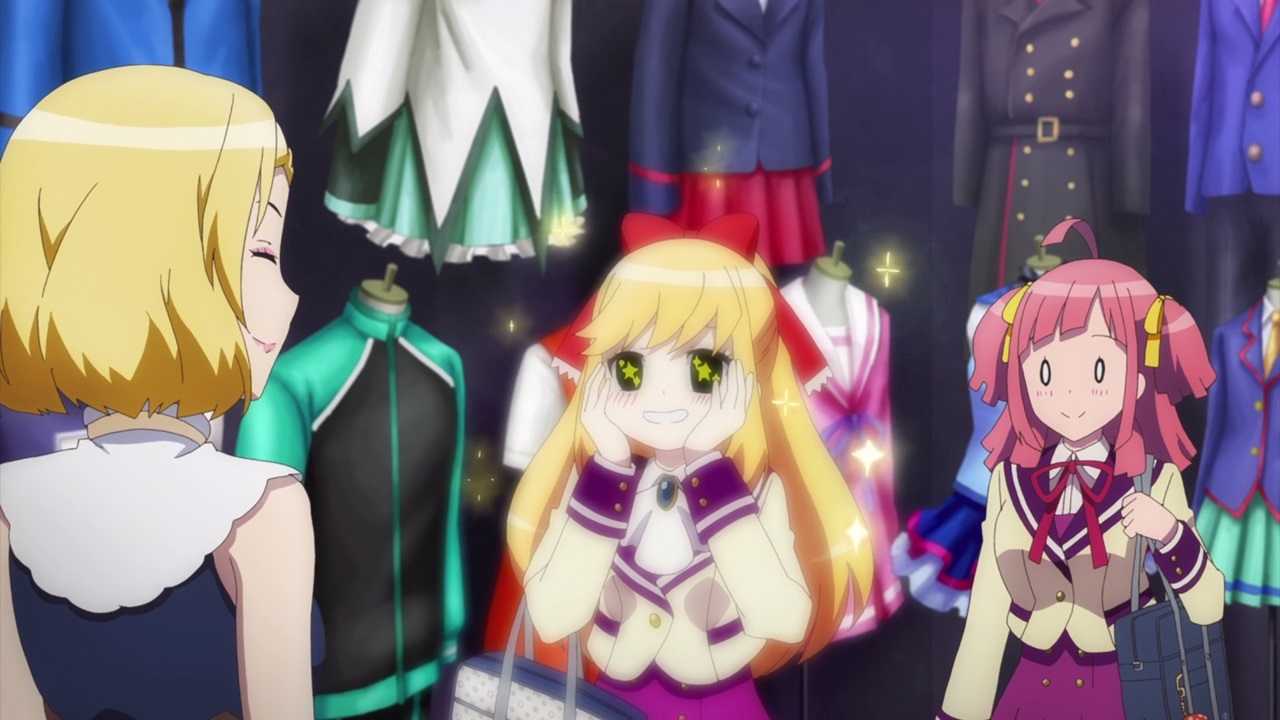 Still, Arisu Kamiigusa is thrilled that Erika Aoyama is cosplaying, which is great for the anime research club but I have to say that they’re still branded as unofficial.

By the way, I have to say that the reason why I picked Animegataris is because Anju Inami is in this series. 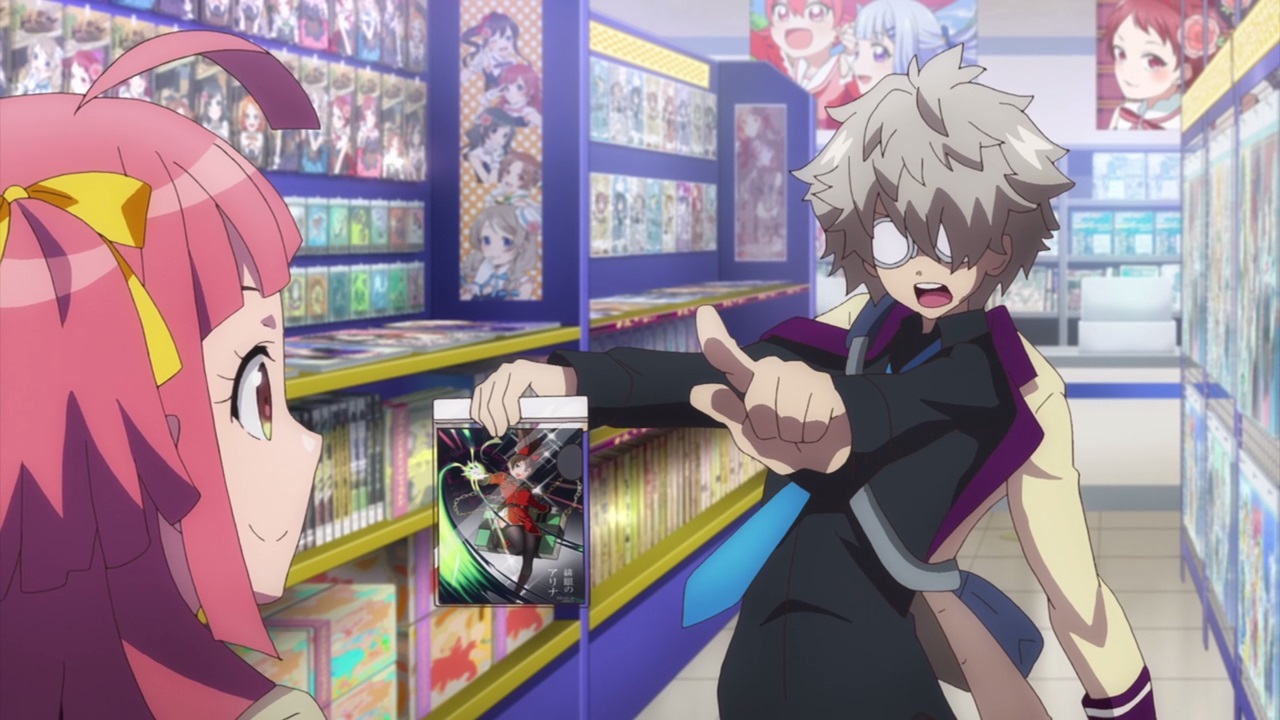 Meanwhile, here’s Kai Musashisakai as he discuss the wonders of watching battle anime, especially when it comes to his favorite series Higan no Arina where Kaikai’s favorite character Margedo Lee uses her grimoire to fight against her enemies.

And for those who don’t get it, think of Higan no Arina as a mix of Shakugan no Shana and Hidan no Aria. Yeah, Kaikai has some good tastes when it comes to battle anime, especially when Rie Kugimiya is voicing one of the characters. 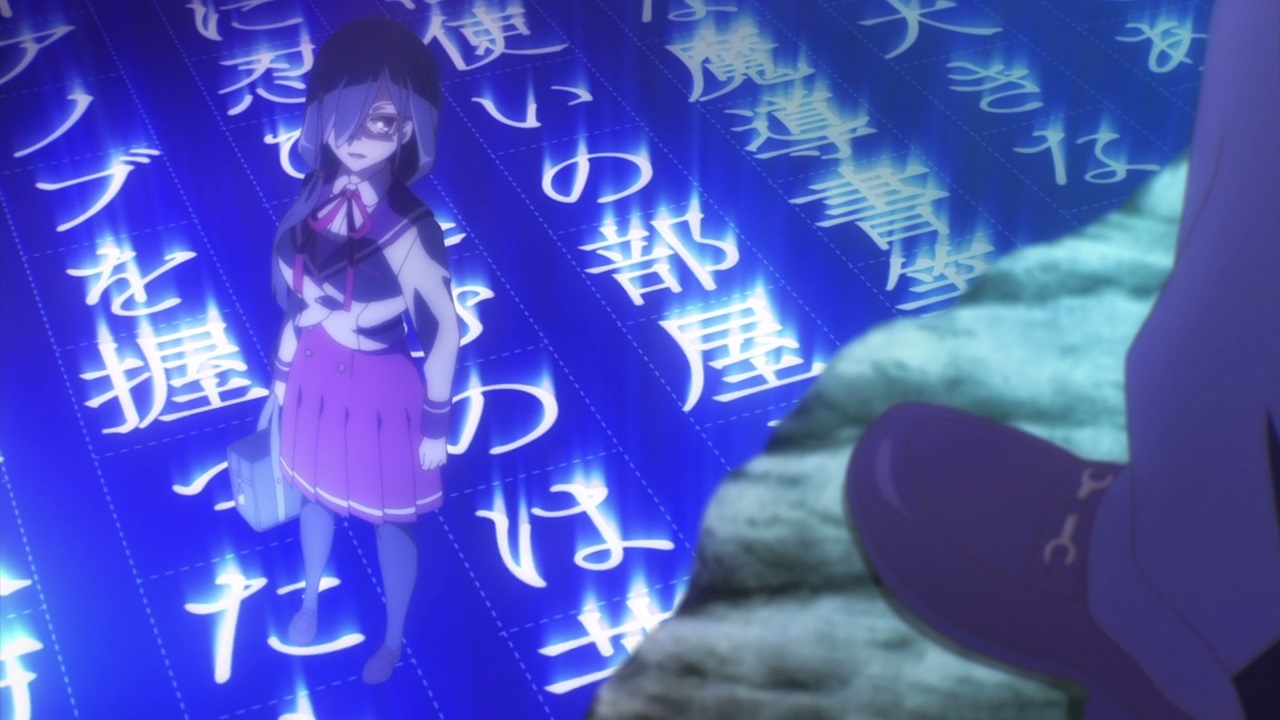 However, Miko Kouenji told Kai Musashisakai that there’s more depth in the original light novels of Higan no Arina than the anime adaptation. After all, she’s an avid fans of the original source material that Miko will complain how the anime adaptation is not in line with the light novels. Case in point, that horrible anime called Magical Warfare! 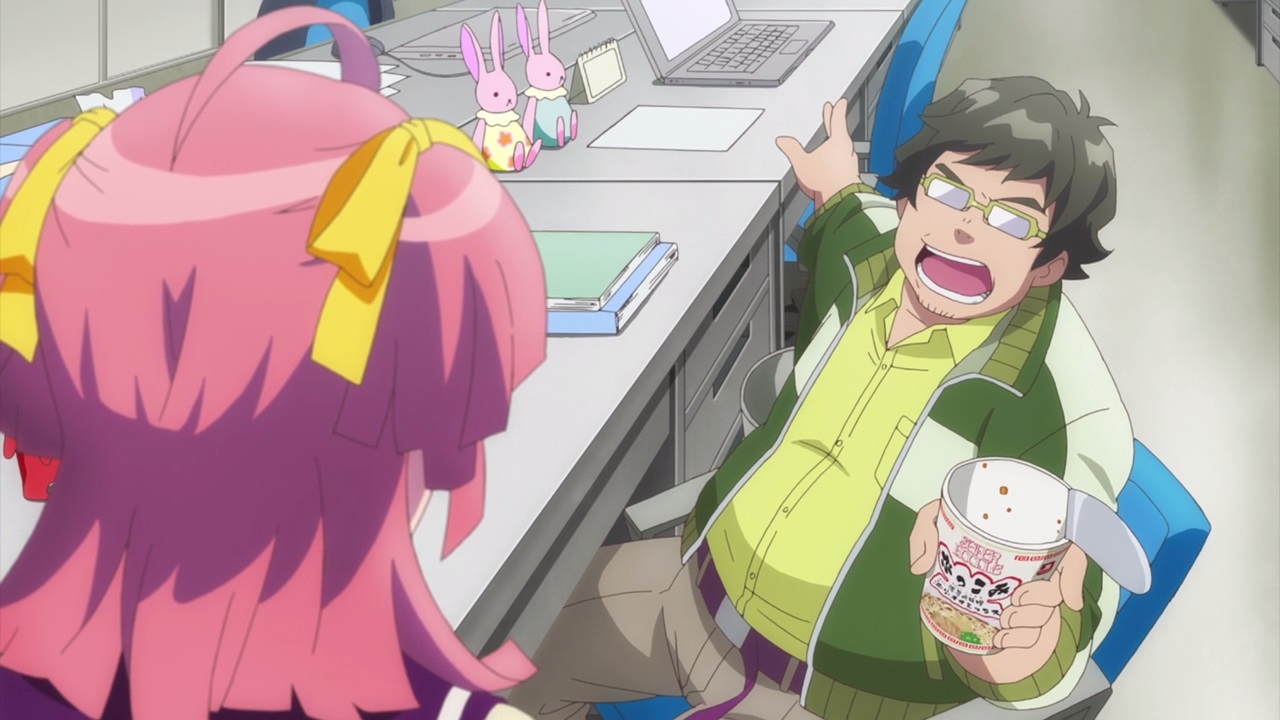 So, both Minoa and Arisu asked their club advisor Masato Gomon for assistant, but he refused to do so because Gomon-sensei is very useless on saving the anime research club from being abolished by the student council.

By the way, I wonder if Masato Gomon is the one who took the beret from the first episode? Nah, it couldn’t be possible! 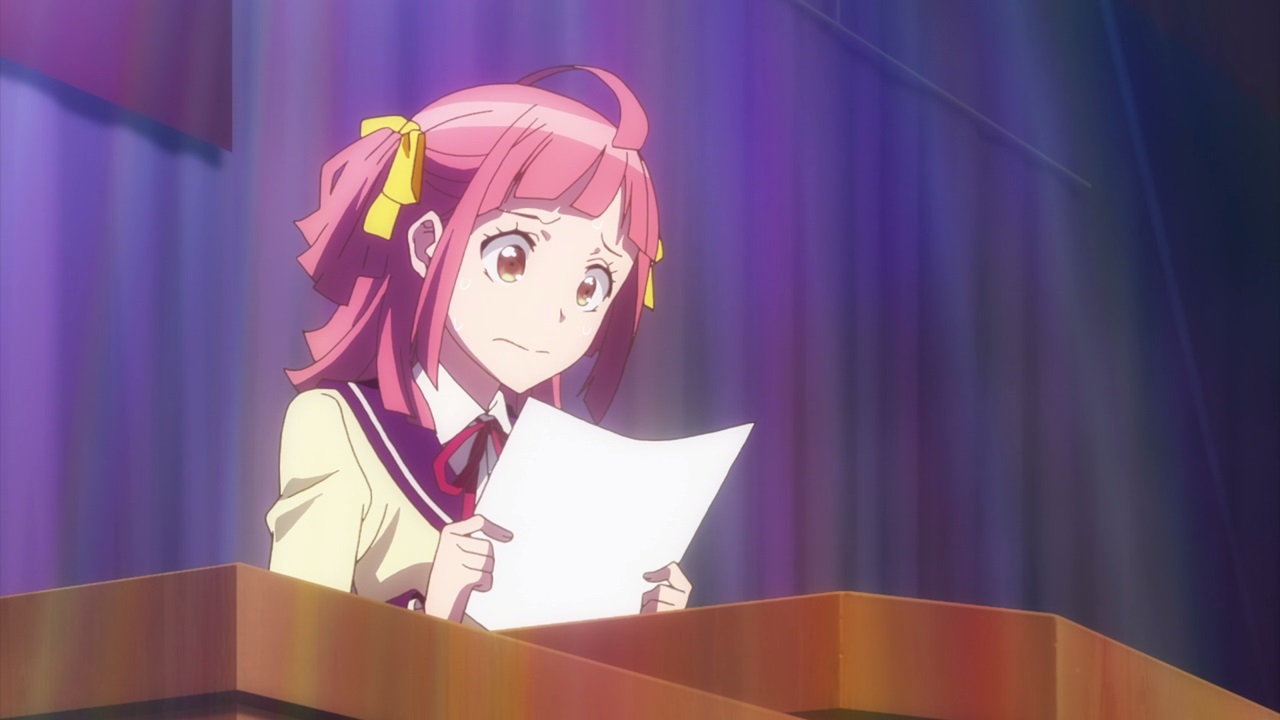 With that said, it’s up to the anime research club on stating their intentions on why their club needs to stay at Sakaneko High School.

Unfortunately, Minoa Asagaya fumbled up the speech and made the audience looked awkward. I guess she’s not used to speaking in front of the crowd. Well, there goes the anime research club… 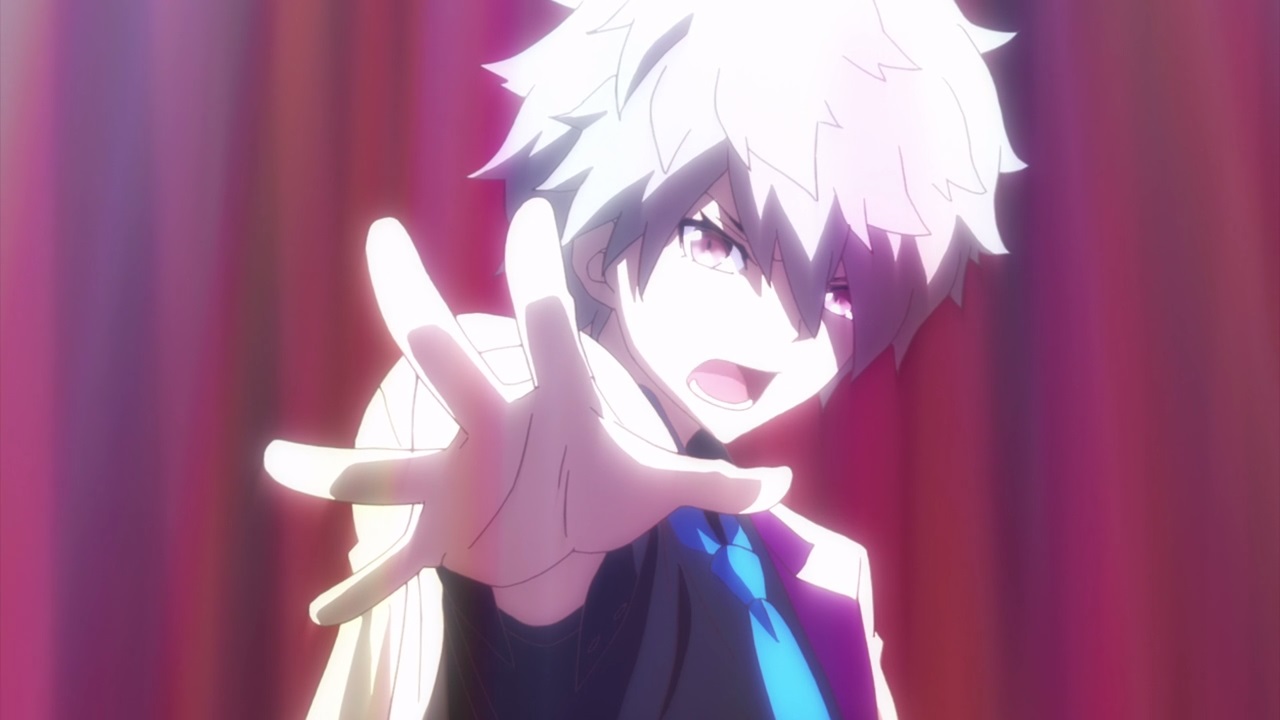 That’s until Kai Musashisakai took off his limiters and proceed to do a rousing speech on how anime shows, especially when it involves fighting and fantasy, are great where characters becomes stronger through friendship and other tropes.

And besides, imagine yourself being the main character instead of being one of the minor ones. Isn’t it frustrating that you’re not being shown in the spotlight? That’s how Kai Musashisakai show to the audience that they can become heroes to the power of anime. Basically, he wanted the crowd to become chunni characters, but then again I think having one chunnibyou character is enough. 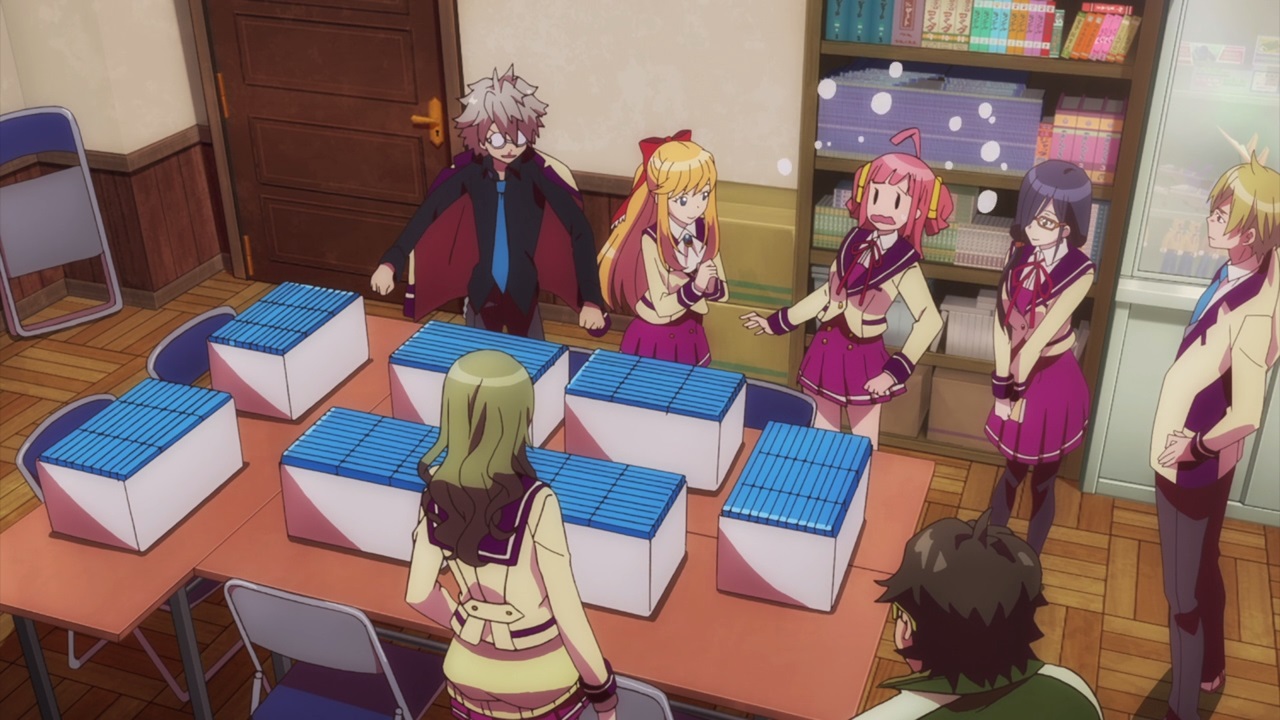 And that’s about it for Animegataris and damn, I have to say that this show is getting more interesting after the first two episodes. With that said, I’ll see you next time…