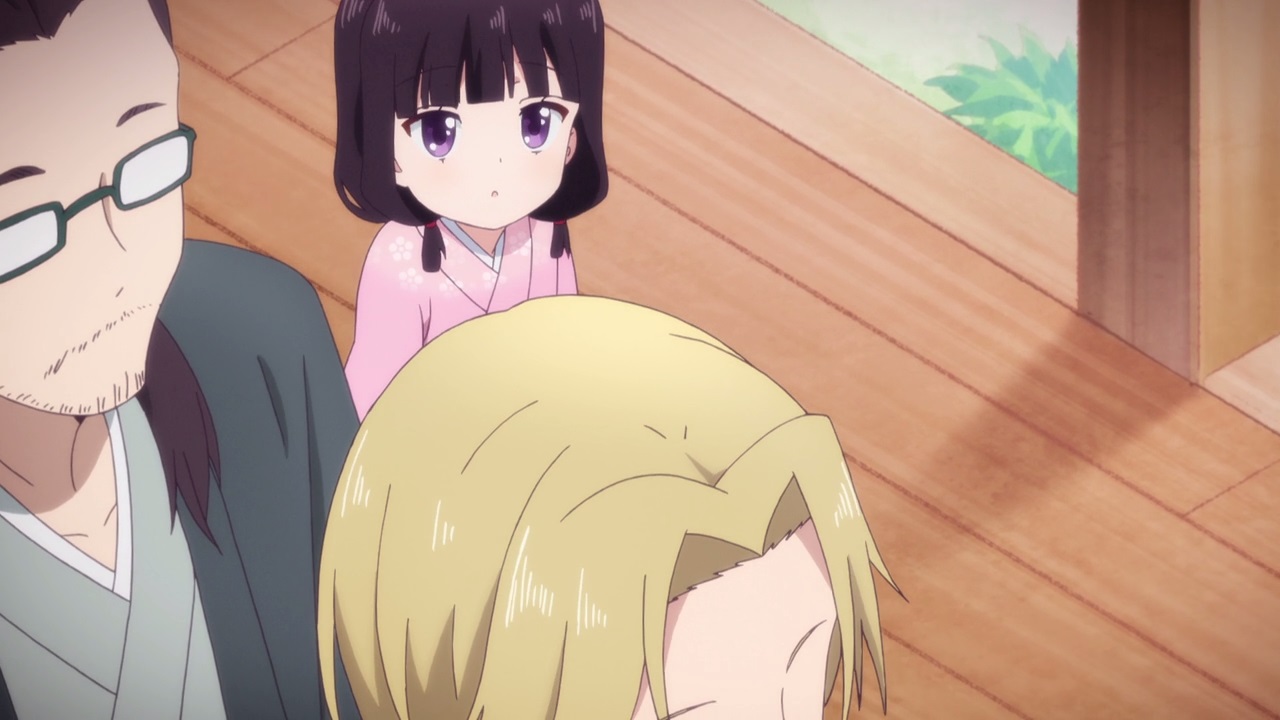 This is Maika Sakuranomiya when she was just a little girl as she started her fascination with foreign culture ever since Maika-chan saw a foreigner in her home. Yeah, it’s kinda like Shinobu Omiya! 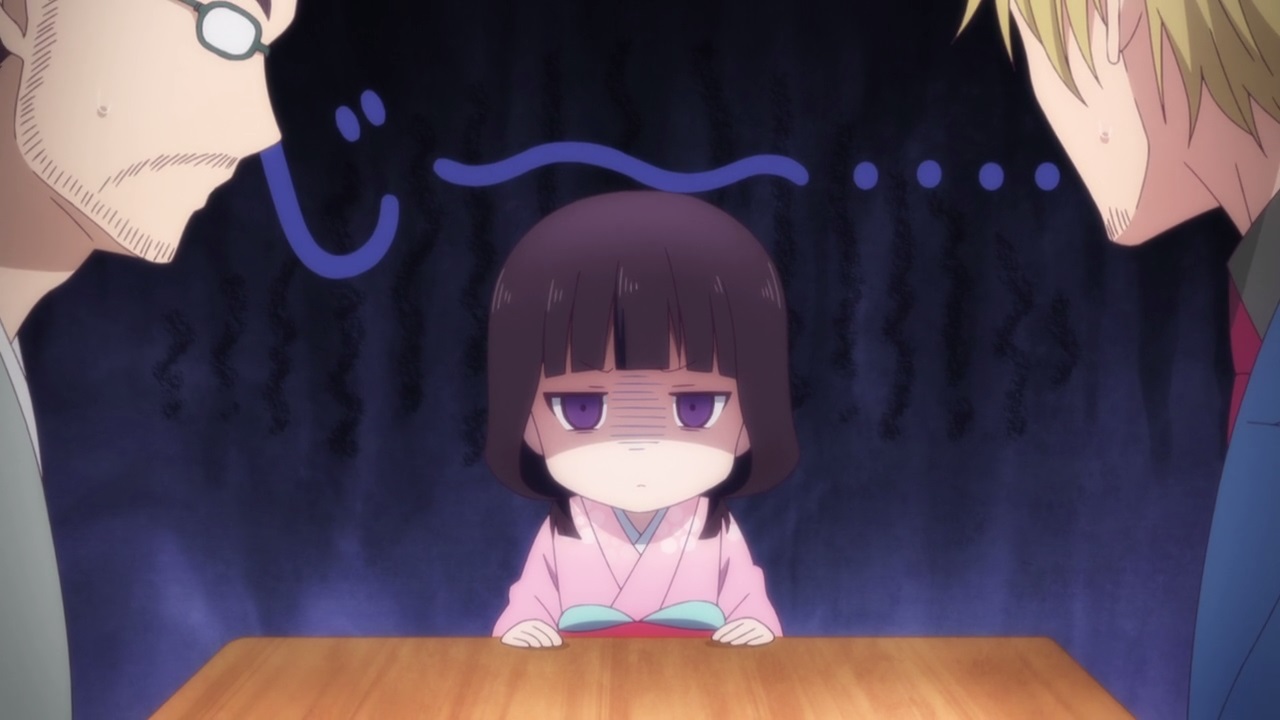 But given that she’s inherently sadistic, seems that Maika scared this foreign guest that her parents apologized to the visitor afterwards. Even when she’s just a kid, Maika has that menacing glare every time. 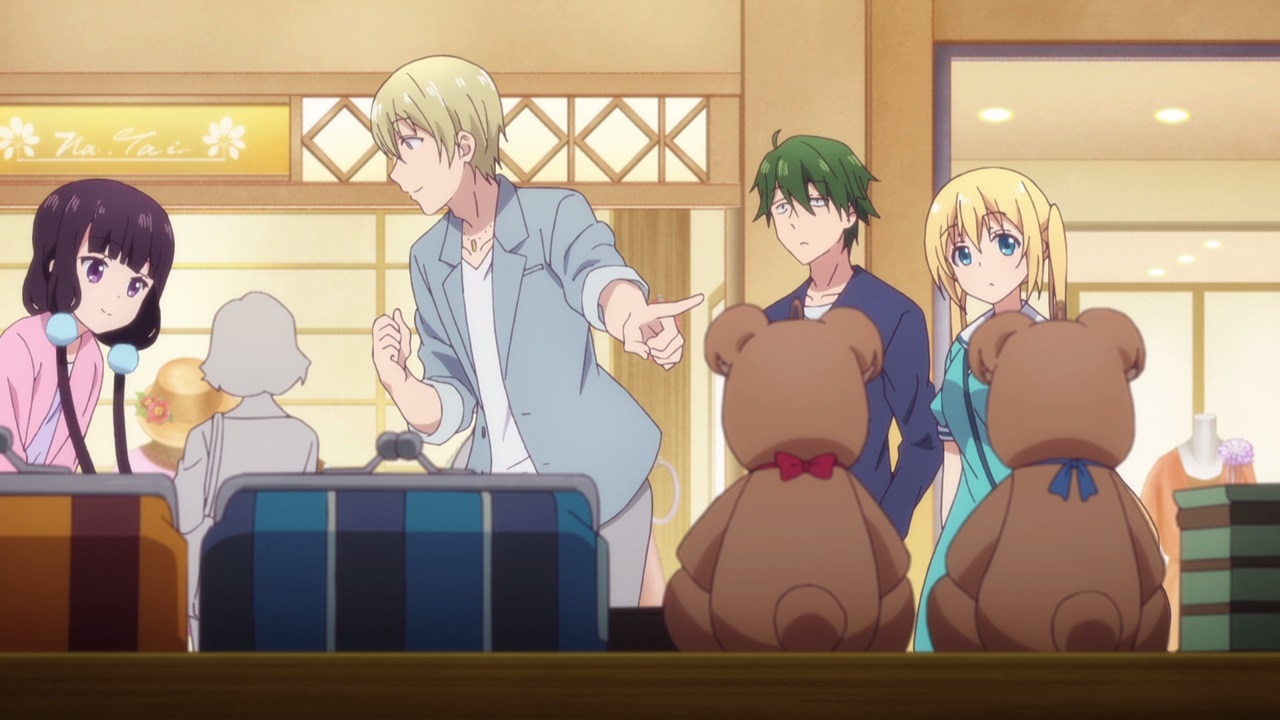 With that being said, Maika Sakuranomiya is blessed as of now, all thanks to Dino and his staff at Café Stile.

Now, Dino is taking Maika on a date! Well, it’s a double date thanks to Kaho Hinata and Kouyou Akizuki as they joined in too. 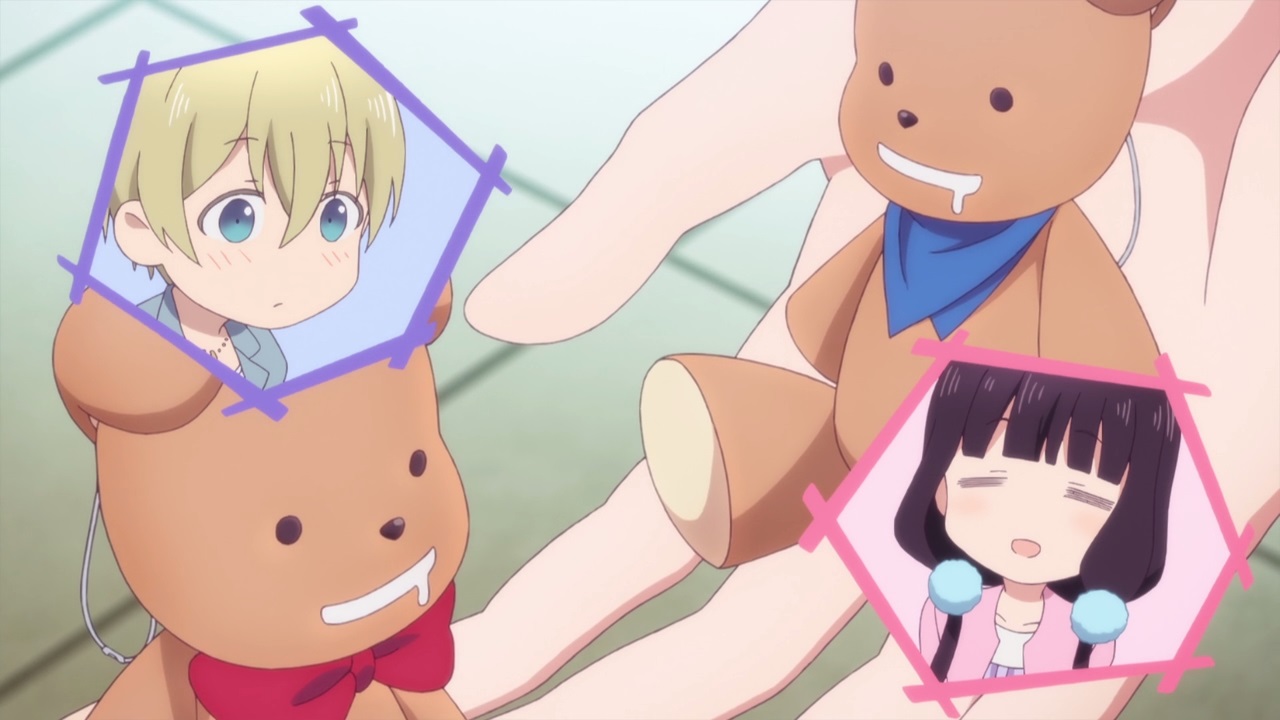 On the other hand, seems that both Dino and Maika-chan brought some gifts for each other… and it’s a matching pair!

Damn, they’re so lucky but I fear that everyone would look at Dino at the wrong way. C’mon, he’s older than Sakuranomiya and Dino might get arrested for being a lolicon. 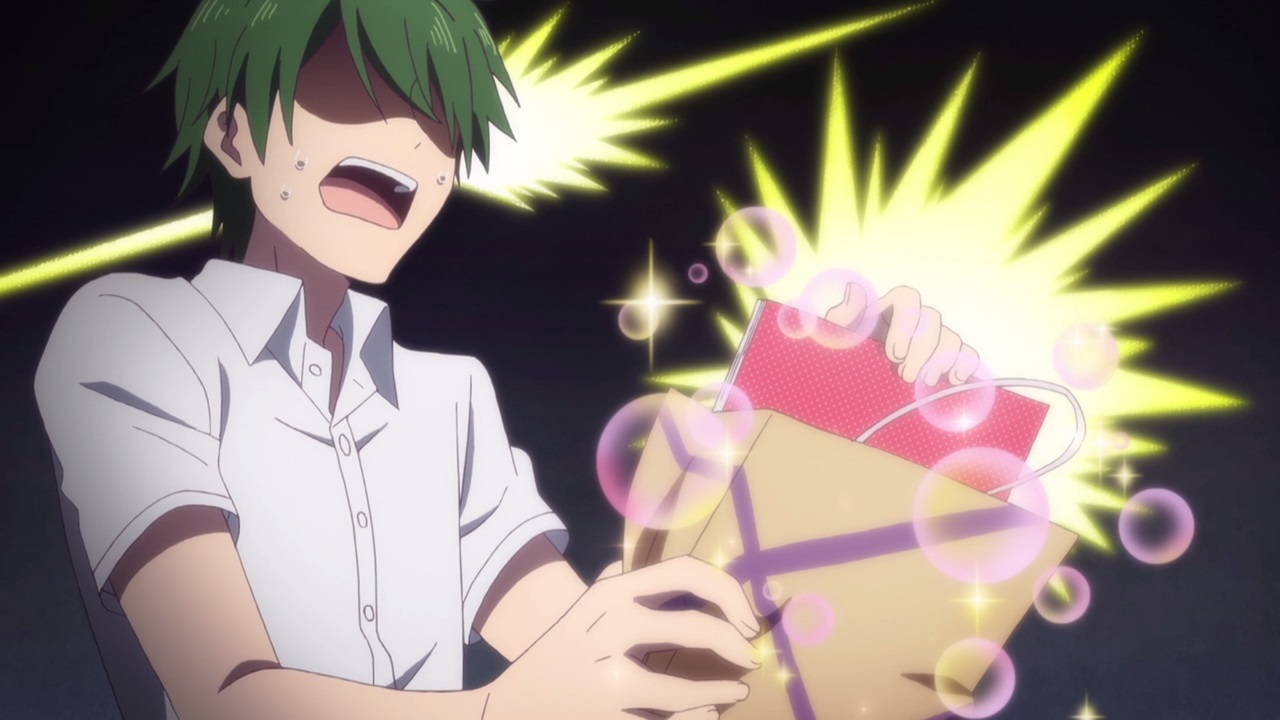 As you can see from Akizuki’s reaction, it’s not safe for children! 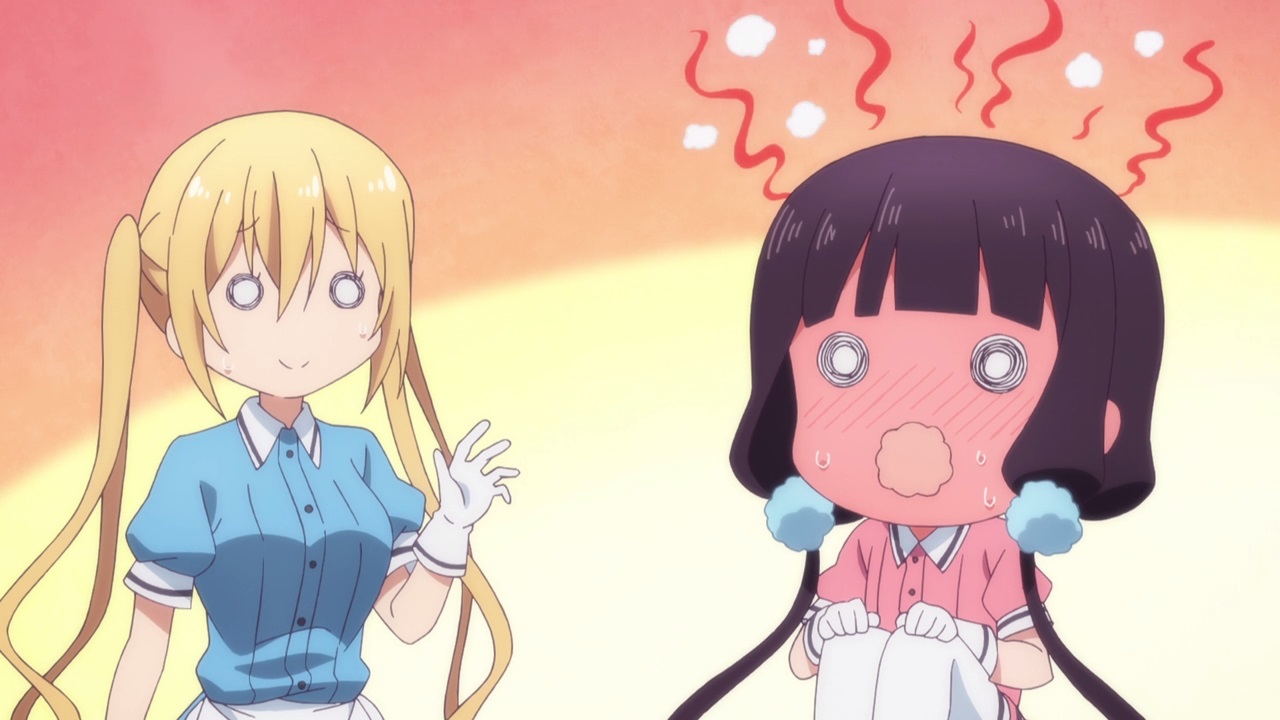 Heck, even Maika Sakuranomiya got stunned upon peeking it just a bit.

C’mon, she’s too pure to see girls being tied up, more so where it involves young gi- Ah, I rather leave your imagination. 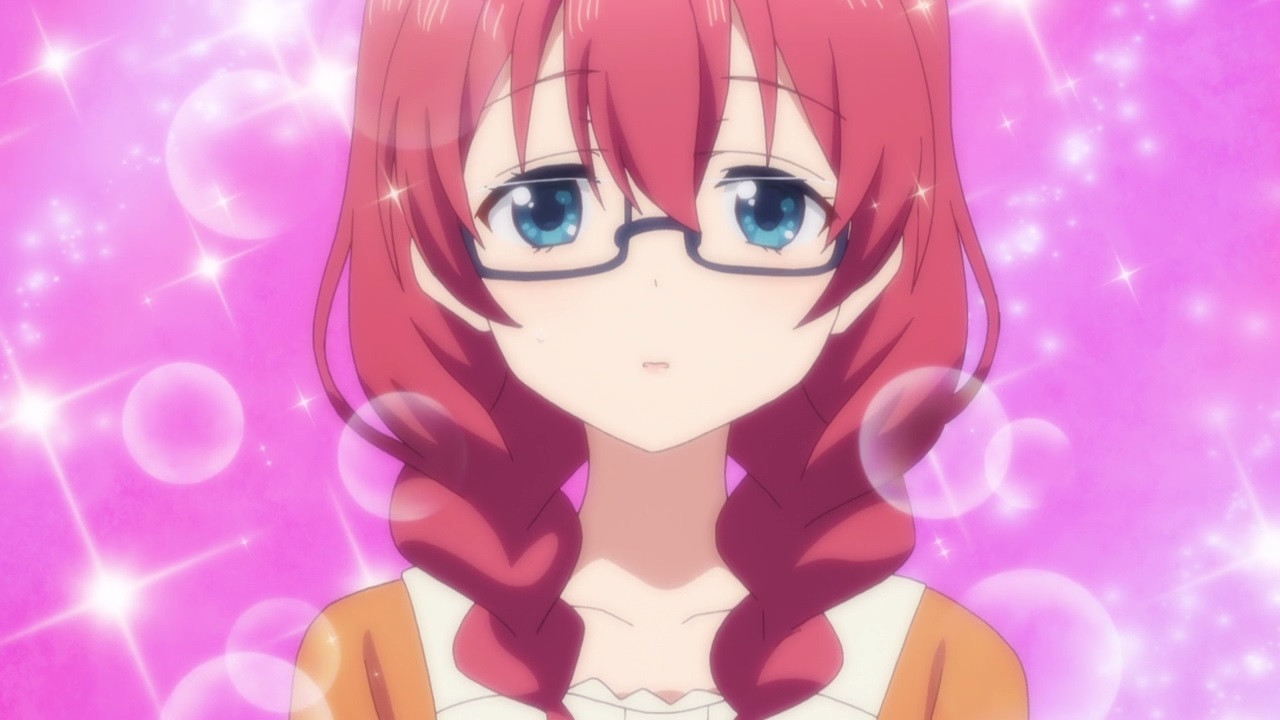 Fortunately, the h-doujinshi was returned to this lovely red-haired lady, who might happened to be the author of that lewd manga. 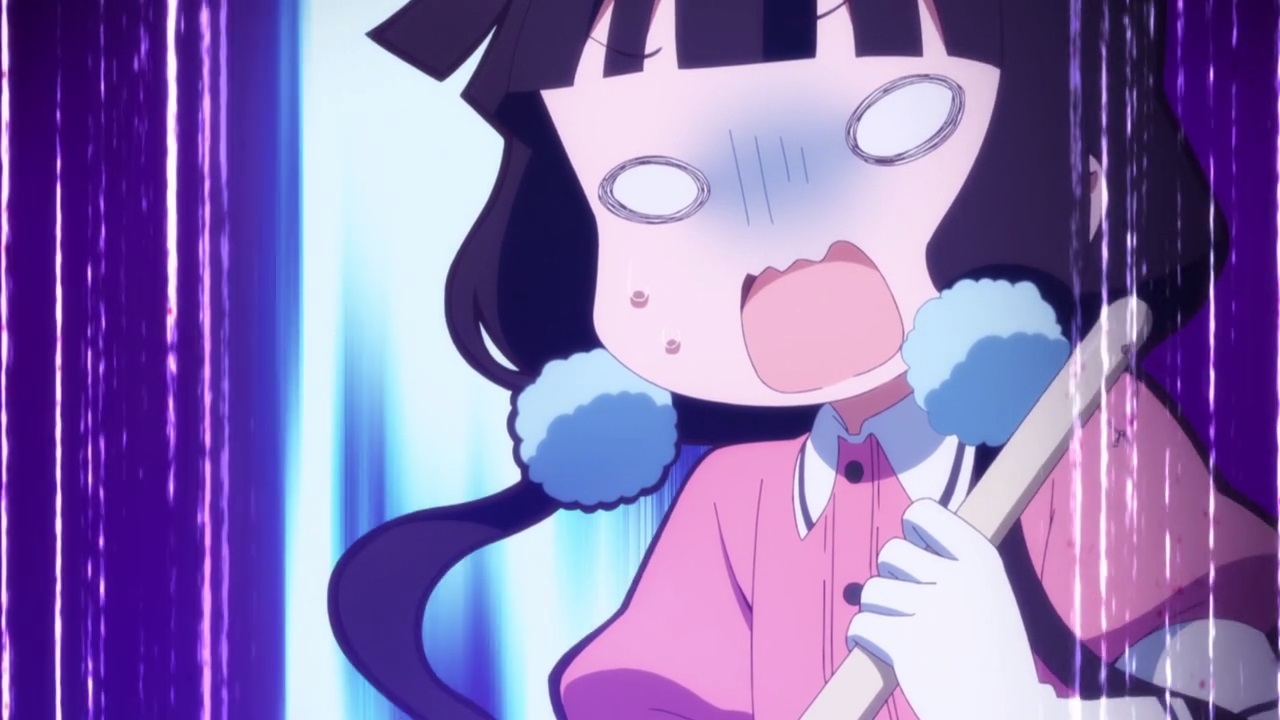 And given that this girl is the owner of the doujinshi, Maika Sakuranomiya has finally lost it and I have to say that she’s traumatized for this unexpected revelation. Remember everyone, h-doujinshi is for 18 years old and above!

In any case, that’s about it for Episode 3 of Blend S. And as for that red-haired girl who appeared on this episode, I have a feeling that she’ll return on the next one!