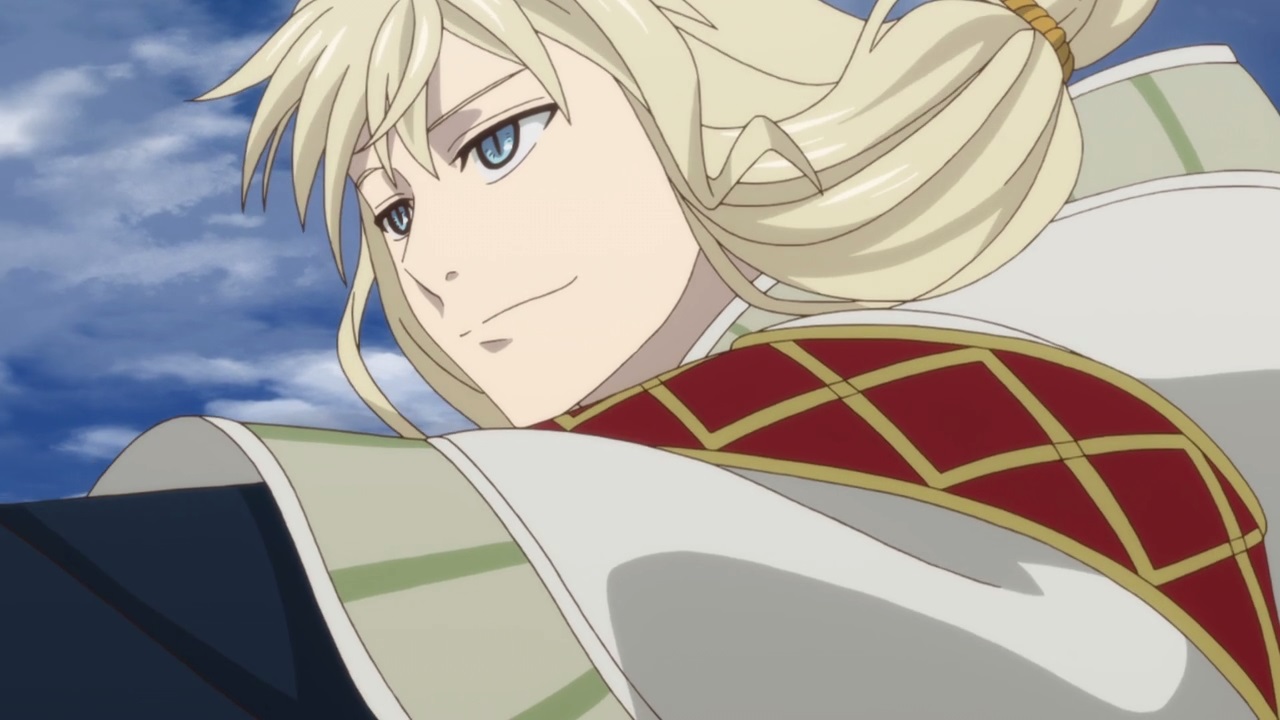 Well, this is the guy who kidnapped Chise at the end of Ep. 2, but for what purpose if you may ask?

Anyways, this is Lindel who is not only a mage, but also the caretaker of the dragons. Much like the ancient mages, dragons are endangered species who are now reside in an isolated island in Iceland. 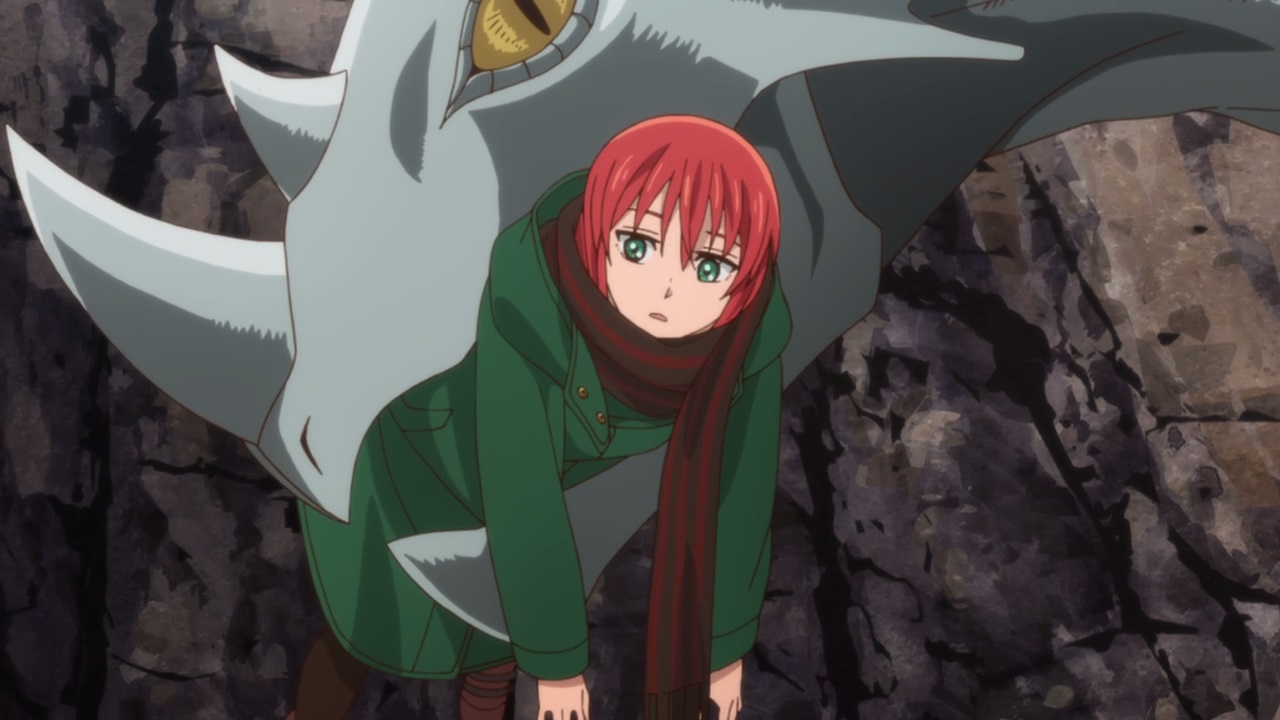 Oh yeah, and here’s Chise Hatori as she’s being taken to the land of the dragons. We don’t know what’s gonna happen to Chise however… 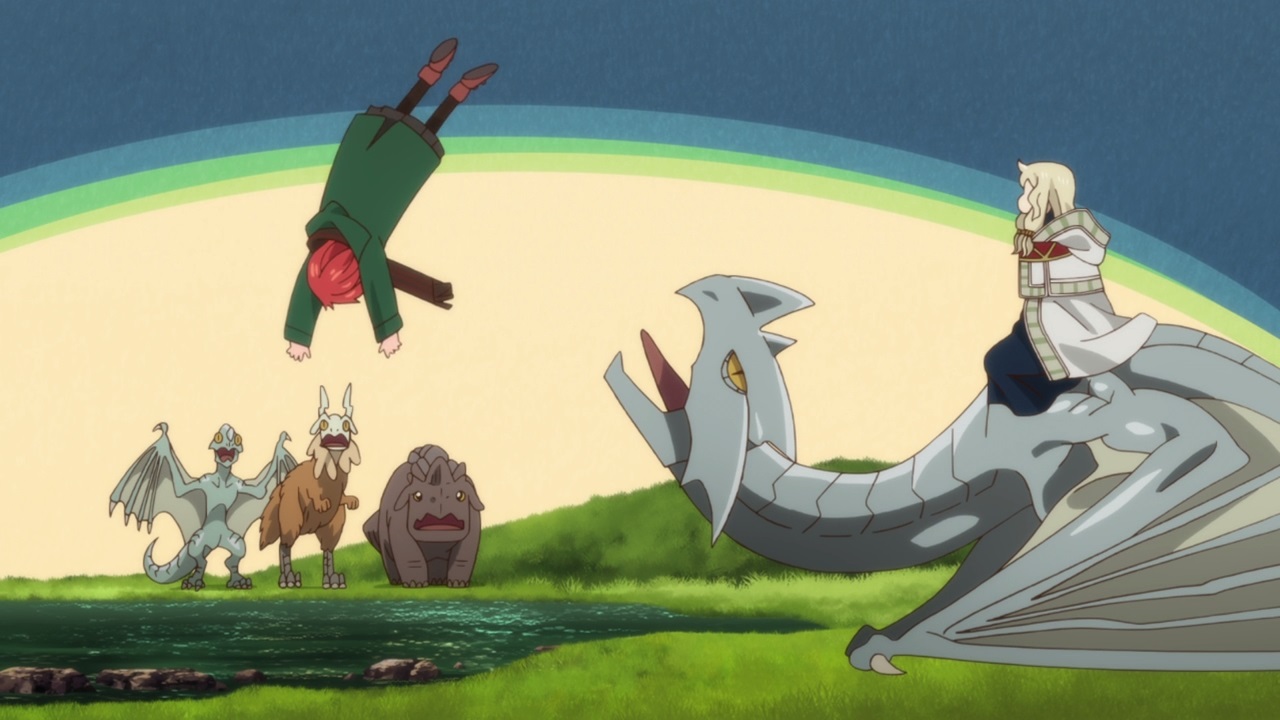 Then again, I don’t like how Chise got mishandled by dragons as they throw her off to the river. Seriously, that’s not how they treat a lady! 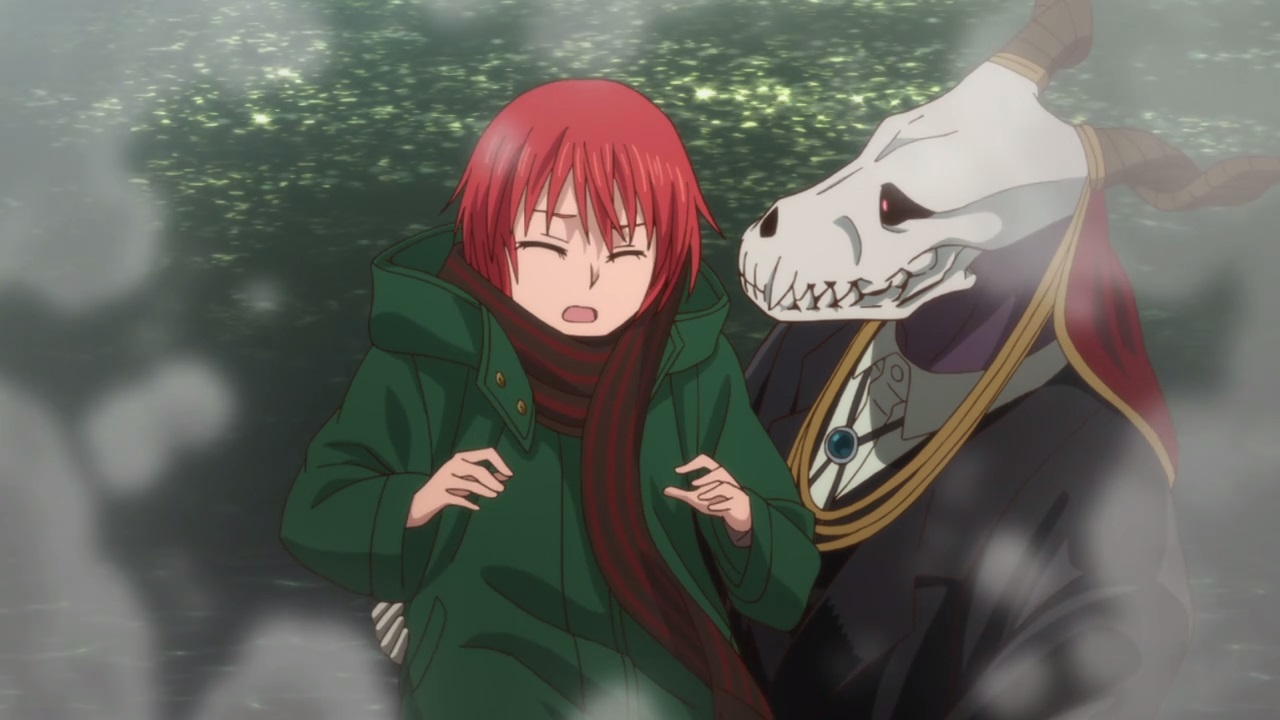 Fortunately, Elias Ainsworth has come to the rescue for his apprentice/wife. Oh yeah, and he also make Chise warm by doing some magic.

Well, Elias doesn’t want his future wife getting manhandled by a mere cheeky mage like Lindel. On the contrary, Lindel doesn’t have any ulterior motives upon kidnapping Chise Hatori as he only wanted to show her the dragons. 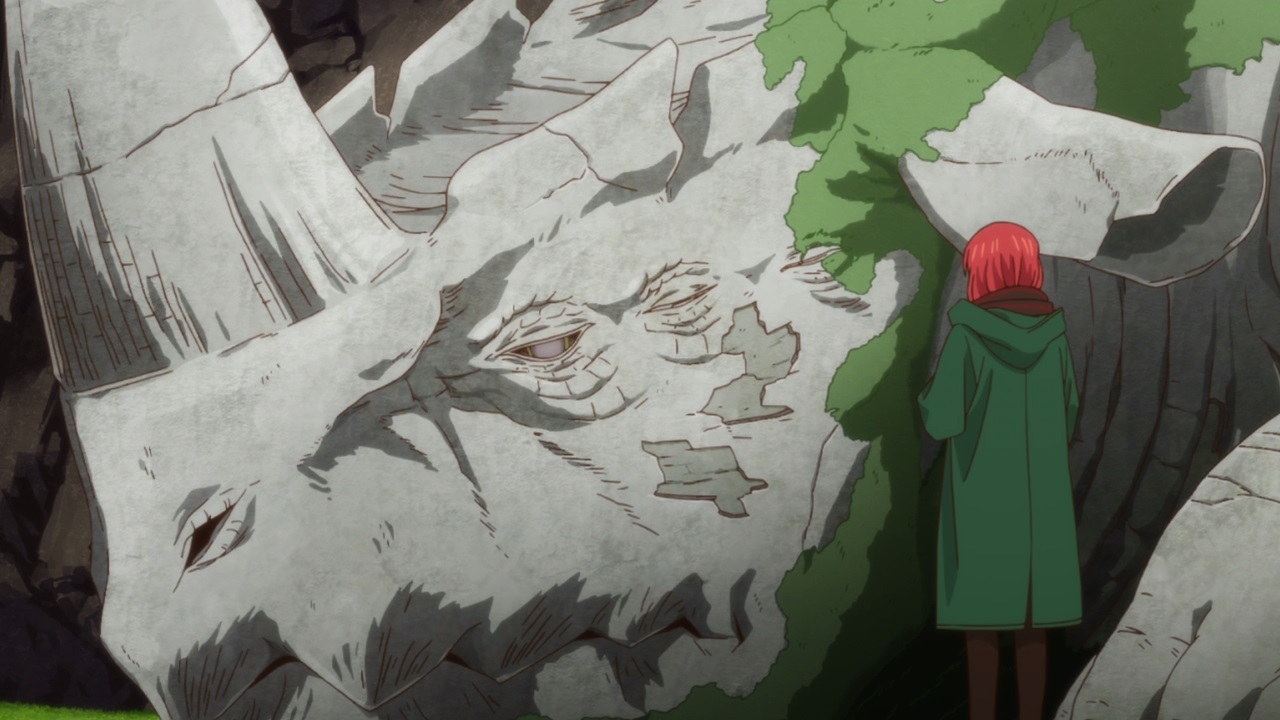 Speaking of dragons, Chise met this old uil dragon named Nevin who is one of the remaining old dragons and he’s about to pass onto the next generation.

But before he breathe his last, Nevin showed something to Chise on what it takes to fly at his prime. 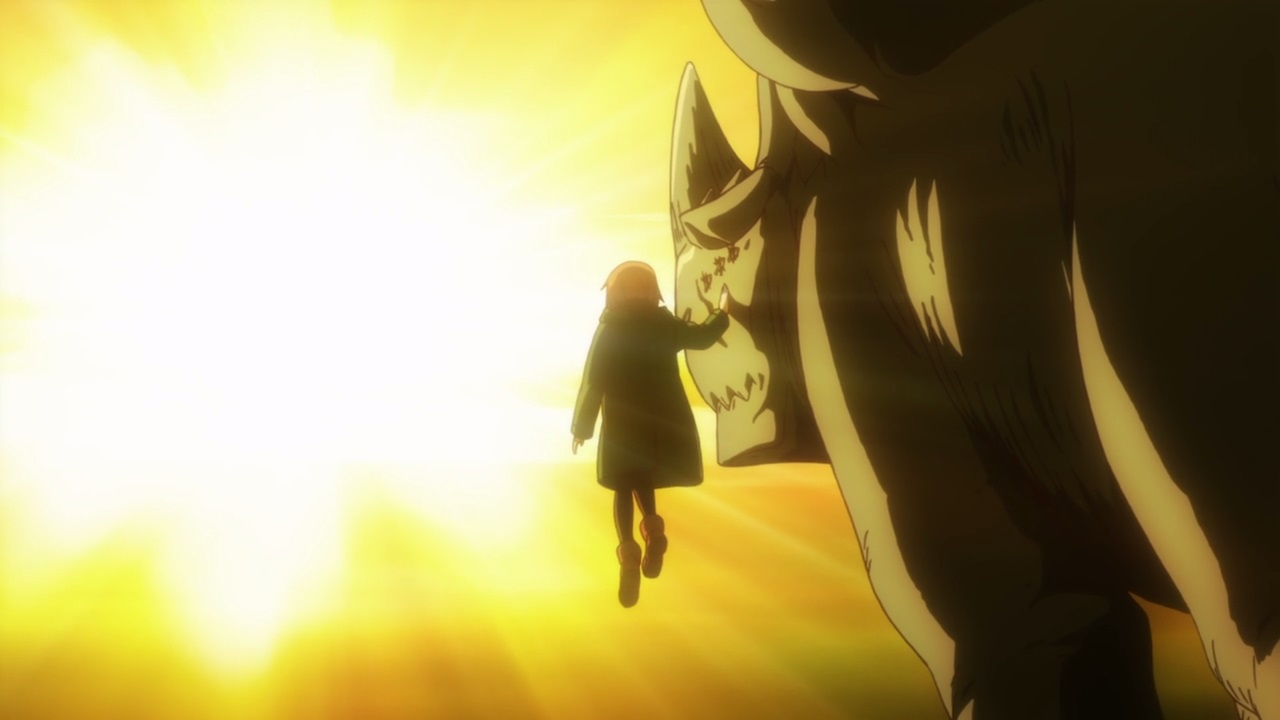 And you know what, it’s a sight to behold as Chise saw how the sky is vast under Nevin’s guidance. Well, I have to say that it was a wonderful event on this episode. 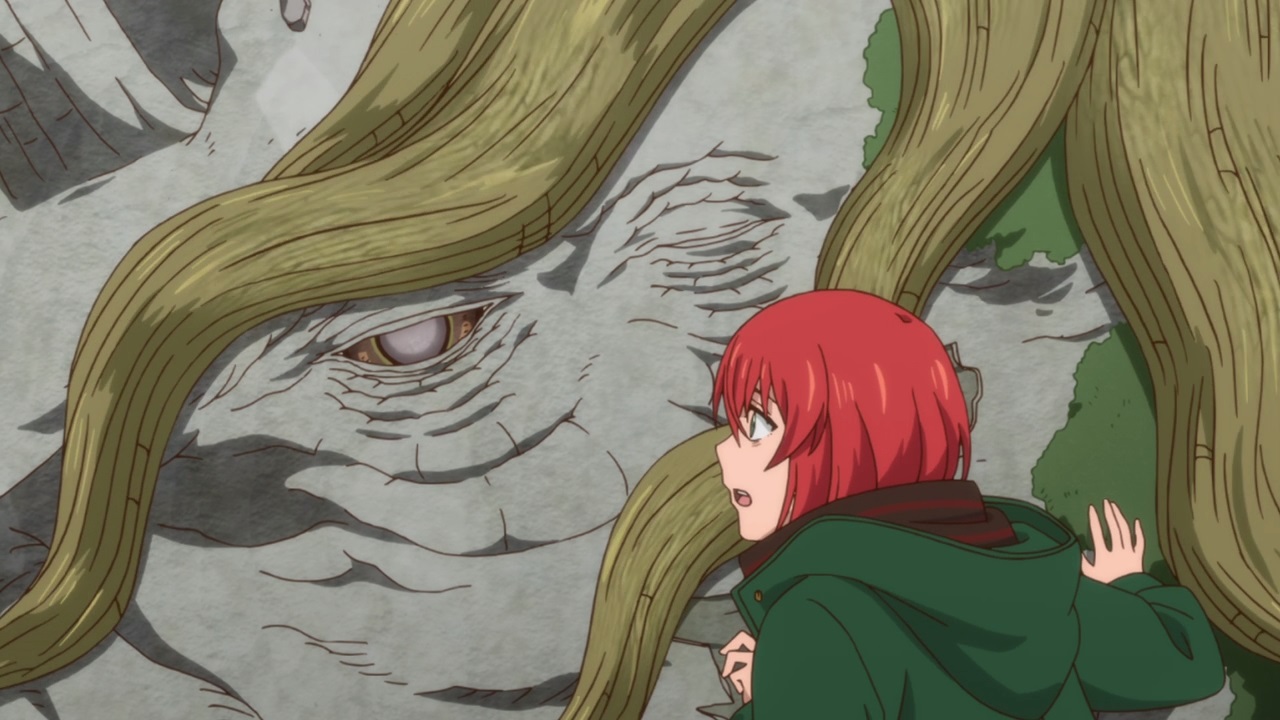 Unfortunately, all things must come to an end as Nevin breathe his last, telling Chise that he’ll become a tree.

Oh yeah, and he told Chise that she can use one of his branches as a wand. After all, an aspiring mage needed a wand to cast spells and such. 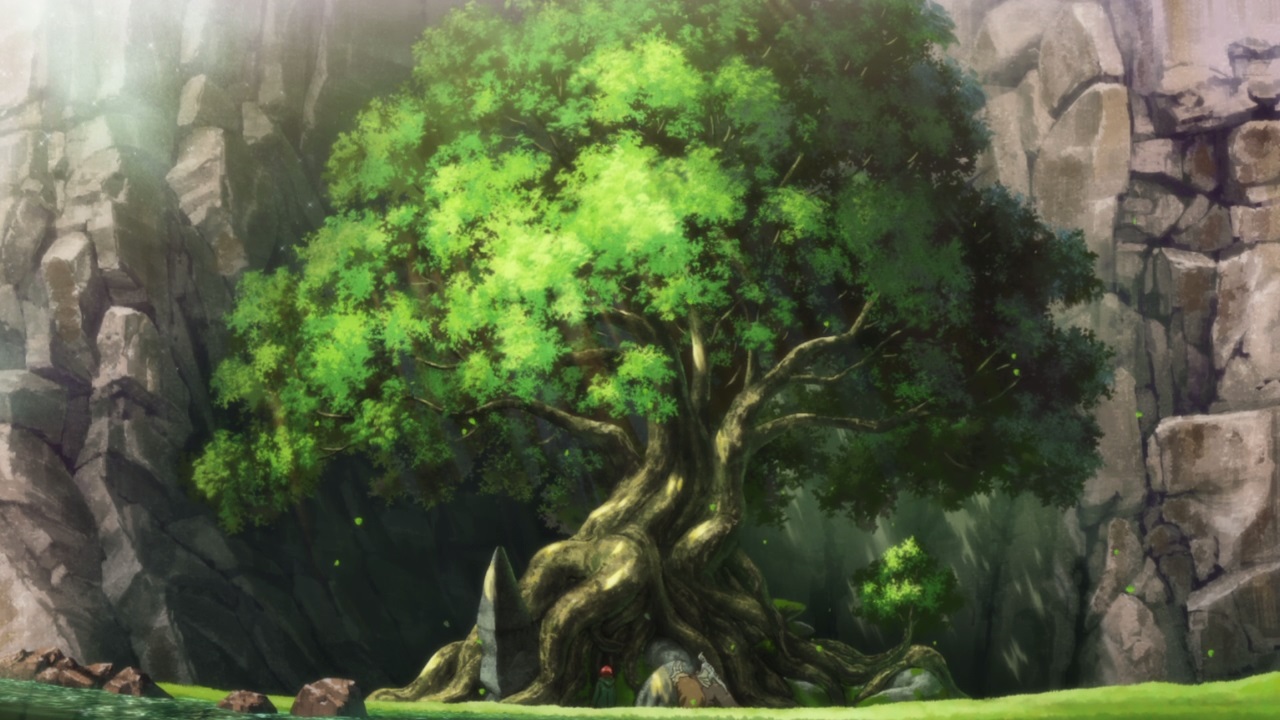 With that said, seems that this episode looked great and like I said before, Lindel and the dragons don’t have any bad intentions towards Chise Hatori and Elias Ainsworth. Still, it’s sad that Nevin has passed away and his decaying body becomes a tree.

Anyways, I’ll see you on the next episode and while Chise Hatori is safe yet again, the road on becoming Elias’ successor will be a long one.