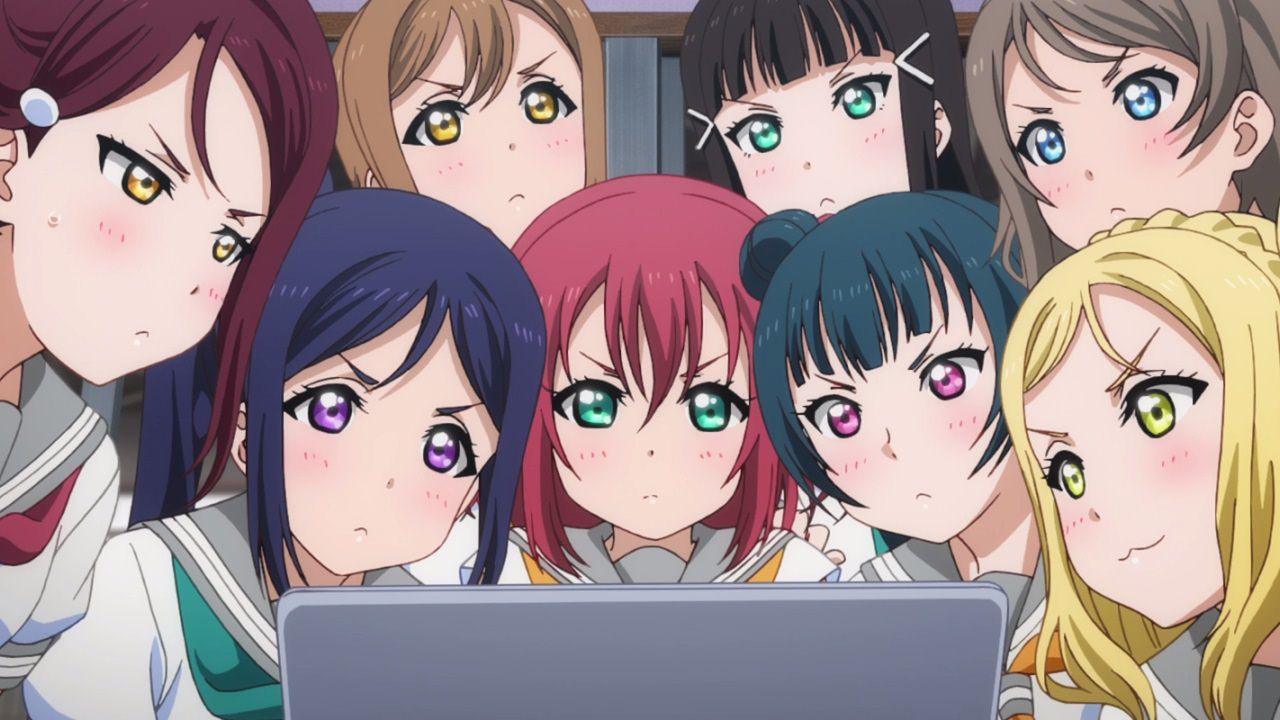 And now, the moment of truth as Uranohoshi Girls’ Academy school idol club are waiting for the results of the qualifiers. Will Aqours make it or will they fall short once again? 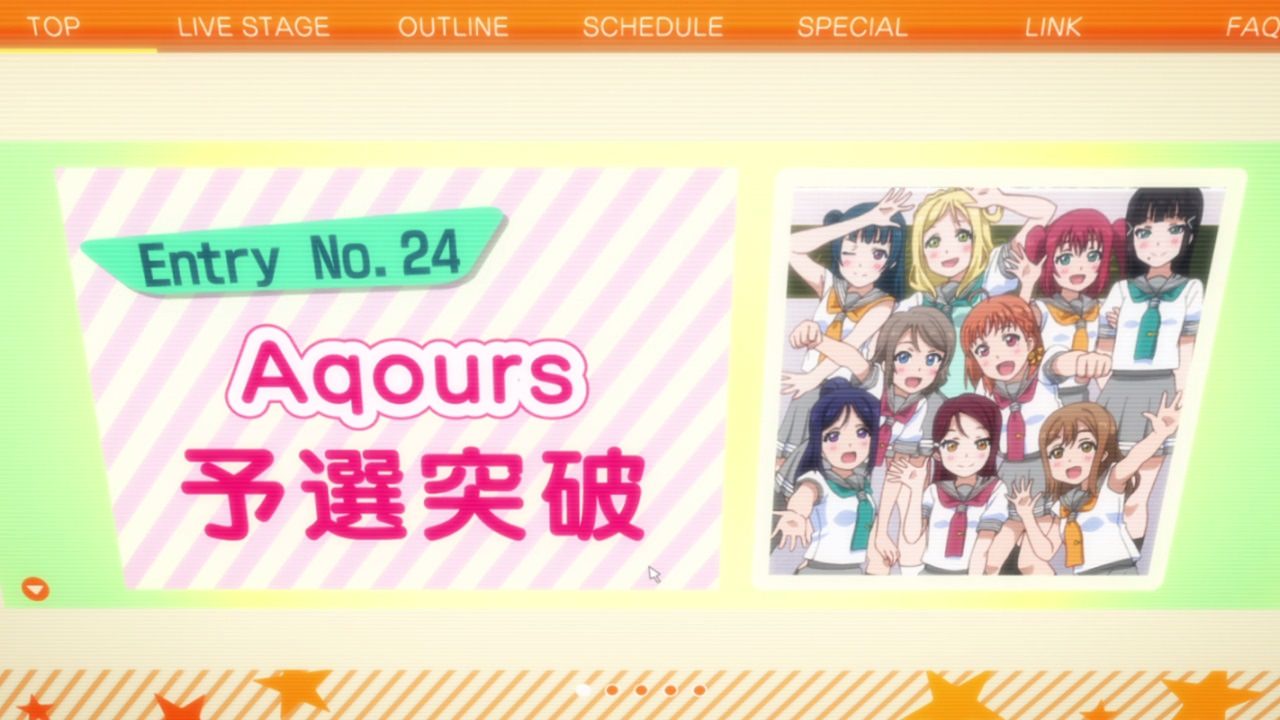 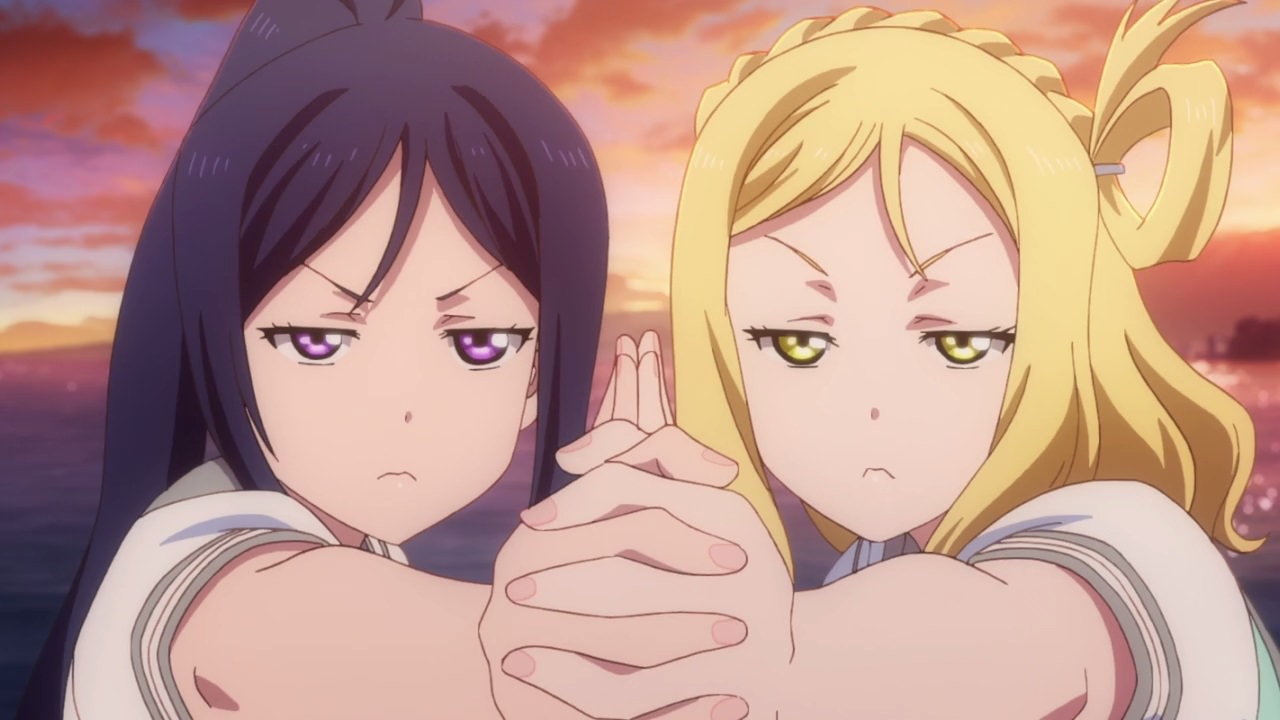 You see, this episode is all about Dia Kurosawa! No, not these two third-years Kanan Matsuura and Mari Ohara.

I mean, they got their episode in Season 1 so it’s time for the other third-year student to take the spotlight… 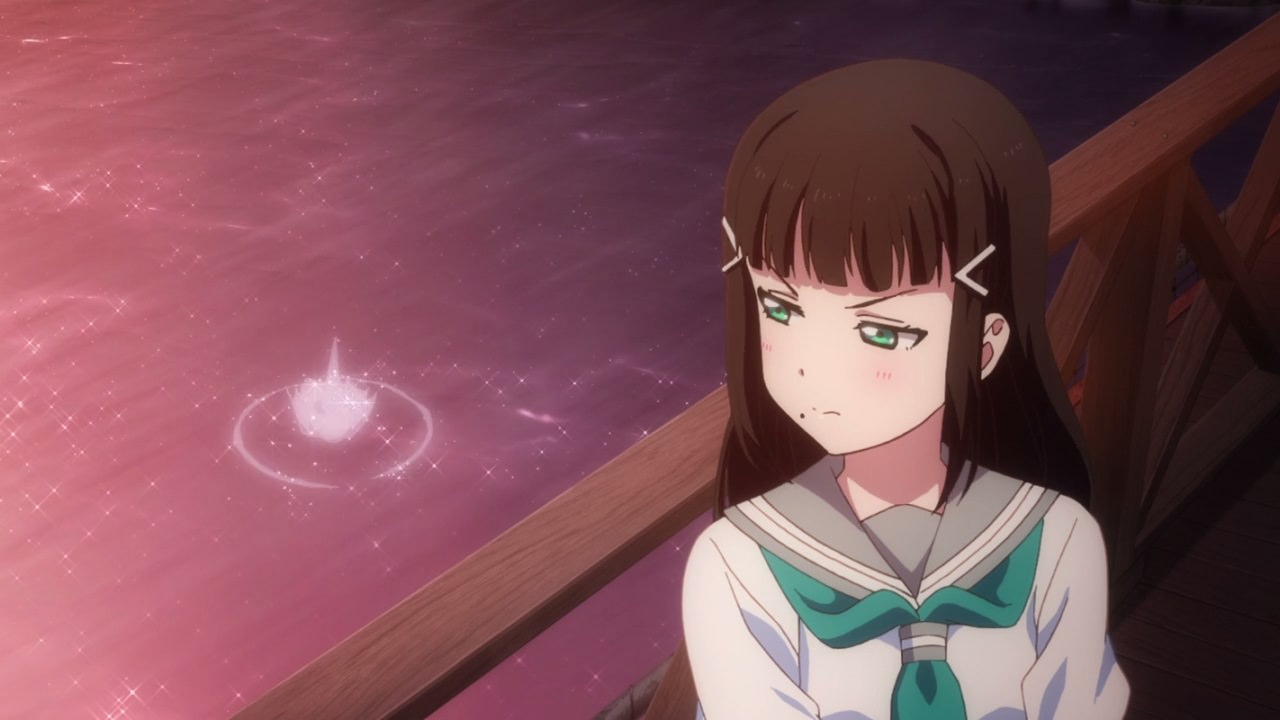 Well, turns out that Dia Kurosawa wanted her fellow idols to treat her like their companion. Heck, she wants to be called as Dia-chan instead of just Dia-san (or Dia-sama if you really revered her). 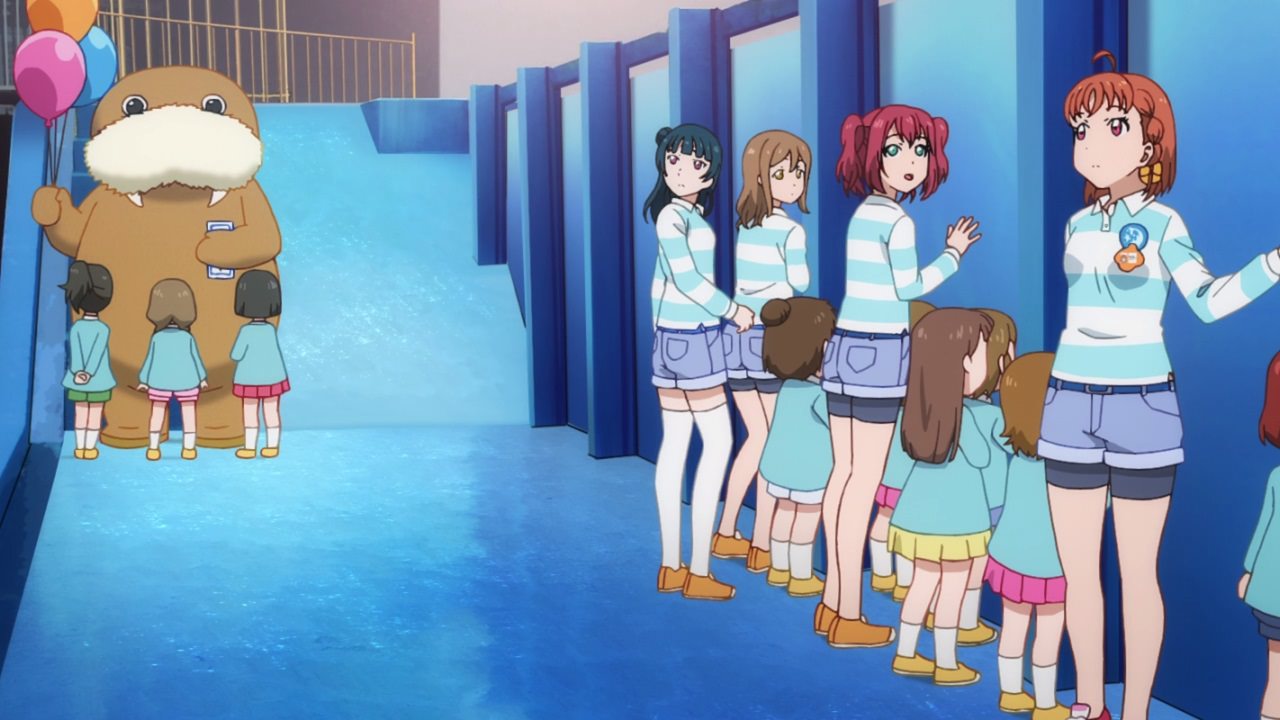 Now then, let’s move onto the next scene as Aqours went to Izu Mito Sea Paradise for a part-time job. By the way, seems that the events from Koi no Naritai Aquarium (plus the Drama CDs) are somewhat canon, most notably You Watanabe wearing the Uchicchi costume. Of course, half of the 2nd single’s PV went to You’s problem about her relationship with Chika-chan during Ep. 11 of Season 1.

But enough about Koi no Naritai Aquarium as let’s talk about Aqours as they need to earn money to take a ride towards Tokyo for the national tournament. Oh yeah, and Mari Ohara won’t ask her father to help her idol group out because she and her fellow idols will have to earn money by themselves. 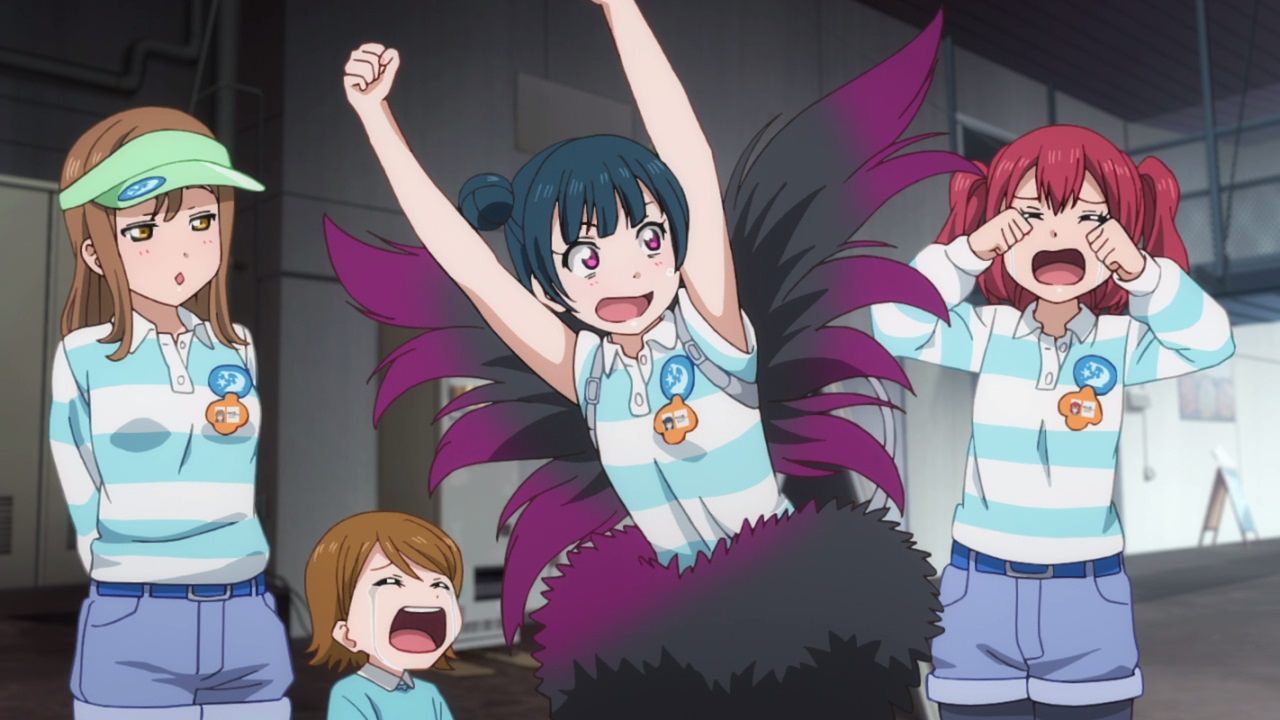 Unfortunately, things went out of hand when kindergarteners became unruly that most of them couldn’t calm them down, Yoshiko included.

C’mon, Yoshiko’s (or Yohane’s) appearance might scare the heck out of those little kids! Heck, even Ruby cried too. 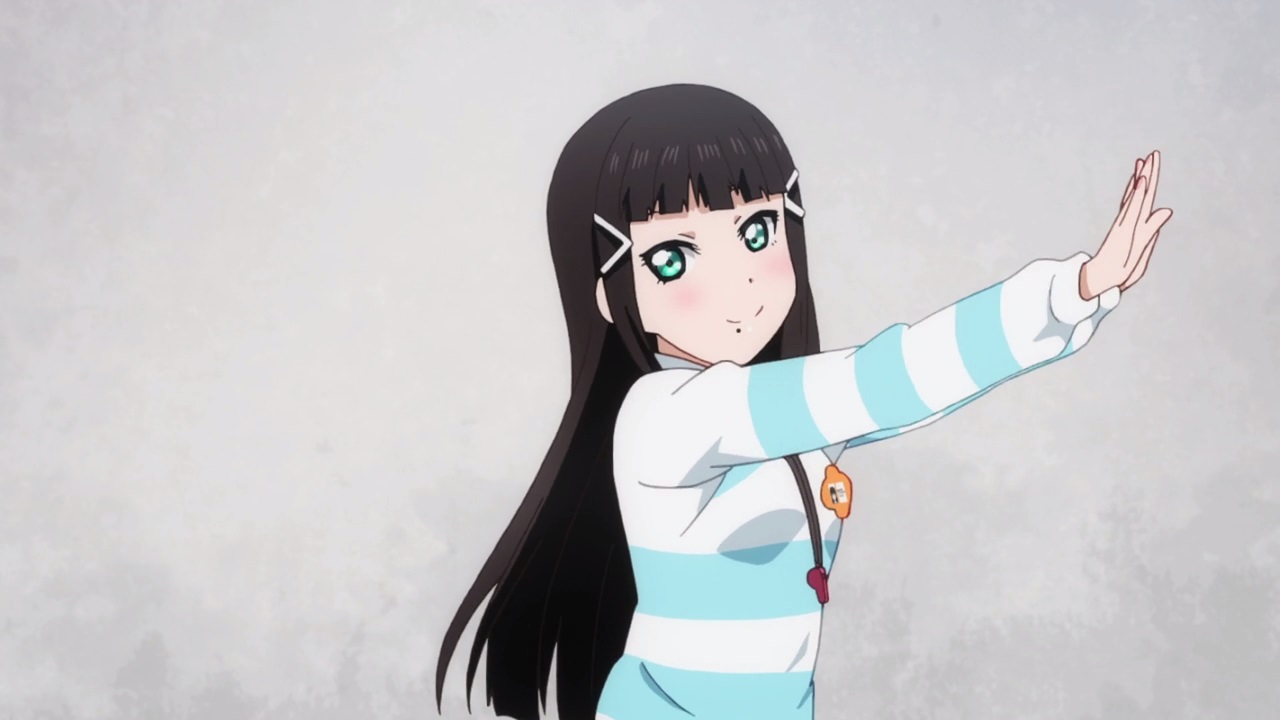 Luckily, there’s one teenage girl who’ll do a proper job of calming those kids down as Dia Kurosawa followed them to the stage where she does her hand motions.

Don’t know about those motions, but Dia-san is doing a proper job of making those kindergarteners behave. 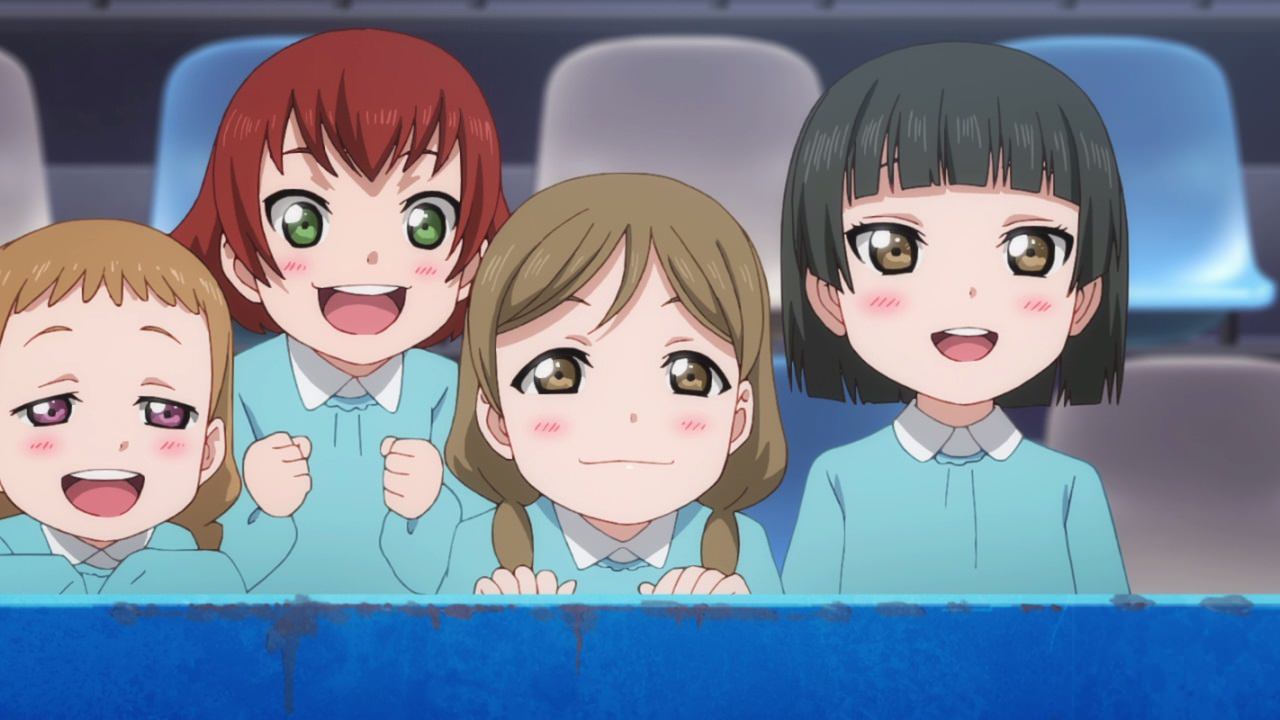 And as you can see, the kids are paying attention to Dia-san instead of being rowdy where they might hurt themselves if they got into an accident.

By the way, that girl in the far right? I would say that she’s similar to Dia Kurosawa. 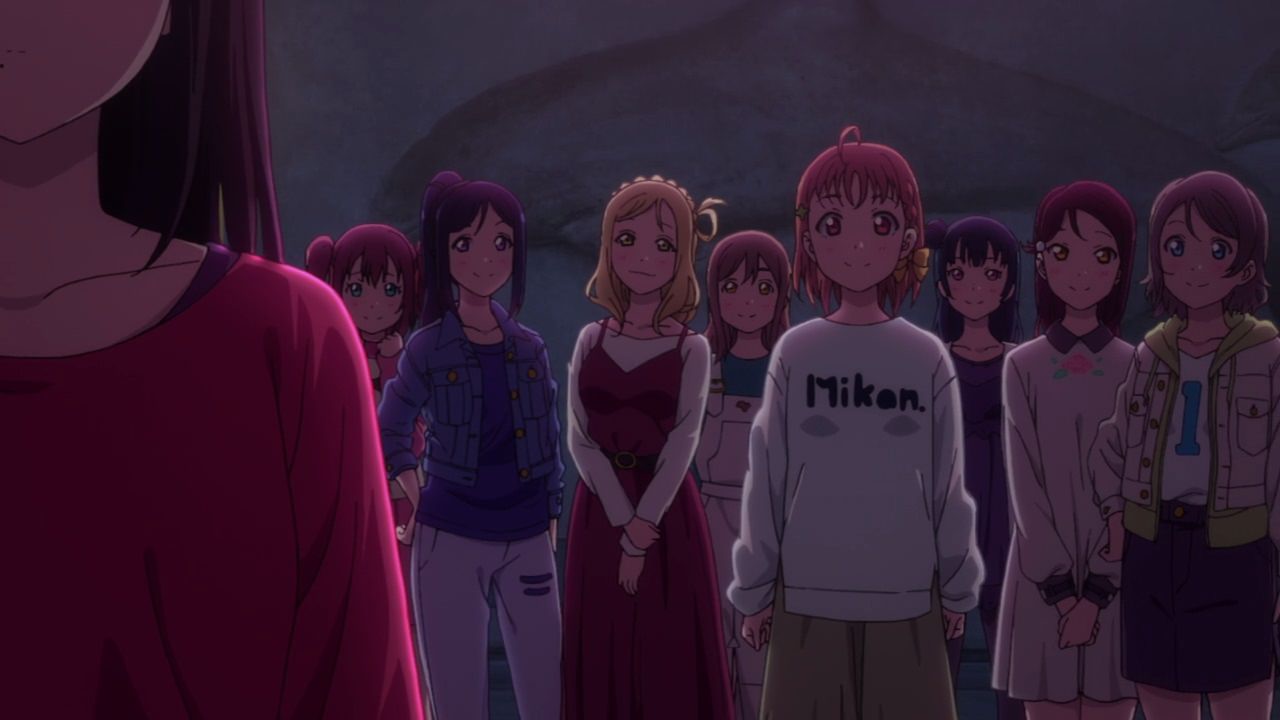 Anyways, seems that Dia Kurosawa saved the day on this episode and everyone is very impressed about her.

On the other hand, Chika Takami felt a bit distant towards Dia-san since she’s the student council president after all. So, Chika and the gang have decide to call her something akin to a companion… like Dia-chan. 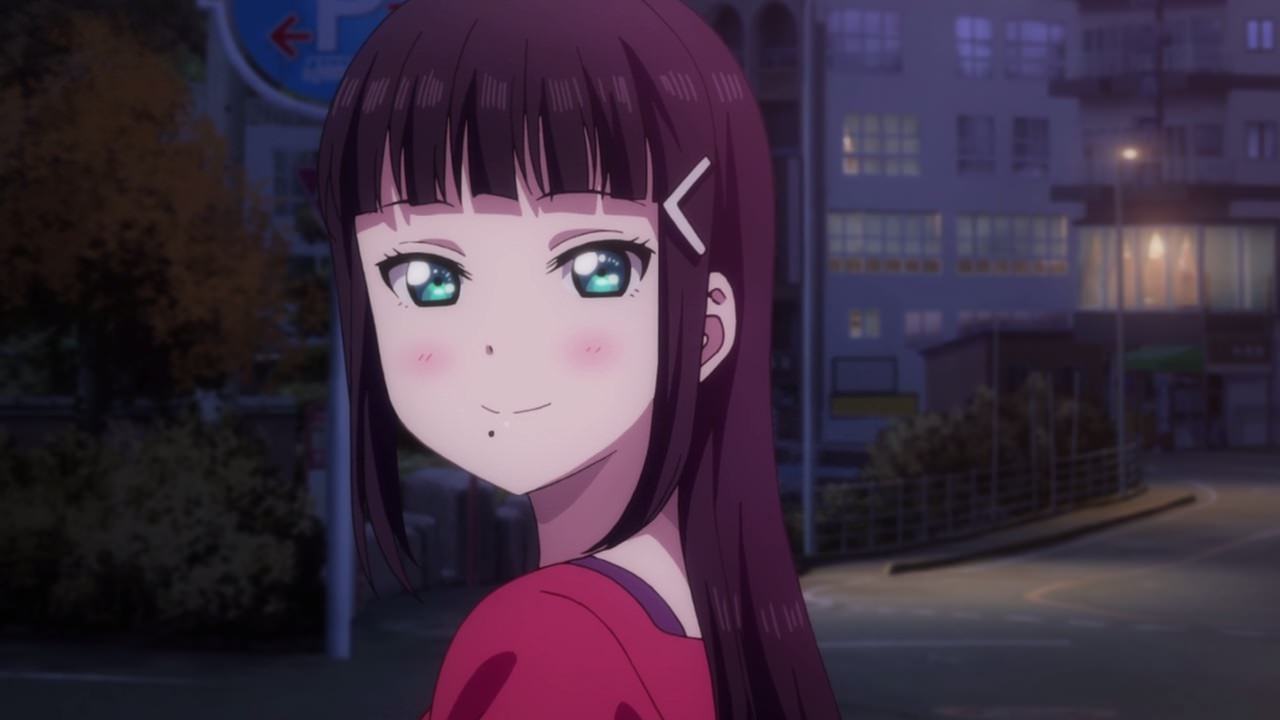 And lo and behold as Dia Kurosawa smiled upon being called as Dia-chan. Damn, I’m loving this episode now that it features Dia Kurosawa! All I can say is that I want to protect her smile.

But that’s about it for this episode and I must say that Sunrise did a great job on highlighting Dia Kurosawa and it shows that she’s not just a student council president, but also a dependable and friendly third-year student from Uranohoshi Girls’ Academy!