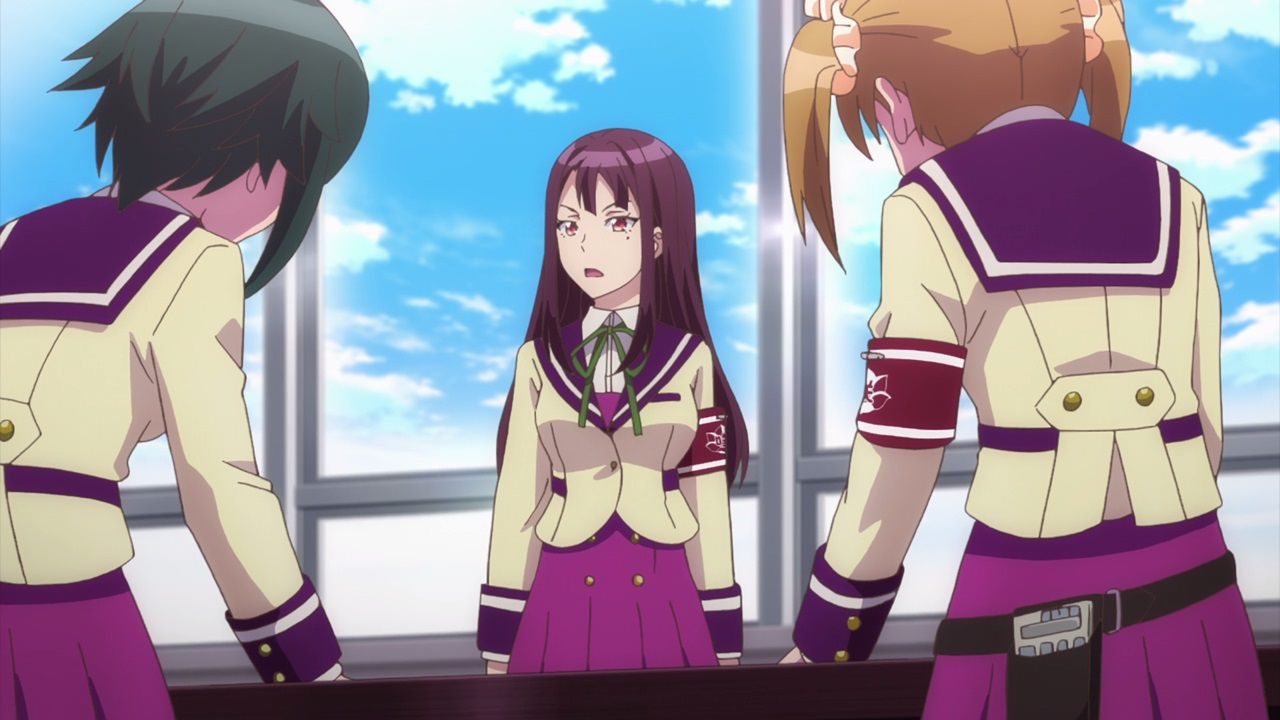 This is Sakaneko Academy’s student council, the main antagonist of Animegatari who hates anime, especially the anime research club where Tsubaki Akabane and her cronies wanted that club to be abolished.

I don’t know why Tsubaki wanted the anime club to be shut down, but would it be nice if the student council would pour their efforts on improving the lives of students instead of attempting to close one club? 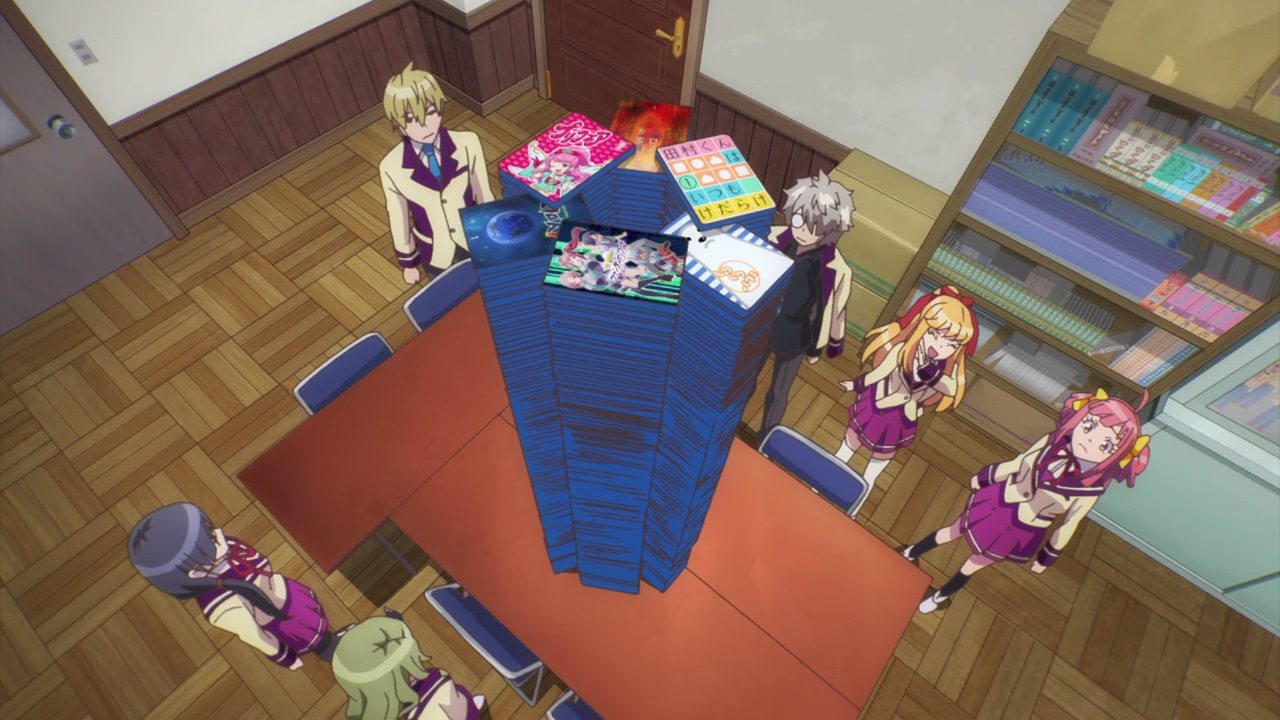 Meanwhile, the anime research club got a pile of Blu-ray discs containing popular anime titles. Oh, and it’s all bought by Arisu Kamiigusa because c’mon, she’s filthy rich and loves anime. Then again, this scene is somewhat familiar… Don’t tell me that the studio reworked the scene at the end of Ep. 3?

By the way, they discuss about the importance of production committees where various companies teamed up to promote one anime series, be it an adaptation or an original one. Of course, these production committees might screw up one show if they make drastic changes to reach lofty goals that it might not reach or throw the fans off, but that’s my opinion on that matter. Still, what’s important for an anime series to become popular is the disc sales in which it’ll make or break the show. 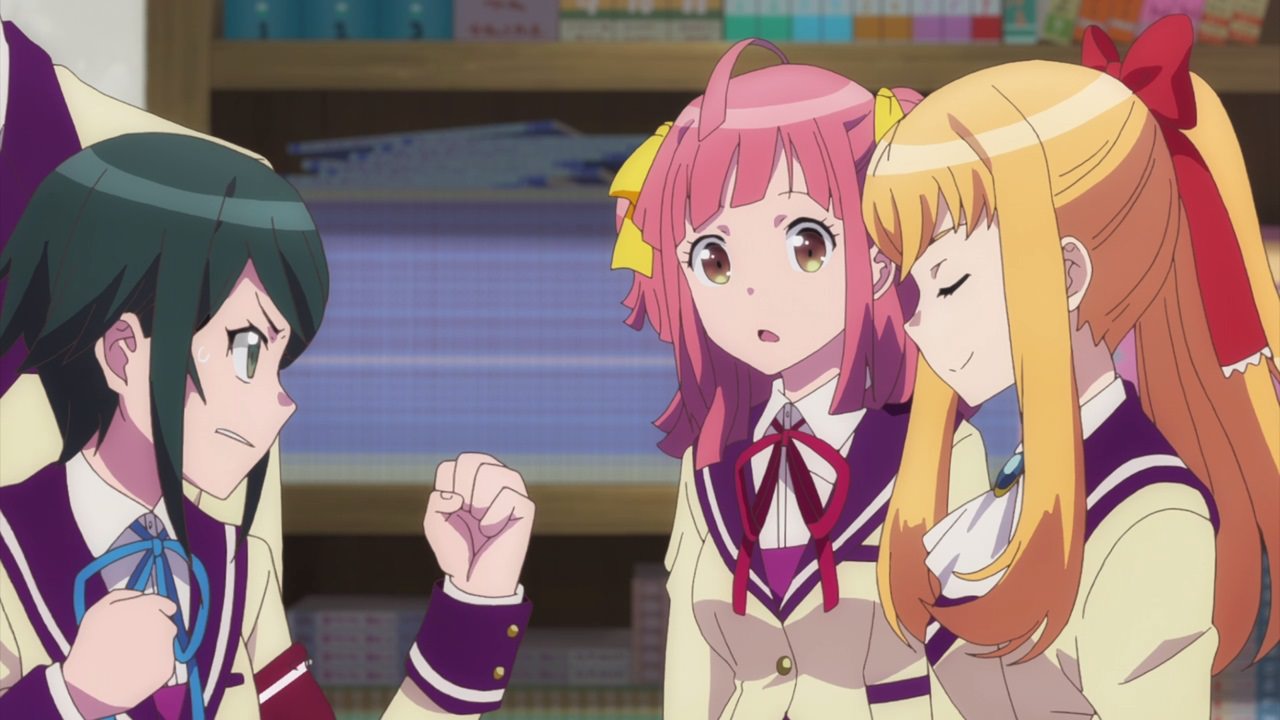 For now, Arisu’s extravagant spending has caught the attention of the student council who will use it as an excuse to abolish the club.

Then again, it’s not like the club has used most of the school’s fund as Arisu-chan bought it with her own money. Still, Tsubaki and her cronies are stubborn that they’ll destroy the anime research club by legal means. Not like they’ll do it illegally anyway! 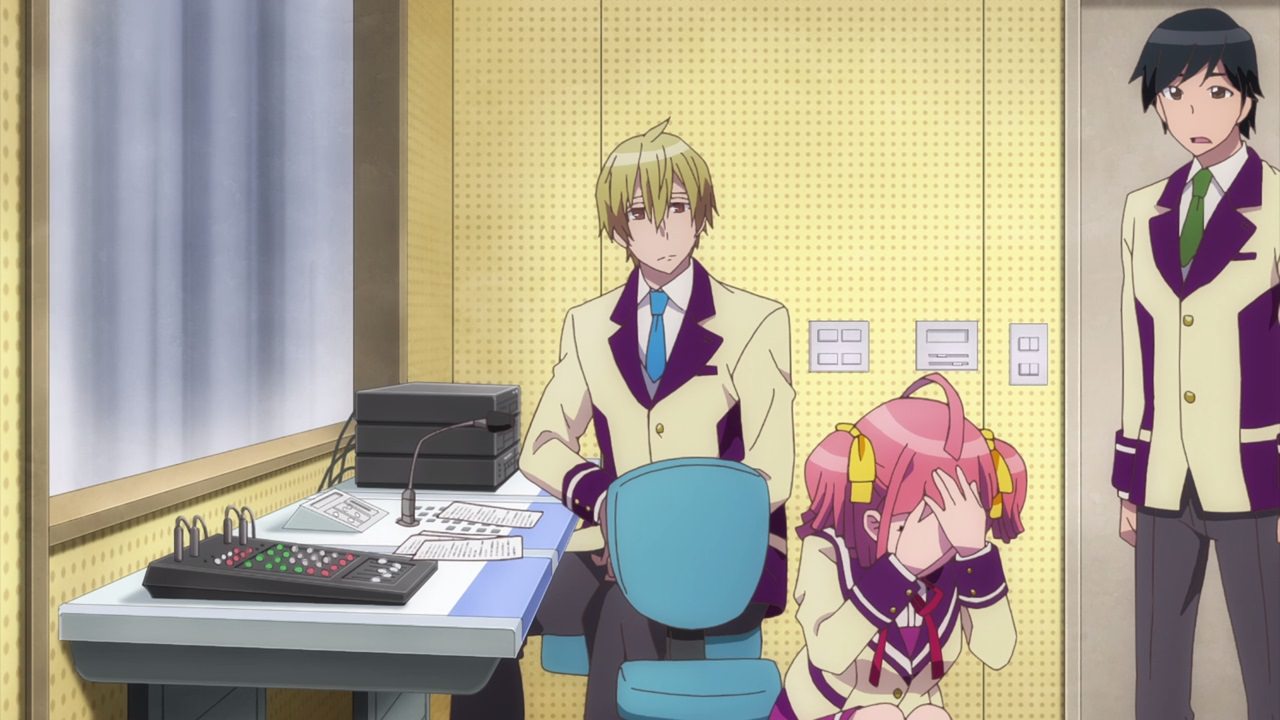 Of course, Minoa Asagaya and her friends won’t give up on saving the club from closure as they do odd job from various clubs in Sakaneko.

Most of them failed to help other clubs… except for the drama club in which they asked the anime club to make some costumes for them. But hey, at least Minoa and the rest of the anime research club got something to prove instead of giving up on helping other clubs. 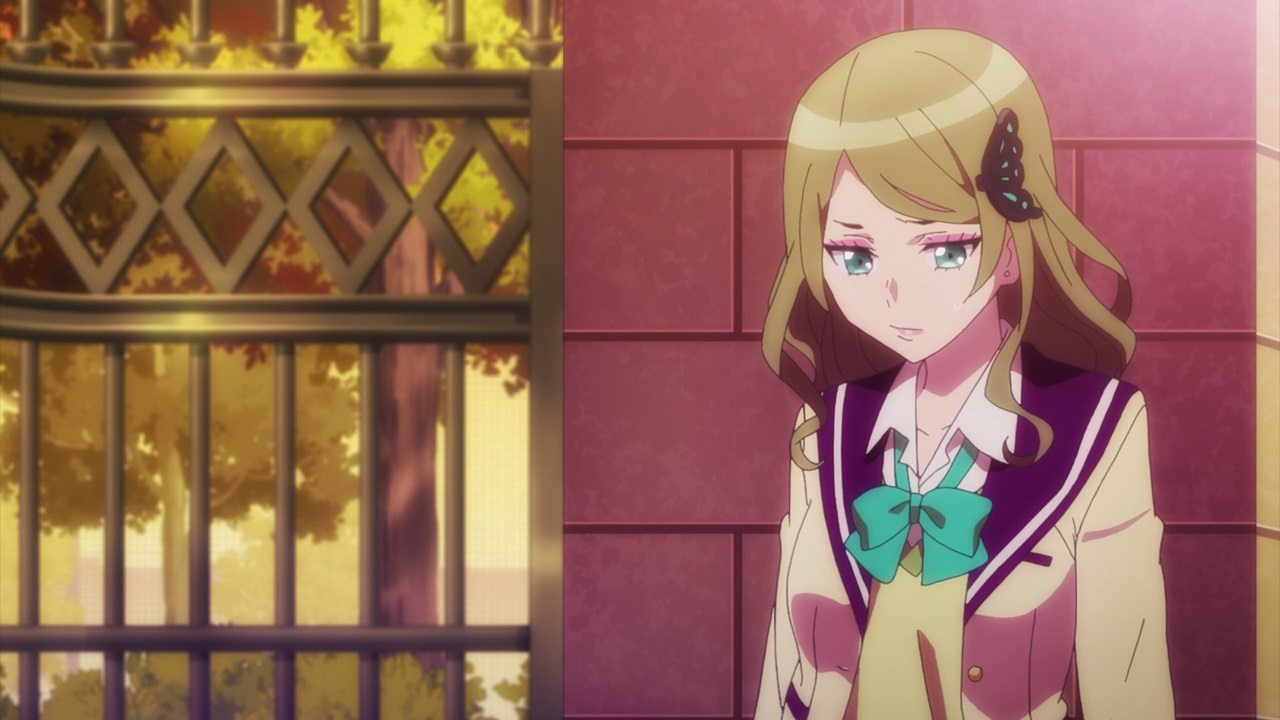 On the other hand, looks like this episode will focus on Erika Aoyama as while she accepted on doing the costume designs, seems that Erika-sempai is having a dilemma as she remembers her time in the United States.

Basically, she’s a lonely girl until Erika discovered anime in which she changed her life… 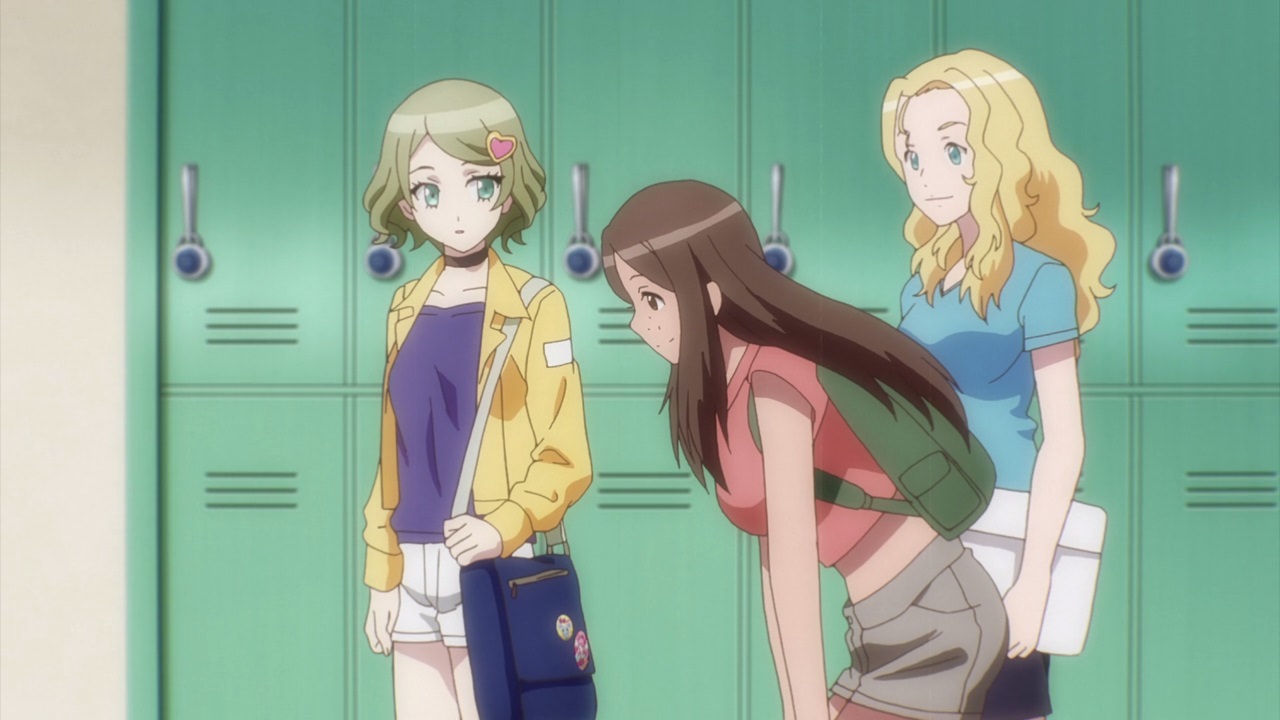 So when Aoyama went to America, she got some friends who are interested in anime. I have to say, the power of anime is strong that Erika got buddies who are anime fans! 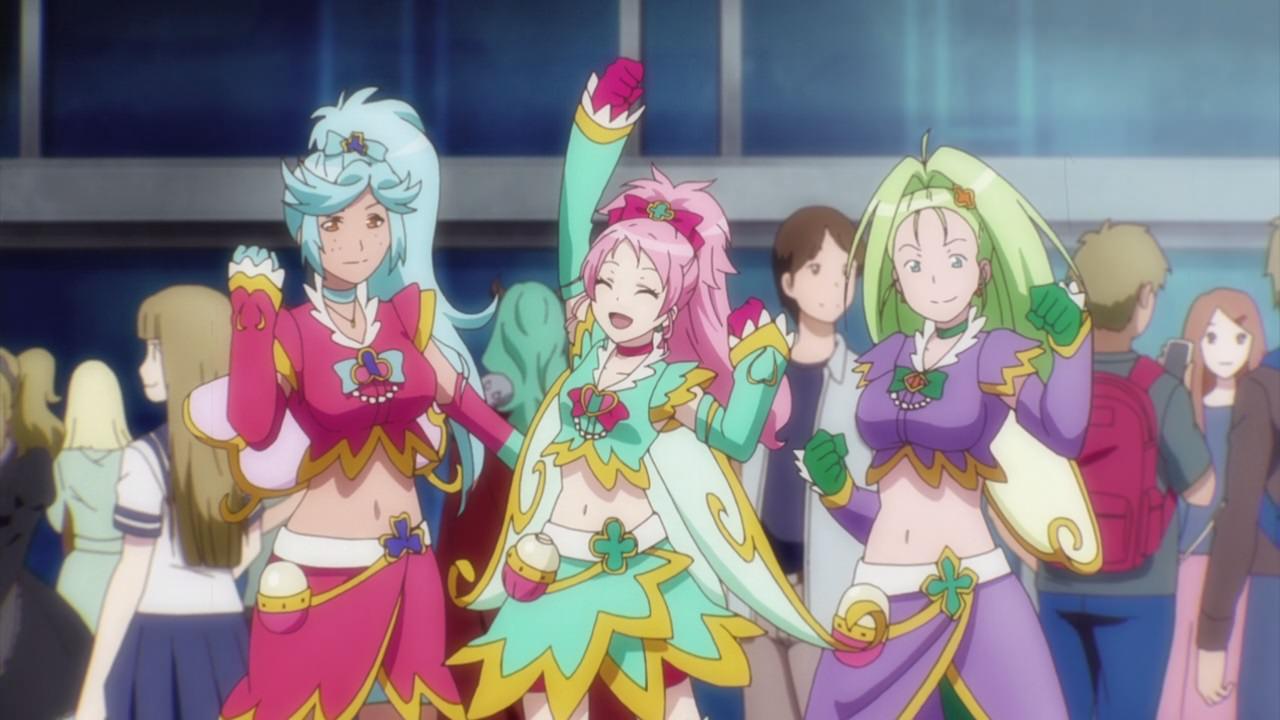 With that said, Erika Aoyama had a good time in the United States now that she has anime buddies there.

But now that she returned to Japan, Erika will have to save the club from closure. Of course, making costumes by herself is very hard. 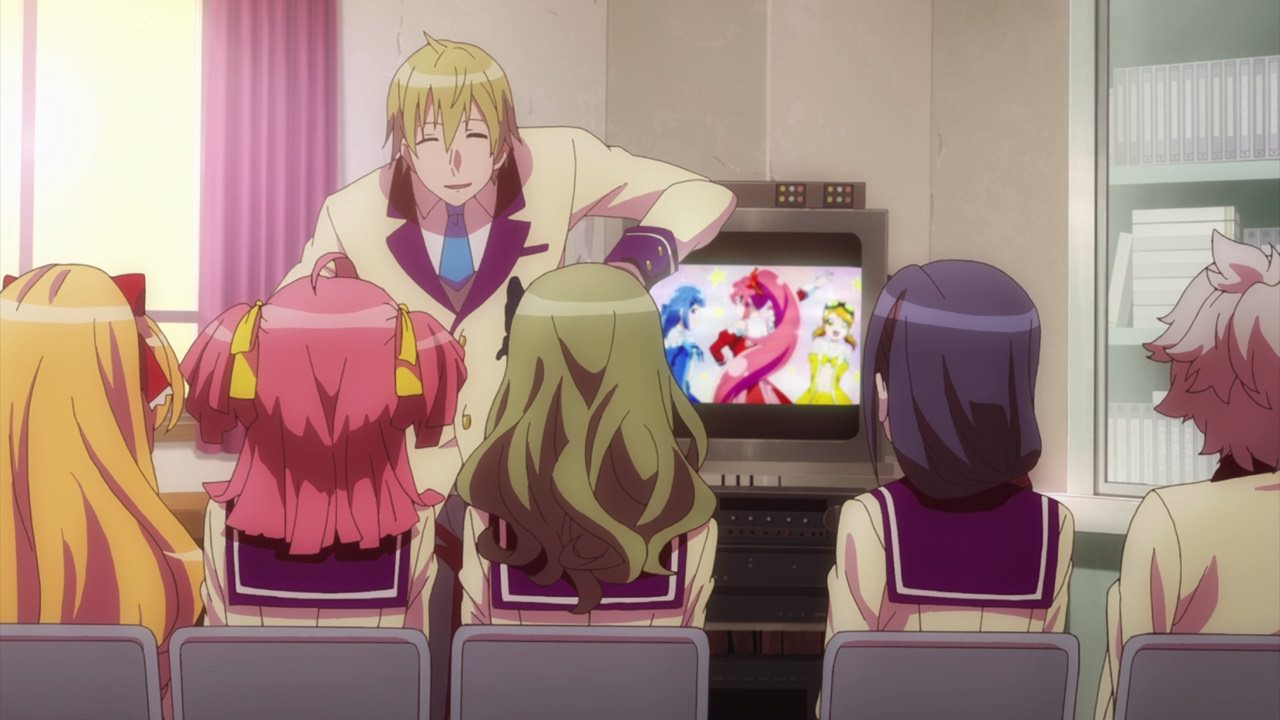 That’s until Kouki Nakano showed an episode of Dub Tone where the students of Onotokisaka Girls’ Academy worked together to create costumes… by cutting down trees to make a factory to create fabric for the costumes.

Sure that it’s sounds crazy (even though Love Live! didn’t do such a thing), what Nakano pointed out that cooperation is important in order to succeed. 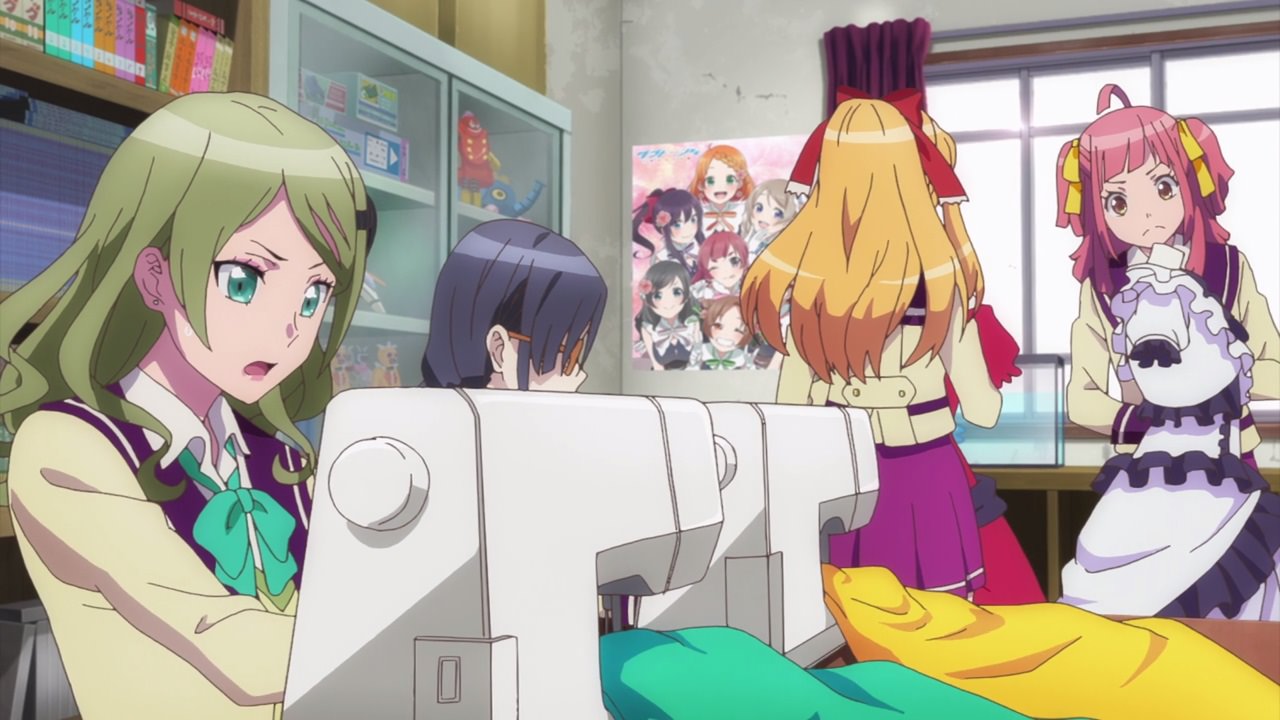 And so, Minoa Asagaya, Arisu Kamiigusa, and the rest of the anime research club helped Erika Aoyama on finishing the costumes for the upcoming new students’ welcome party. 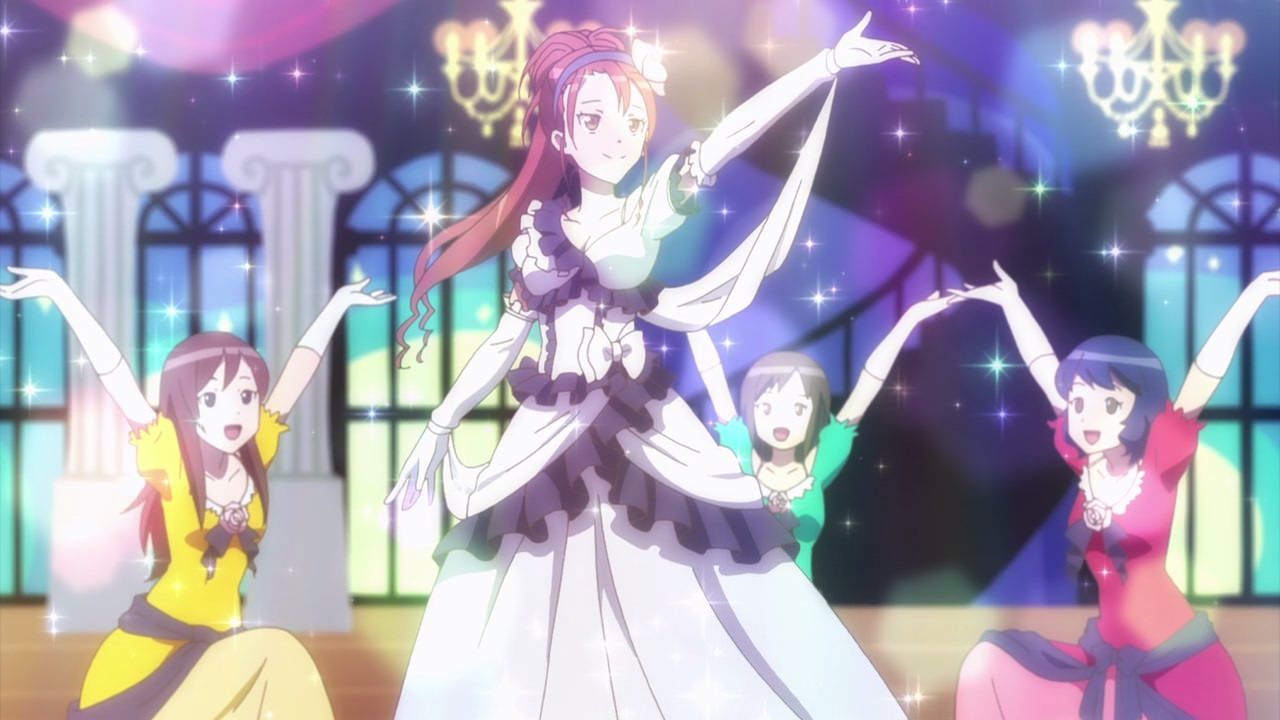 Eventually, they managed to complete the costumes for the drama club. Well, Minoa and the rest have barely finished it in time. 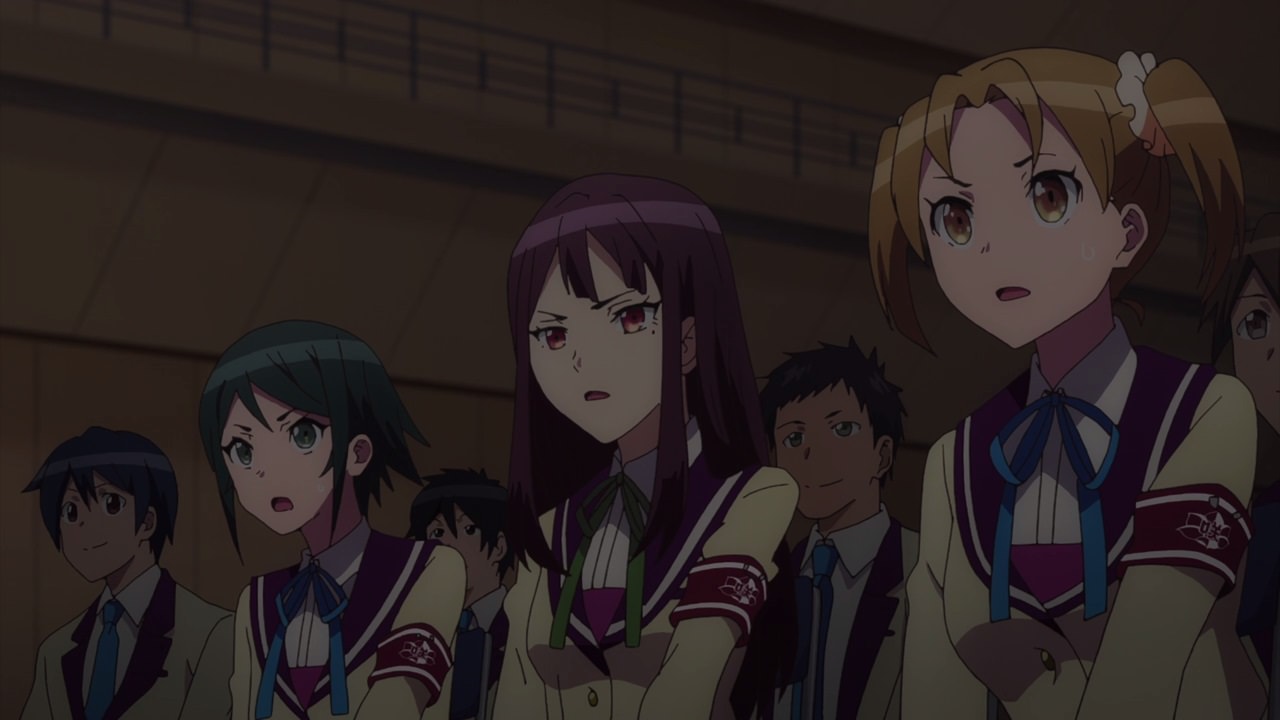 But hey, at least the student council got stunned when the anime research club knocked their socks off over the drama club’s costume design. 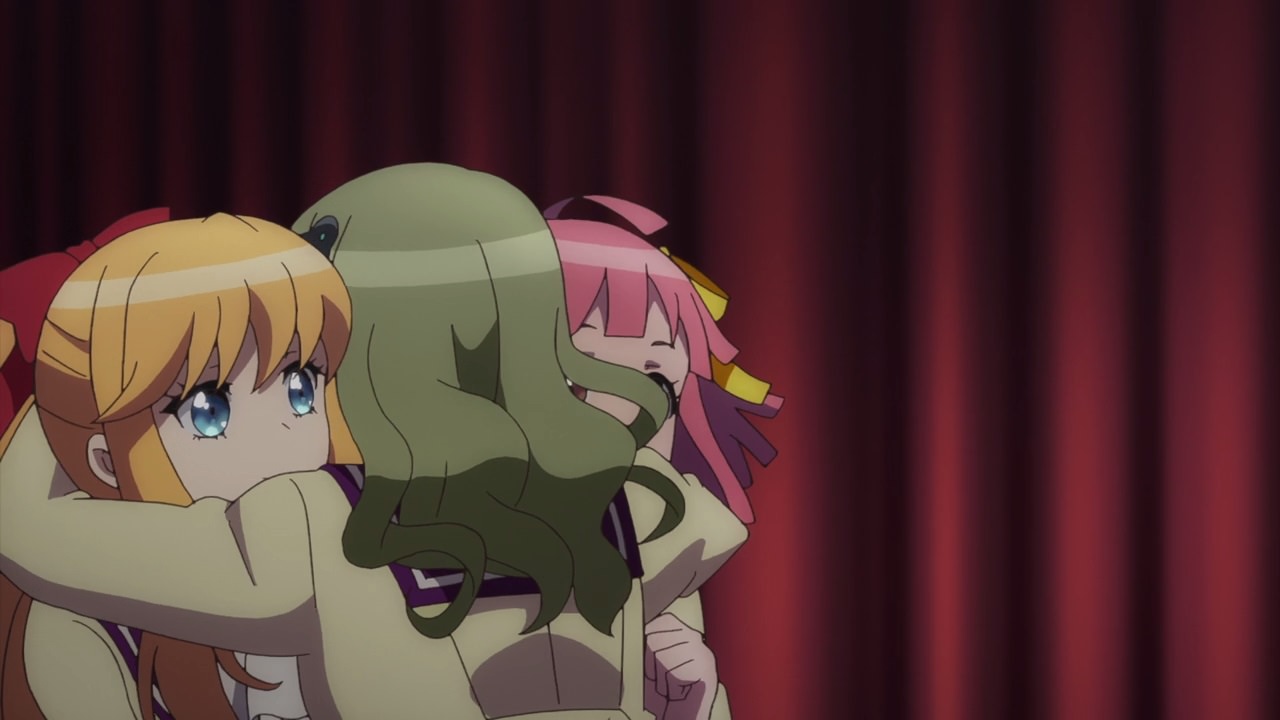 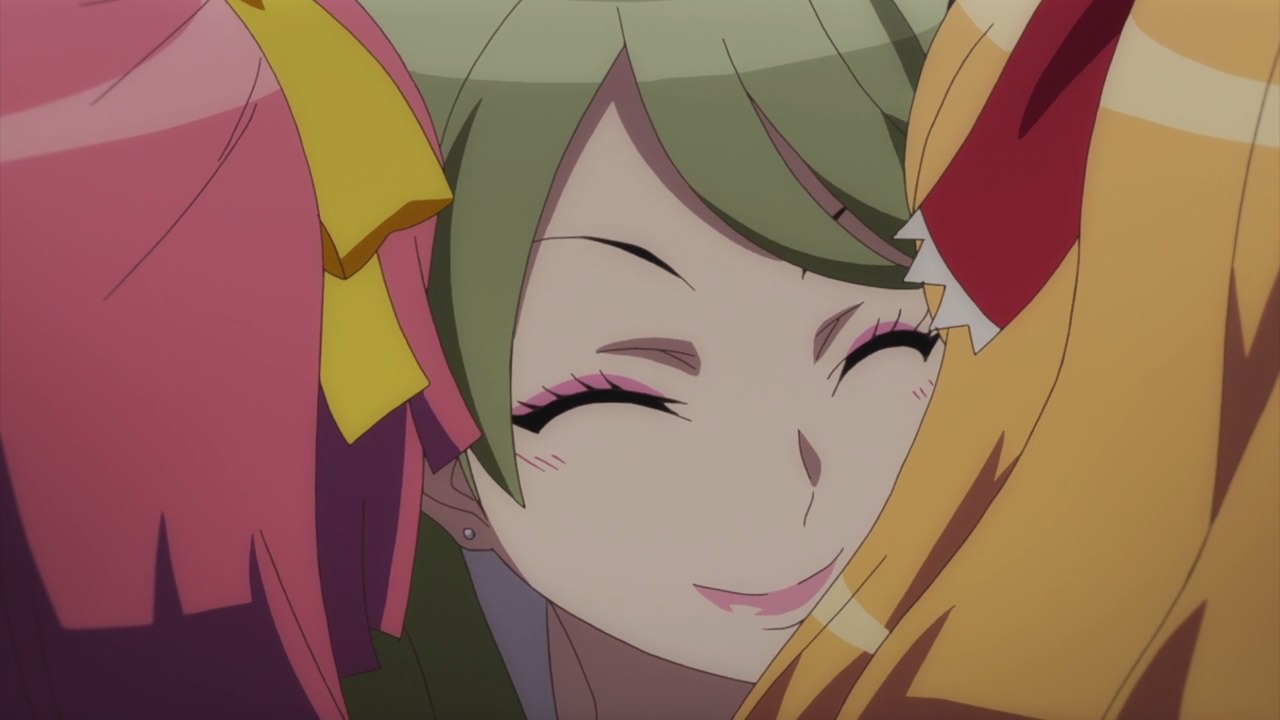 Anyways, looks like the anime research club have managed to save the drama club as Erika Aoyama thanked Minoa and the rest of the club on helping her.

See, the power of anime can bring people together for a common goal! 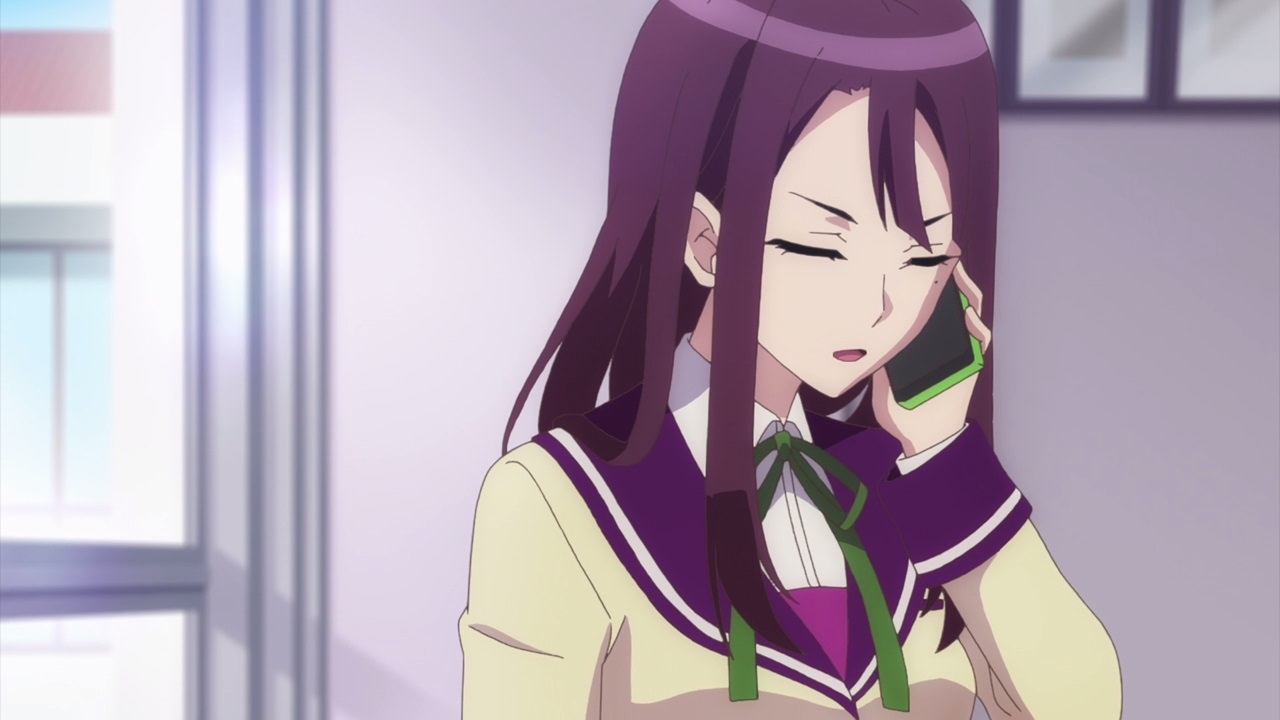 As for the student council, they won’t give up on shutting down the anime research club no matter what. On the other hand, seems that Tsubaki Akabane is talking to someone over the phone. Could it be the true final boss?

Then again, I think we’re getting serious in Animegataris as I’ll see you next time. Oh wait, I’m curious to see who’s pulling the strings on shutting the anime club down!