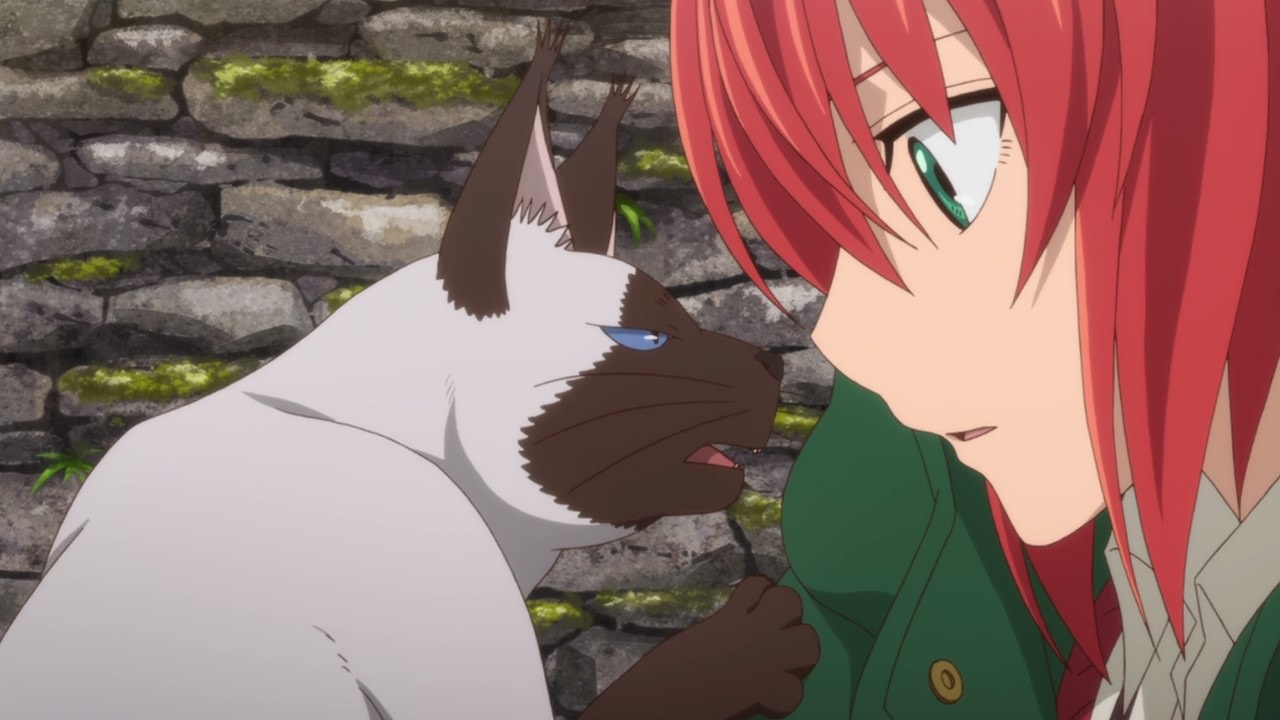 So after the events of the previous episode, it’s time for Elias Ainsworth and Chise Hatori to visit Ulthar where it’s home to various talking cats.

And by the way, remember about a phrase that “cats have nine lives”? Well, it’s true for the majority of cats residing at Ulthar. 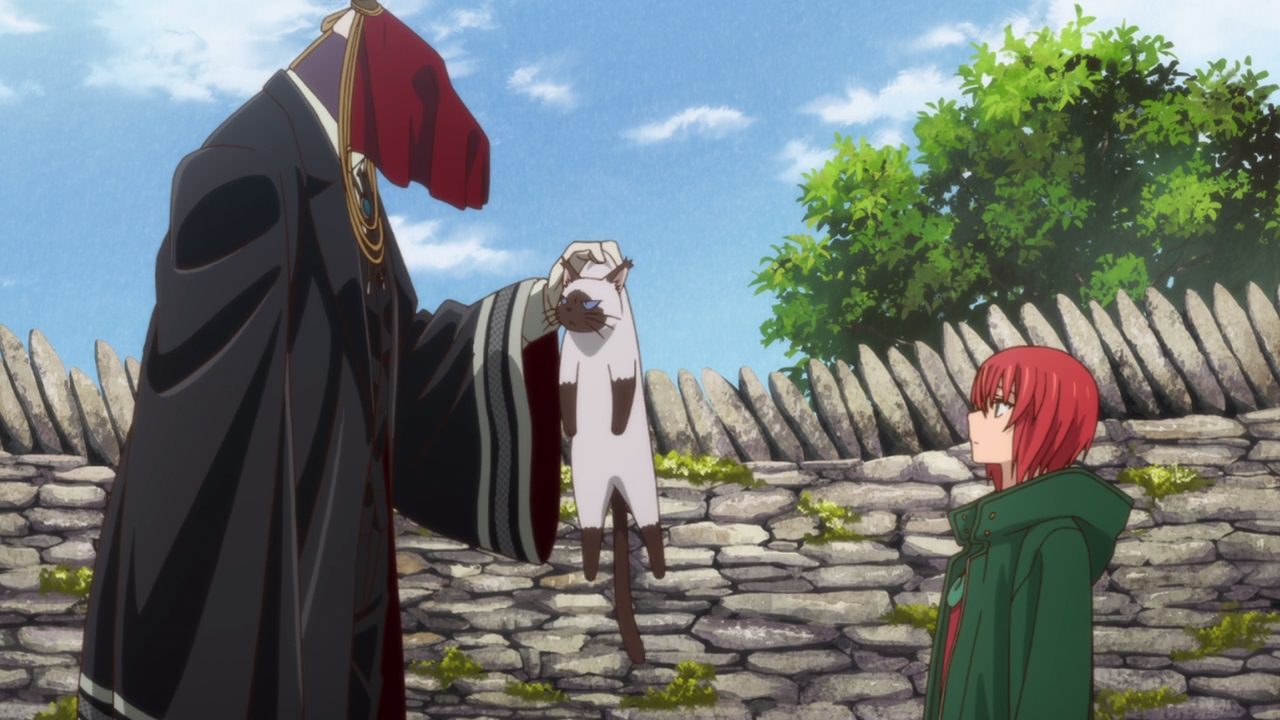 With that said, both Elias and Chise went to Ulthar to investigate a disturbance within the area and most of the cats felt sick of it.

Well, that’s because the cats are being abused before due to their nature of having nine lives. Fortunately, the king of cats rallied his fellow felines to defeat one man who’s responsible for slaughtering their kind. 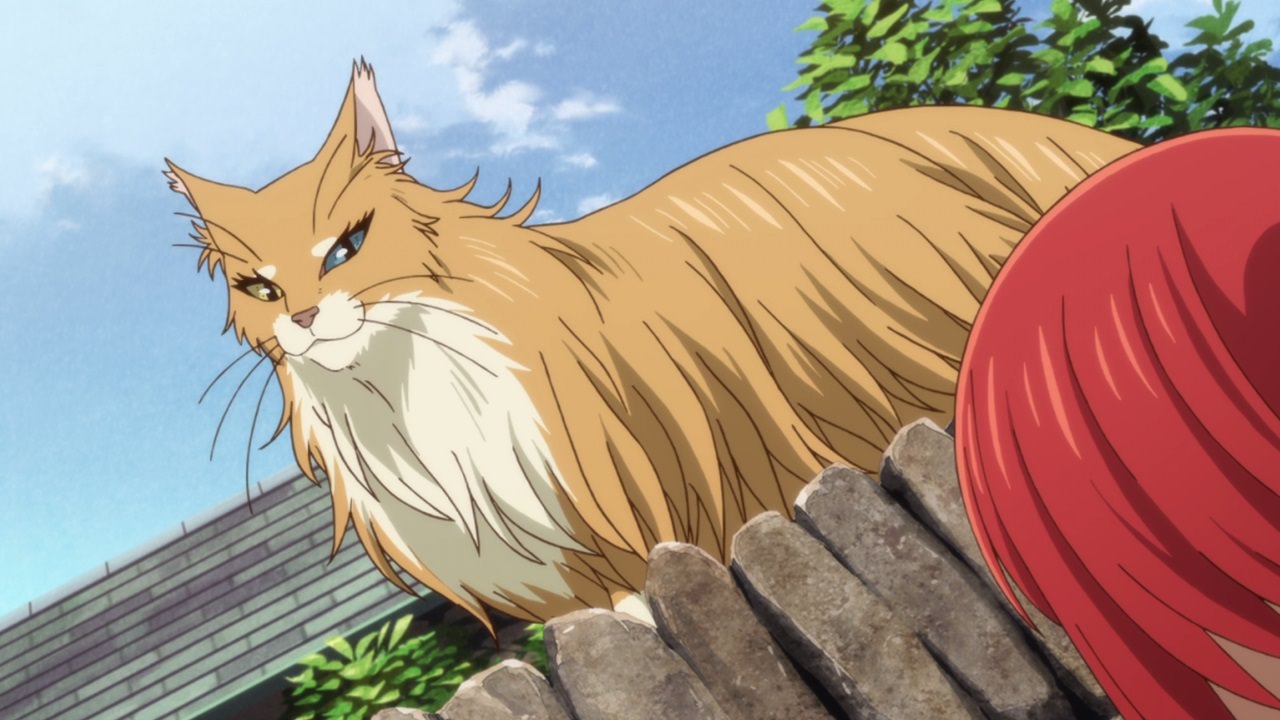 Of course, the original king have passed away so I would like to introduce you to Molly, the current king (or queen) of cats where she’ll show Chise on where that disturbance came from. 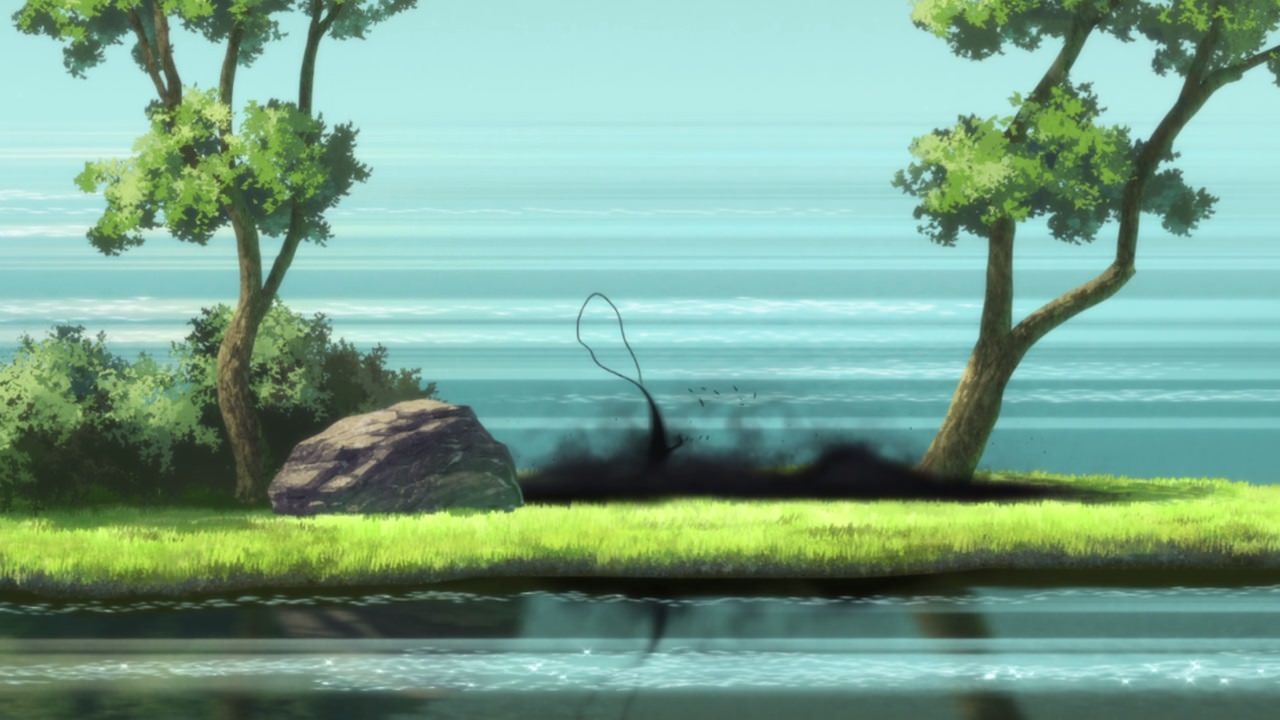 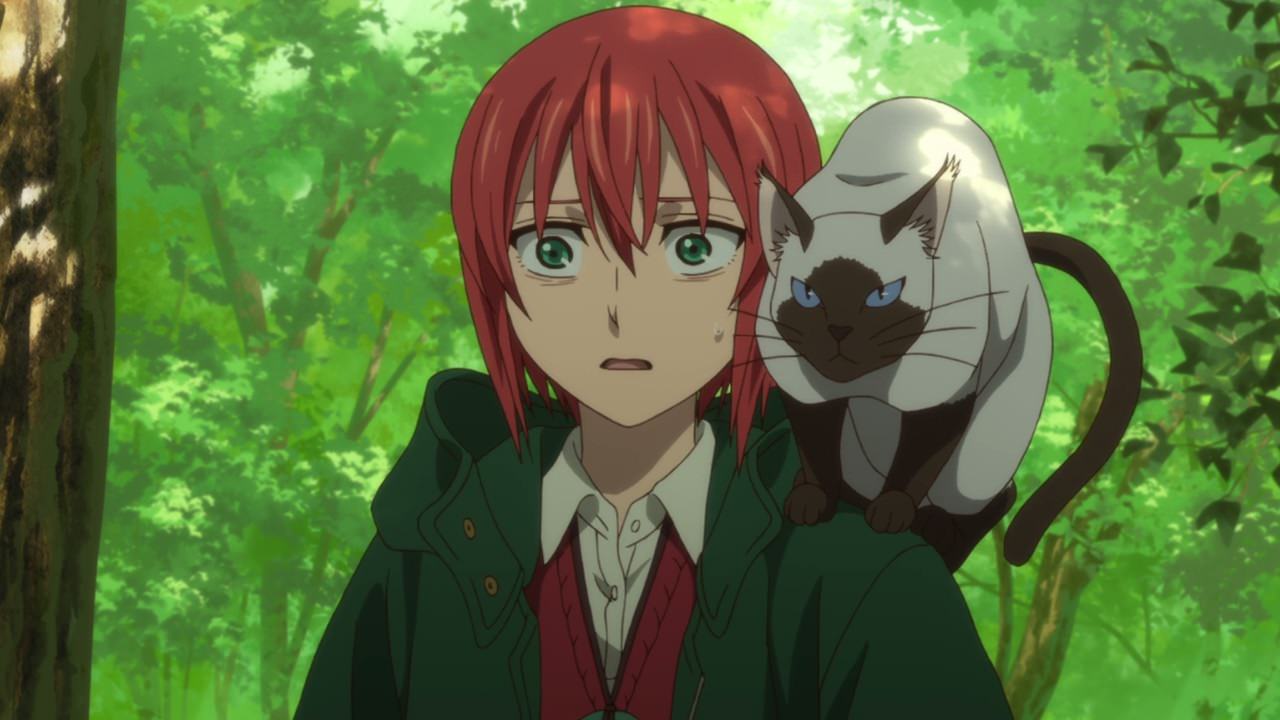 And here’s the location of it as Barney pointed out to Chise that this black goo houses the corruption of human beings, most notably that it contains the remains of a man who killed cats.

While this disturbance is currently isolated, seems that Molly and her feline compatriots couldn’t contain it much long so they asked Elias and Chise for help. 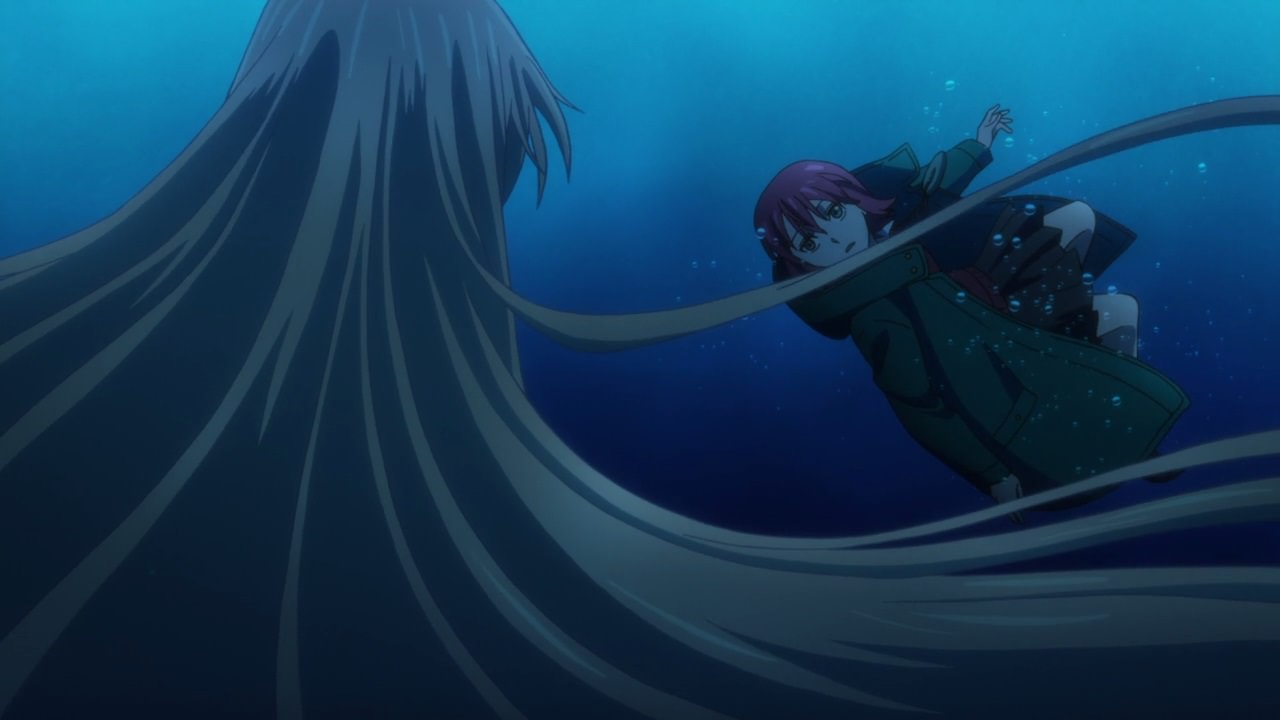 Meanwhile, Chise Hatori got dragged by this corrupted goo as she saw a woman being surrounded by it. 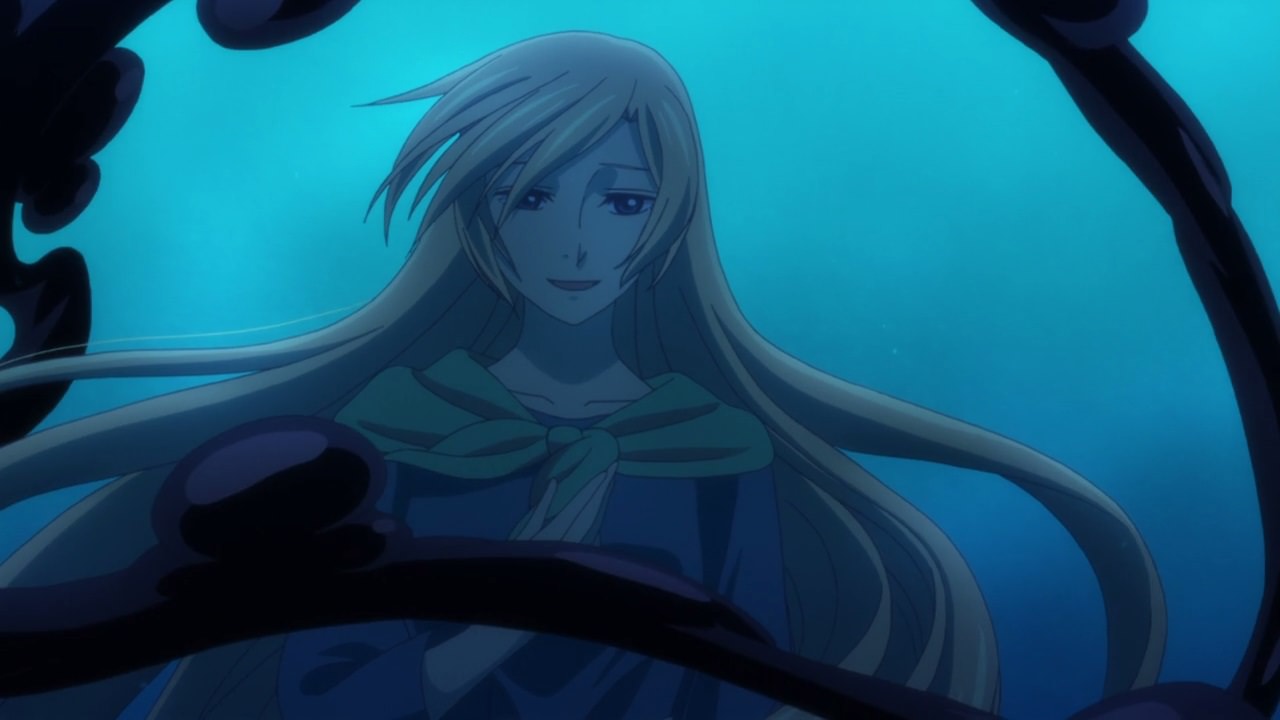 This is Mina as she explained to Chise that she’s the core of the corruption. The reason why she became the core is because Mina is very sick that her husband Matthew murder cats so that she may lived.

Of course, it didn’t work in the end as Mina died soon after, making Matthew’s efforts in vain as he got killed by a horde of cats later down the line. With that said, Mina told Chise to kill her off along with the remains of her dear husband. 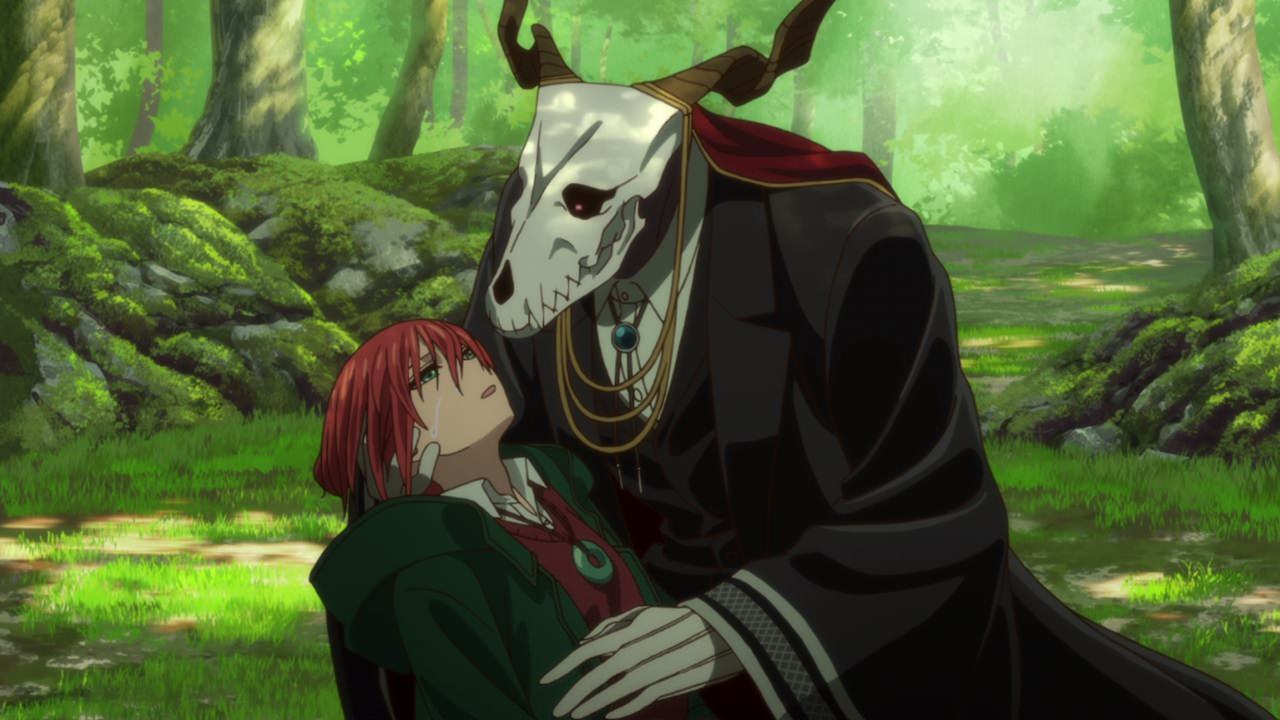 But first, Elias Ainsworth will have to rescue his future wife from being drowned. While Chise Hatori is okay, seems that she’s conflicted on whether to end Mina’s life or not.

Still, the manifestation of Matthew’s corrupted soul will have to be destroyed along with its core, but Elias couldn’t do it because he’s an affinity with darkness. 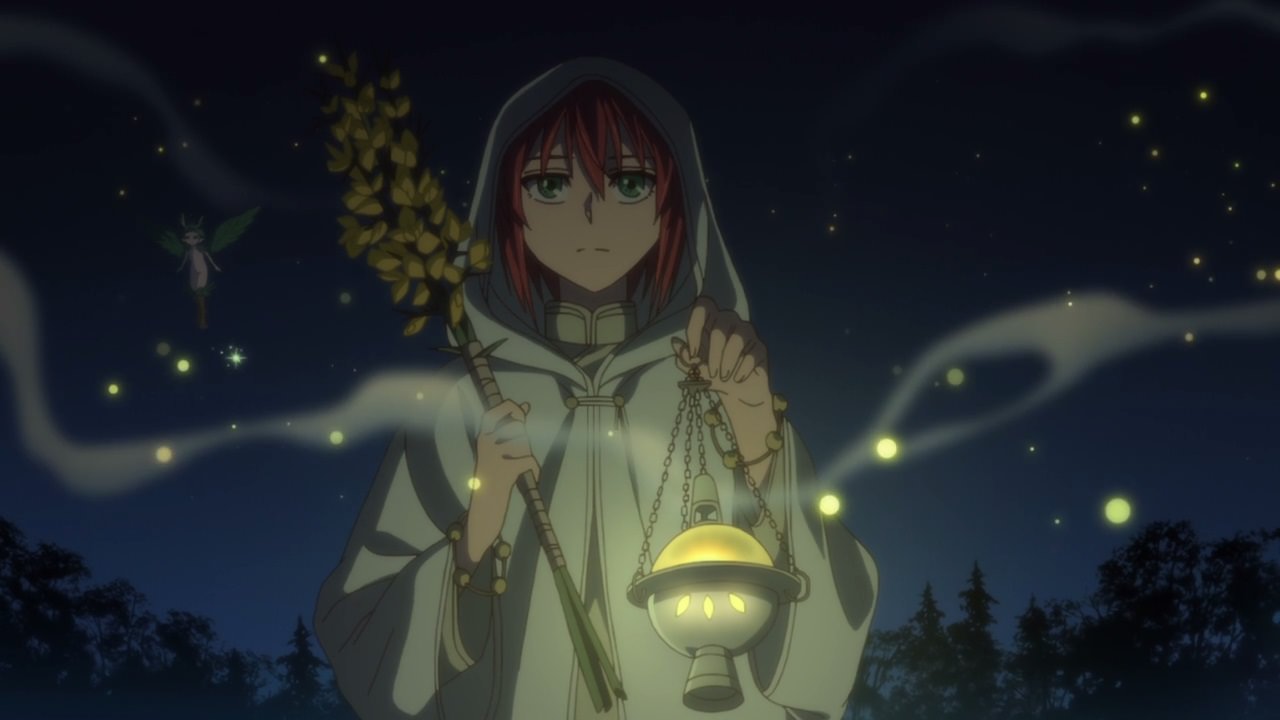 So, he entrusts Chise to do the task of purifying it so that the cats and a few humans living in Ulthar will be safe.

Accompanied with an ariel and wearing a special robe and other equipment, Chise Hatori proceeds to cleanse Matthew’s soul… 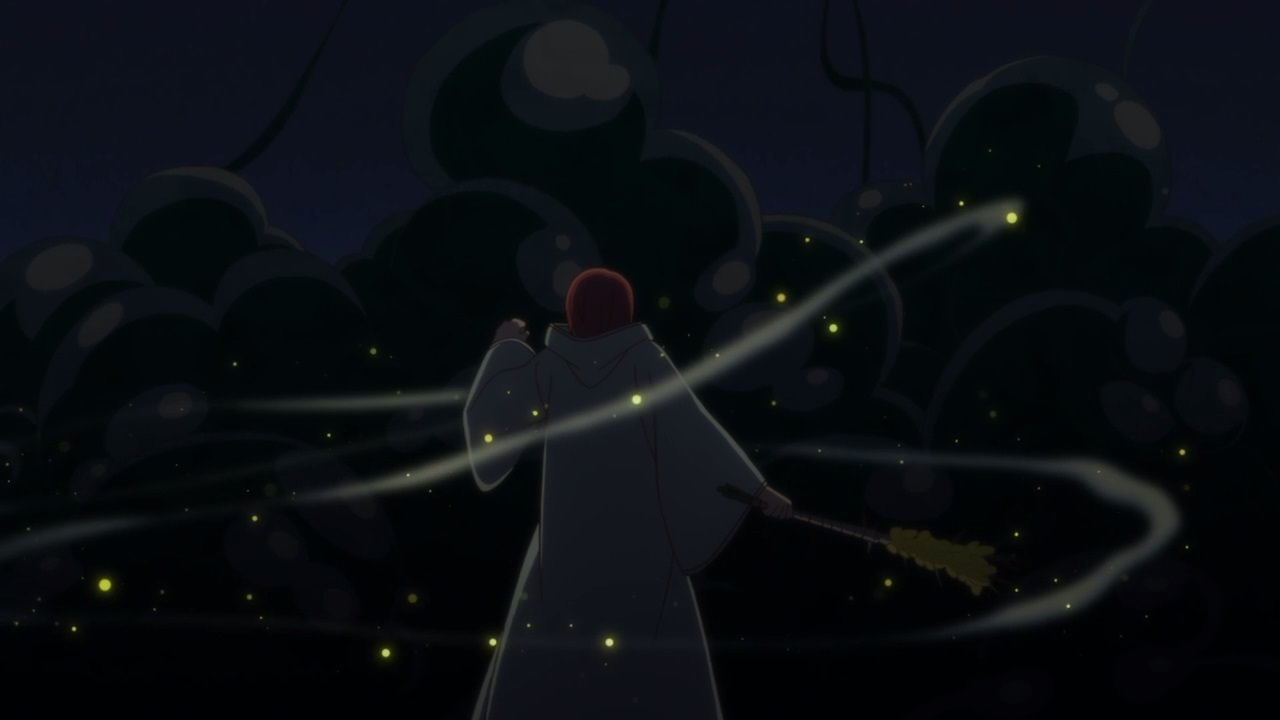 …as she approaches it inch by inch. Although I have a feeling that she’ll screw up because Chise is still a novice, but I feel that she’ll do fine as Elias Ainsworth and his allies are backing her up. 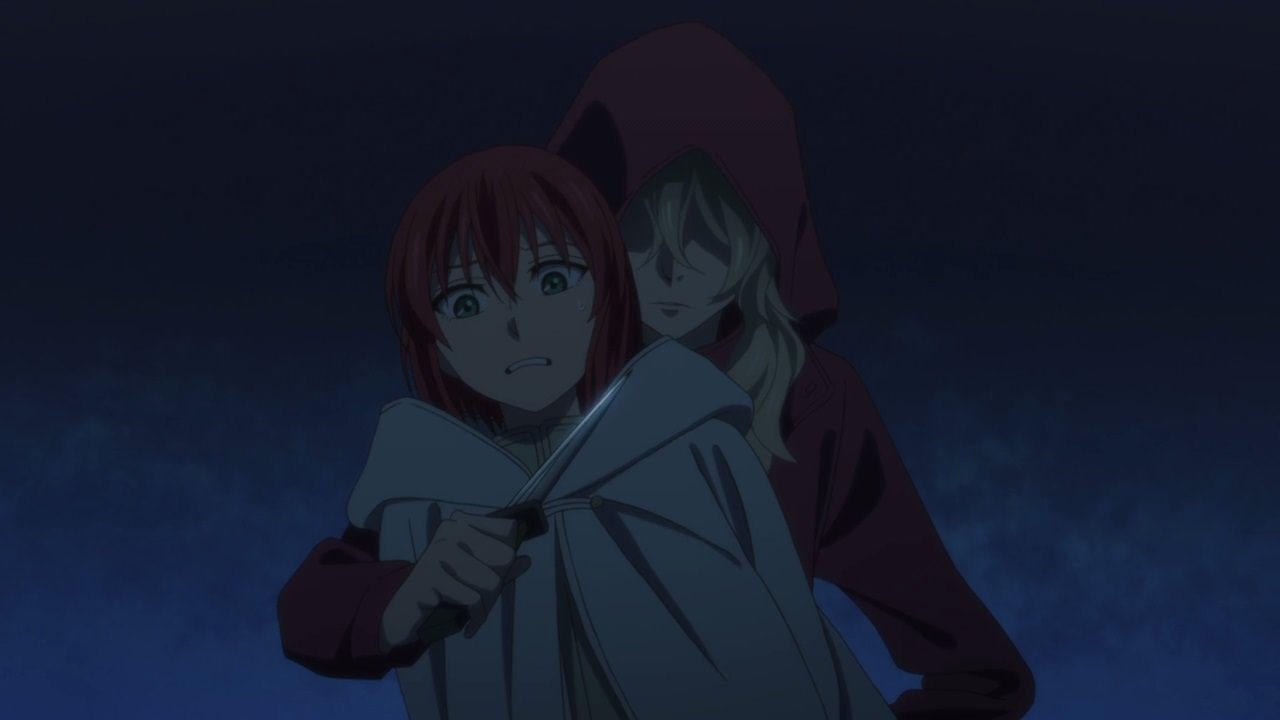 Unfortunately, the cleansing ritual was interrupted when someone grabbed Chise at knife point. Oh boy, Chise Hatori can’t catch a break! Then again, being a Sleigh Beggy is very detrimental for this girl.

Anyways, I wonder who is this young fella who’s threatening Chise Hatori and who is she working for? We’ll find that out on the next episode!