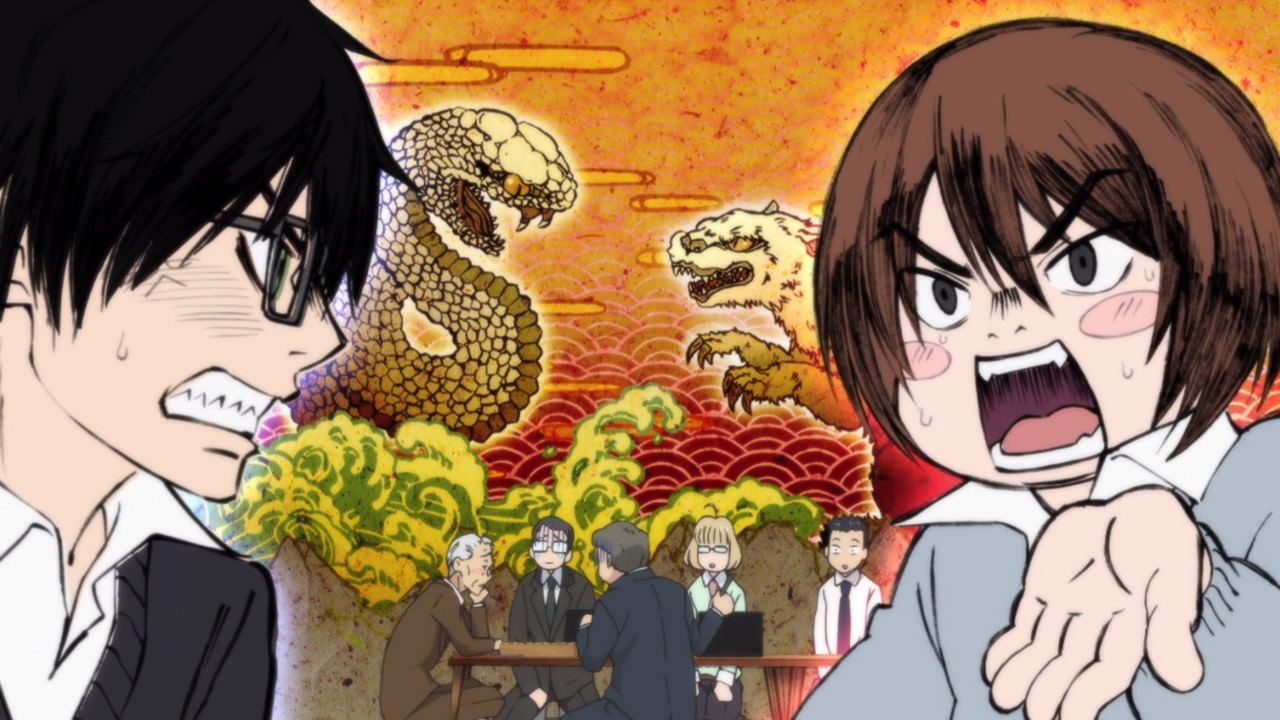 Well, things are starting to get noisy as both Rei Kiriyama and Harunobu Nikaidou are arguing again to see who’s the best shogi player in Class C.

But then again, the adults are busy watching the title match between Meijin Souya and 9th-dan Kumakura. 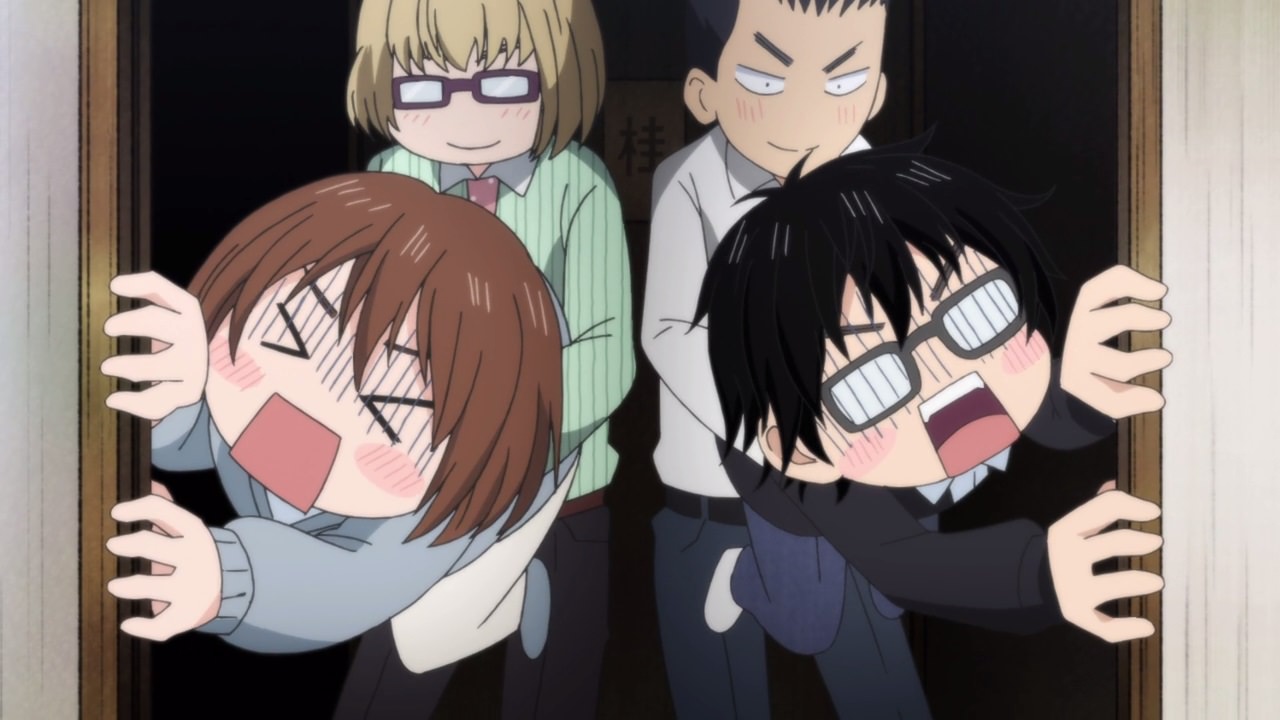 So, Tatsuyuki “Smith” Misumi and Issa Matsumoto dragged both Nikaidou and Kiriyama out.

C’mon, they don’t want noisy kids inside the room when there’s an intense match between the champion and the challenger. 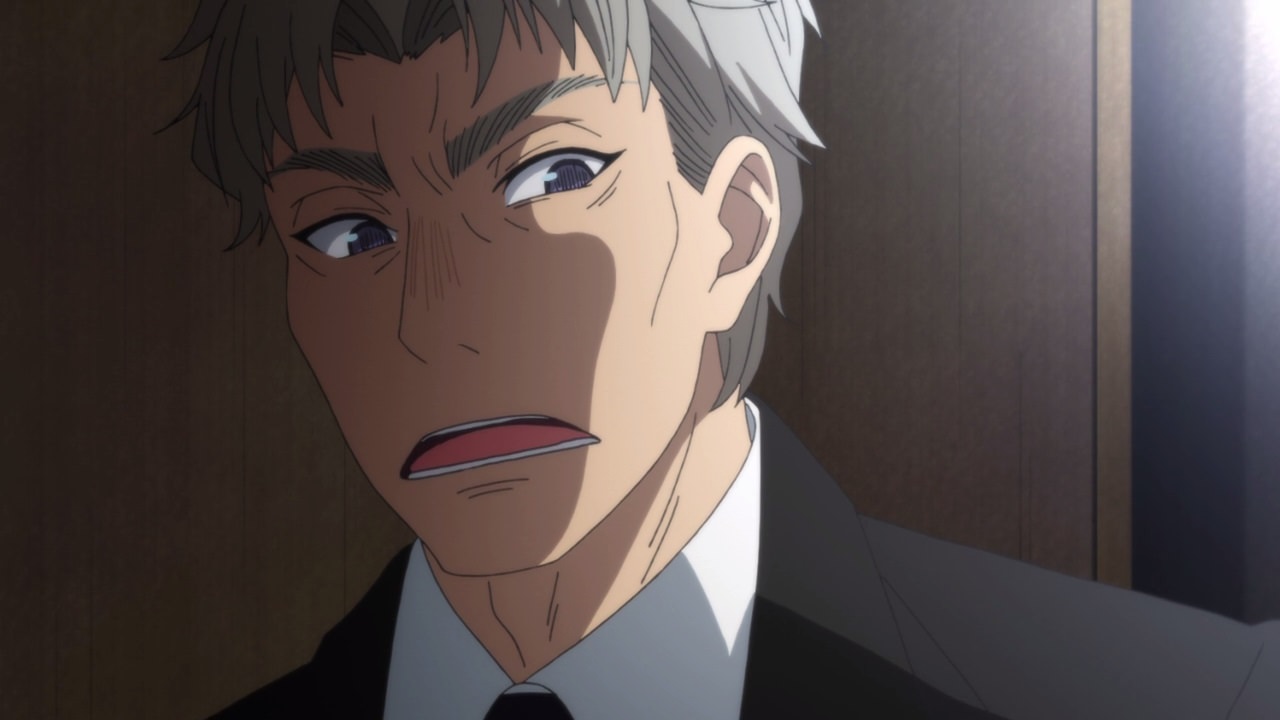 However, the ruckus has stopped when Masamune Gotou stepped in and everyone went silent. Yeah, his presence would kill a mood in an instant.

Also, while Rei-kun won’t forget that day when Gotou hurt both him and Kyouko Kouda, Masamune-san think it’s just another day for him. 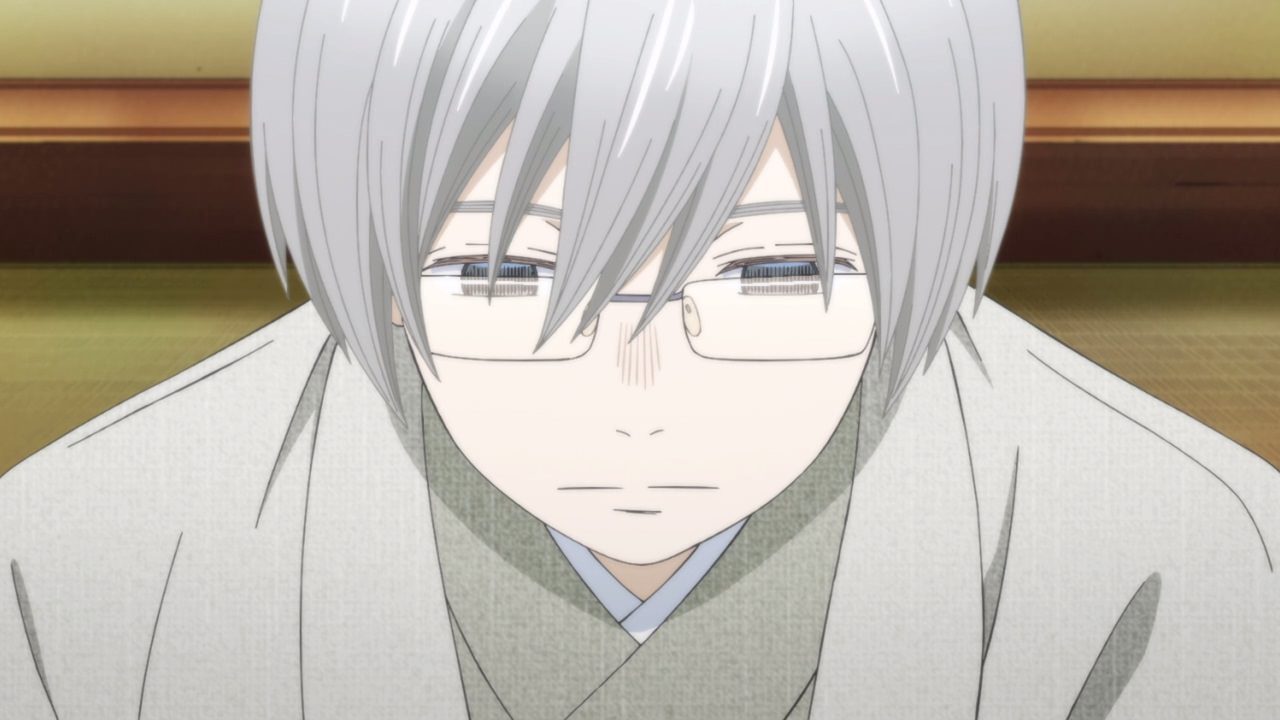 Anyways, it’s time for the last game of this title match between Touji Souya… 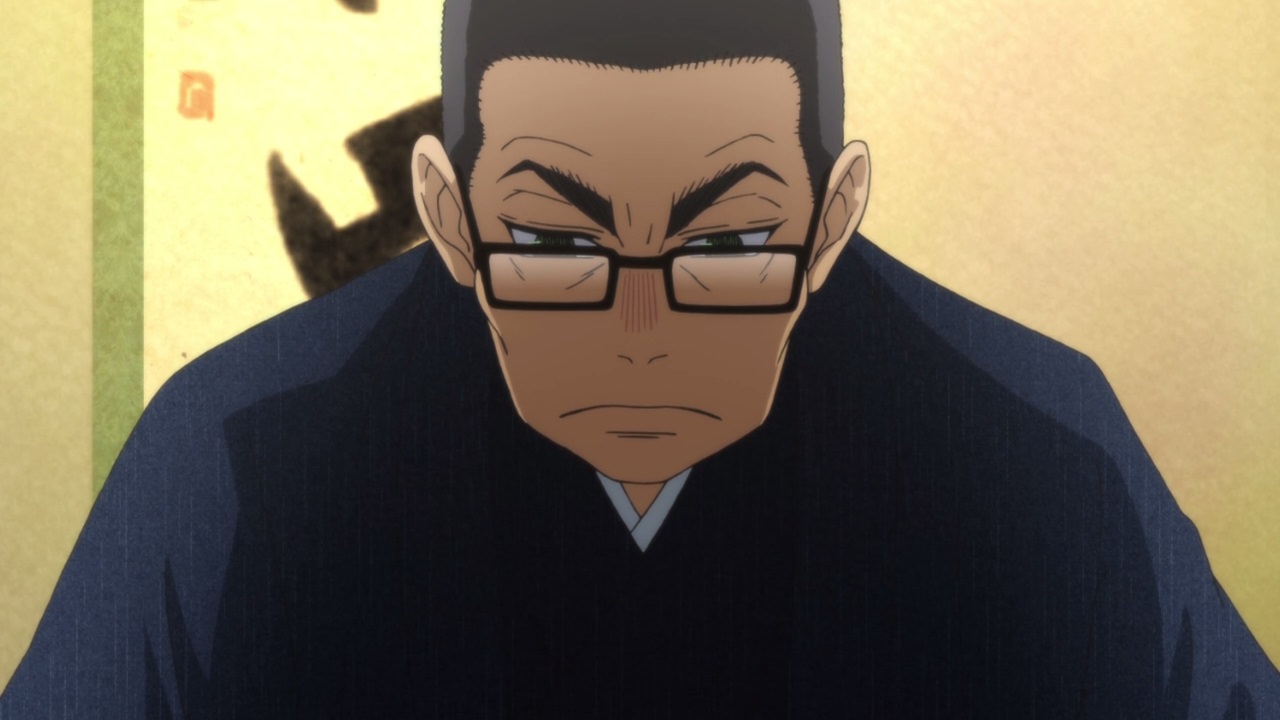 …and Kengo Kumakura as they try to close this series out, moreso with Kumakura as he wants to take the title of Meijin away from Souya. 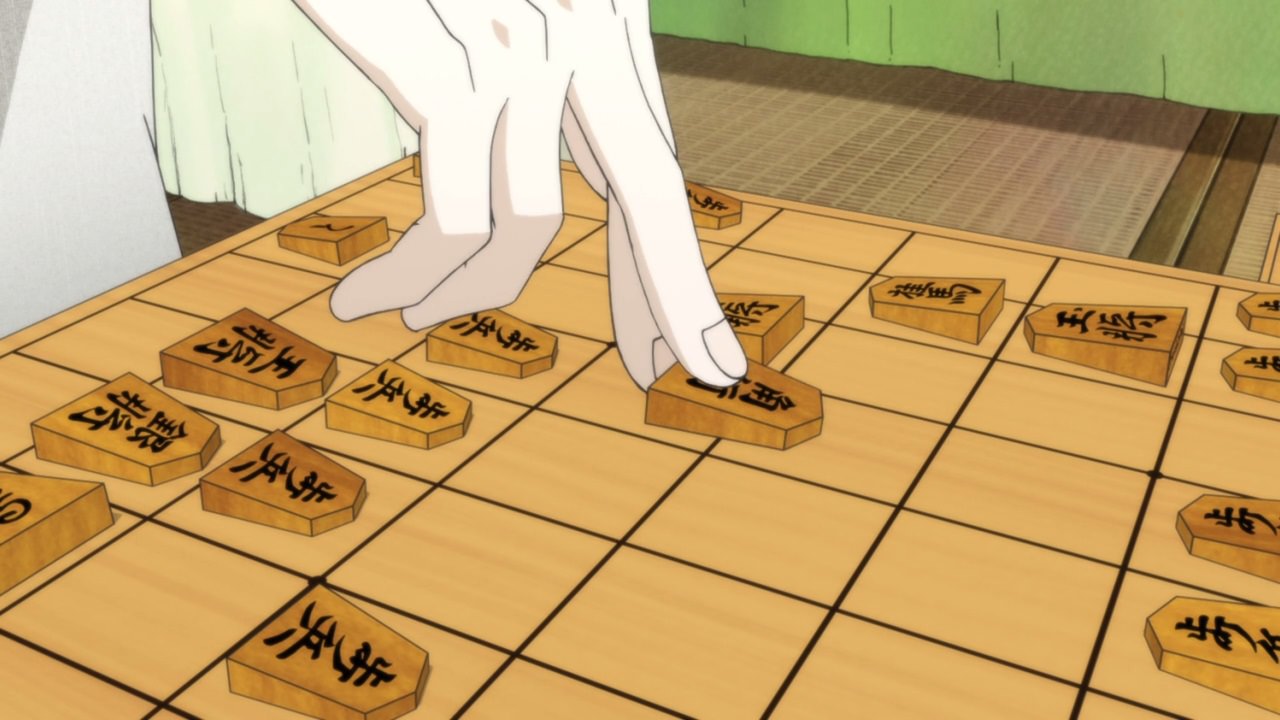 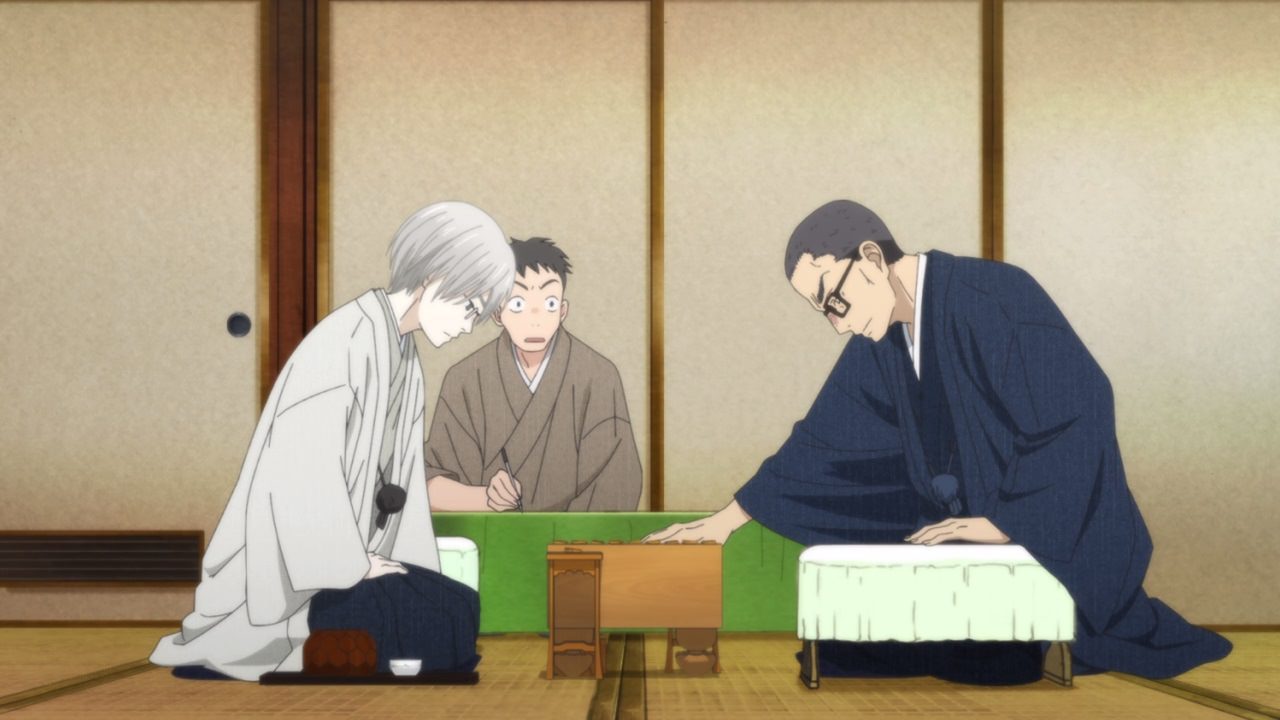 However, it appears that the challenger has resigned after Souya makes his move. Man, this is a very unusual ending to this title match. 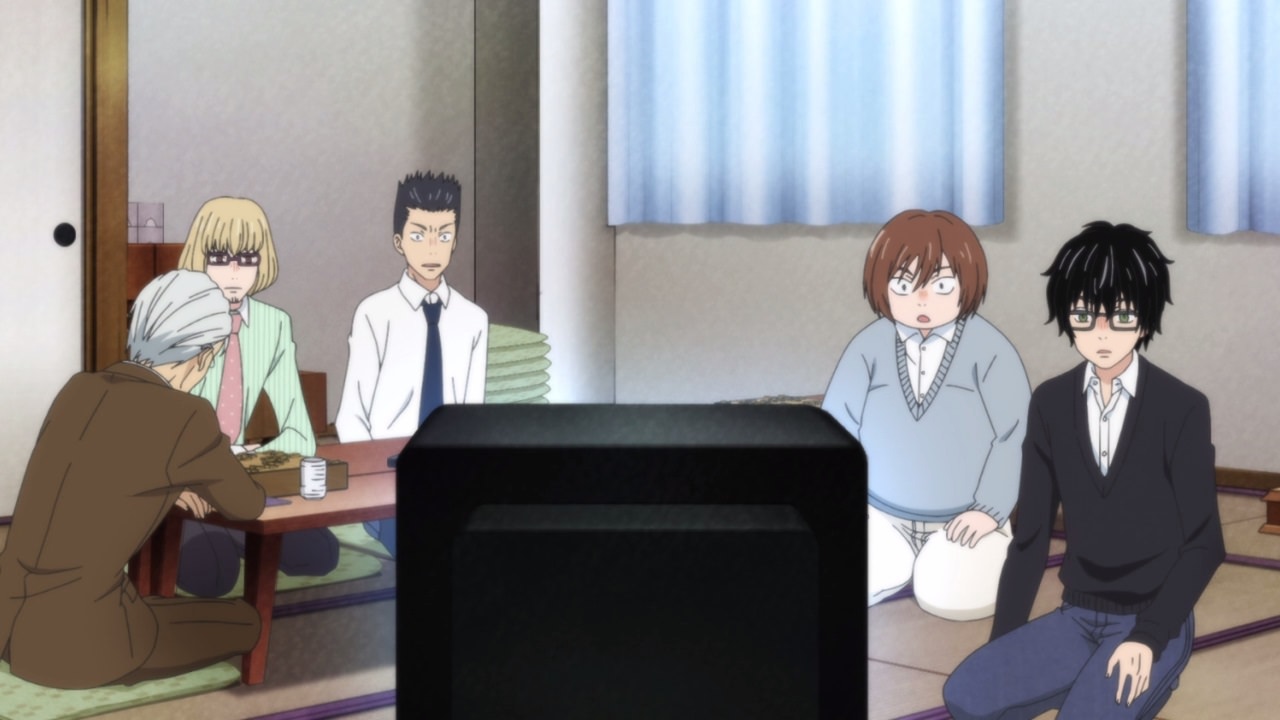 Heck, everyone is stunned about Kumakura’s defeat, but they eventually realized that Touji Souya already check-mated the challenger in 17 moves. Well, seems that Meijin Souya can predict the outcome of this match!

In any case, Kengo Kumakura has officially lost the title match while Touji Souya retains the title of Meijin. 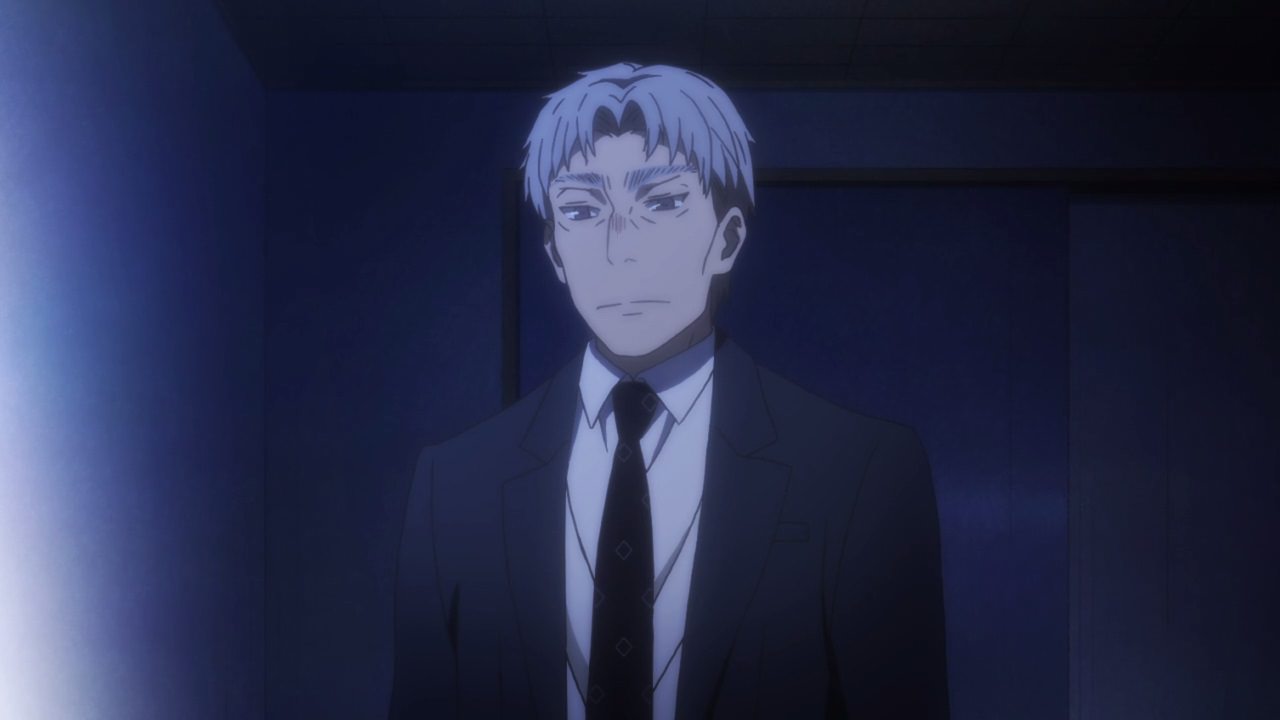 Meanwhile, here’s Masamune Gotou as he went to the hospital… 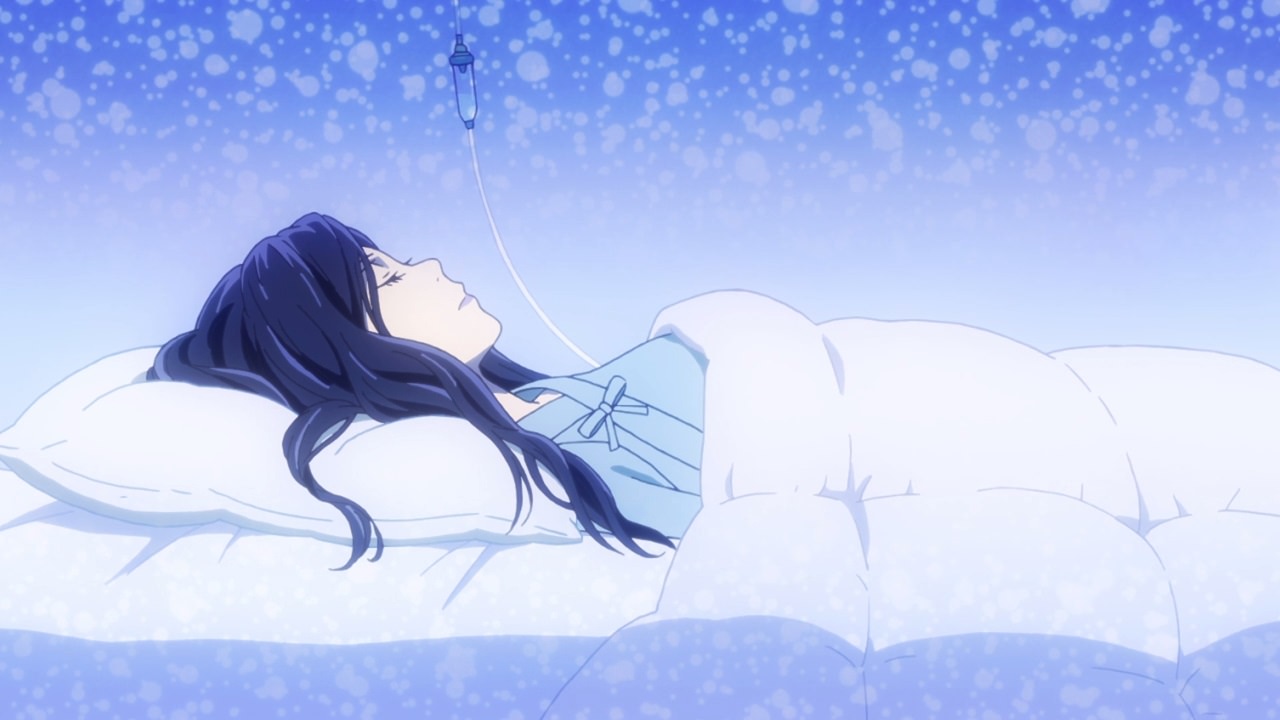 …to see his wife Misako. Well, seems that he cares about his sick wife that Masamune-san tries to get away from Kyouko’s advances. 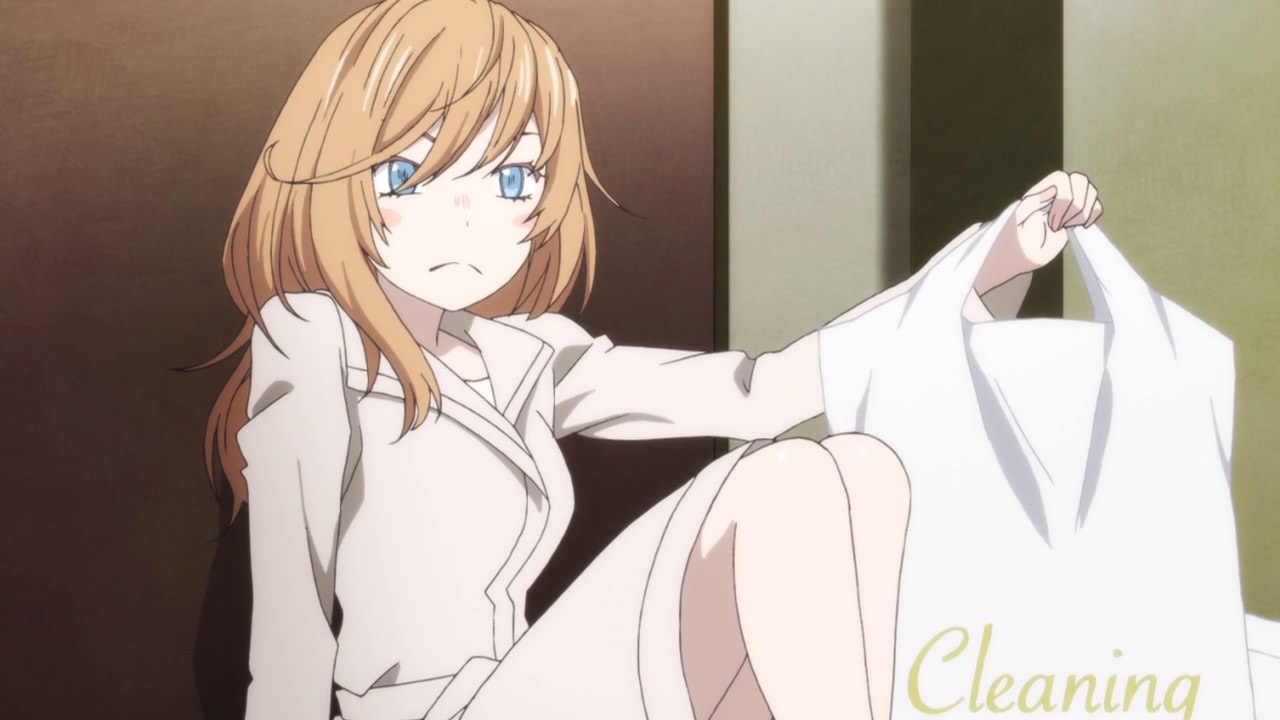 And speaking of Kyouko Kouda, she’s here at Gotou’s apartment to say hi and wants to stay for a night. 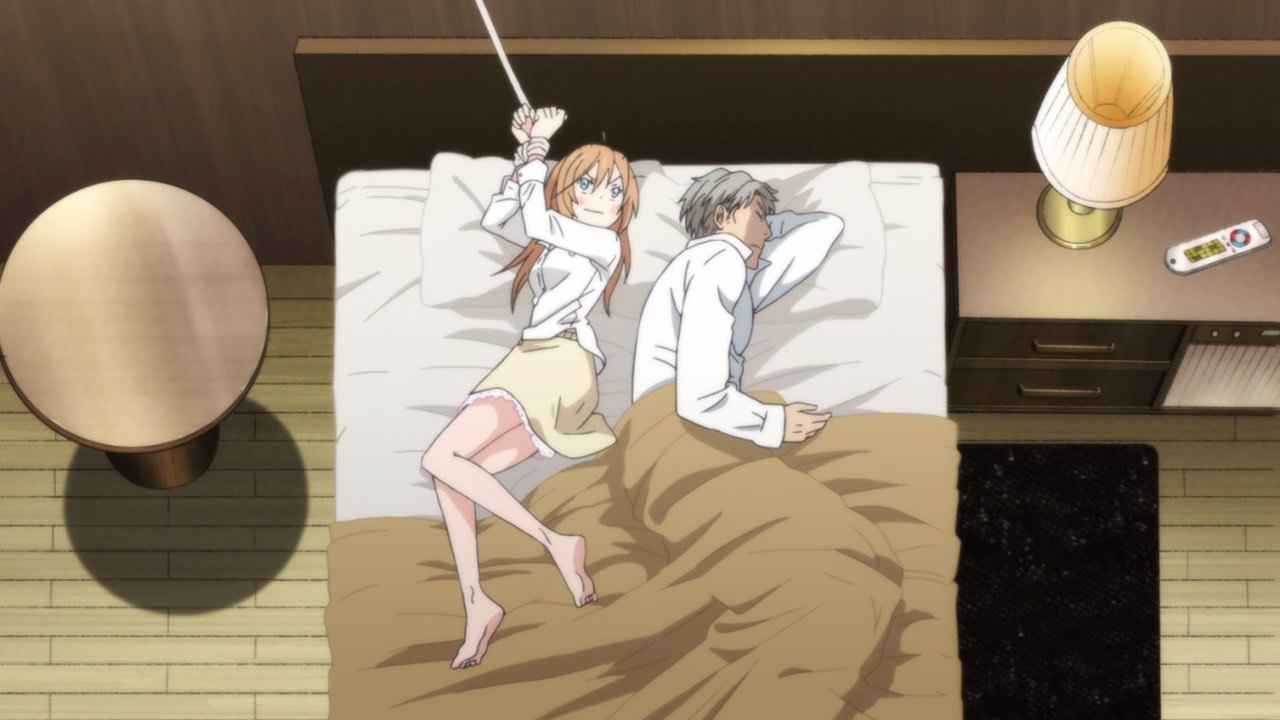 However, Masaumune-san has other plans as he tied Kyouko up. Wait, is this some kind of a bondage play? Then again, would it be better if Kyouko Kouda goes home instead of bothering Gotou.

And that’s about it for this episode of Sangatsu no Lion as I move onto the next episode!