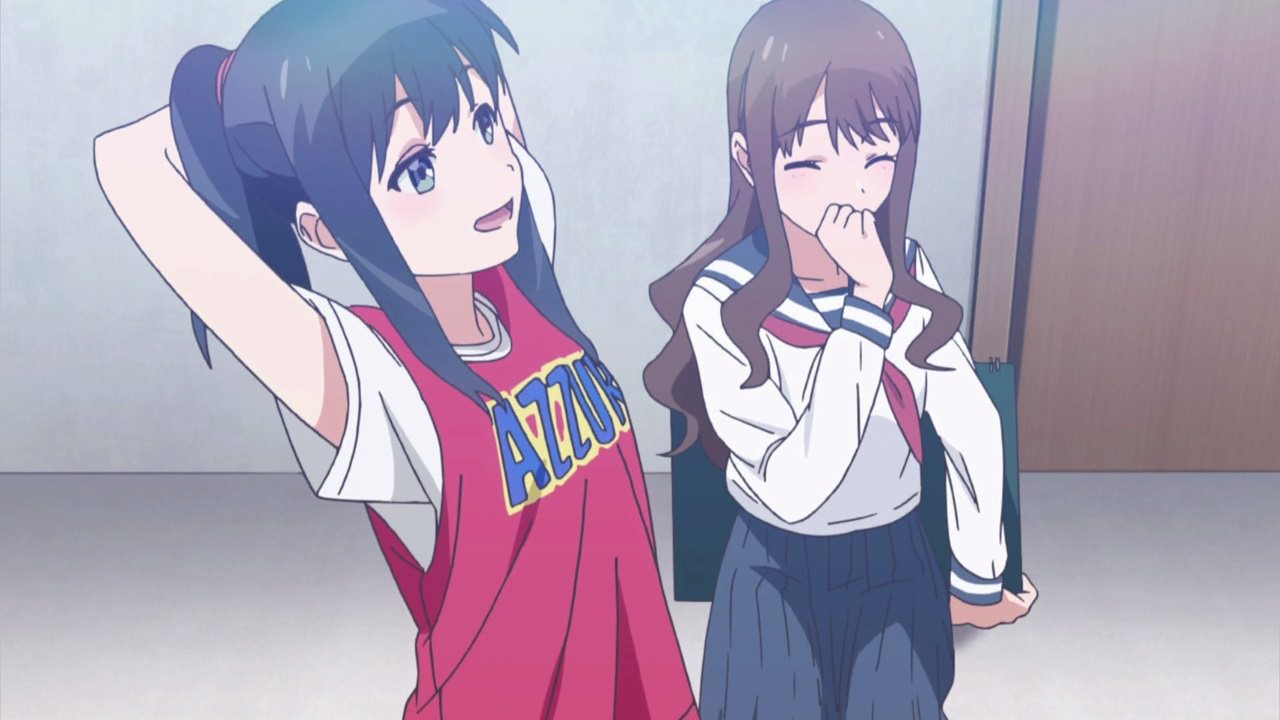 Well, this is an interesting sight as we have two former I-1 Club centers on this drama series. We have Mayu Shimada playing as the energetic Yoko, while Shiho Iwasaki plays the well-reserved Mitsuki.

Now, the audience would expect Shiho to come on top because she has more connection to I-1, despite the fact that she was booted out and transferred to Hakata to become the member of Next Storm. However, it doesn’t matter if both of them are former members of the I-1 Club, as long as one idol enjoys acting during the set. 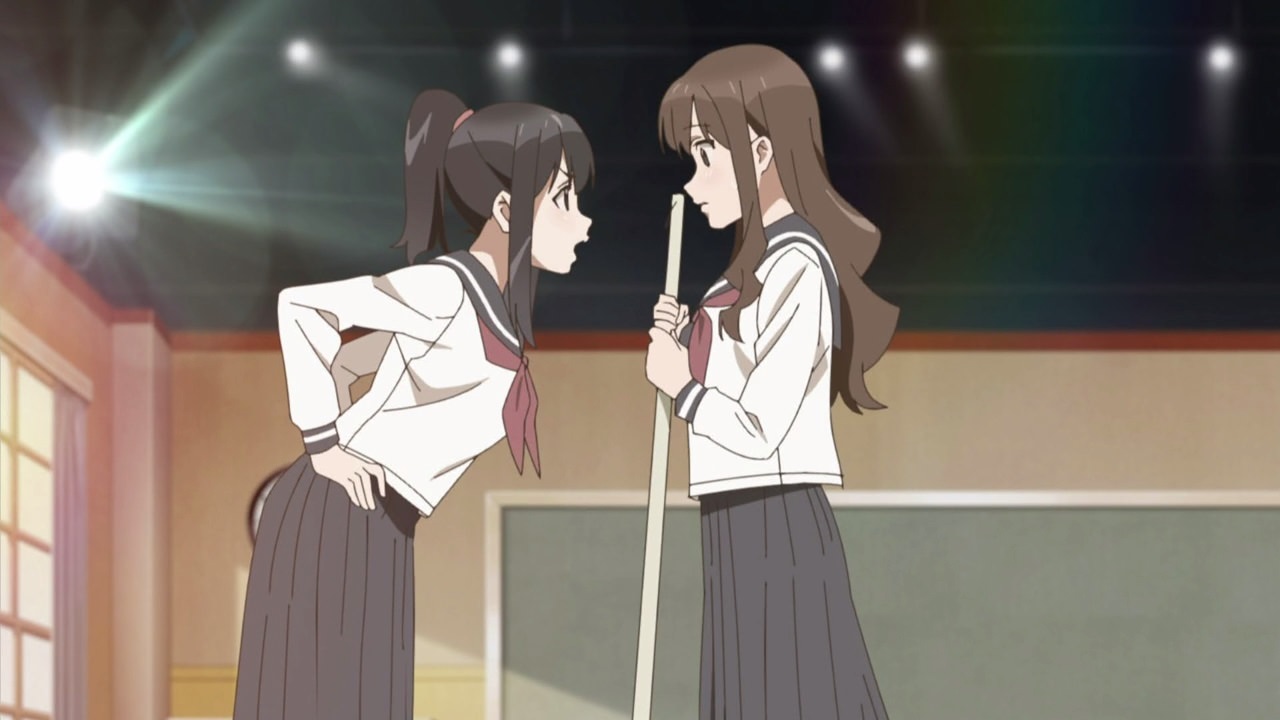 On the other hand, seems that Mayushi is doing her best when playing as an energetic character. Yeah, it suits her role very well and I’m happy that Mayu Shimada is following the examples of her fellow idols from Wake Up, Girls!

But as for Shiho Iwasaki, I felt that she’s somewhat conflicted and uninterested during the set. 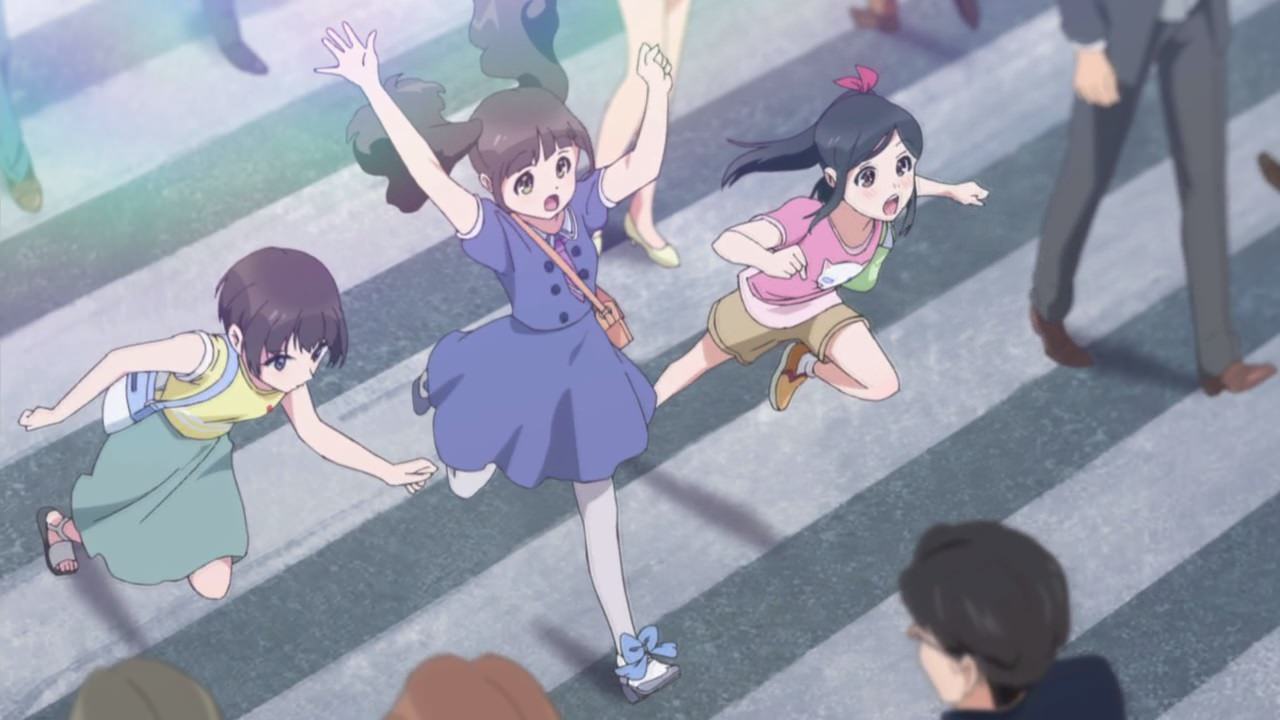 Meanwhile, here are the three fans from Sendai as Itsuka Atsugi, Otome Morishima, and Ayumi Hayashi went to Tokyo to become as extras for “The Dreaming Duo”, the drama series where Mayu Shimada and Shiho Iwasaki are in it. 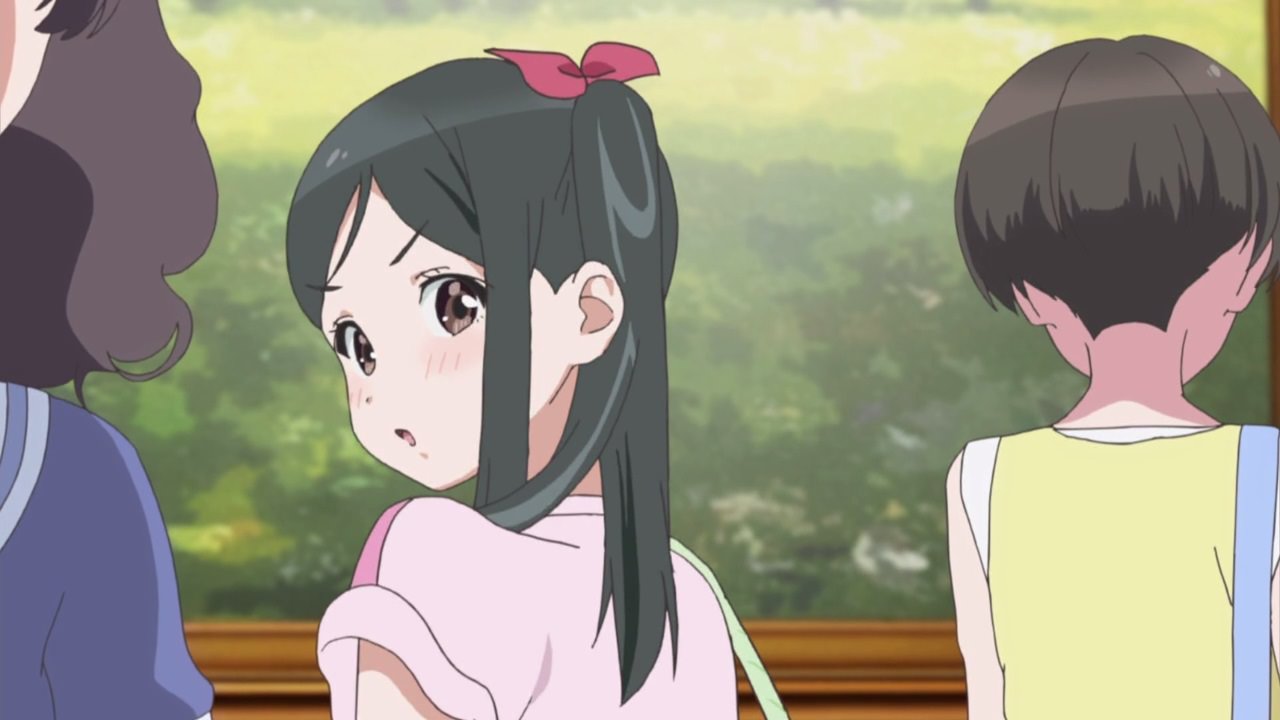 Of course, there’s one girl who’s more excited to see Mayushi up-close. This is Ayumi Hayashi and she’s looking at the camera for most of the time.

Oh, and she’s looking at you too because Hayamaru wants to seek some attention! 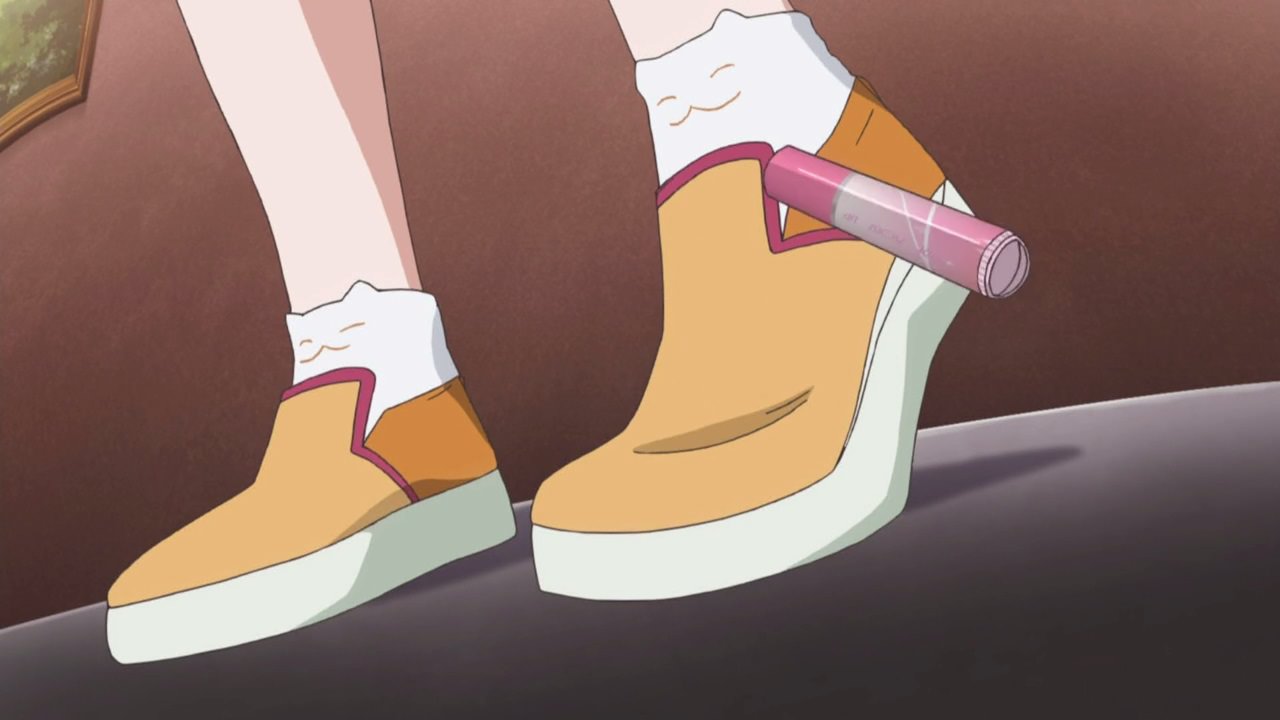 However, seems that she couldn’t contain her excitement that Ayumi dropped her lipstick. Really Hayashi, you’re such as klutz when it comes to getting near to your favorite idol! 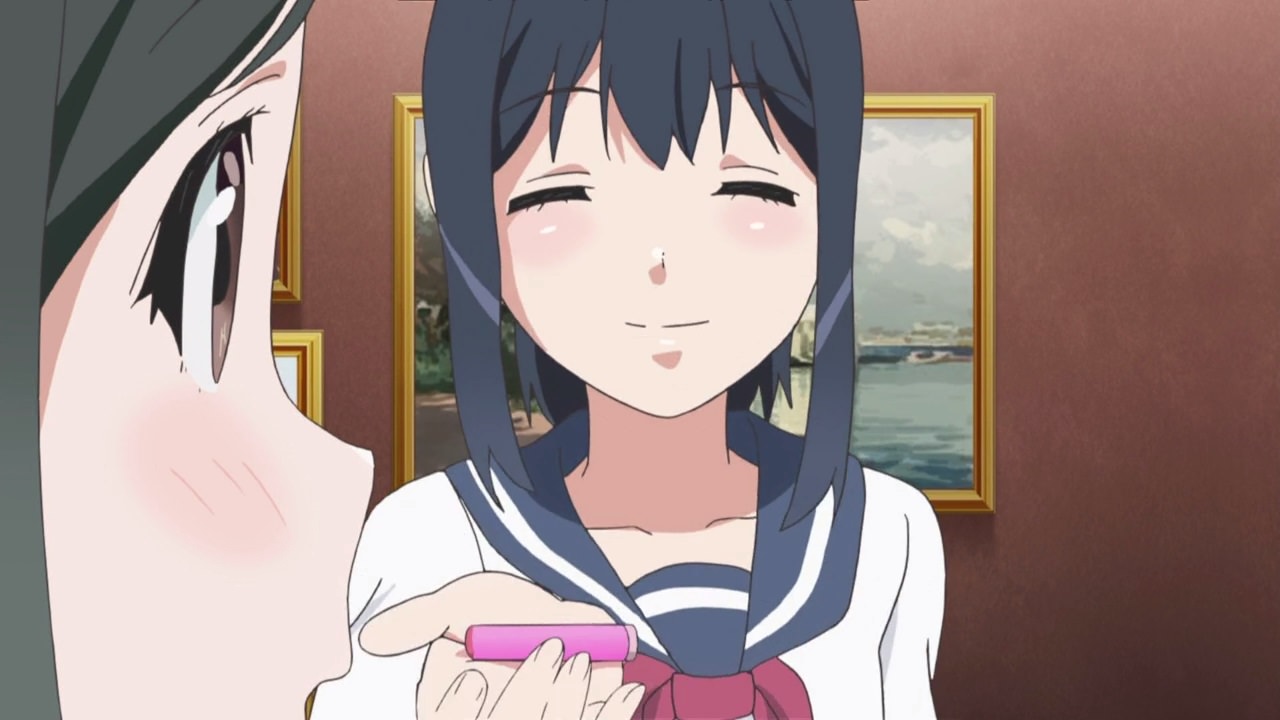 But in the end though, Ayumi Hayashi has finally lost it when Mayu Shimada picked up Ayumi’s lipstick and gave it to her.

Well, I have to say that Hayamaru got stunned when Mayushi approached her. So much that Ayumi wanted to become an idol like Mayu Shimada! 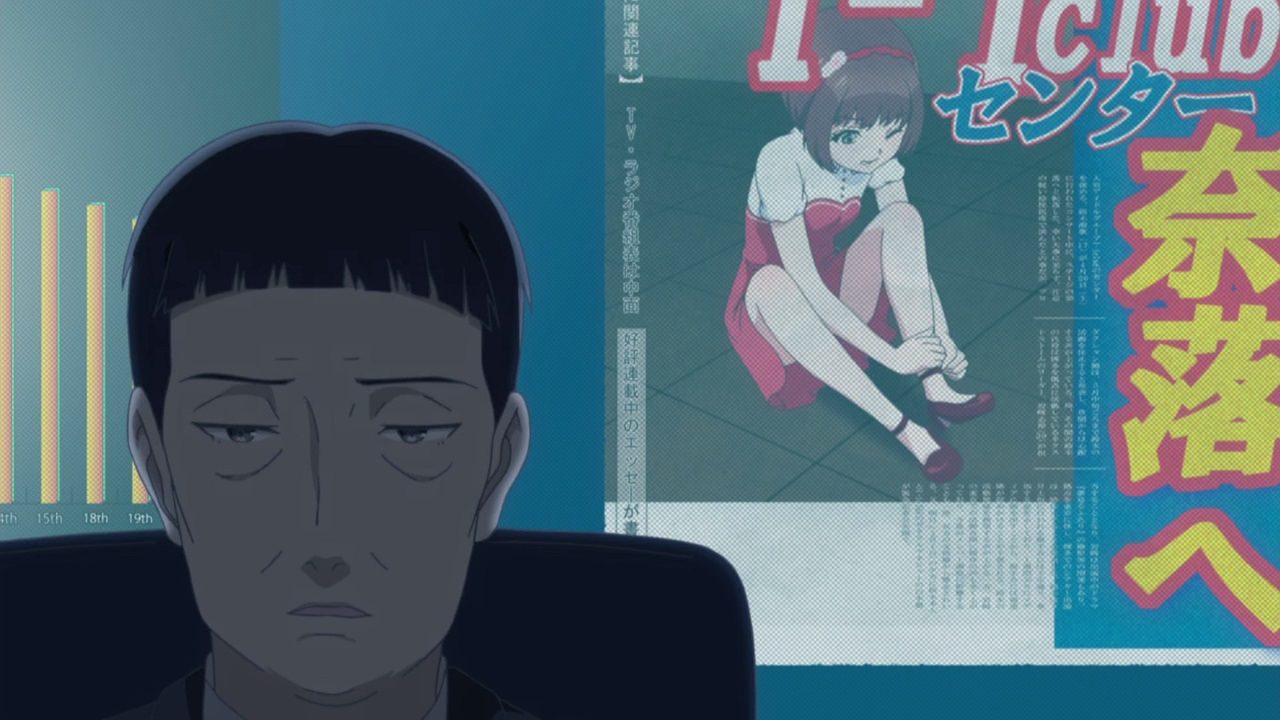 One last thing, Tooru Shiraki informs the board of directors that the I-1 Club’s center Moka Suzuki got a sprained ankle, which is a big news for the top idol group in Japan that their reputation is somewhat affected.

So with that in mind, Shiraki decided to take Shiho Iwasaki back as the center for the time being. Not sure it’ll stay temporary though as Tooru Shiraki still considers Moka Suzuki as the next best thing in I-1 Club. 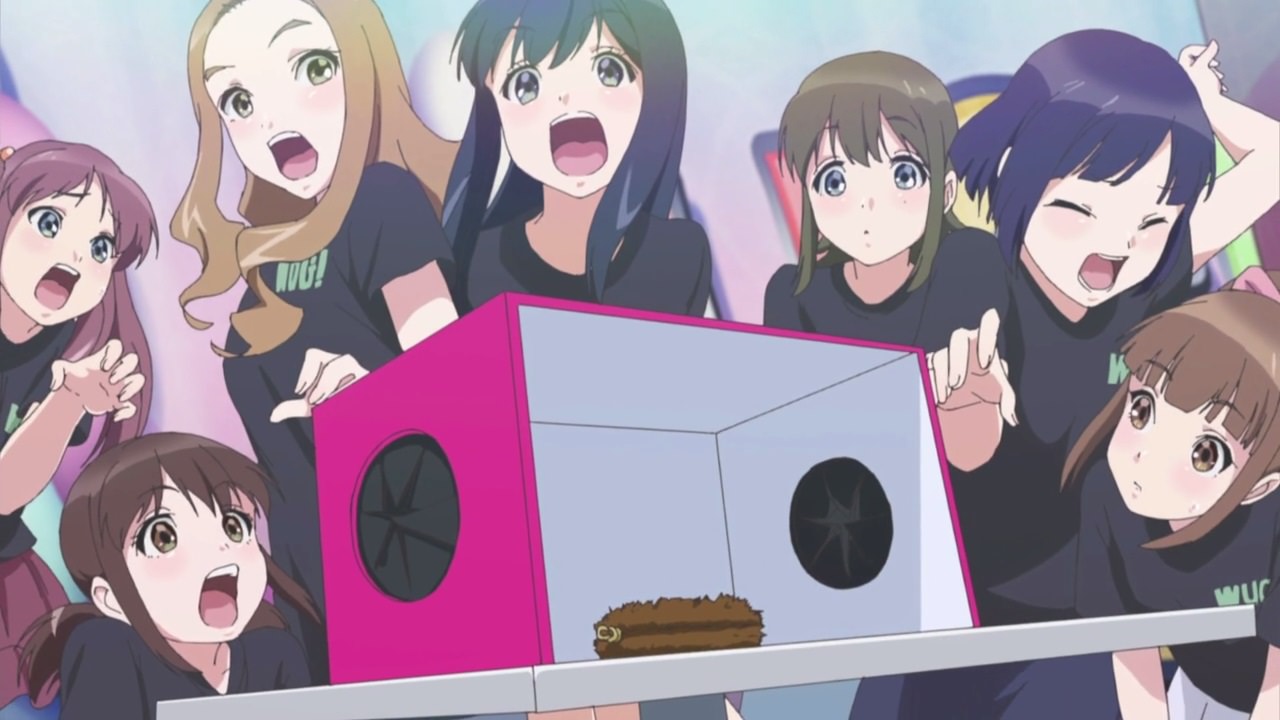 For now, looks like Mayu Shimada is having fun in her drama role. However, she needs to take care of herself and not to forget about her buddies from Wake Up, Girls! ’cause it wouldn’t be right without Mayushi.

Anyways, I’ll see you on the next episode and let’s hope that WUG! is doing fine in Sendai. I mean, they need to gradually gain popularity not just in their hometown, but across Japan.