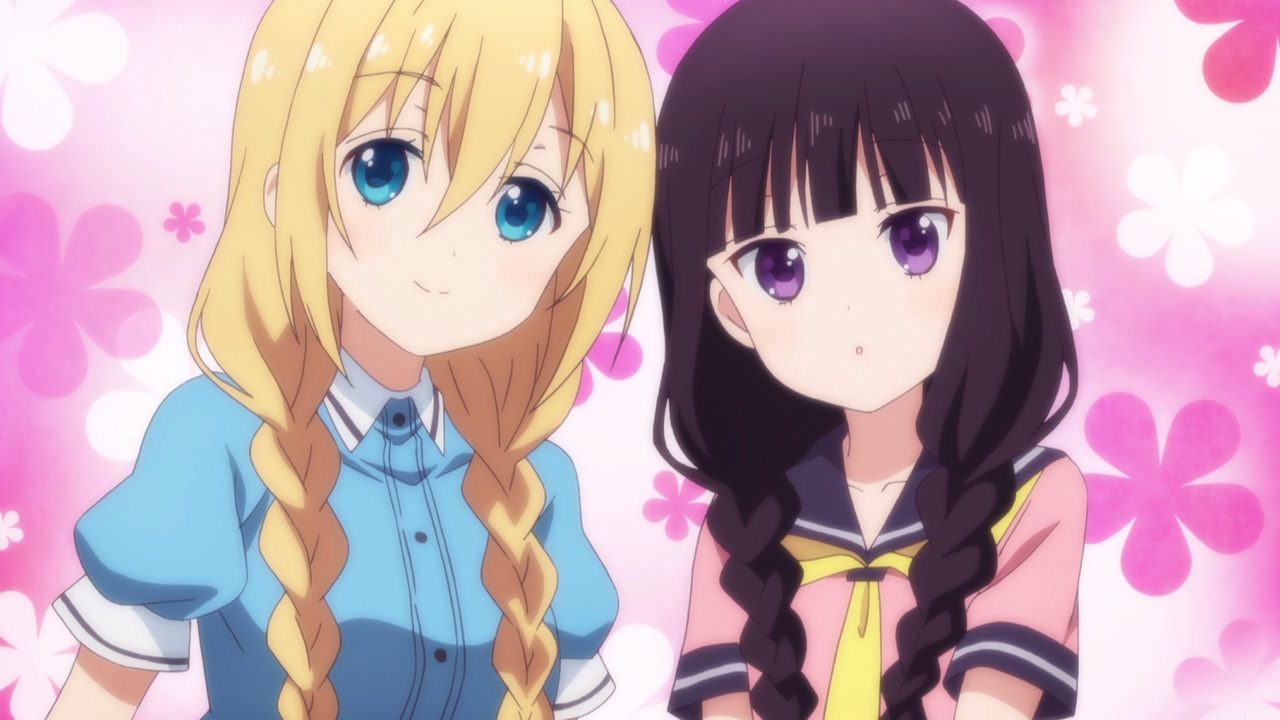 Here’s something different as Kaho Hinata and Maika Sakuranomiya are trying different hairstyles to suit the customers’ tastes! 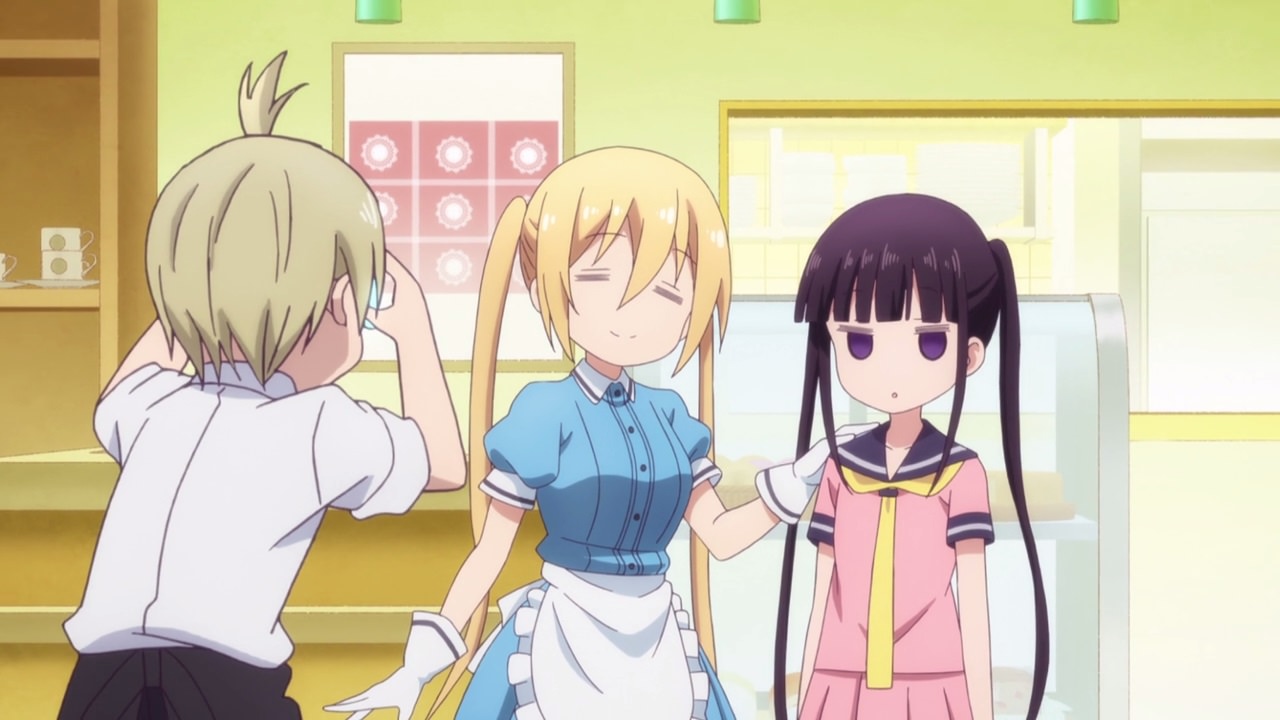 Heck, even Dino the manager is loving it on how they look ranging from braids to twin-tails! 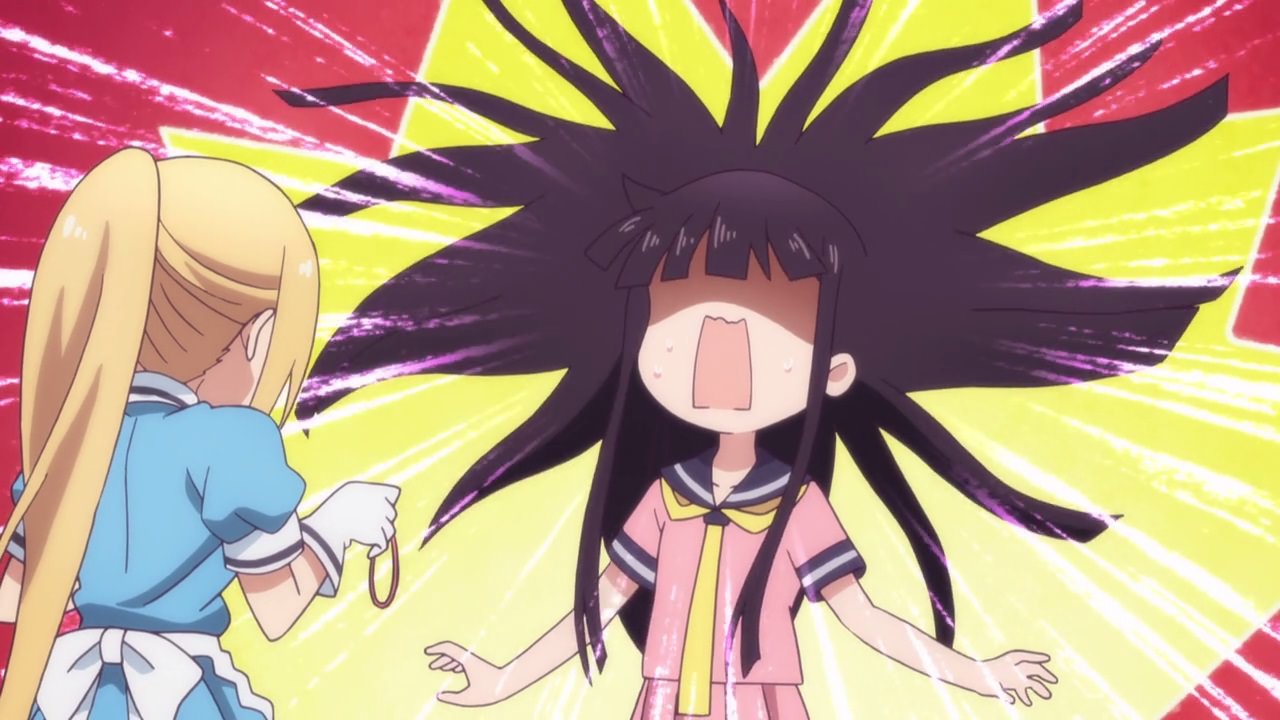 But when her hair piece falls off, Maika’s hair has gone crazy as if it has a mind of its own!

Well actually, her hair is susceptible of static electricity. So when she loses her knots or anything that holds her hair, it’ll go out of control. 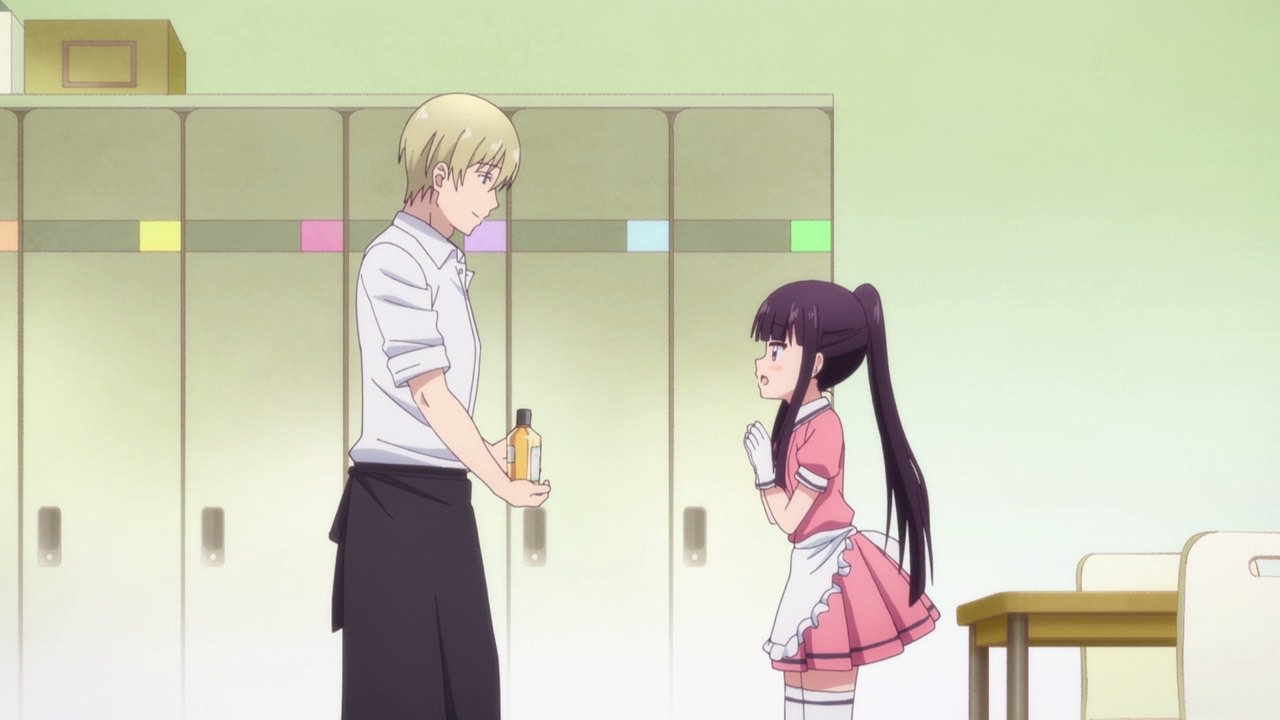 Luckily, Dino found a solution by giving Maika a special shampoo that’ll eliminated those static electricity from her hair and make it smooth.

And while she appreciated it, Maika is interested in looking at the table of contents (in English). Oh, and she’s currently wearing a ponytail. 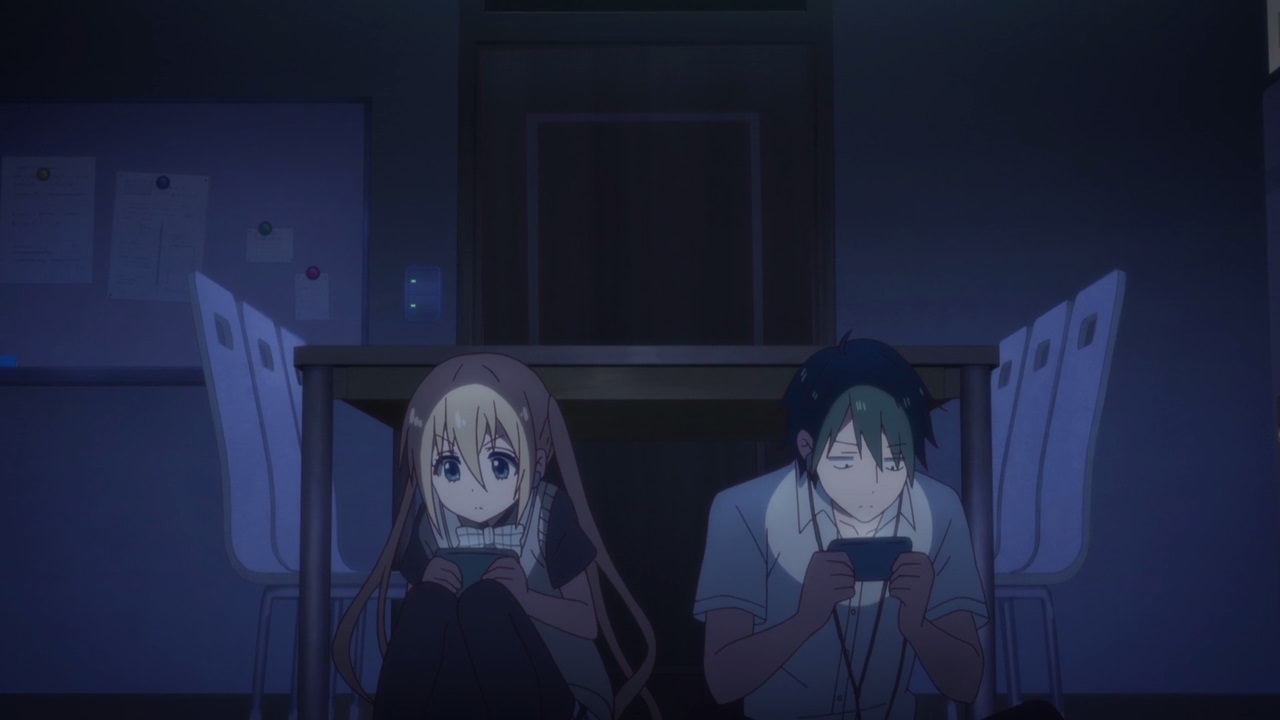 Meanwhile, let’s go back to Kaho Hinata as she’s joined by Kouyou Akizuki. Then again, she didn’t notice that Kaho has a companion. 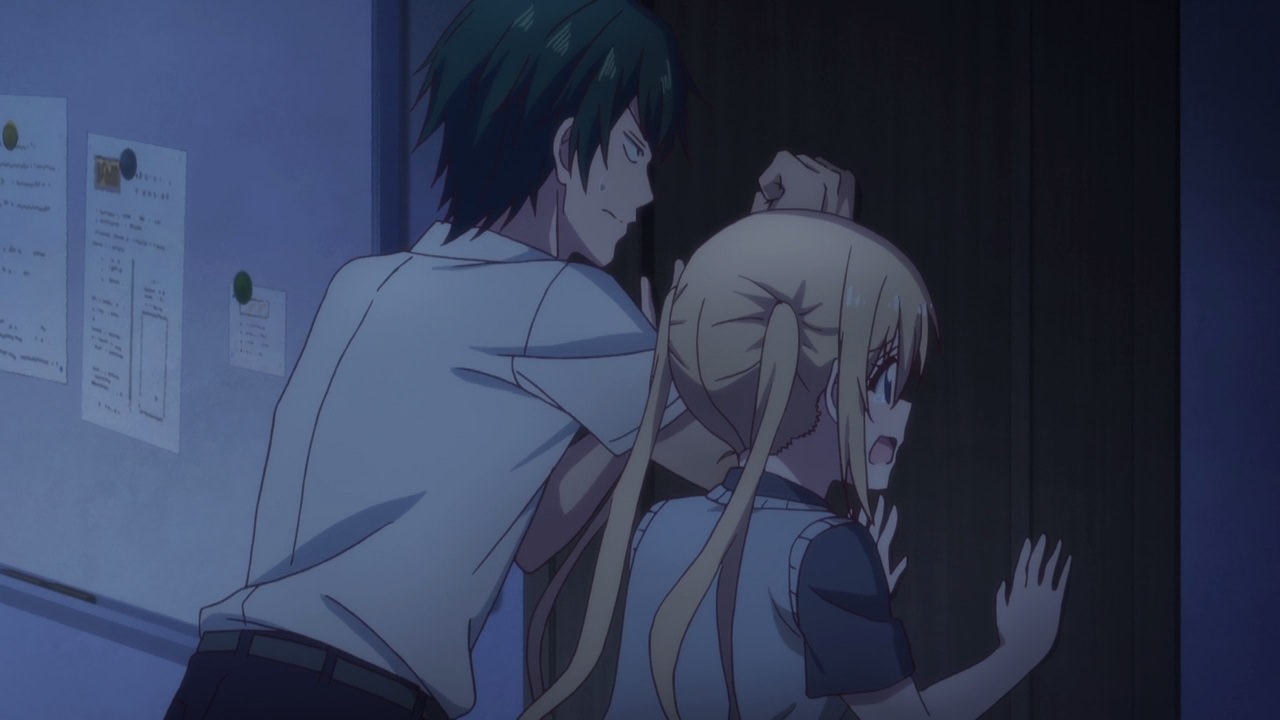 Then, both Hinata and Akizuki didn’t realized that they got locked in by Dino in which he stepped out a bit.

Oh and to make matters worse, there’s a black-out so they’re pretty much screwed! 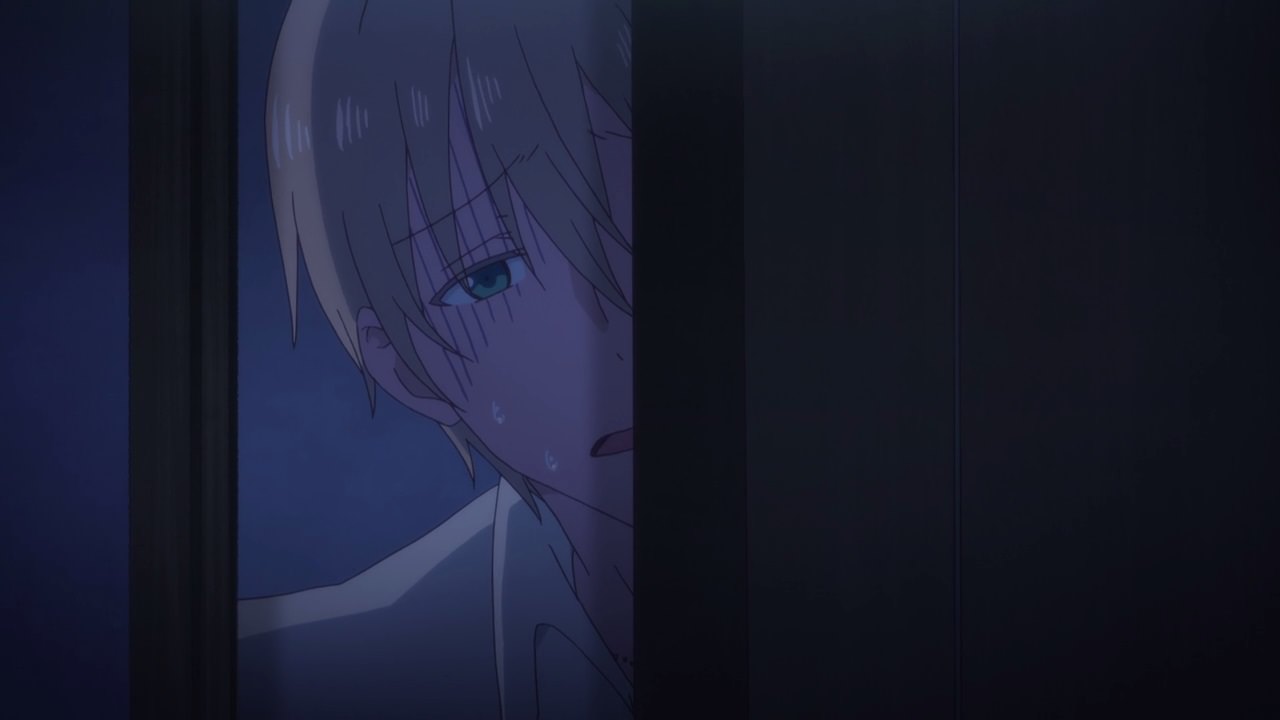 Good thing Dino returned to Café Stile, but he’s scared that it’s dark outside so when the manager opened the lounge room… 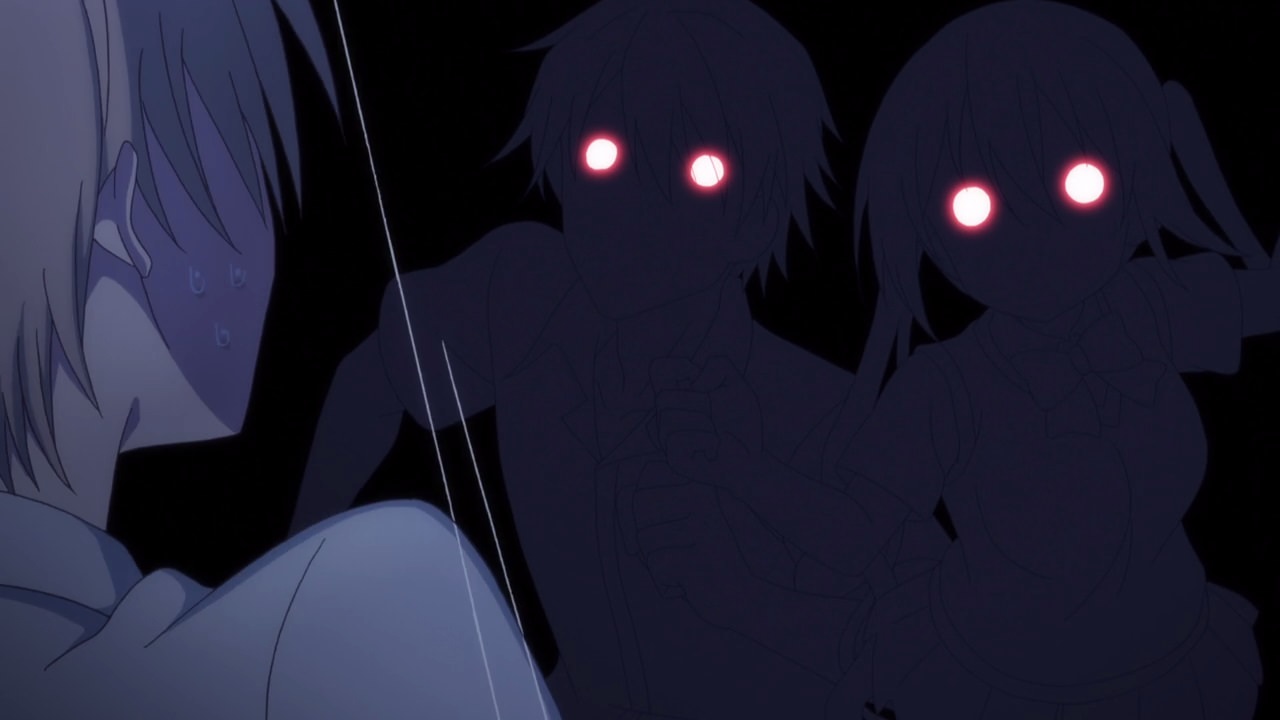 Well, it turned to a horror film when both Kaho Hinata and Kouyou Akizuki got out of the room as if they’re ghosts!

But hey, at least both of them got out safely so it’s all good there. 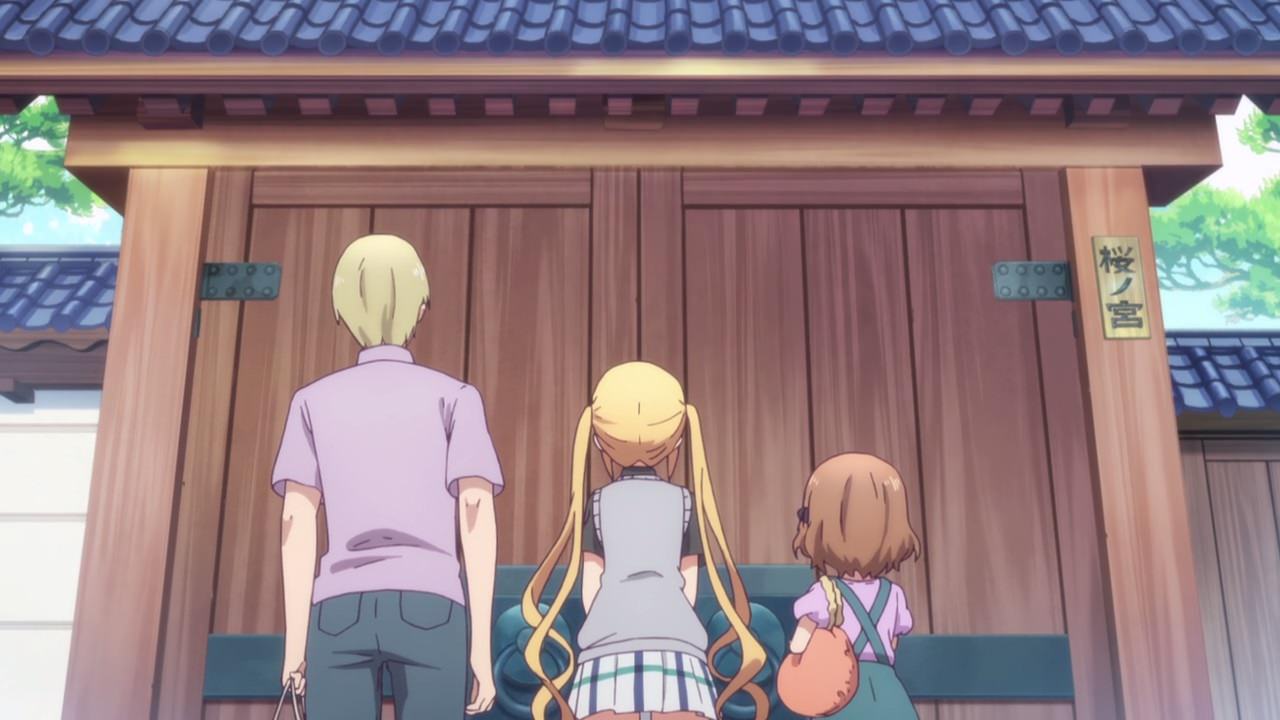 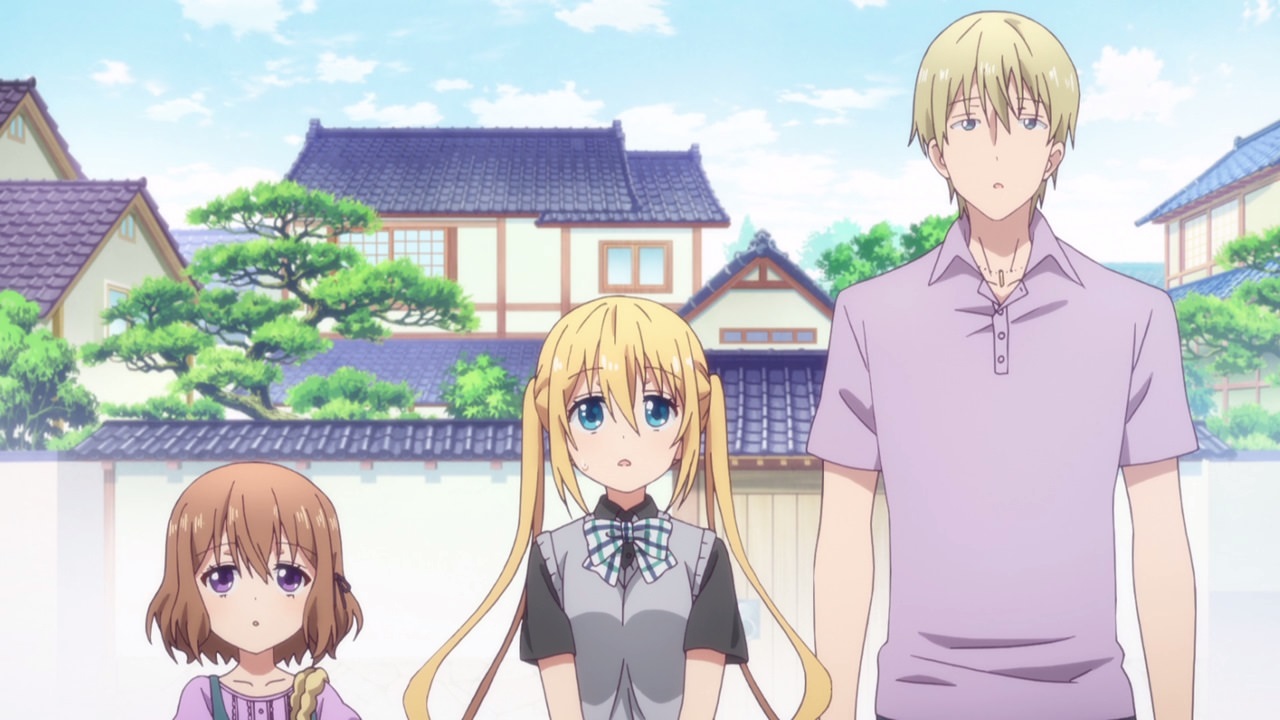 Lastly, it’s time for the employees at Café Stile to visit Maika Sakuranomiya as she got a fever.

Then again, Dino and his co-workers are surprised that Maika’s house is huge. Well, seems that the Sakuranomiya family is very rich and traditional. 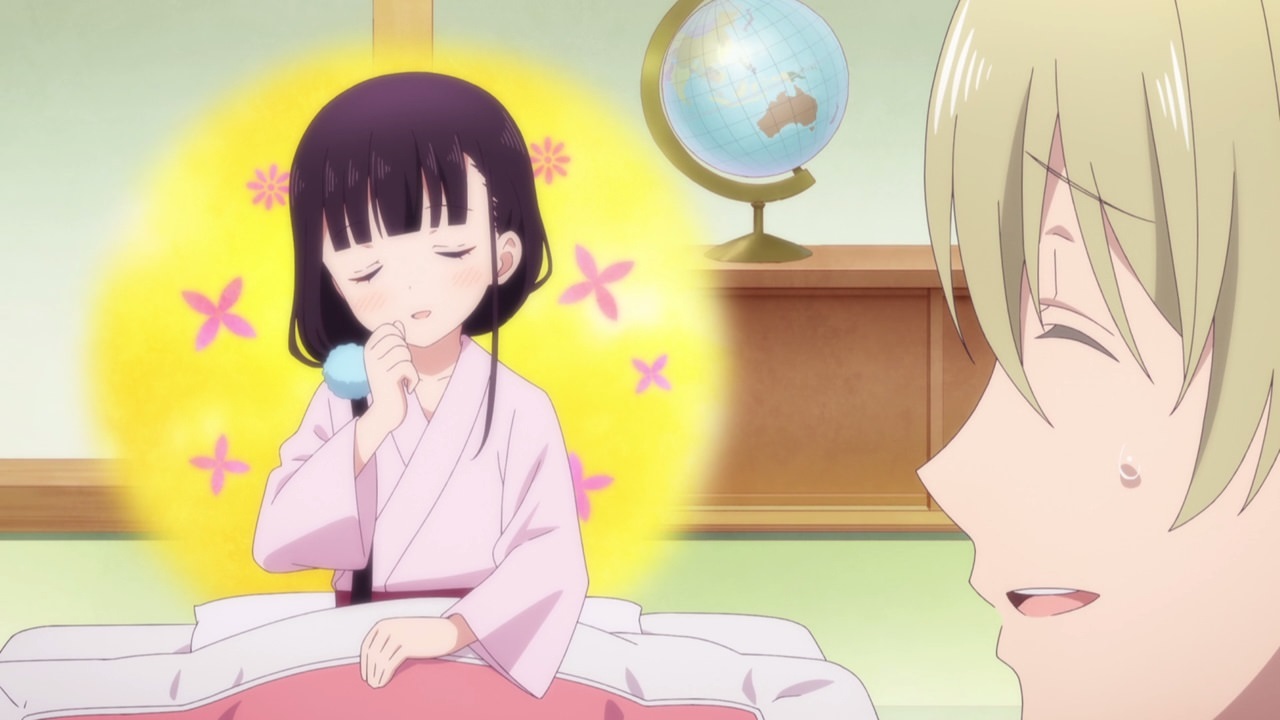 Anyways, they went to see Maika Sakuranomiya where she’s perfectly fine after seeing her co-workers.

Also, Maika told Dino that his special shampoo worked well on her hair that she made a shrine out of it. Wow, I have no words for that! 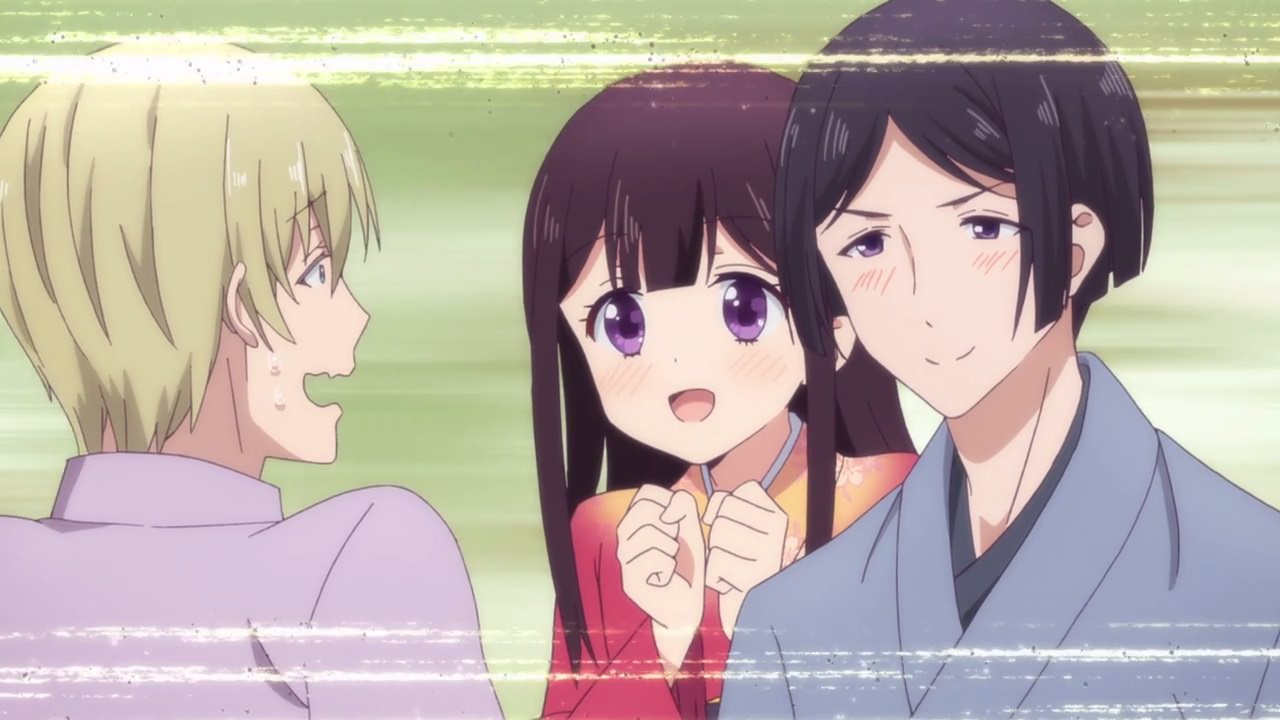 One last thing, here are Maika’s older siblings named Aika and Kouichi in which they bombarded Dino with a plethora of questions that overwhelm the manager of Café Stile.

Yeah, seems that Dino got his life sucked out of Maika’s siblings! 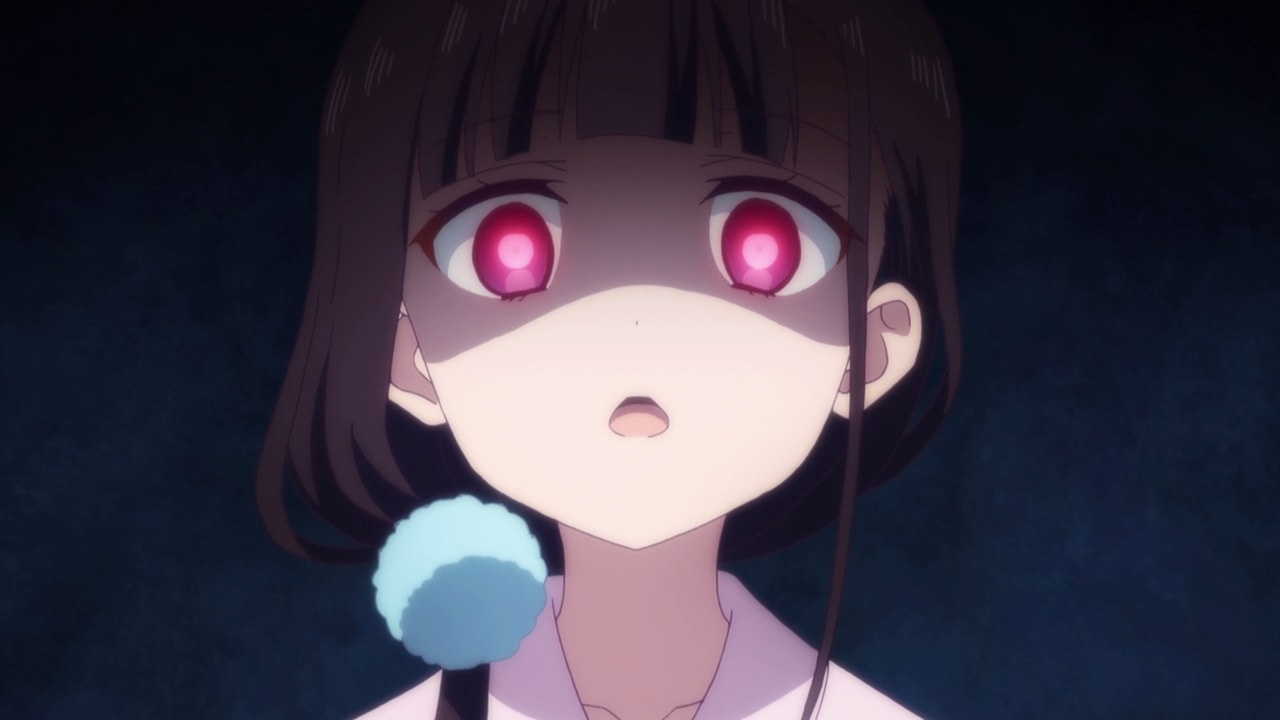 And speaking of Maika, she’s very pissed that Aika and Kouichi are pestering Dino.

So, she’s punishing them with words and assert herself as the most dominant sadist in the household! 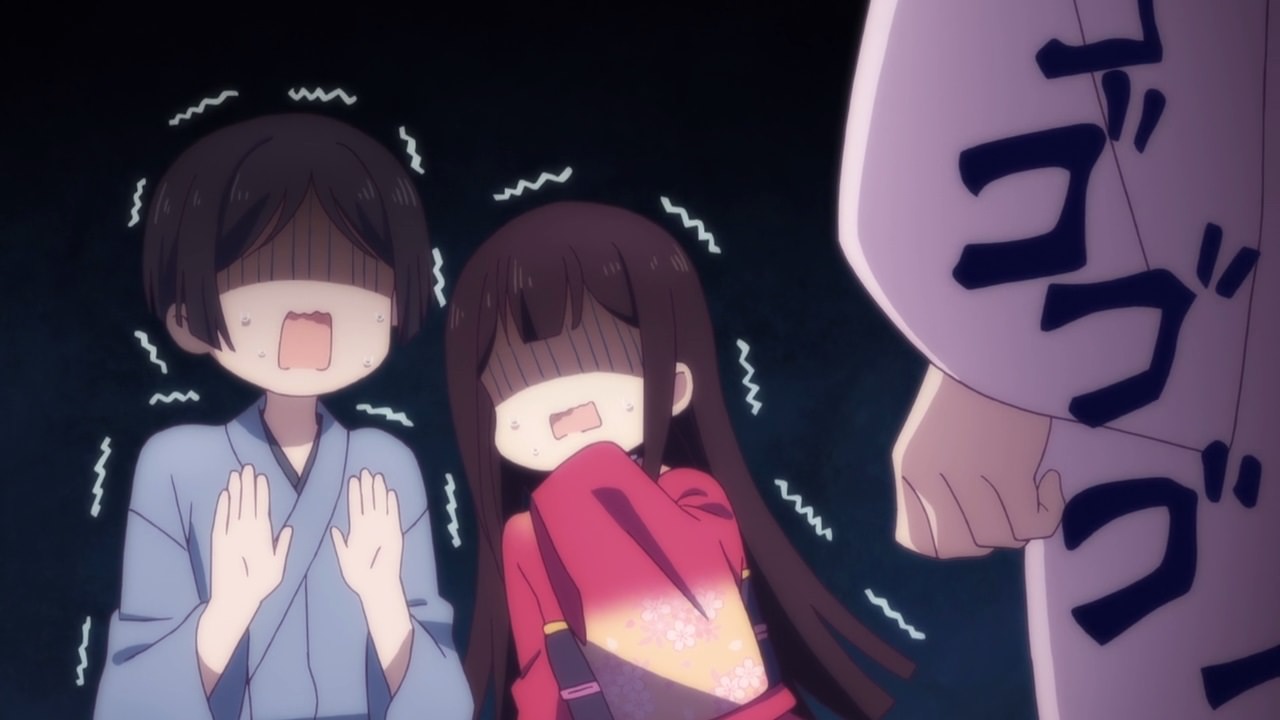 And as for both Kouichi and Aika, they’re pretty much frozen in fear when Maika destroys them with sadistic words.

With that said, seems that Maika Sakuranomiya will return to Café Stile on the next episode now that she’s fully recovered!