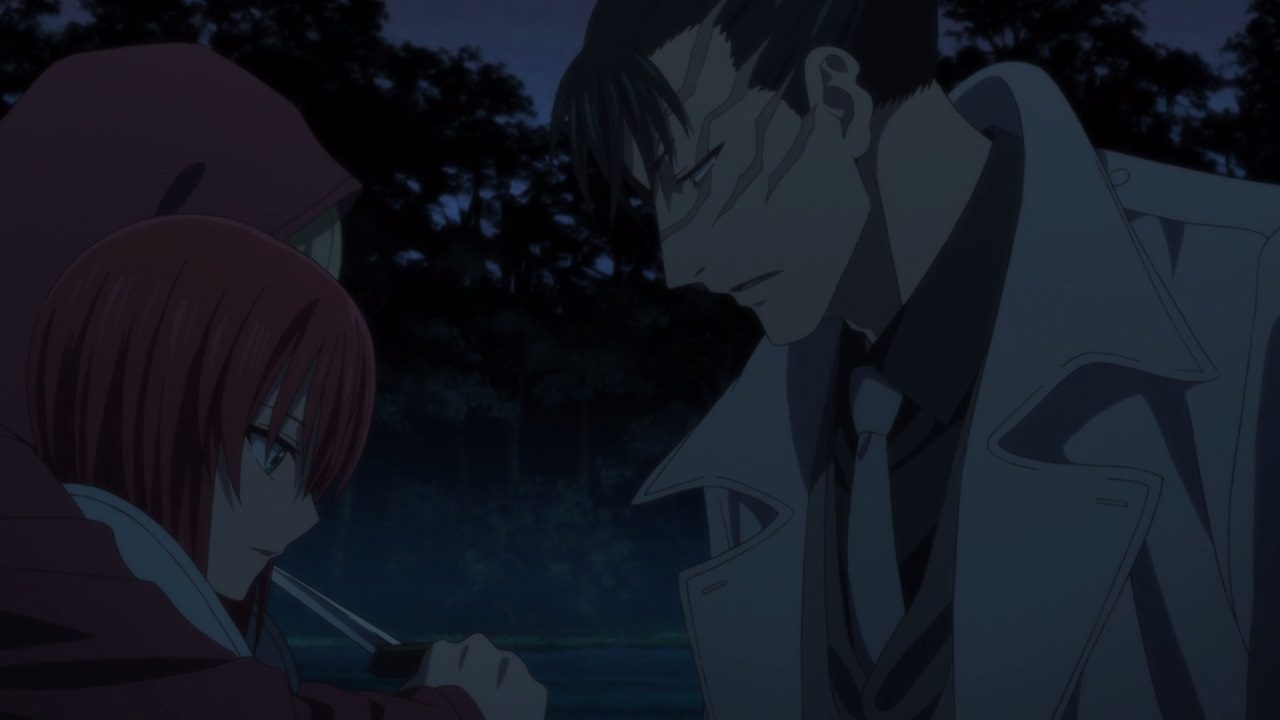 And now, here’s the man who knows the truth about Chise Hatori after his assistant Alice capture her.

With that said, Renfred told Chise that he can set her free from Elias’ control. Of course, I feel that this sorcerer will use Chise Hatori to some extent. 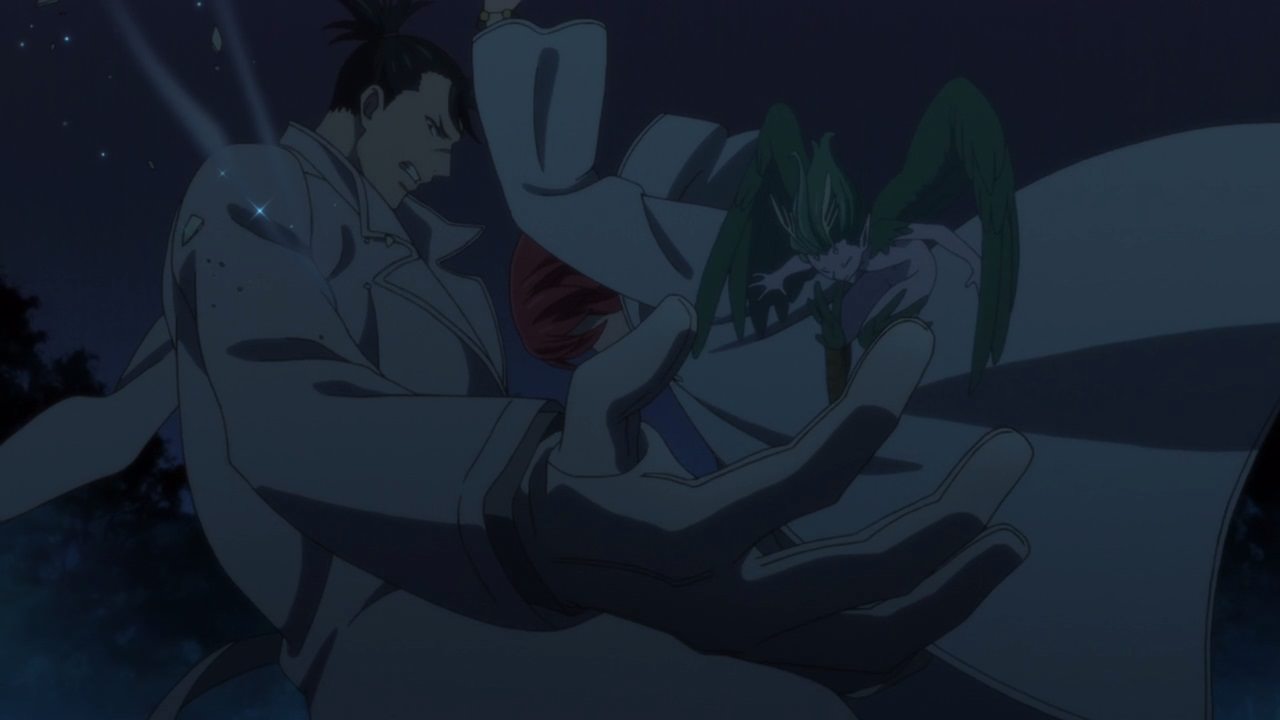 Then again, it’s not like she wants to break free from Elias’ grasp as Chise refused Mikhail Renfred’s offer of freedom.

C’mon, she doesn’t have any place to stay if Chise Hatori leaves Elias Ainsworth. 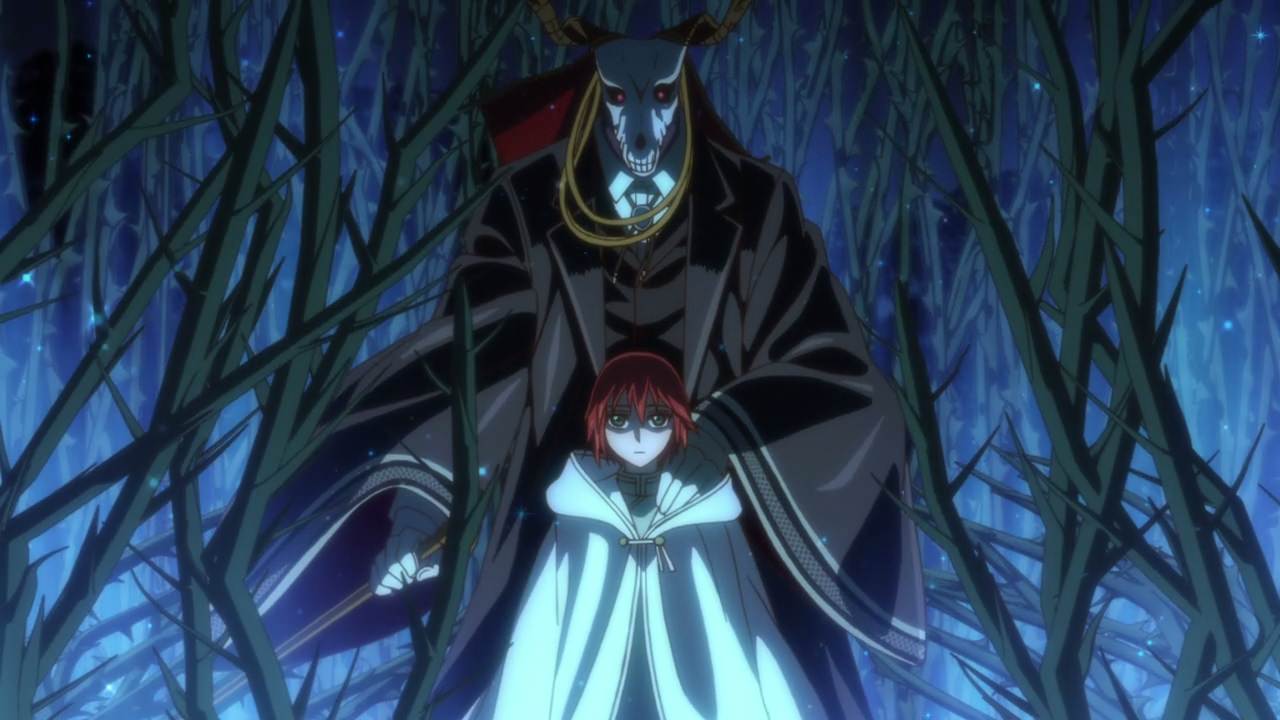 And speaking of Elias Ainsworth, he comes to the rescue in the nick of time. After all, this Pilum Murialis treats Chise as a family member. Oh wait, Elias treats her as his wife!

With that said, Mikhail Renfred and Alice will have to retreat for the time being because taking on the Thorn Mage would be suicidal. 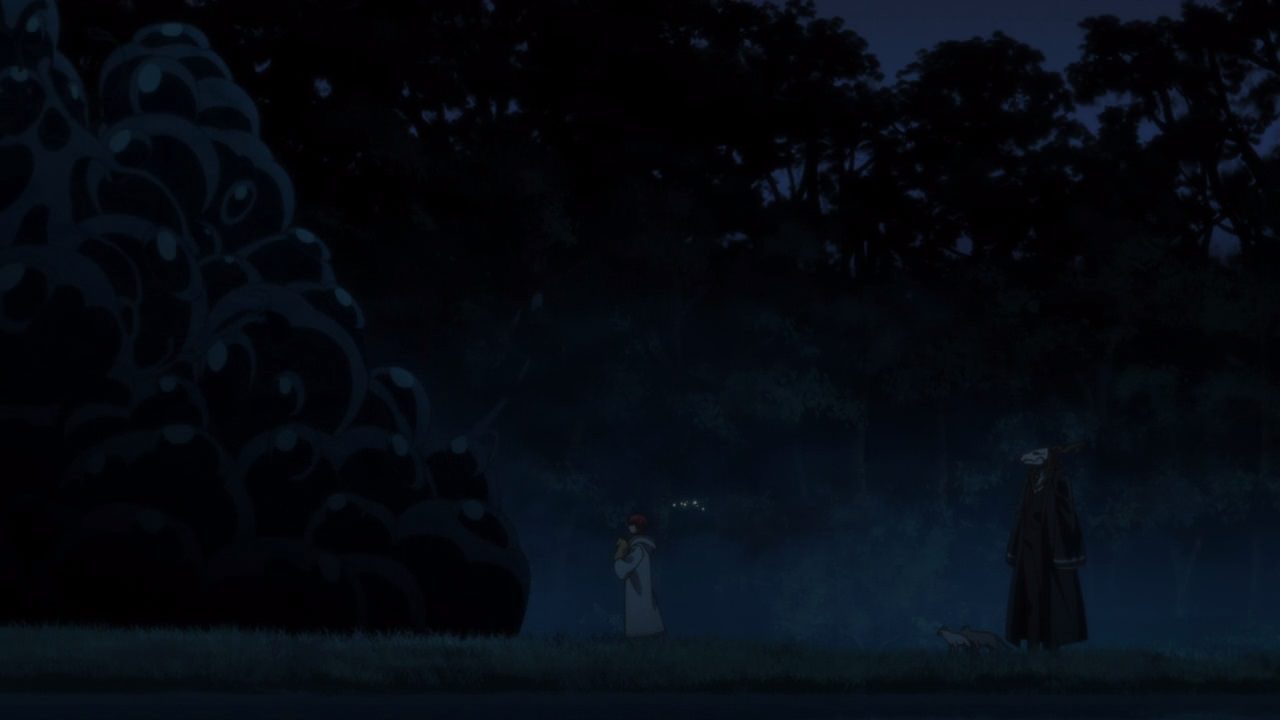 And now, it’s time for Chise Hatori, Molly, and her fairy Ariel to confront the corrupted soul of both Mina and Matthew. C’mon, Chise has a pure soul to purify a manifestation of regret and resentment. 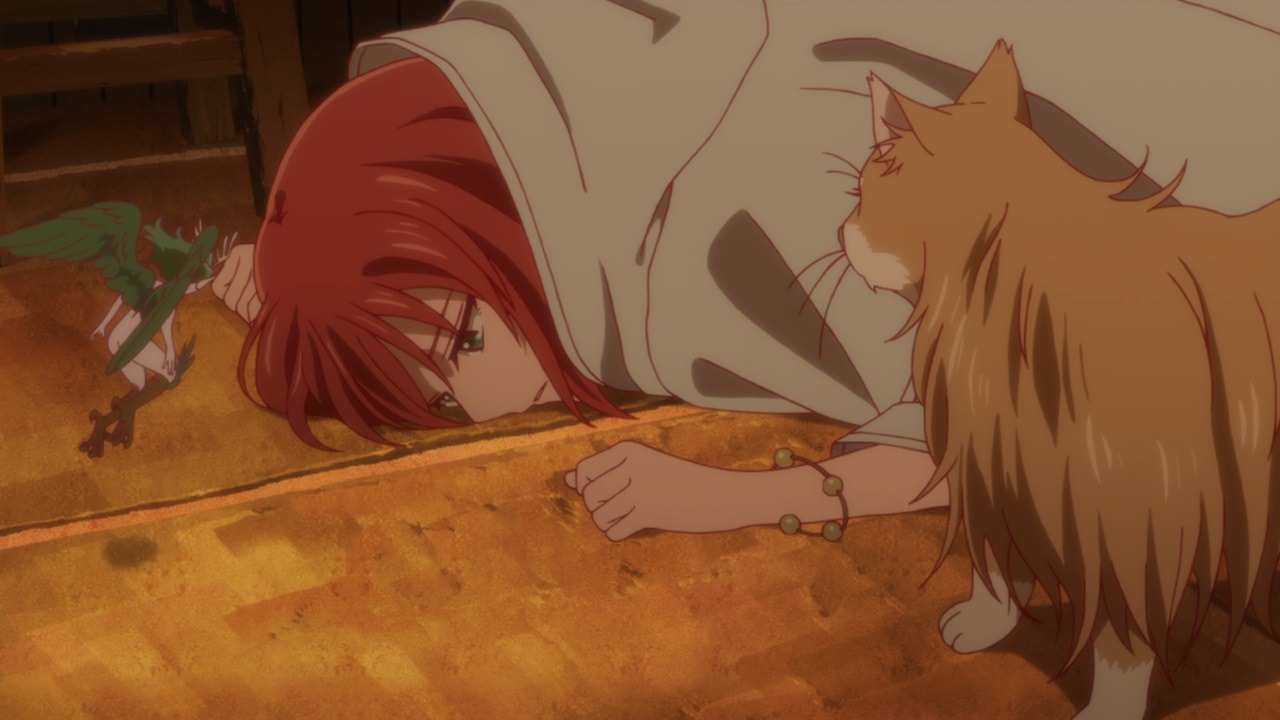 Once they confronted the corrupted pile of goo, Chise Hatori and Ariel arrived at some tavern. Well, they went deep inside the memories of Matthew. 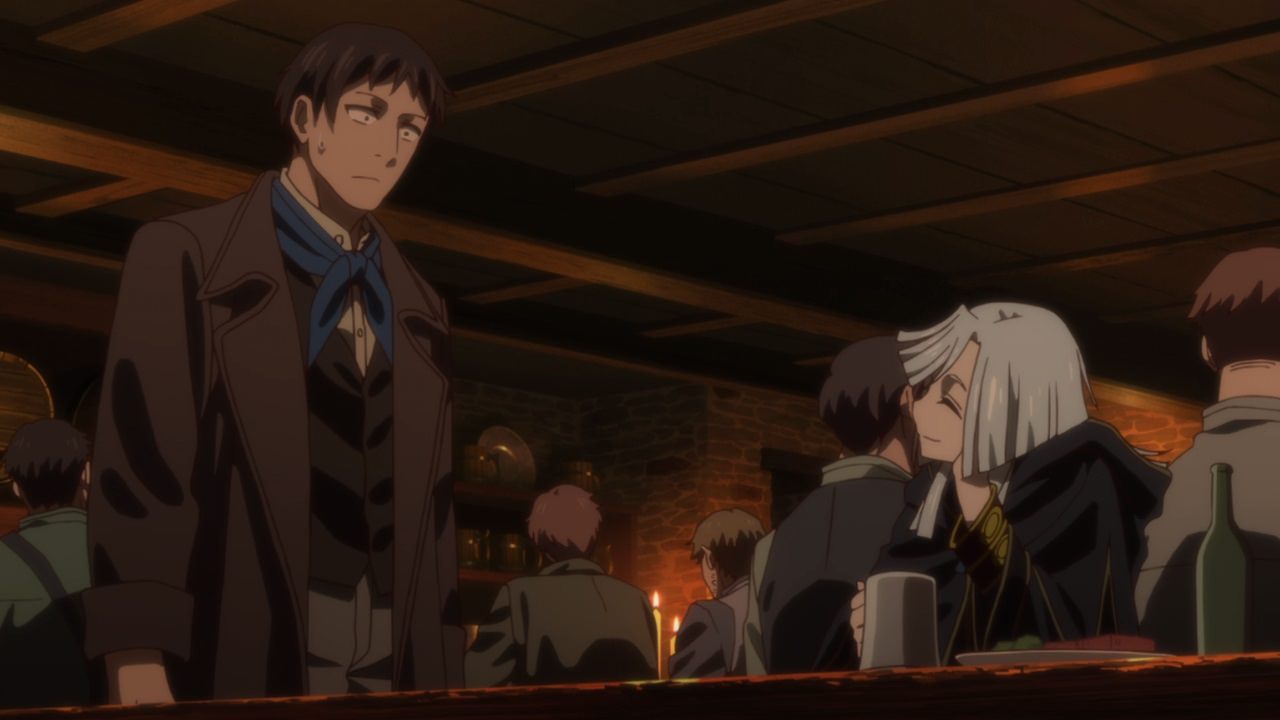 And speaking of Matthew, he met this sorcerer who claims that his wife Mina can be cured… if he could kill cats because they have nine lives.

You know, I feel that taking tips from a sorcerer is bad news as Elias and his friends pointed out that sorcerers creates magic for their amusement. 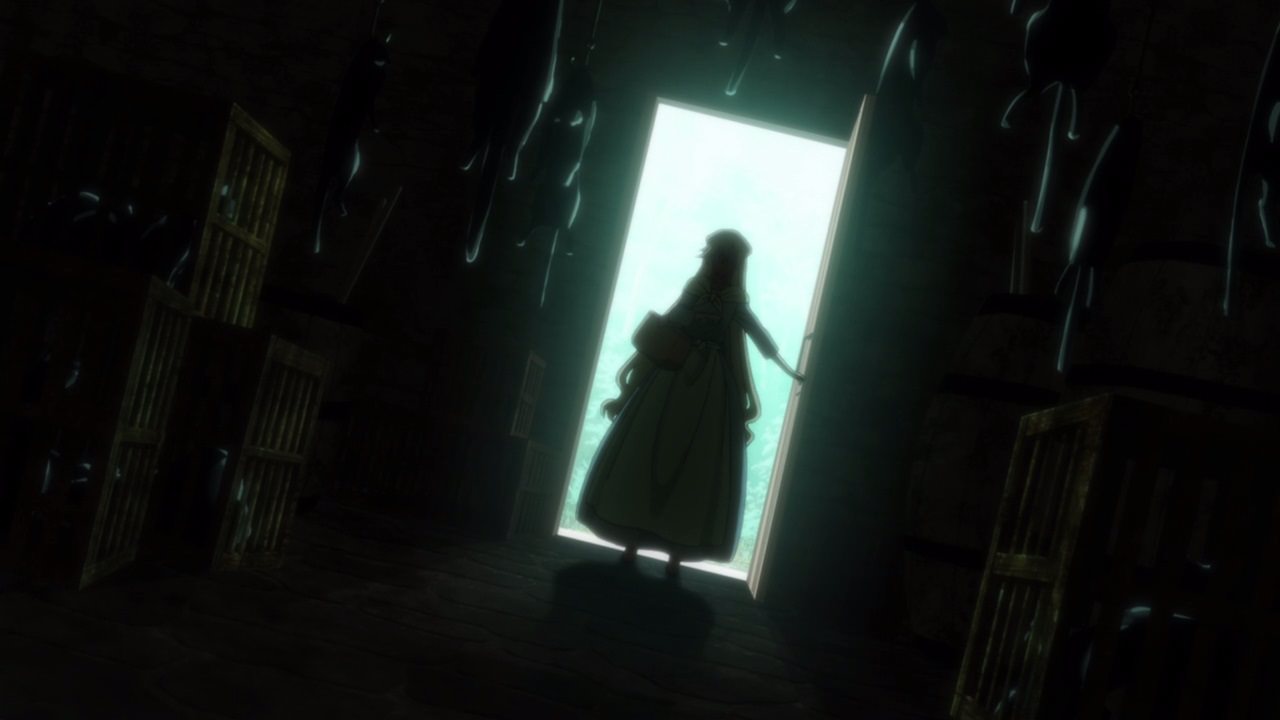 Now then, let’s go to Mina where she saw the horror of cats being hanged with their heads already cut off. 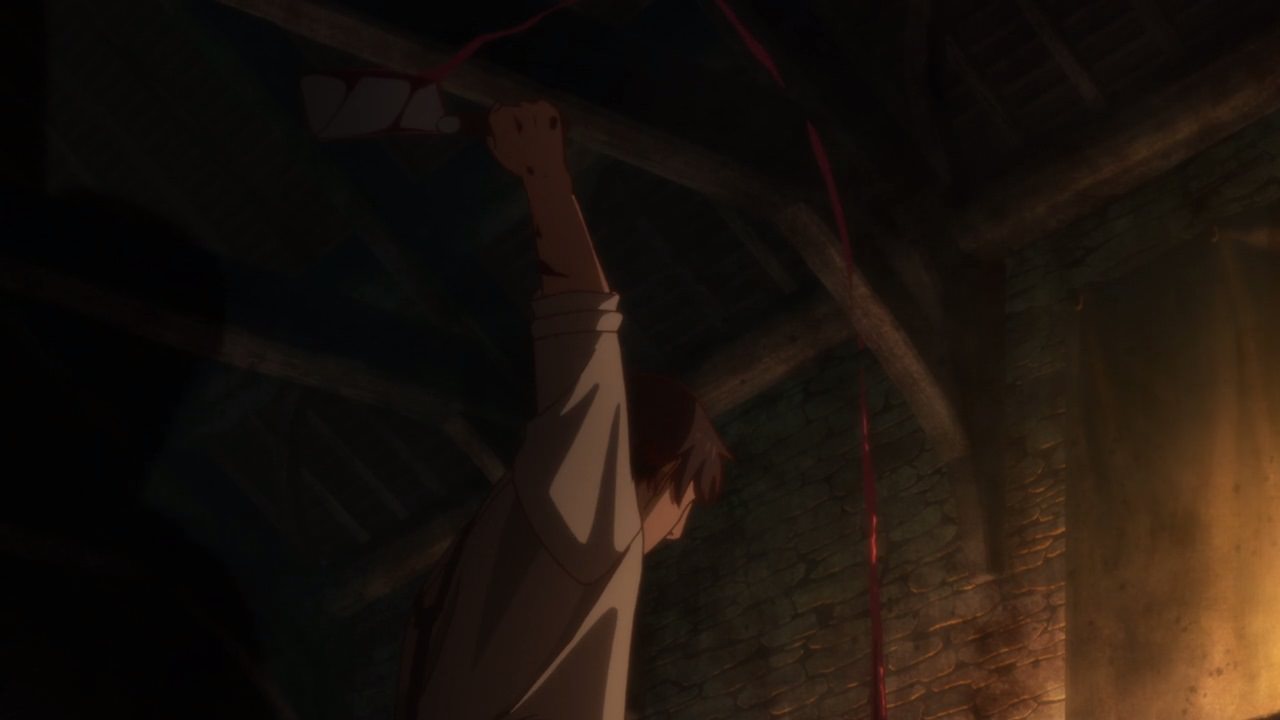 Oh, and here’s her husband Matthew as he finished killing off a cat for their blood, which it claim that it’ll cure Mina. But you know that it’ll go off horribly, right? 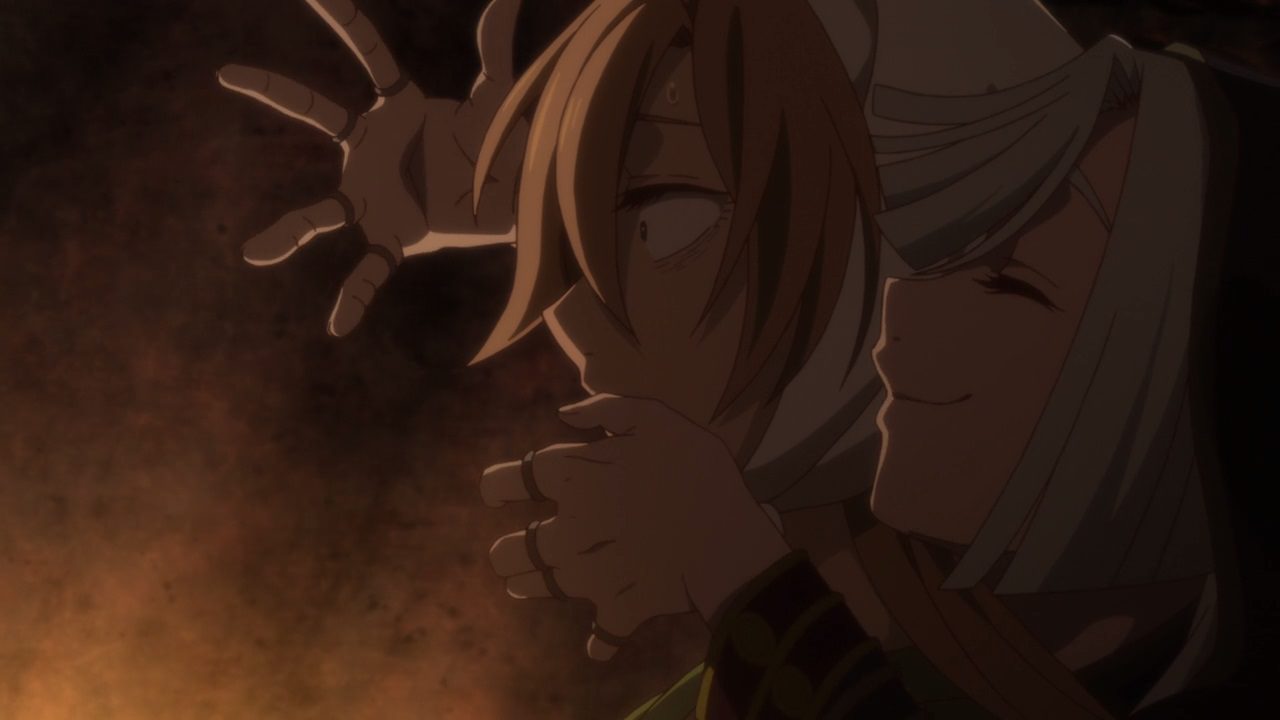 Anyways, the sorcerer arrived to grab Mina and force her to drink cat’s blood. 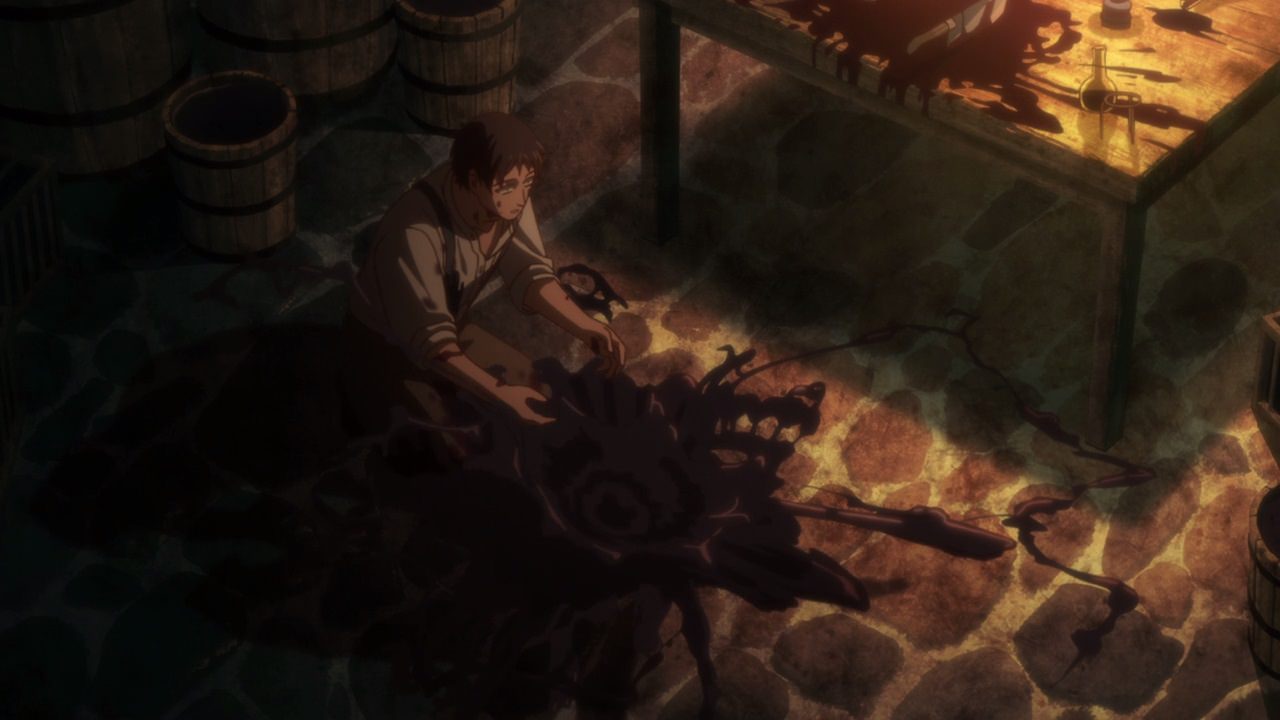 But once she drank it, Mina’s body disintegrated into a pile of goo in which Matthew was devastated upon seeing her wife drinking cat’s blood as recommended by the sorcerer. 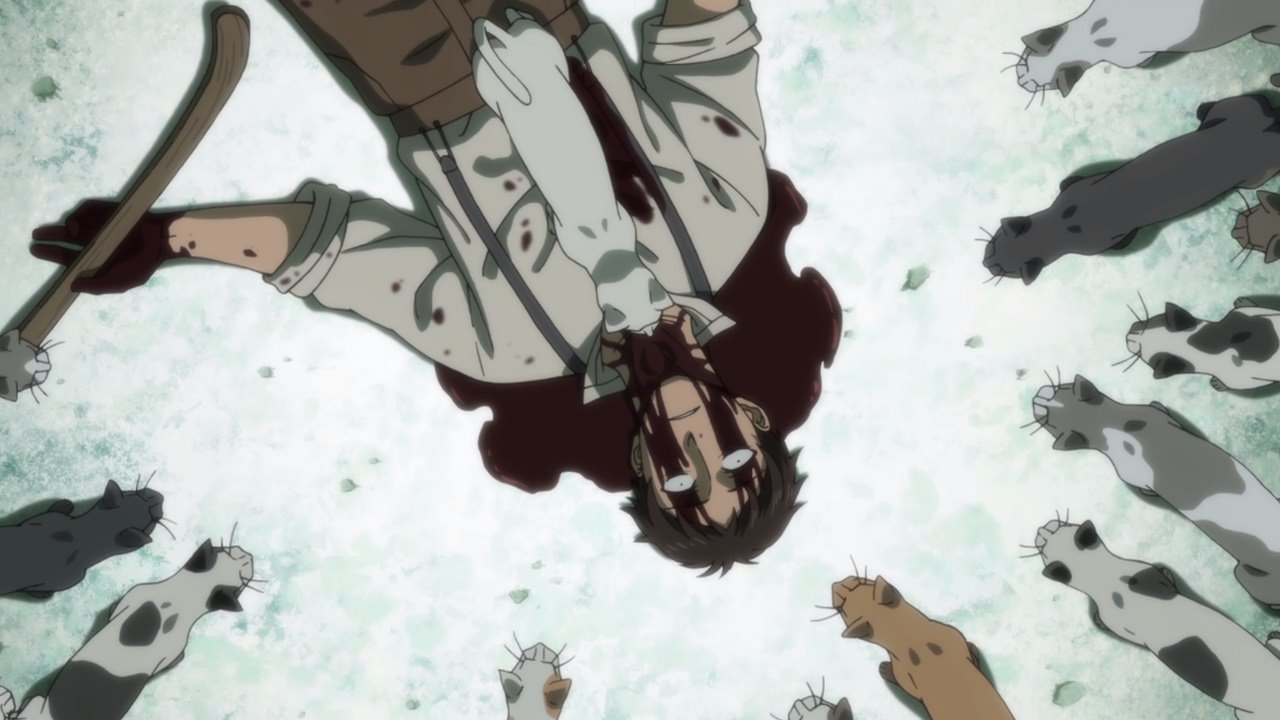 And afterwards, the cats revolted where Matthew’s pet cat Tim led the uprising and killed his master, which Tim considers Matthew as a demon thanks to the sorcerer. With that said, the cat kingdom of Ulthar is established after this ordeal.

Come to think of it, I blame that sorcerer for duping Matthew into killing cats and forcing to drink their blood onto poor Mina. Worst part, he got away scot-free which I’m fuckin’ mad about it! But now, it’s time for Chise to erase both Matthew and Mina. 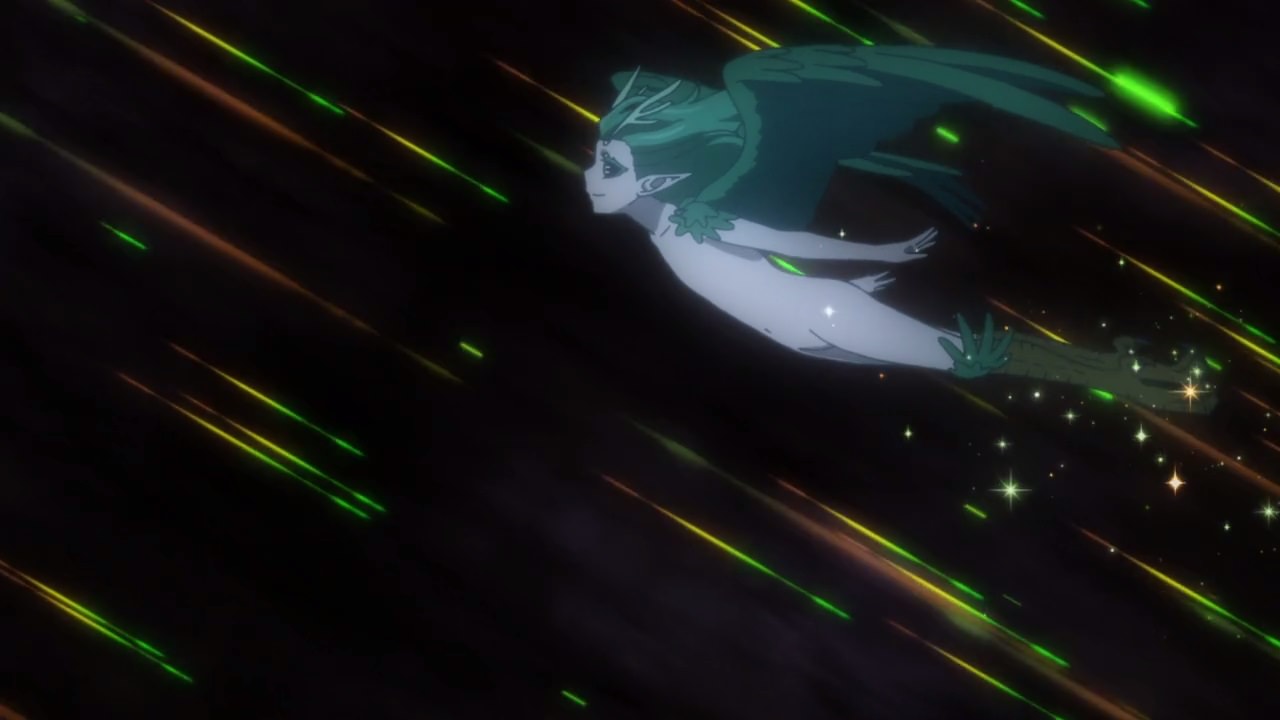 Of course, Chise Hatori has a better way to send them off to the afterlife as she told her fairy companion Ariel to use her powers. 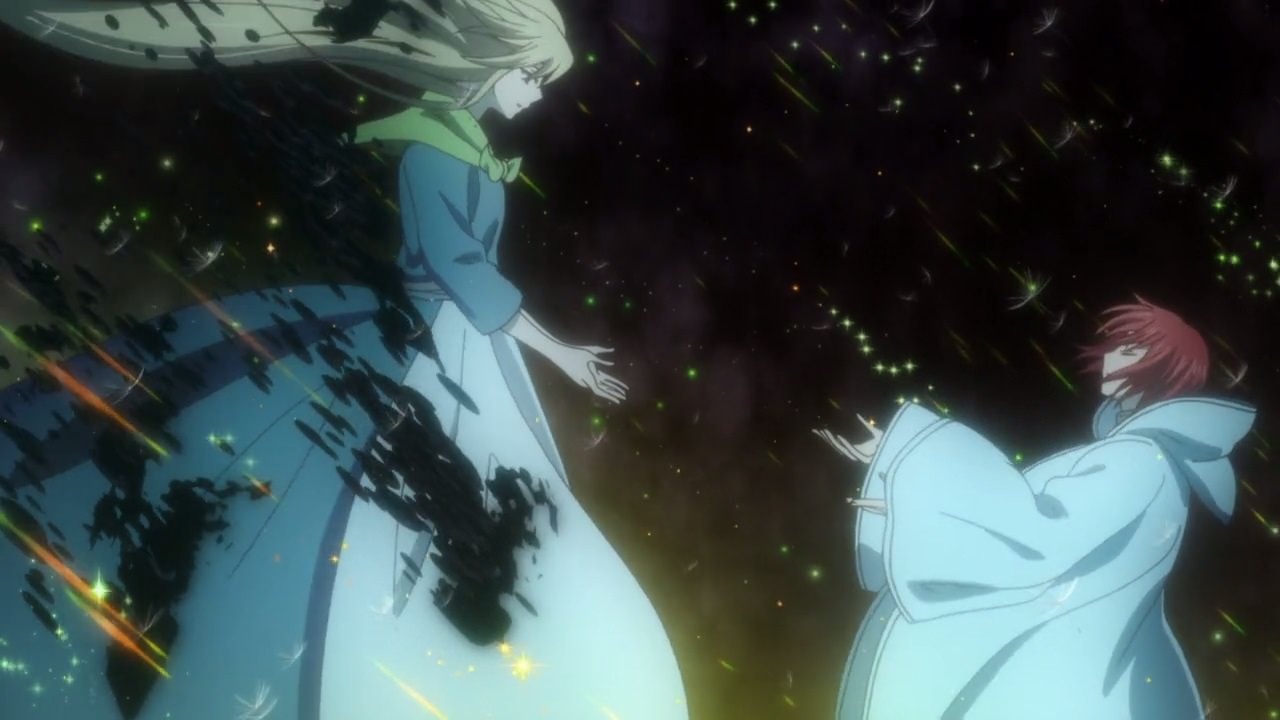 Now then, it’s time for Chise Hatori to properly cleanse both Matthew and Mina’s soul instead of erasing them. I mean, it’s better than destroying them completely.

Also, good job to Chise for making an alternate solution on stopping the disturbance from spreading further. 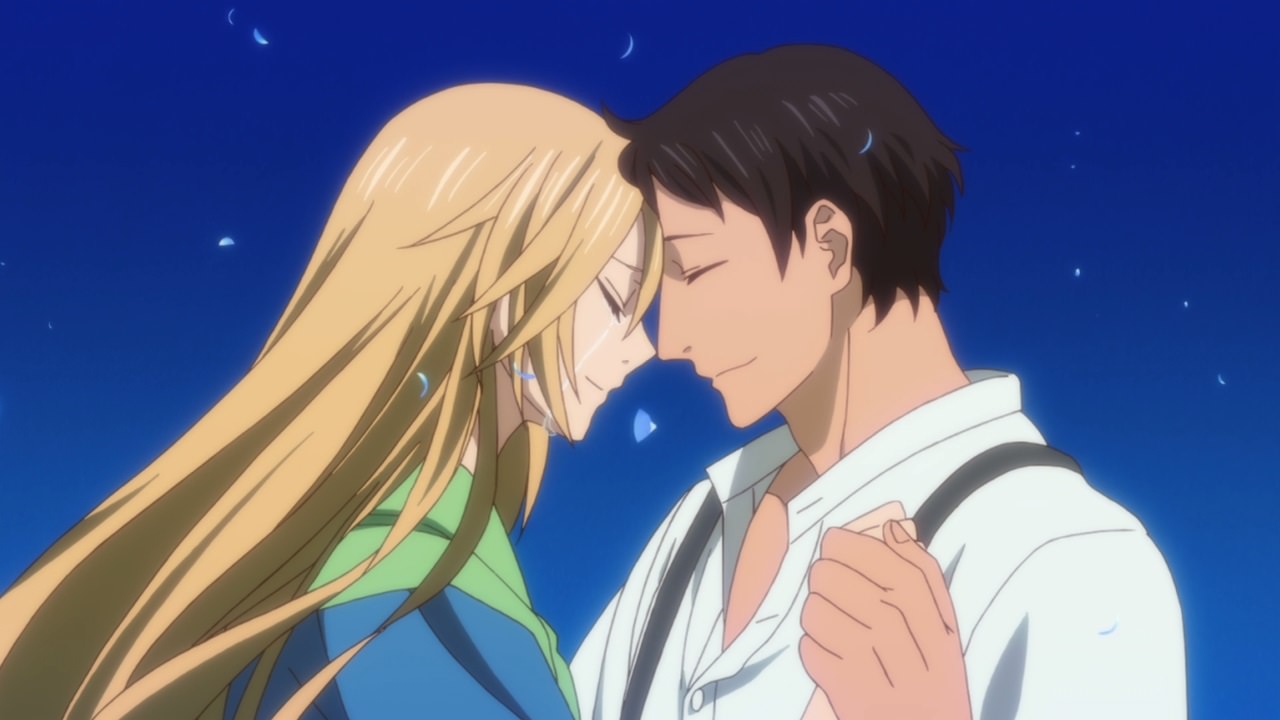 And so, both Mina and Matthew are reunited as they go to the afterlife.

Gotta say that despite the misfortune caused by that goddamn unnamed sorcerer, they got their happy ending! 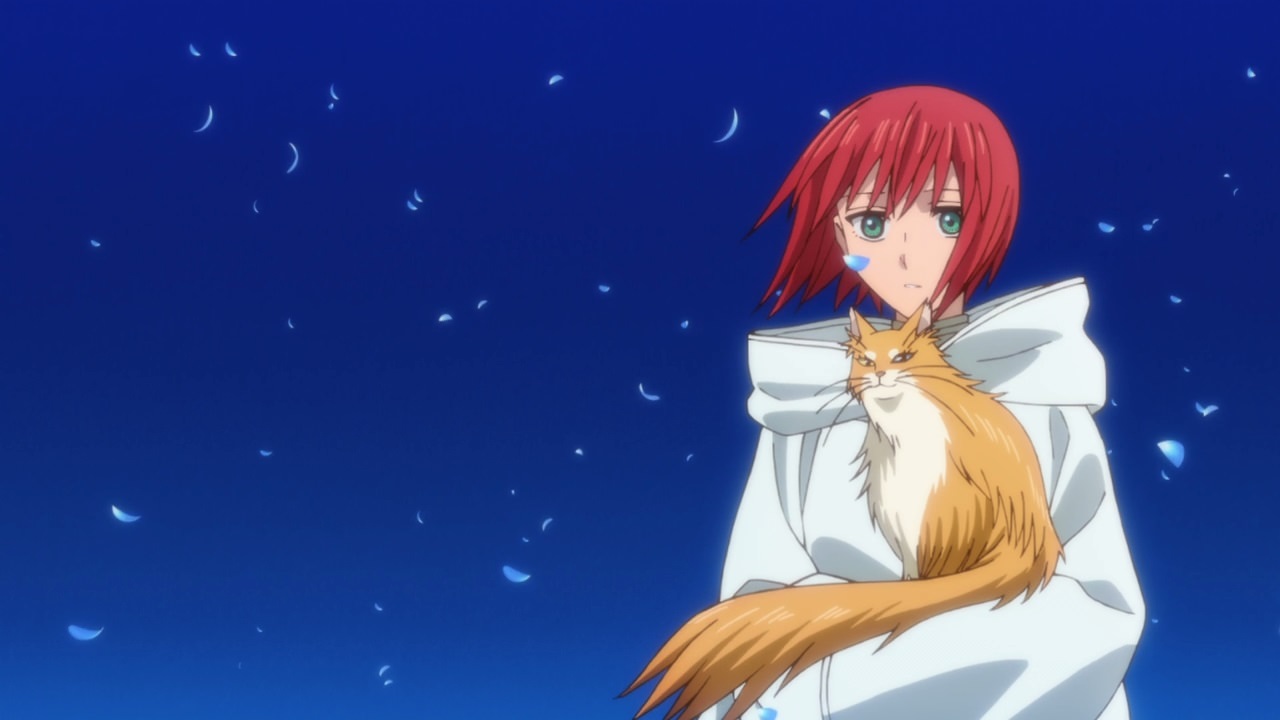 Oh and as for that sorcerer, I doubt that he’ll return to torment Chise Hatori. But when he does return, I wanna see him getting his ass kicked by Elias Ainsworth!

Anyways, what a great way to end this week’s episode as Chise accomplished her first task as a mage-in-training. With that said, I’ll see you next time!