Posted on November 6, 2017 by benigmatica 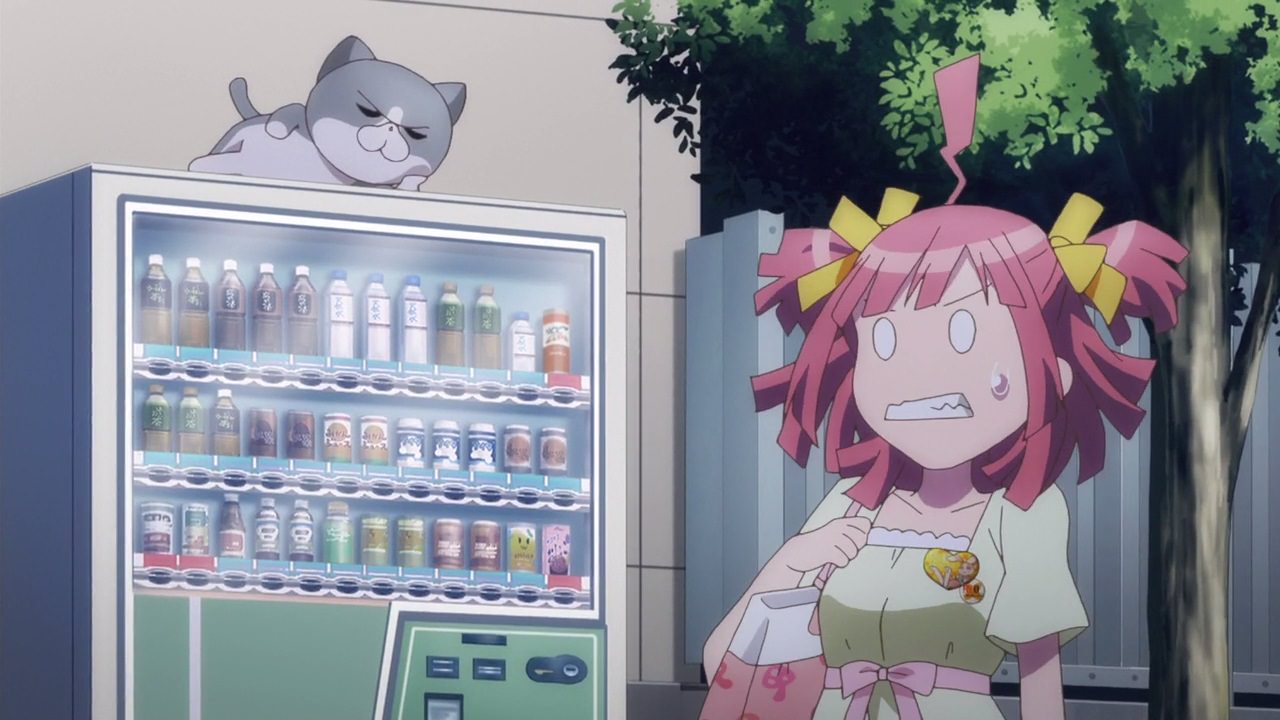 Oh look, here’s Neko-sensei as he asked Minoa Asagaya if she’s fully-prepared to go to that thing? Said thing happened to be the biggest anime convention ever which is Comic Market or Comiket for short.

And seriously, going to Comiket takes a lot of preparation and patience to go there and buy stuff that you want! 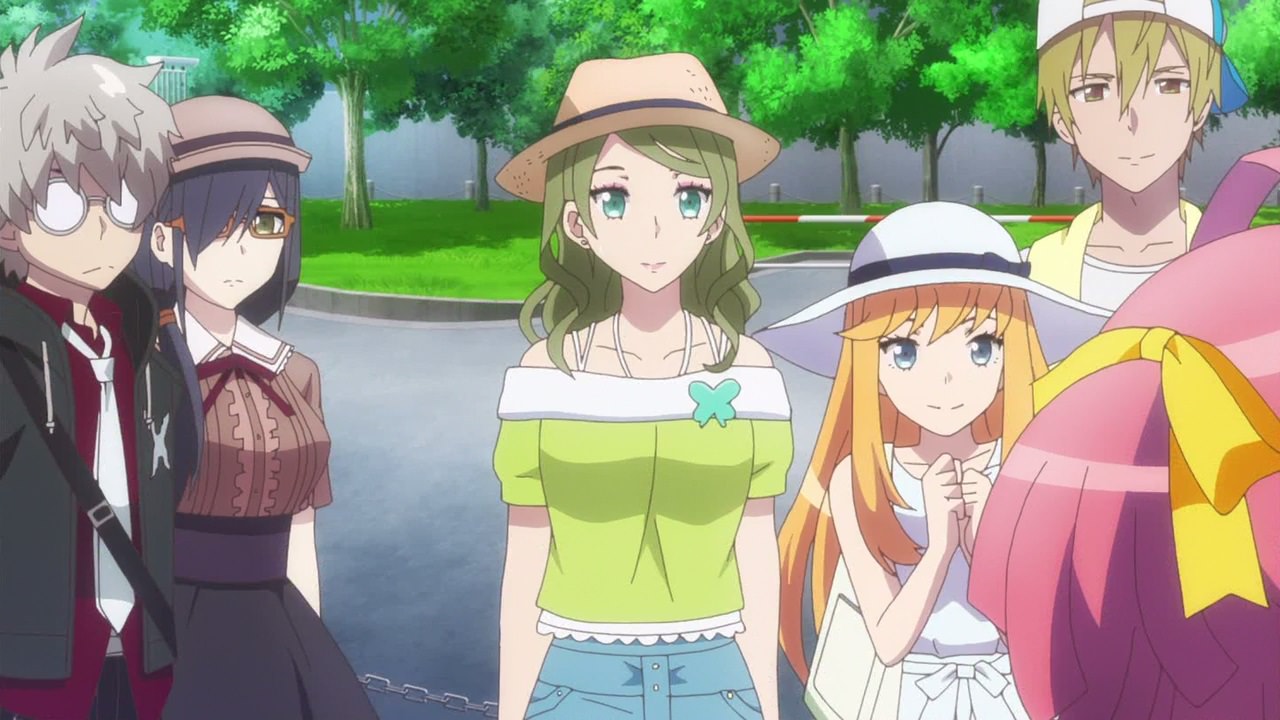 Anyways, here are the members of the anime research club as they’re lining up for Summer Comiket.

And seriously, summer means that you need a lot of water or sports drinks to re-hydrate. Oh, and don’t forget to have someone guarding your spot when stepping outside to go to the bathroom. 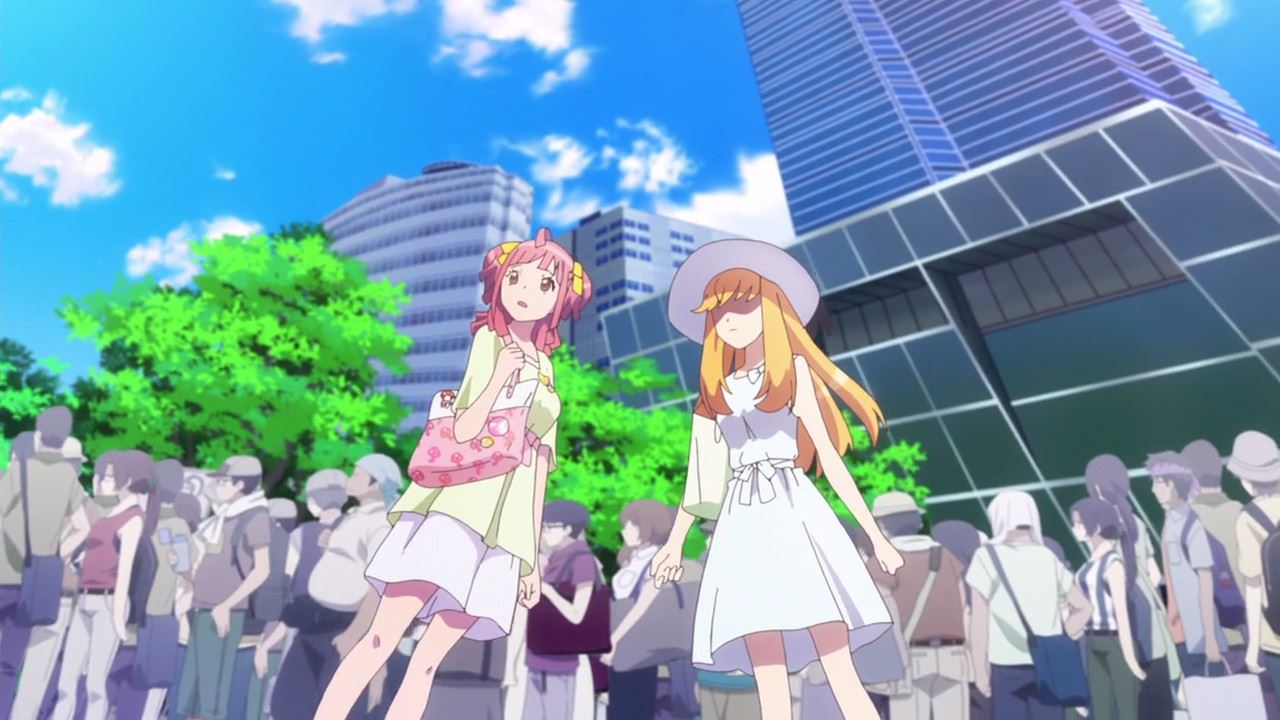 Unfortunately for both Minoa Asagaya and Arisu Kamiigusa, they’re pretty much lost in the crowd after relieving themselves.

Yeah, they need someone who experienced going into Summer Comiket. Heck, even Arisu’s butler couldn’t save her and Minoa at this time. 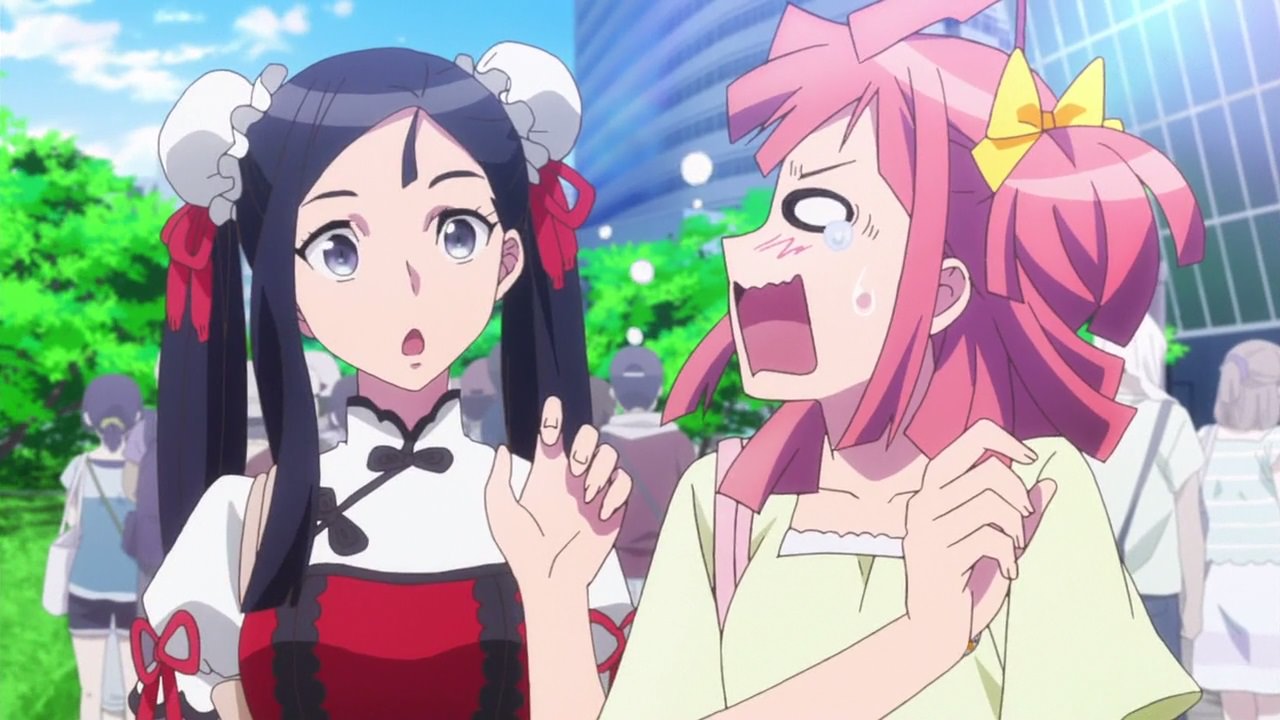 Fortunately, someone did as I would like to introduce you to Yang Beibei, a Chinese anime fan who loves watching Re:Zero (or Ru:Zero in Animegataris’ case) and like both Arisu and Minoa, she’s also a first-timer in Summer Comiket.

Oh by the way, Beibei knows how to speak Japanese thanks to anime. Then again, airing or streaming anime in China is a tough order since some titles will have to comply with their censorship laws, although some hardcore fans circumvent this by watching anime illegally. Also, it’s funny that Animegataris is being produced by one Chinese company named JY Animation. 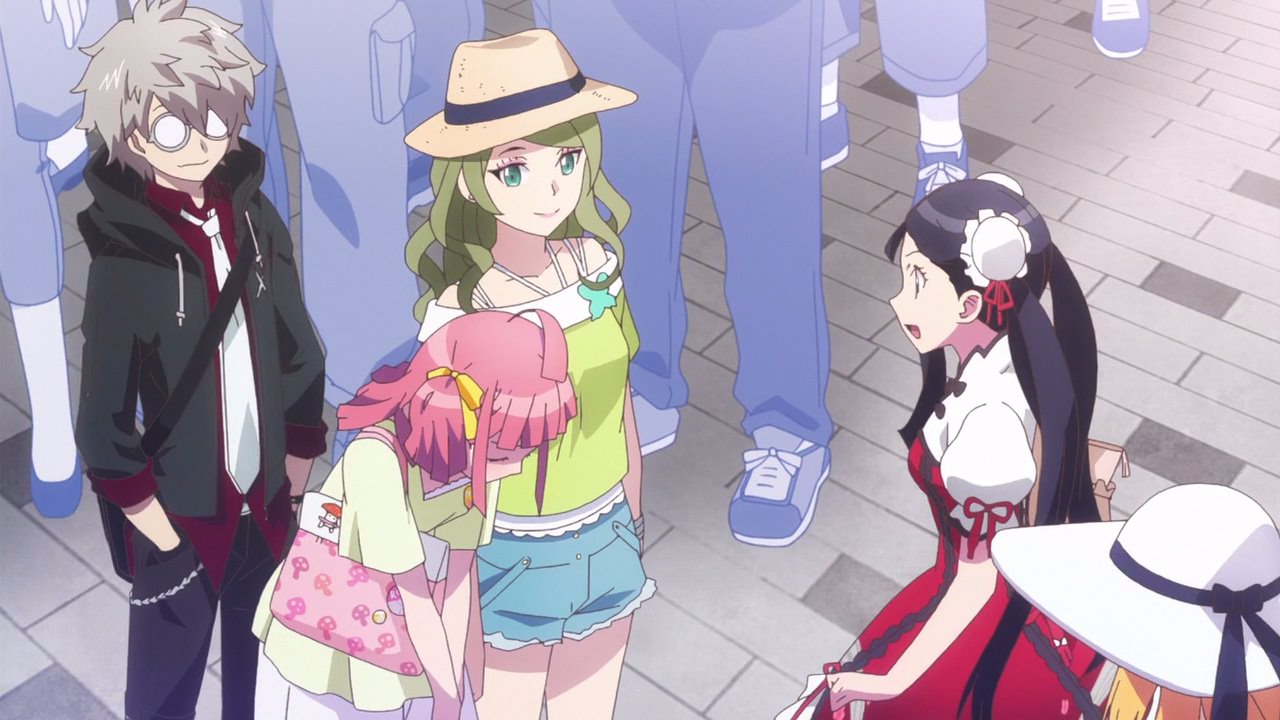 In any case, both Arisu-chan and Minoa have returned to the anime club thanks to Yang Beibei. Now that they returned to their queue, it’s time to start the Summer Comiket as the staff opened the floodgates! 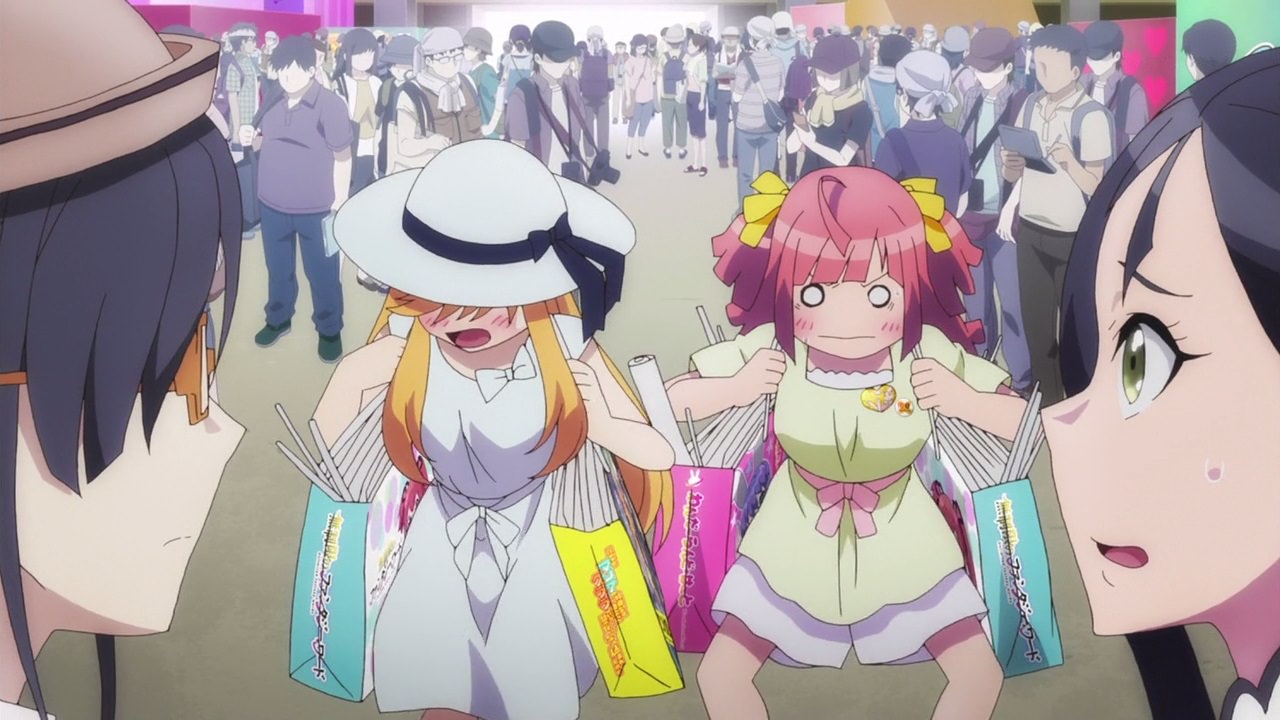 Of course, another challenge is finding your favorite stuff, be it doujinshi or other merchandise like keychains.

Oh, and let’s not forget that all of them are in limited stock so they need to buy it before it’s sold out. Also, freebies are not included because c’mon, they’re mostly consists of paper bags to store your bought goods and pamphlets.

Obviously, both Minoa Asagaya and Arisu Kamiigusa are new to this but they’ll eventually enjoy coming here at the Summer Comiket. Heck, they might return to Winter Comiket if they have the time! 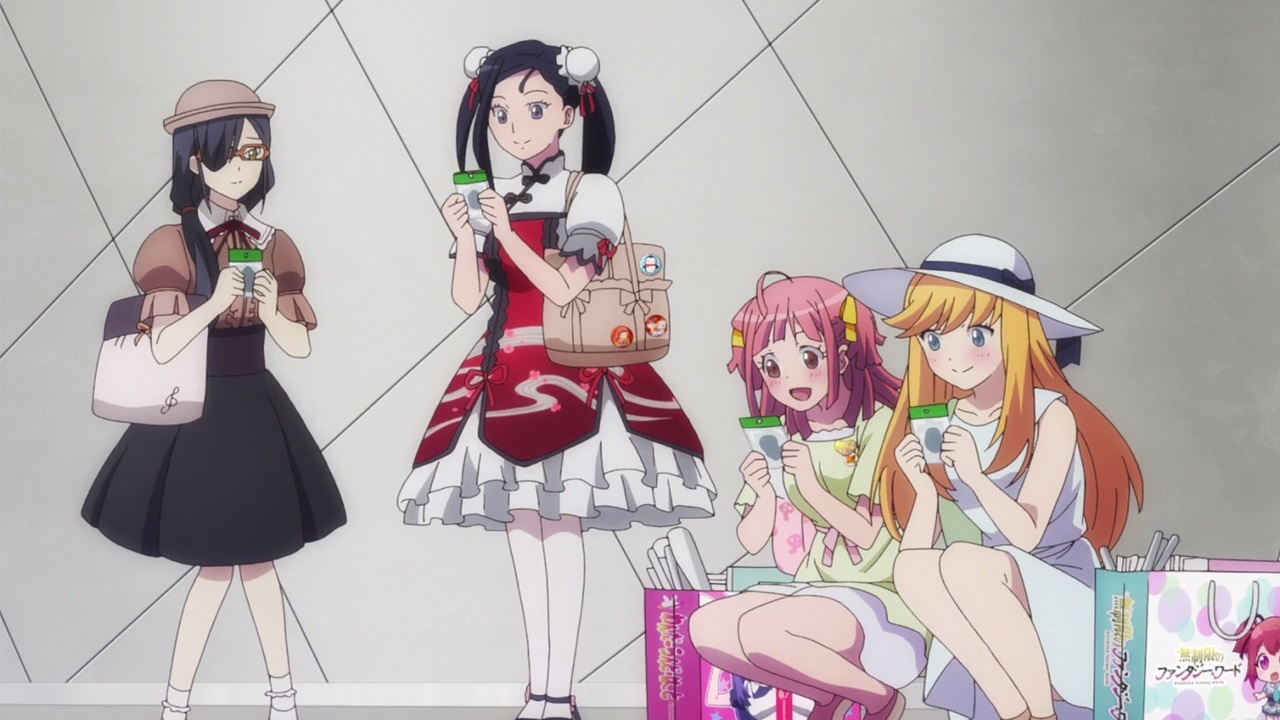 Anyways, it was a good episode for this week as Minoa and Arisu got what they wanted in Summer Comiket. On the other hand, what happened to the rest of the anime research club?