Posted on November 9, 2017 by benigmatica 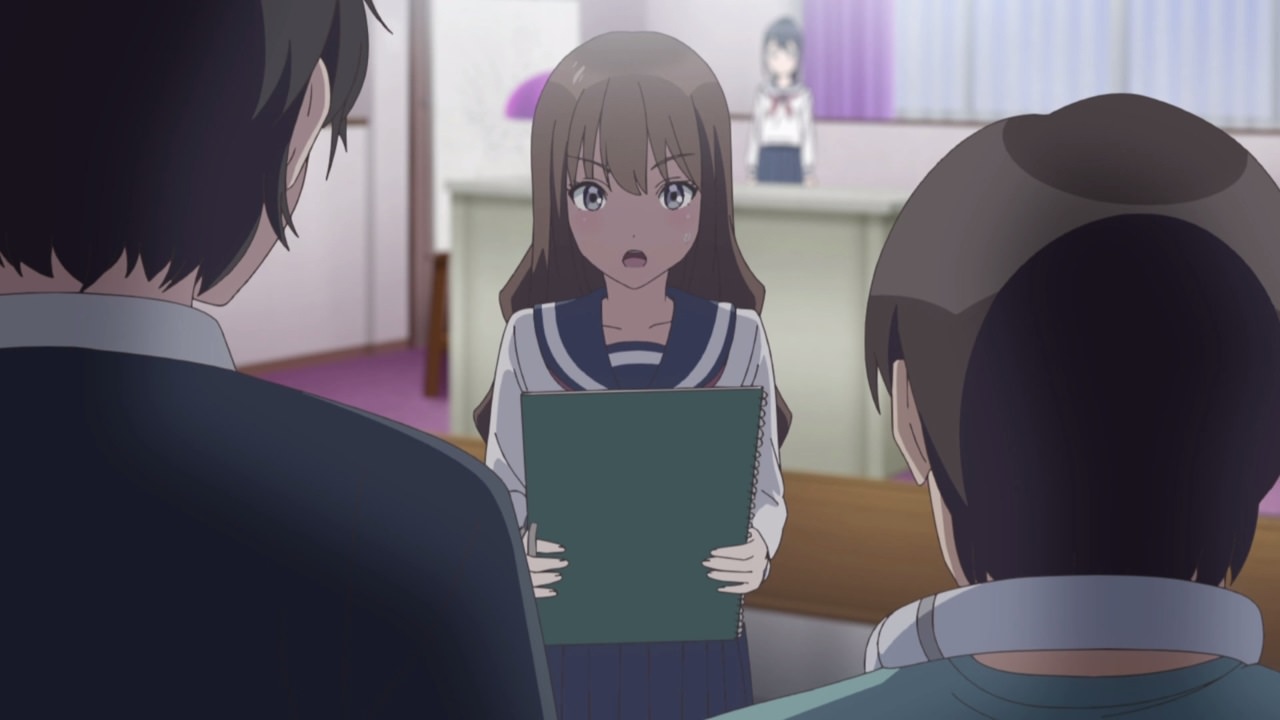 Hey everyone, let’s focus on one particular idol instead of the usual Wake Up, Girls! as Shiho Iwasaki takes the spotlight.

It seems that Shiho cared about the success of the drama series “The Dreaming Duo” that she talked to the staff on how to get better, much like how Mayu Shimada is participating in brain-storming sessions in the previous episode. 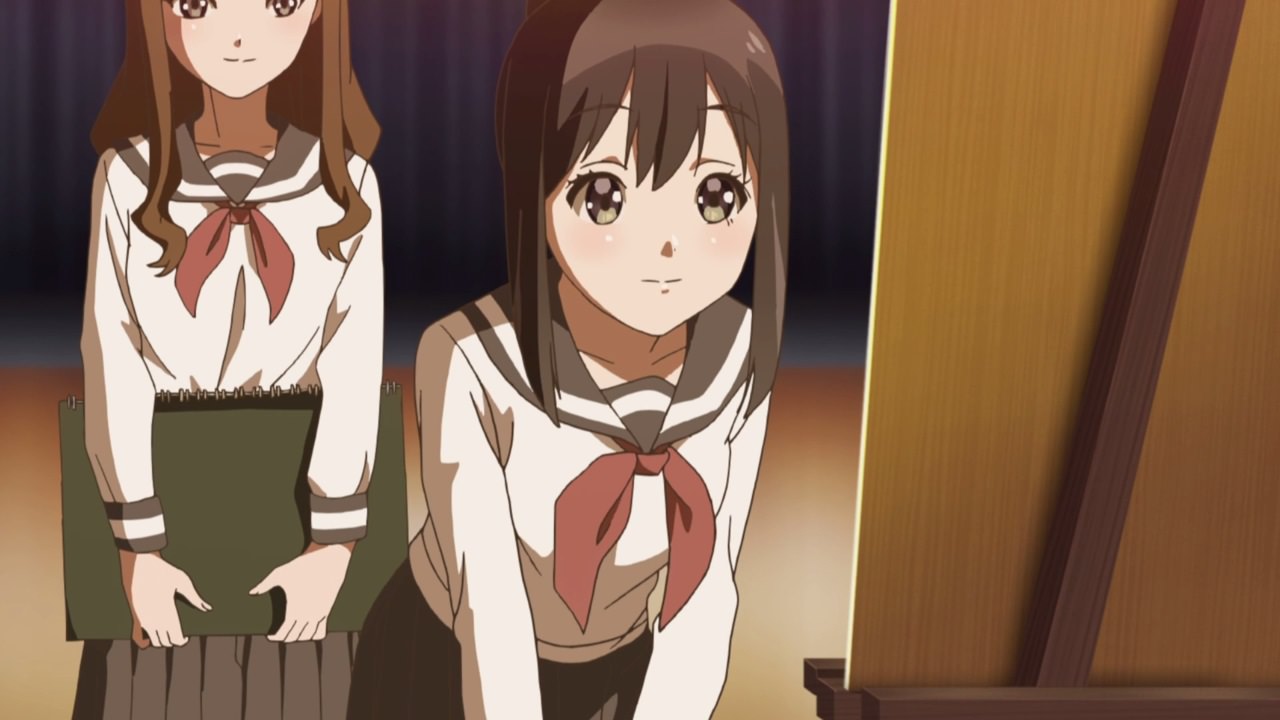 Eventually, Shiho managed to become better at acting that she fits her role as Mitsuki. 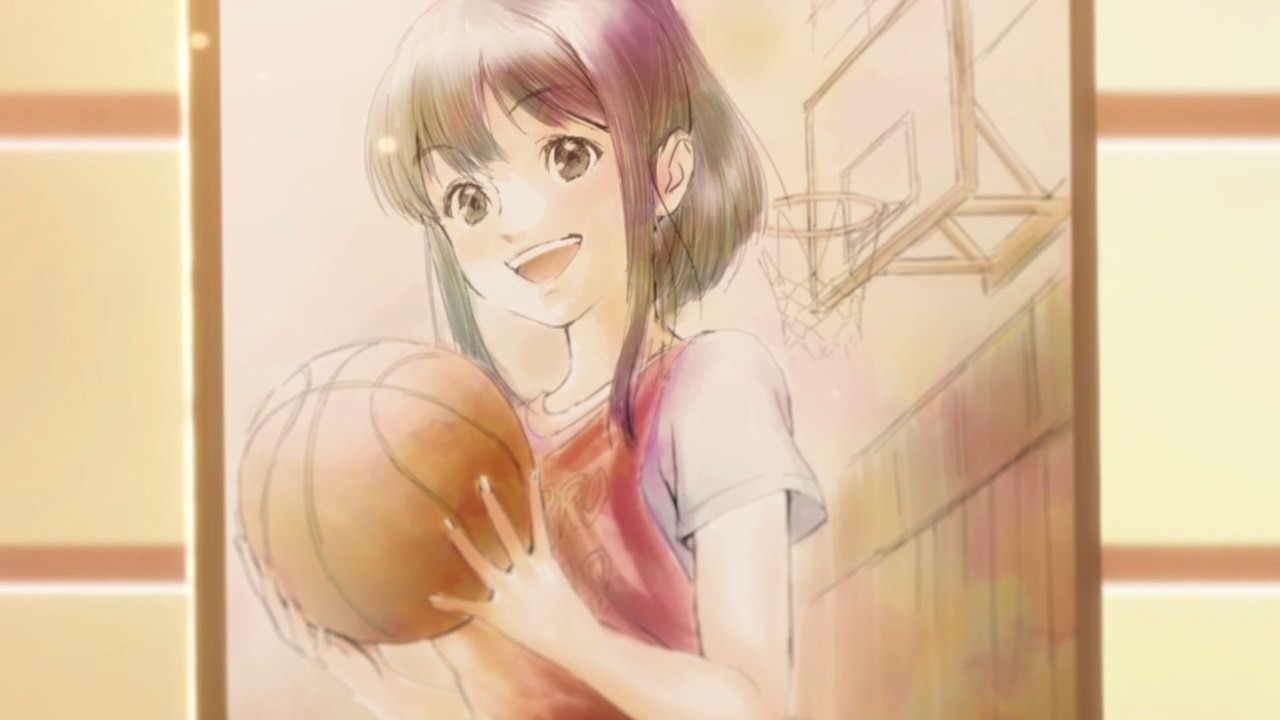 Heck, Shiho got better at drawing as she presented a sketch of Yoko. Honestly, I was scared that Iwasaki will be left behind, but it looks like she improved over-time that Shiho is on par with Mayushi. 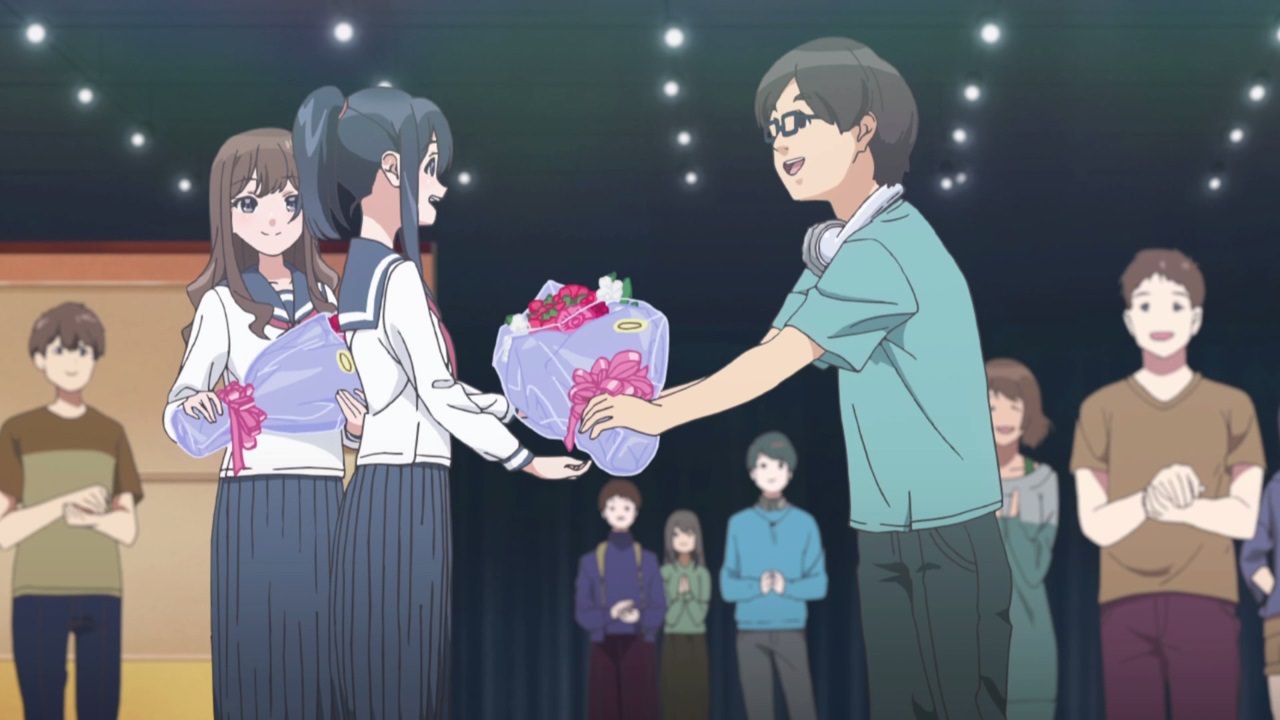 With that said, the production of “The Dreaming Duo” has ended as both Mayu Shimada and Shiho Iwasaki received a bouquet of flowers for a job well done!

Well, I hope that the ending for this drama series would be great. Then again, this show won’t feature the last episode of “The Dreaming Duo” as we move onto the next scene… 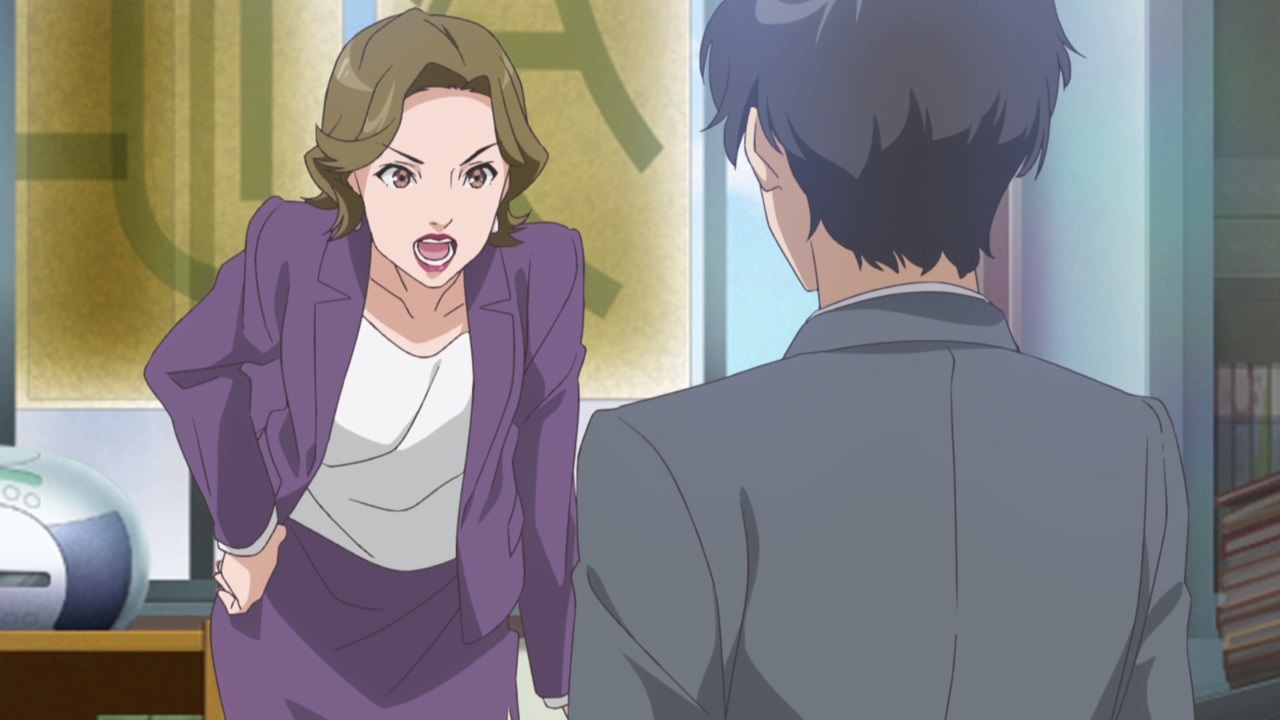 …as Junko Tange told Kouhei Matsuda that Green Leaves Entertainment will be holding a Wake Up, Girls! fan meeting.

Oh, and it’s not gonna be a typical handshake event and a talk show. 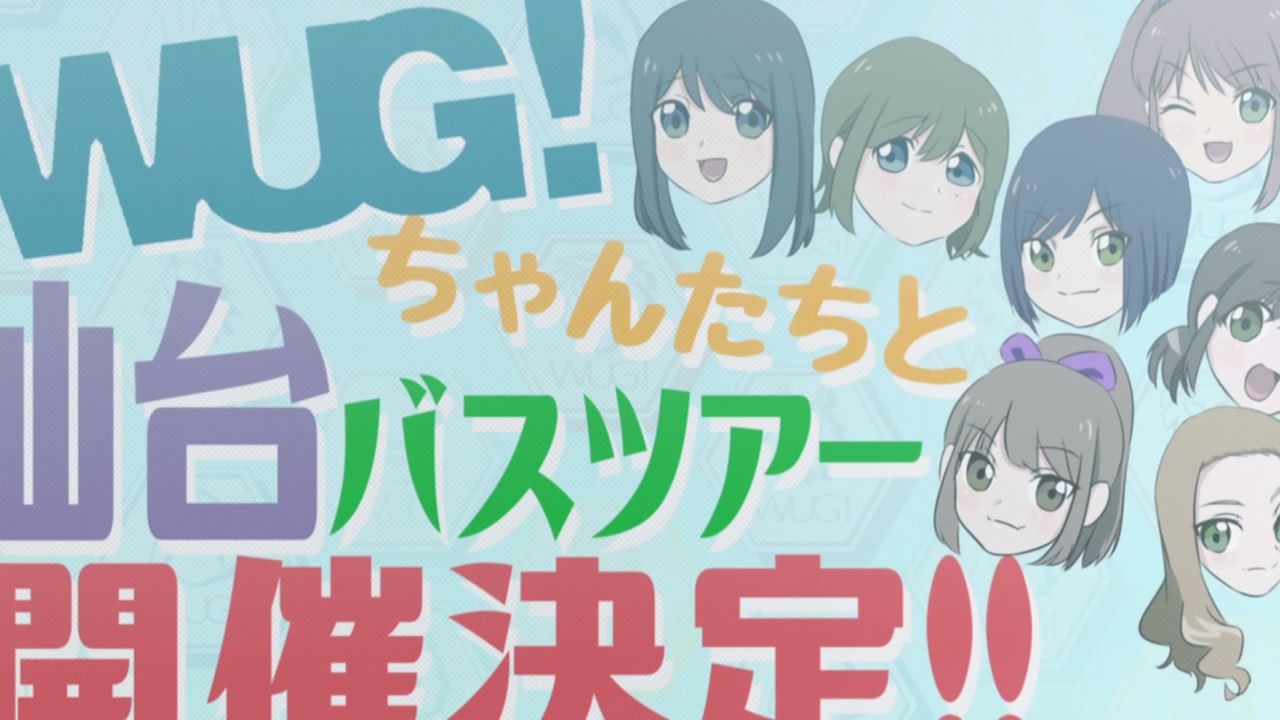 It’s gonna be a bus tour where WUG! and their fans will travel across Sendai.

It’s great that it not only builds their local fanbase even more, but it helps the local economy of the region since it’s rebuilding itself from the 2011 Tohoku Earthquake. 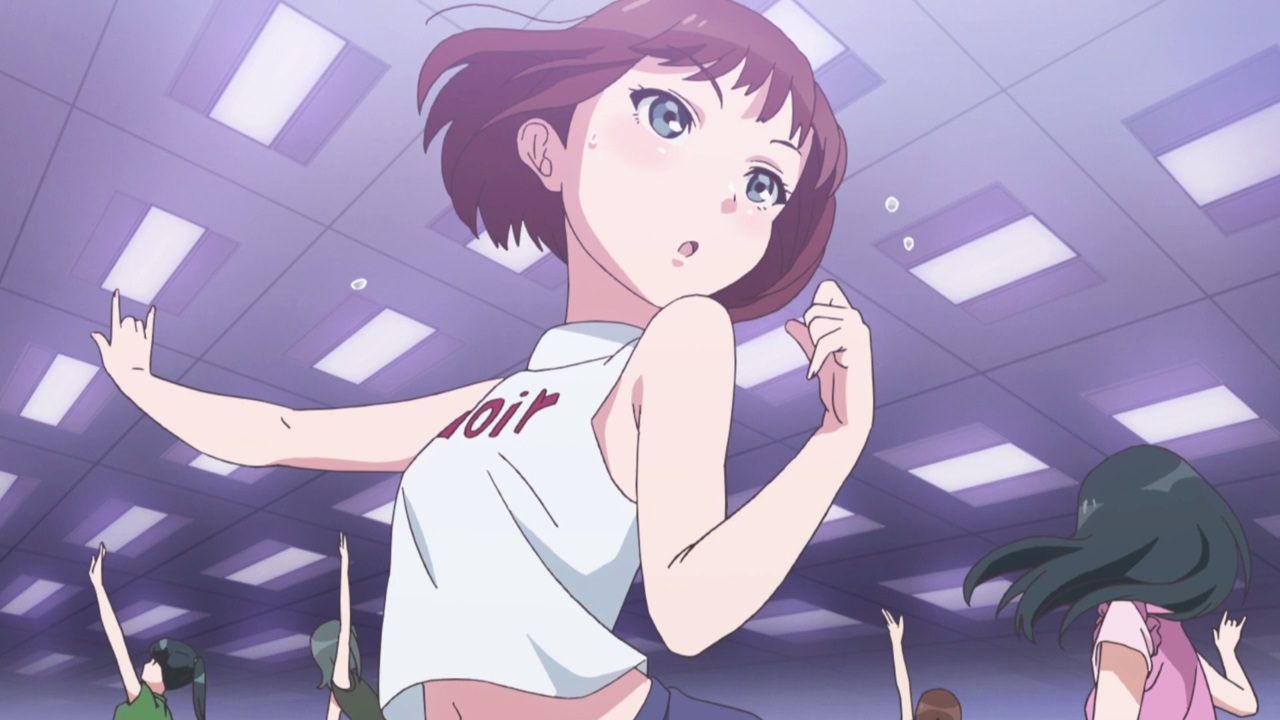 Meanwhile, Moka Suzuki has returned to I-1 Club after recovering from her ankle sprain.

Yeah, she’s doing fine now but Moka and her fellow I-1 Club member will have a shocking news. 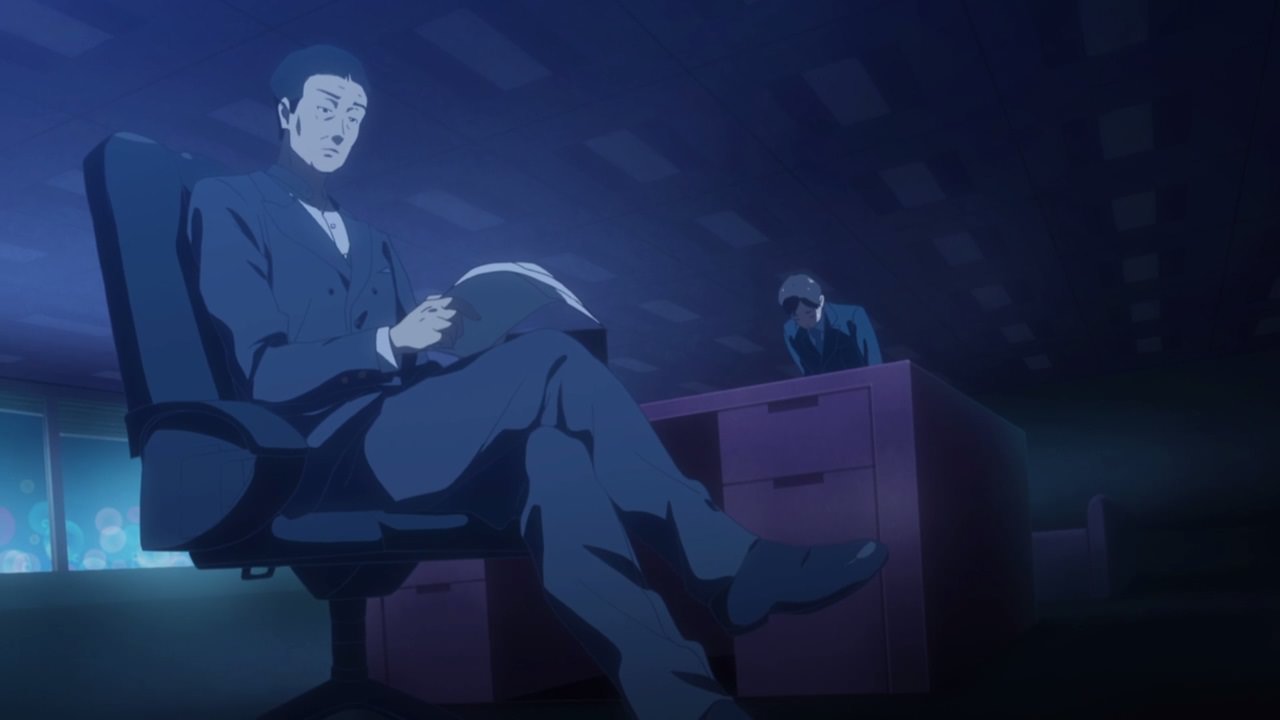 Turns out that their producer Tooru Shiraki will close or consolidate under-performing theaters across Japan. The Nagoya theater is merged with Osaka, while the Yokohama theater is no more.

Honestly, Shiraki-san will have to re-evaluate the future of I-1 Club as a brand and as a musical act, or it’ll end up getting defunct in the most anti-climatic fashion like Saint 40. And seriously, I-1 aiming for a million CD sales might be lofty but it’s very unrealistic given that most of the mainstream audience are changing their tastes. Maybe the age of female idols is no more (except for male ones if you’re part of Johnny & Associates, which they’ll force the boys to act like boys even they have grown up into men).

And that’s about it for this week’s episode as I’m looking forward for the bus tour next week! I hope that there are no controversies surrounding Wake Up, Girls!