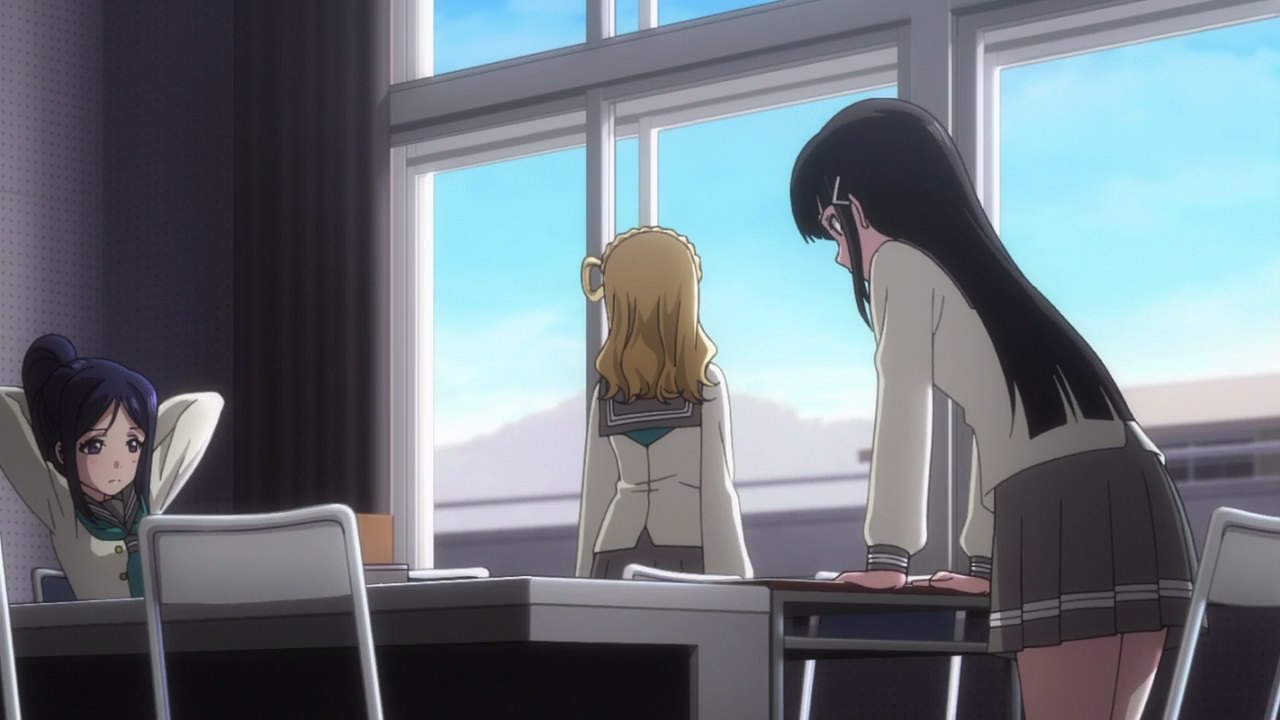 Well everyone, looks like Uranohoshi Girls’ Academy got 57 new students for the next school year.

However, it’s not enough to save the school from being consolidated by a bigger one in Numazu, so the third-year students have one chance to get the required 100 new applicants. And it all comes down to the regional qualifiers! 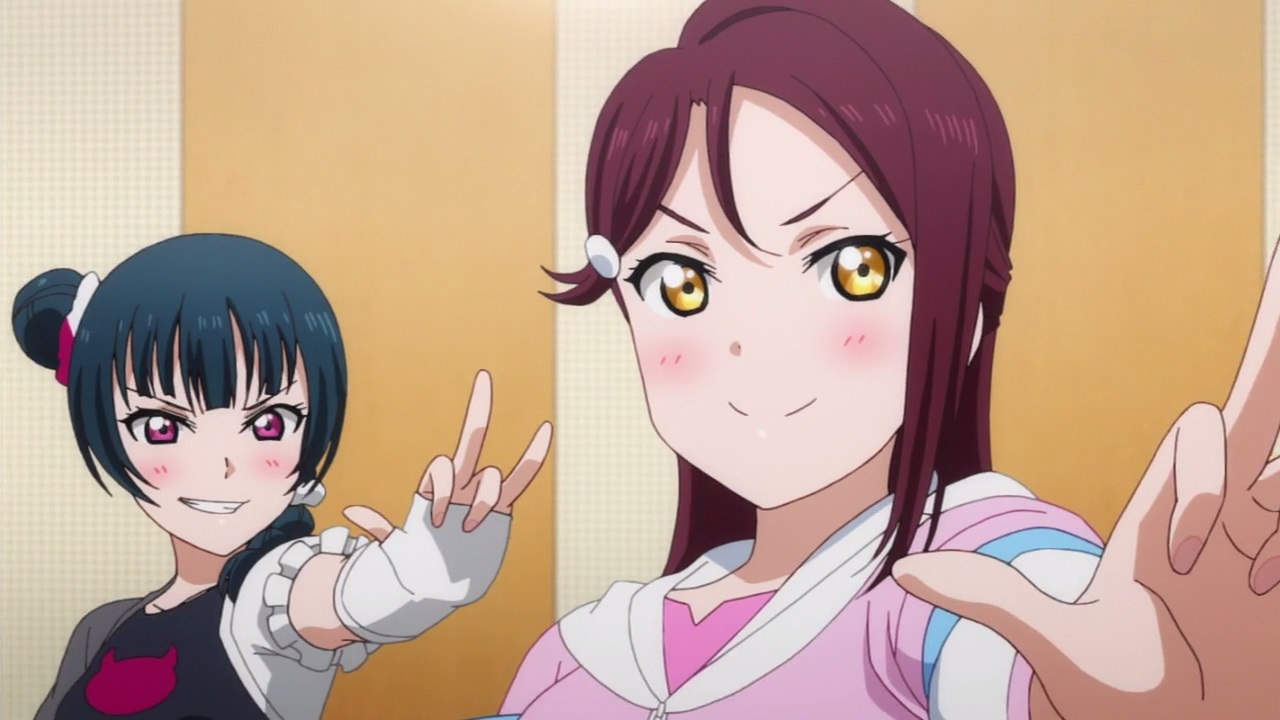 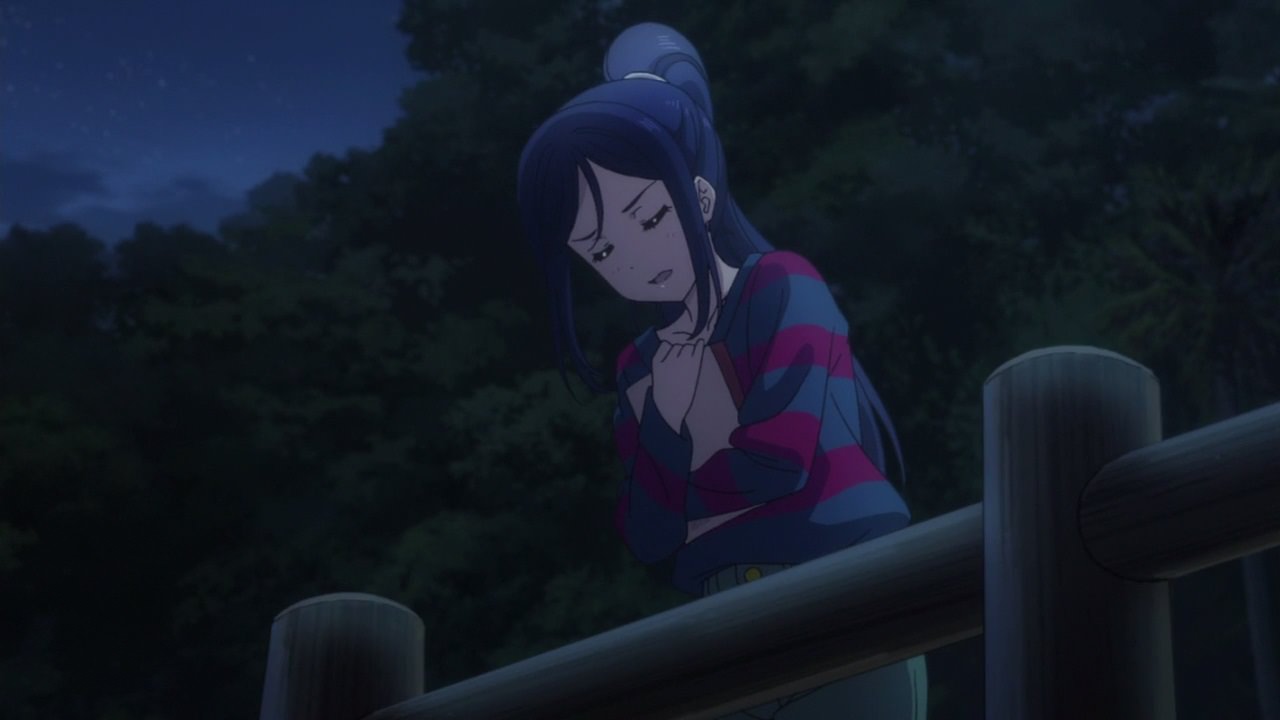 That’s because there’s a dilemma in regards to Aqours’ next performance at the regionals.

Heck, Kanan Matsuura is worried that the next one would be disastrous that she remembered Mari Ohara getting an ankle sprain two years prior. 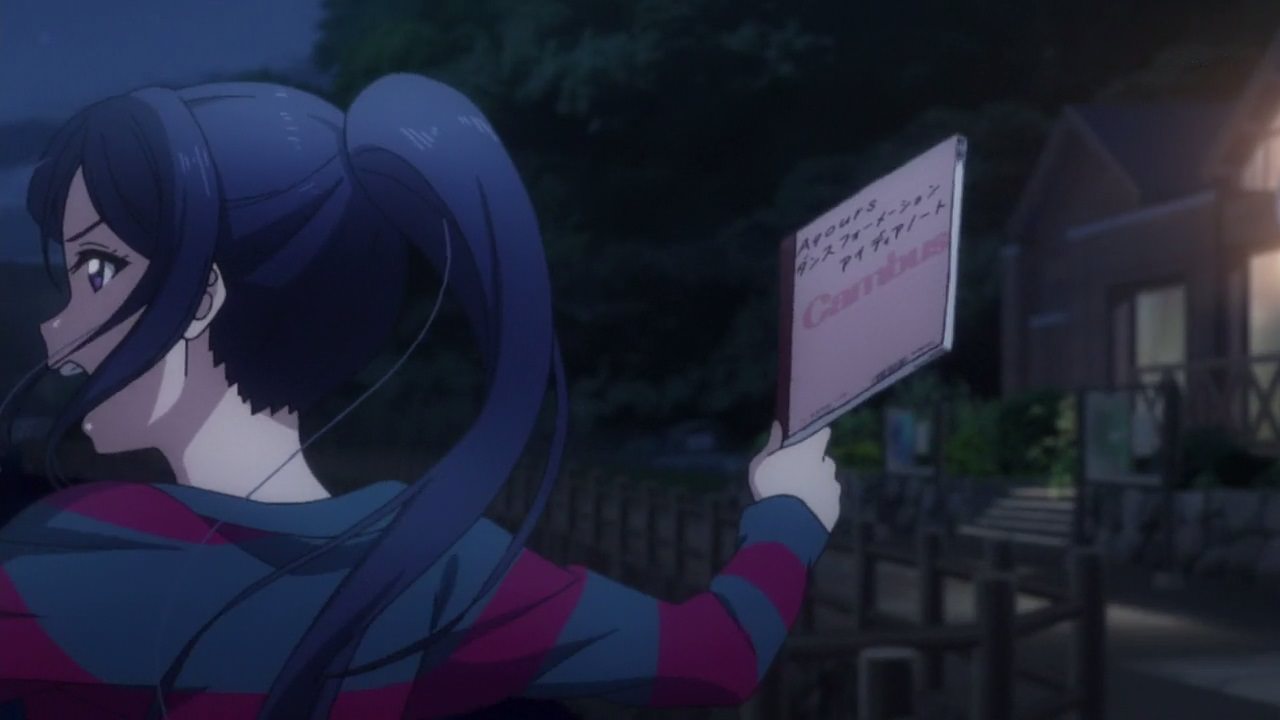 Fearing that her fellow idols might do the same and get hurt because of it, Kanan throws her notebook which contains the dance steps, formations, everything that’s important for an idol group to become successful. 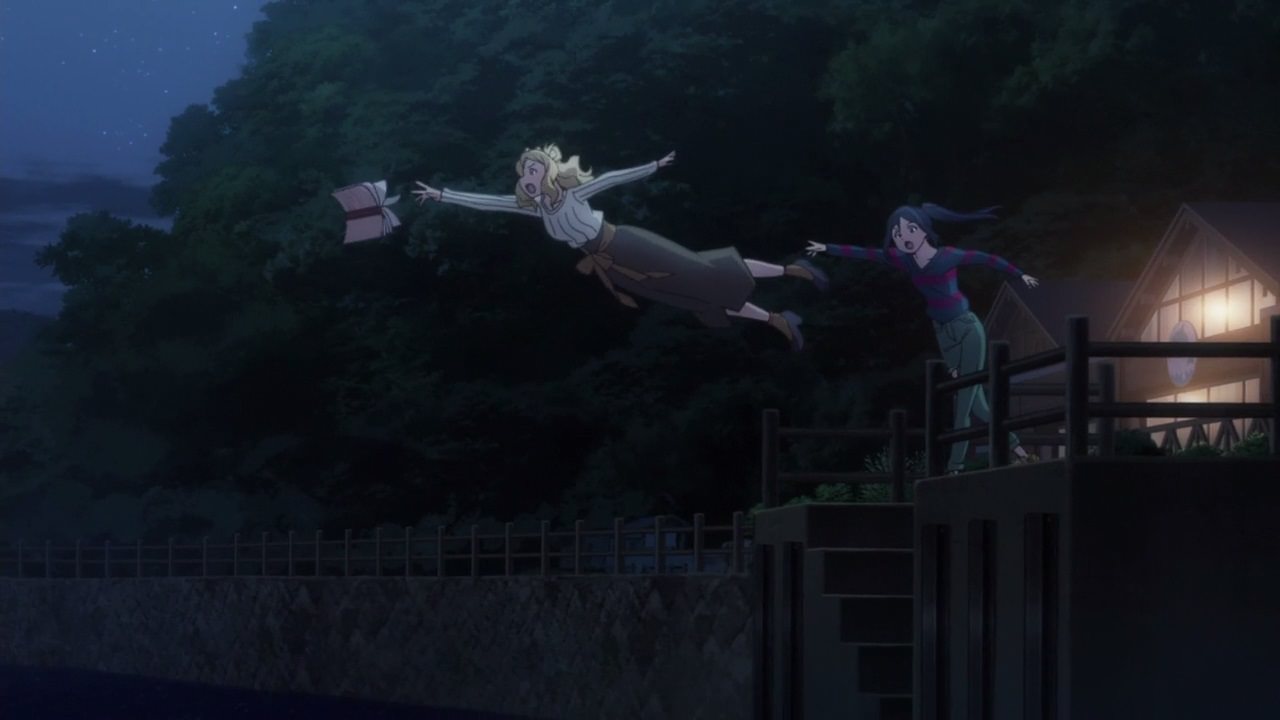 Then again, Mari won’t let Kanan’s notes go to waste as she grabs the notebook before it sank into the sea. 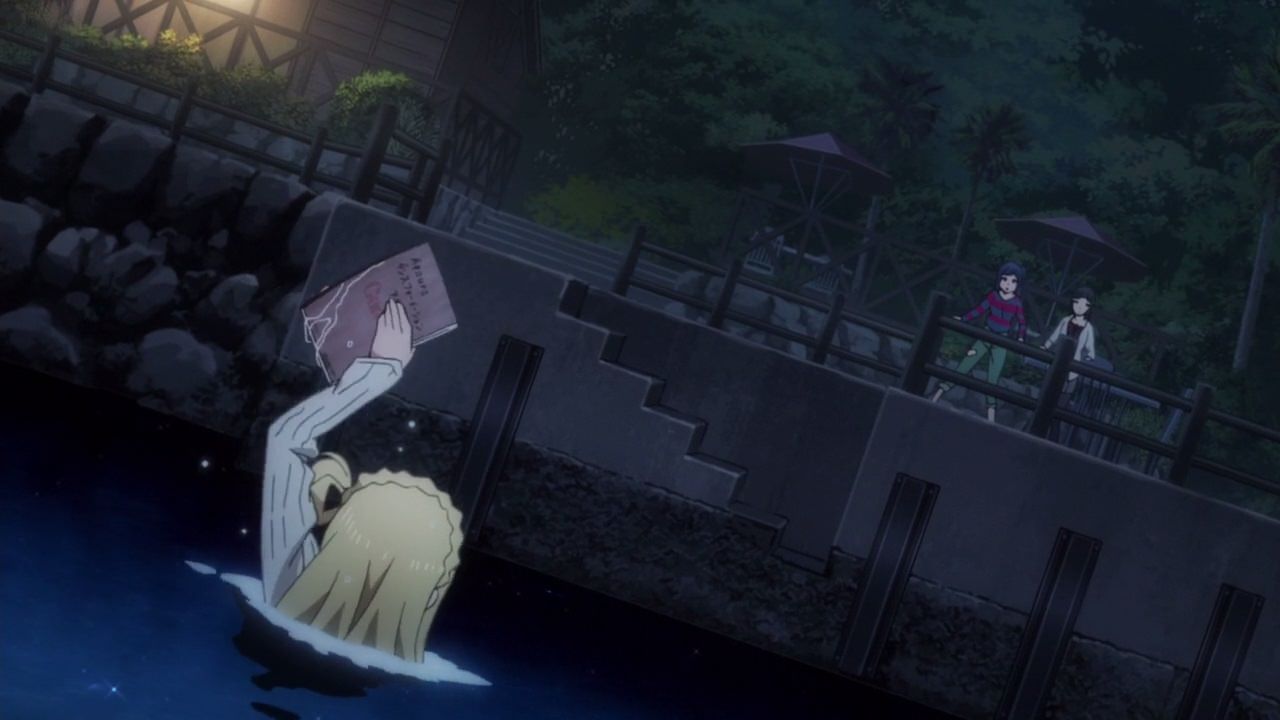 Y’know, Mari Ohara’s ankle sprain injury might already be healed, but she still got some spark that Mari can power her way from her injuries.

Then again, I think Ohara will need to take care of herself or she might not dance again. But now that Mari saved Kanan’s notebook, it’s time for the third-year students to show it off to their juniors. 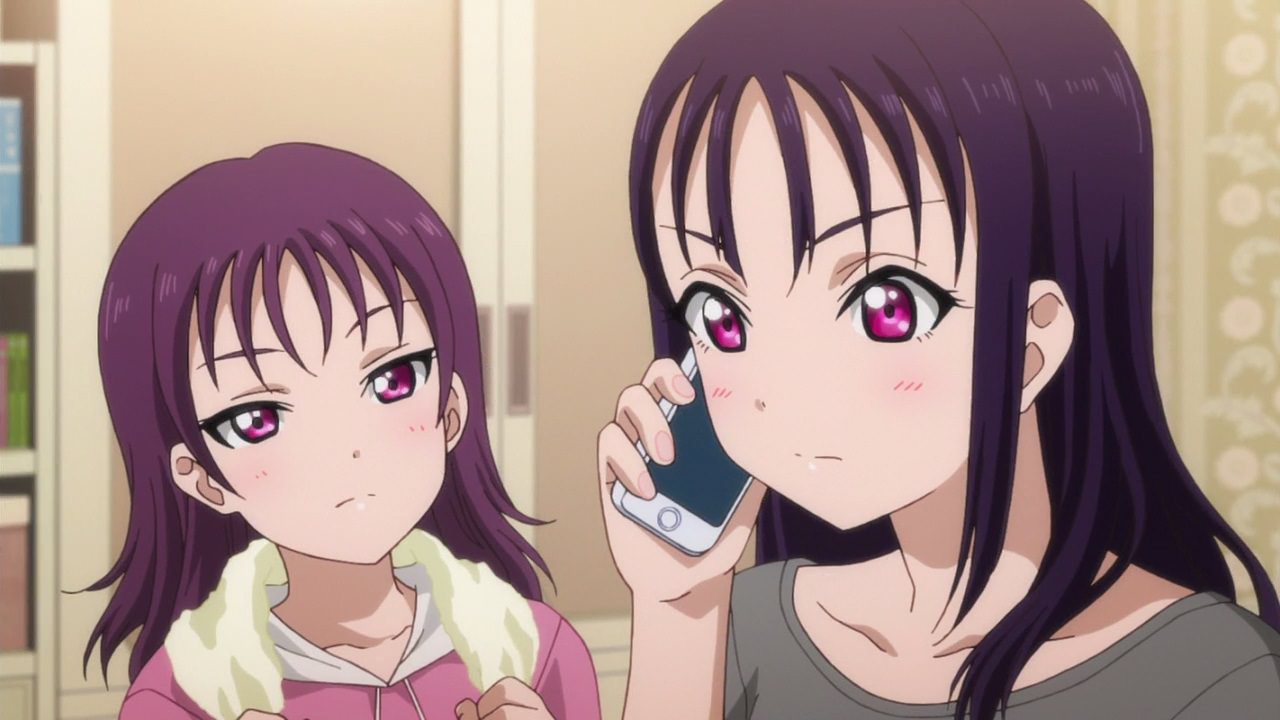 But first, here’s Saint Snow as Ria and Seira Kazuno are talking to Chika-chan about their experience during the national competition. While the Love Live! School Idol competition became popular thanks to A-RISE and μ’s, it’s still very fierce where only one school idol group will become the best in Japan.

For Saint Snow, the pressure of winning it big is intense that the Kazuno sisters didn’t come out on top during the competition as they manage to get 8th place. With that said, Saint Snow will return to the competition as it’ll be their last chance as school idols, moreso with Seira Kazuno as she’ll be graduating soon. 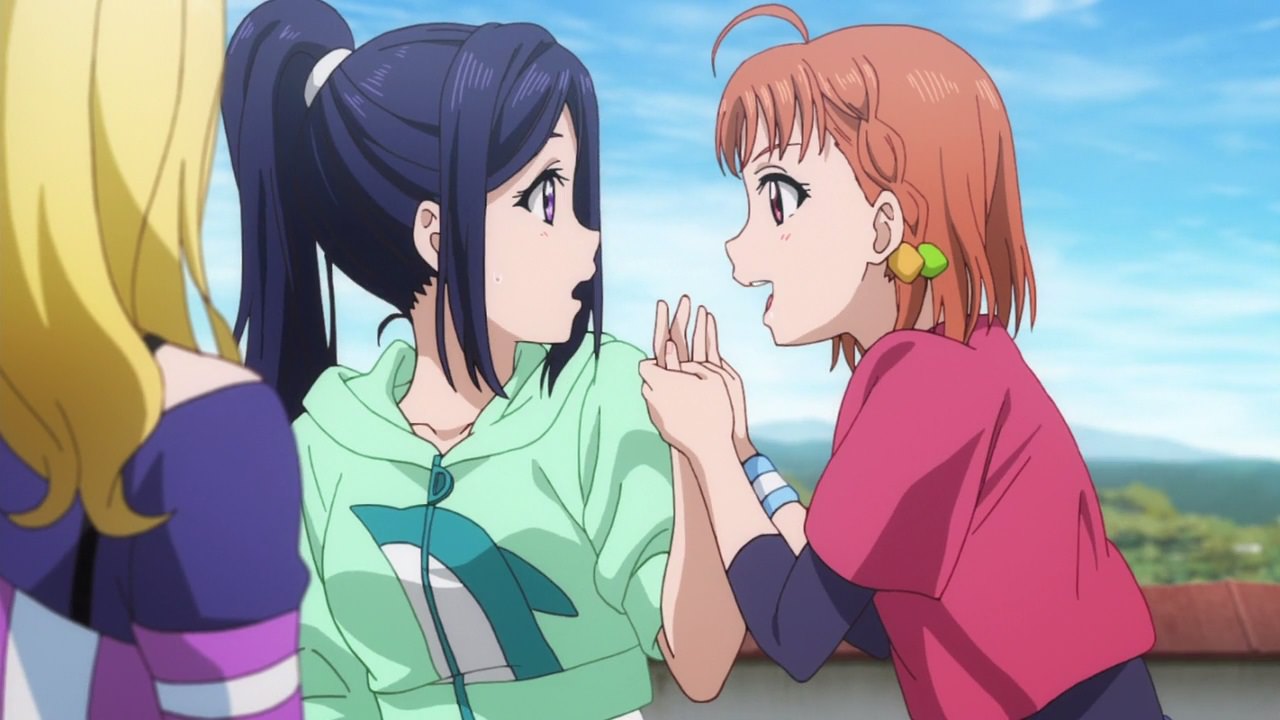 Now then, it’s time for Kanan Matsuura to show her notes regarding dance formations and steps for their next performance, which would make or break the competition.

Oh and like I said before, it’ll be risky as someone would break their legs or even their backs when performing one particular move. Despite the risks, Chika Takami has signed up to do that move because she previous screwed up before during the regional qualifiers. 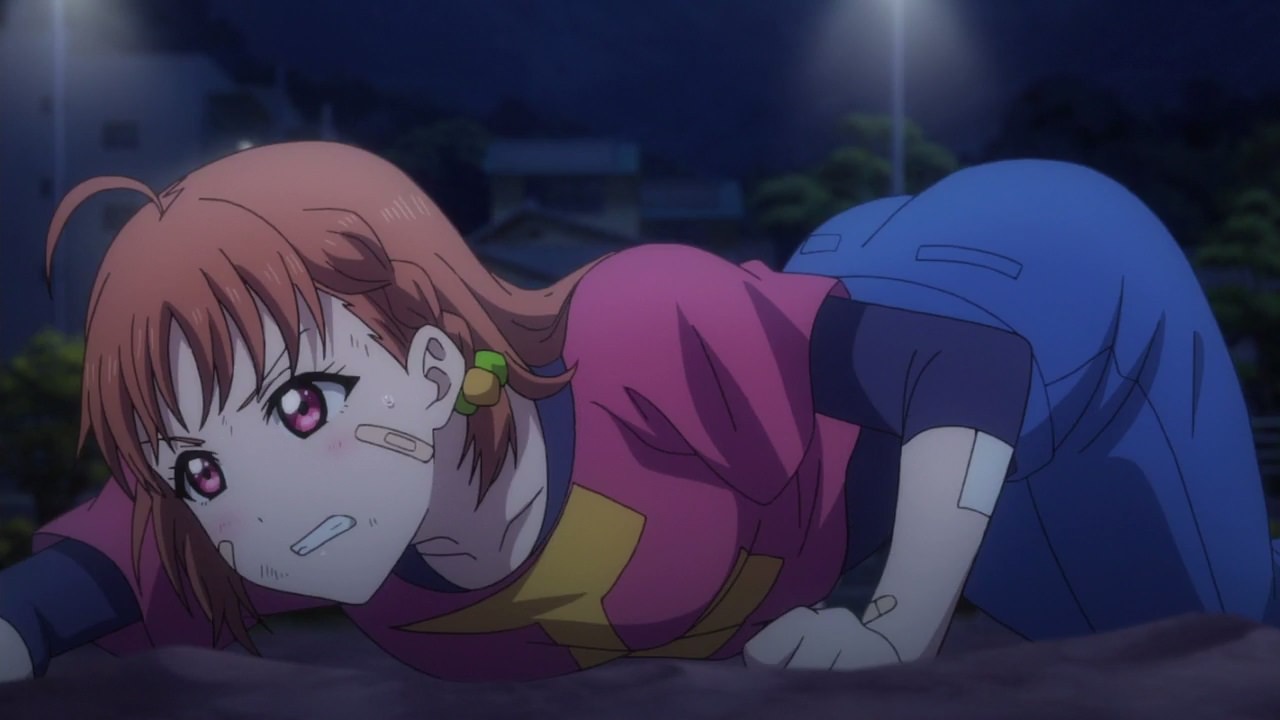 Of course, this proven to be quite difficult to execute as Chika falls down every time she attempts to do it.

Still, she doesn’t give up as Chika will do her best to make it right not just for herself and her friends, but also the entire school because losing Uranohoshi would be a downer! 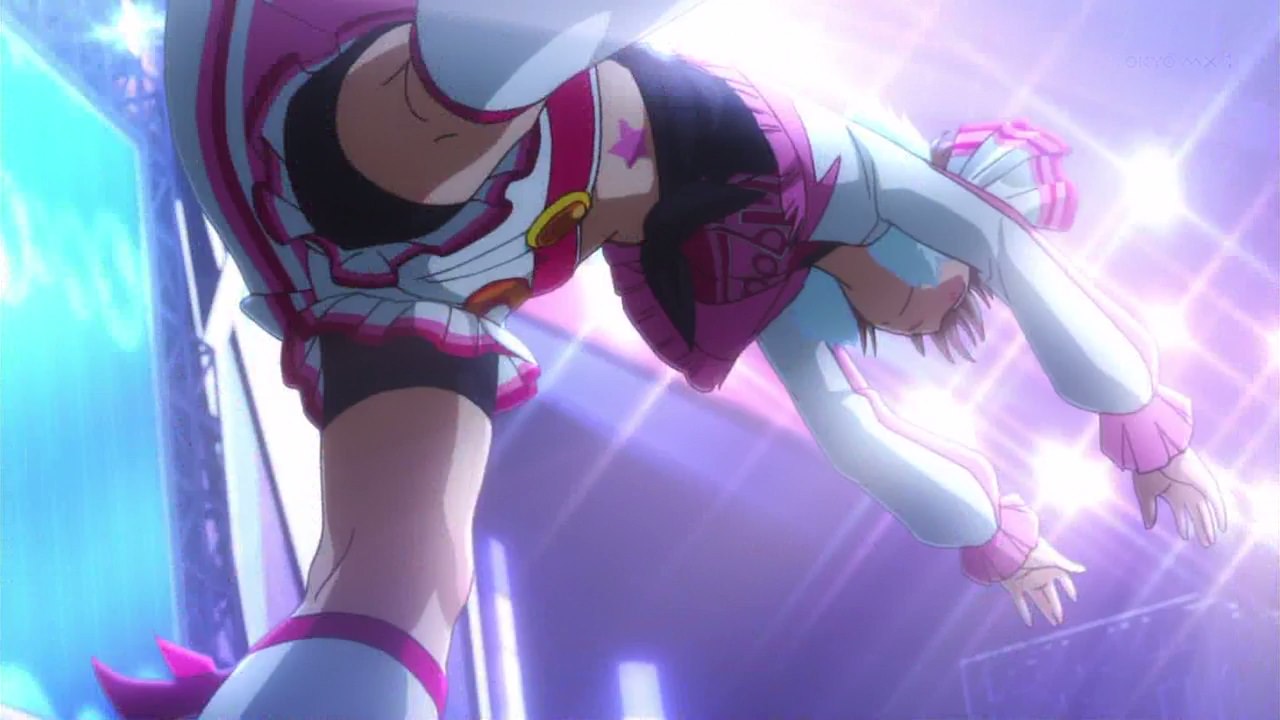 Eventually, Chika Takami pulled this magnificent cartwheel during their performance of “MIRACLE WAVE” during the regional qualifiers.

Well, I’d say that Chika did it without a hitch but then again, I’m worried about her voice actress Anju Inami failing that flip. Of course, Anchan will need a lot of practice to pull that stunt during the 3rd live tour! 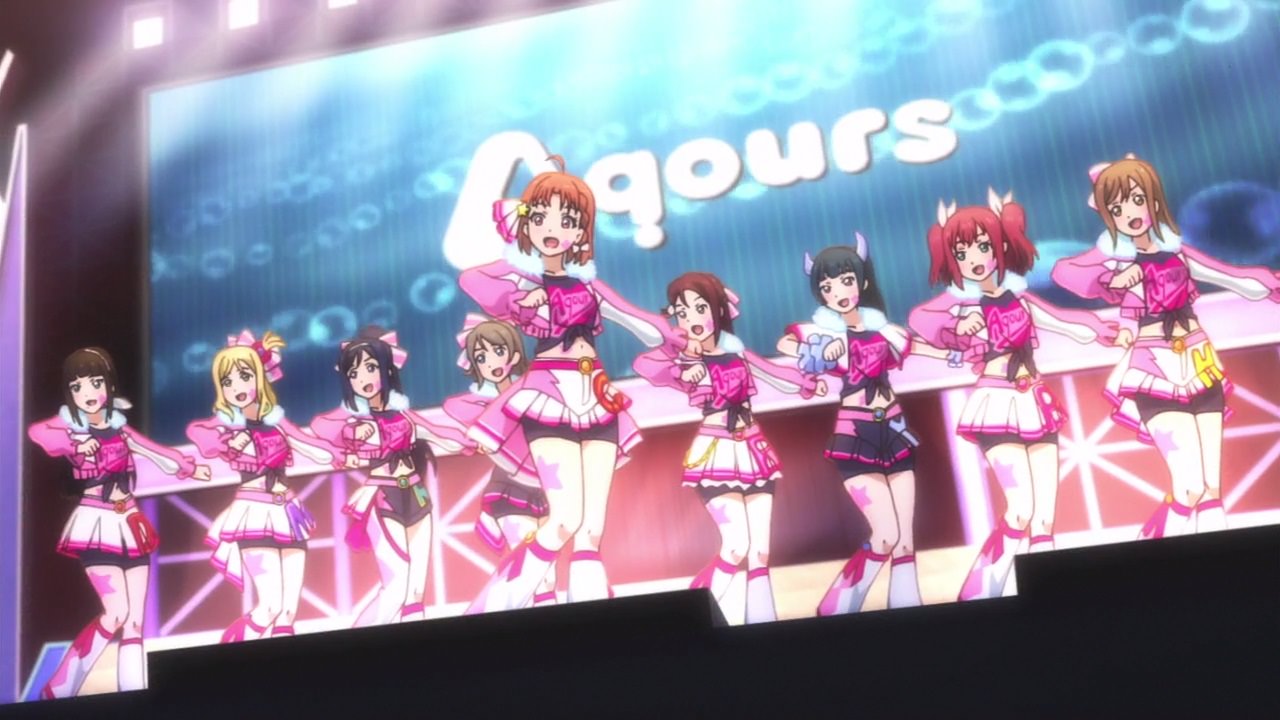 Anyways, it was an amazing episode for this week, especially towards the end where you have Aqours’ new song as a bonus.

Still, we’ll have to find out for next week on whether they made into the national competition or fail it spectacularly.