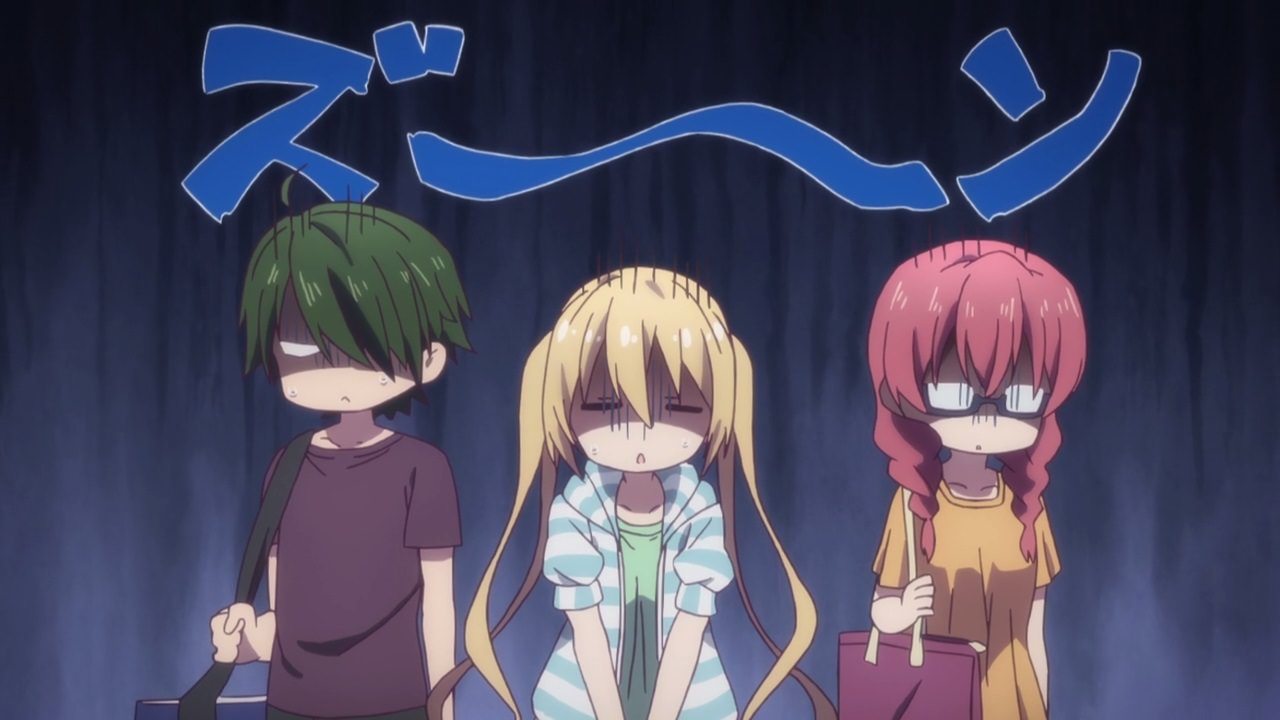 Well, looks like Kouyou Akizuki, Kaho Hinata, and Miu Amano are feeling tired and weary after going outside the city.

To be fair, they’re pretty much the indoors-type as they prefer staying at their home, playing games and watching anime… Of course, the only time they go outdoors is when Comiket shows up. 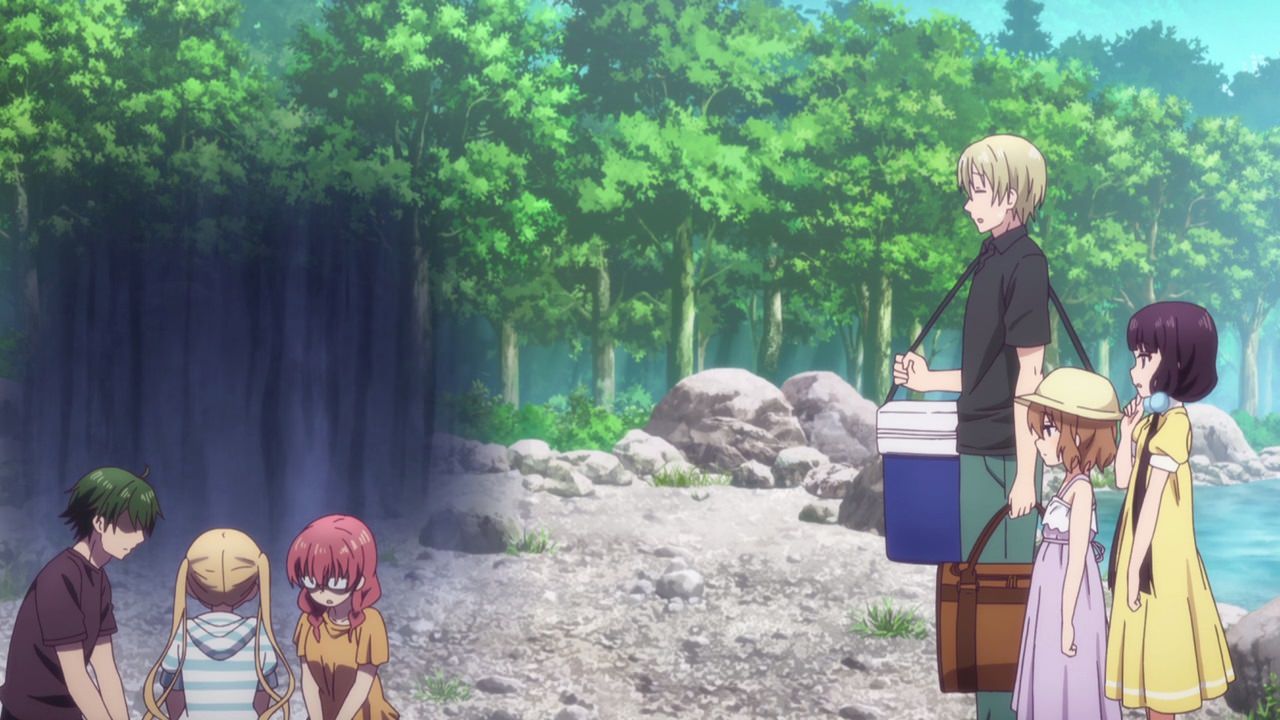 As for Dino, Mafuyu Hoshikawa, and Maika Sakuranomiya, they’re perfectly fine when going outdoors and holding a barbecue near the river.

But hey, it’s nice for Café Stile to hold an outside barbecue and besides, they can breathe the freshest air compared to the city. 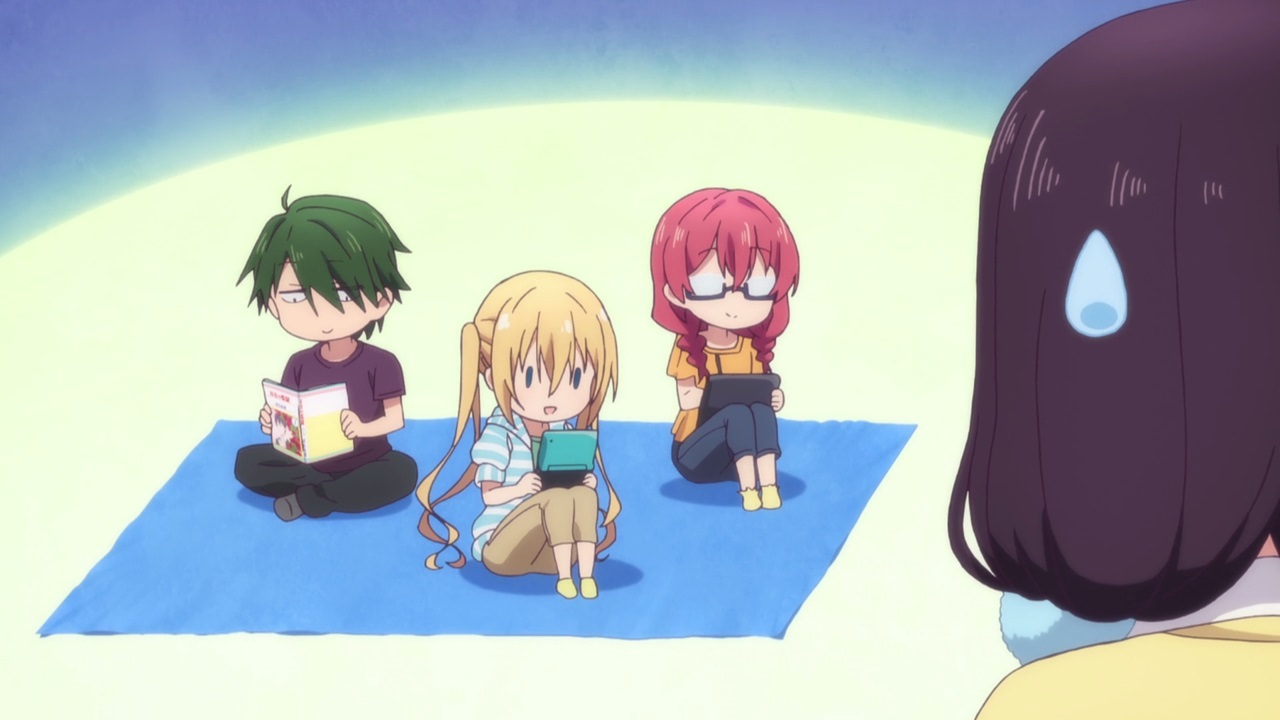 Then again, the indoor trio brought their gadgets and manga to cure their boredom. Well, it can’t be help then… 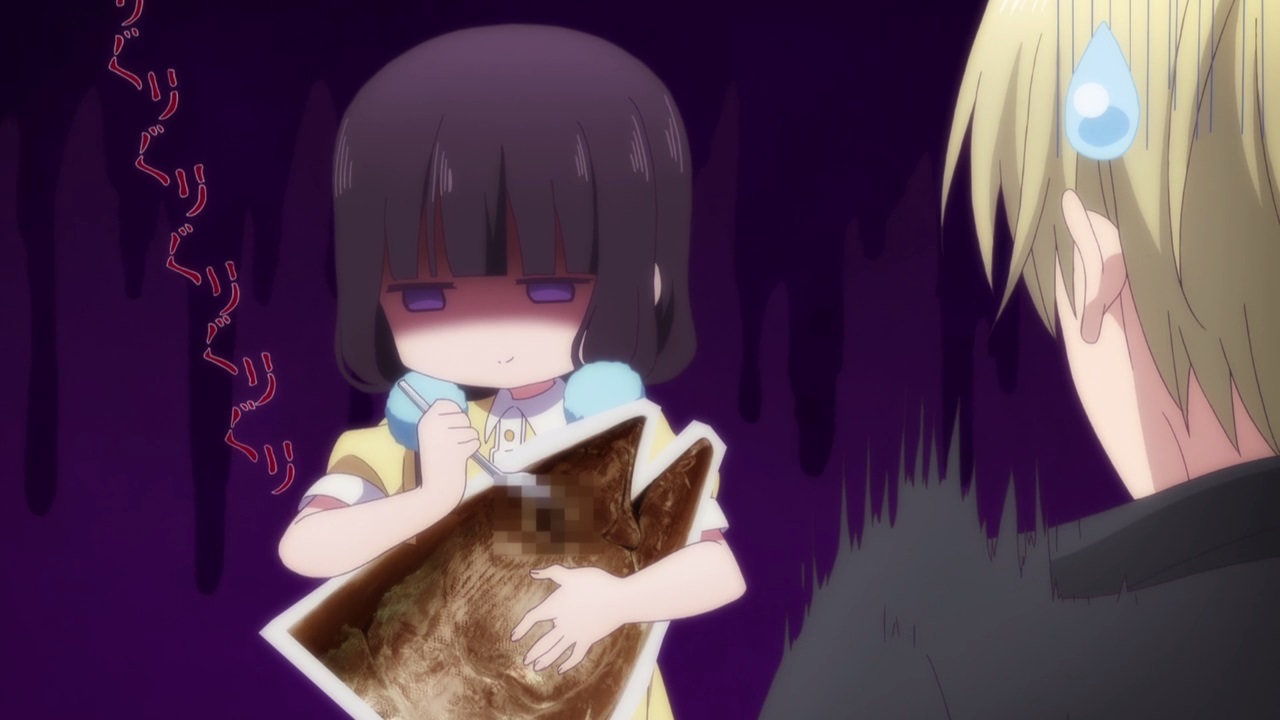 Oh and one more thing, here’s another sadistic moment courtesy of yours truly, Maika Sakuranomiya.

Honestly, seeing her gouging the tuna’s eyes is so horrific that you might wanna go to the bathroom and hurl! 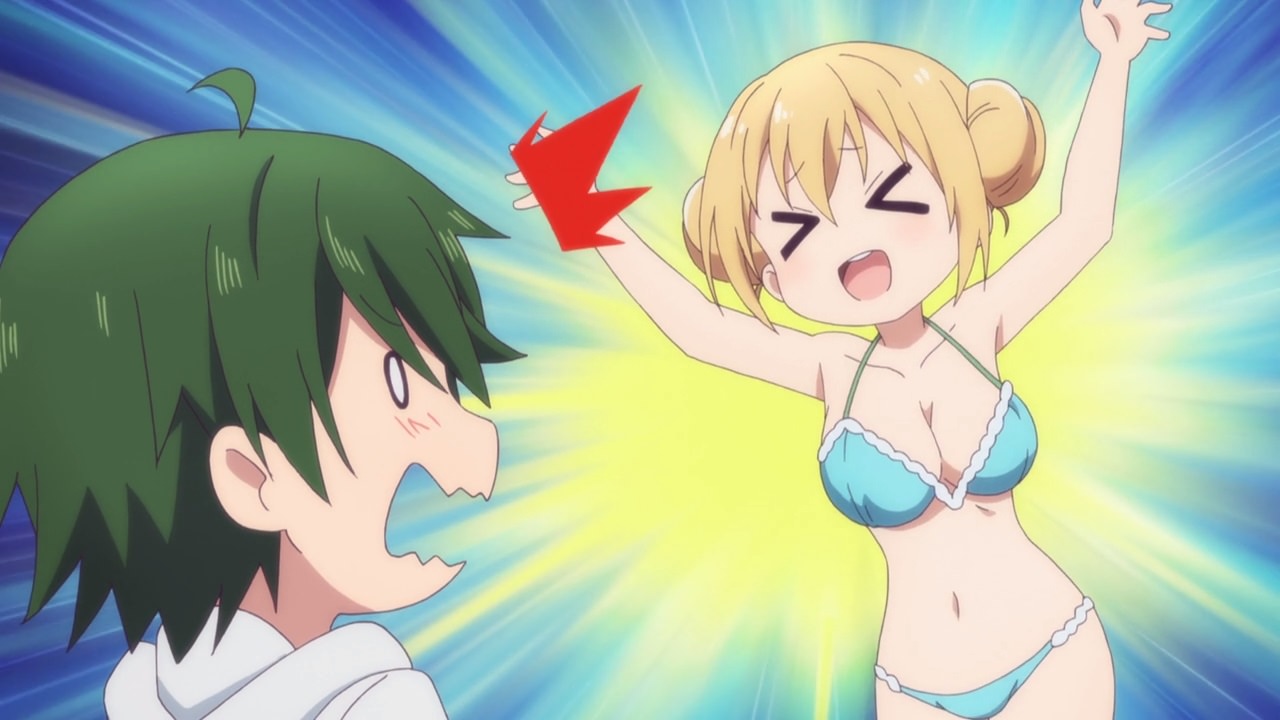 Now then, let’s move onto the next scene as the staff of Café Stile are hitting the beach!

On the other hand, seems that Kouyou Akizuki is horrified by Kaho Hinata’s big tits. Really Akizuki, do you prefer flat chest or you’re just a wuss when it comes to appreciating breasts? 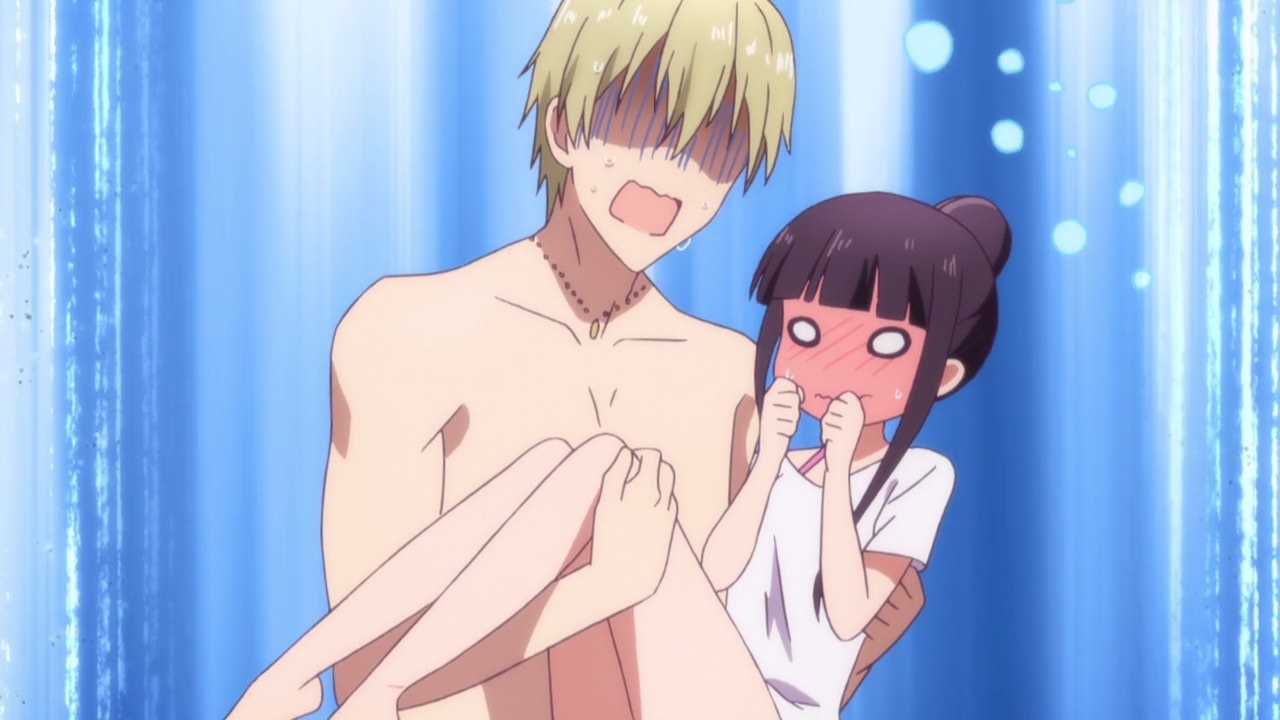 Also, here’s both Dino and Maika Sakuranomiya as the former is panicking that the latter got a cut on her feet. Um Dino, you’re overreacting things! 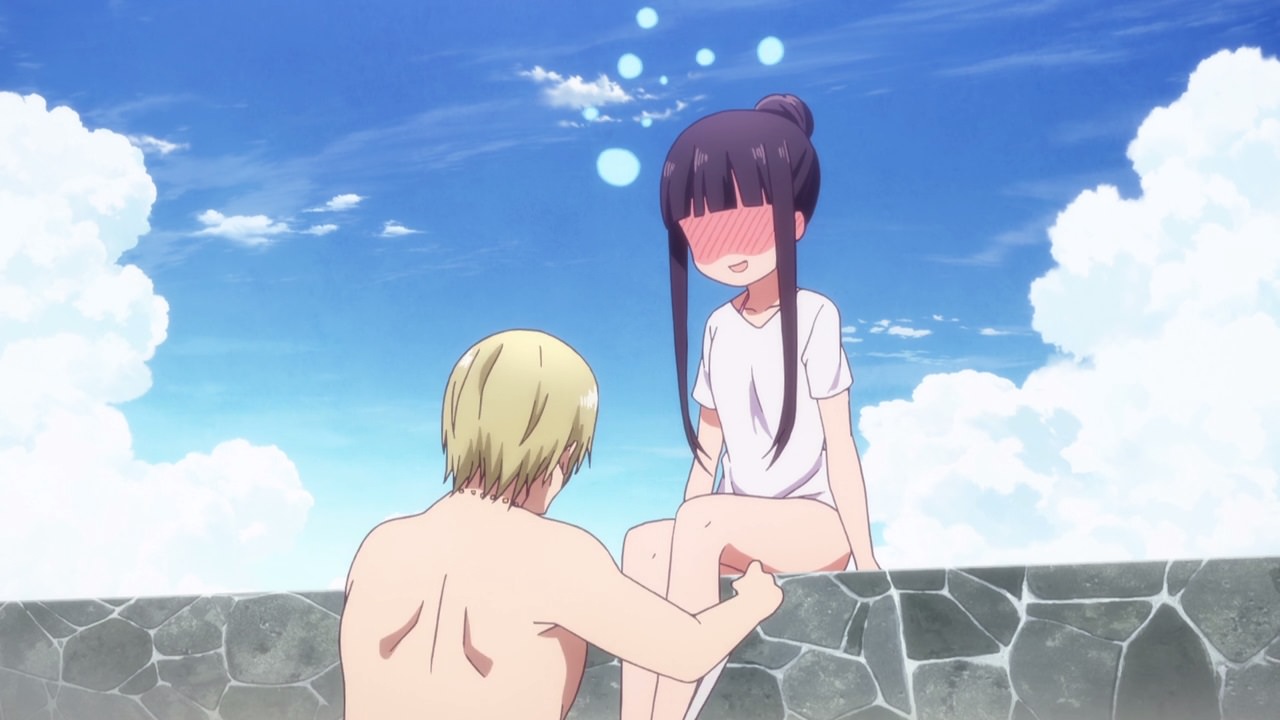 So, it’s up to Dino on tending Maika’s wounds whatever it takes necessary. Then again, I doubt that he’ll do a good job of it. 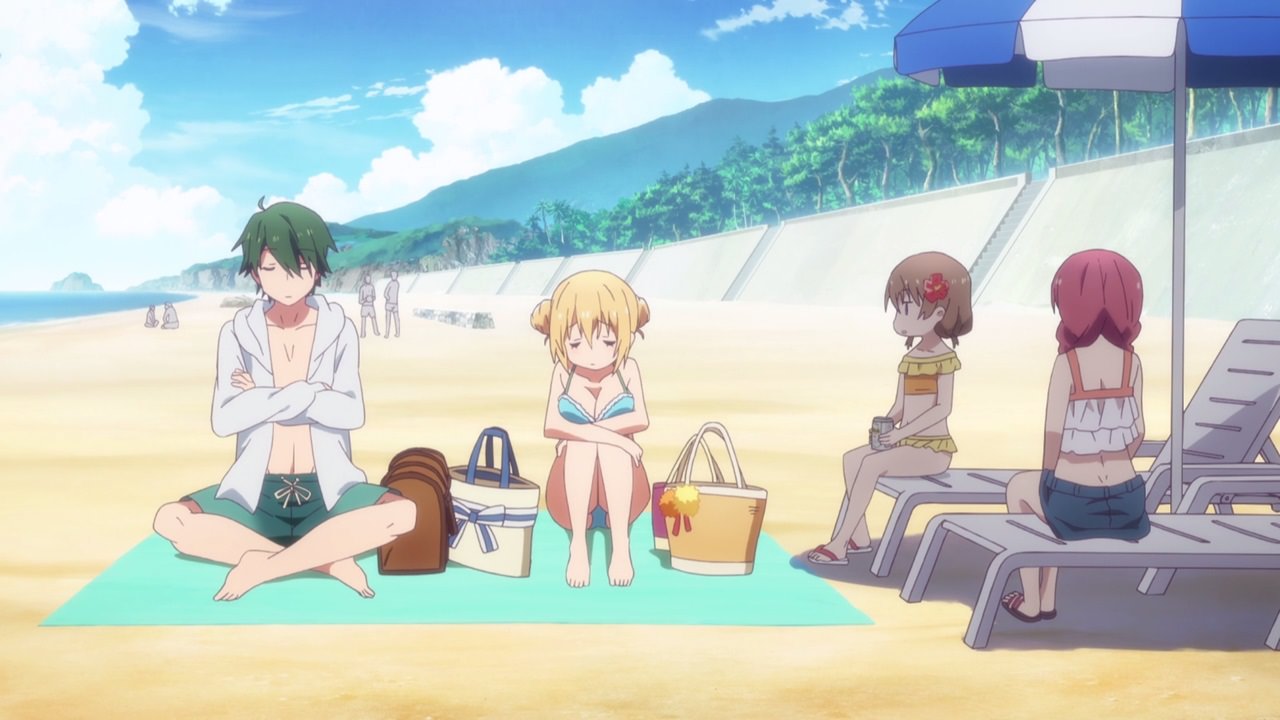 Meanwhile, the rest of the Café Stile employees are waiting for Dino and Maika as they expect them to bring shaved ice dessert. 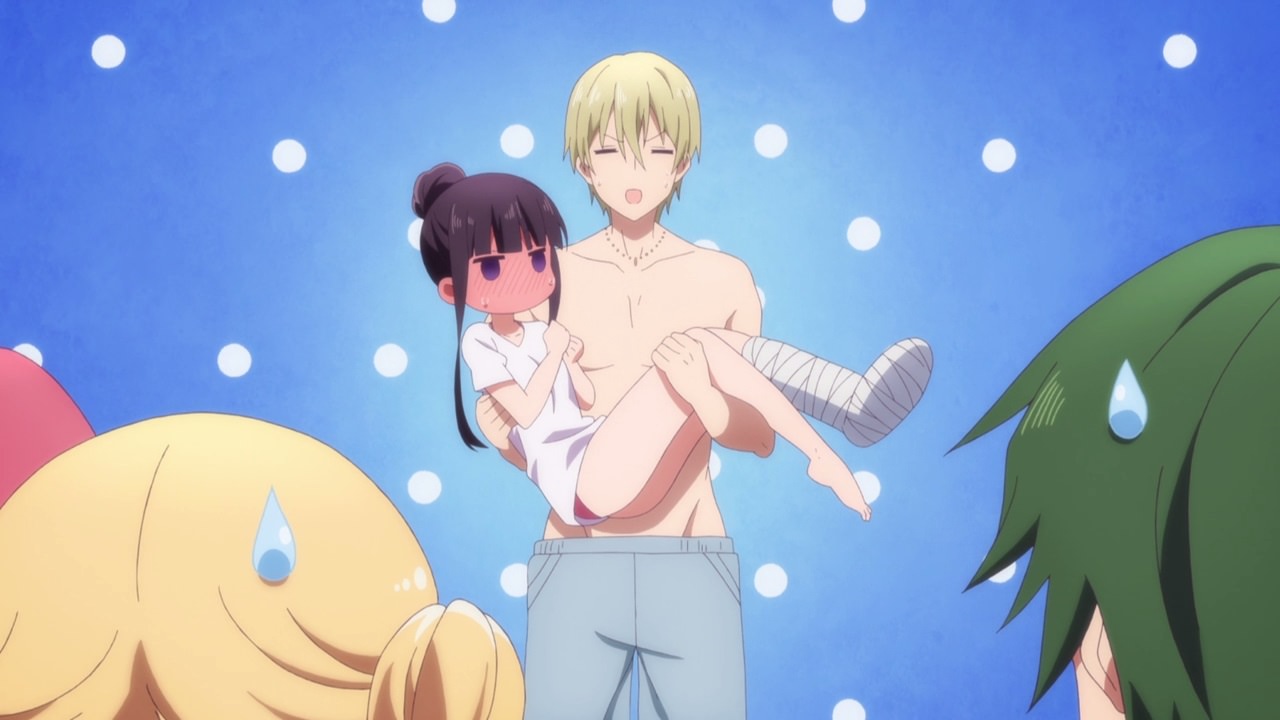 Of course, given that Dino is panicking over Maika’s “injury”, they forgot to bring the shaved ice dessert as Dino carried Maika Sakuranomiya like a princess. Also, seems that Dino covered Maika’s leg with too much gauze!

But that’s about it for this week’s episode as we’re going back to Café Stile on the next episode.