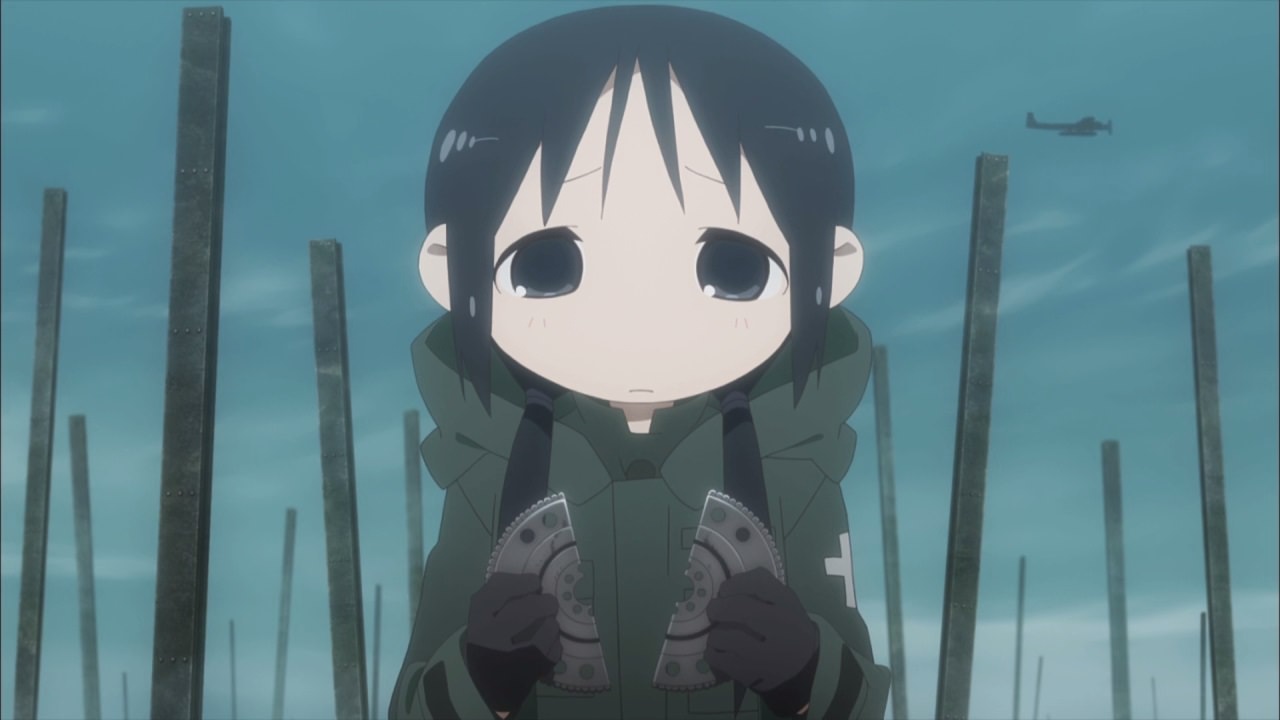 This is Chito as she felt hopeless that the Kettenkrad broke down. Looks like their journey has en- Wait, is that an airplane over there!? 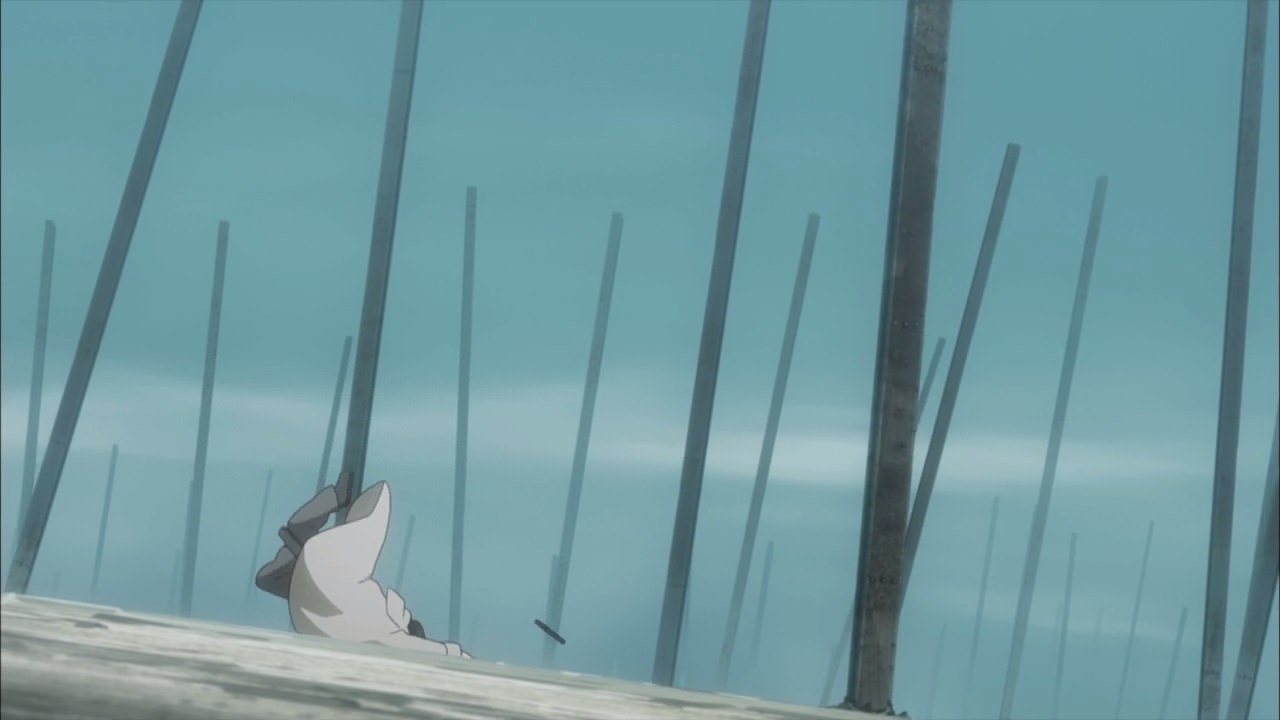 On the other hand, it’s that a person there who fell down face first? Hmm, seems that she’s chasing something… 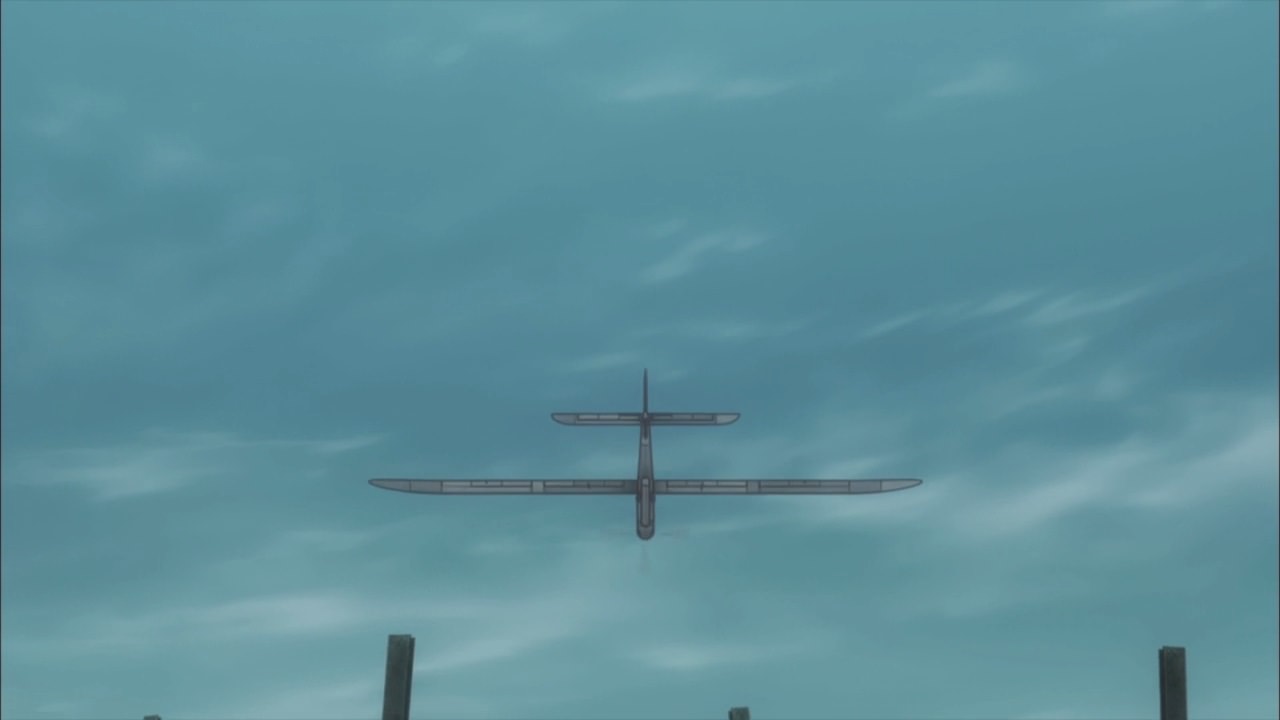 …which turned out to be this model airplane. Yeah, it flew well without problems. 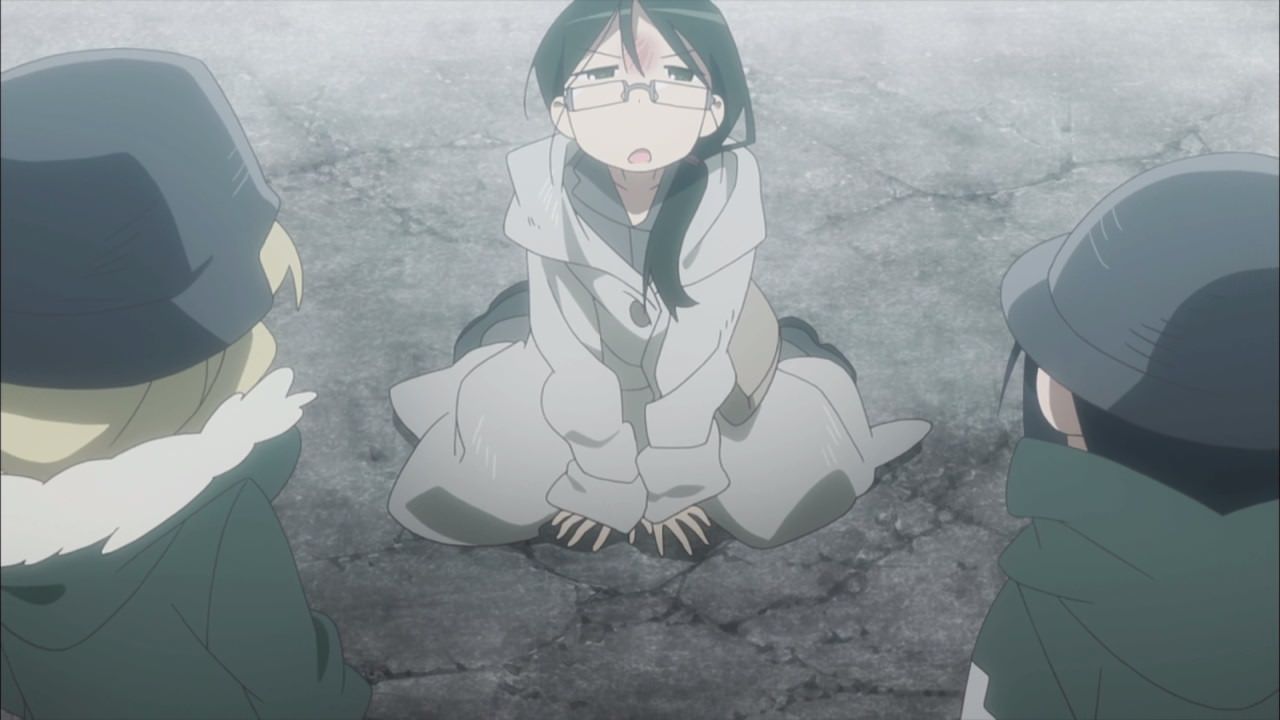 Anyways, this is Ishii as she’s making planes for the past few years not just for curiosity, but a desire to explore the world instead of staying at one place.

With that in mind, Ishii offered her assistance to fix their Kettenkrad in exchange for something equivalent… 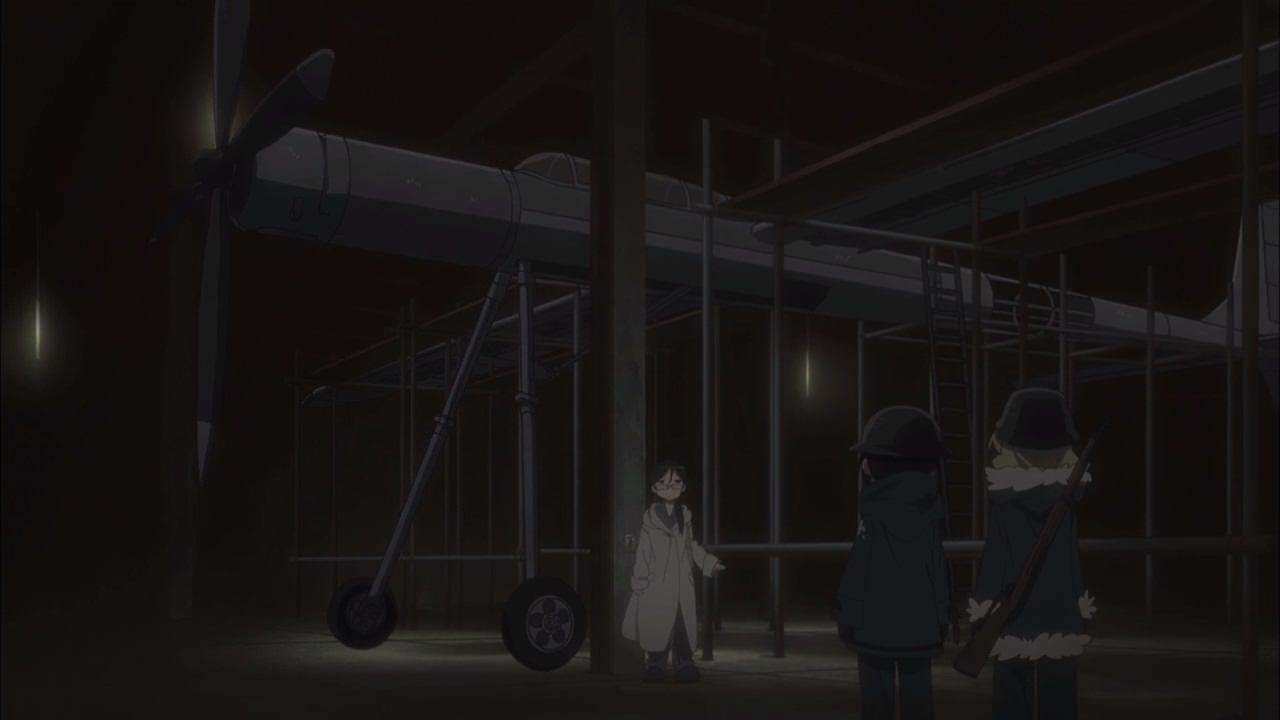 In any case, both Chito and Yuuri agreed on helping Ishii on completing the airplane. Oh, and Ishii will give them food and a bed to sleep on during the construction of her aircraft. 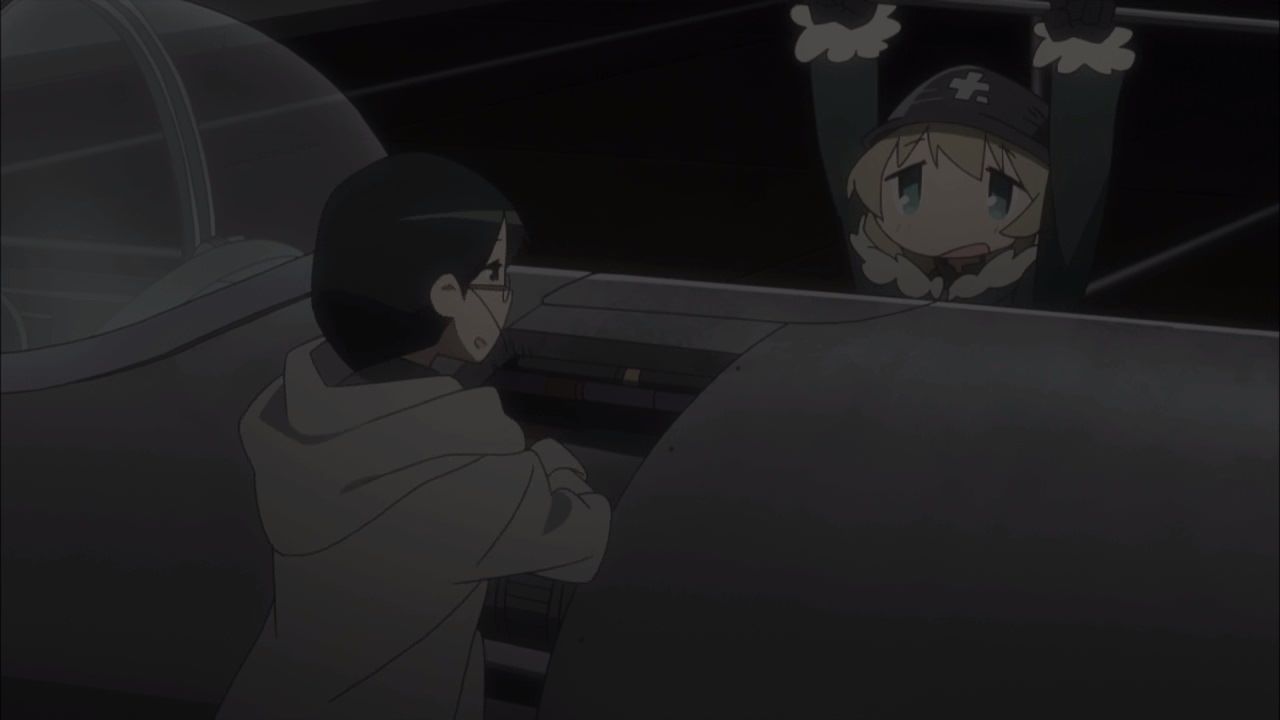 With that said, both Chi-chan and Yuu assisted Ishii on completing her airplane until it’s worthy of taking flight. 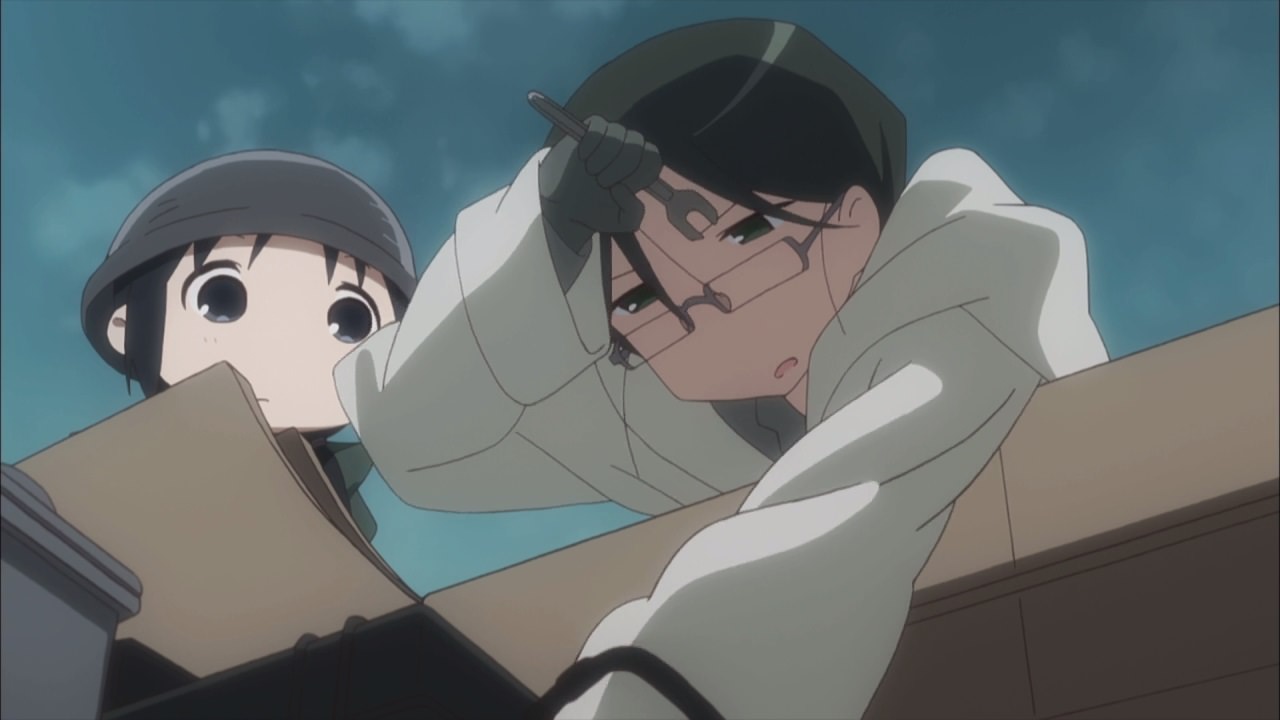 And while we’re at it, Ishii has time to fix their Kettenkrad motorcycle because it’ll be useful for pulling heavy stuff like scrap metal and engine parts. 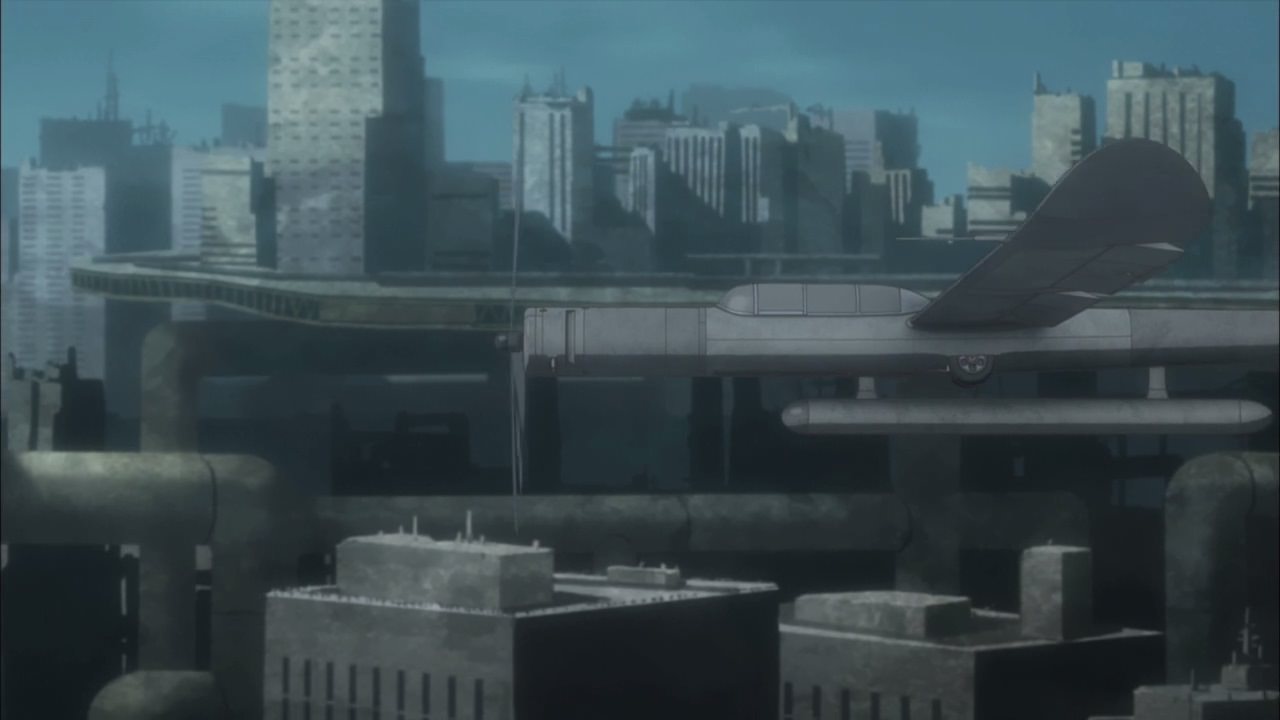 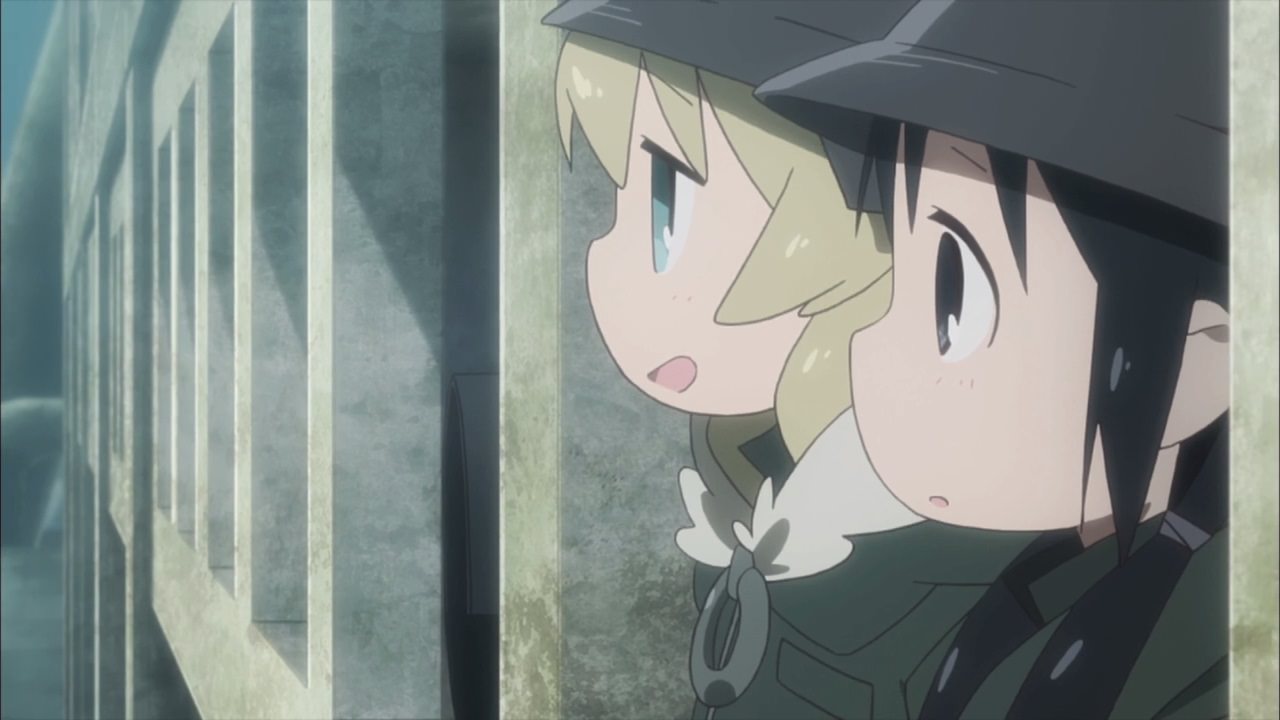 For Yuuri and Chito, it was a sight to behold that Ishii managed to fly an aircraft of her own design. So much that Chi-chan will record this moment in her diary. 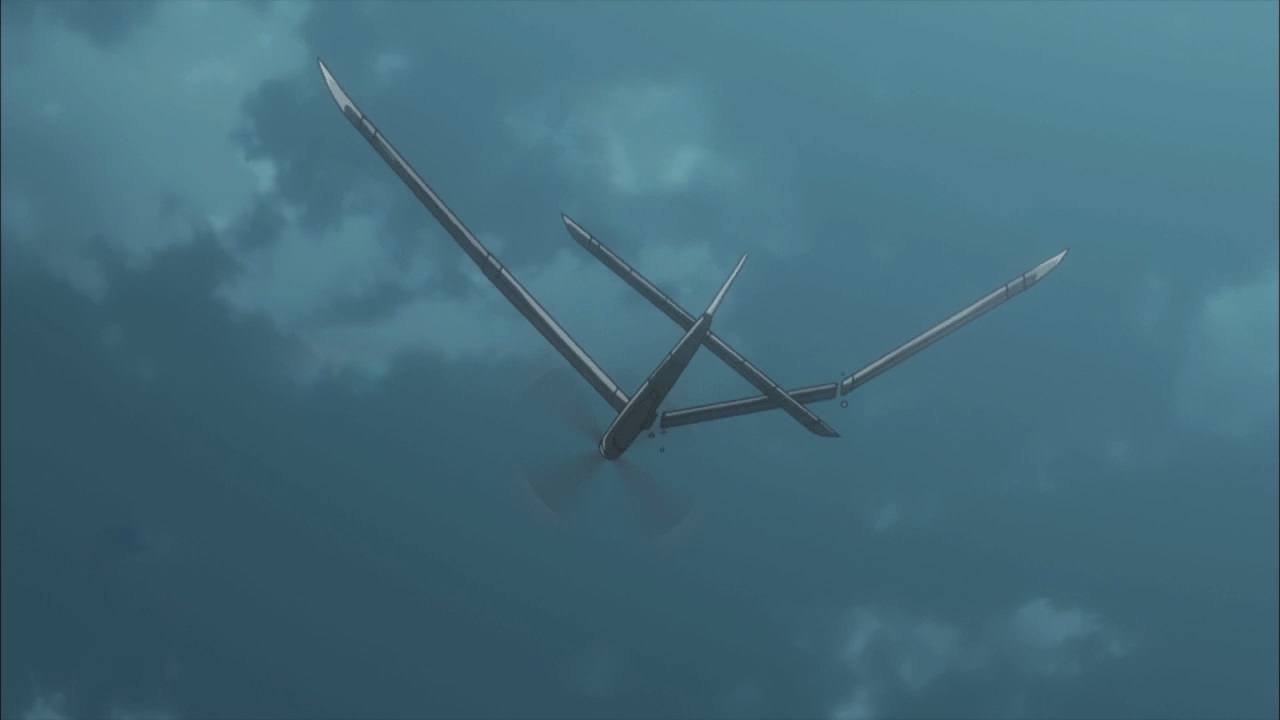 Sadly, it appears that Ishii’s maiden flight will be her last as the airplane got broken into pieces. I guess that her airplane is not worthy to fly on longer distances. 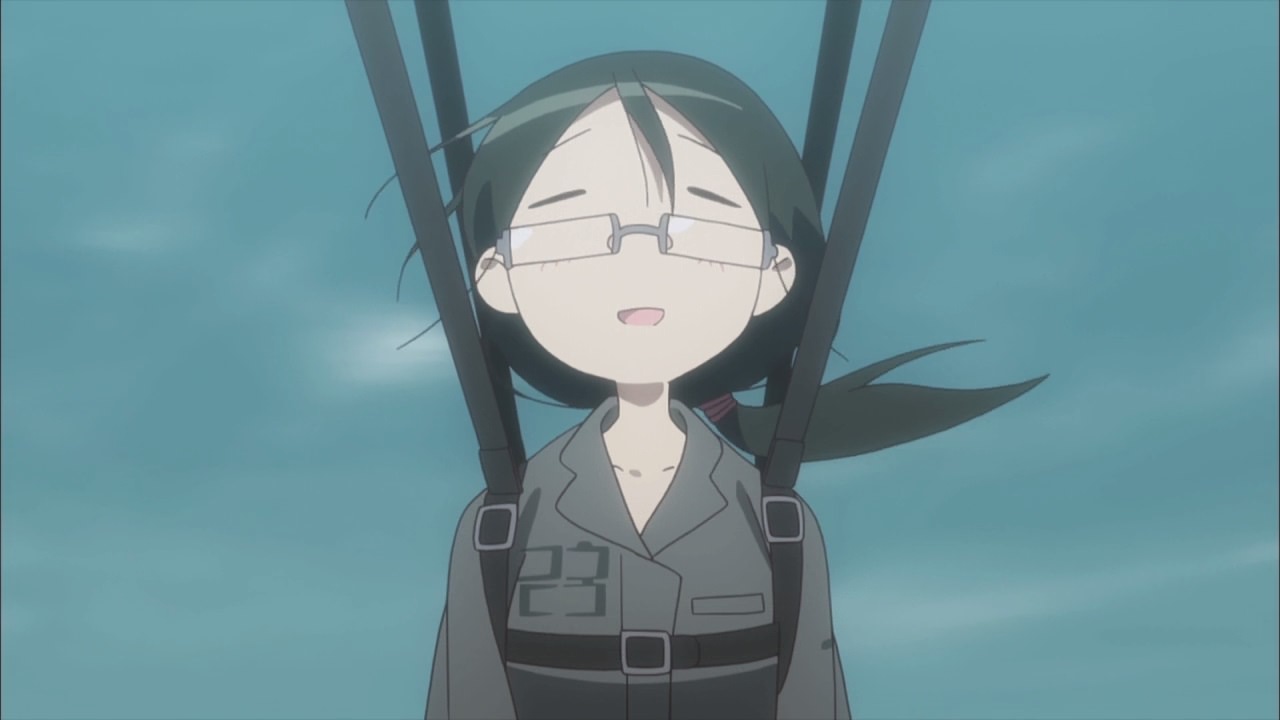 But as for Ishii, seems that she’s okay but seriously though, smiling after her plane got wrecked mid-air? Man, what a weird person she is. Still, Ishii has managed to go further from her place and now she’s descending to the lower levels.

And as for Chito and Yuuri, it seems that they felt a sigh of relief when Ishii survived. So, they decided to take the remaining rations from Ishii’s air base and leave at once. At least they thanked Ishii for fixing their Kettenkrad!

But that’s about it for this week’s episode as I’ll see you next time. Of course, don’t expect another character showing up real soon as you’ll only see Chi-chan and Yuu for the rest of this series.