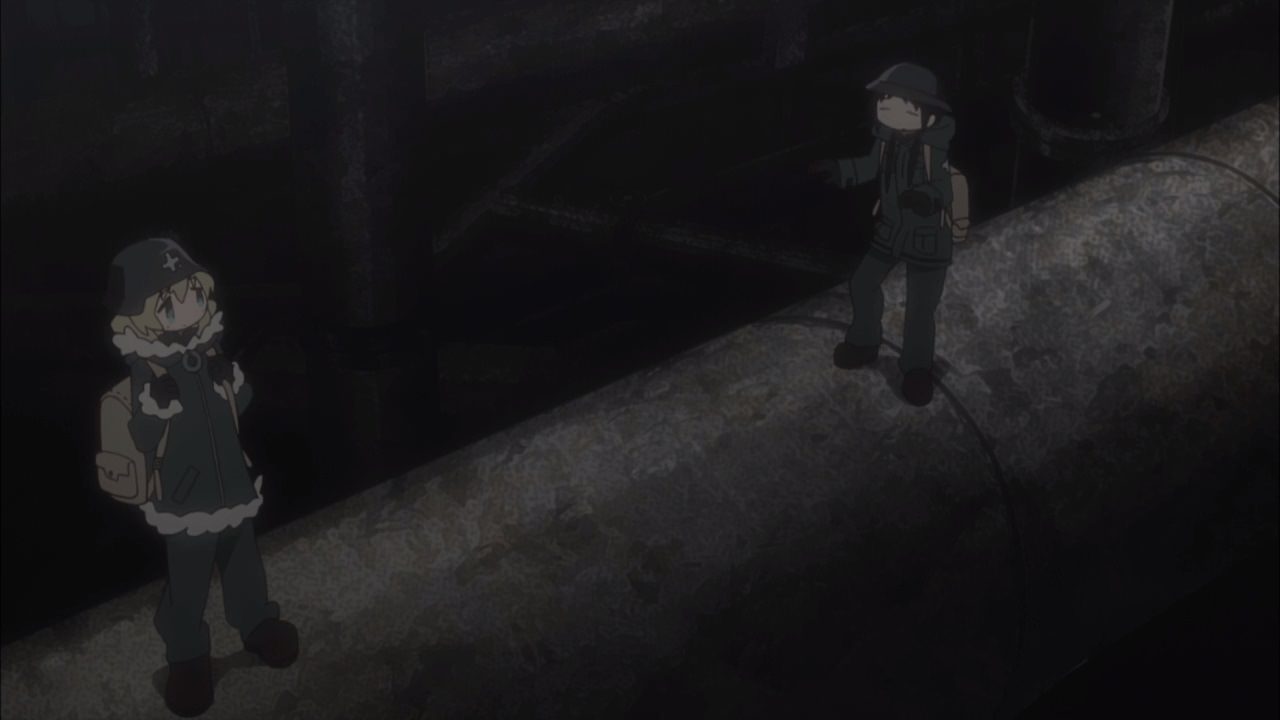 Hey everyone, it’s time for Episode 7 where Chito and Yuuri are basically lost in a labyrinth full of pipes. Oh, and there’s a risk of falling down into the abyss if they made one misstep, which is very inconvenient for Chi-chan since she’s afraid of heights.

But you know what, both girls are already lost in the vast world like forever and I’m hoping that Chito will overcome her fear of heights. Also, where’s their precious Kettenkrad? 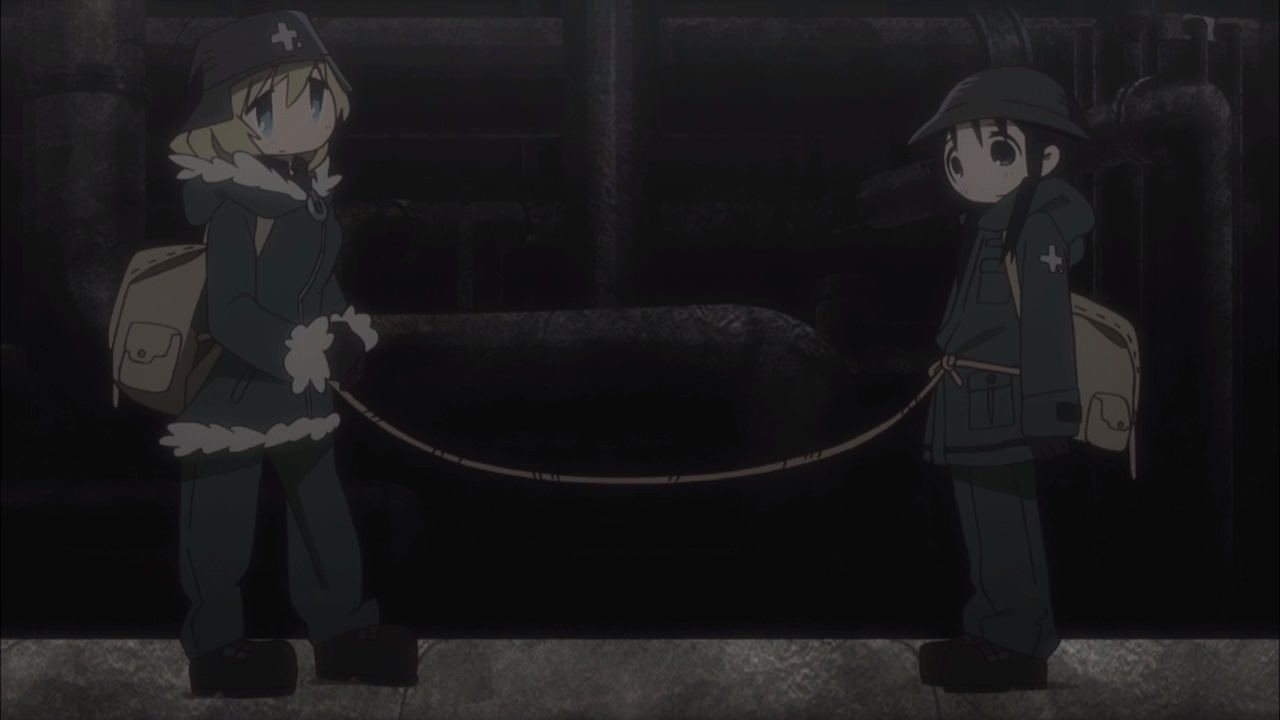 In any case, Chito came up an idea of tying herself and Yuuri so that they won’t get lost and fall down easily… unless they fall on the same side or their rope snapped like it was cut on a saw.

Still, they pressed on despite the dangers on walking on top of pipes. 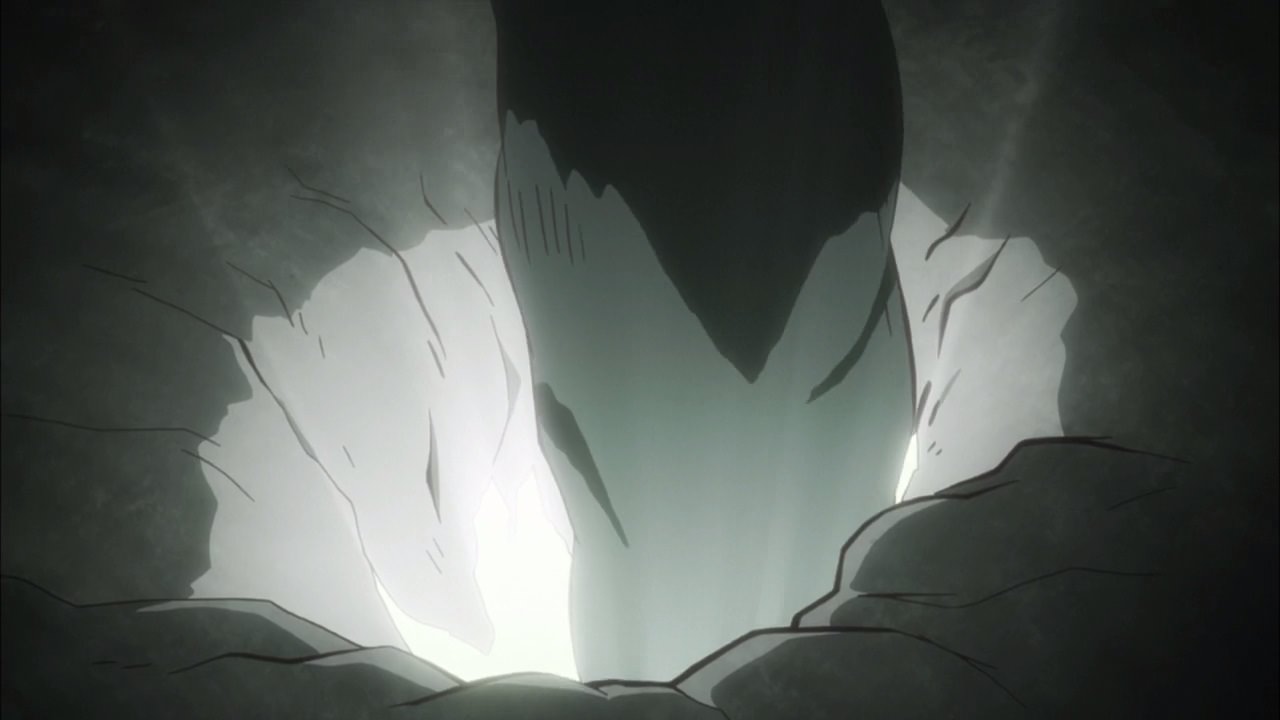 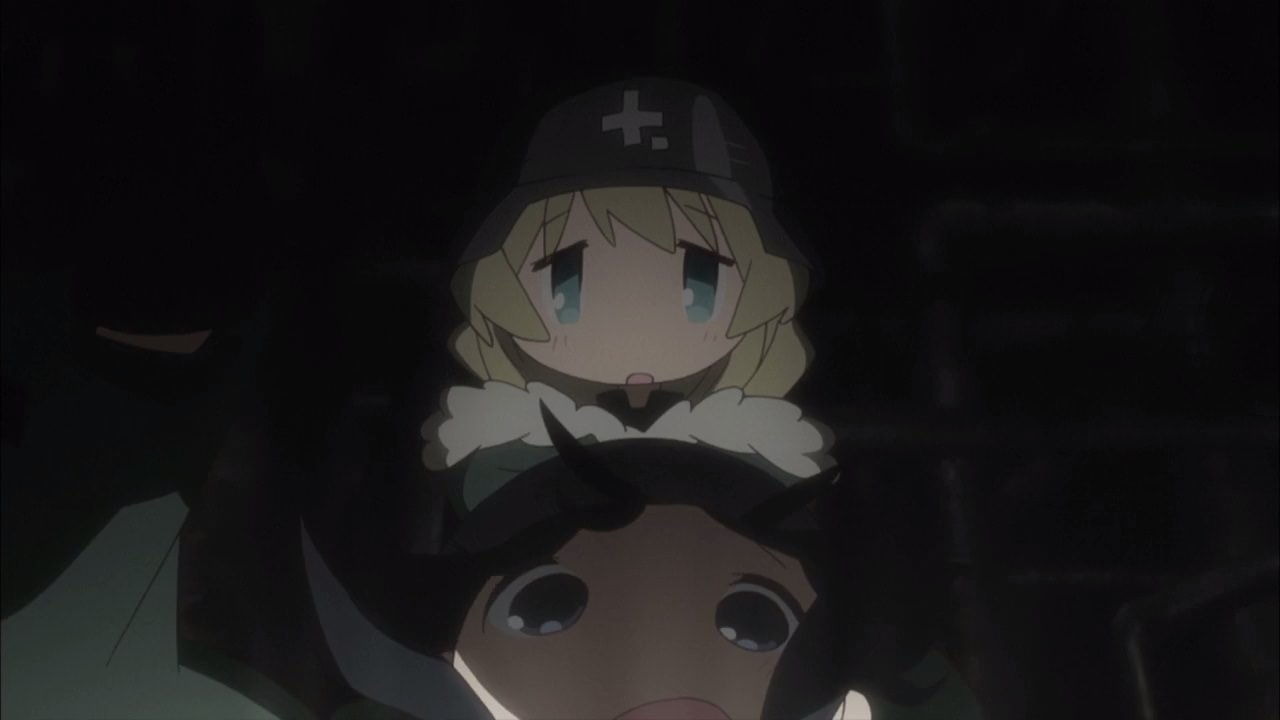 But then, Chi-chan made one fatal misstep and plunged her down to her death!

Oh and since she’s tied up to Yuu, Chito’s ditzy companion will die too. Well, that’s the end of their last tour! 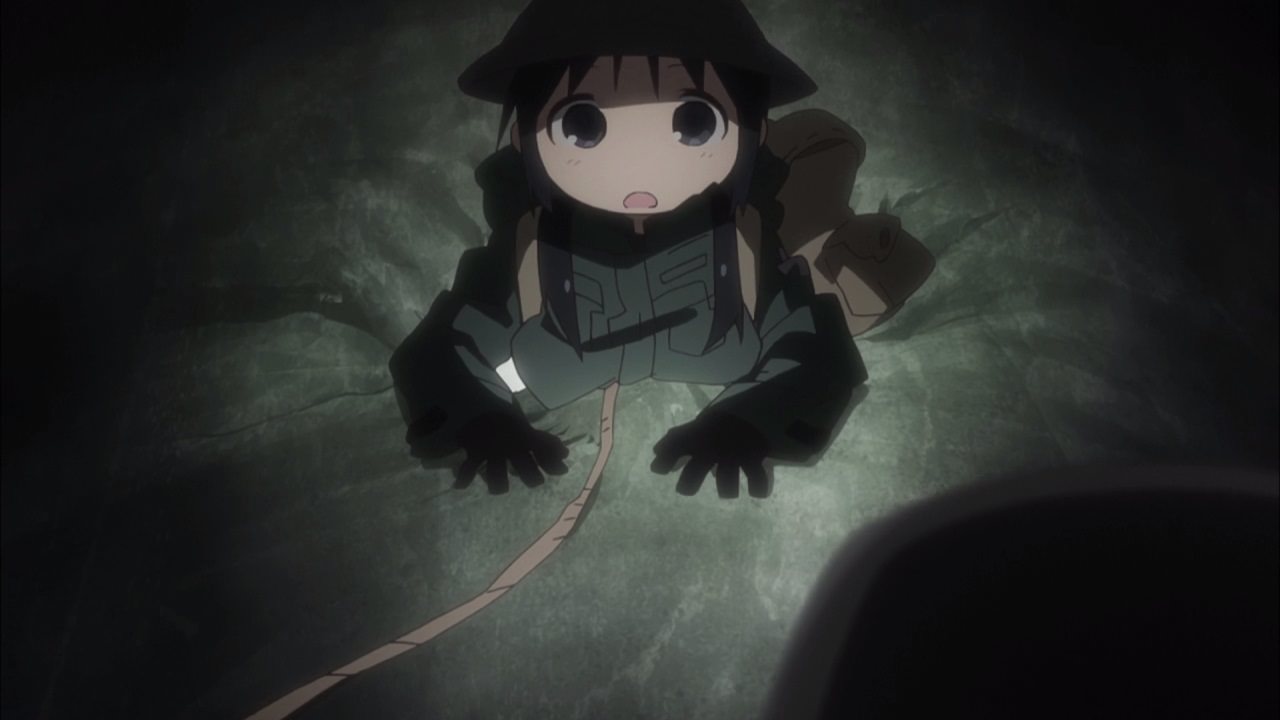 Nevermind, seems that Chito was saved now that she’s stuck inside the pipe.

Then again, it looks like there’s light inside of it so both girls checked it out once Yuuri pulled her companion out. 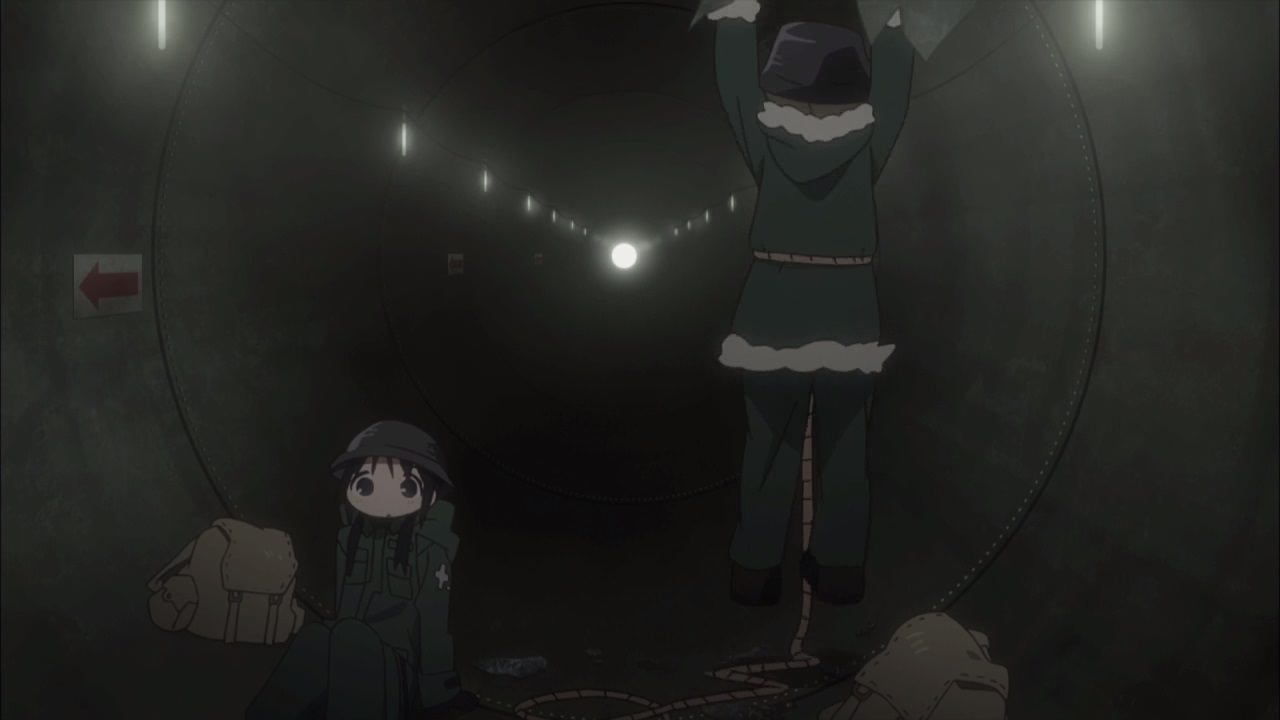 So anyway, they went inside the pipe where it leads to their next destination. It’s quite convenient than going around in circles or made a fatal misstep at worst. 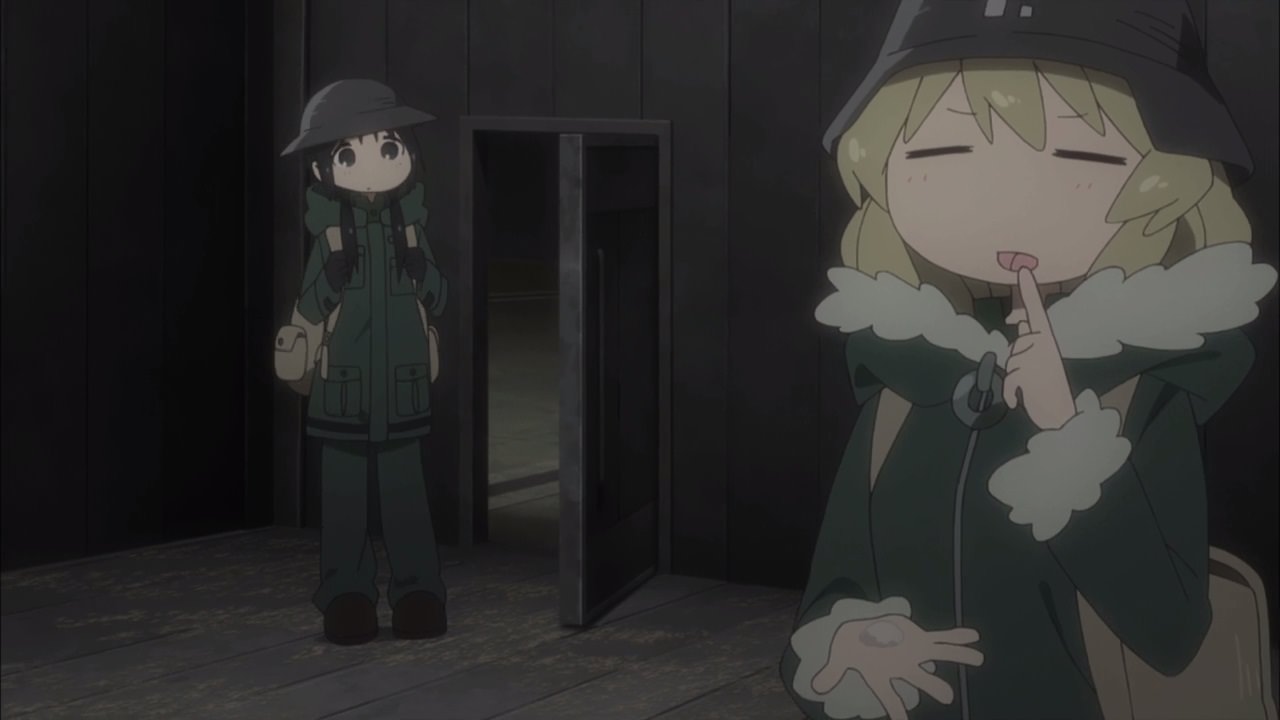 Eventually, the girls arrived at a rations manufacturing facility where they found some ingredients to make food rations, much to their surprise of both Chito and Yuuri.

Still, getting those raw ingredients and eating them won’t be good so Chi-chan came up with a solution. 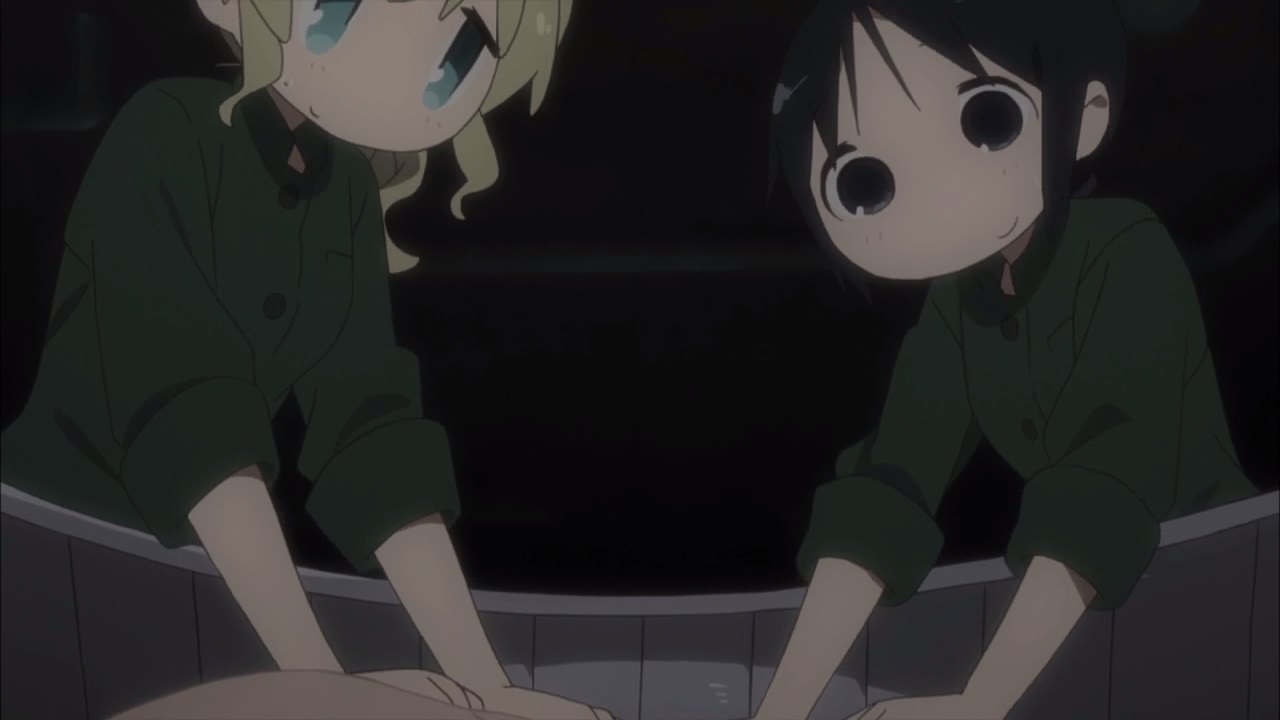 And that’s by making their own rations using the ingredients available on this facility.

Oh yeah, and it’s gonna take a lot of work on kneading the dough until it’s ready to be cut into pieces… 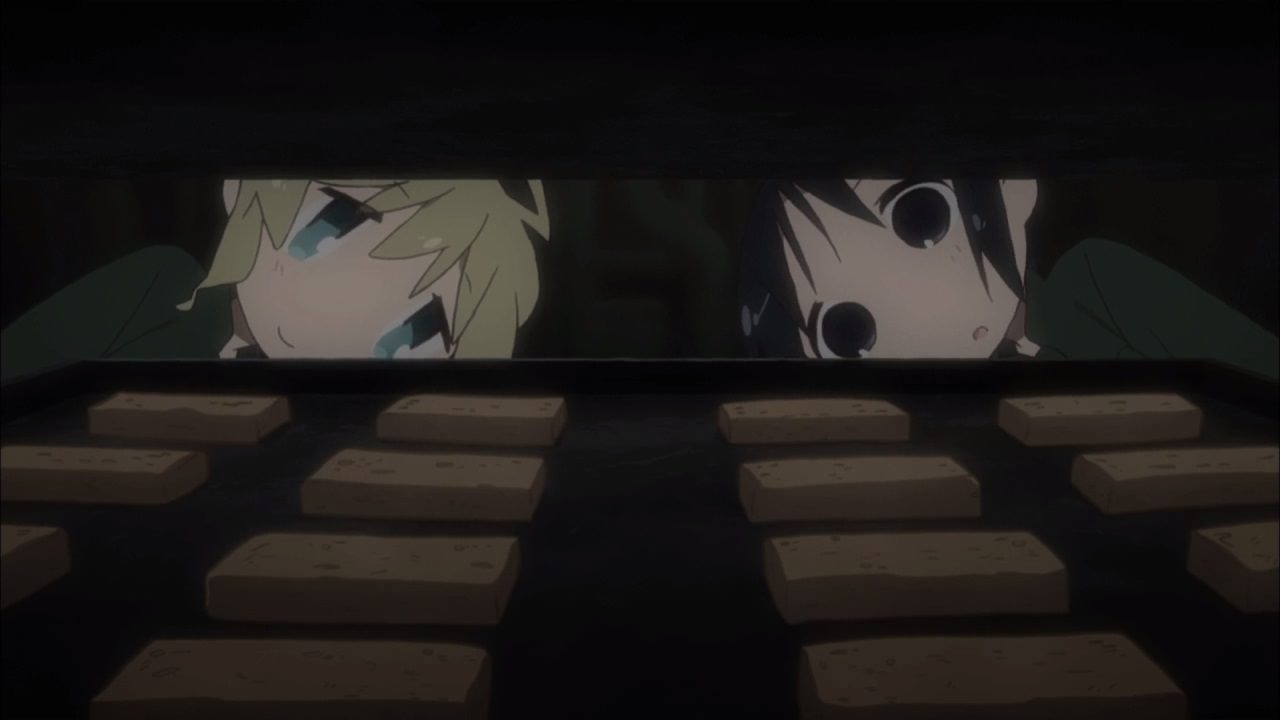 …and bake them into the oven. Sure that Yuu is very hungry to eat those rations, but Chi-chan told her to wait until it’s ready. 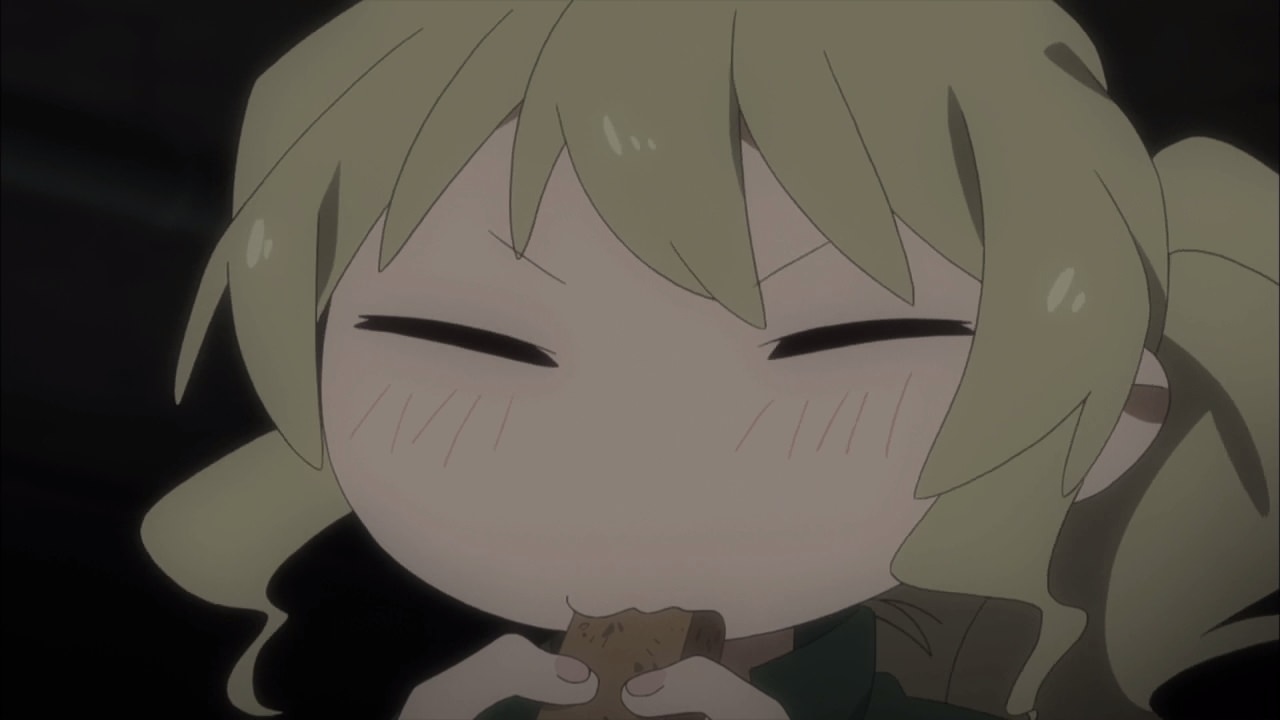 Eventually, the rations are fully-baked and as for the taste? Well, it’s delicious according to Yuuri, although it’s a tad more sweet due to adding more sugar. 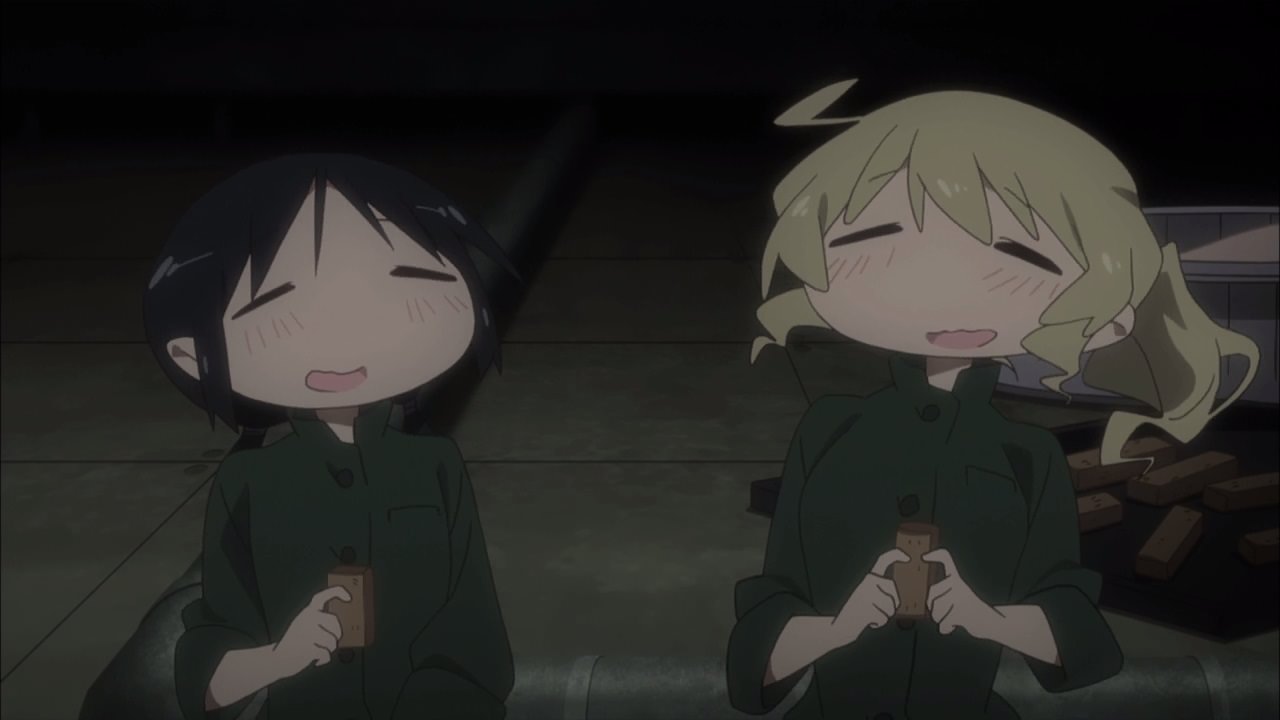 But hey, at least the girls got their taste on baking their own rations from scratch. Now the only thing left to do is to package them and put those rations on their Kettenkrad. Then again, where’s their Kettenkrad?

In any case, that’s about it for this week’s episode of Girls’ Last Tour and while there’s no hint on their next destination, I’m hoping that both Chito and Yuuri can survive this!