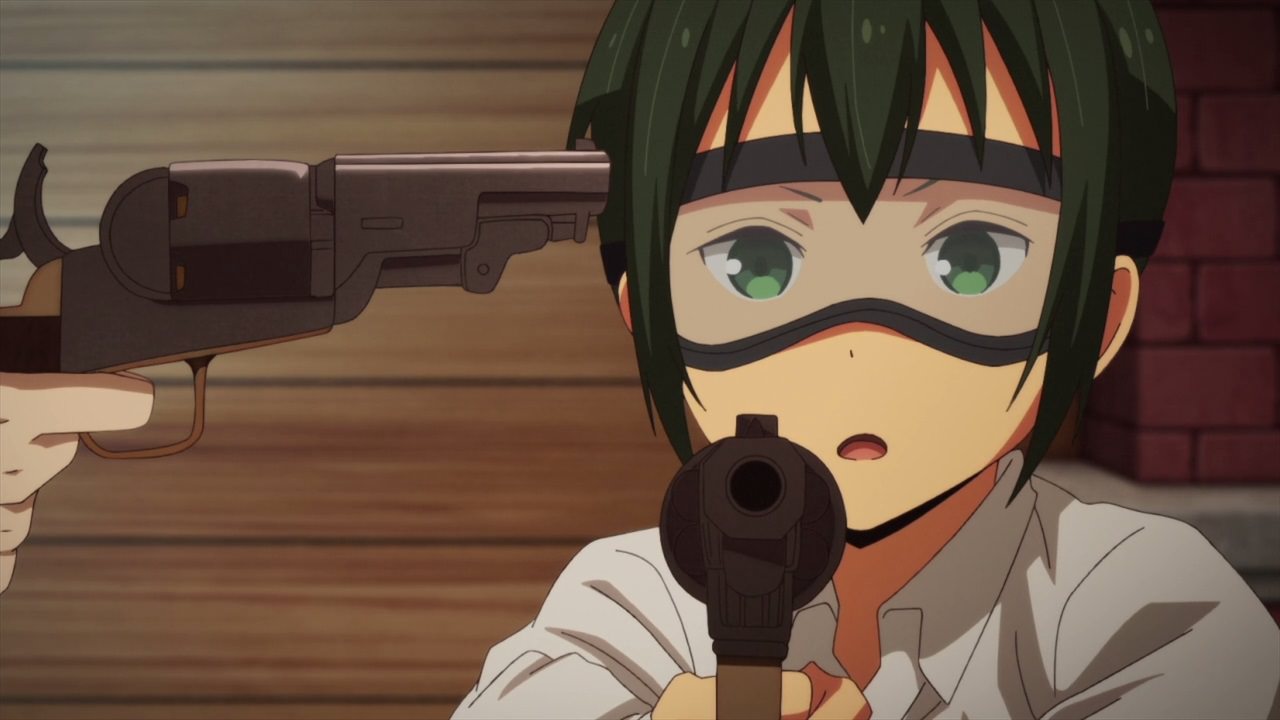 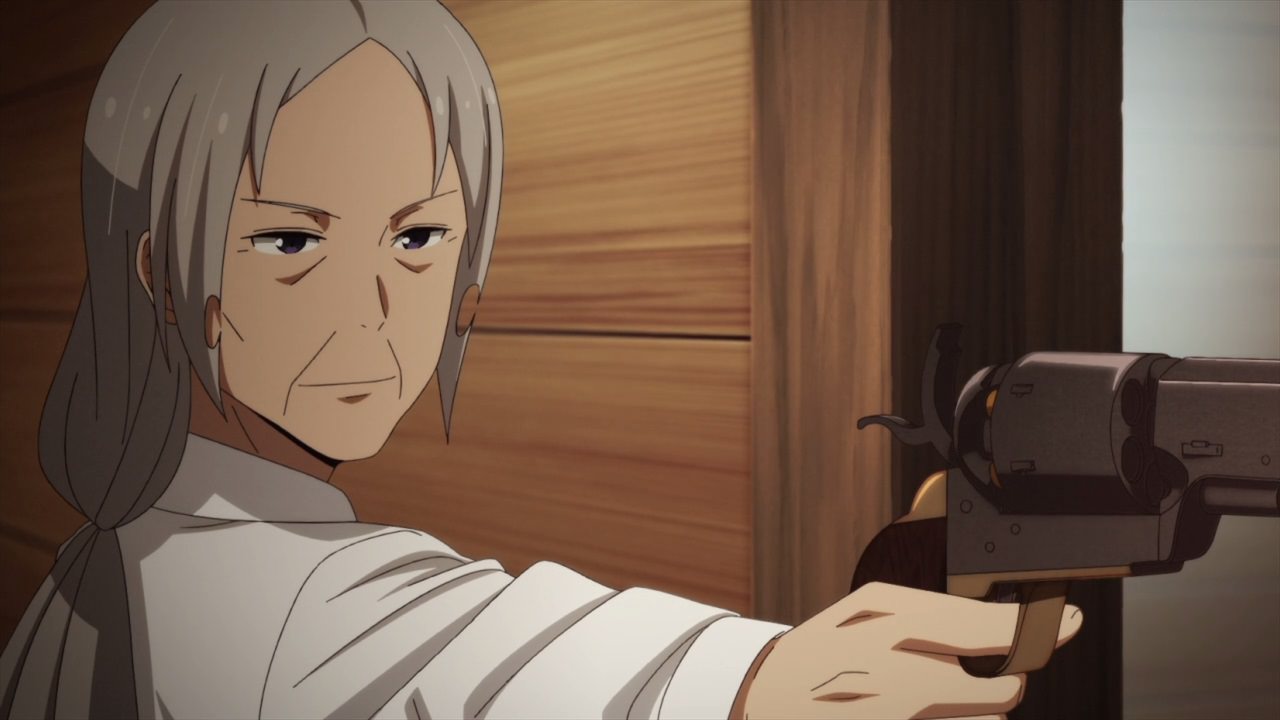 Here’s something interesting on this episode as it features Kino’s master, who teaches the young traveler about marksmanship and self-defense after being rescued by a certain person from her hometown.

By the way, please watch the final episode of the 2003 version if you want to know about Kino’s childhood story. Then again, I felt so rusty upon remembering it. 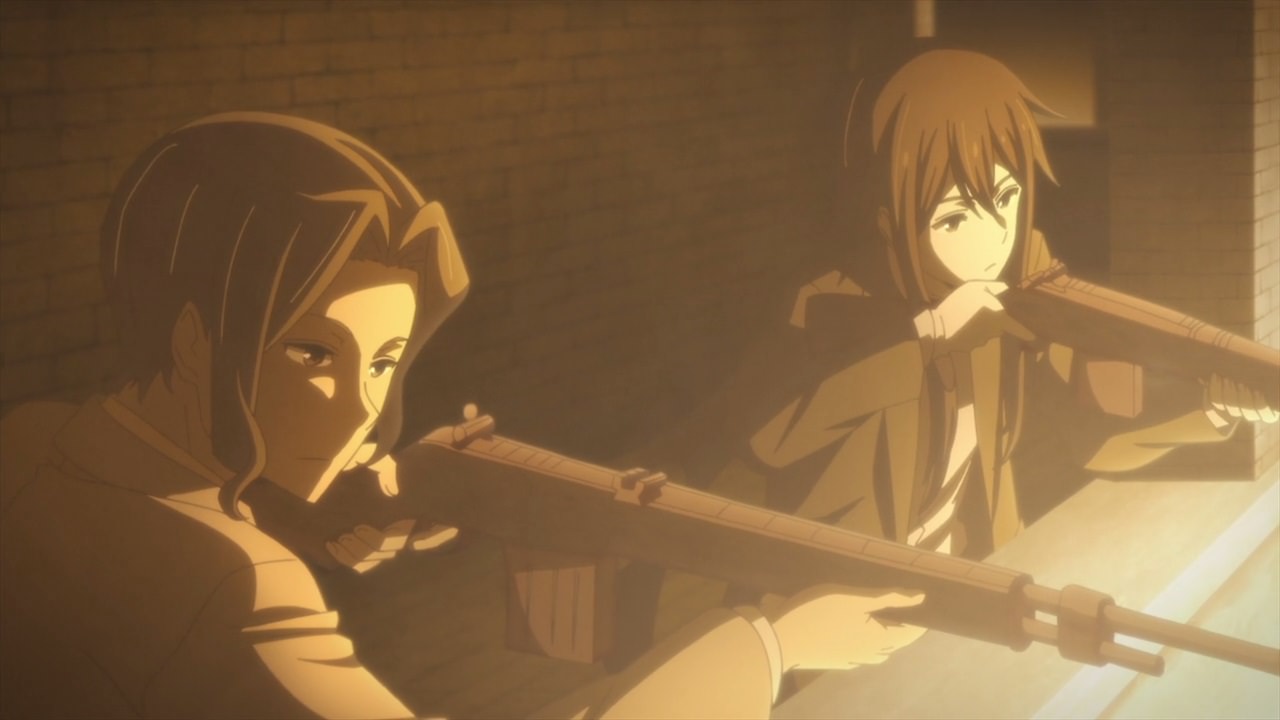 But anyways, let’s talk about Kino’s master when she was a young traveler who sells goods at higher prices. Accompanied by her male apprentice, the Master went to a certain country that has a large clock tower in it and try to sell gems there.

However, the Master’s apprentice got caught by the police as he was falsely accused of selling drugs. While she tried to leave her companion behind, it seems that the Master won’t do that so she decided to rescue her apprentice, occupy the clock tower and make a scene… 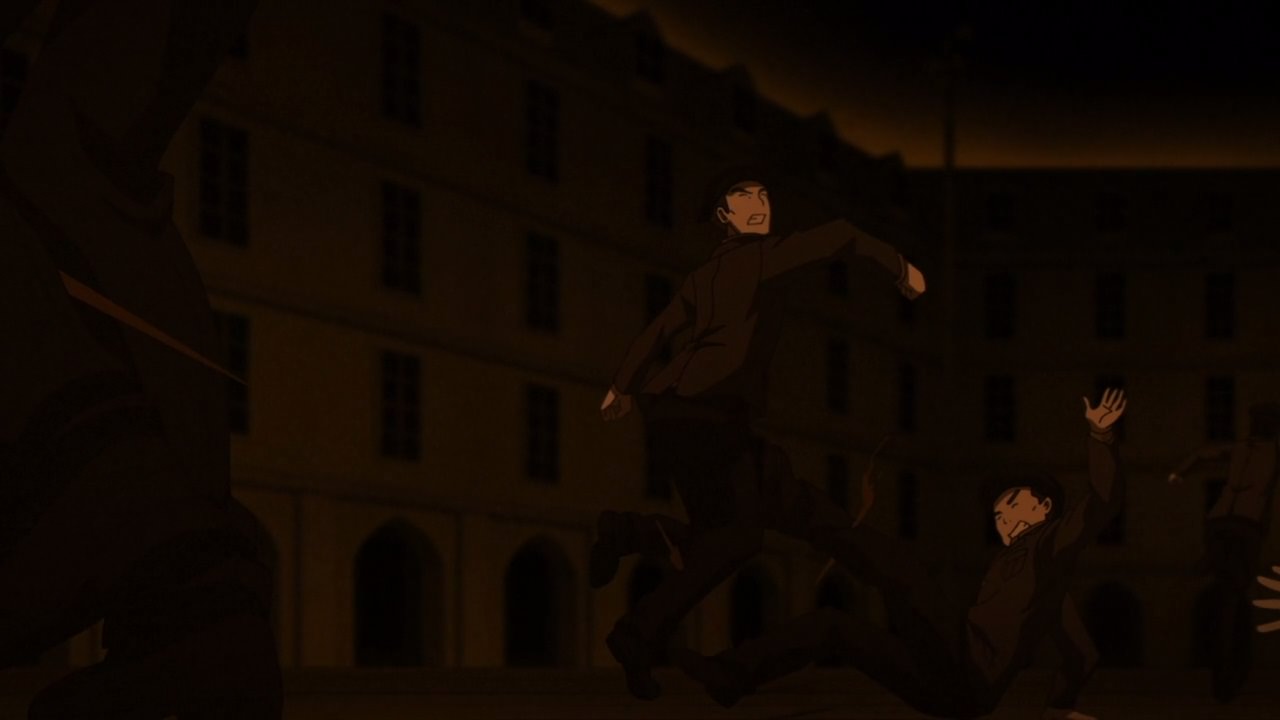 …by shooting the police officers in the knee instead of the head. The reason why Kino’s master and her male apprentice decided to main the officers is because they want to inflict fear upon the police force. I mean, shooting them in the head would anger them.

For 3 days and 3 nights, these two travelers hold the higher ground against the police force until they decided to stop their terror and leave the country unscathed. By the time the Master and her apprentice left, the police force became a shell of their former selves now that they’re scared of being shot by those two travelers. 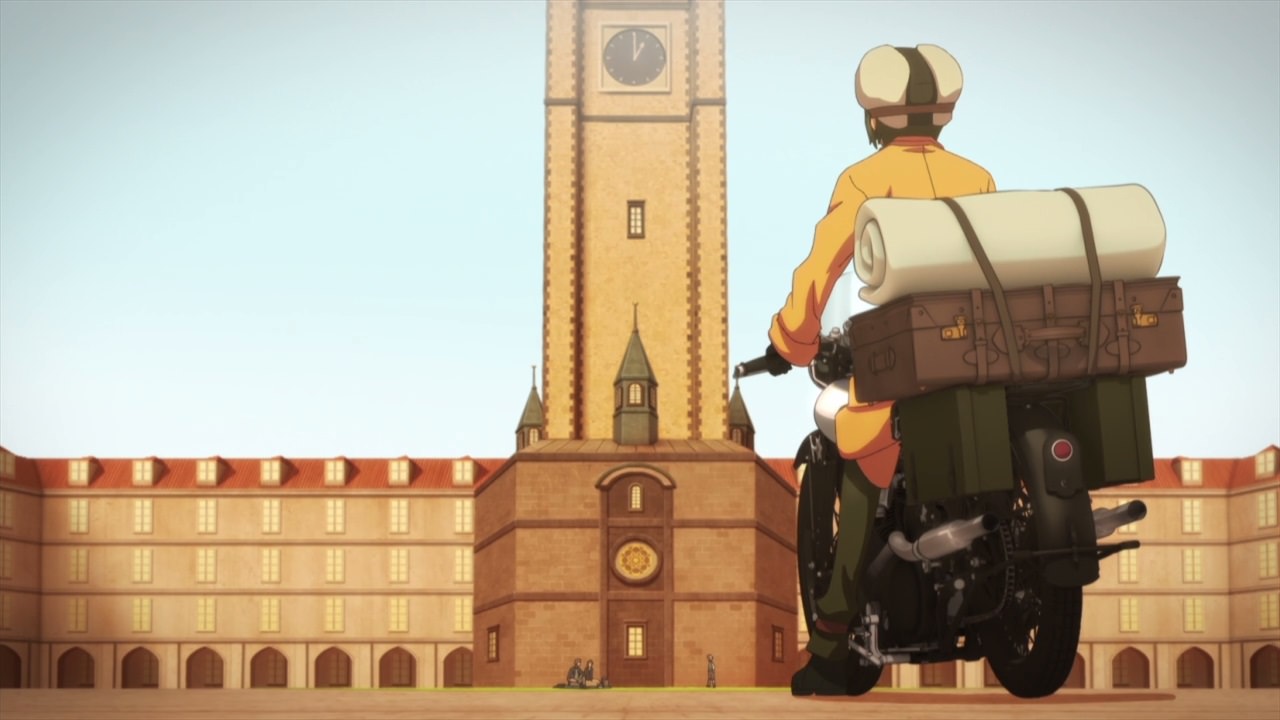 Now then, let’s go back to the present as Kino and Hermes went to the clock tower country. Yeah, this country felt familiar upon going inside of it. 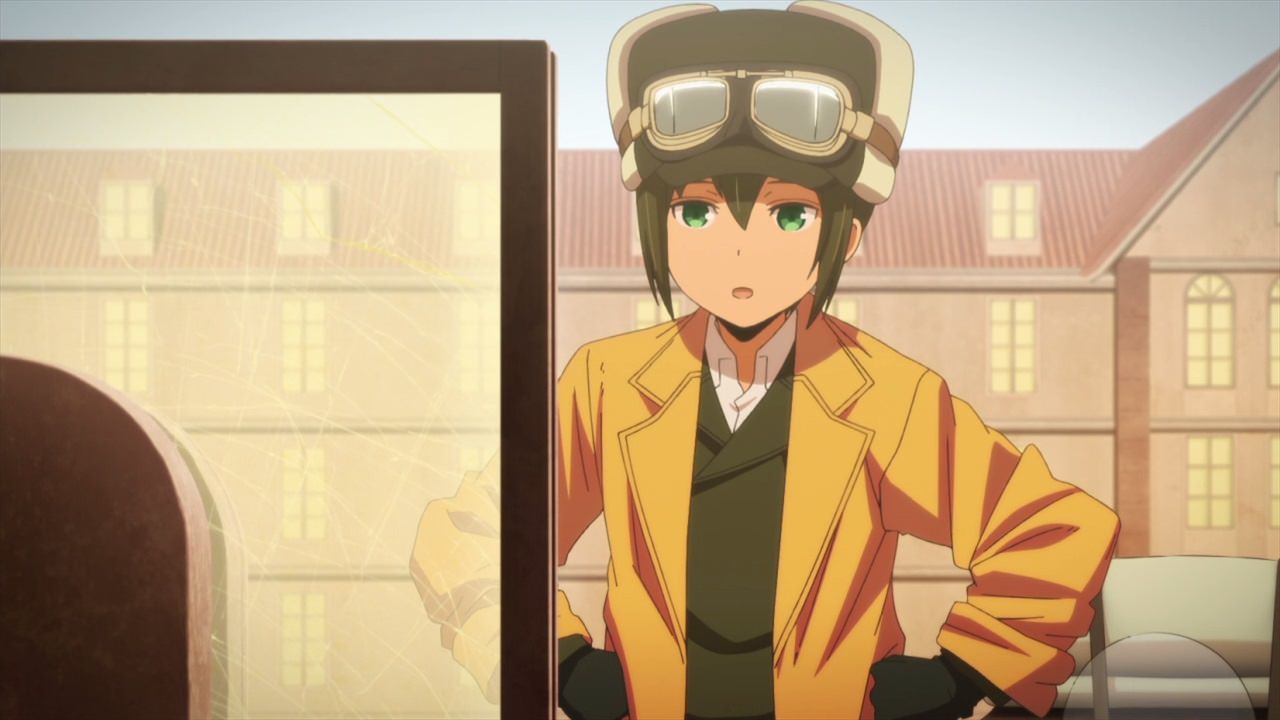 Upon entering the clock tower, Kino noticed a monument about two heroes who liberate the country from the corrupted government. Said heroes happened to be Kino’s master and her unnamed male apprentice. Then again, I wonder what happened to Master’s companion though? Still, it’s a surprise that Kino’s master left a mark on this country even though she might not return due to being an old lady.

But anyways, that’s about it for this week’s episode and man, it’s very interesting to see how Kino’s master became a legend and not only that, I like how Lerche presented this episode in monochrome or in sepia tone which sets the mood for the Master to be the badass traveler in her prime.