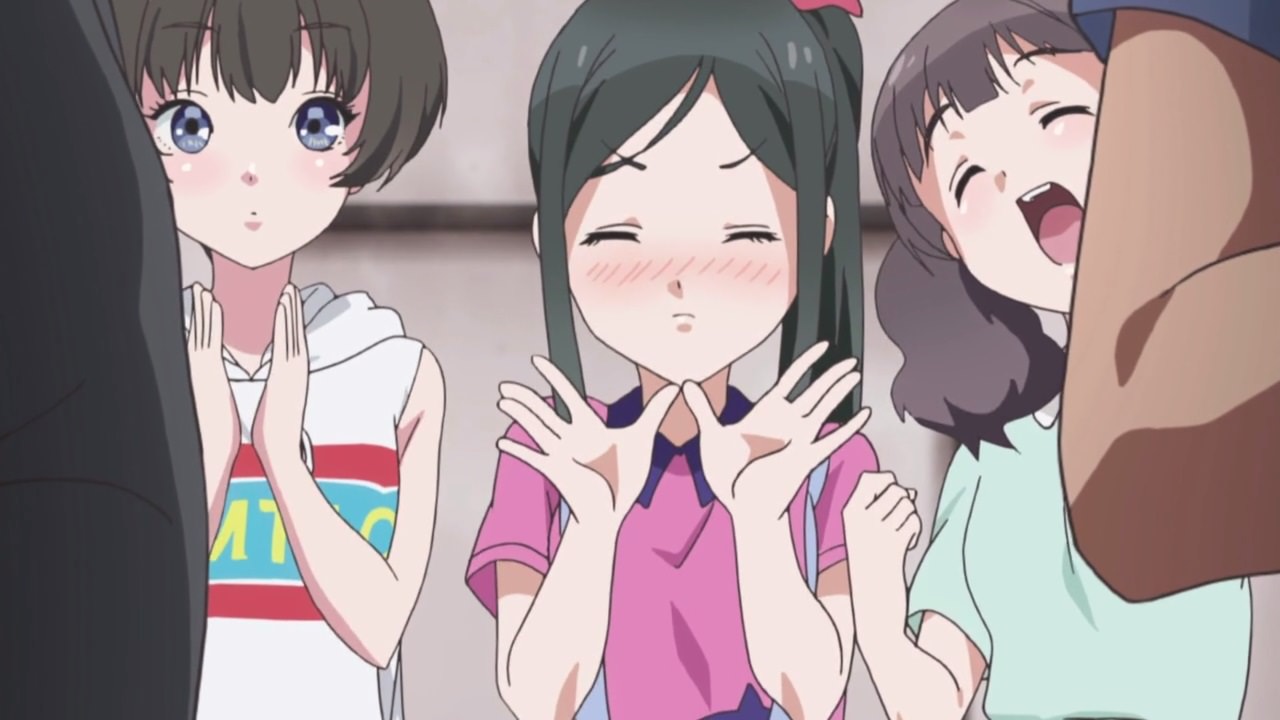 Hey guys, it’s time for Wake Up, Girls! to hold a bus tour around Sendai. For Ayumi Hayashi and her friends, it’s their chance to get closer with WUG! than ever before.

Then again, Hayamaru has that ambition of becoming an idol just like Mayu Shimada. 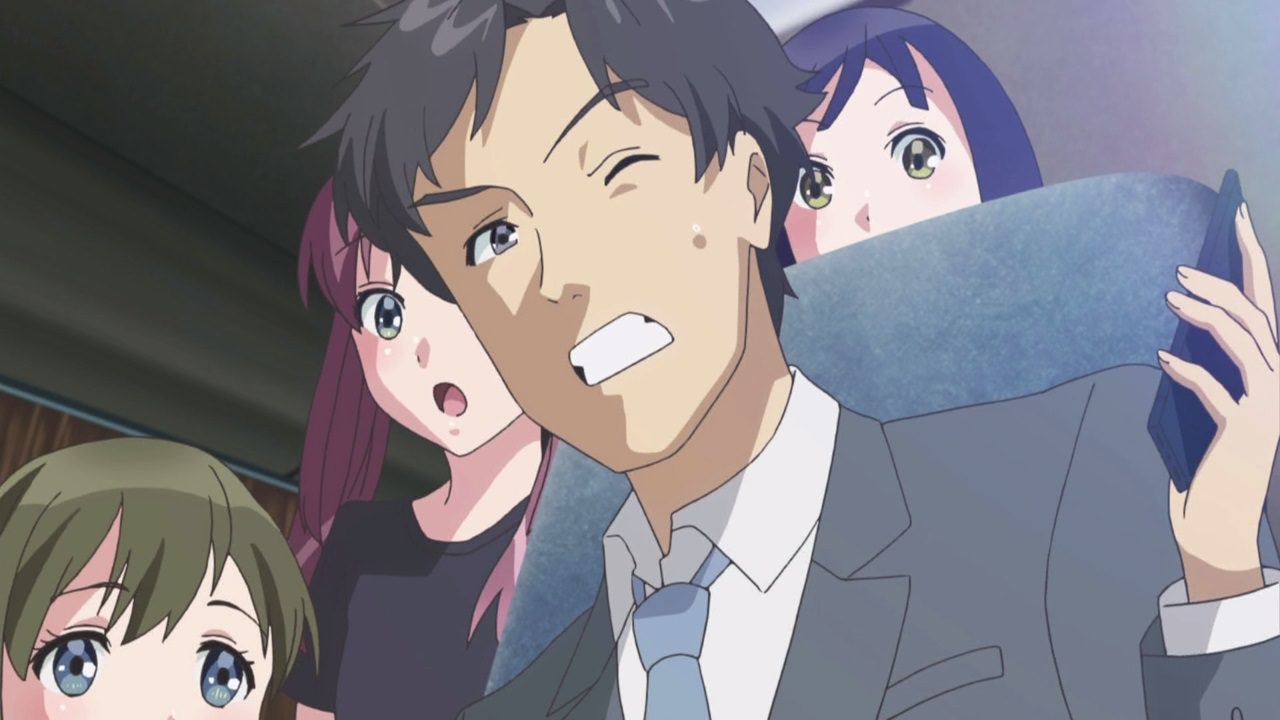 Meanwhile, it looks like Wake Up, Girls! will have one missing member as Kouhei Matsuda got a call from an angry Junko Tange. 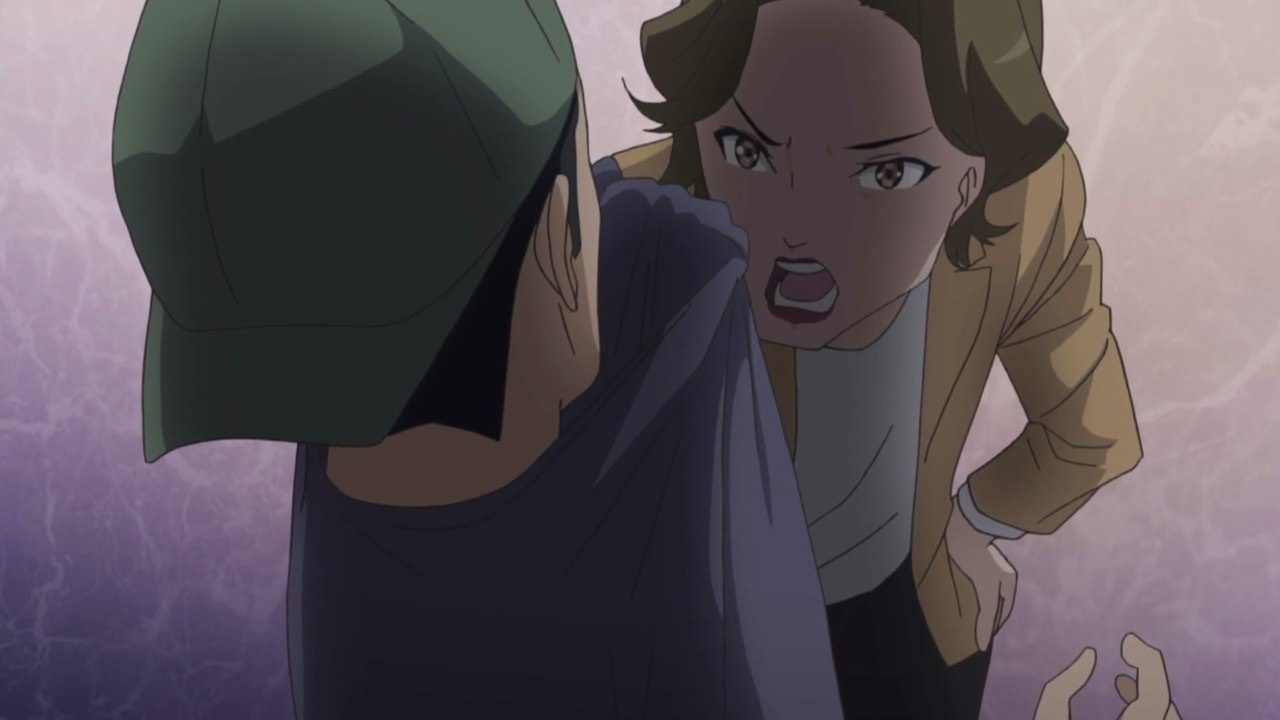 As you can see, she’s very upset that the variety show is getting some delays as the chef couldn’t think of making a dish on time. 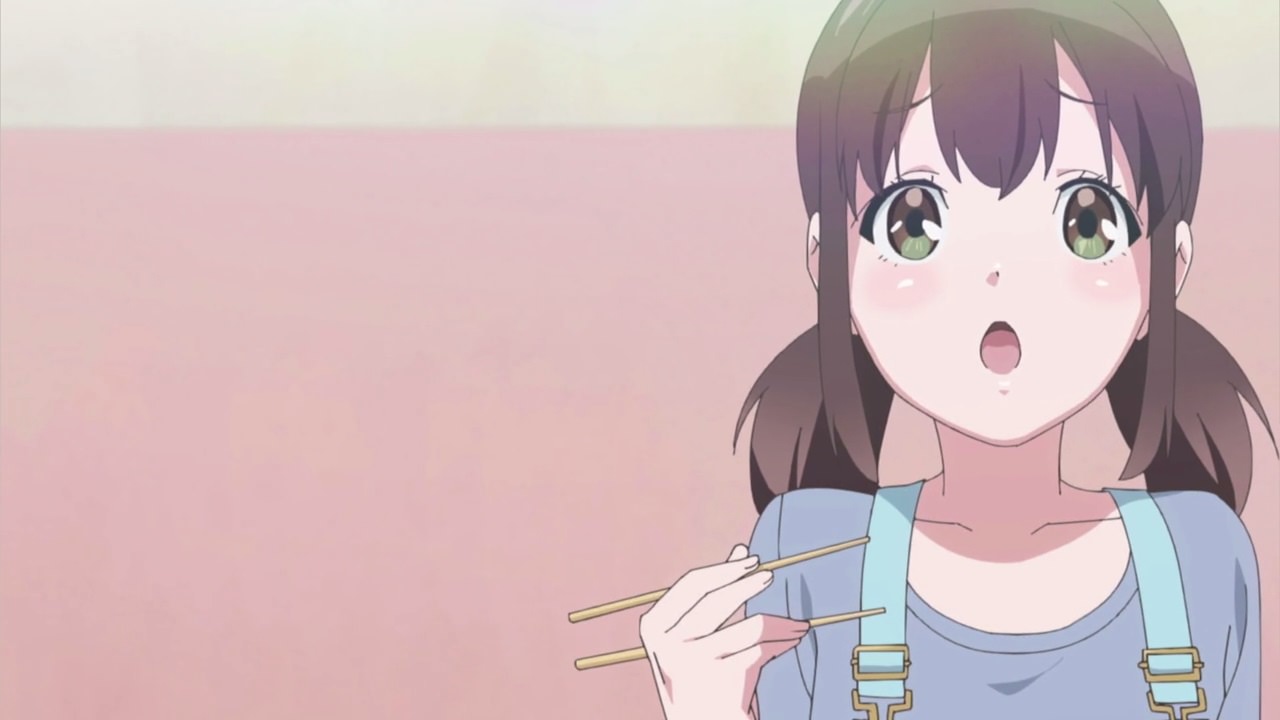 Oh yeah, and here’s Minami Katayama as she’s pretty much stuck until the dish is served.

Yeah, Minyami is looking forward for eating today’s meal and join with the rest of WUG! in time. 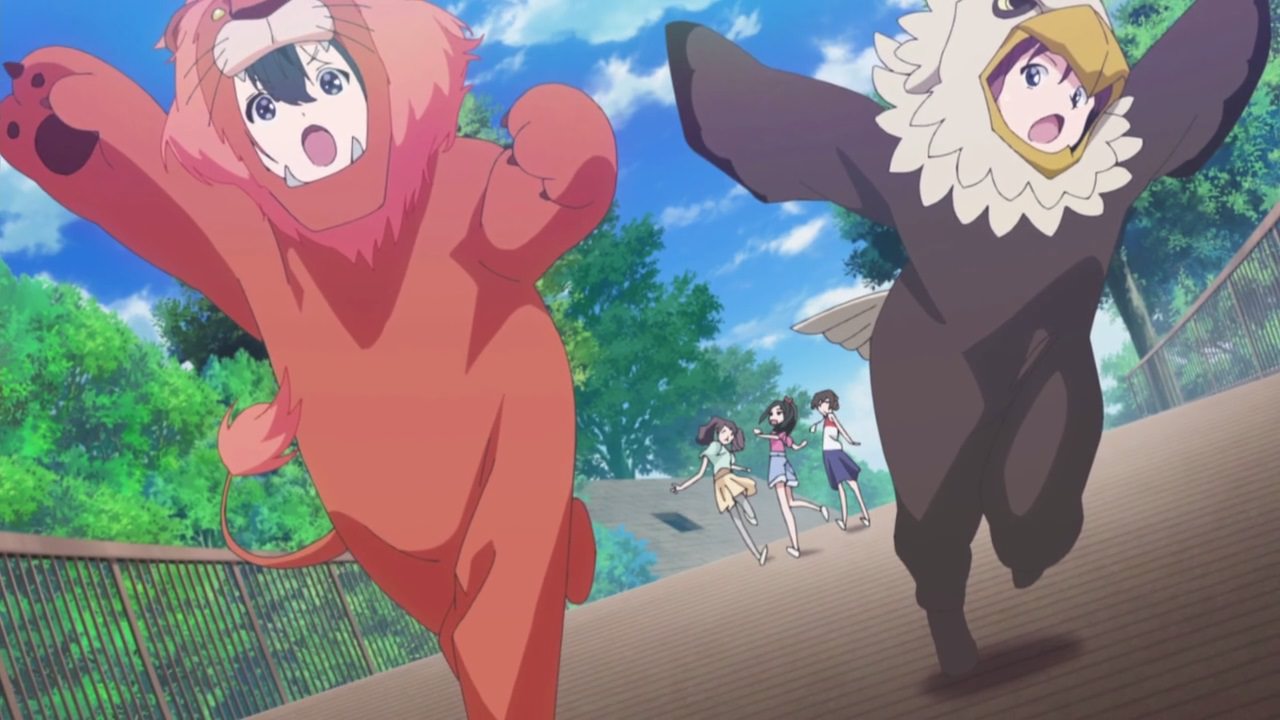 Regardless, the show must go on without Katayama as the rest of Wake Up, Girls! are doing fun games for the fans.

As you can see, the fans are searching them in order to get their stamp. Well, good luck to both Mayushi and Miyu-tan! 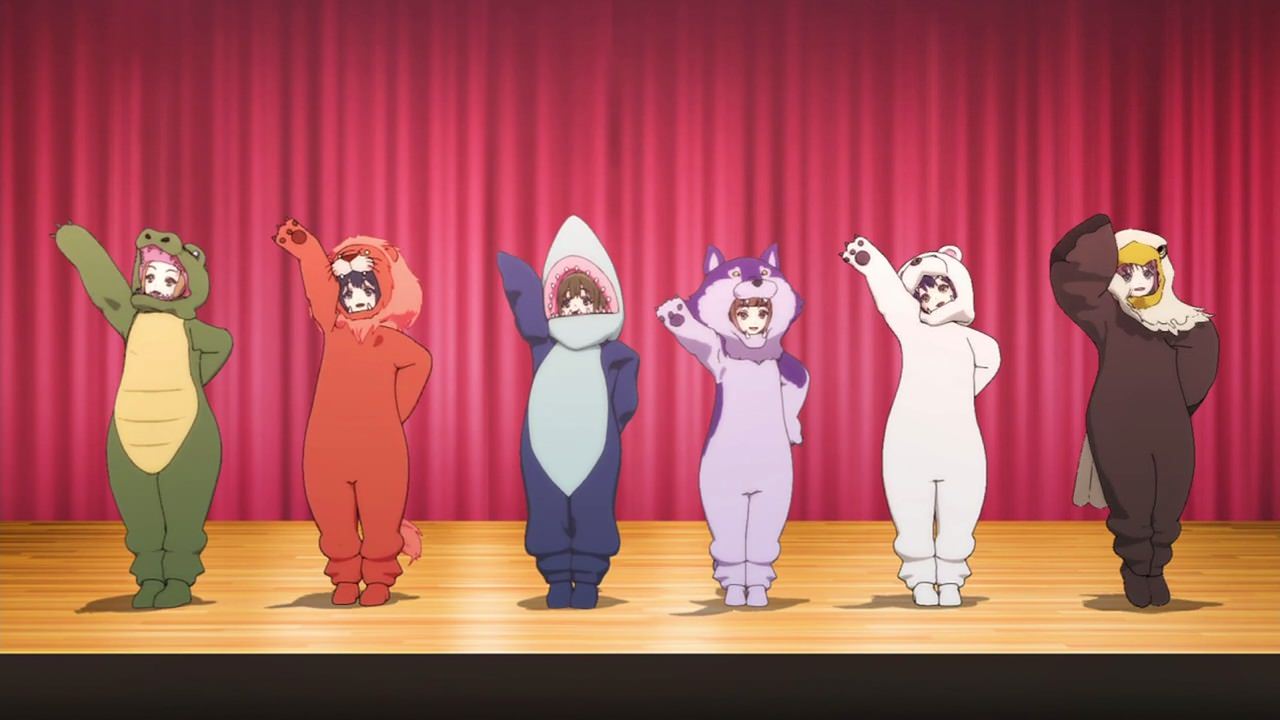 Afterwards, it’s time for the mini-concert as WUG! performed in front of their fans.

Sure that Minami Katayama is not there, but Wake Up, Girls! are still having a blast. 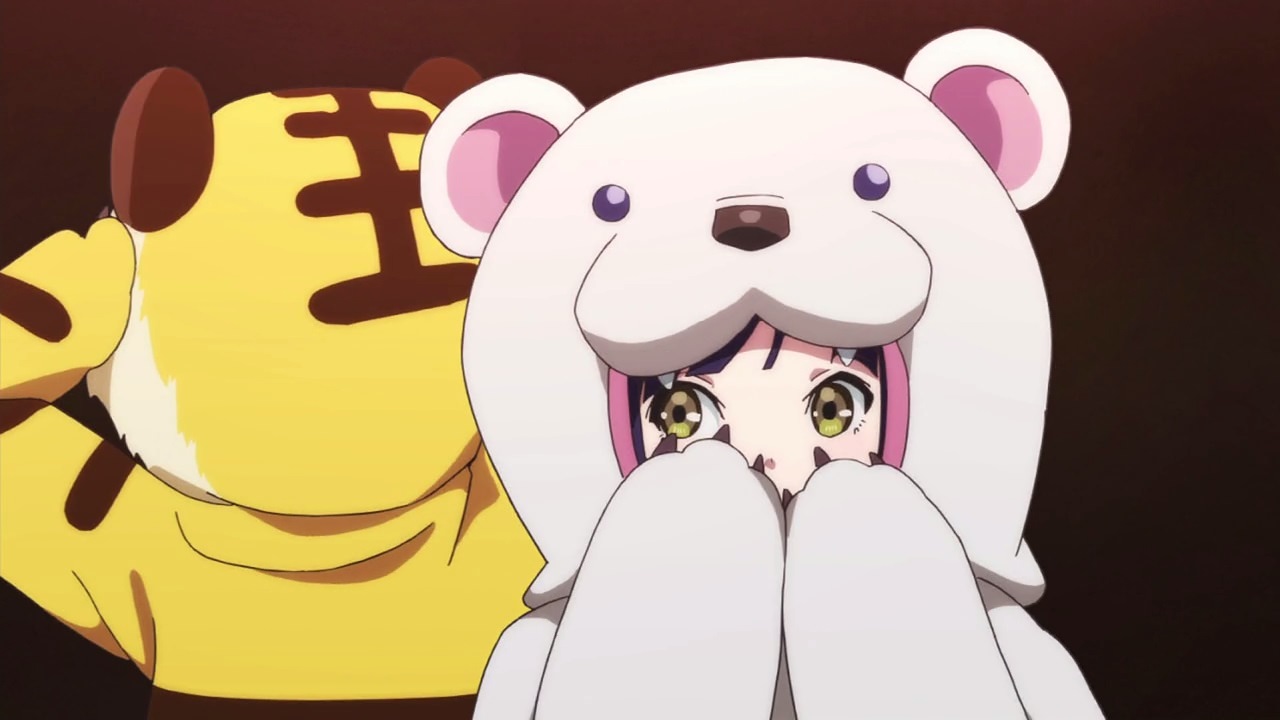 Then again, some fans are very eager to see Minyami but fortunately though, seems that WUG! has come up a plan to magically bring her to the stage. 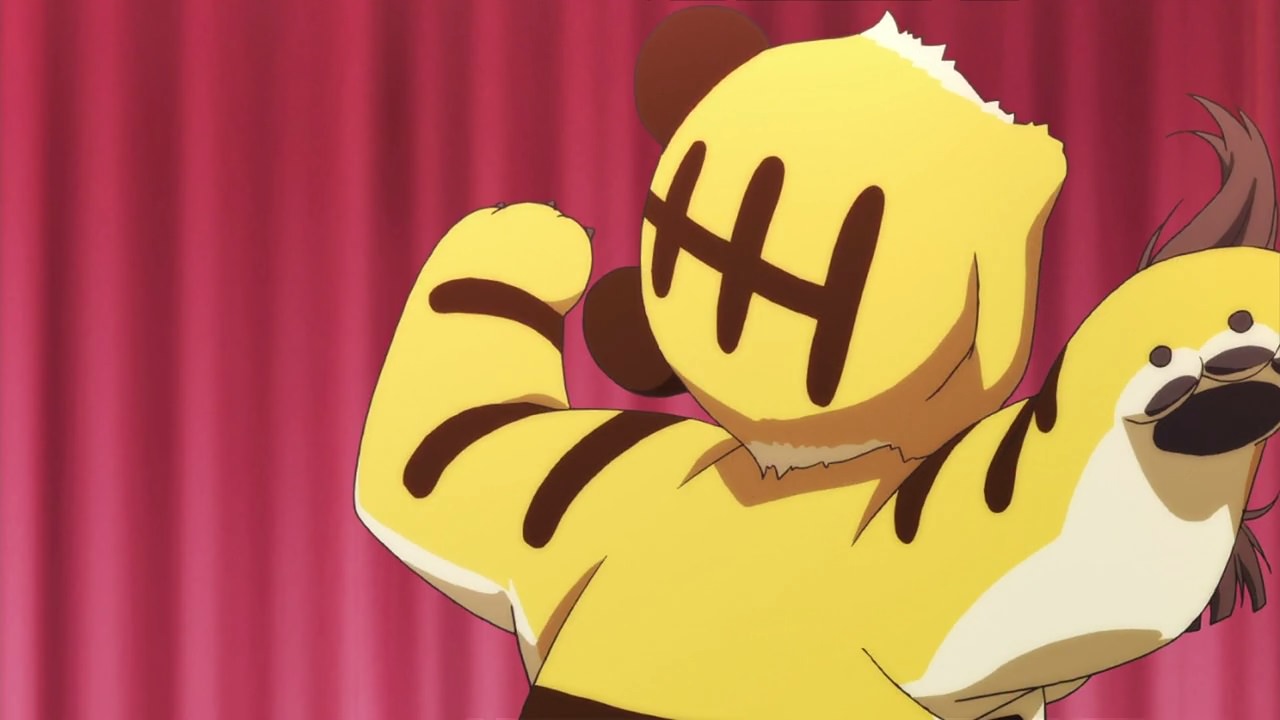 However, seems that Minami Katayama’s reappearance has hit a snag as she fell down to the floor. Oh, and her headdress falls off too. 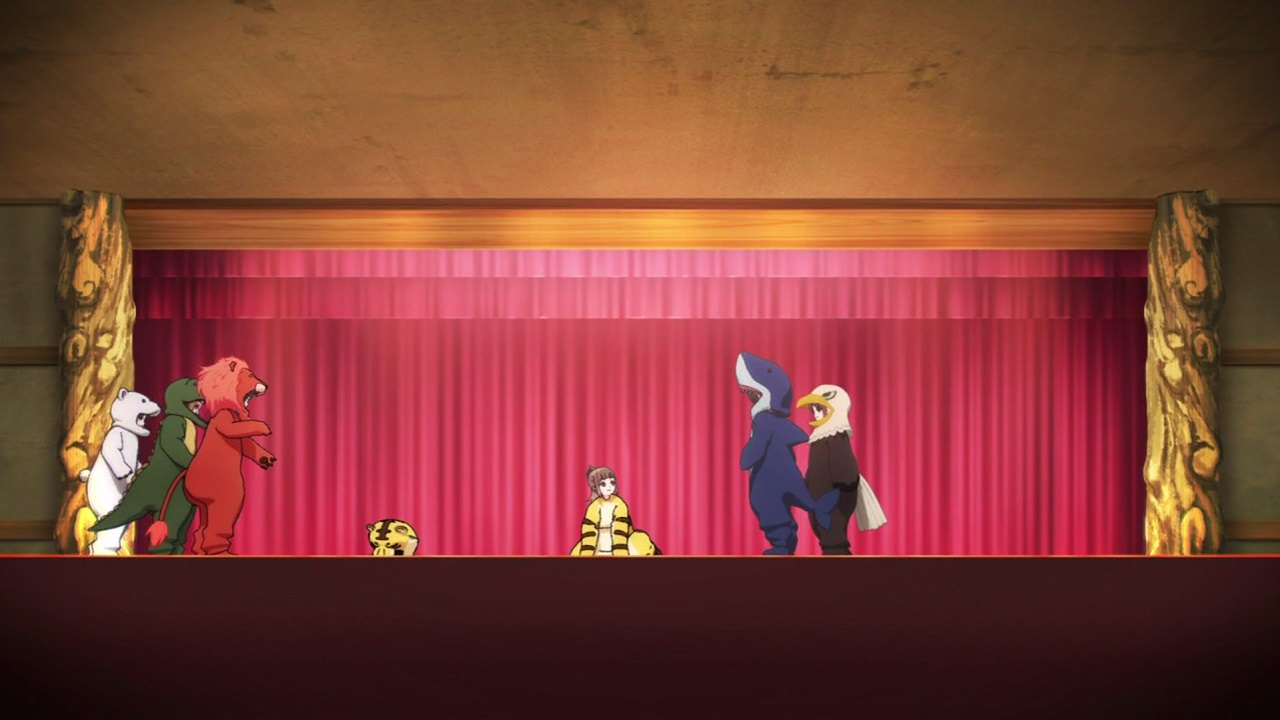 And then the fans felt surprised that it wasn’t Minyami, it’s actually Nanamin wearing a tiger suit.

Well, seems that they’re very disappointed about it! 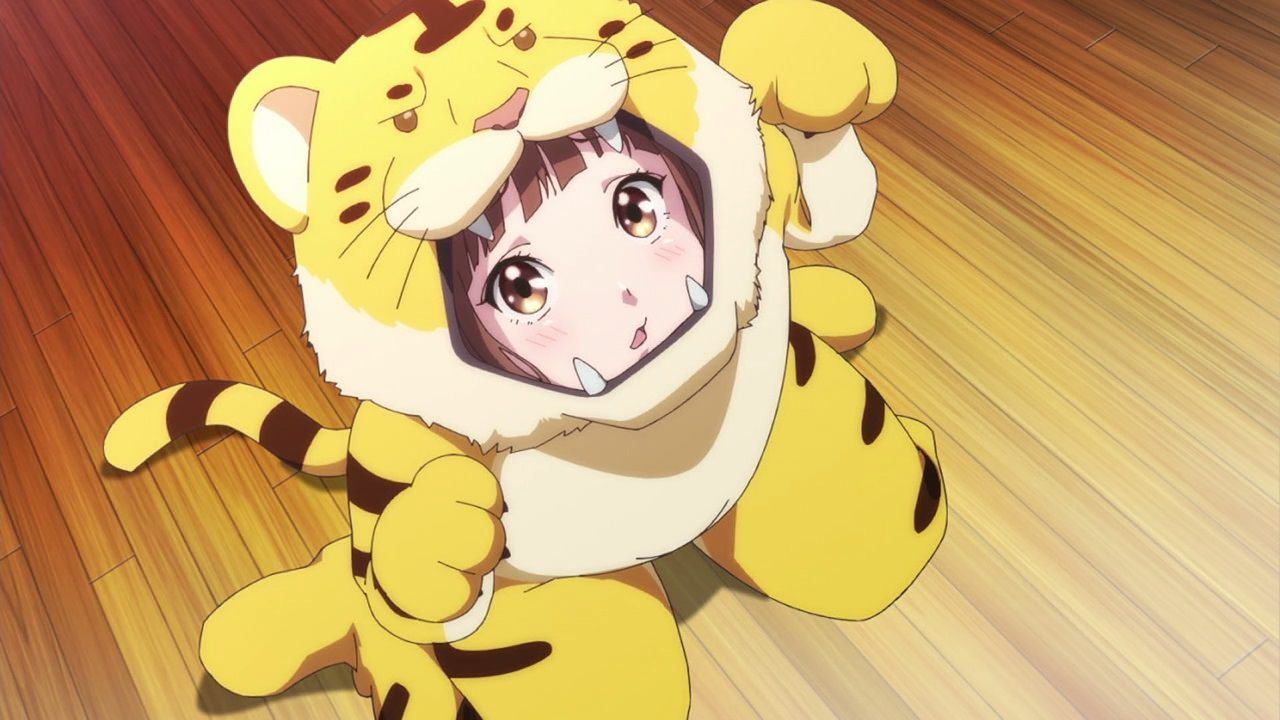 Then again, it looks like Wake Up, Girls! has turned this situation when Nanami Hisami is still acting as Minami Katayama… in a cutesy fashion.

As for the crowds, they started to love it and gained a lot of Nanamin fans thanks to this mishap gone right. 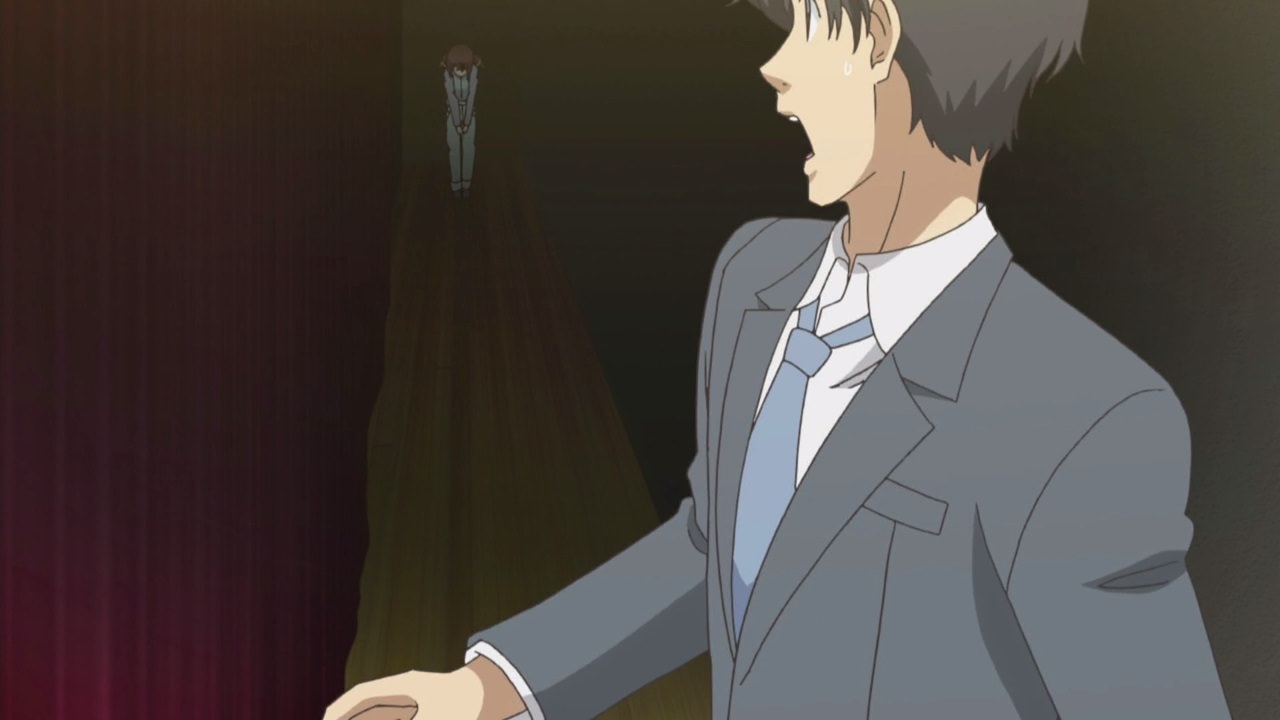 Meanwhile, seems that Minami Katayama has arrived after Junko Tange took her to the super express taxi ride. Oh and since it’s expensive to ride Minyami towards the hotel, Kouhei Matsuda will have to pay for it.

In any case, the mini-concert was a success now that Katayama has returned to join with the rest of WUG! C’mon, it’s better to have all 7 idols instead of losing one or two! 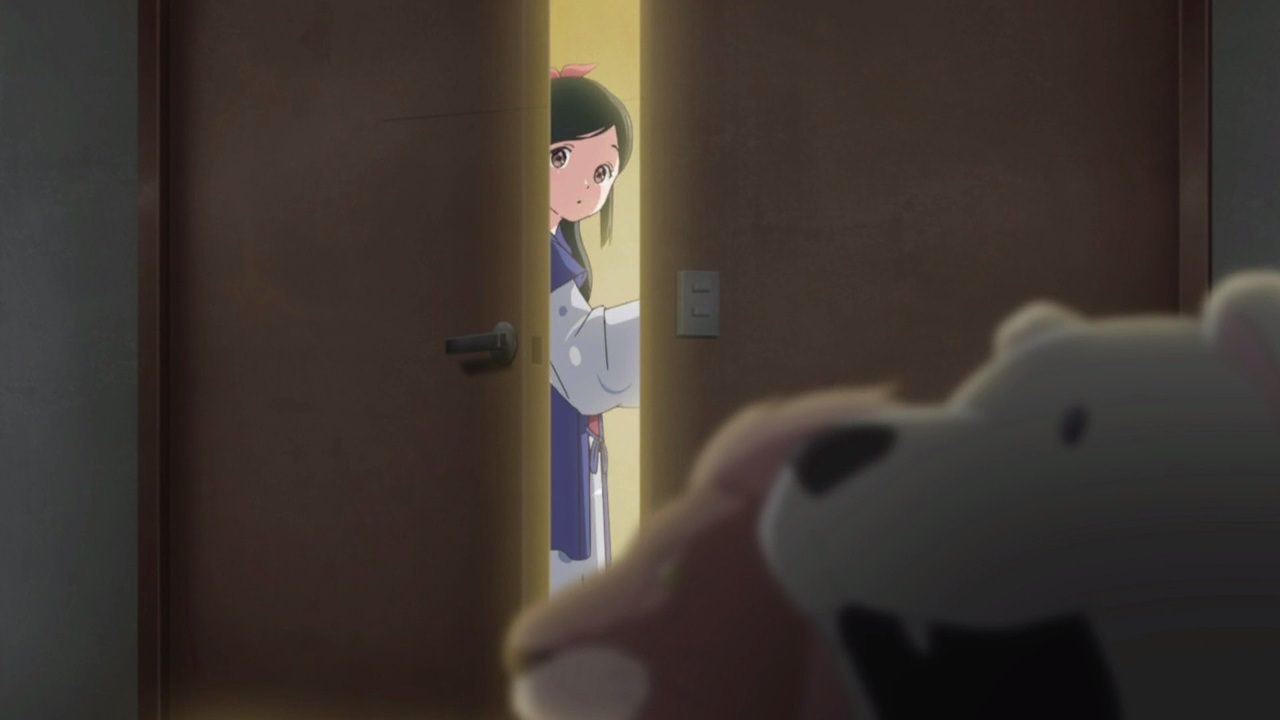 After the concert is over, it’s time for Wake Up, Girls! and their fans to relax at the hot springs. 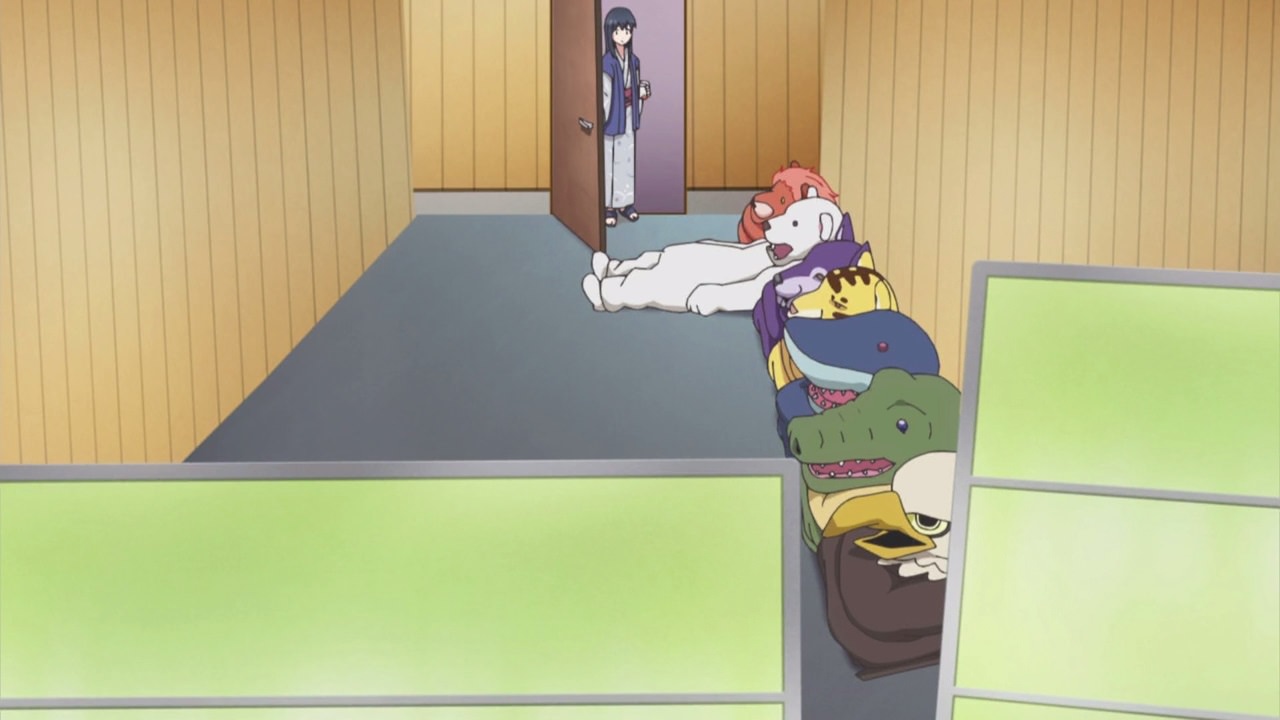 Now then, here’s Mayu Shimada as she returned to the dressing room to see if any of her fellow idols are inside.

Of course, she didn’t see anything inside so Mayushi went to the hot springs and wash herself up. 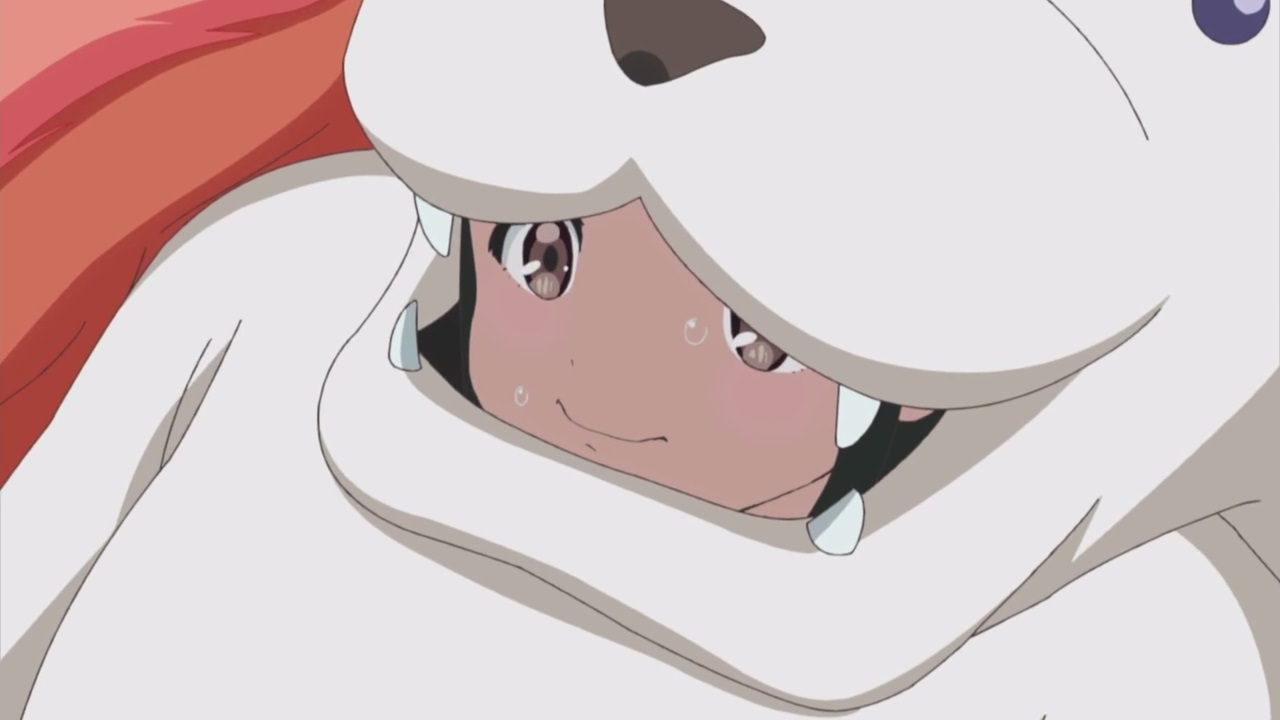 On the other hand though, it looks like Ayumi Hayashi is hiding in the dressing room all along. Not only that, but she’s wearing Yoshino Nanase’s bear costume.

Seriously Hayamaru, are you playing Solid Snake or you just want to smell Yoppi’s sweat. Then again, the latter would be disgusting! 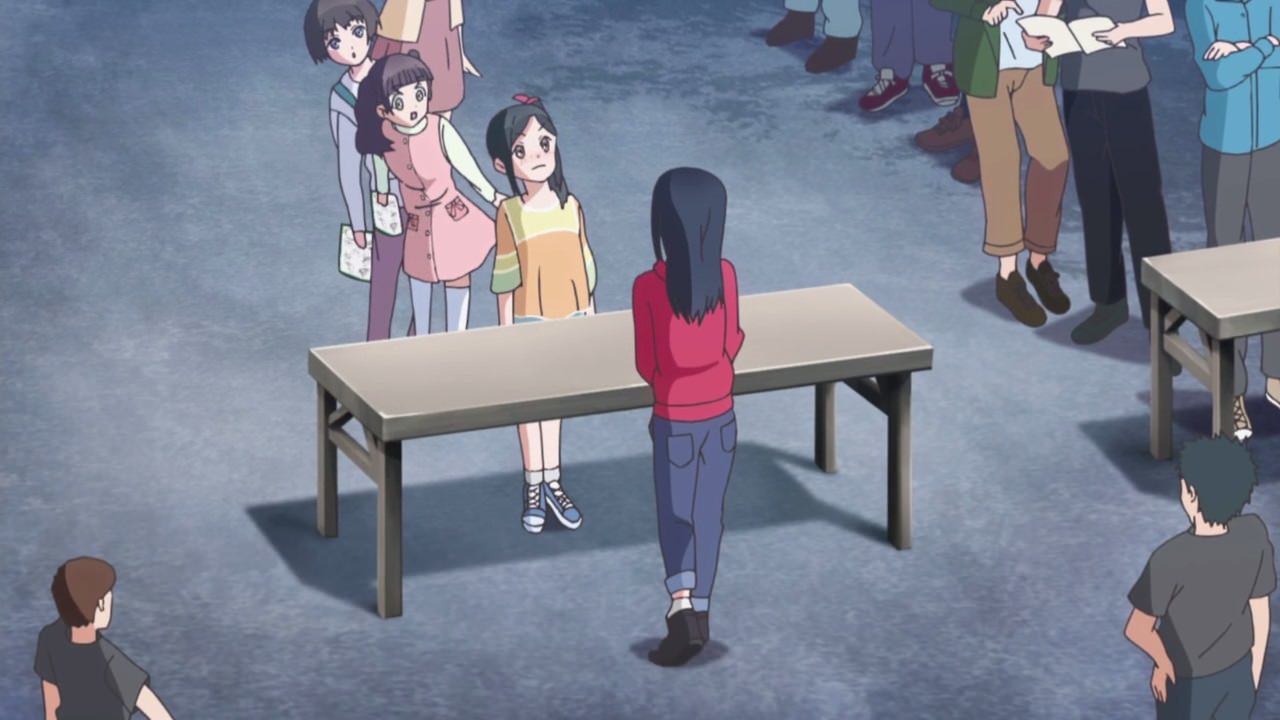 In any case, the bus tour is over as Wake Up, Girls! ends this tour with a handshake event. Just remember to clean your hands before shaking your idols. As for Ayumi, she’s squealing with glee that Hayamaru is aiming to be like Mayushi.

Now that the bus tour is done and dusted, the next thing that Green Leaves Entertainment will do is to hold a national concert tour for WUG! Of course, it’ll be hard one as I-1 Club is planning something big that’ll revitalize the idol group and remain on the top for many years to come. Then again, it’s not like Wake Up, Girls! will compete against them head-on.