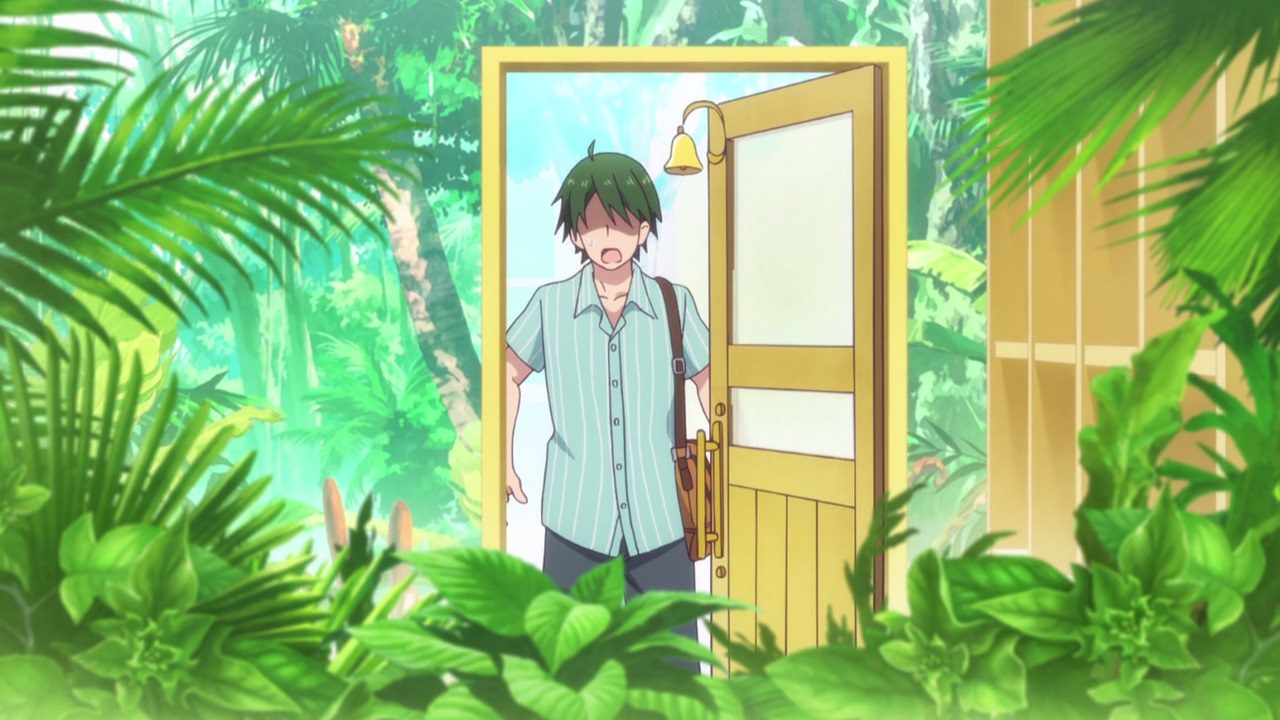 Well look what we have here, seems that Café Stile has transformed into a jungle and Kouyou Akizuki is very surprised about it!

Of course, navigating this indoor jungle would be a freakin’ pain in the ass as the staff might get lost in the wilderness. 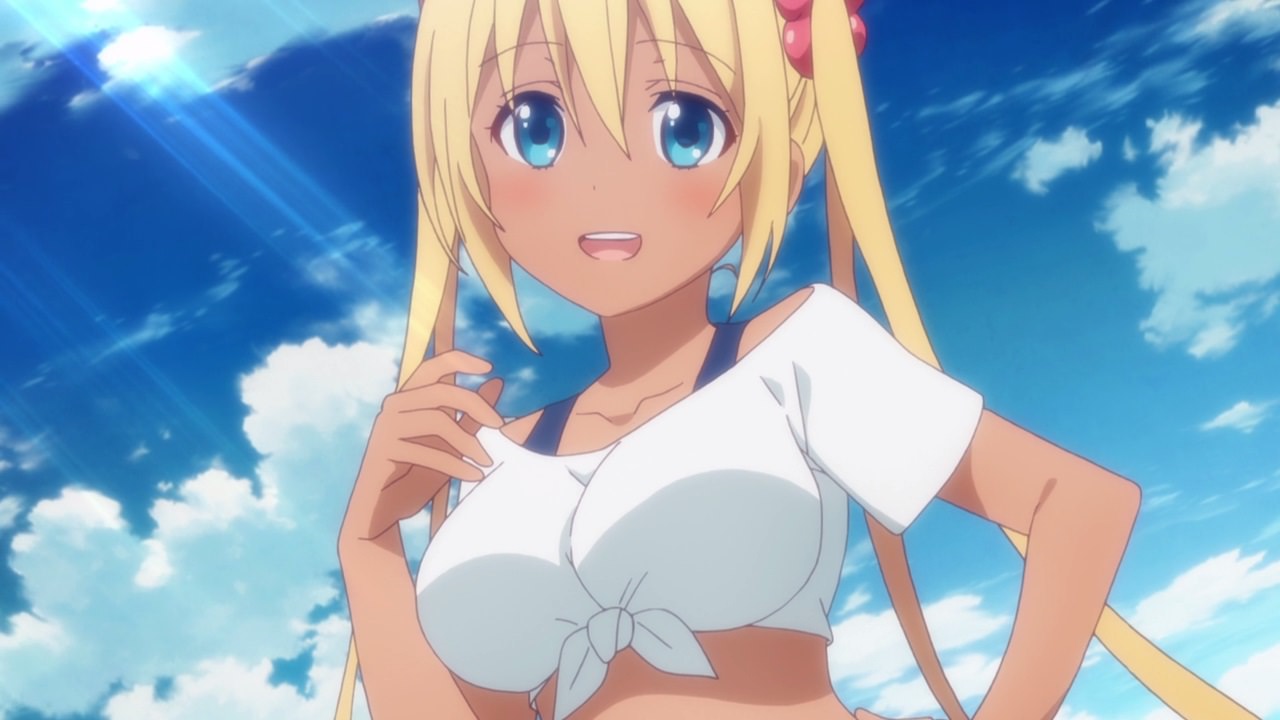 But on the other hand, you got some sun-tanned waitresses like Kaho Hinata who looks like a kogal character than a tsundere high school student. 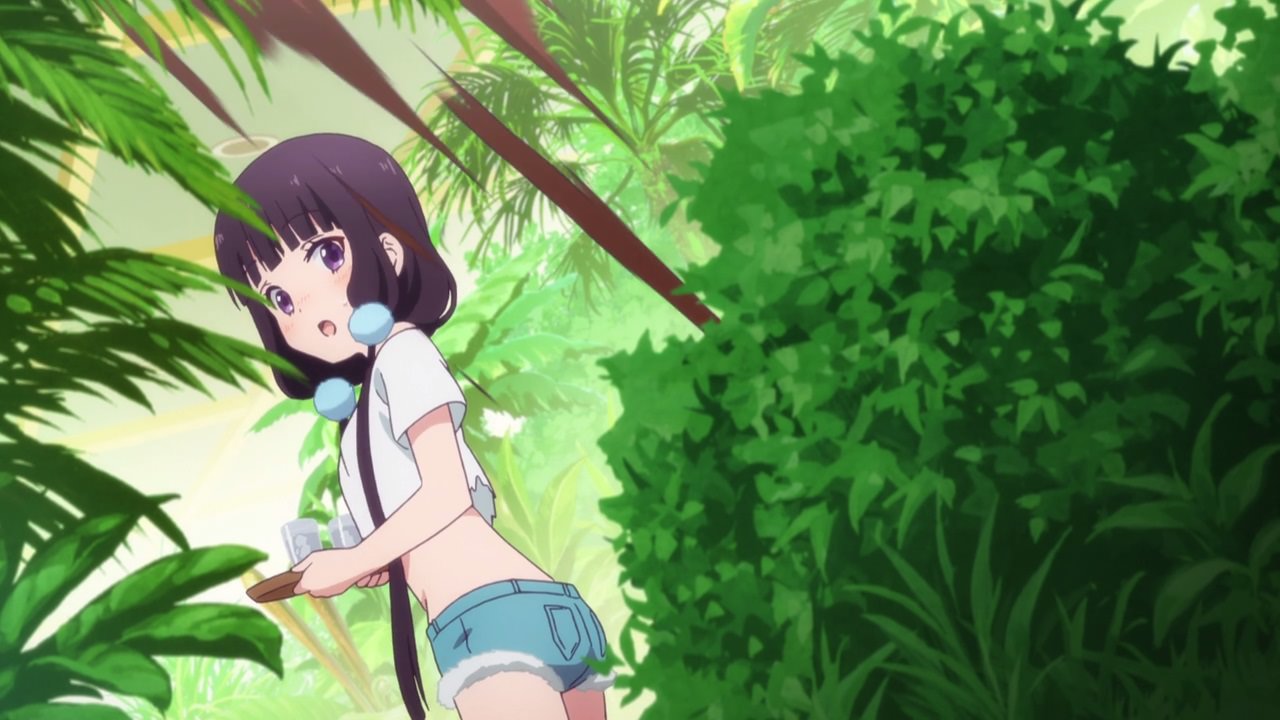 On the other hand, here’s Maika Sakuranomiya as she got a light tan. At least she didn’t get a sunburn!

But more importantly, Maika encountered something that startled her. 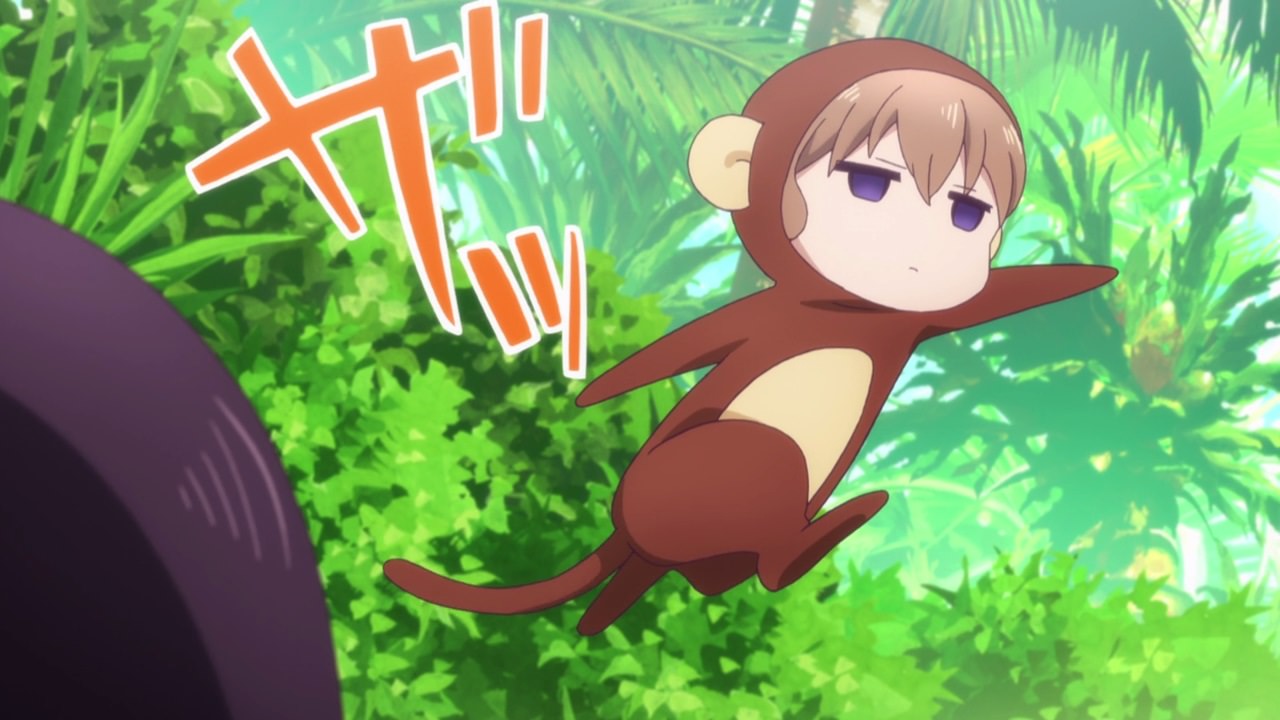 Oh, it’s just Mafuyu Hoshikawa in a monkey suit. Nothing unusual going on, but it would be nice if Mafuyu sticks to her cutesy little sister act when wearing that suit. 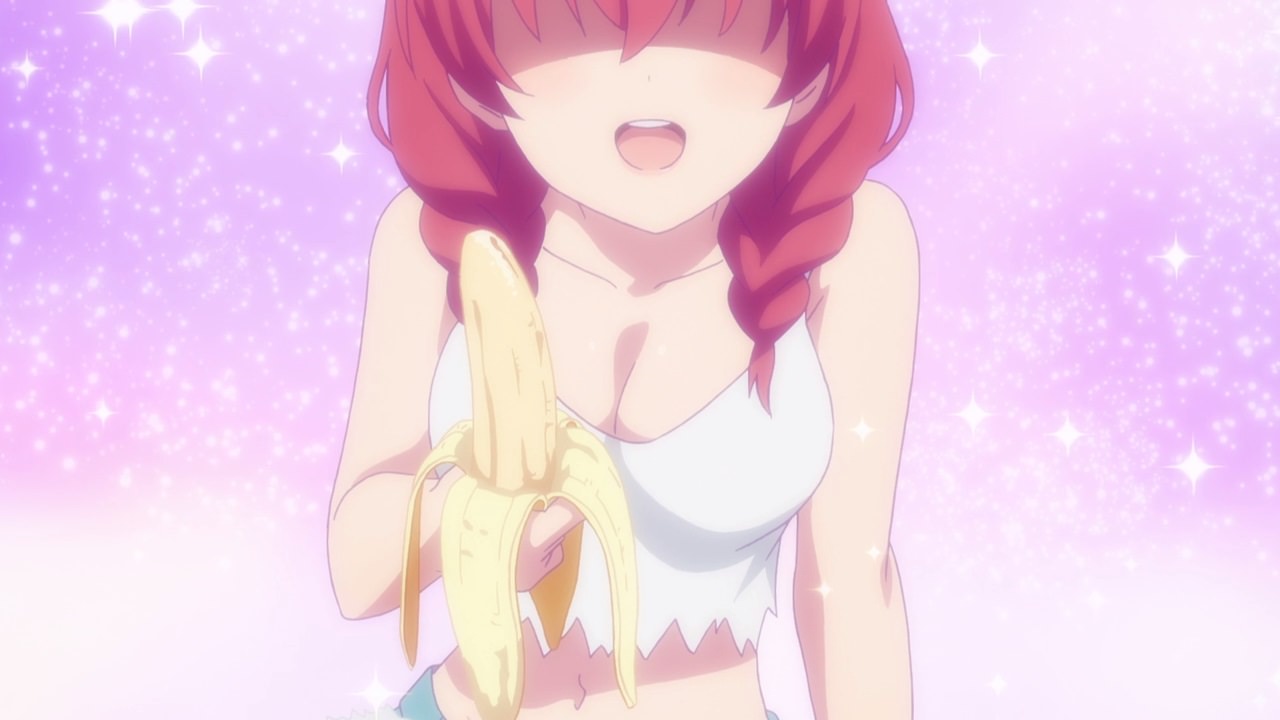 Also, here’s Miu Amano as she teaches her customers on how to eat a banana. Yeah, the sexual innuendos is strong in this one! 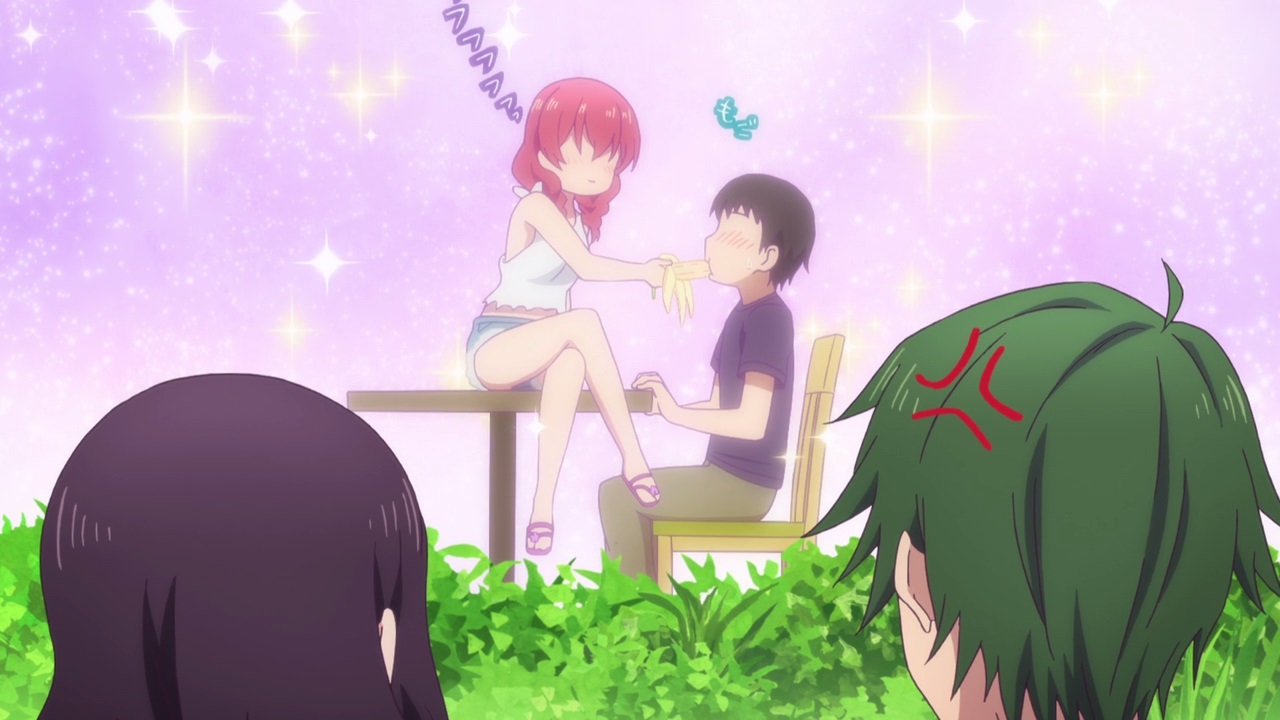 Then again, Miu-oneesama is feeding her patrons that they might gave them a boner. I feel that Amana would do a doujinshi about this once her shift is over! 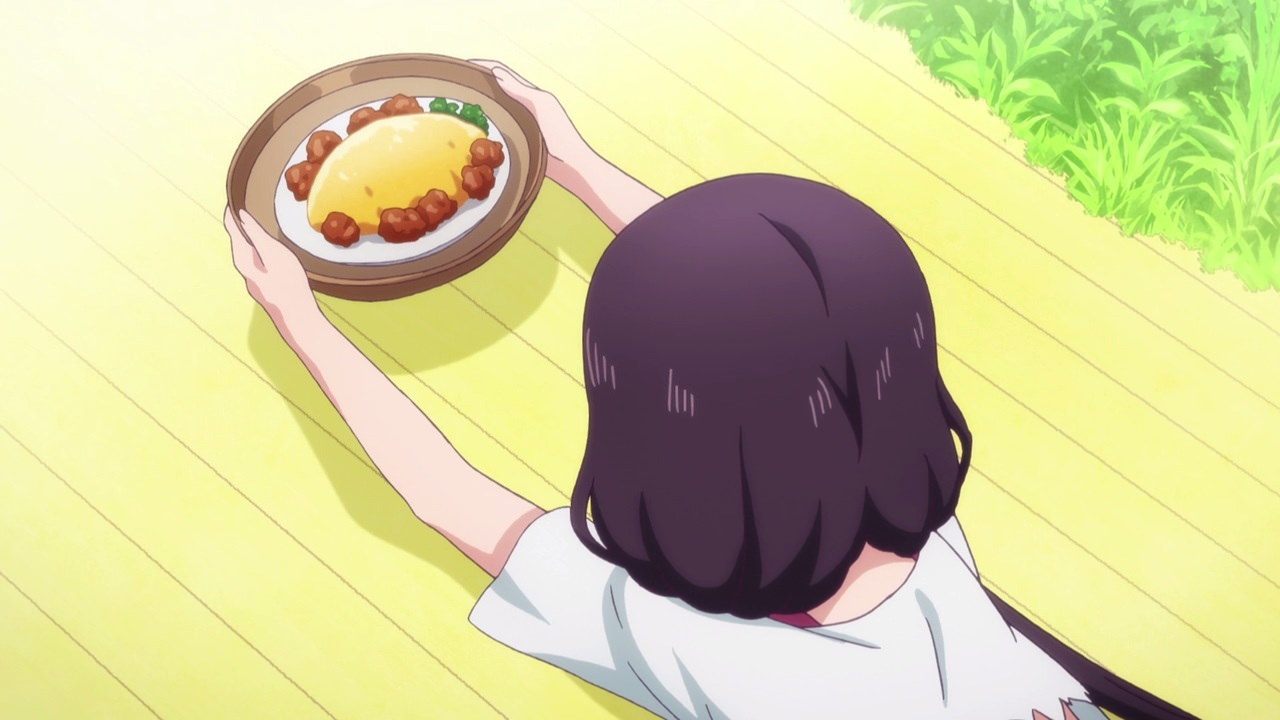 And finally, let’s not forget about Maika Sakuranomiya as she fell down on the floor. Good thing that omelet rice is safe! 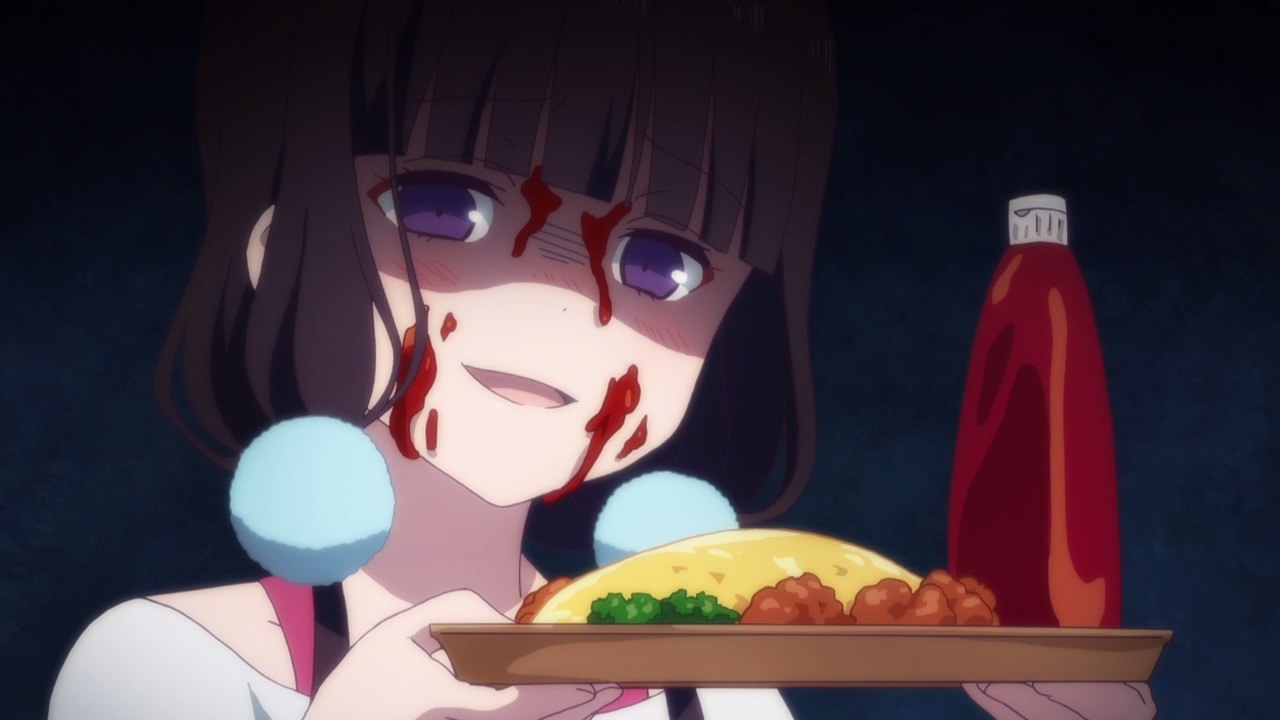 However, seems that Maika’s face got some ketchup splattered on it, which scares the shit out of everyone.

But given that Sakuranomiya is playing as a sadistic character, this will be a pass! Please don’t change your personality, Maika-chan.

One more thing, remember what I told you earlier that Café Stile has turned into a jungle at Dino’s whim? Well, seems that Kouyou Akizuki had enough of it as he’s frustrated on finding the kitchen.

Therefore, Akizuki tries to grab something with all his might, hoping that he’ll find a way on his beloved kitchen.

However, what he grabbed was Kaho’s tits in which he’s got startled by it. Seriously Kouyou Akizuki, do you really love big breasts or you don’t like it at all?

Anyways, that’s about it for this week’s episode of Blend S as Café Stile goes back to normal after spending the day getting lost in the wilderness. 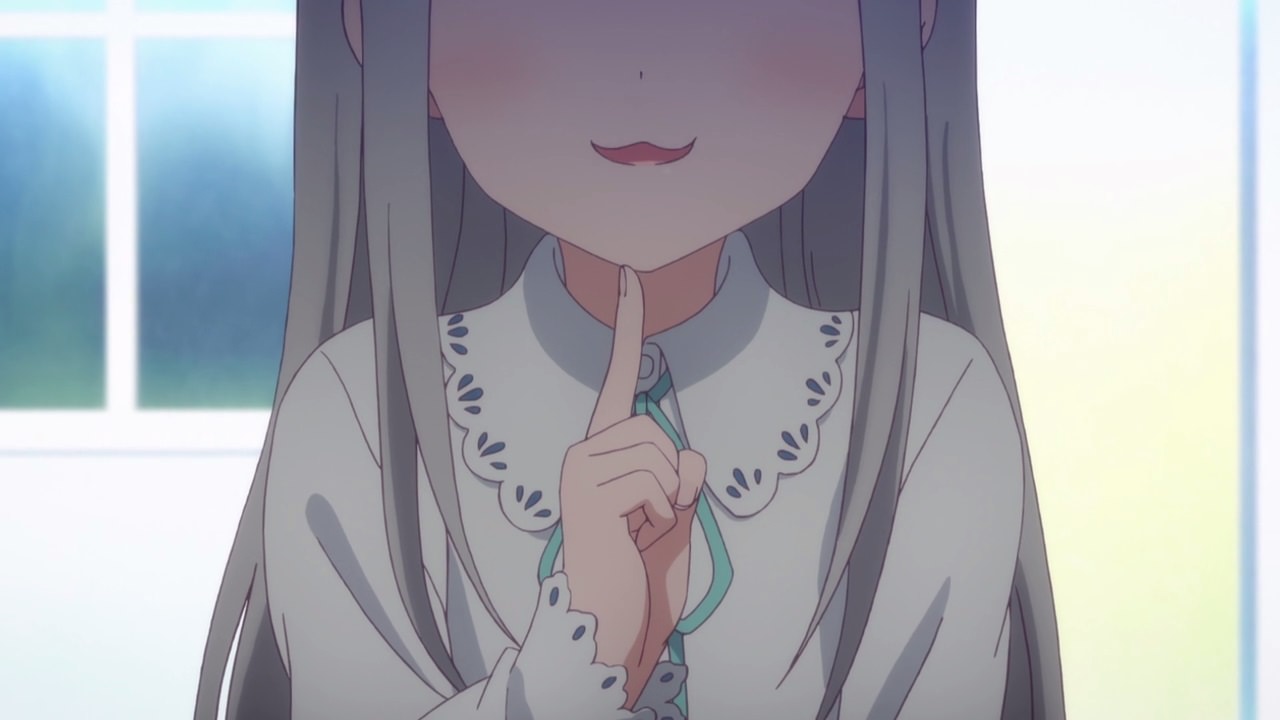 On the other hand though, seems that there’s a new character appearing next week. Can’t wait to see that!