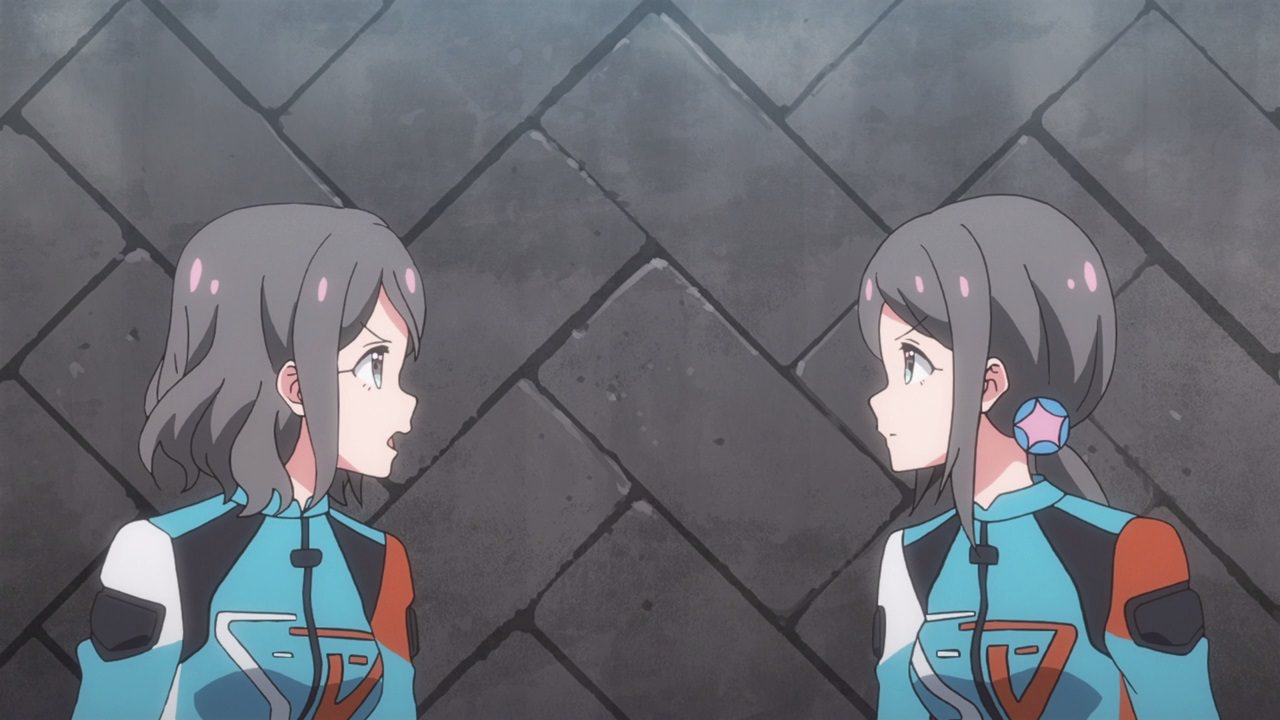 And now, it’s time for a drama that’s currently brewing after that accident. While the Shishido twins are okay (which they’re not), both Maria and Yuria are blaming each other for causing that crash.

Still, I feel that the twins differentiating themselves is not working as it should. Oh, and their sidecar Single Duet is wrecked. 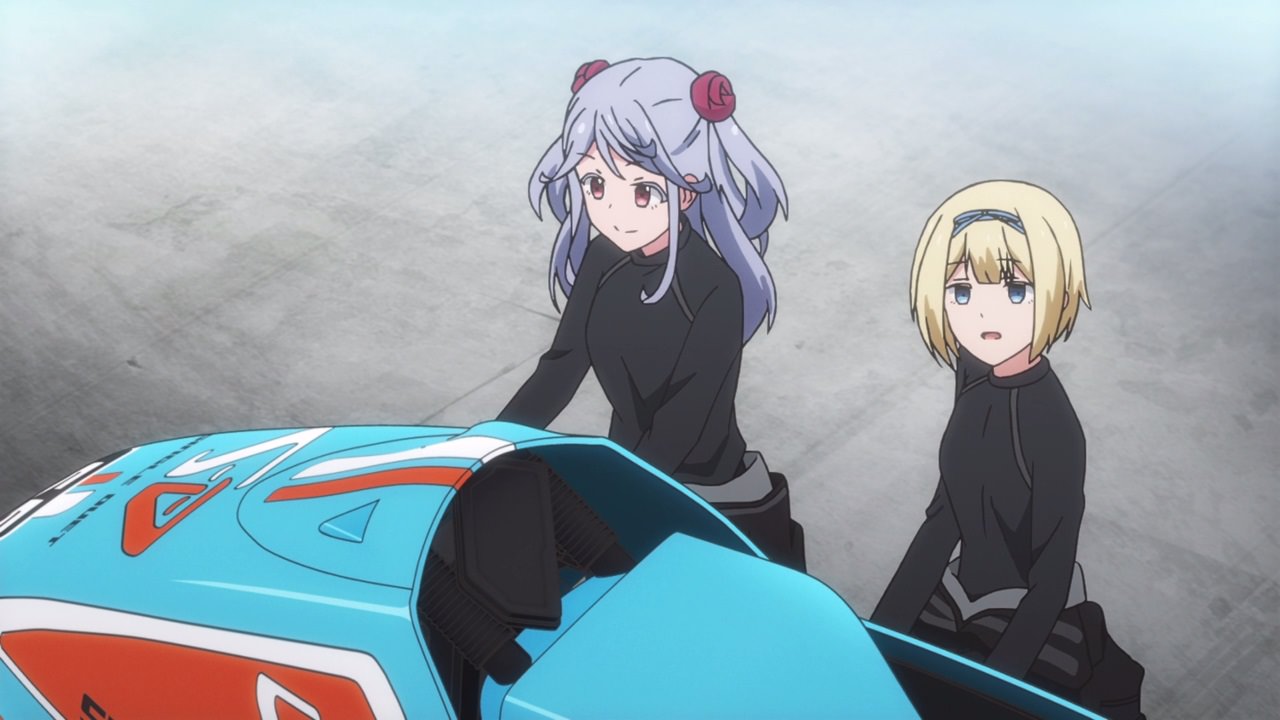 Fortunately, the teams offered their assistance on repairing their sidecar, which is great news for Motegi Girls’ High School. 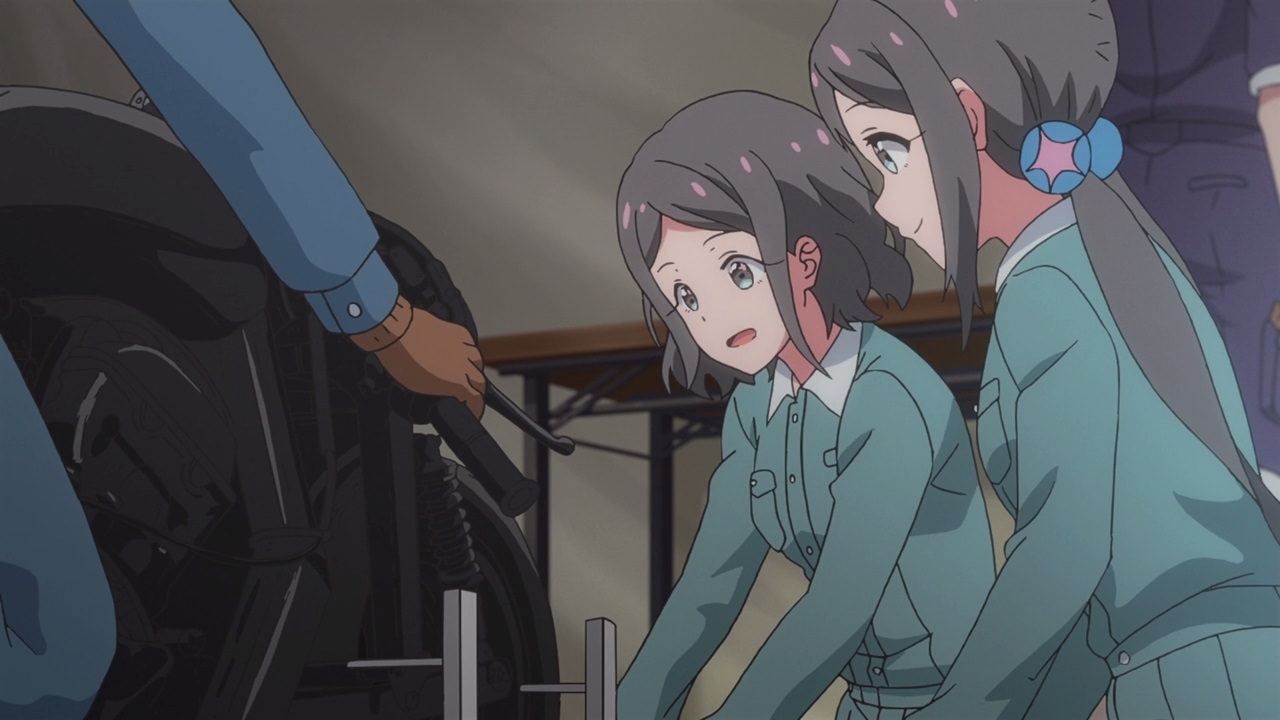 Anyways, the teams are helping both Maria and Yuria Shishido on fixing their sidecar until it’s back to racing spec.

It’s nice that despite being rivals, they have a camaraderie where teams help each other when the going gets tough. 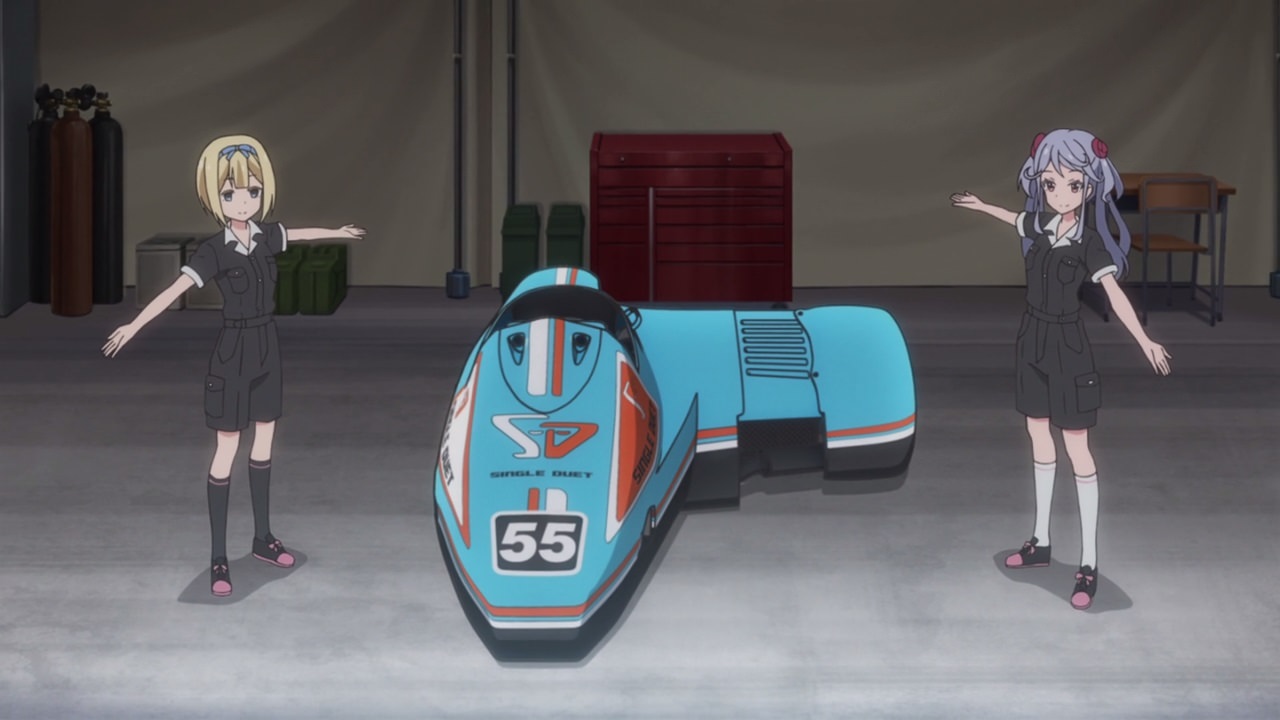 Eventually, they managed to fix the Single Duet just like it was rolled out from the production line… And then, the Shishido twins wrecked it again.

You know what, I think it’s time for them to stop becoming a different person from each other. Of course, it’s not easy to go back to being a single-minded twins. 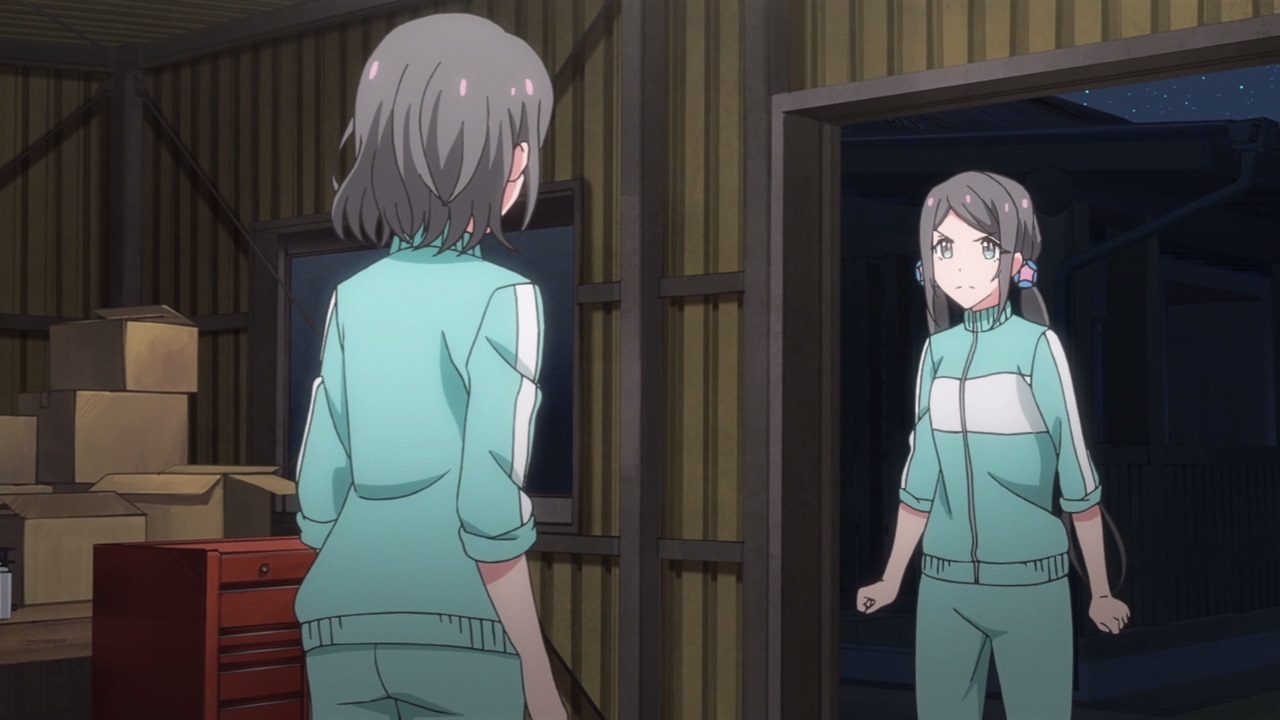 In fact, the Shishido twins got into that sort of problem when they dated a guy in the past. Since that guy doesn’t know who’s Maria and/or Yuria (and not to mention being a pussy for dating both girls), he rejected them.

Now then, seems that their argument between Maria and Yuria has gone into fever pitch as the latter had enough of the former. 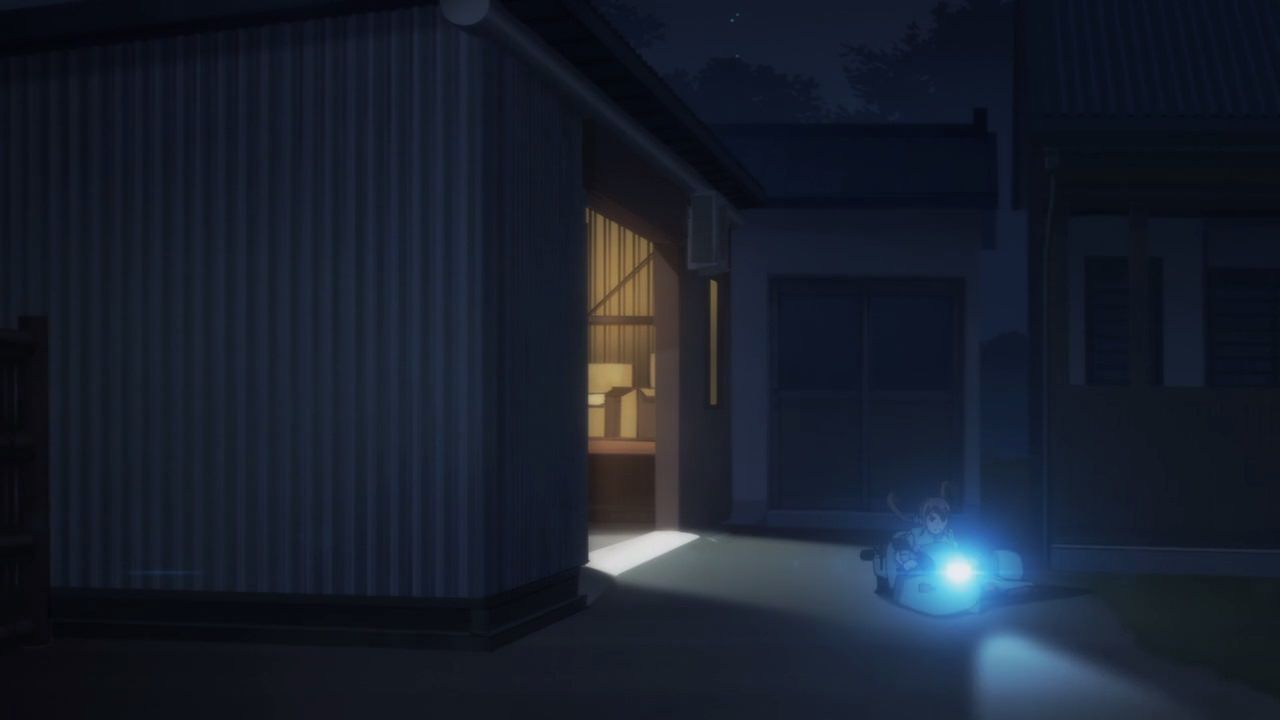 Therefore, Yuria Shishido took a sidecar and ran away, not knowing that she’s a passenger and doesn’t know how to ride a motorcycle.

Oh, and let’s not forget that Yuria is not wearing a helmet for goodness sake! 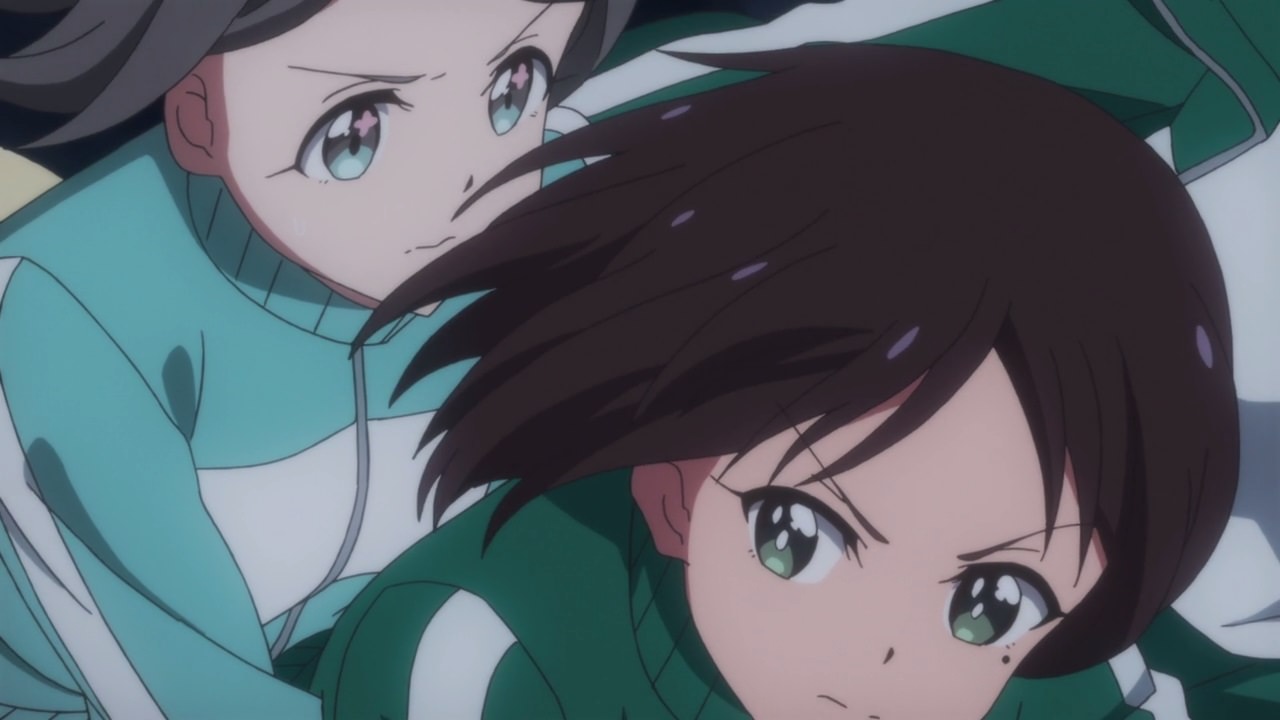 And so, Maria asked Yuri Miyata and Megumi Meguro for help on chasing her twin sister.

Come to think of it, I feel that both Yuri and Megumi are helping their fellow drivers/passengers, but not each other because they’re rivals. 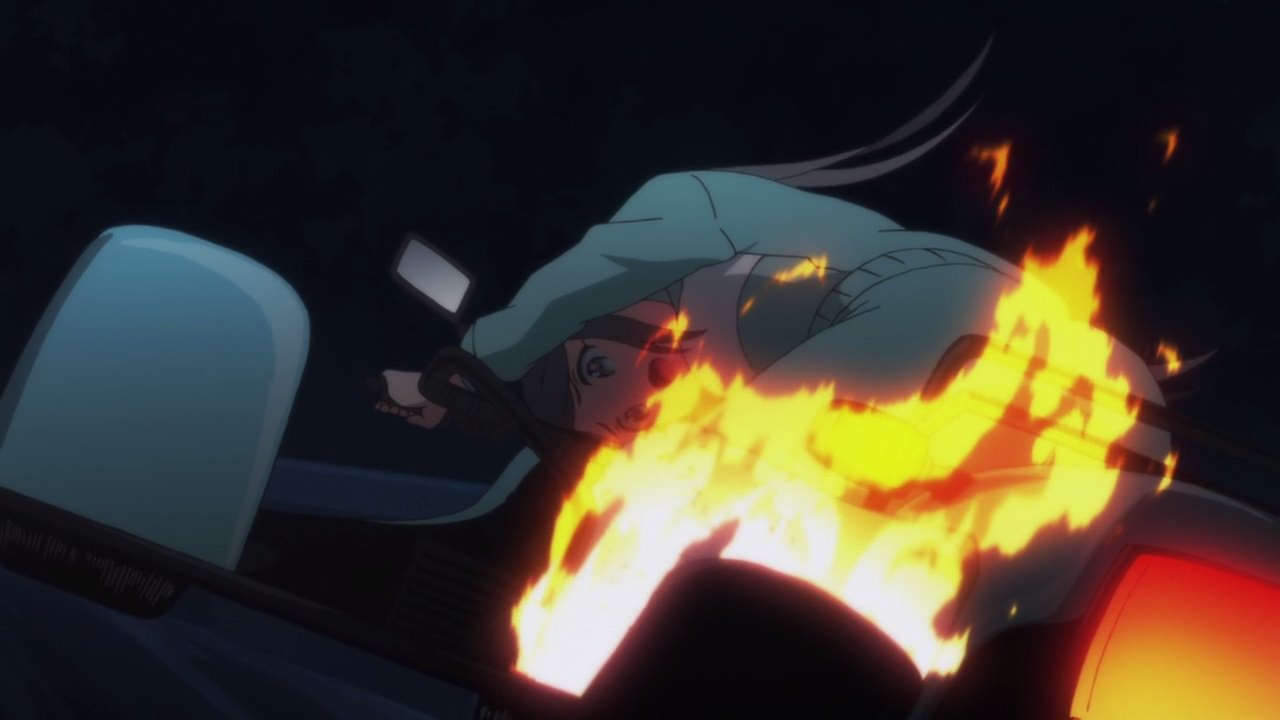 Now then, let’s focus on Yuria Shishido as her bike has caught fire. Seems that she put too much brake when taking turns in Miyakejima. 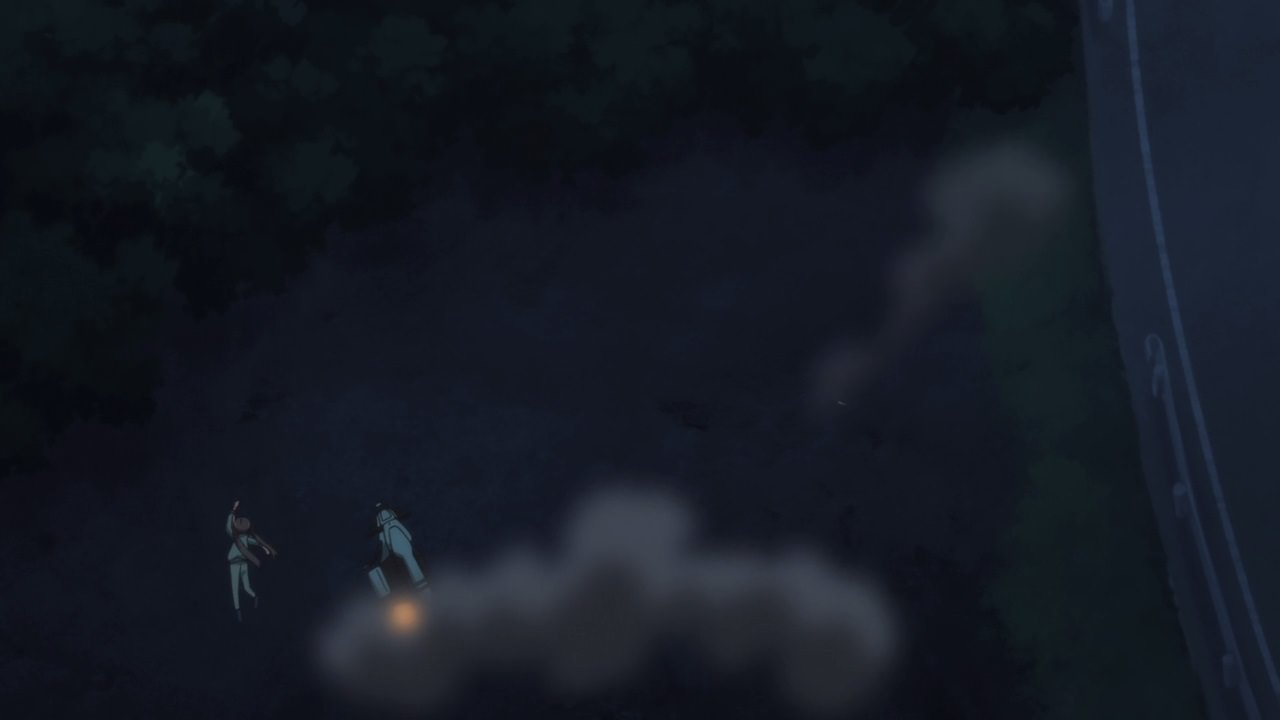 Oh, and she crashed too and tumbled down to the grass. Seriously, Yuria would die without her helmet and other safety equipment. 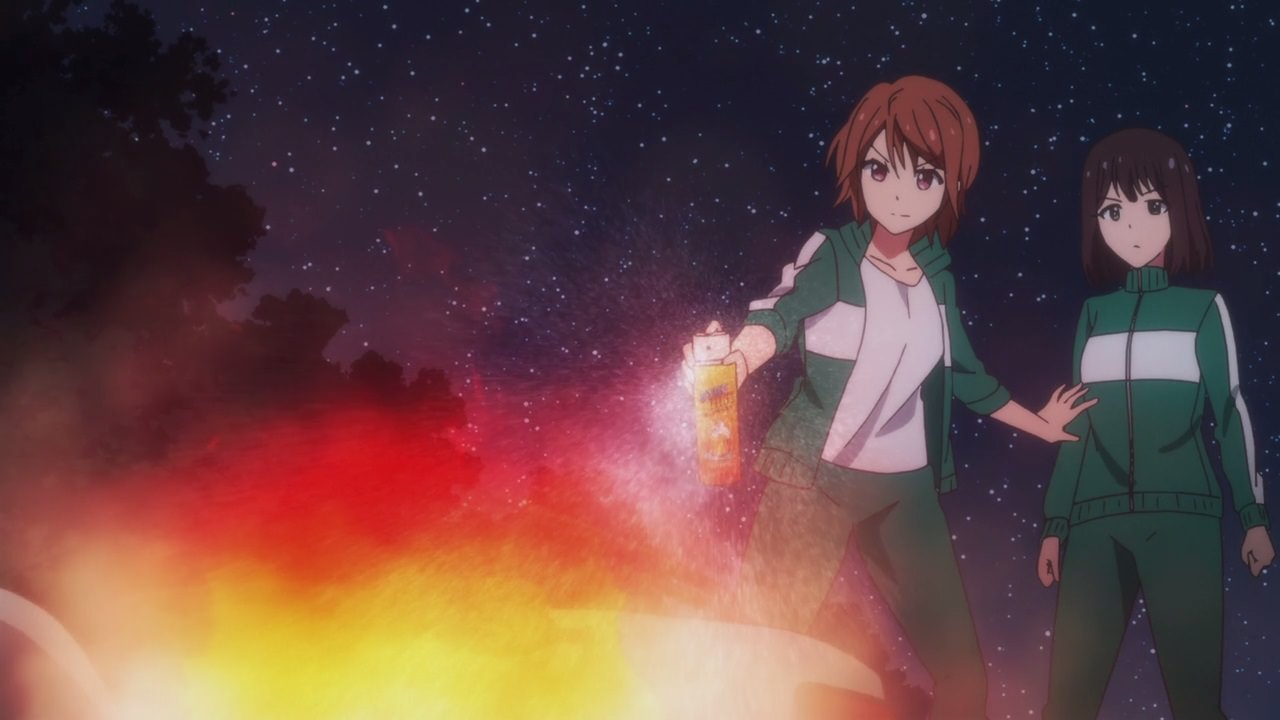 Fortunately, both Yuri and Megumi went to the scene and extinguish the fire before the sidecar made an explosion. 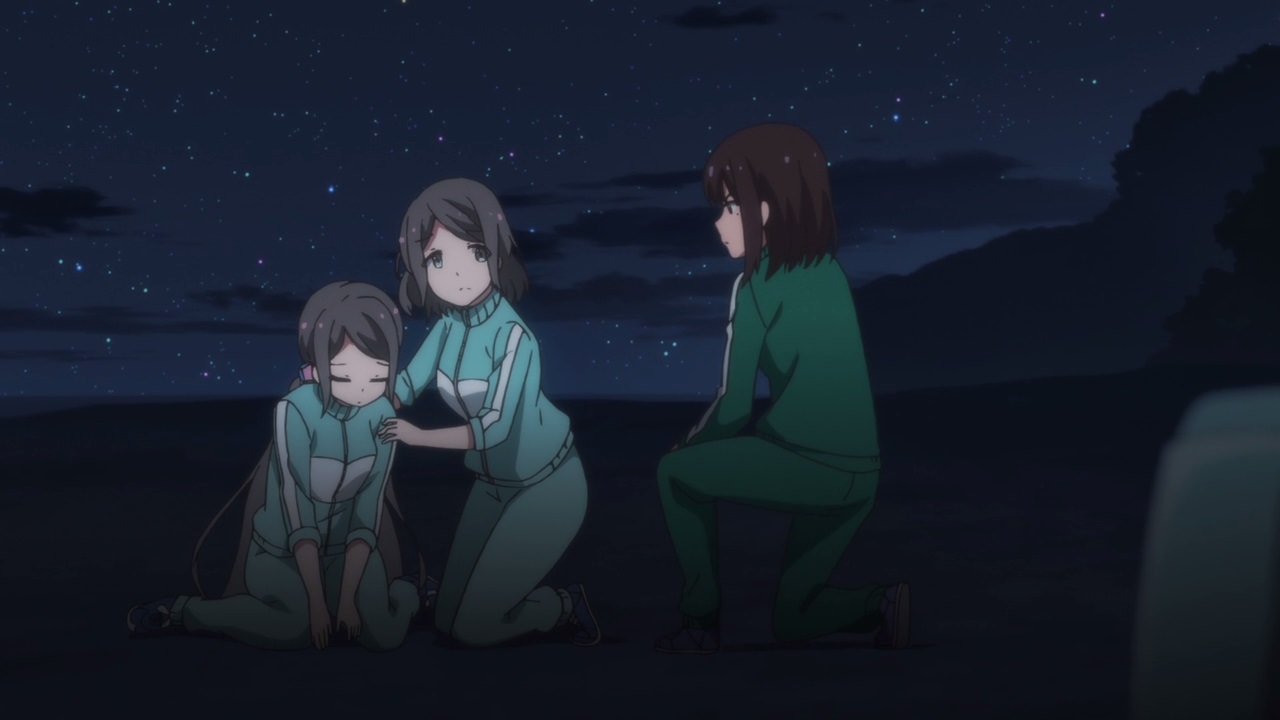 And now, let’s focus on Yuria Shishido as she’s totally fine (which is not). Of course, Maria is worried that she might lose her twin if Yuria got some serious injuries which they’re forced to withdraw the race.

But you know who’s worried about Yuria Shishido? By the way, it’s not her fellow passenger Megumi Meguro. 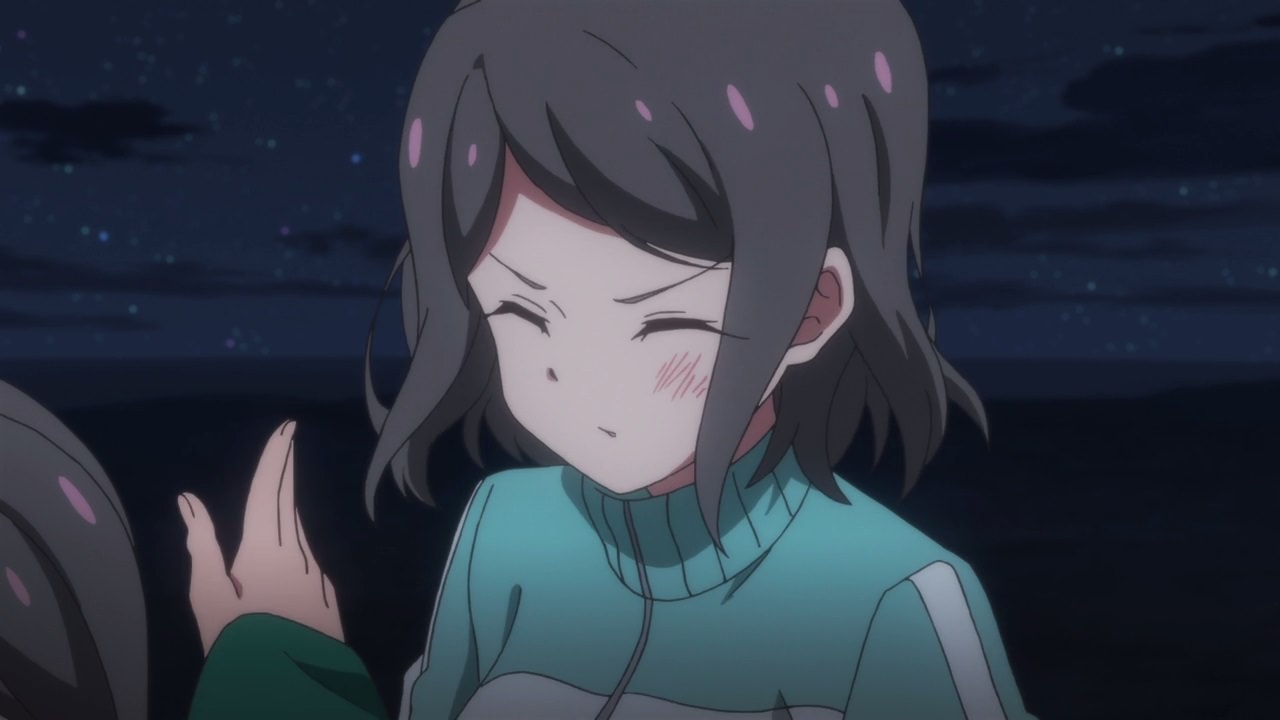 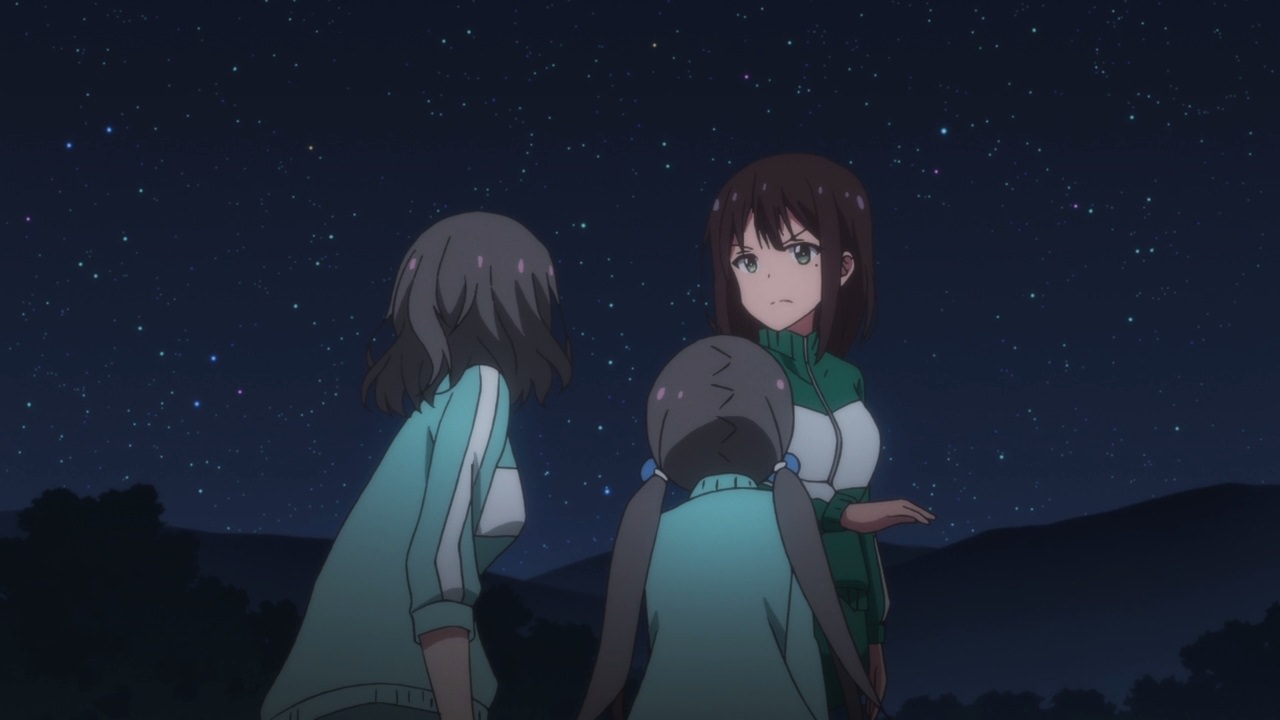 But rather Yuri Miyata as she gave Yuria a slap and told her that driving a sidecar is dangerous. Sure that riding it without a helmet is dangerous, but she needs a passenger or her sidecar might flipped over. 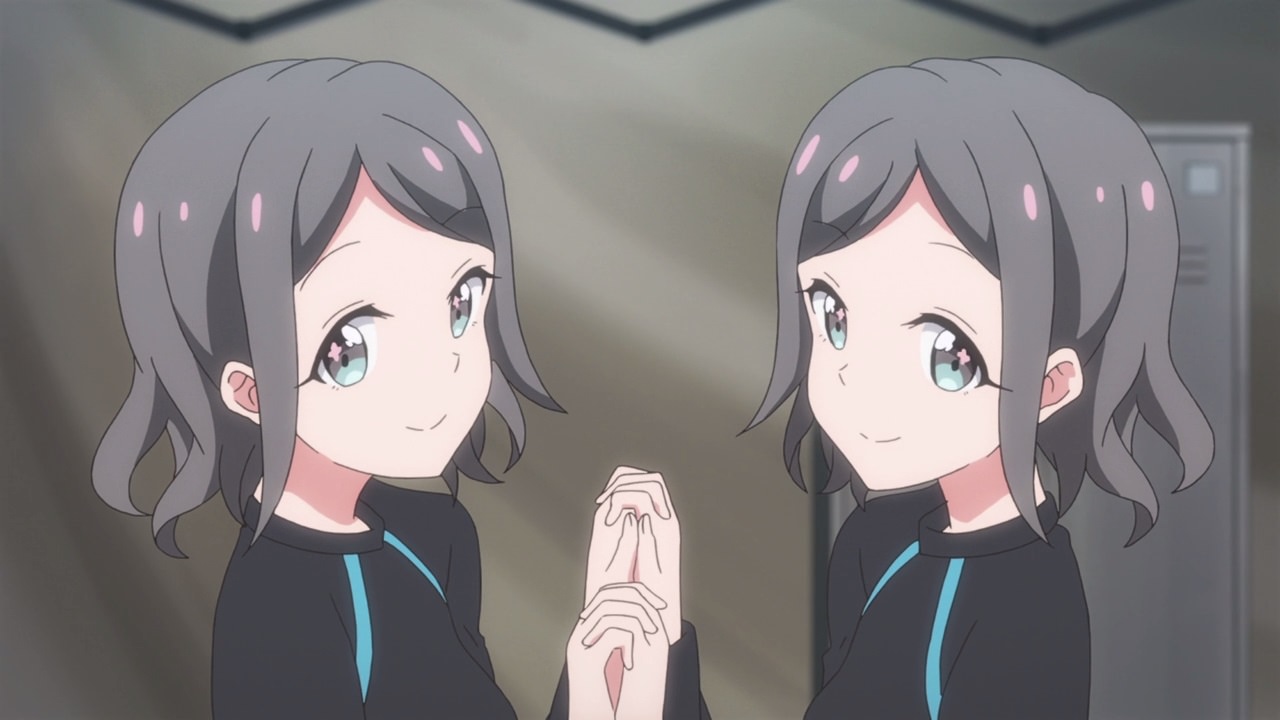 And as you can see, they’re back from having the same hairstyle and personality. But you know what, they should have started this character divergence in the first place.

Anyways, I’ll see you next time and I wanna see other teams that are far more interesting that the Motegi and Tsukuba Girls’ High School.