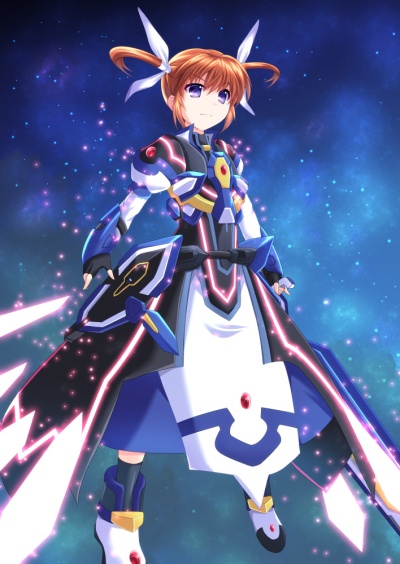 This post is brought you by Nanoha Takamachi from the latest movie Magical Girl Lyrical Nanoha Reflection, which I’ve watched it back in November 8. All I can say is that it was a decent movie to watch as it introduces some new characters that’s different from the TV canon. Then again, both the movies and the TV shows are separate.

Still, there would be more to come for Nanoha Takamachi and her friends as there would be Part 2 of Nanoha Reflection, now titled as Magical Girl Lyrical Nanoha Detonation. I can’t wait to watch that for next year!

And now, let’s start off with Himouto! Umaru-chan as Umaru Doma is doing fine with her friends as usual. However, it won’t be matter of time before she revealed her various alter-egos to her friends. Then again, one such character named Kirie Motoba is starting to take notice that Komaru and Umaru are the same person. Oh and it’s not just Kirie who’s starting to know about Umaru’s secret as Sylphynford’s brother Alex Tachibana is also taking notes about Umaru’s various alter-egos.

On the other hand, there’s some developments in other characters like Nana Ebina who’s now falling in love with Taihei Doma. Oh, and she has a brother who’s working at a restaurant in Hanamatsu. Y’know, I’m surprised that Umaru’s friends have their respective big brothers. And speaking of Umaru-chan, her relationship with Taihei-oniichan is doing fine but she can’t stay with her brother forever. But anyways, let’s wait and see at the end of this second season.

Moving onto Net-juu no Susume as we have some developments like Moriko Morioka having an emergency date with Yuuta Sakurai. Sure that it’s a coincidence, but it all planned by Sakurai’s office buddy Homare Koiwai.

But you know what, I feel that it’s fate for Morioka and Sakurai to get closer to each other as it was revealed that they become online buddies in a previous game before the service was closed, albeit they didn’t know each other in real-life but I feel that Yuuta Sakurai knows that Moriko Morioka and her avatar Hayashi are the same character.

Still, it won’t be a matter of time before Morimori-chan is aware that Lily is Yuuta Sakurai. But anyways, there’s a few episodes to go before Net-juu no Susume ends at Episode 10.

Next up is Konohana Kitan where I feel that this series is getting interesting, especially the staff at Konohatei where you have interesting characters like Ren, Natsume, and Sakura-chan. Of course, it’s mostly Ren and Natsume where they have some moments, especially when the former is in love with the latter. I have to say that this series has some yuri vibes in it, given that the source material is from a yuri-centric magazine. Oh and as for Sakura, she got a companion in a form of living doll named Okiku.

Speaking of Satsuki, she still wants to pursue her dreams of becoming a shrine priestess just like her sister. Of course, her personality is starting to defrost thanks to Yuzu and I hope she becomes a friendly character instead of being stoic. Anyways, let’s wait and see for the second half! 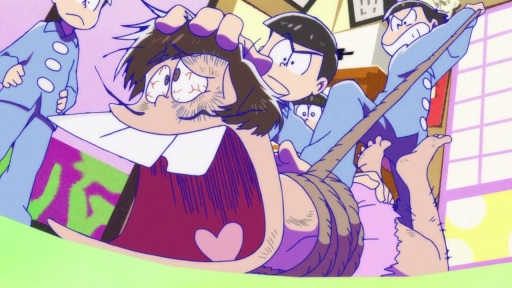 And lastly, let’s talk about Osomatsu-san where it’s still amazing and hilariously absurd as ever. So in addition to the antics of the Matsuno sextuplets, the first quarter of this second season has some interesting stories like their parents who are having a stagnant relationship, Hatabou trying to make friends, and Iyami who almost one-upped the sextuplets if he haven’t shot himself in the foot.

Of course, there’s more to come in the second quarter as Studio Pierrot will deliver more content that’ll make you laugh (or cry) before the end of the series. Then again, I’m hoping that some episodes won’t get axed because Studio Pierrot throw some anime parodies that the original rights holders might sue them.

Anyways, let’s end this post with NTR: Netsuzou Trap which I’ve finished watching recently. All I can say is that it was a shitty anime show to watch and while I hate the netorare genre, picking Netsuzou Trap was a mistake as everybody is cheating while the normal guy named Takeda is always getting cucked whenever there’s an opportunity. Basically, nothing was resolved in the end…

Well then, looks like I’m done finishing the halfway point as I’ll see you in December for the conclusion of Fall 2017!