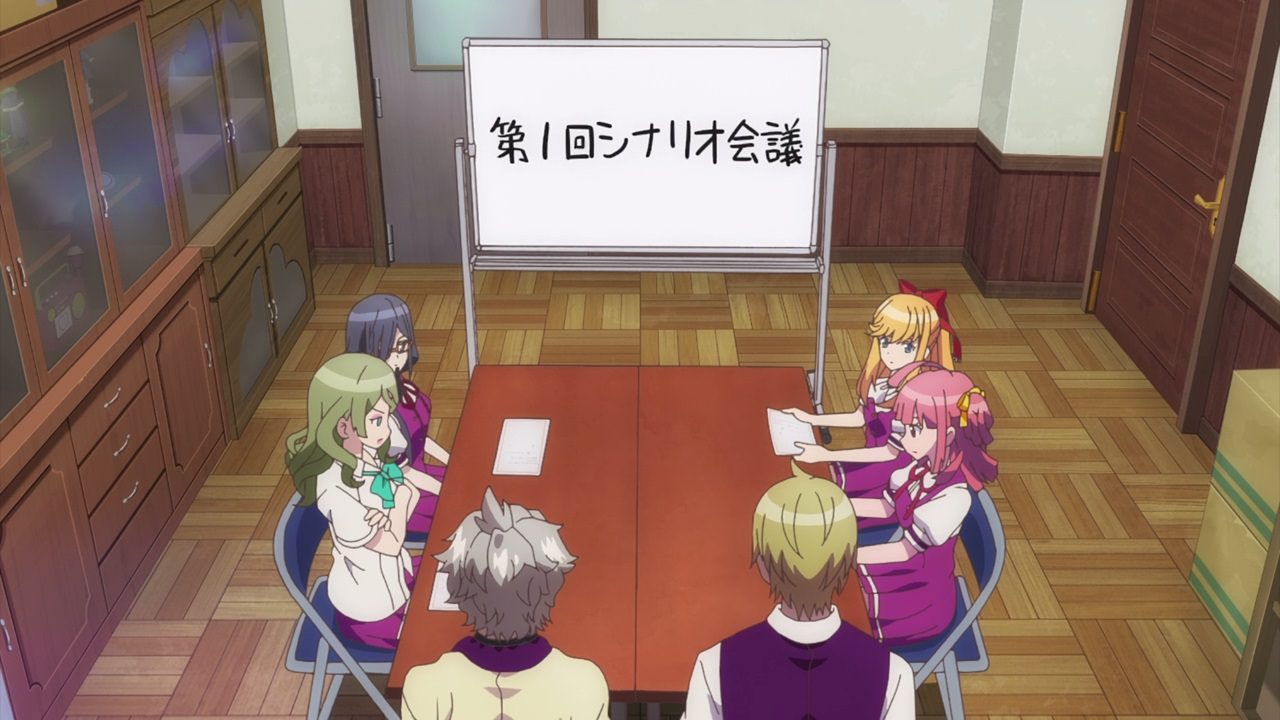 Hey everyone, this is gonna be an interesting episode as the anime research club are making their own anime. Well, a short one ’cause they can’t make a 30-minute anime episode. Oh, and Arisu-chan can’t rely on her butler Sebas ’cause that’ll be cheating. Also, the student council might hunt them should Kamiigusa spend lots of money to make one short anime.

In any case, time for the club members to come up with ideas and turn into reality. Then again, it’s easier said than done as most of the members have different tastes. 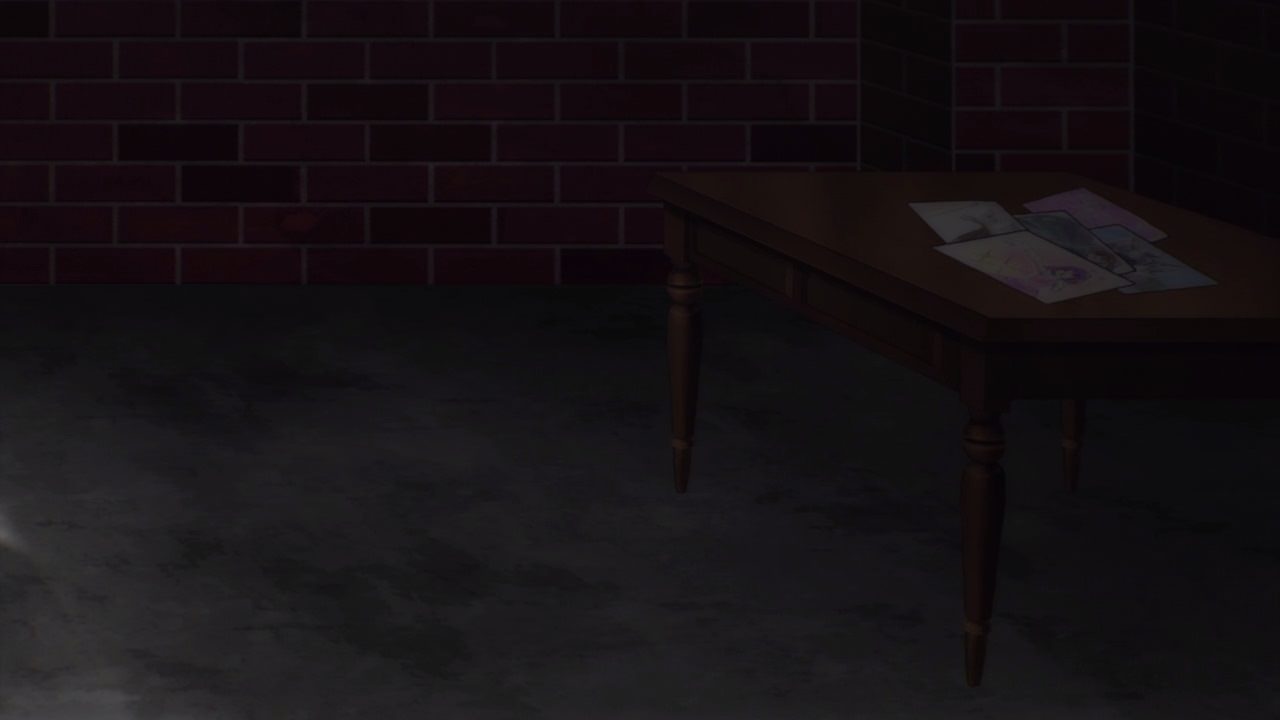 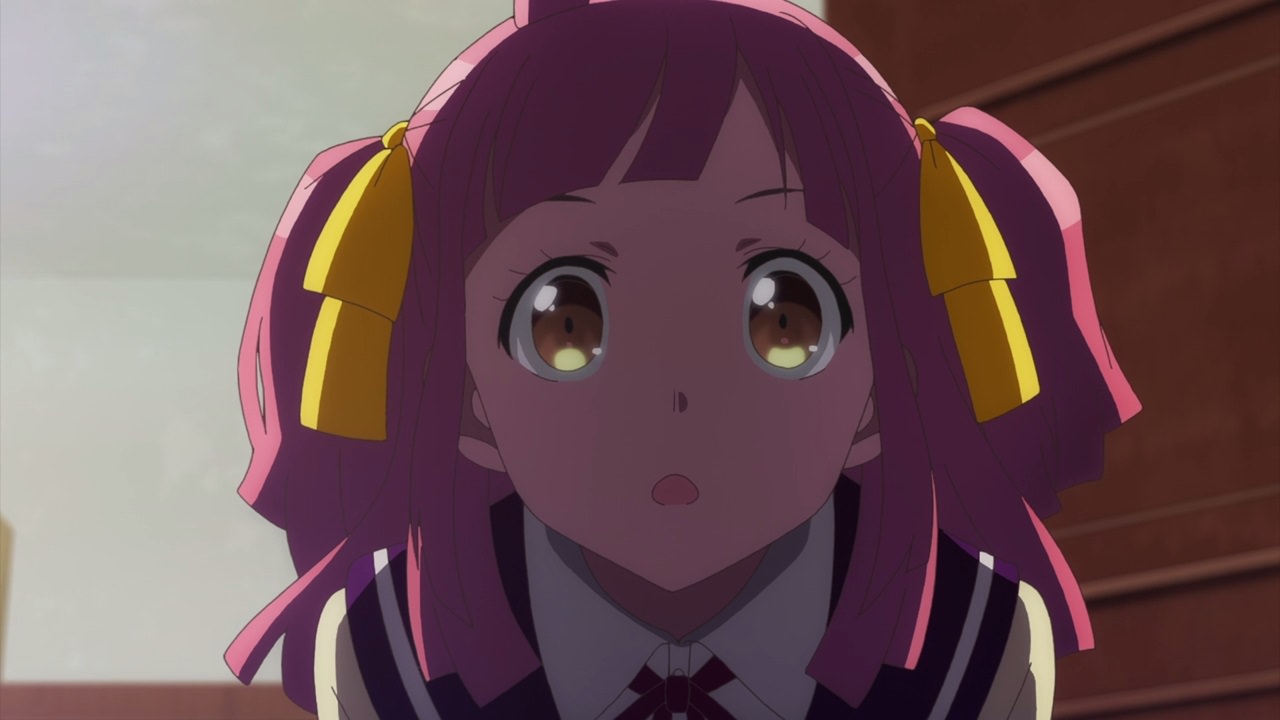 That’s until Minoa Asagaya found some illustrations inside the forbidden room.

Come to think of it, I wonder why Neko-sensei doesn’t like anyone going there other than Minoa? Was it cursed, or something else? 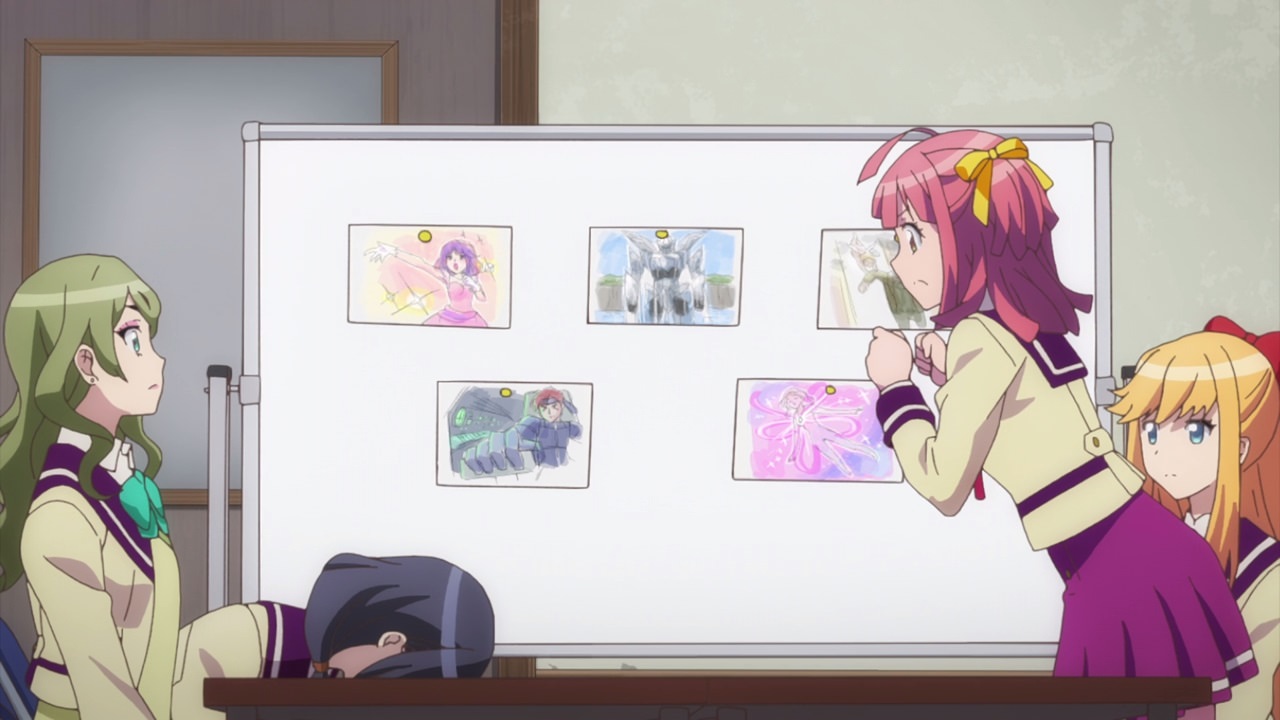 In any case, Minoa brought those illustrations in and she recognized it as one of the scenes from the anime show when Asagaya watched it back in the day. Now that I think about it, the previous members for the anime research club are actually talented where they made legendary shows, yet I wonder why the current student council wanted to shut it down.

Now that they found a framework as the illustrations has everything from idols to mecha, it’s time for the anime research club to create an anime… A short anime, thanks for watching! Just kidding! 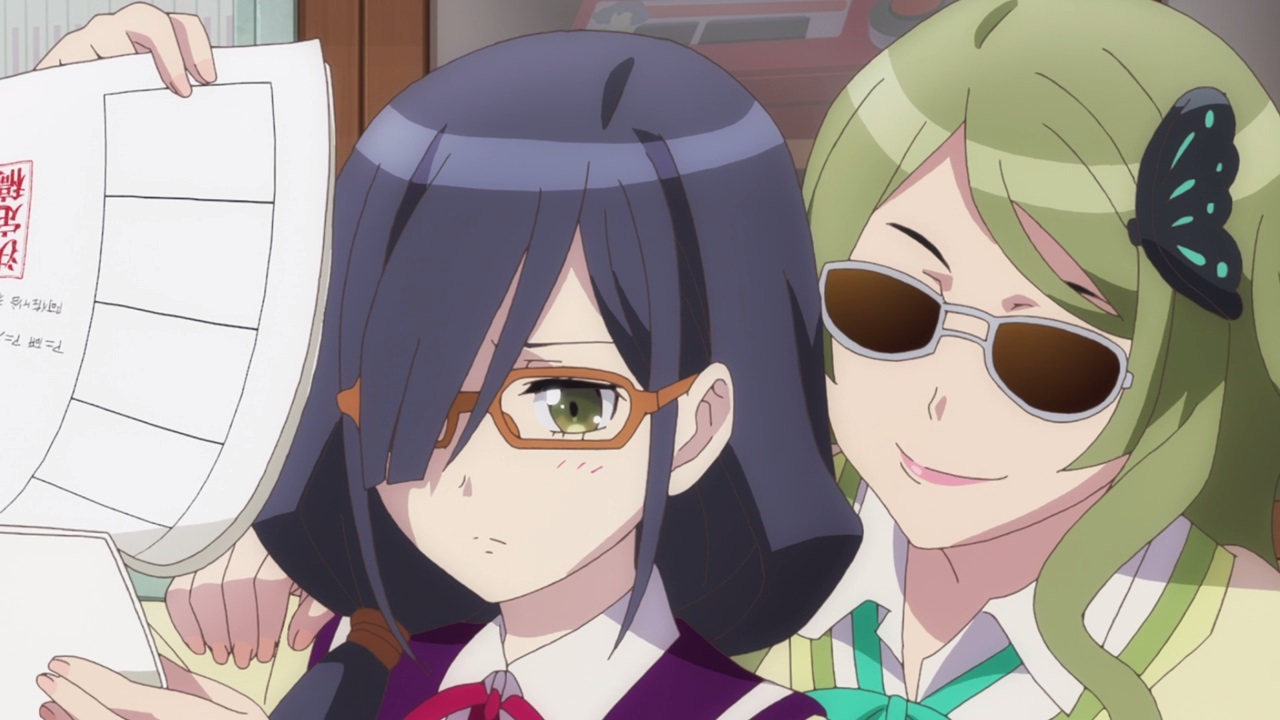 Of course, it’s not all fun and games as making one short anime is serious stuff that some members are losing their energy (and their minds). One such member is Miko Kouenji who almost broke down because of Erika Aoyama’s constant changes and additions. BTW, Erika-sempai is acting as the producer.

Fortunately, Miko Kouenji didn’t quit as she finished the script. Of course, it needs some scenes so Minoa Asagaya dabbled herself as the director, which she managed to finished all of the scenes thanks to those illustrations. Now they only thing they need is to blend the scenes and the script together. 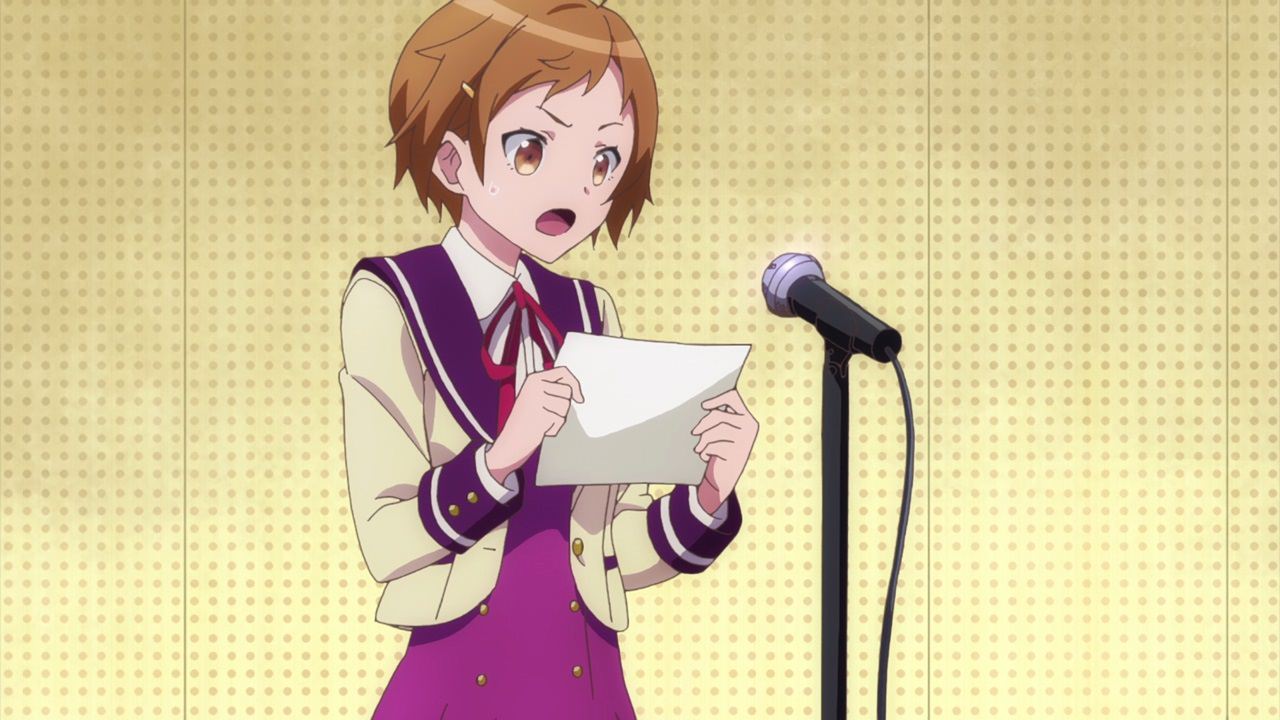 Once they’re done with the production of scenes, dialogue, and lots of frames, it’s time for the fun part where the anime research club (plus a few guests) are doing an after-record session or what everyone called as dubbing.

By the way, here’s Yui Obata again voicing a character similar to Megumin from KonoSuba. Come to think of it, is this a shout-out to Rie Takahashi’s roles when she did Sore ga Seiyuu! and the aforementioned KonoSuba? Regardless, the anime research club are having fun doing the after-record session once they finished the majority of the anime production. 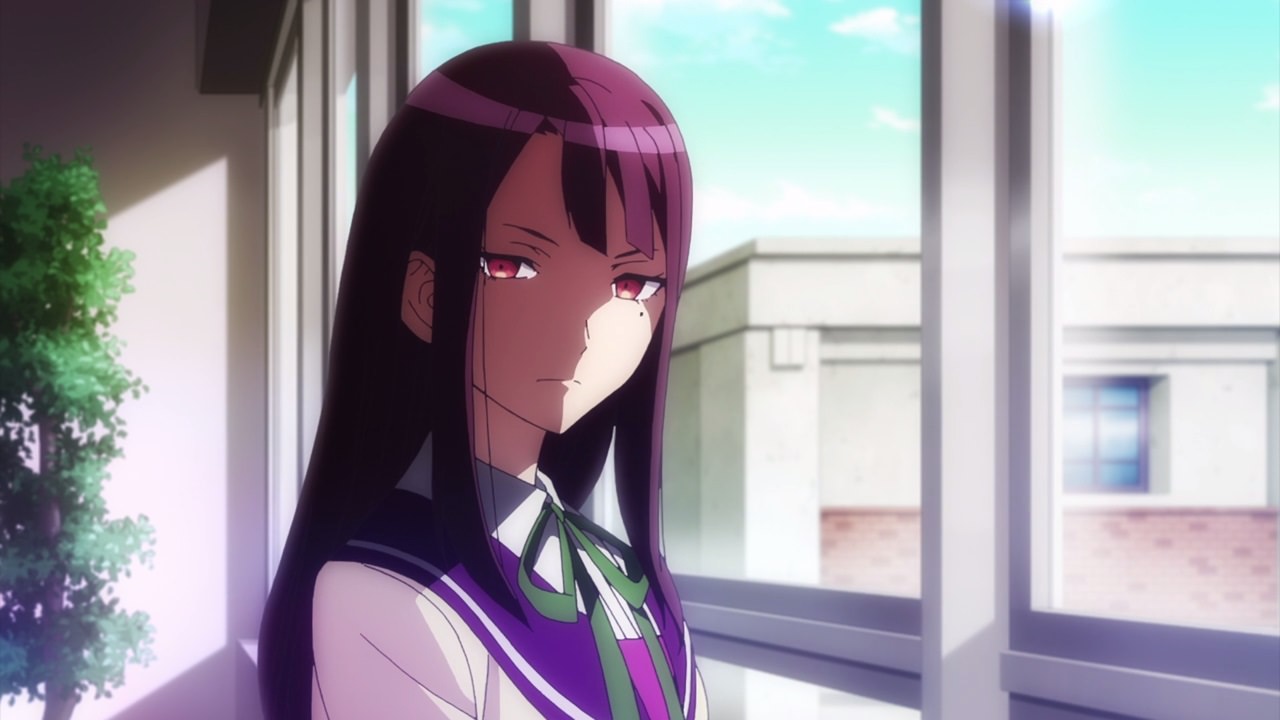 Anyways, I’ll see you next time and while their short anime is closer to finish, I bet that the anime research club is facing a crisis right now thanks to the treacherous student council.