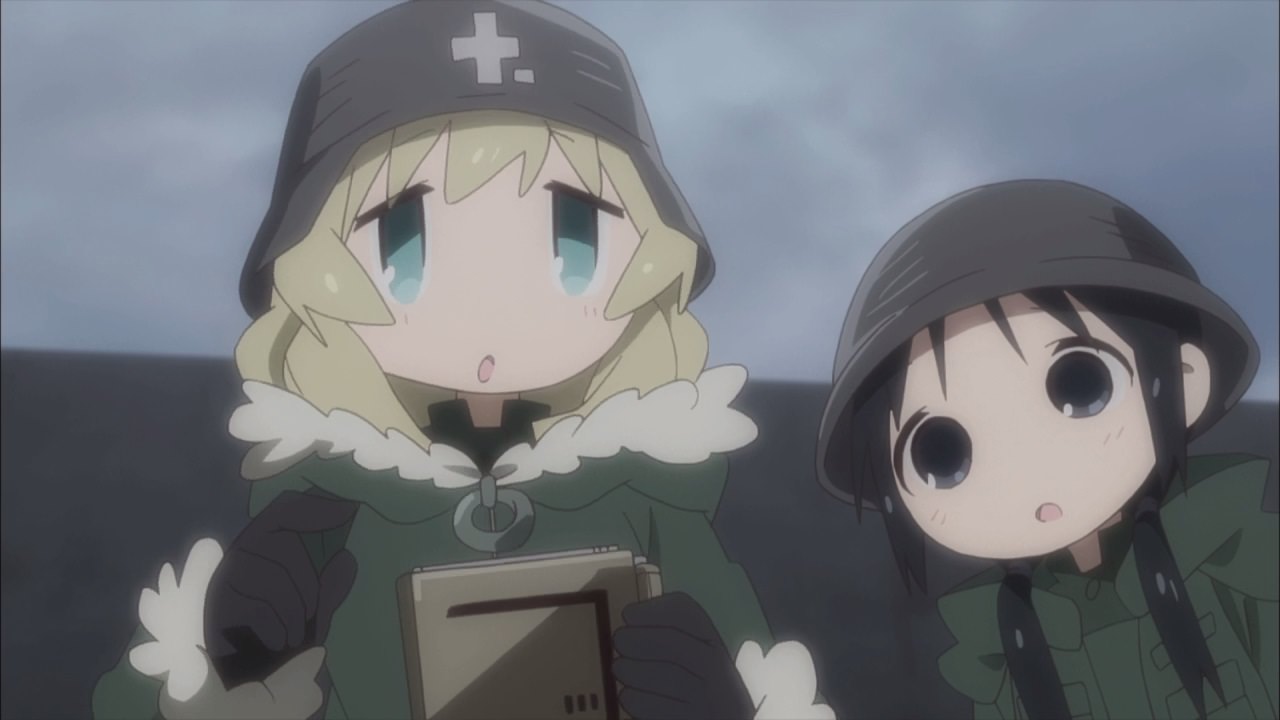 Hello guys, it’s time for another episode where Chito and Yuuri found a radio. Of course, they don’t know how to make it work nor if this thing is operational. 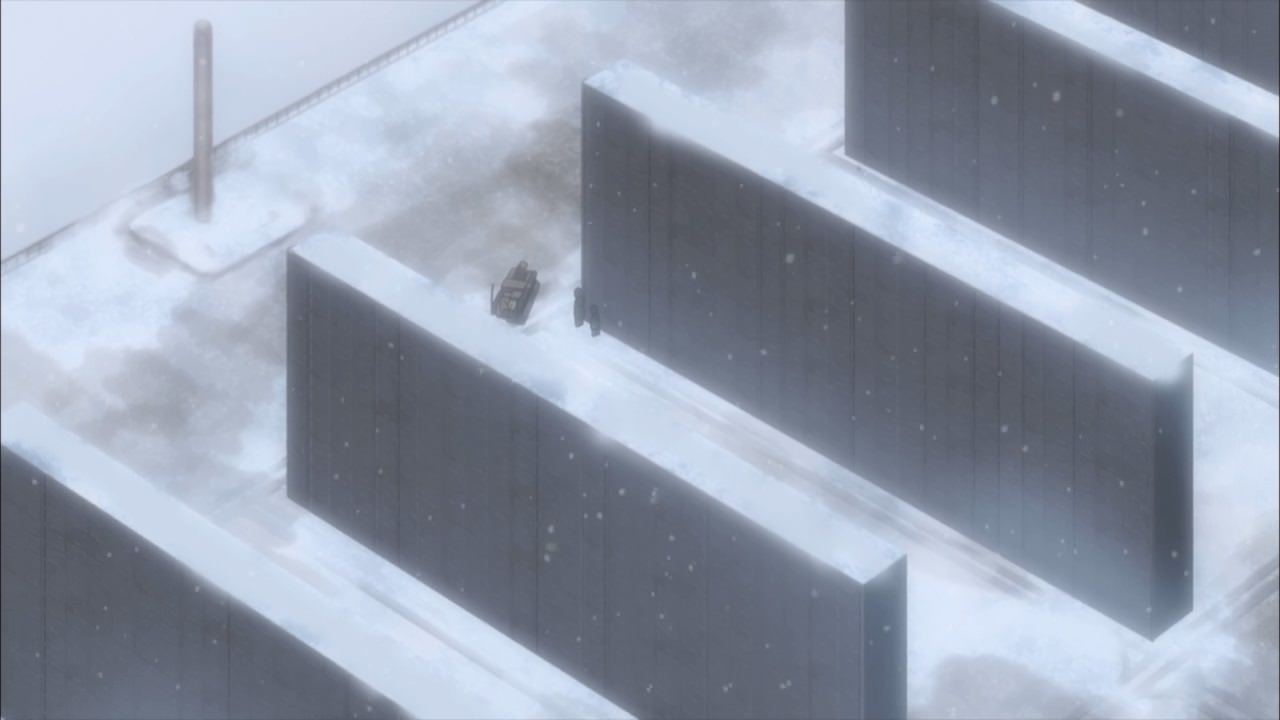 Moreover, it seems that the girls found the radio at a cemetery of all places. Wait, are they really dead? Hmm, we’ll have to find that out! 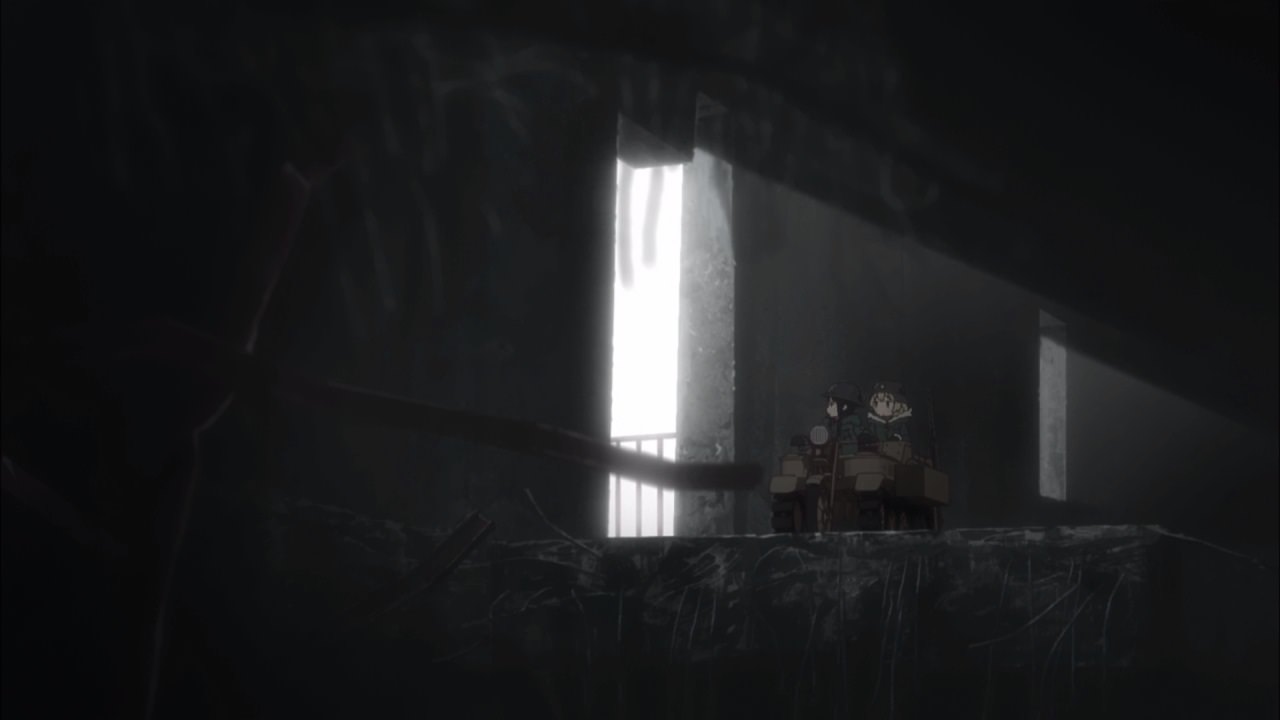 In any case, the girls went up to the spiral tower until they’re cut off. Oh, and I forgot to tell you this but the tower is about to crumble with all the scaffolding falling off.

With that said, there are no options for both Chi-chan and Yuu to cross over and go up the higher floors. 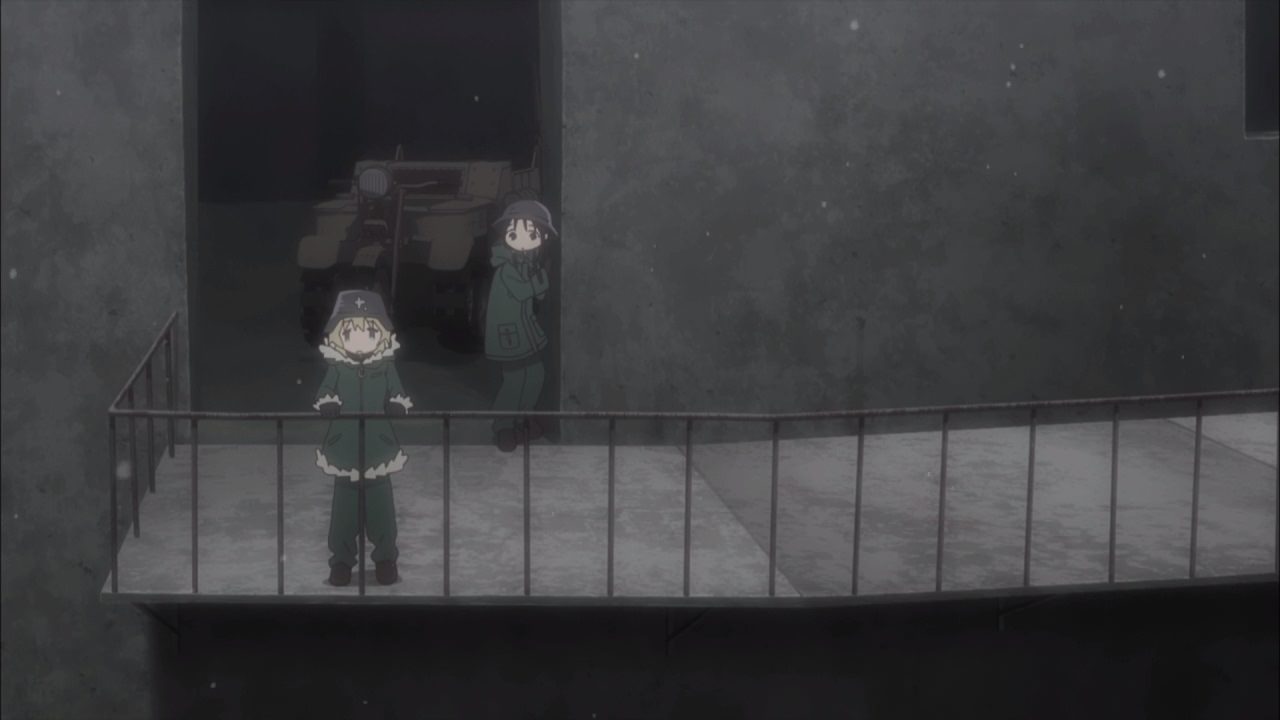 Fortunately, they found an alternate route where it was placed the outer walls of the tower. And I have to say that it’s very flimsy. 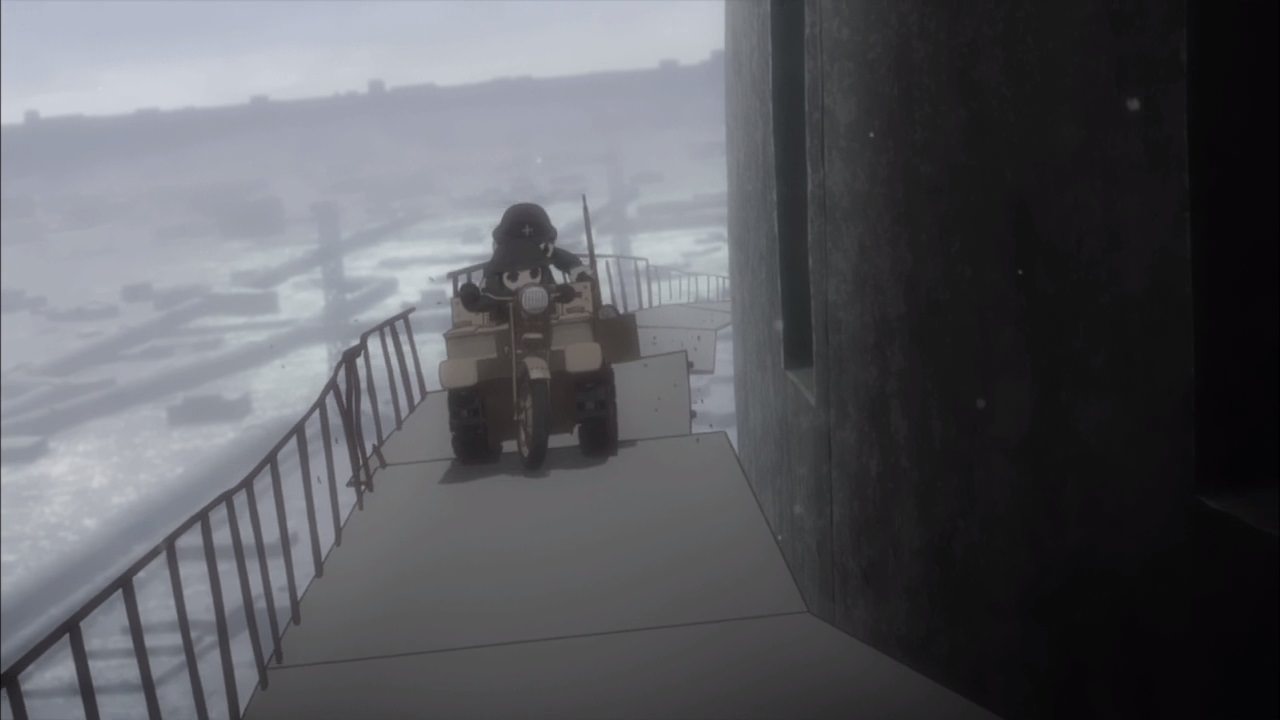 So much that the flimsy road is starting to fall down due to the Kettenkrad’s weight. And the girls would have died there if Yuu helped Chi-chan on hitting the acceleration… 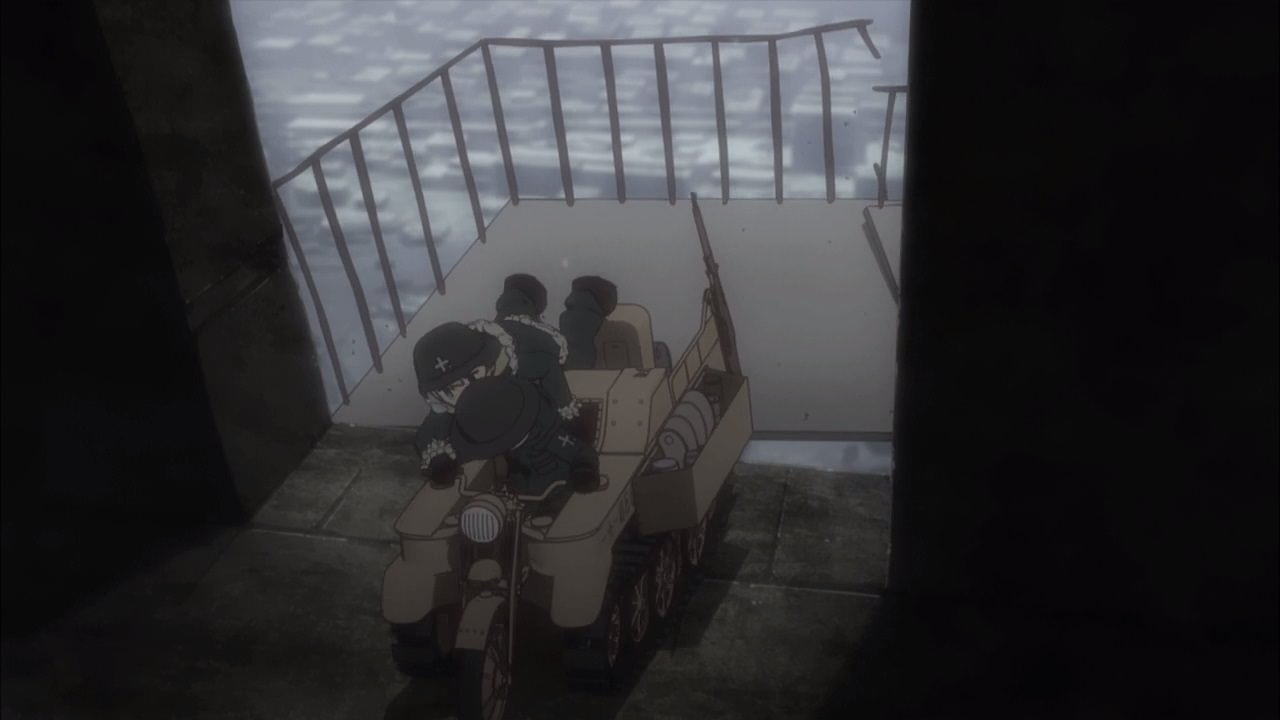 …until they go inside the tower again before the road fall off. Well, they’re pretty lucky that Chito and Yuuri cheated death for once! 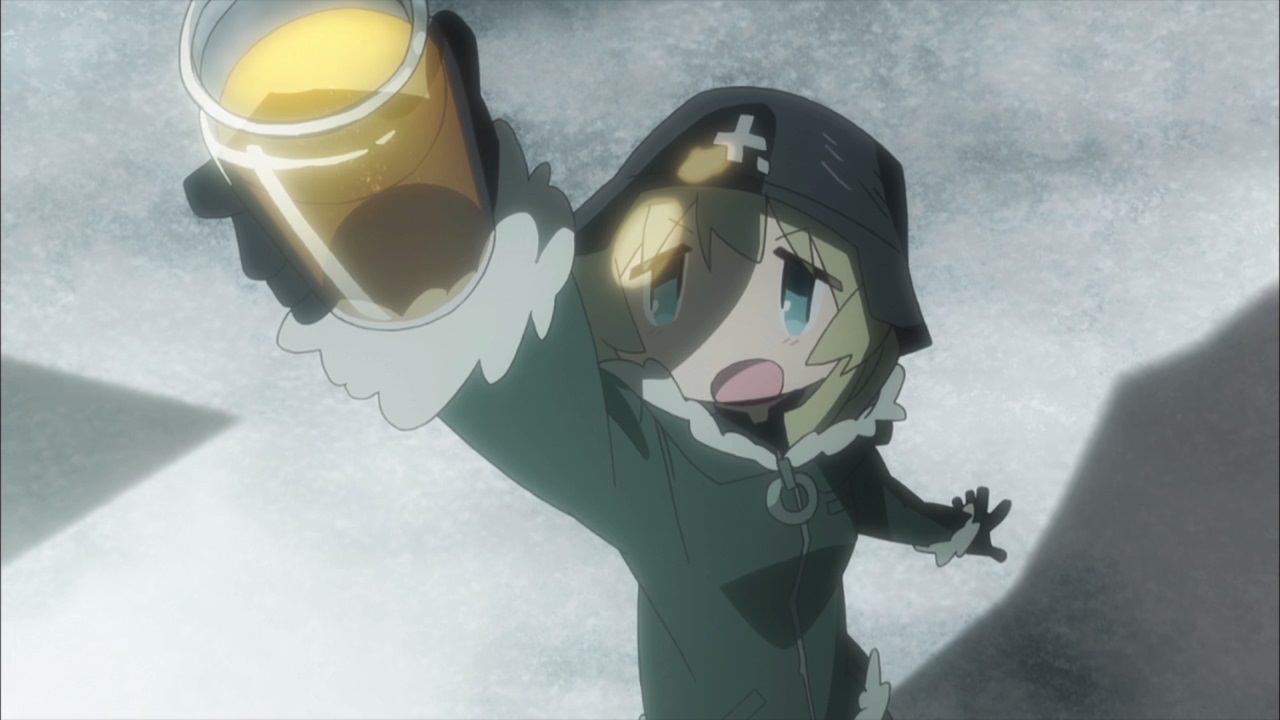 Well then, I’ll have to end this week’s episode with Yuuri sharing a glass of… beer? Wait, they’re underage! 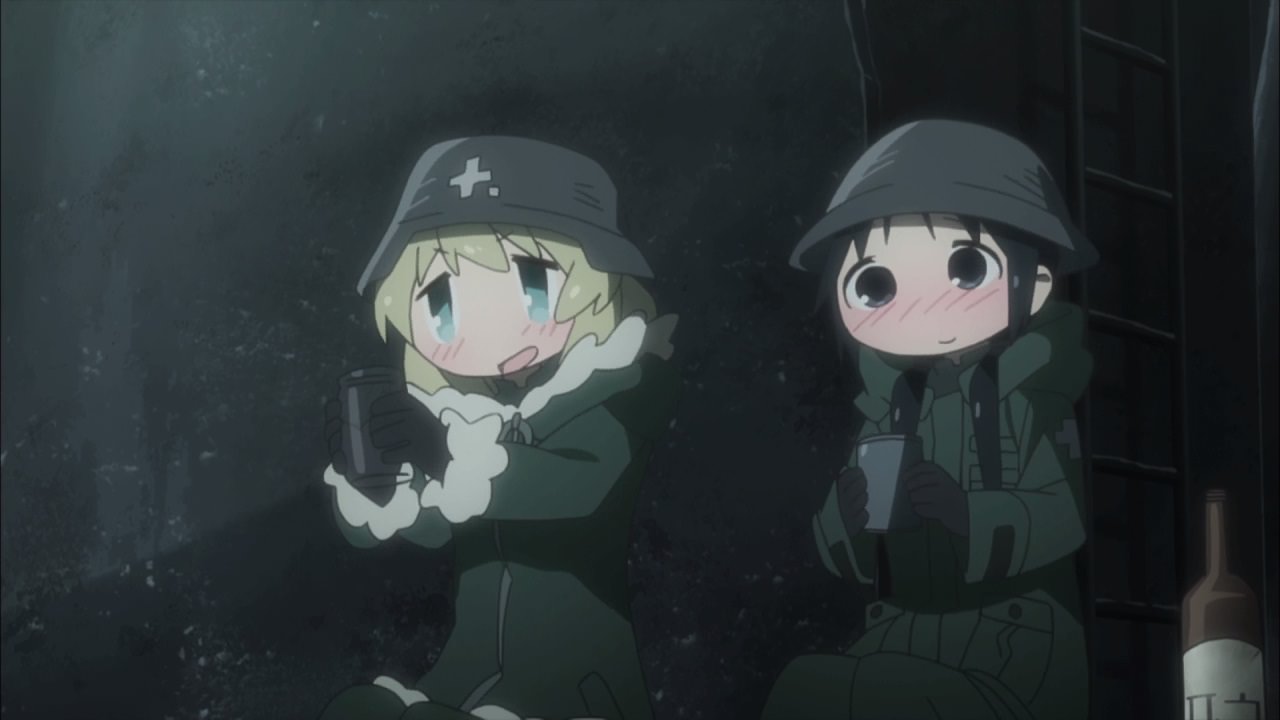 Then again, no one’s gotta stop both girls as most of humanity has wiped out. Also, beer makes you drunk and crazy, especially when drinking at night!

Anyways, I’ll see you next time and I have to say that it’s a great episode as always.