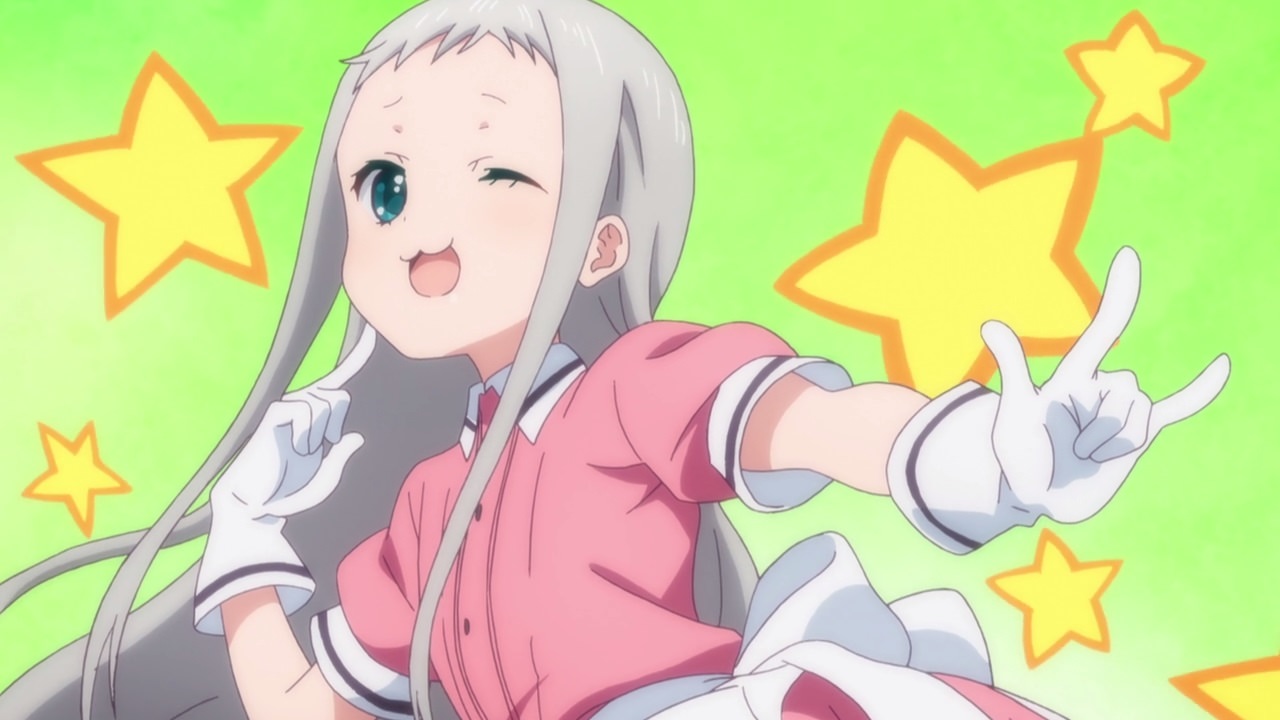 Well everyone, I would like you to introduce to the newest member of Café Stile.

It was hinted before in last week’s episode, but here she is as I welcome you Hideri Kanzaki! 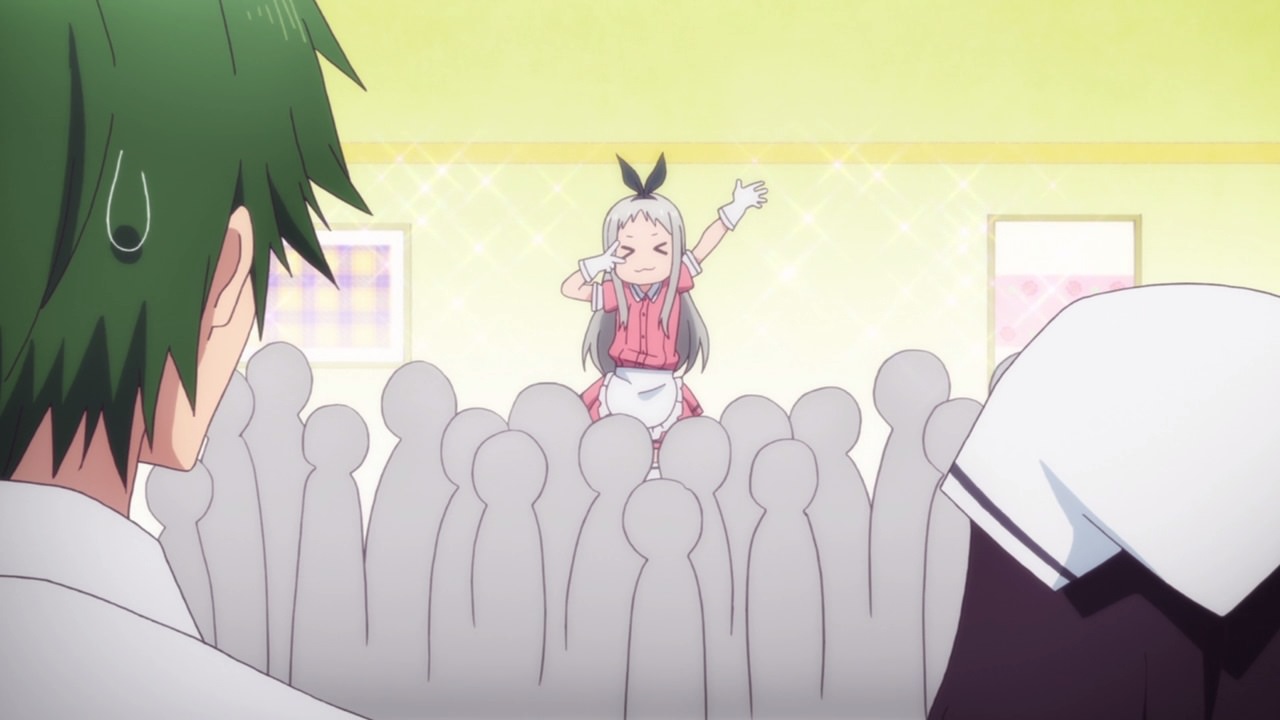 And as you can see, the patrons are loving it that Hideri was called the idol of Café Stile! Also, Hideri is wearing Maika Sakuranomiya’s uniform at the moment.

While this newest member is the biggest attraction right now, little did they know is that Hideri Kanzaki… is actually a boy. Sorry to burst your bubble there, but I know somewhere that you love trap characters! Oh yeah, the reason why Hideri wanted to work at Café Stile because s/he doesn’t want to inherit the family farm. 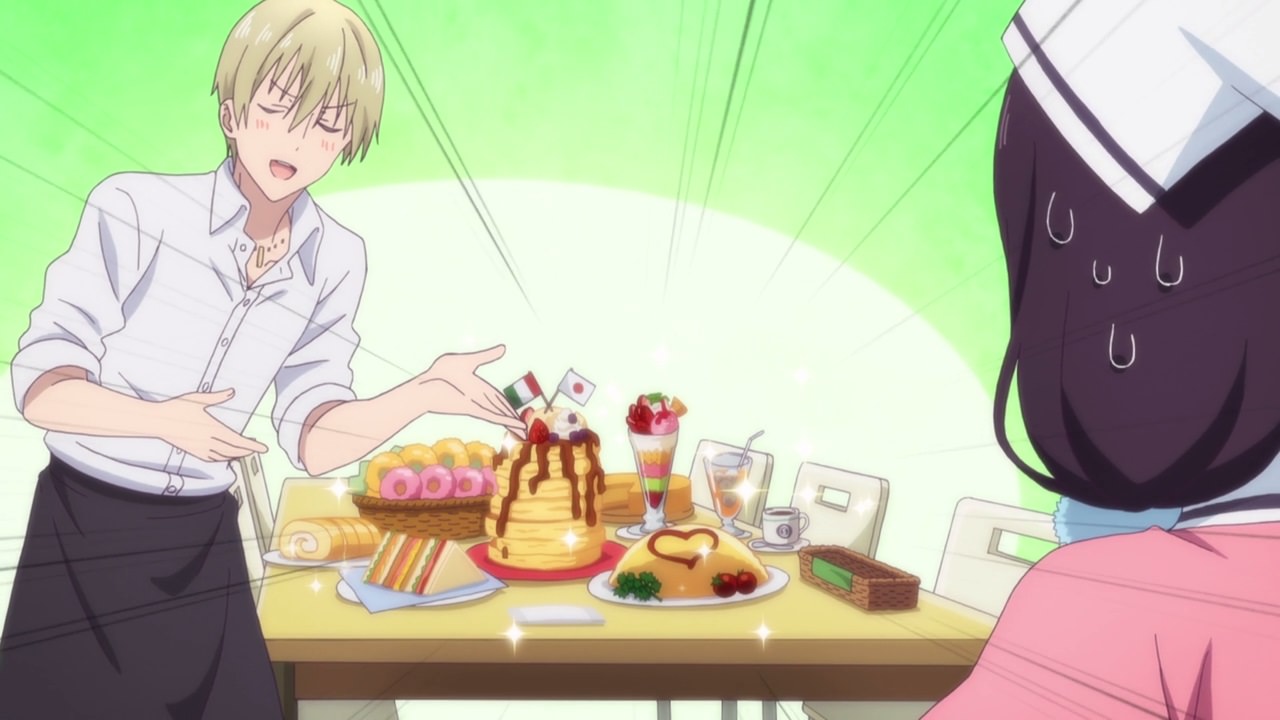 Meanwhile, looks like Dino wants to treat Maika-chan with an extravagant lunch meal. Um Dino, did you use the company’s funds and ingredients to create this meal? 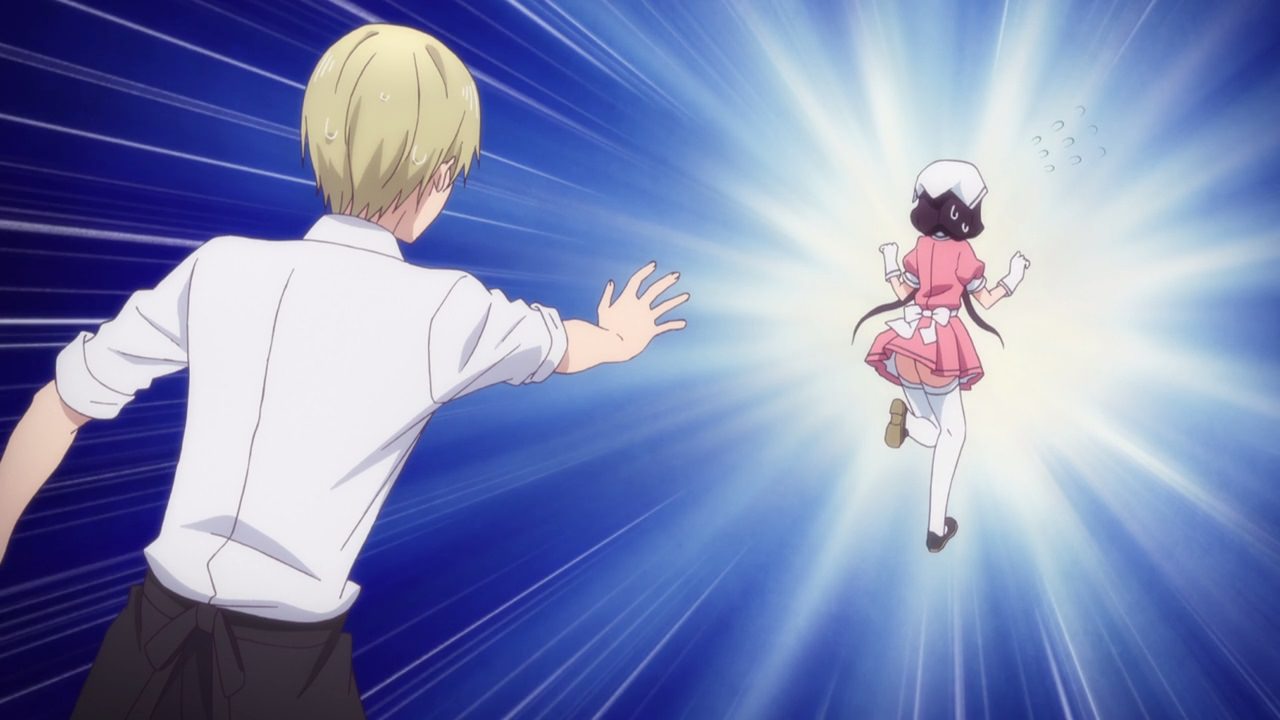 Unfortunately for Maika, she ran away as Sakuranomiya thought that it was a way for Dino to send her off.

Well, that’s a waste of money and ingredients and also, I forgot to mention that Dino’s relationship with Maika Sakuranomiya is still the same as ever. After all, they’re just friends and Dino might get arrested if he does something bad to Maika-chan! 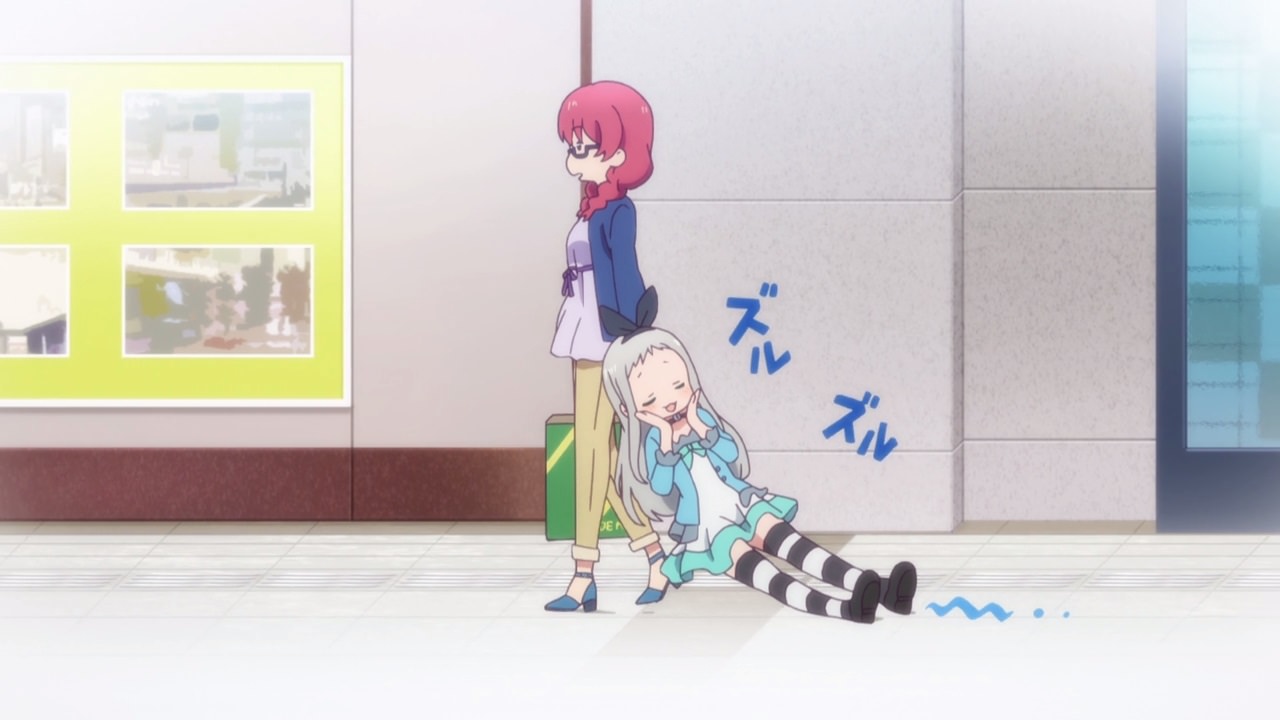 Now then, let’s move onto the next scene as Hideri Kanzaki is joined by Miu Amano in which s/he tries to find the right outfit in order to become popular.

Of course, Hideri can make one but s/he couldn’t finish in time for the current season. Therefore, it’s up to Miu-san on picking the right clothes. 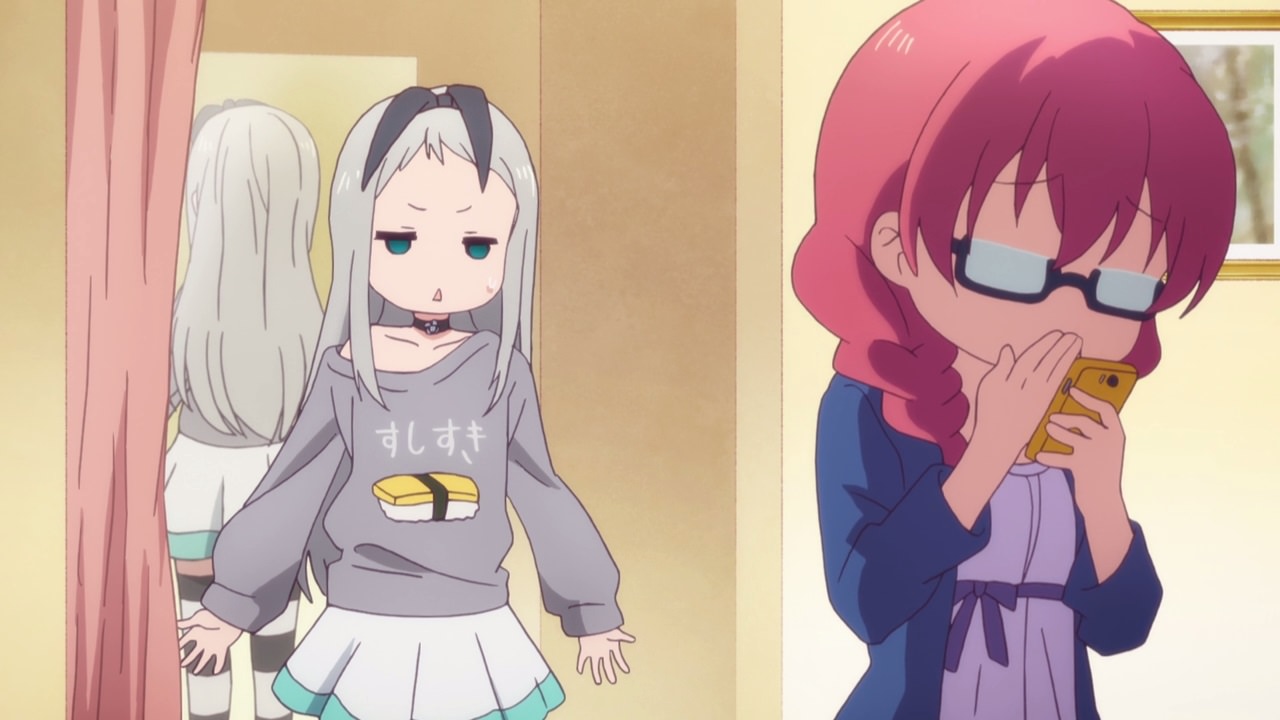 But then again, Amano wants to mess up with Kanzaki by wearing strange clothing. Yeah, Hideri looks like a dork there! 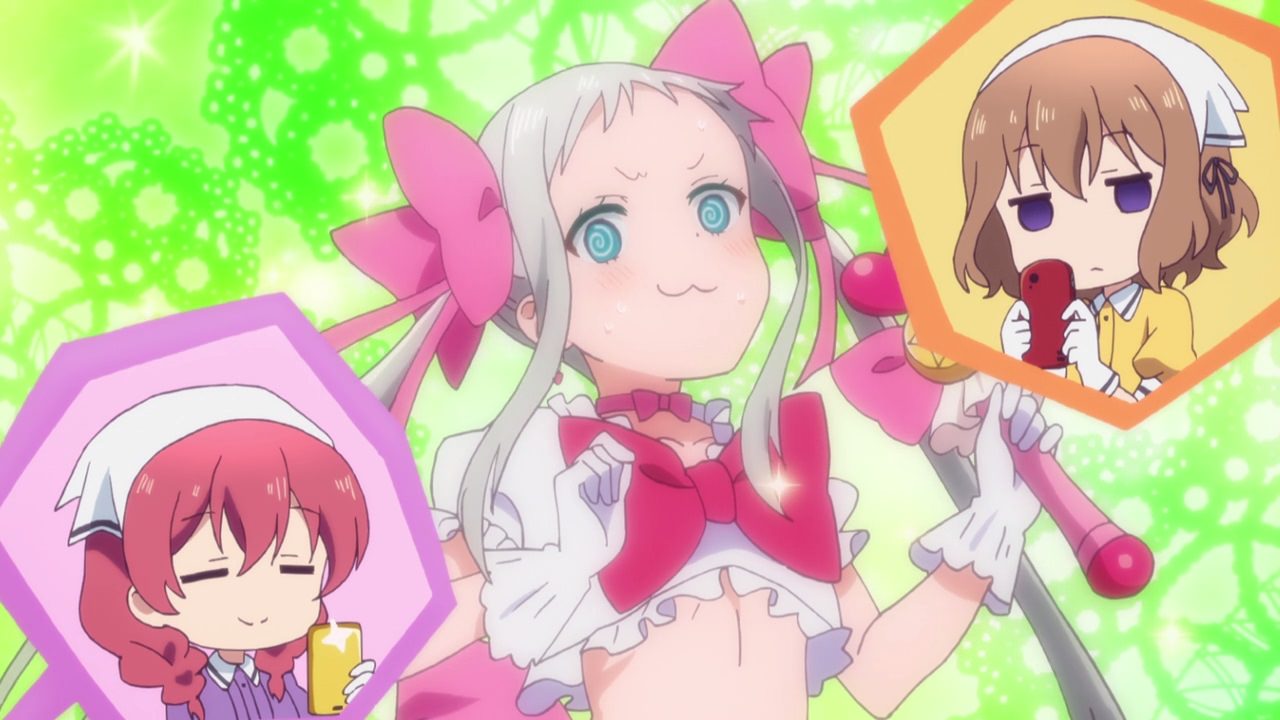 Oh, and it wasn’t enough, Mafuyu Hoshikawa joined in to play dress-up with Hideri by forcing the idol to wear costumes from a magical girl anime. Well, looks like Mafuyu and Miu are enjoying it!

Anyways, I love how Café Stile is growing with the addition of Hideri Kanzaki. Also, I apologize for not showing Maika-chan and her sadistic moments so I’ll make it up for it on the next episode.