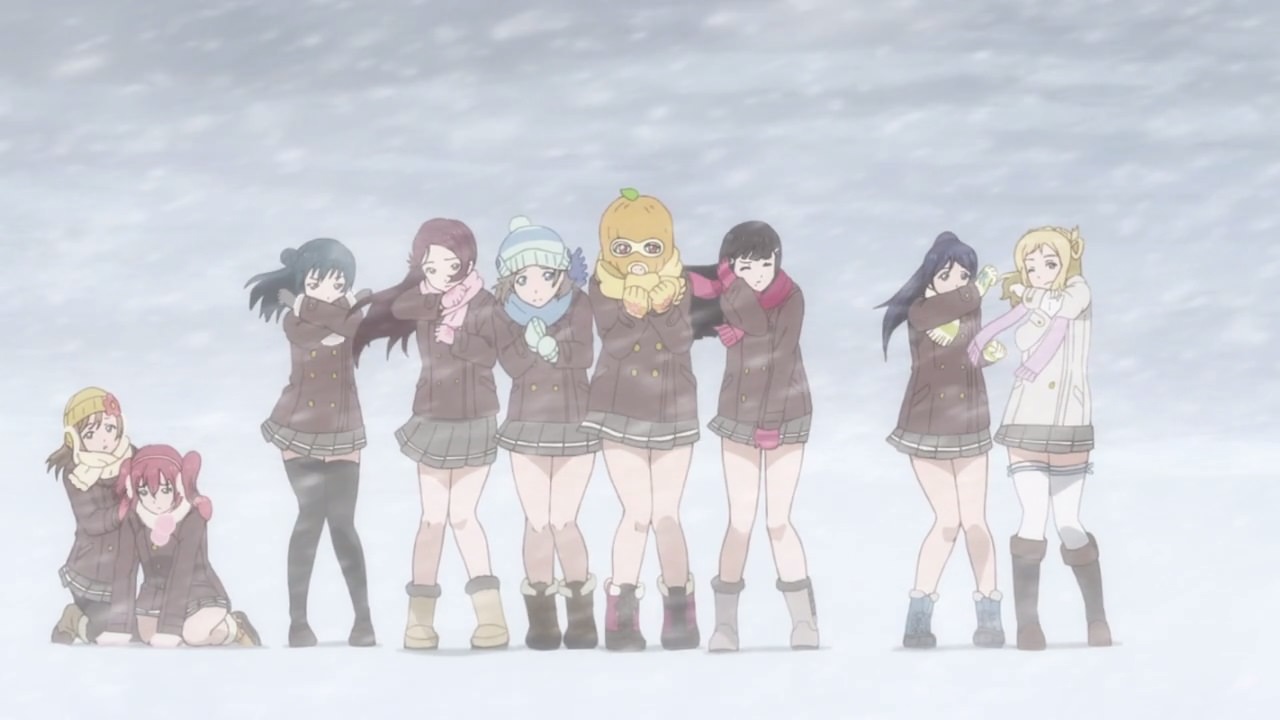 And now, it’s time for Aqours to go beyond Numazu as they went north towards Hokkaido where everything is always snowy 24/7! 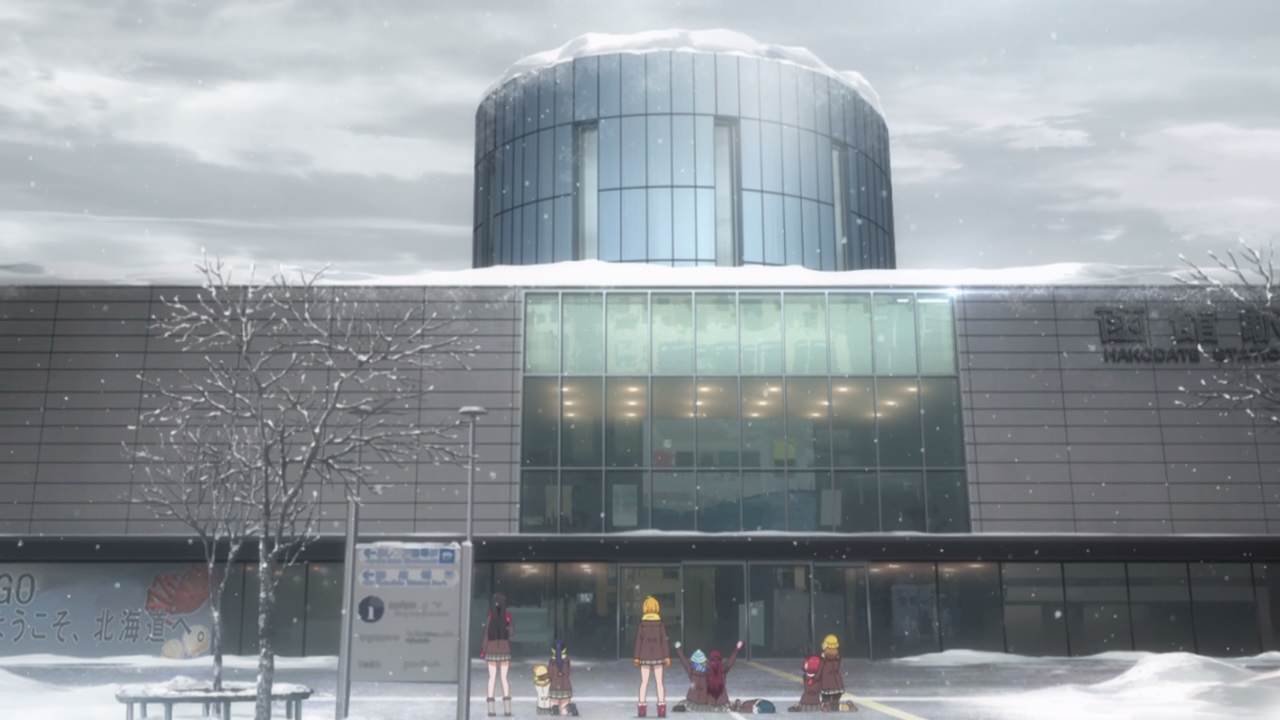 Well, not quite as they’re just imagining things. Also, notice Chika Takami wearing a mikan mask. But hey, they arrived at the town of Hakodate where Saint Snow resides. 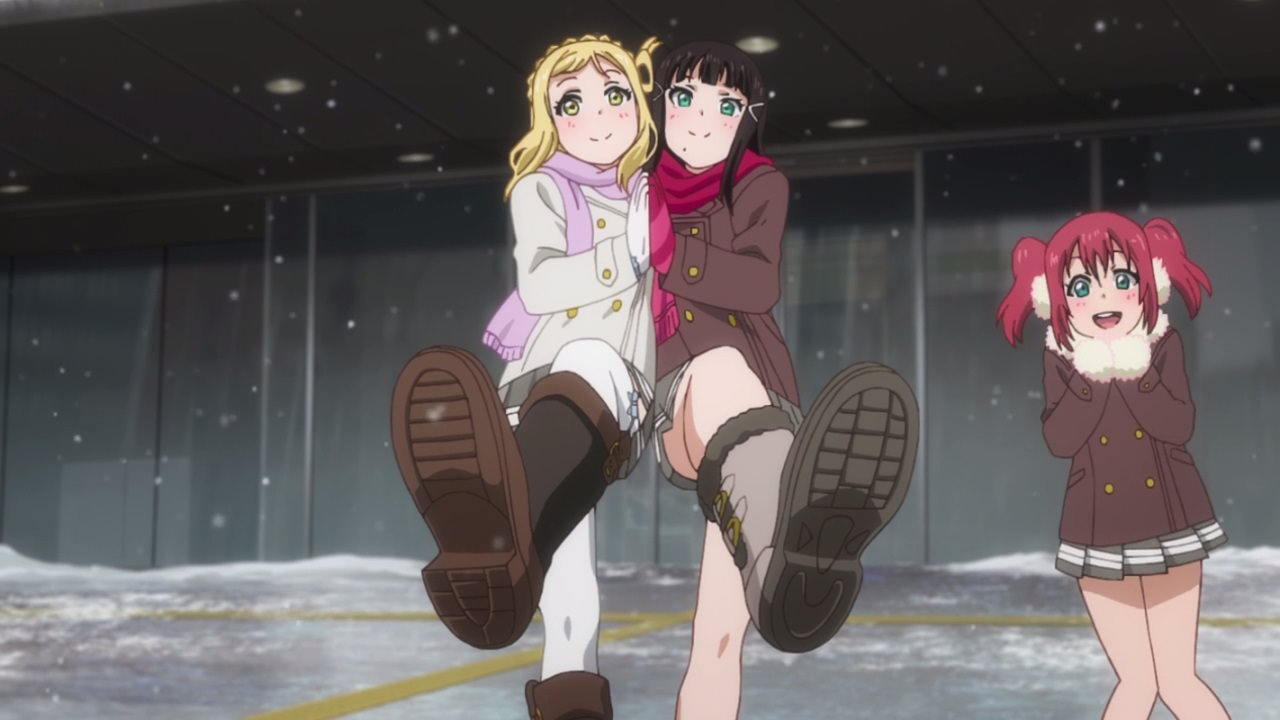 But first, it’s time for them to enjoy the sights and sounds of Hakodate. Oh, and both Dia Kurosawa and Mari Ohara are fully-prepared as they’re wearing snow boots. 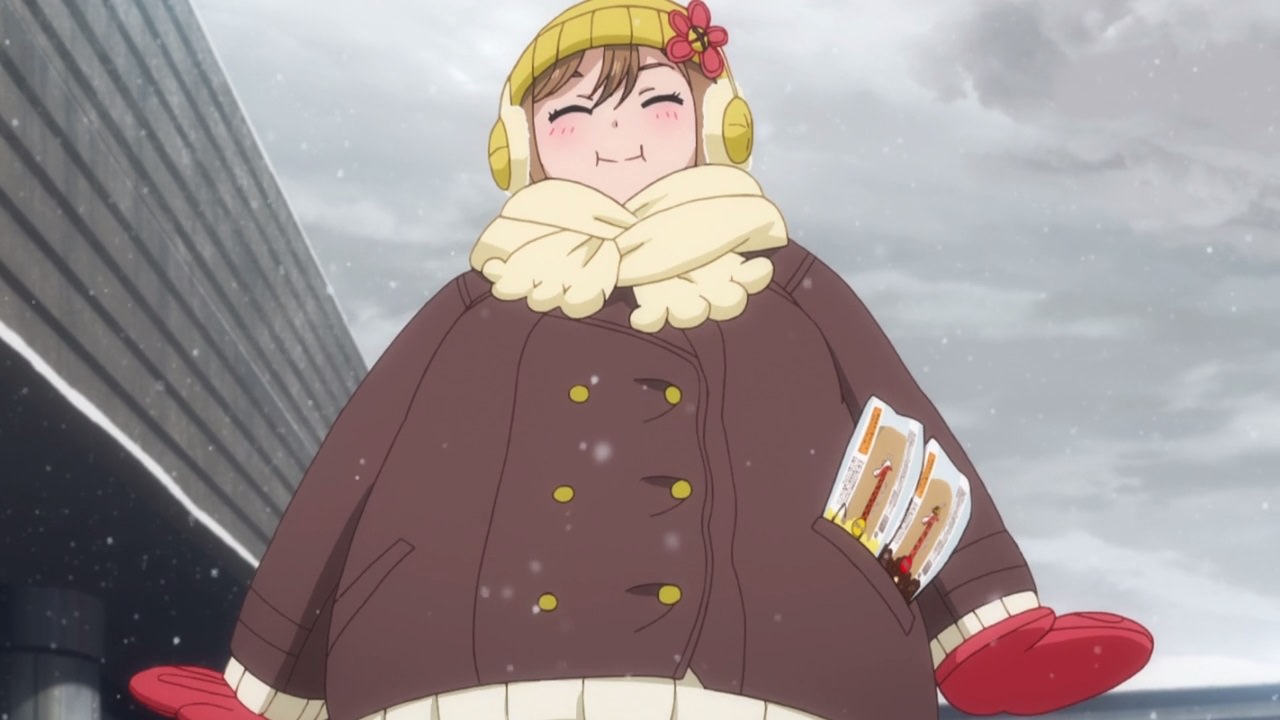 Even moreso with Hanamaru Kunikida as she’s wearing not one, but three layers of coat as Hanamaru is pretty sensitive to the cold. Then again, I think that she looks so chubby!

But anyways, it’s time for Aqours to watch the regional finals where the winner will perform at the Akiba Dome. 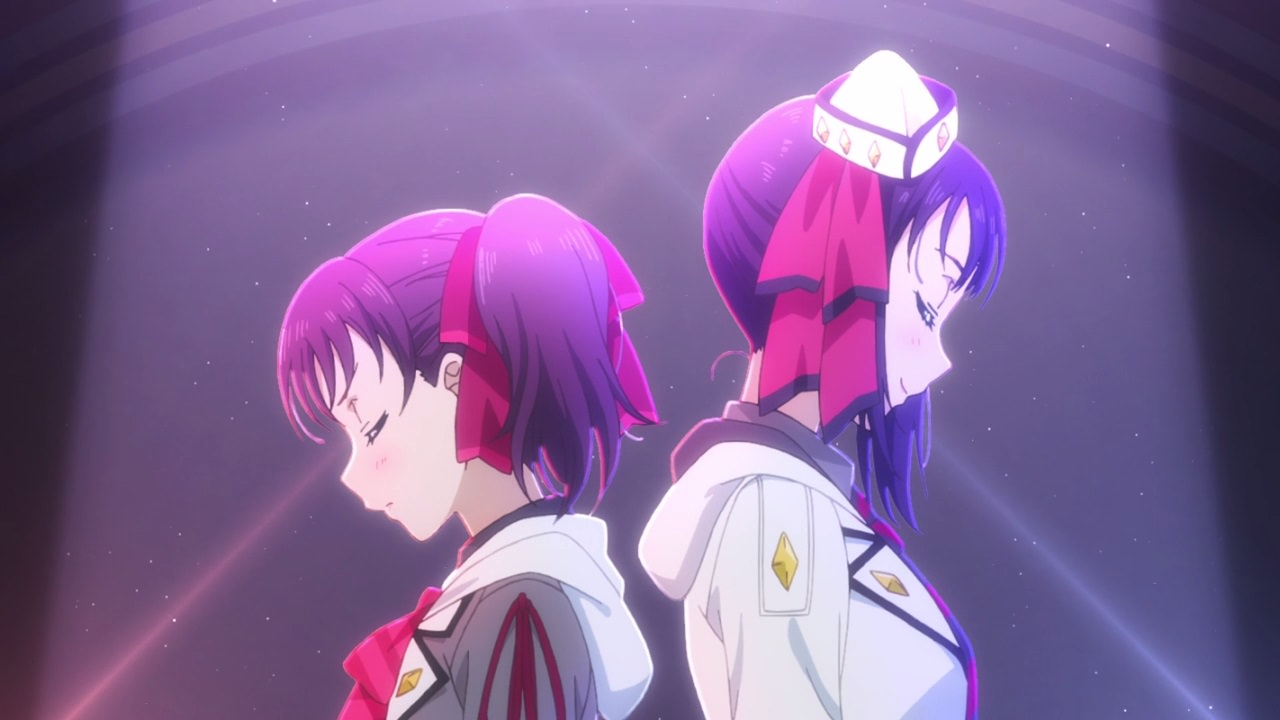 Oh, and we’re looking forward for Saint Snow as Ria and Seira Kazuno are expecting to come on top and return to compete at the nationals.

After all, Aqours wants a fair match against Saint Snow in the upcoming Love Live! School Idol competition. 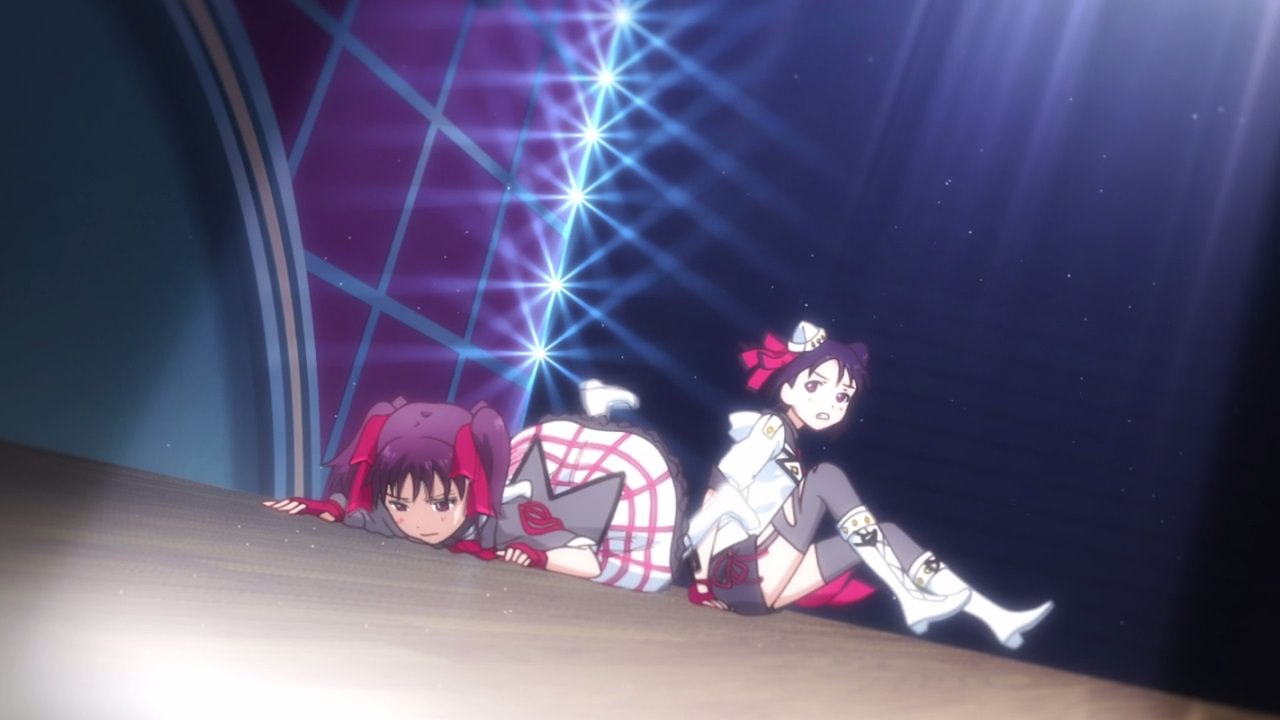 However, it appears that a mishap from Ria Kazuno has derailed their chances of returning to the national competition. Yeah, I can’t bear to watch this!

So what happened? Why did Saint Snow made a fatal mistake that cost them a spot at the Love Live! School Idol competition? Well, I could say that it’s pressure but there’s more to that. 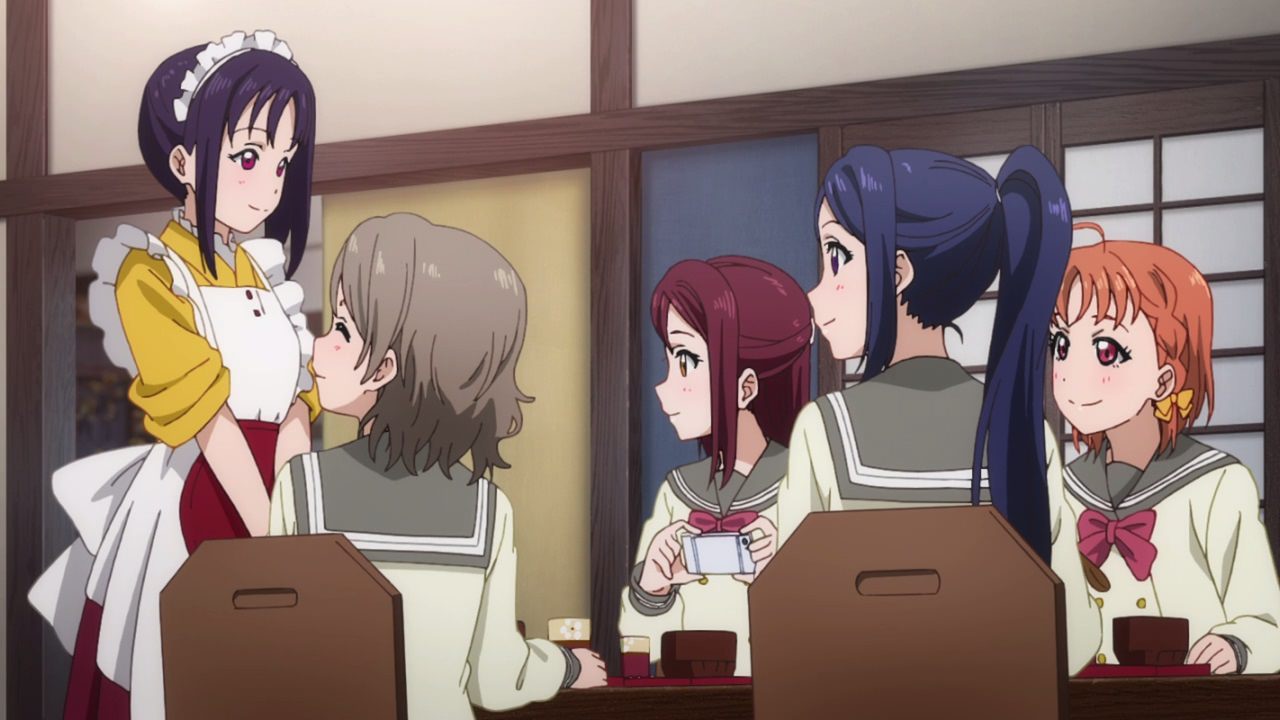 You see, Seira Kazuno will graduate soon which leaves Ria as the only school idol around. After all, it’s Seira’s last chance to make into the national competition and it’s quite sad that it ends in a spectacular loss. However, she didn’t have any regrets of it as Seira did her best.

But as for Ria Kazuno, she has many chances and while Seira didn’t blame her for that mistake, Ria felt that it’s her fault and she decides to quit being a school idol. Of course, it’s not just her responsibility that led to Saint Snow’s loss, but because Ria couldn’t perform without her sister around. 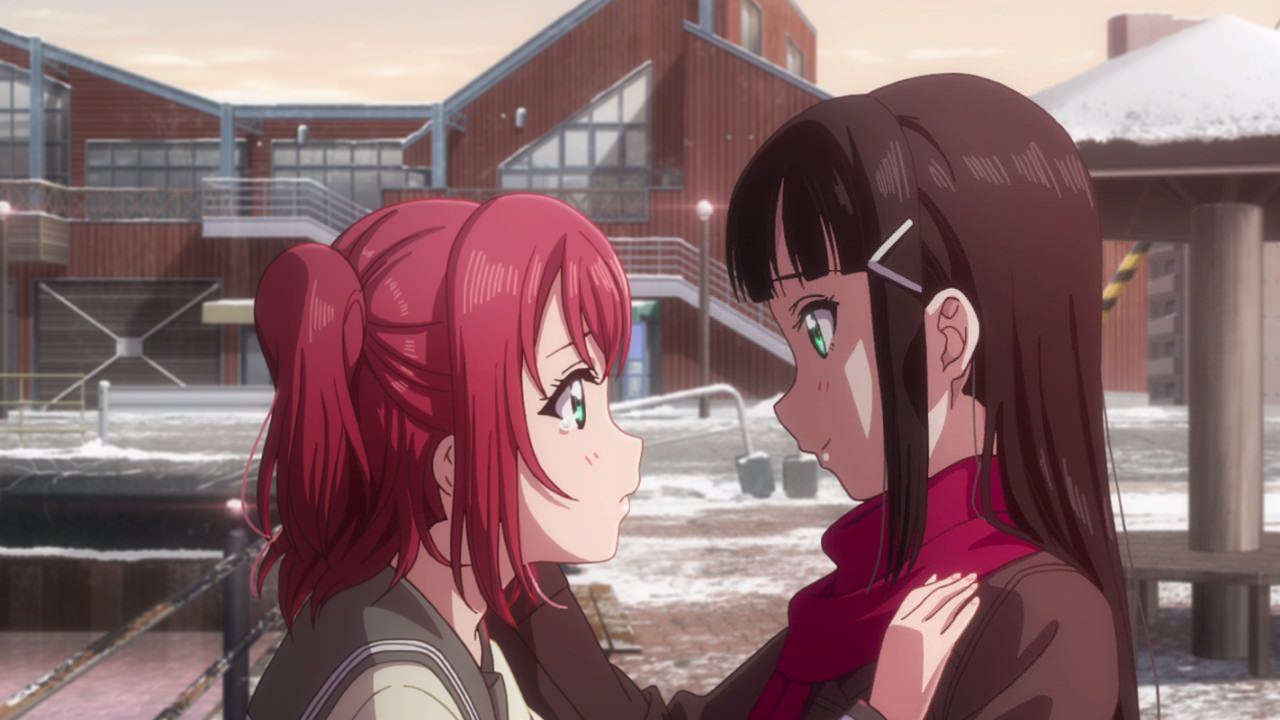 And this is where Ruby Kurosawa couldn’t stand it on how Ria Kazuno is suffering right now, until Dia Kurosawa stepped in to comfort her sister. Yeah, this is kinda emotional right now!

But you know what, I feel that Ruby-chan will be fine even after the 3rd years graduate and besides, she has friends to back her up. 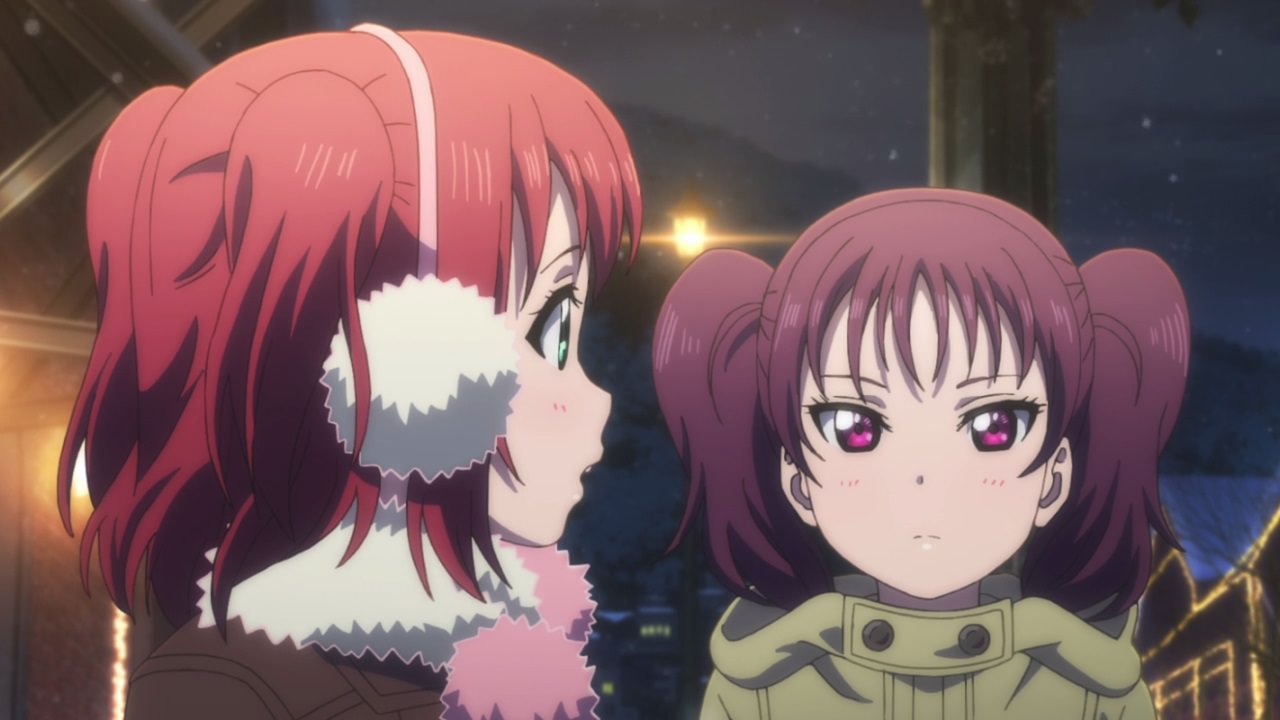 Anyways, it’s time for Ruby-chan to have a heart-to-heart talk towards Ria Kazuno. Even though Dia Kurosawa will graduate soon, Ruby-chan still loves her sister and Dia is very happy with it. Therefore, she wants Ria to have that same feeling.

I must say that Sunrise did their best to feature Ruby-chan on this week’s episode, which she really needs more exposure as Ruby is being overshadowed by everybody. Heck, I’d say that she matured a lot ever since Ruby joined Aqours back in Season 1 Episode 4. 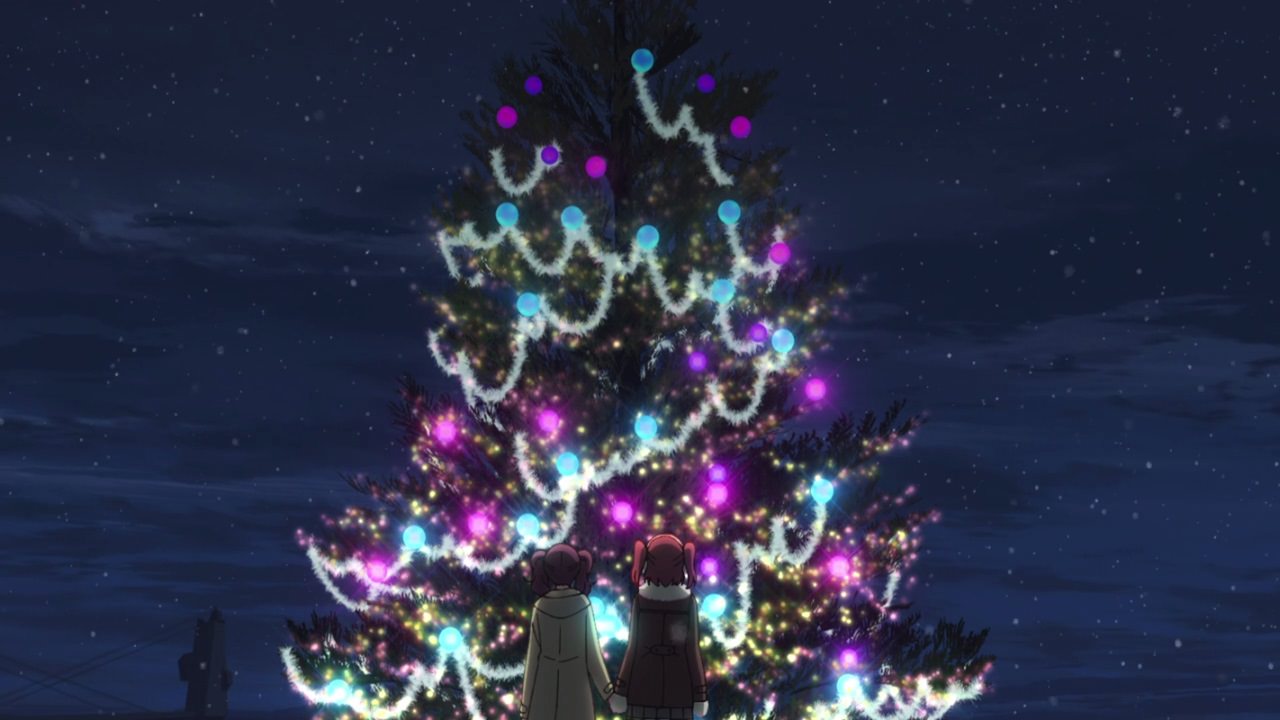 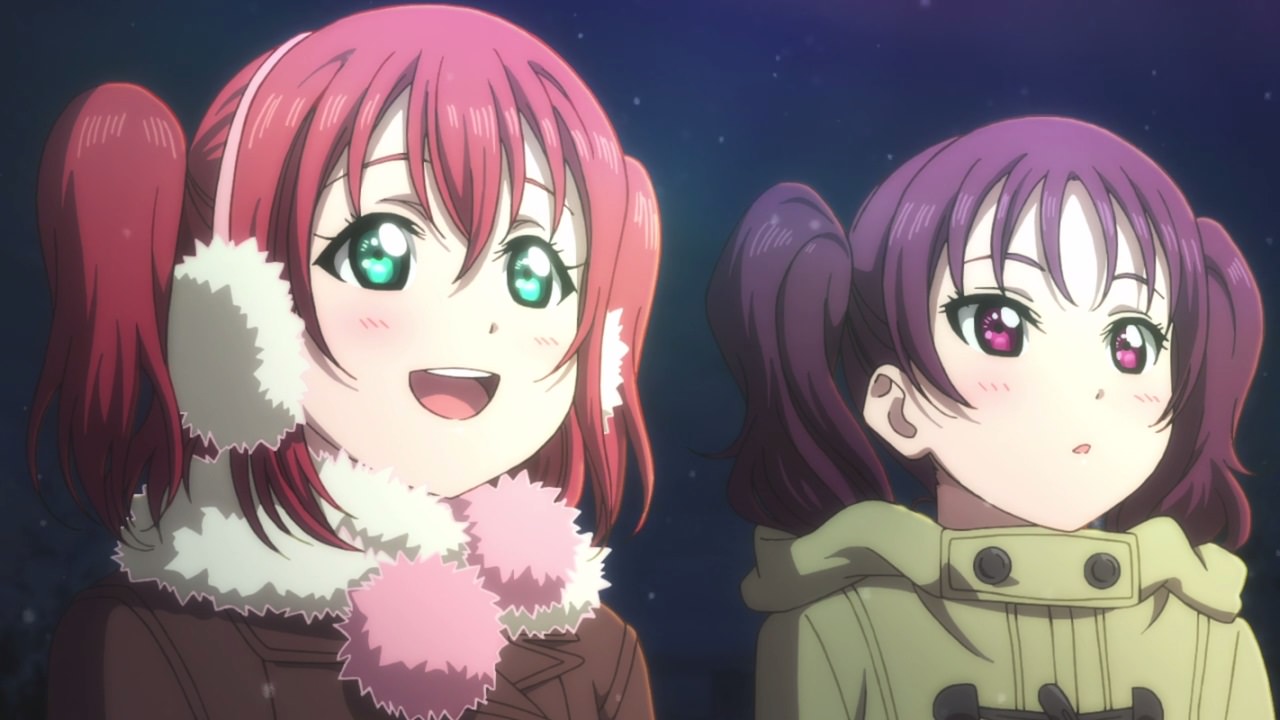 Of course, it’s not yet over as Aqours is still in Hakodate. I wonder what surprise awaits us on the next episode?