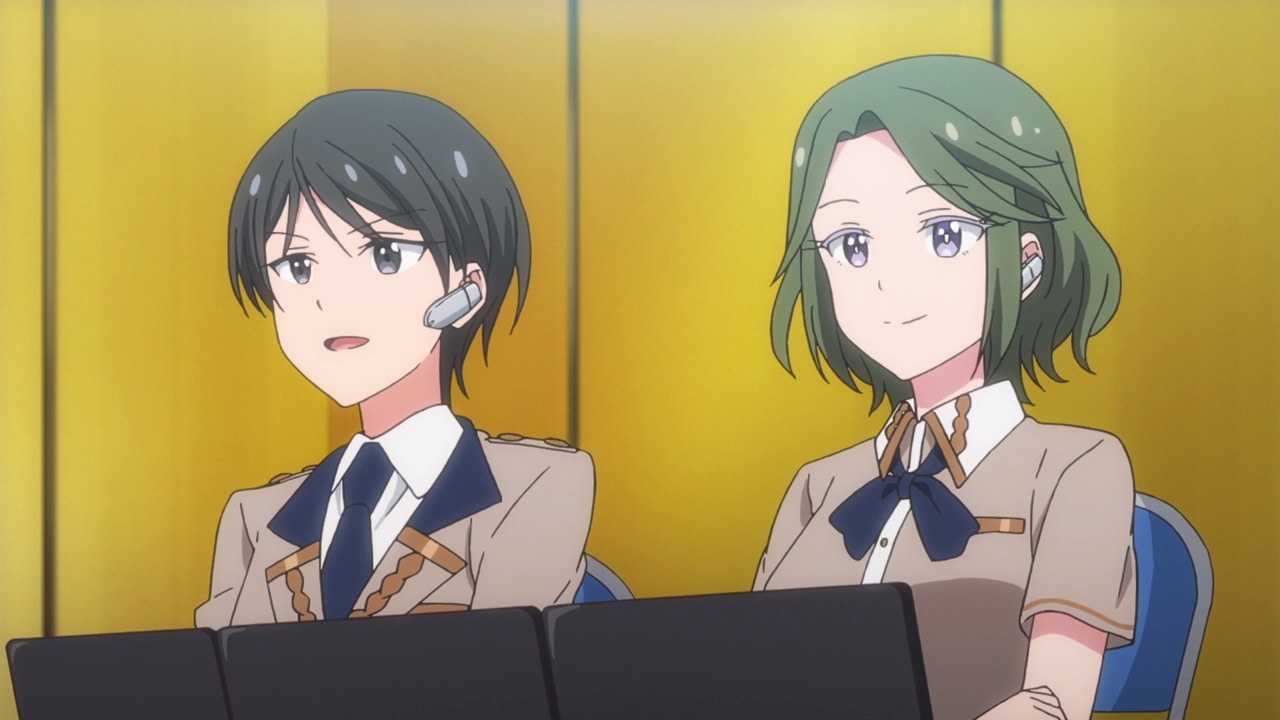 This episode is brought you by Mao Katakura and Hitomi Iseki from Takachou Girls’ Academy, as they’ll do some commentary for this occasion.

Of course, they’re not gonna be featured on this episode as the show will do something different. 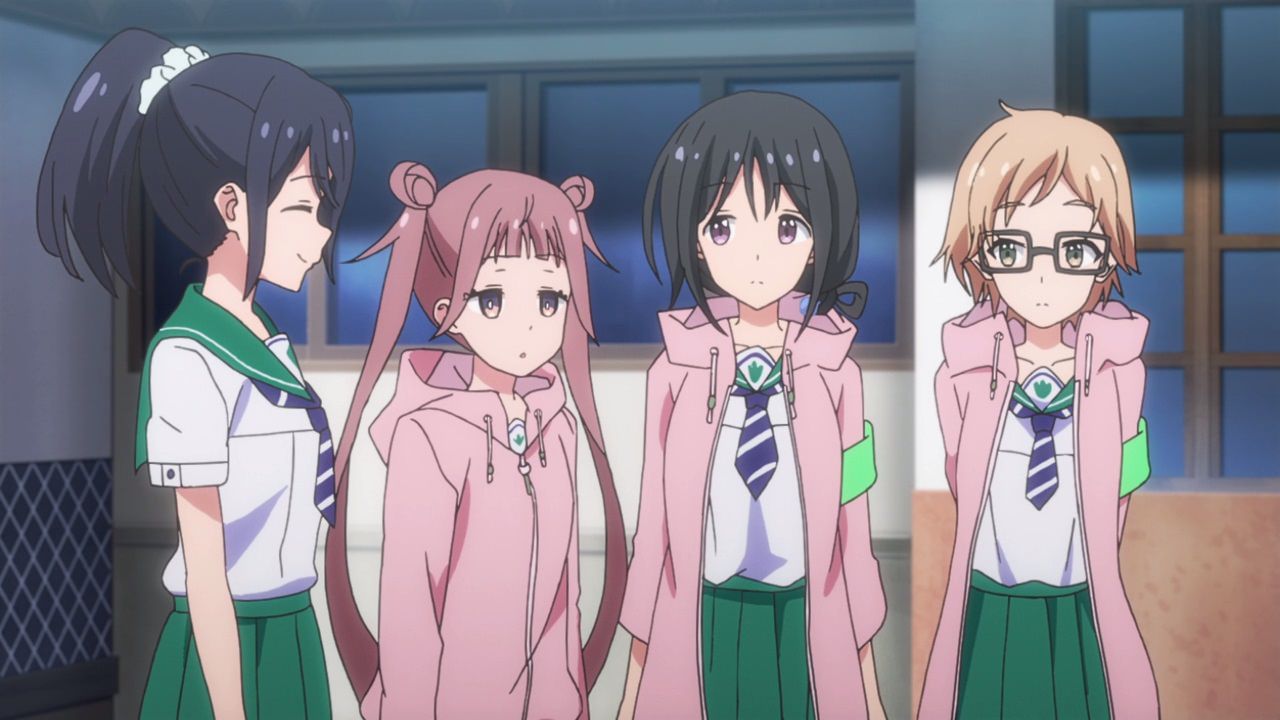 In fact, we’re talking about the commentary duo of Nene Itagaki and Ai Makita as they’re joined by the camera duo of both Hibari Takada and Tsugumi Nakajima.

In any case, both Nene and Ai-chan had a history as they became friends ever since Makita moved to Miyakejima when she’s a young girl. Oh, and if you notice right away, Ai-chan doesn’t talk much except when she’s on a mic. 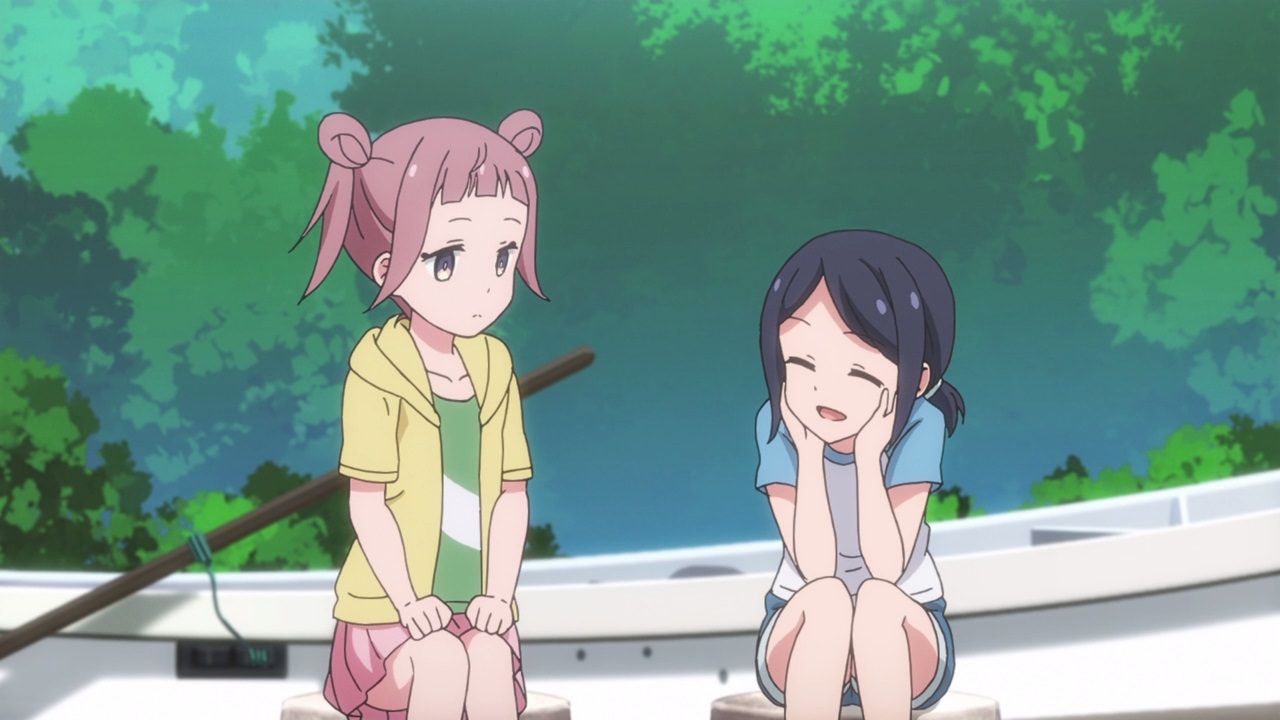 Now then, let’s talk about their past as Ai Makita was introduced in the world of sidecar racing by Nene Itagaki.

At first, she’s not interested on the sport due to being frail and quiet, but Nene’s enthusiasm has pulled Ai-chan into the world of kneeler racing despite not being able to ride one. 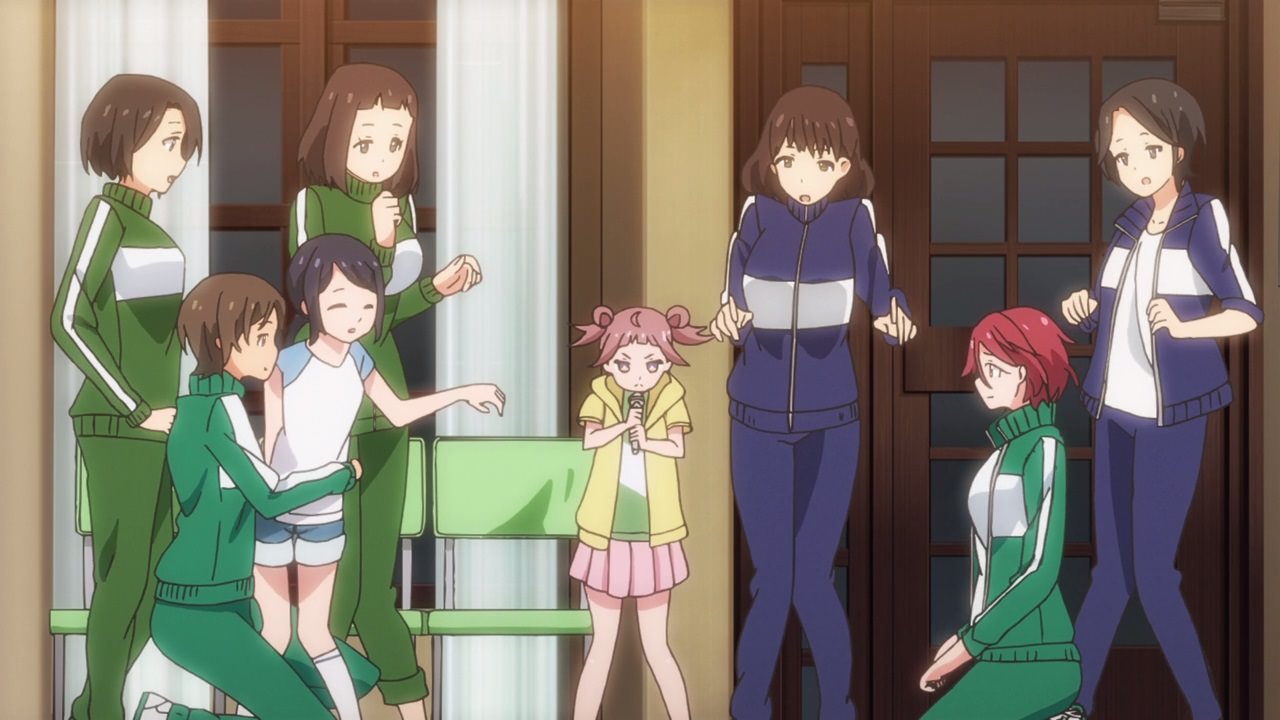 Oh and as for Ai Makita’s famous energetic voice when she’s on the mic? It was an accident when Ai told the riders not to take away Nene, all while scolding them that they should behave themselves instead of going wild after a day at the track. Because of this, Ai Makita and Nene Itagaki became the famous commentary duo to this day!

With that said, I feel that this episode is quite interesting because it features one of the staff members that runs the Miyakejima TT, better than some of the participants including a certain Yuri Miyata and Megumi Meguro. Of course, the next episode will feature one of the competing teams and SILVER LINK would make a two-part drama about it.