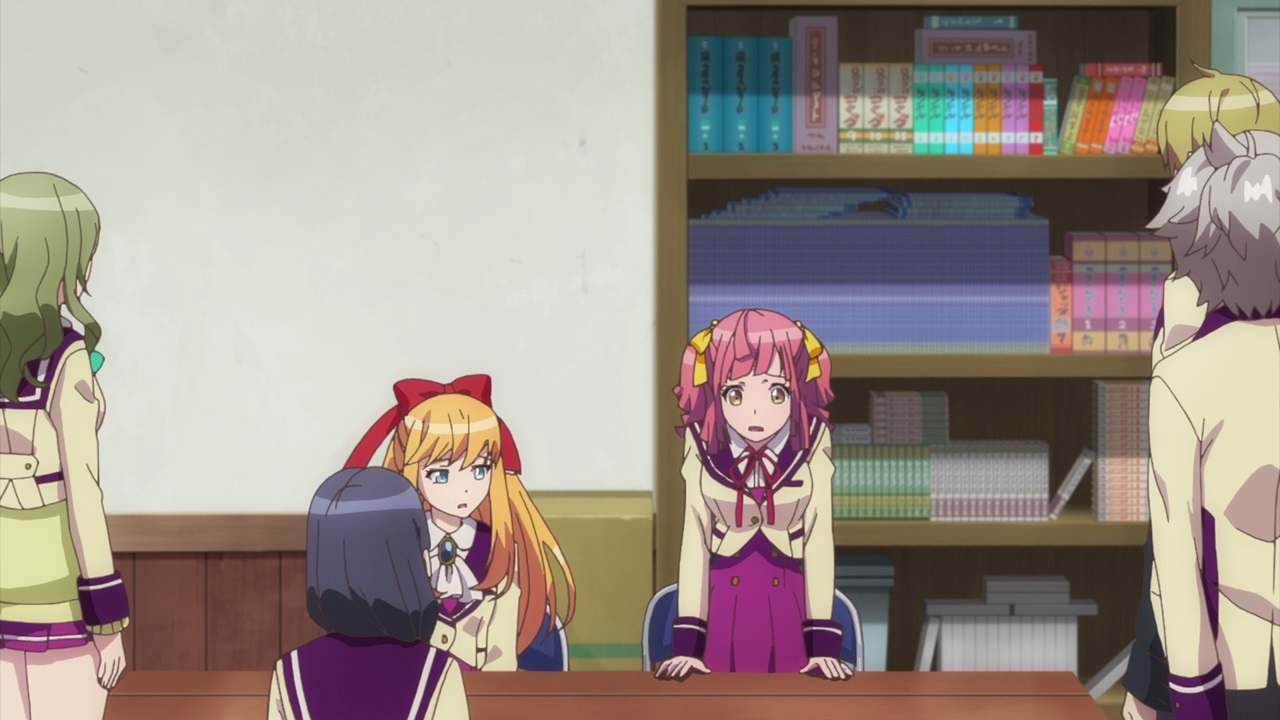 Hey everyone, this is gonna be an intense episode as the anime research club is having a crisis now. Remember what I told you when the student council decides to ruin everything? Well, they do!

Anyway, Minoa Asagaya tries to find a way to finish the short anime, but with clubs refused to collaborate or they might get the axe, Erika Aoyama told her that there’s nothing that they can do at the moment. 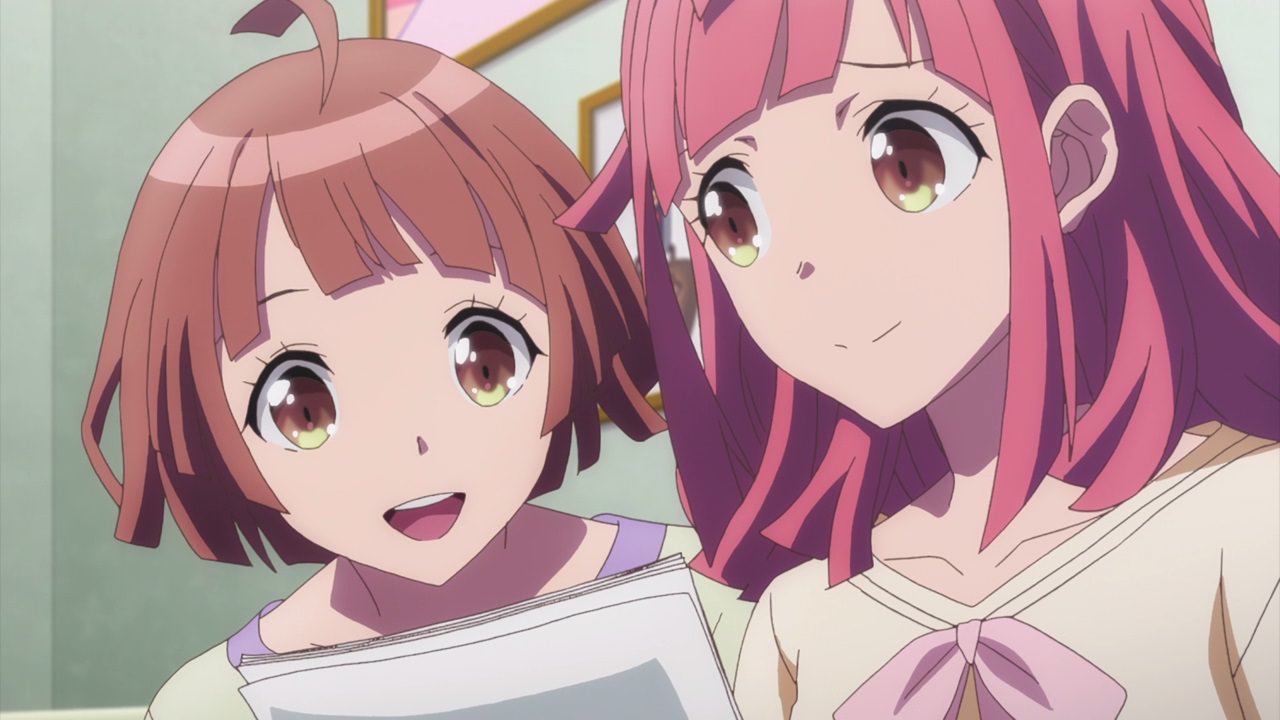 Heck, even Minoa’s sister Maya who is looking forward to voice an extra character. With that said, it’s all over for the anime research club! 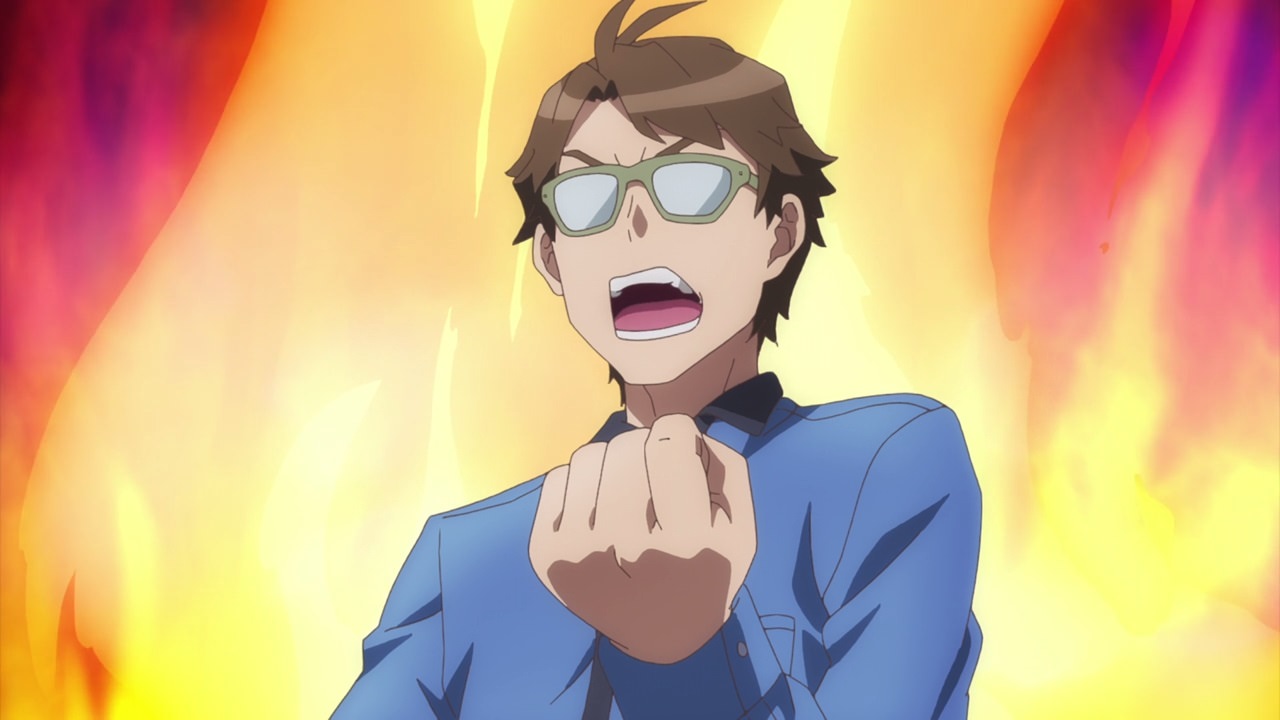 That’s until Minoa’s dad told her not to give up as he made a quote from SHIR- I mean ANIBAKO where they use their resources until the last minute to finish the anime on time, all for the sake of those anime fans of course!

Also, I would like to tell you now that her dad is actually an otaku, whose side job is actually a staff from Comiket. Yeah, that’s something. 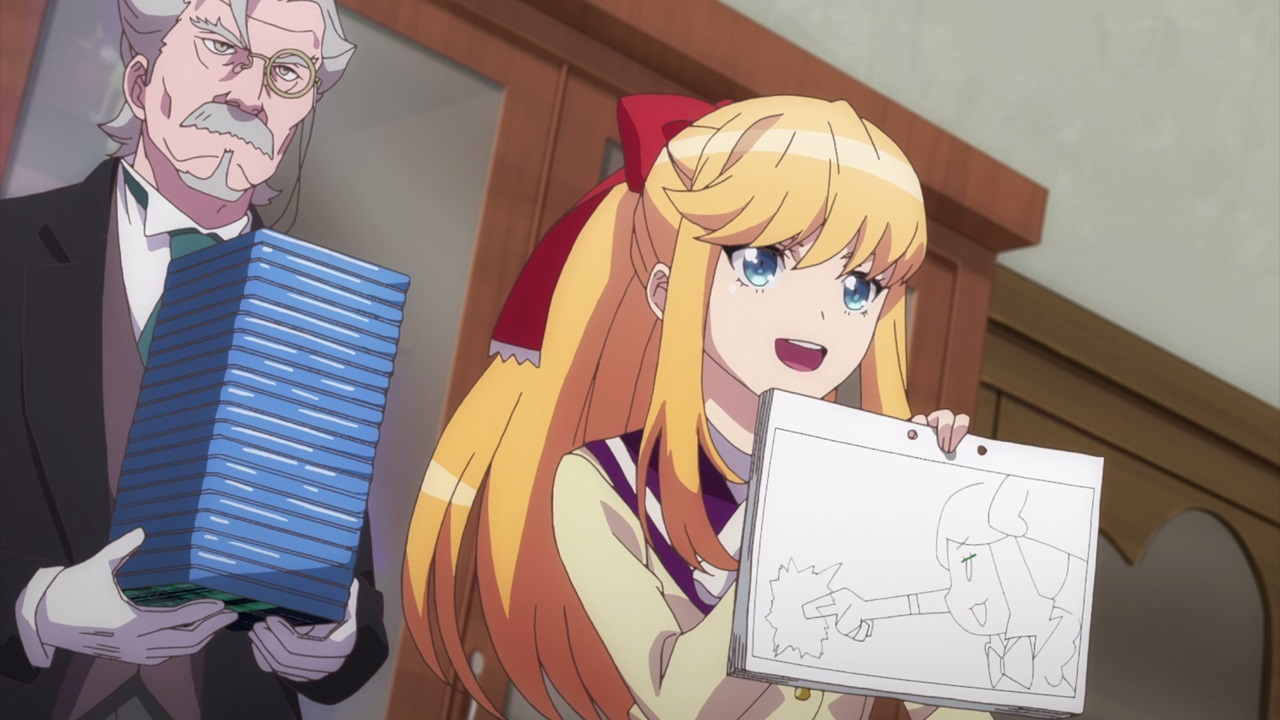 On the other hand, here’s Arisu Kamiigusa as she finished her work on the remaining frames of animation.

Well, with the help from Sebas of course, but Arisu-chan did her best to finish the short anime. 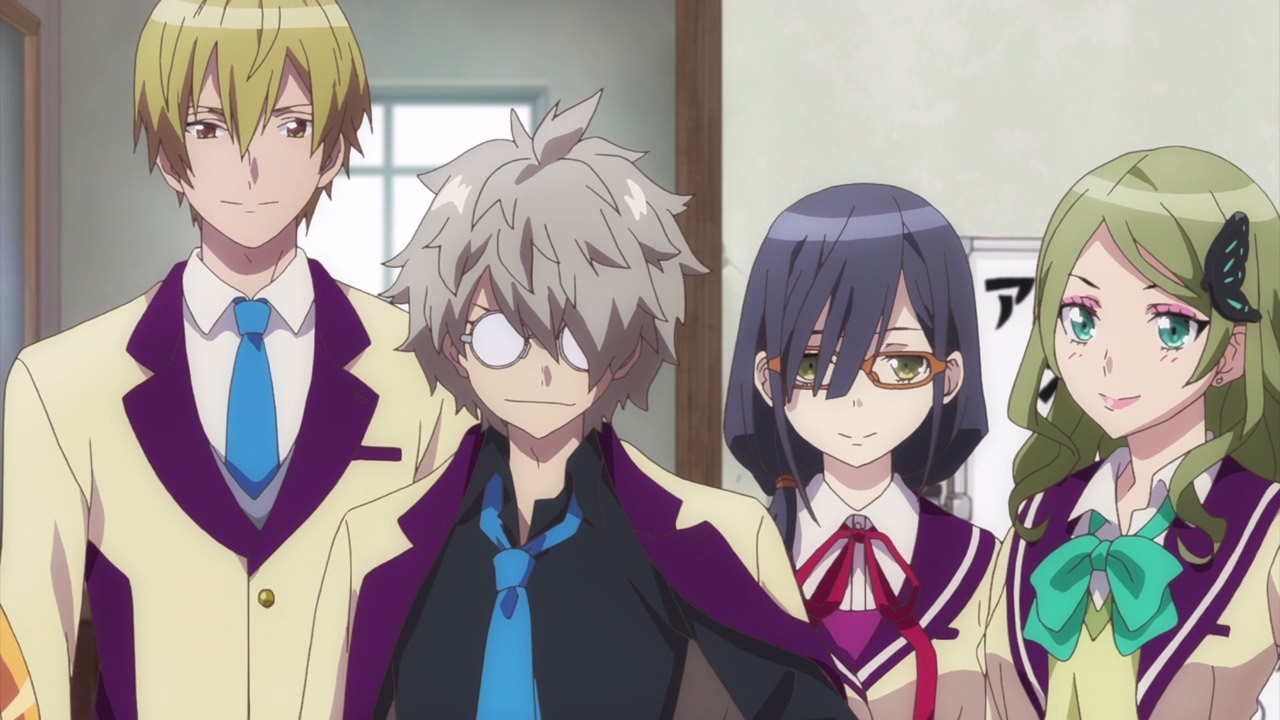 Also, the rest of the anime club are here to help Minoa on finishing the short anime, because they don’t want to embarrass themselves by showing a half-baked anime to the crowd.

Still, I feel that the anime research club will do whatever it takes to finish their short anime, but the problem is that they need to have a larger audience. 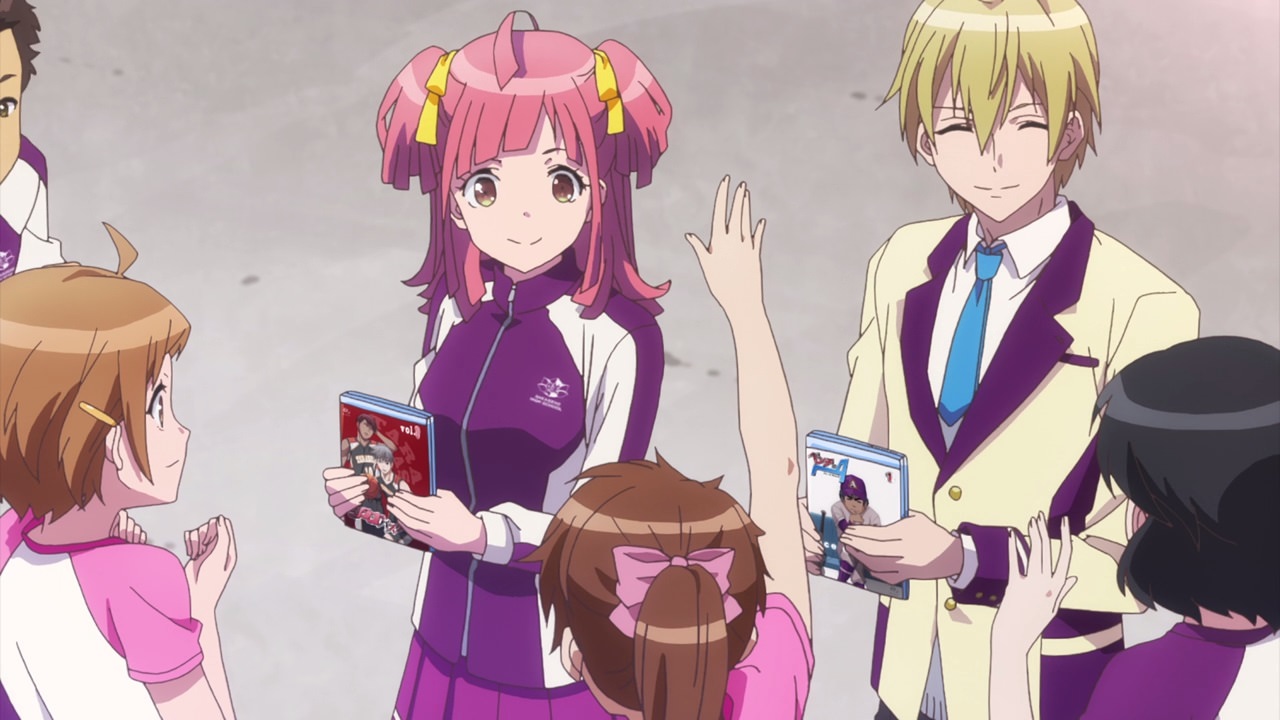 So, they resort to finding students who remembers watching sports anime like Slam Dunk, Ace of Diamond, and Prince of Tennis.

And by the way, they’re not part of some club as they’re just participating in an anime club event as individuals. Take that, student council! 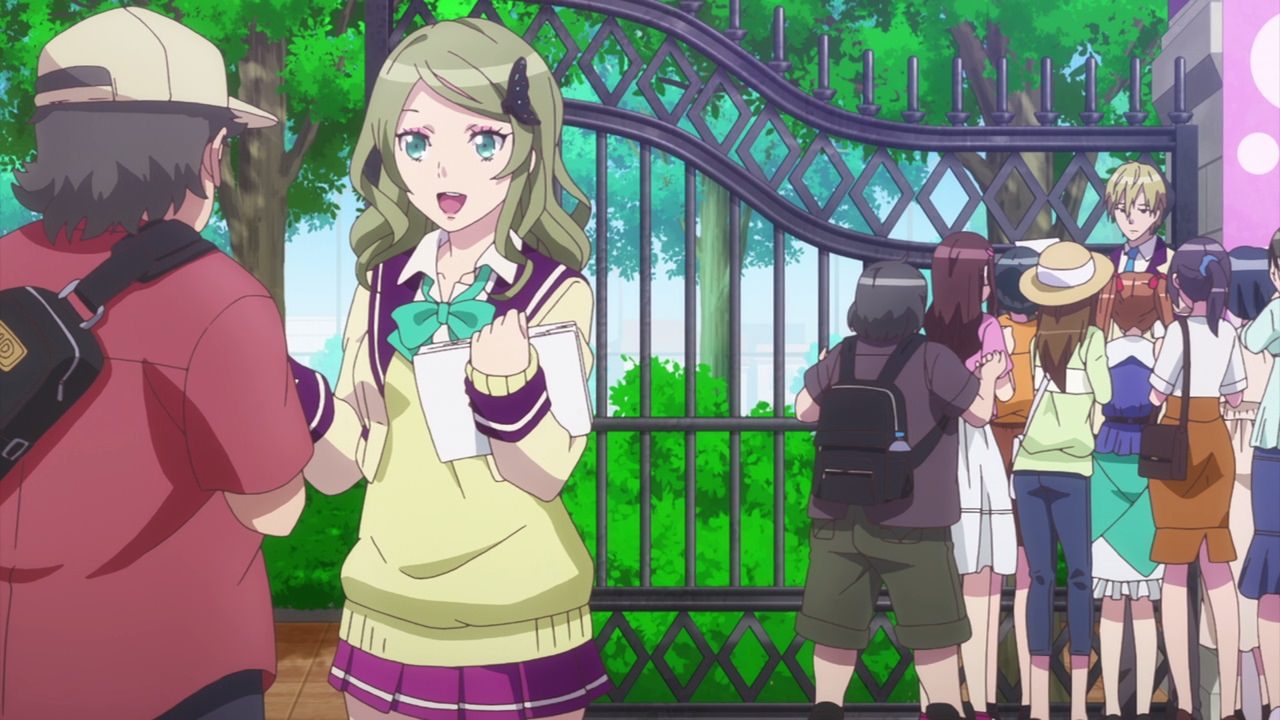 Anyways, it’s time for the school festival where student will try to attract visitors for various stalls and other attractions, most notably the anime research club where they’re trying to fill a large crowd. 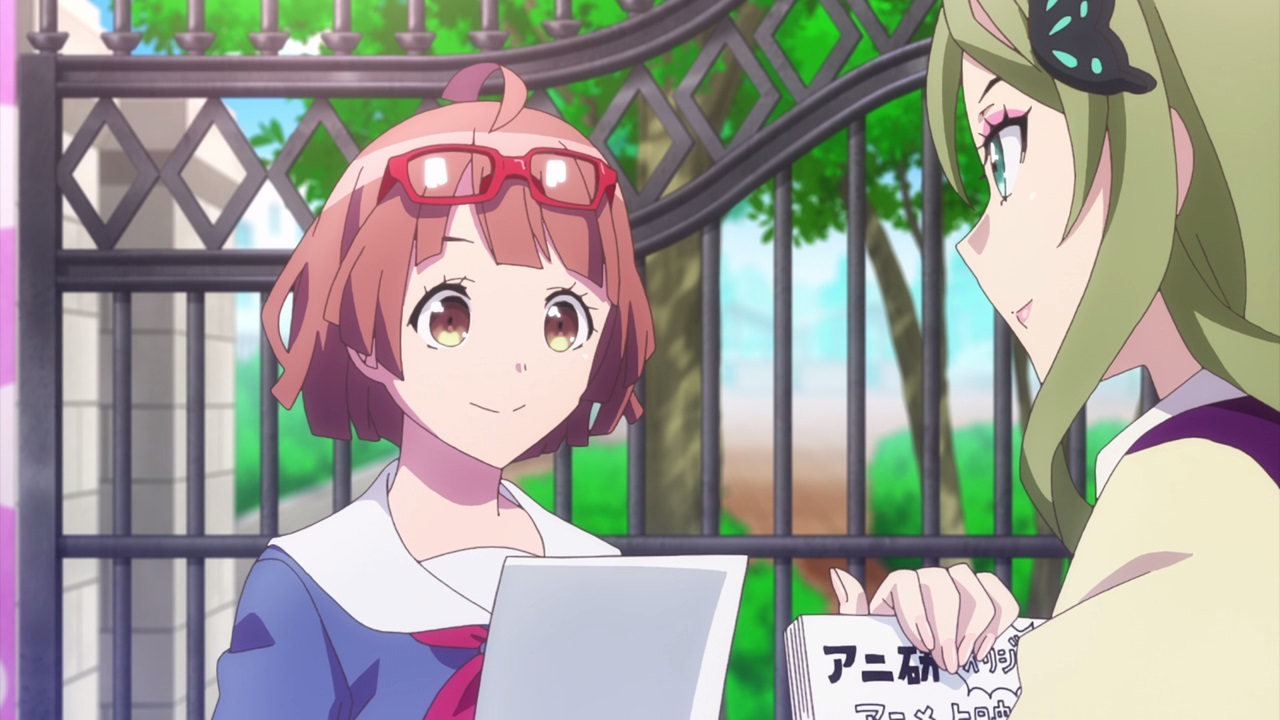 Oh by the way, here’s Maya Asagaya as she’s being invited to see the anime club’s presentation.

Come to think of it, seems that Erika Aoyama felt that she knows about Maya before. Then again, they know each other in their previous show Animegatari. 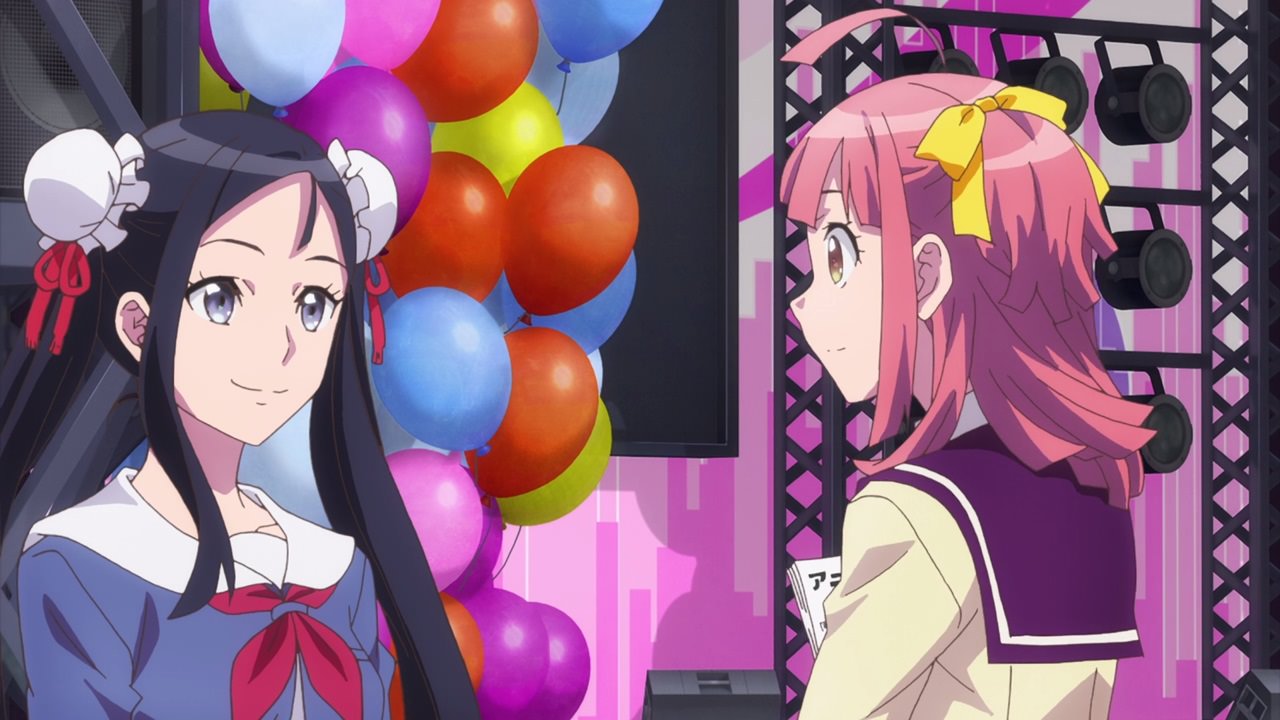 On the other hand, here’s Yang Beibei as she returned from her appearance in Episode 5.

Oh and if you notice right away, Beibei is wearing the same school uniform as Maya, which means that she’s a classmate to Minoa’s sister. 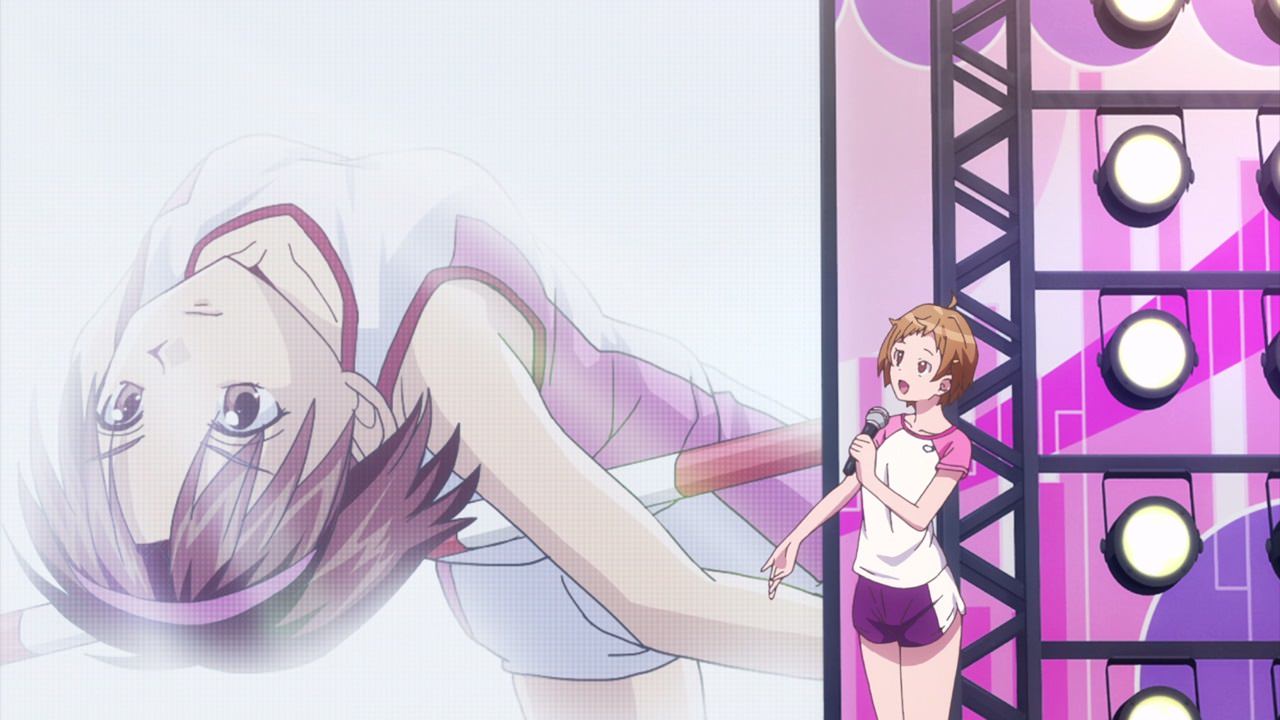 Now then, let’s start right away with the anime research club’s presentation, starting with a talk show about sports anime.

Oh yeah, here’s Yui Obata as she talks about her favorite series, which is modeled after Kouji Seo’s Suzuka. Then again, the anime show did not have another season, which is for the best. 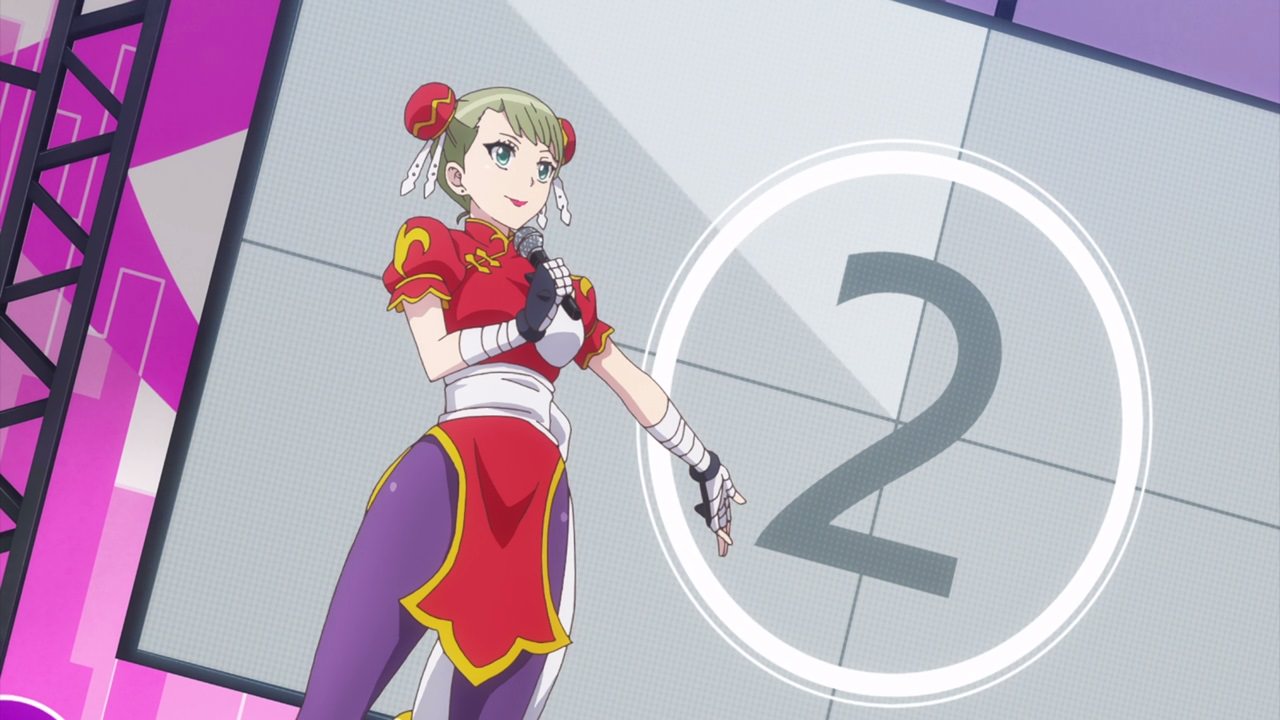 And now, it’s time for the main event as Erika Aoyama shows their fruit of labor, which is their original short anime. 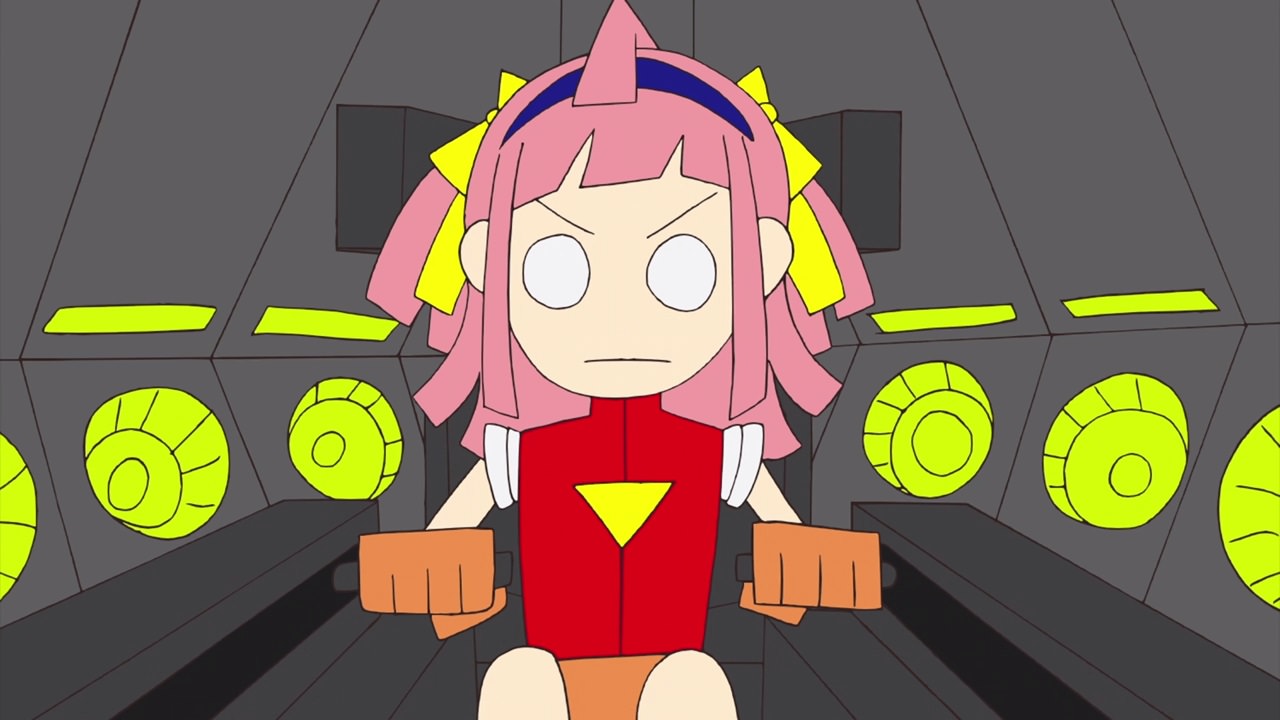 As you can see, it combines mecha, magical girls, and other tropes found in anime. 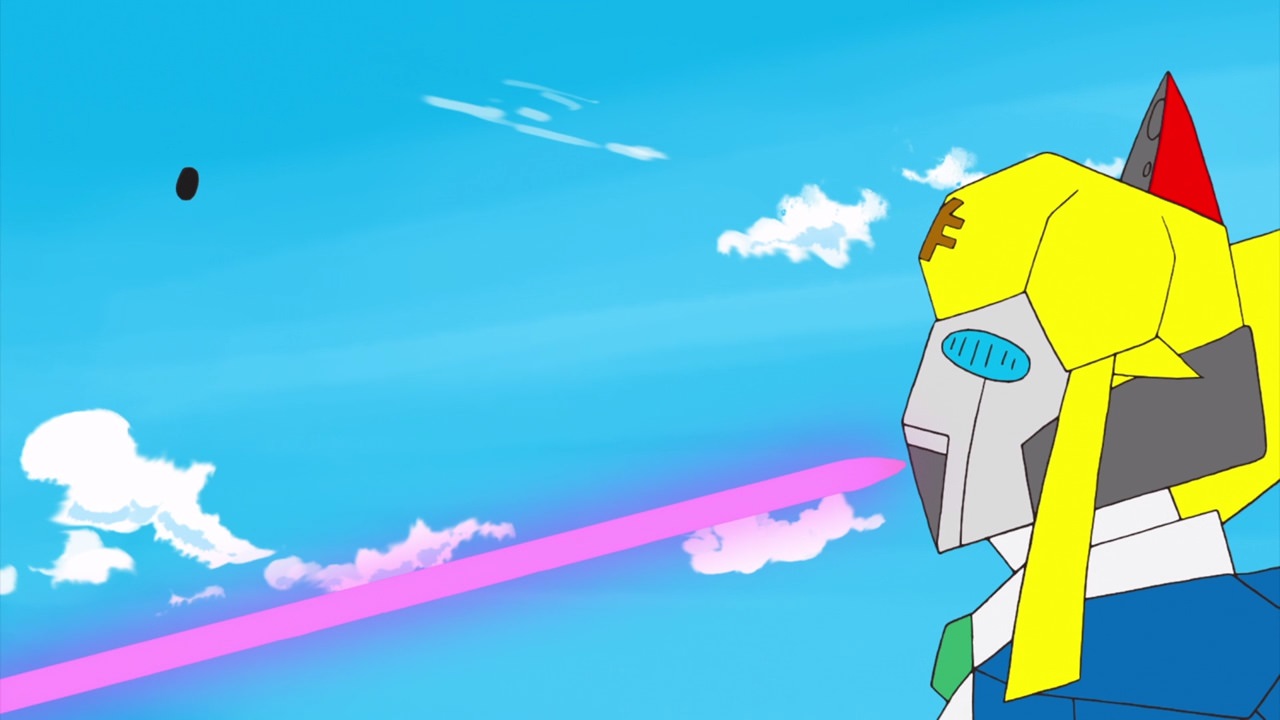 Now while the show looks like crap, the anime club did a lot of effort in order to entertain the audience. 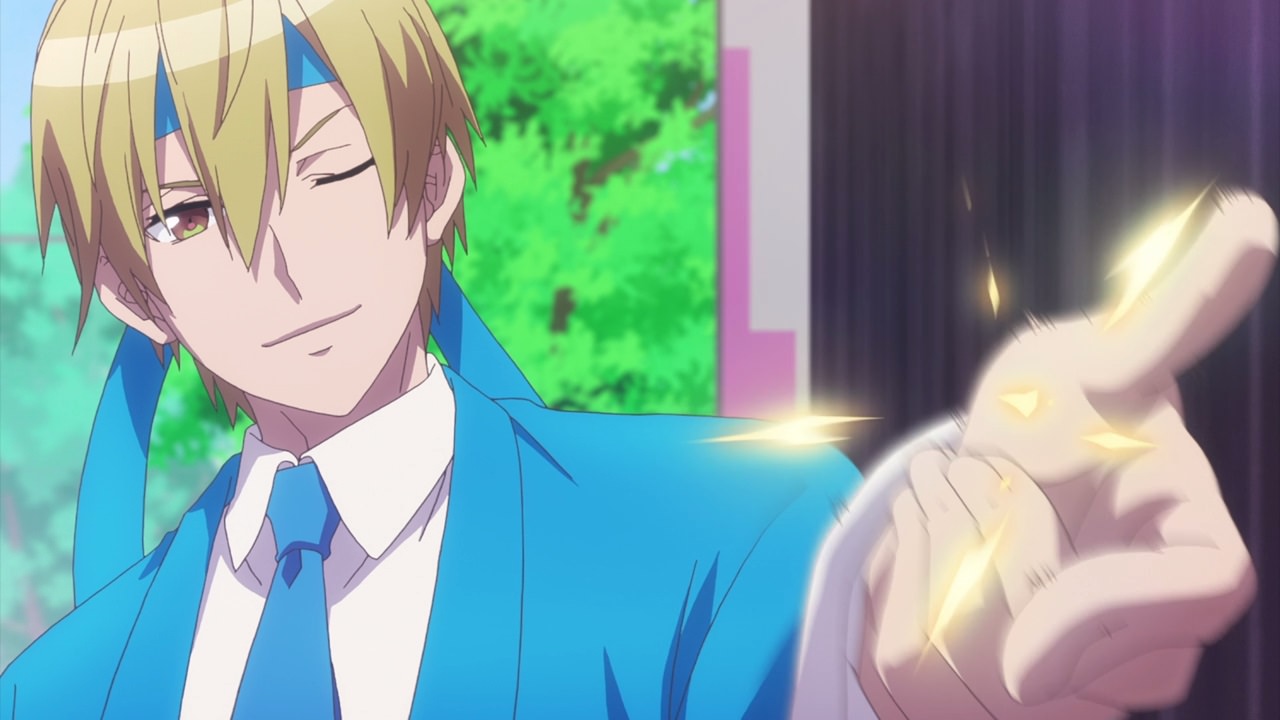 And if it wasn’t enough, Kouki Nakano has something to show at the end of the short anime. By the way, it doesn’t have an ending sequence.

In any case, Nakano gives the audience an idol performance… in CGI!

Well actually, it’s just the girls performing the ending theme of Animegataris. Yeah, they went cheap by borrowing the ending song, but it’s better than having none. 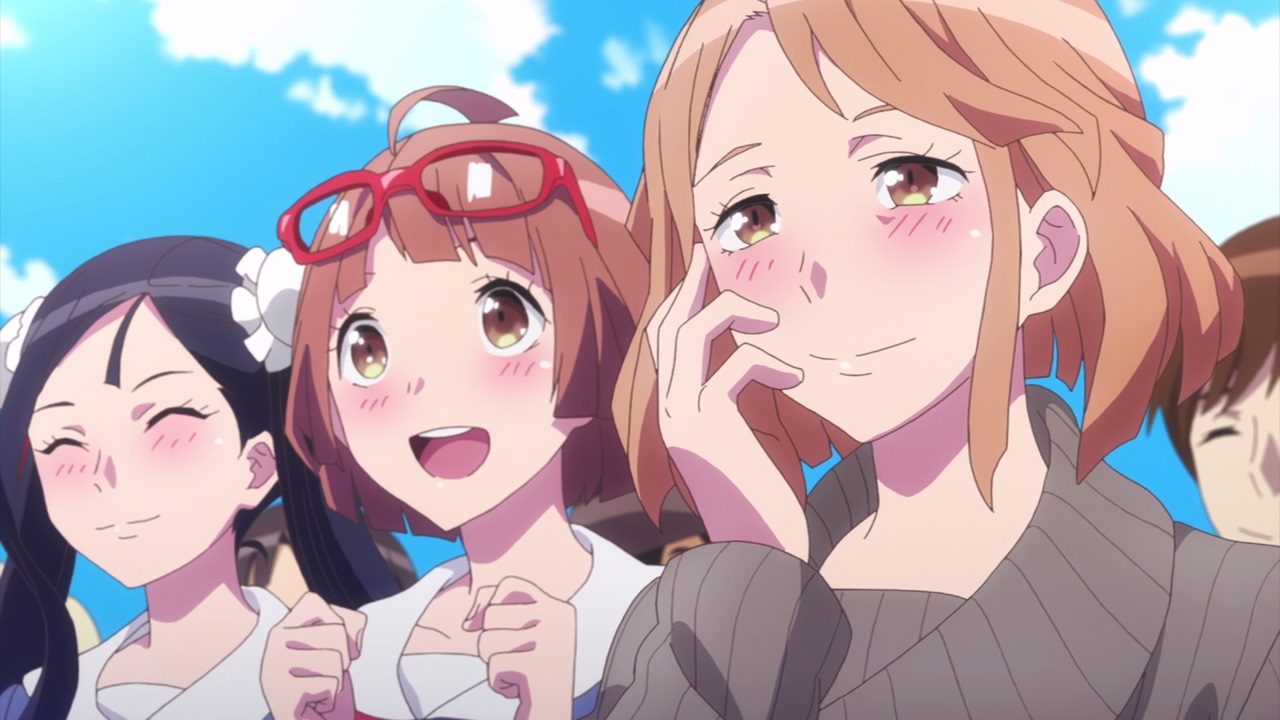 In any case, the audience loved it despite the student council throwing a spanner during the anime club’s production of their short anime.

Gotta say that Minoa Asagaya and her club buddies have made the impossible… possible! 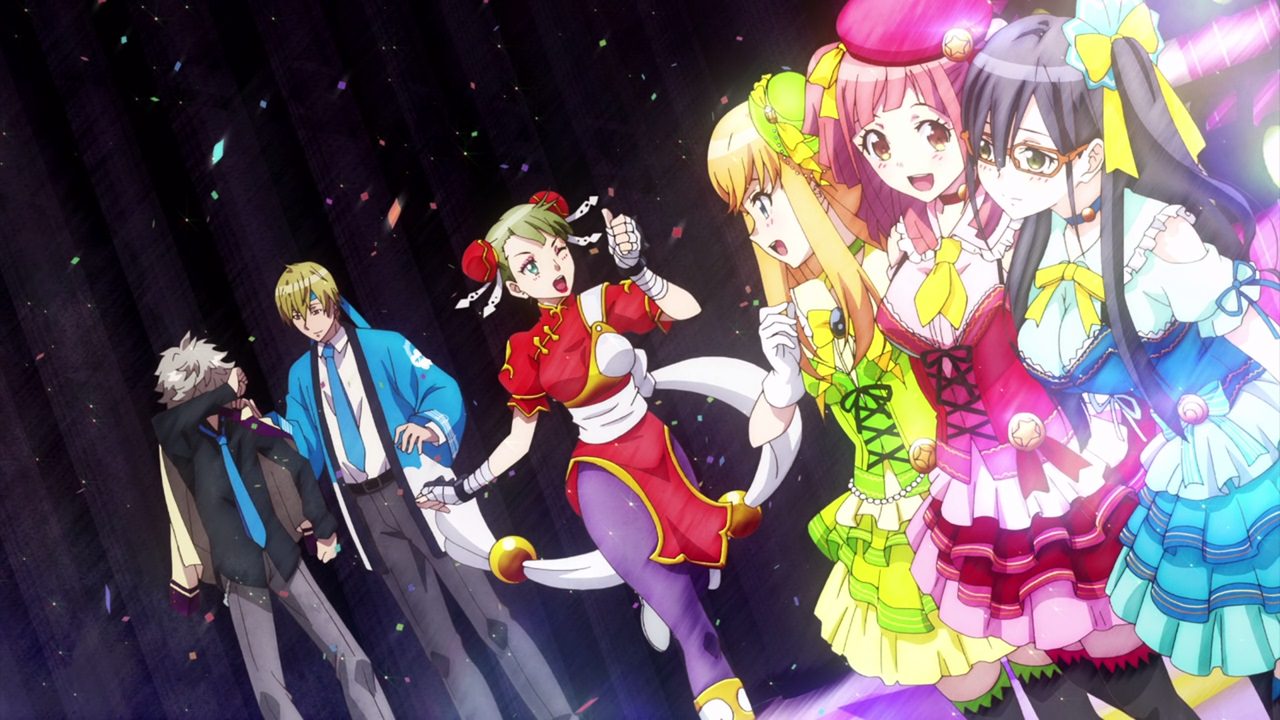 Well then, it’s time for the anime research club to celebrate their achievement. Man, I’m so proud of them! 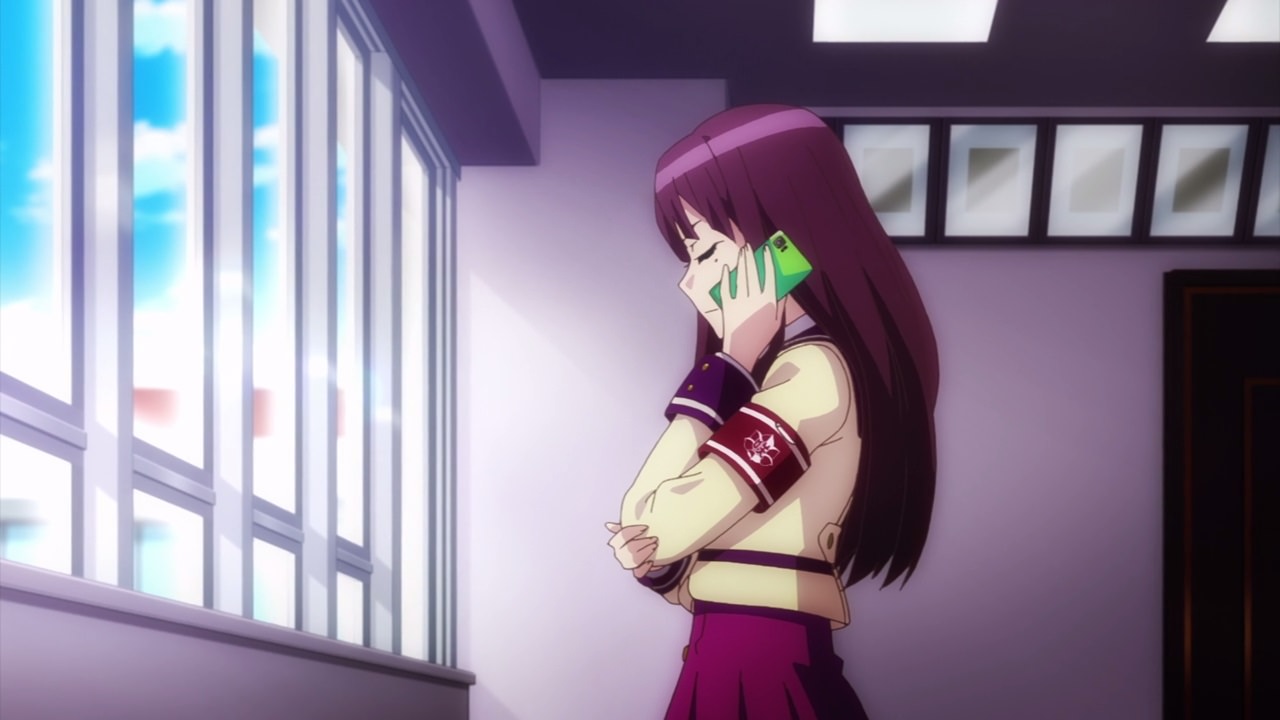 Meanwhile, it appears that Tsubaki Akabane and the student council has failed yet again to stop the anime research club as she reported it to the mysterious mastermind… 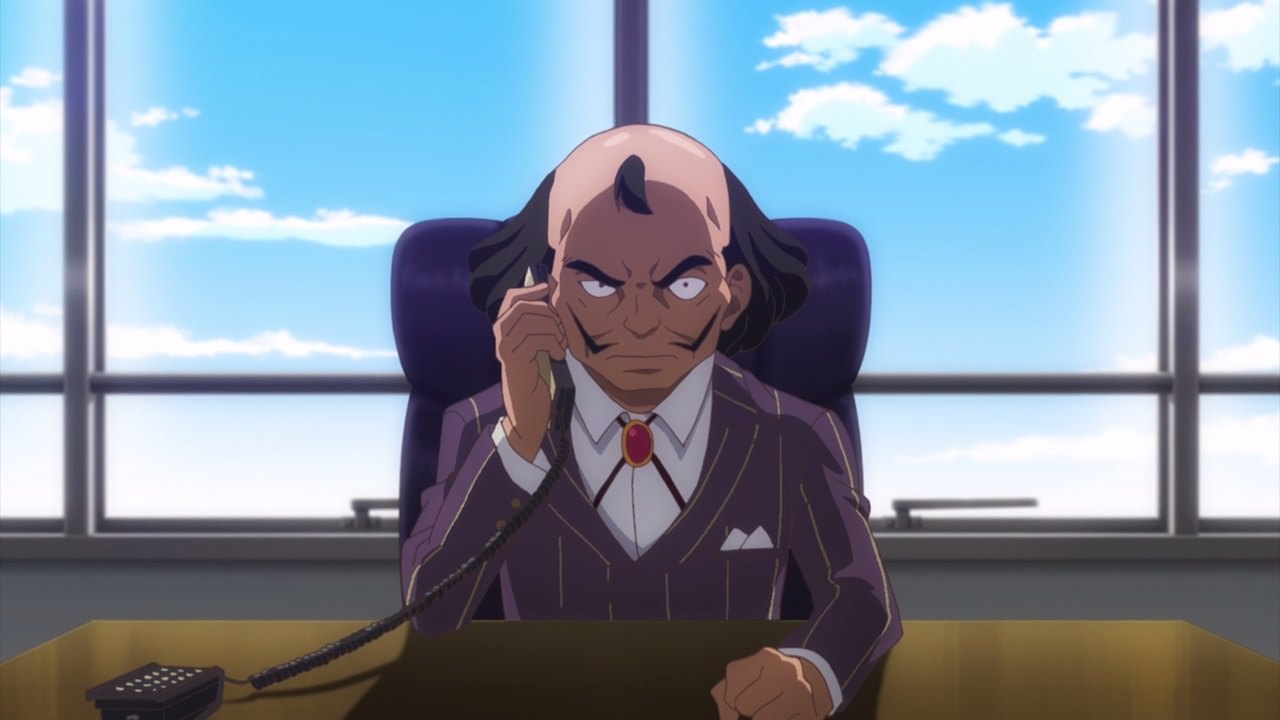 …which turned out to be the principal of Sakaneko Academy. Yeah, looks like this final boss has finally showed up!

Anyways, I’ll see you next time and I’m hoping that the anime research club will survive for another day.