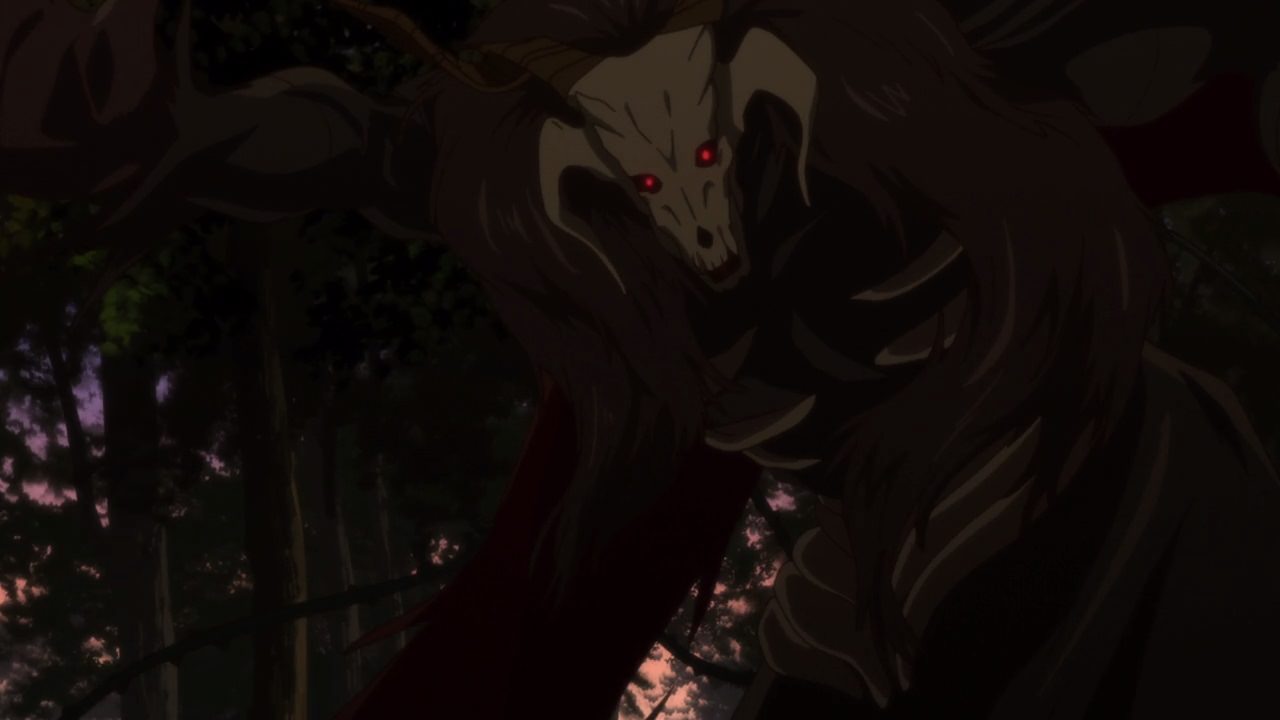 Hey everyone, I have to say that Elias Ainsworth is furious at that silver-haired sorcerer at the moment.

I mean, the Thorn Mage doesn’t like hurting Chise Hatori so he changed his form into a hideous one! 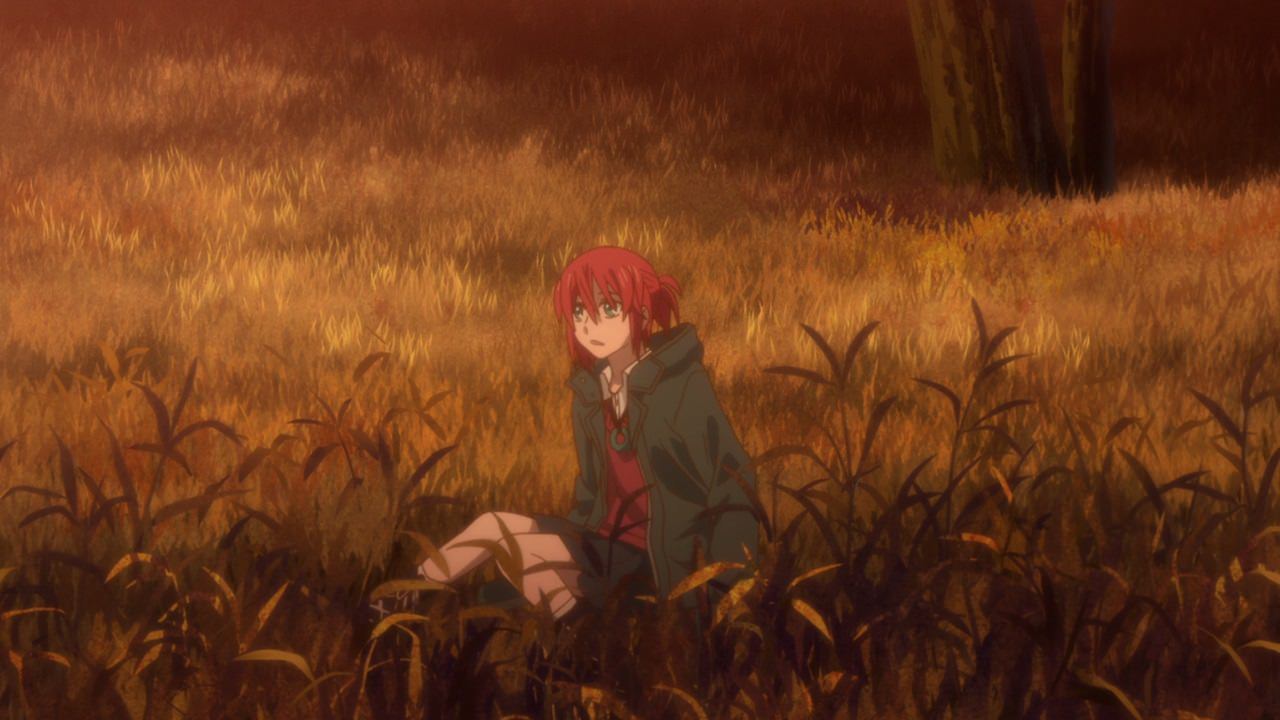 Meanwhile, Chise Hatori is having another dream sequence as she saw one of Ulysse’s memories. 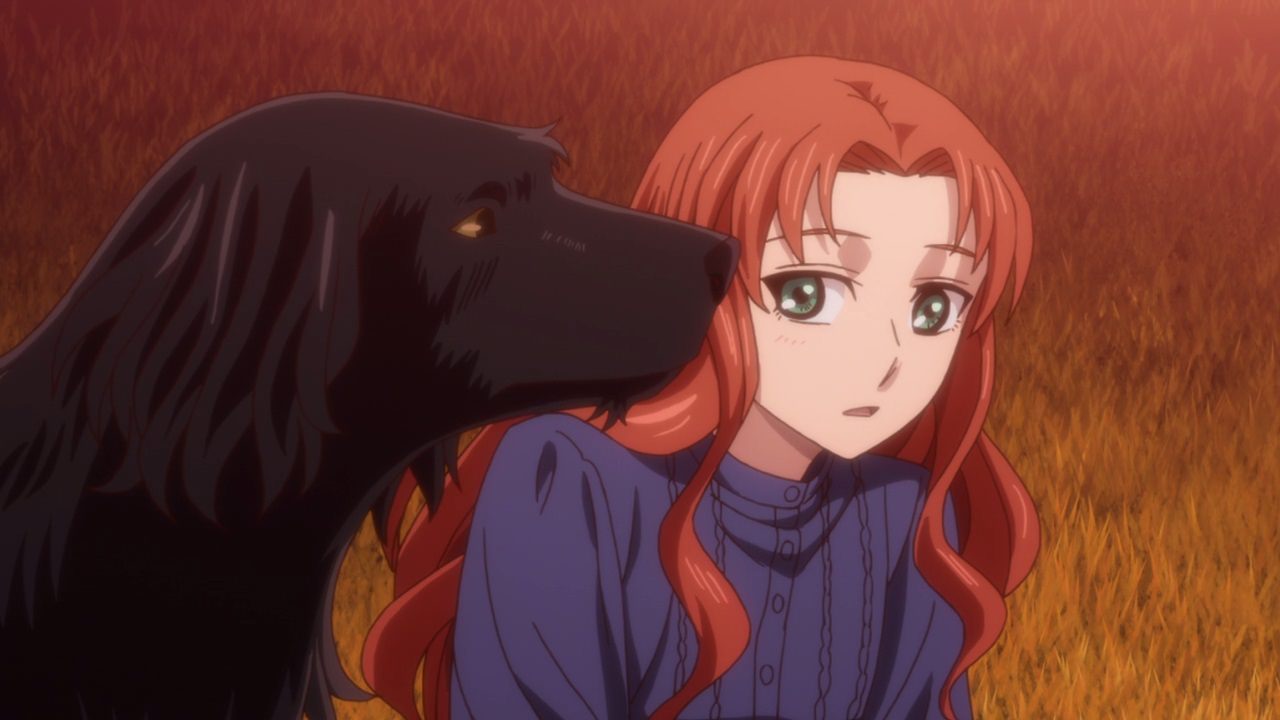 As you can see, Ulysse is very close to Isabelle that they’re inseparable. Unfortunately, Isabelle died from an accident and Ulysse couldn’t let go of it. 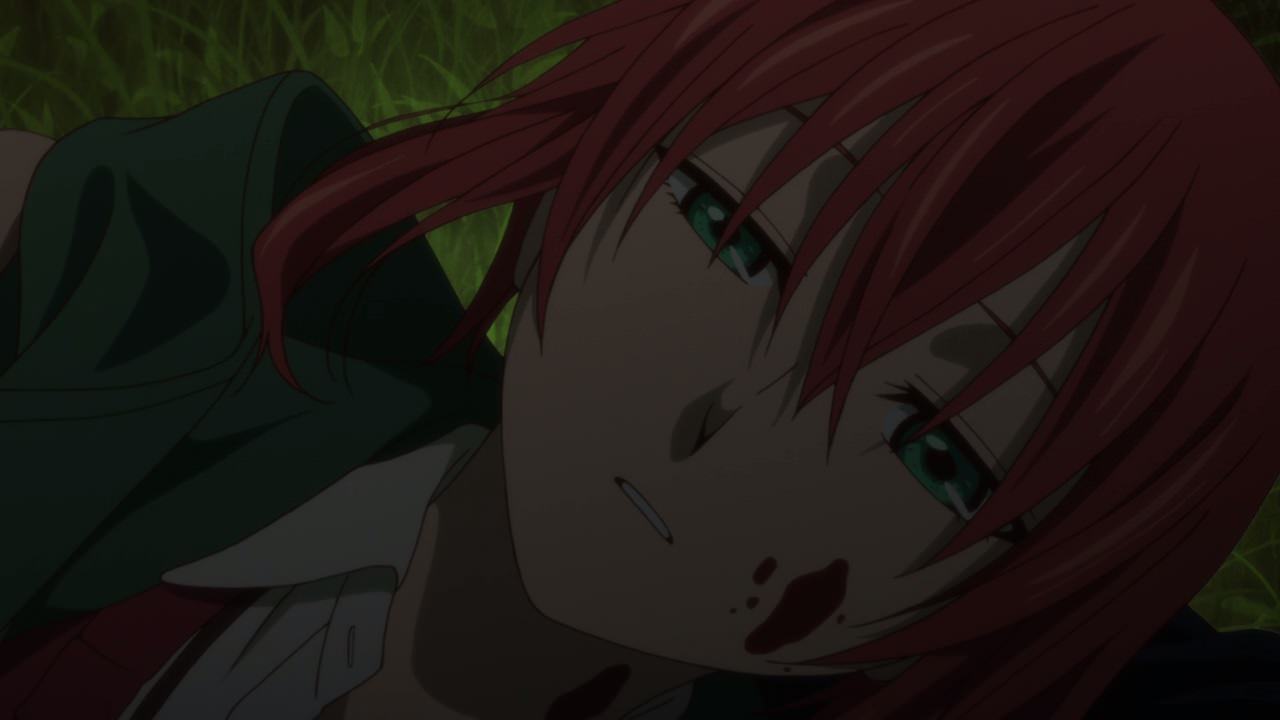 Anyways, it’s time for Chise to wake up and I have to say that she’s alright. Then again, I’m worried that her body will crumble since she’s a Sleigh Beggy after all. 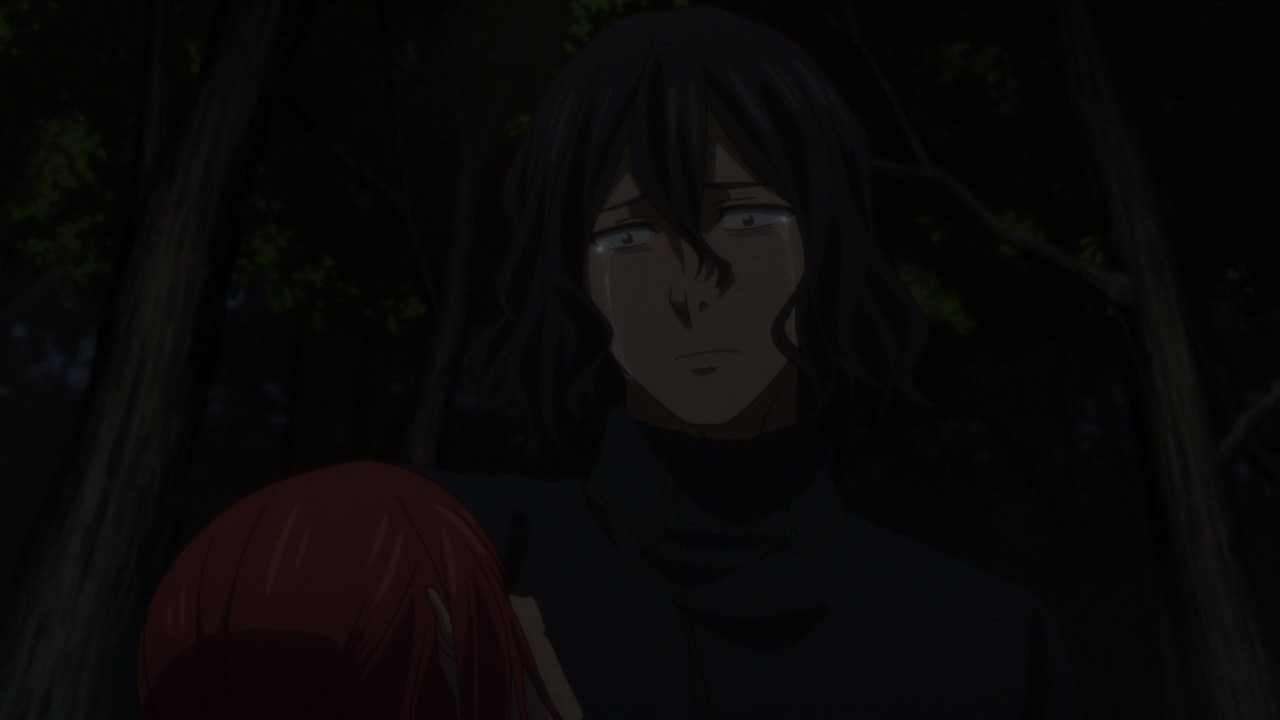 Still, Ulysse felt a sigh of relief that Chise Hatori is alive. However, this episode is not yet over because we have a rampaging Thorn Mage… 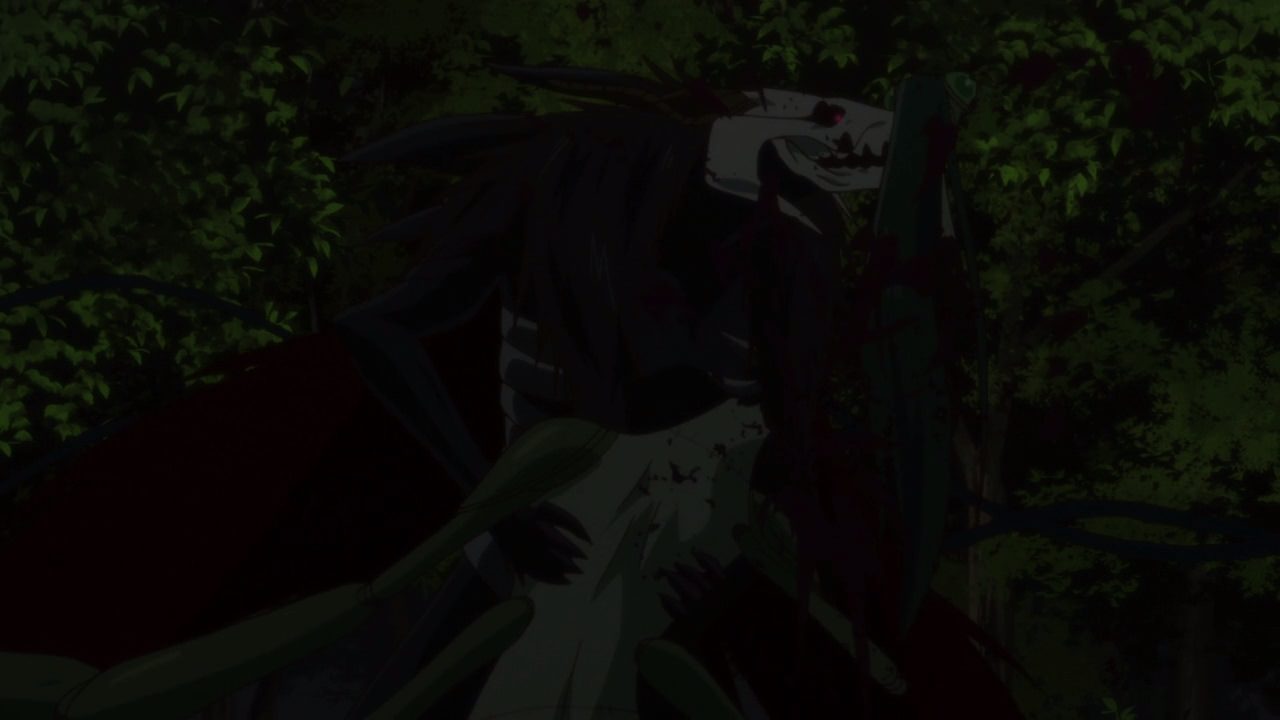 …as Elias Ainsworth is dismantling this chimera until it’s gone for good. I have to say that you don’t like Elias when he’s angry. 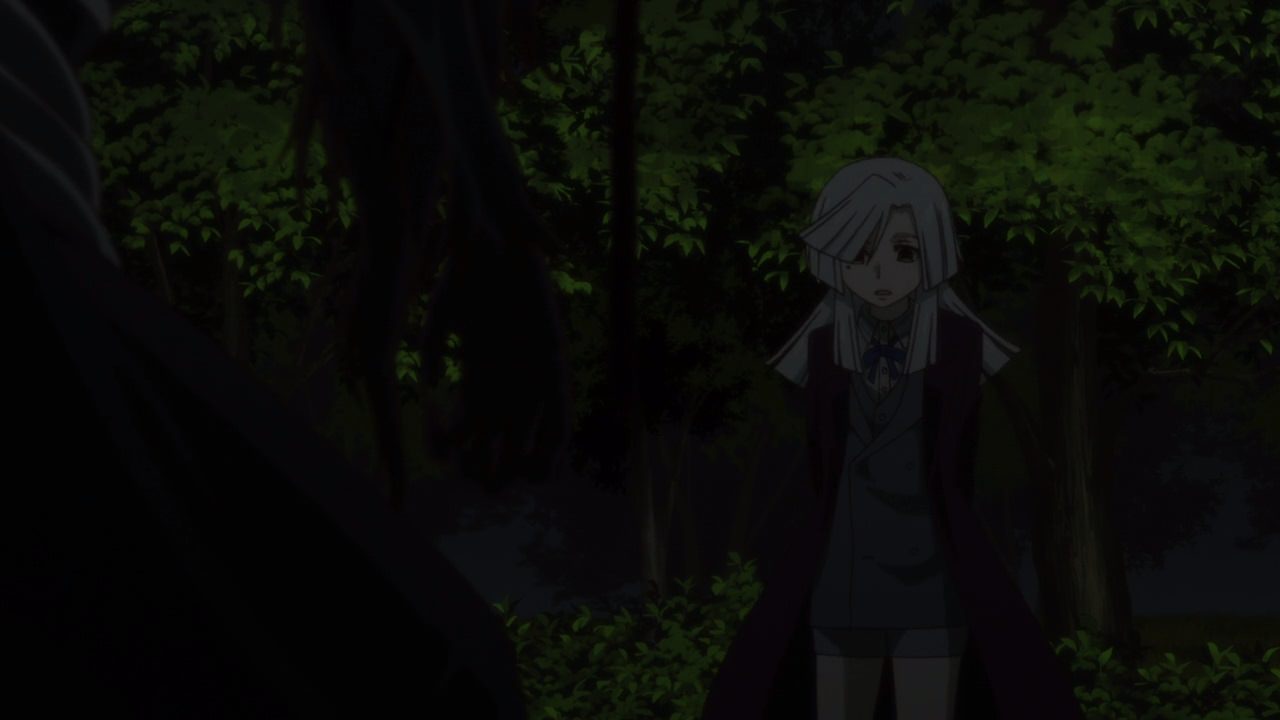 On the other hand, this silver-haired sorcerer, now named as Cartaphilus, felt unfazed as his creation was destroyed by the Thorn Mage.

Of course, his calmness will be shattered when Elias says his original name, which he doesn’t like calling that. But anyways, Cartaphilus is going down. 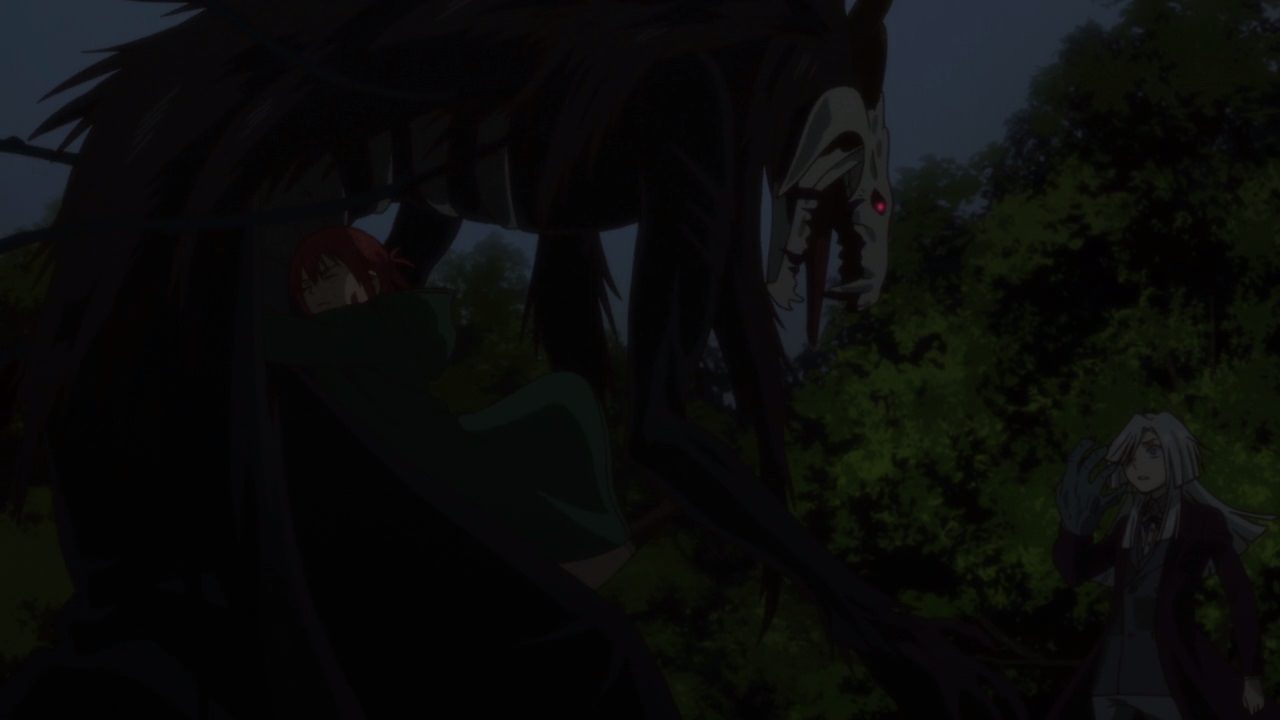 That’s until Chise stopped Elias from losing himself because that’ll be bad if the Thorn Mage stayed in that hideous form forever.

Of course, I wish Cartaphilus would get his comeuppance if it wasn’t for Chise’s interference. 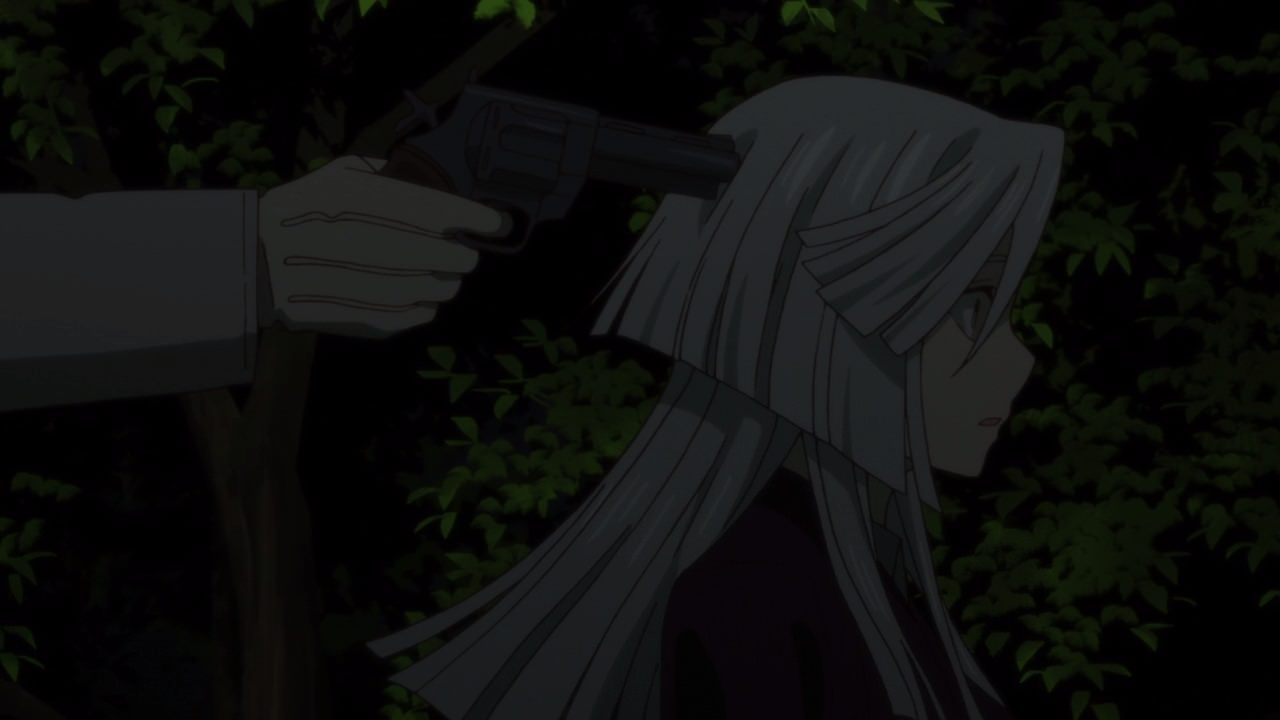 Fortunately, someone would blast this son of a bitch off with a gun… 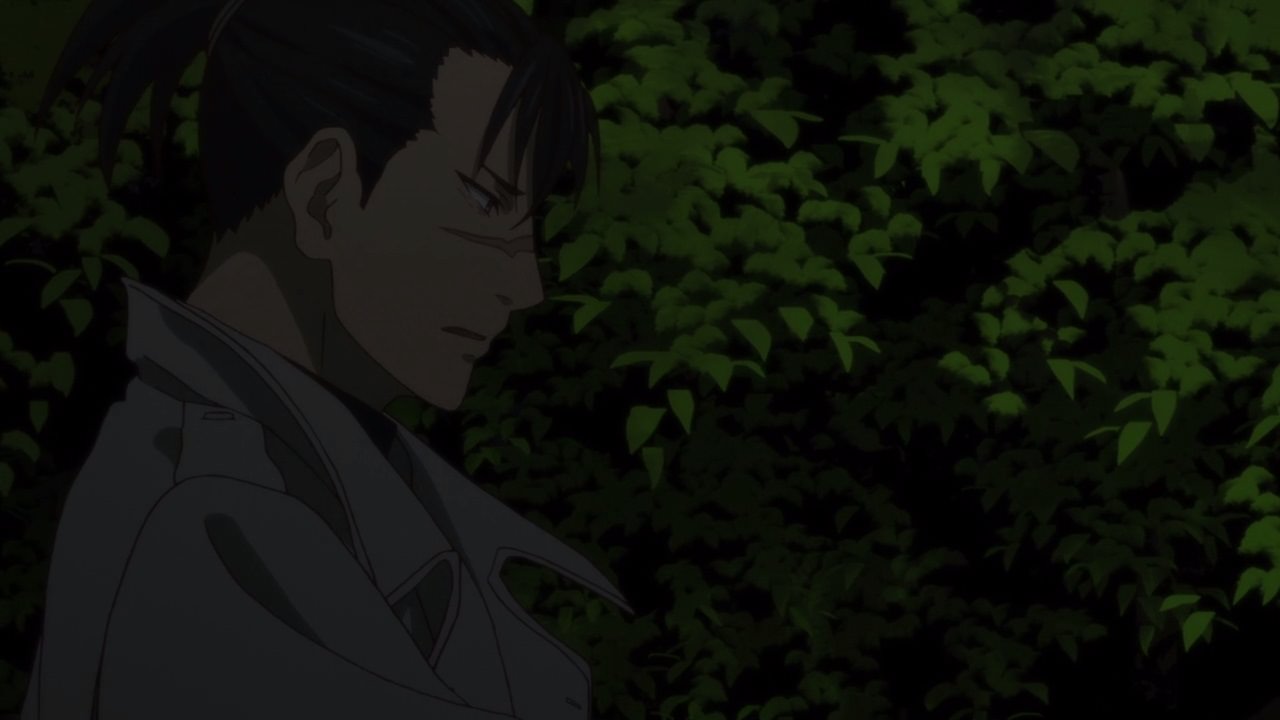 …as Mikhail Renfren is here to give Cartaphilus some payback for taking his arm away. 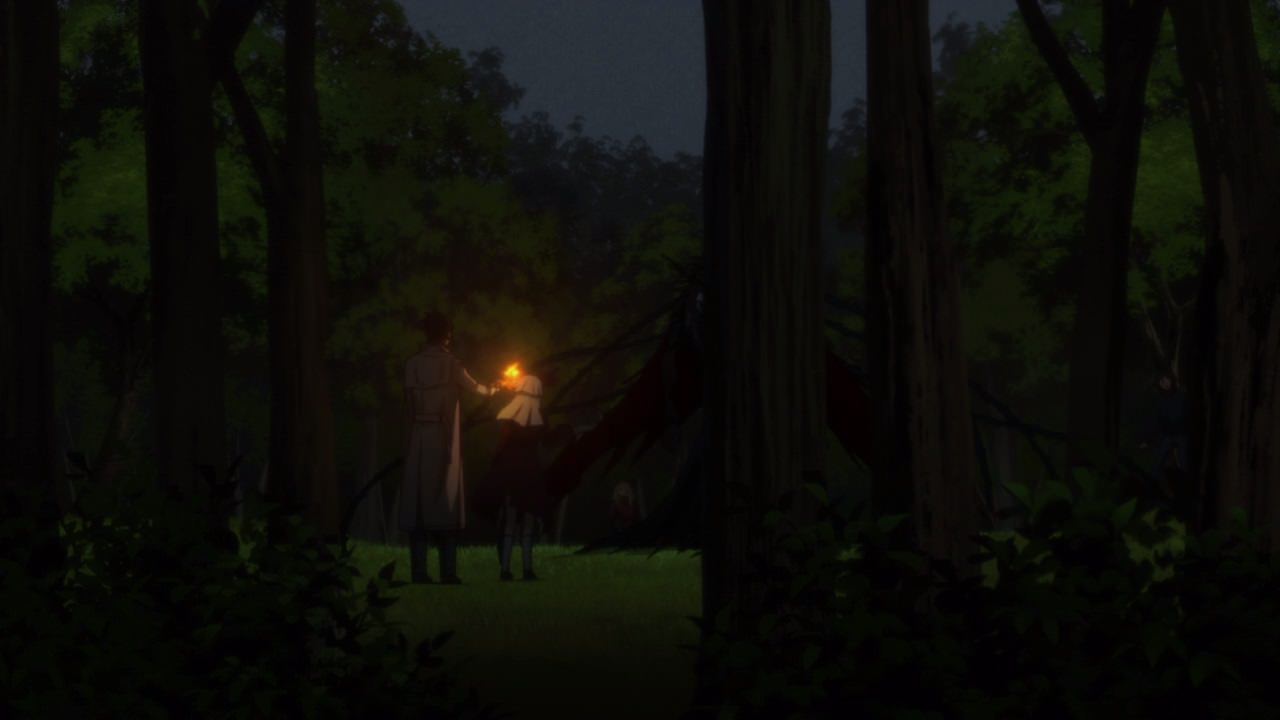 And with that, Cartaphilus is dead with a single headshot.

Oh and to make sure that he’s really dead, Renfred made a special bullet that’ll prevent his regeneration. 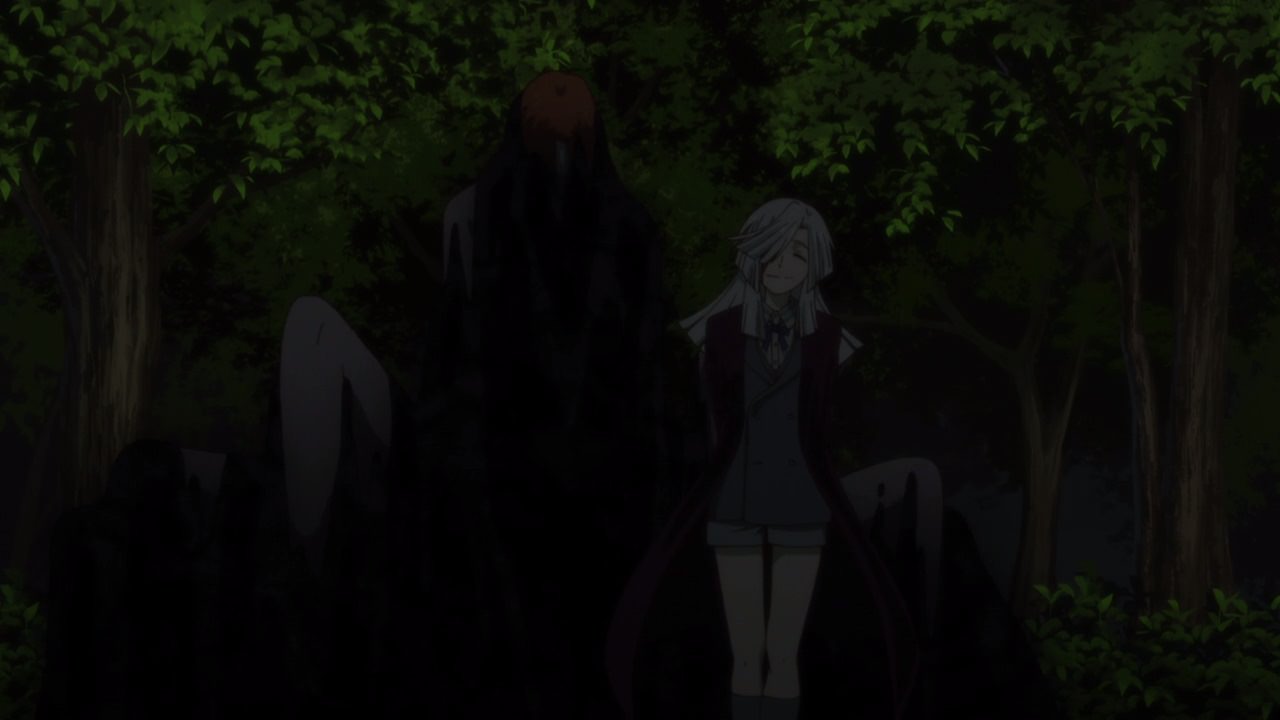 Then again, Mikhail Renfred should have made a stronger bullet as Cartaphilus has returned from the dead. Goddamn him!

Oh, and he brought another chimera in which this one might be very familiar, especially when Ulysse recognize it. 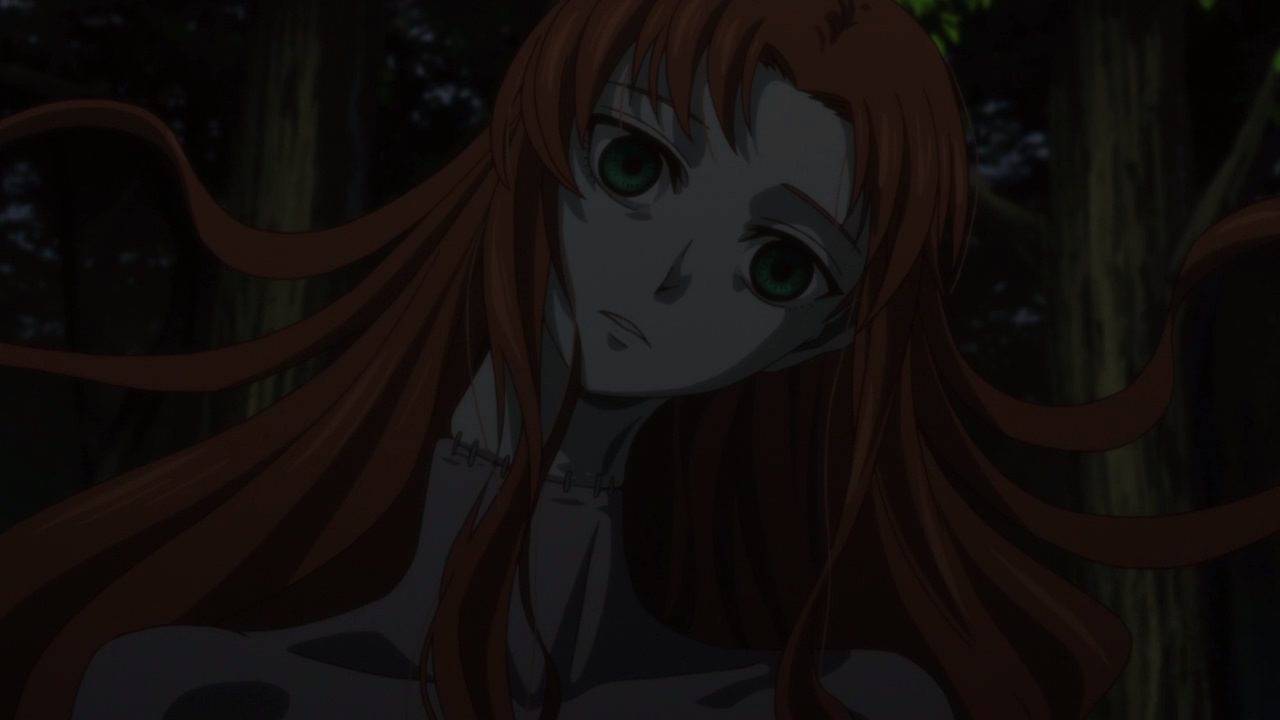 It turns out that the silver-haired sorcerer dug up Isabelle’s grave as used her dead body as one of the ingredients for Cartaphilus’ chimeras.

Yeah, that would definitely piss Ulysse off but you know what, there’s another person who’s also mad at Cartaphilus. 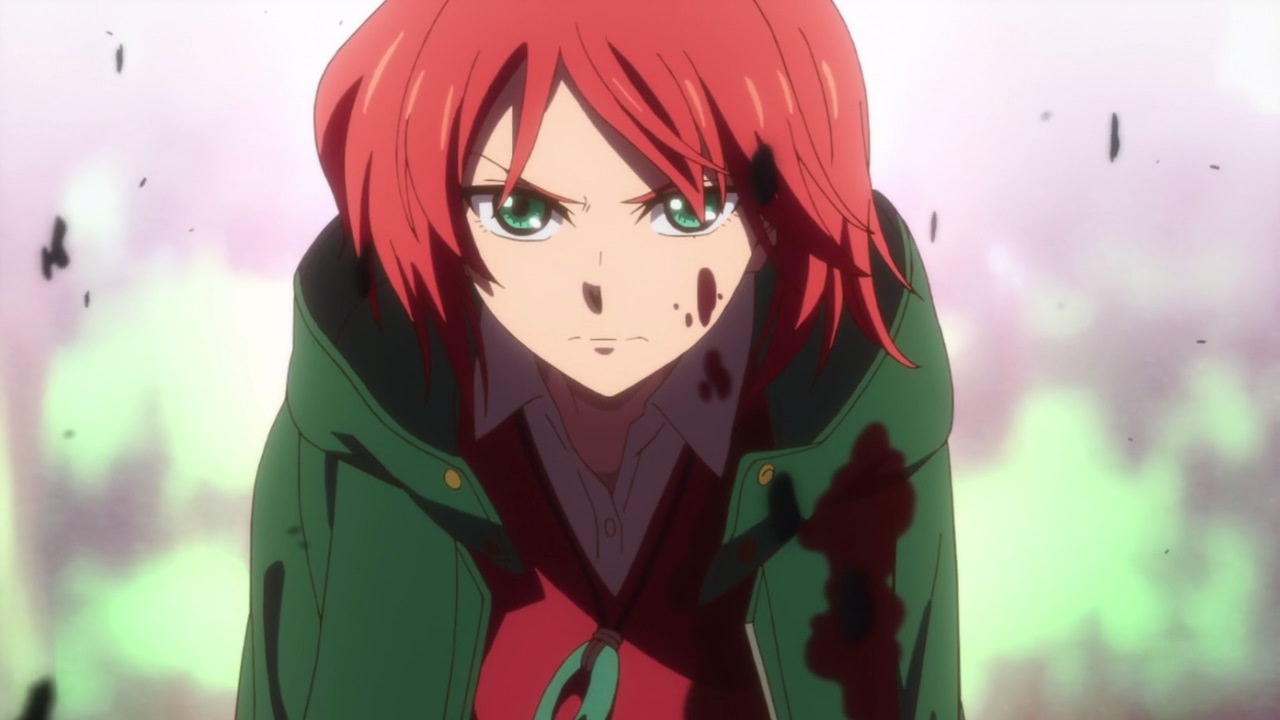 And that’s Chise Hatori as she’s brimming with anger towards him for not only tricking Matthew into killing cats, but also having Isabelle’s body getting exhumed and defiled.

Yeah, she really hates Cartaphilus for messing around with human lives and that’s why Chise is very furious. 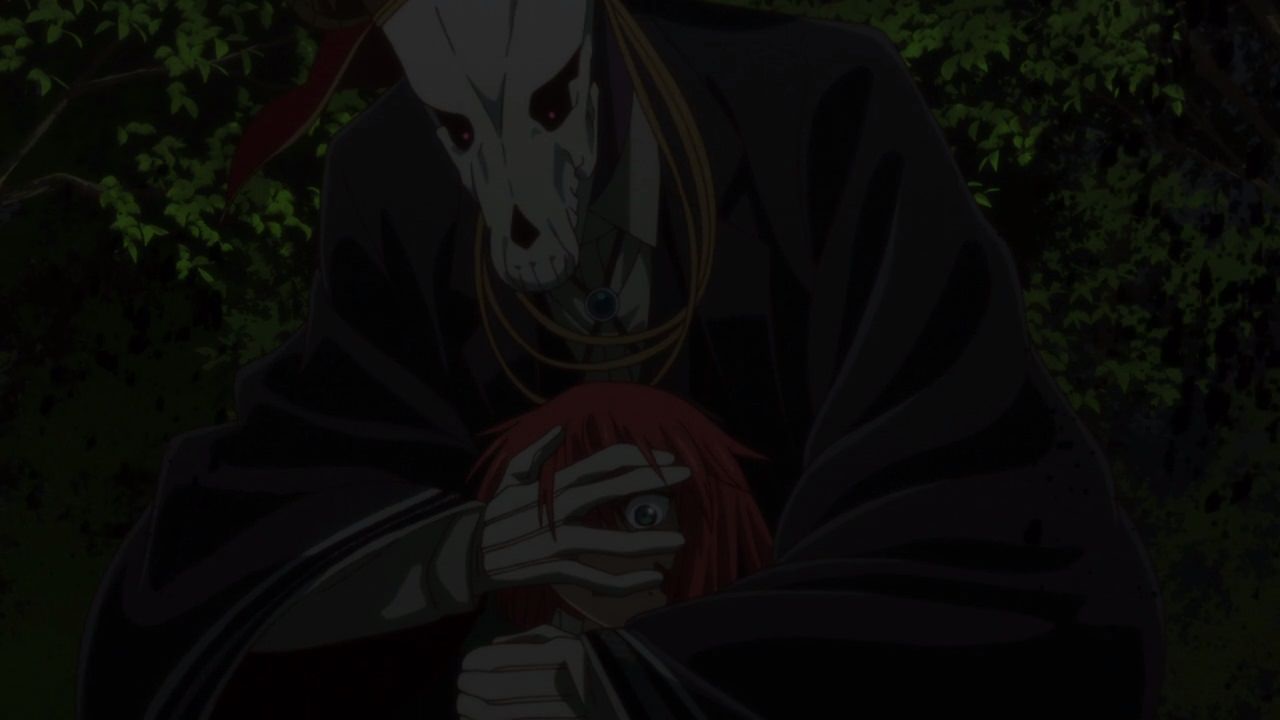 However, Elias Ainsworth stopped Chise from losing herself and having her body explode due to being a Sleigh Beggy.

Well, at least the Thorn Mage did a big favor towards Chise Hatori for stopping his rampage. 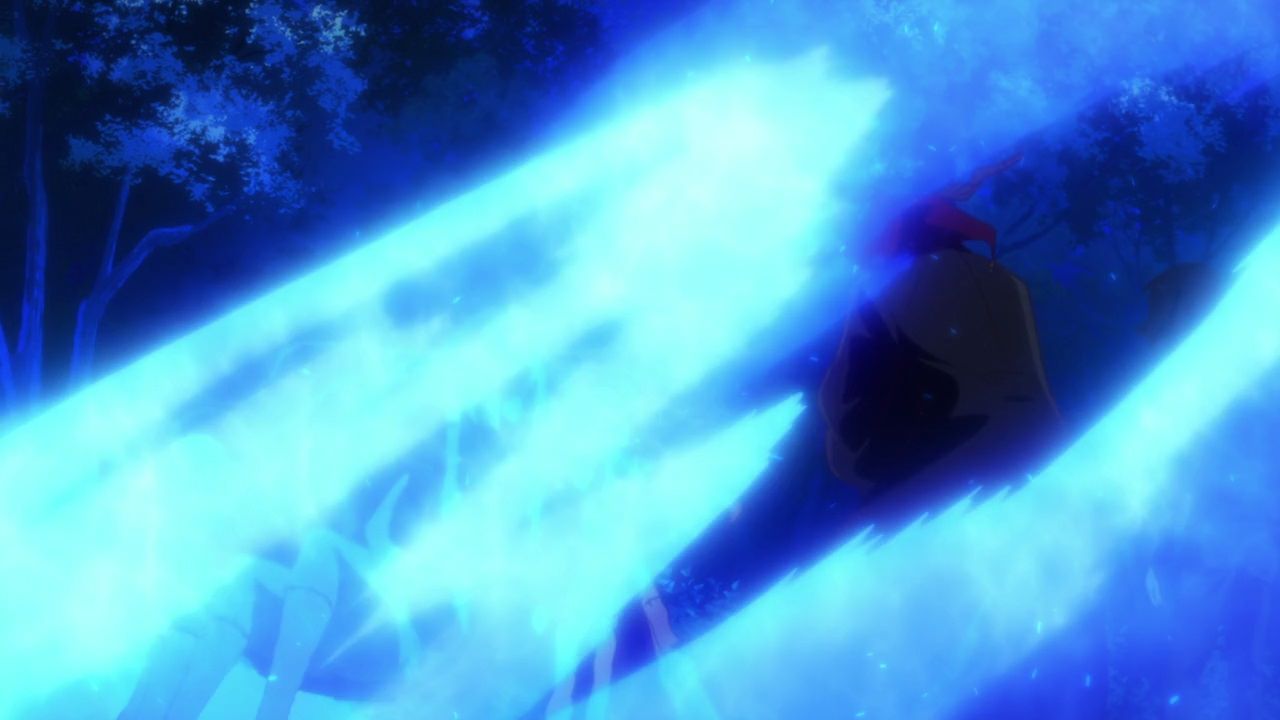 On the other hand, it looks like both Chise and Elias are being surrounded by a circle of blue flame. Scratch that, this blue flame engulfed everybody sans Cartaphilus.

Fortunately though, it doesn’t burn them to death as this blue flame transporting them to another area. 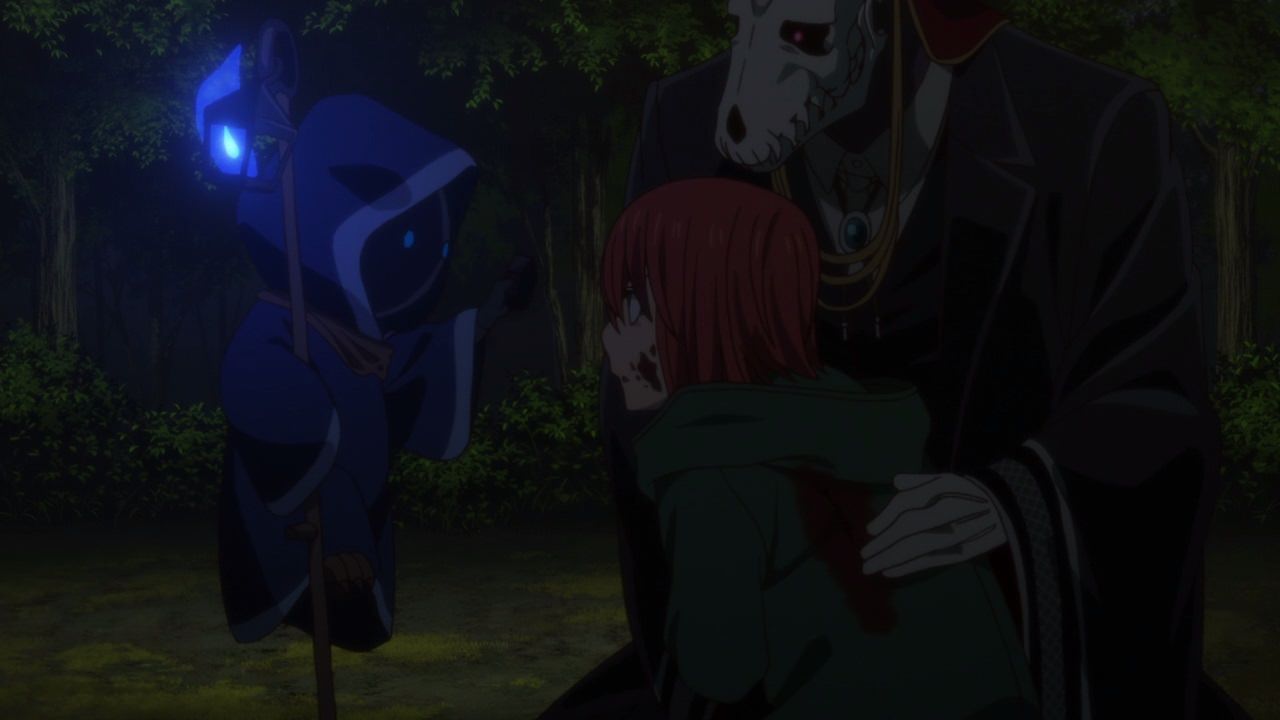 And this is the person who transported them into another area named Blue Flame, a Will-O’ Wisp who patrols the forest from robbers.

Gotta say that it was a good timing that a Will-O’ Wisp helped them on getting out of this sticky situation. Unfortunately, it doesn’t last long however…

…as Cartaphilus caught up with them. Seriously, I need to punch this guy for desecrating Isabelle’s corpse! 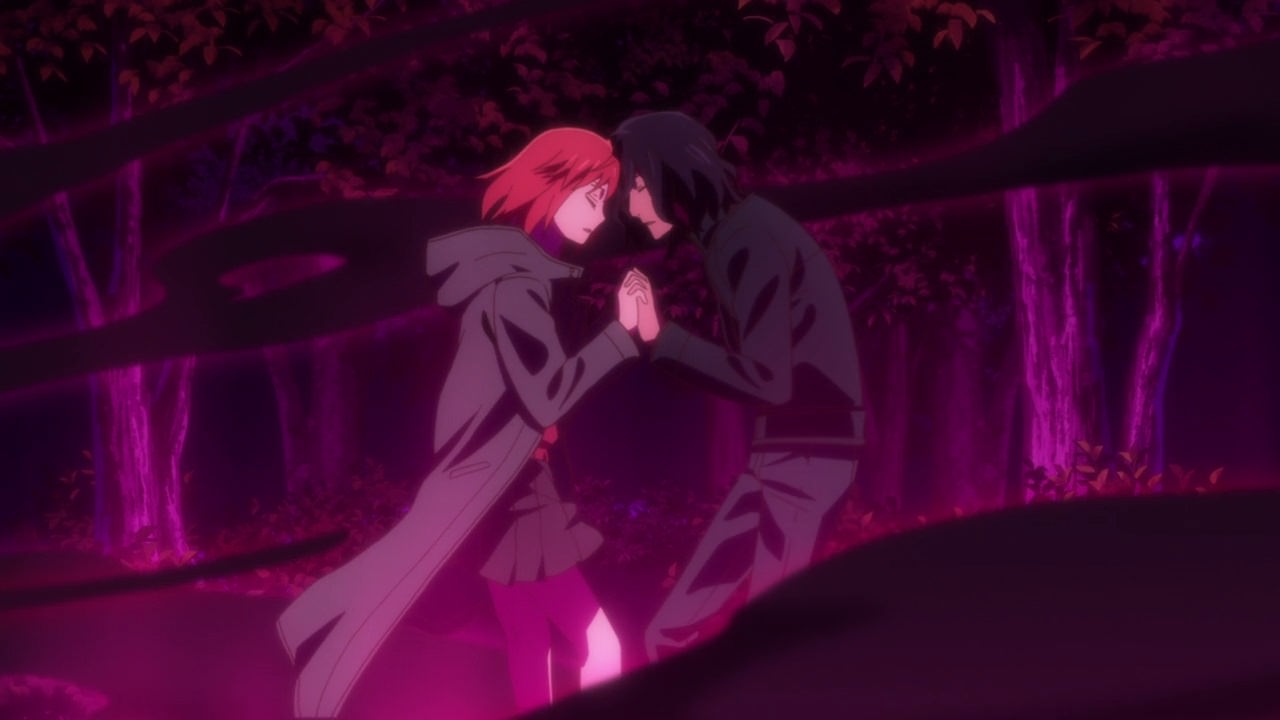 Fortunately, it looks like Ulysse has decided to make a pact with Chise Hatori in order to stop the chimera without resorting to either Elias’ horrible transformation or Chise’s fury that’ll potentially destroy the laws of nature.

Then again, making a pact with Chise has some drawbacks as the church grim will die if she lost her life. Still, that didn’t bother Ulysse much as he’s prepared for the inevitable. But now that Chise has the black dog as her familiar, it’s time to give him a new name. Hmm, how about she call him as Ruth from now on. 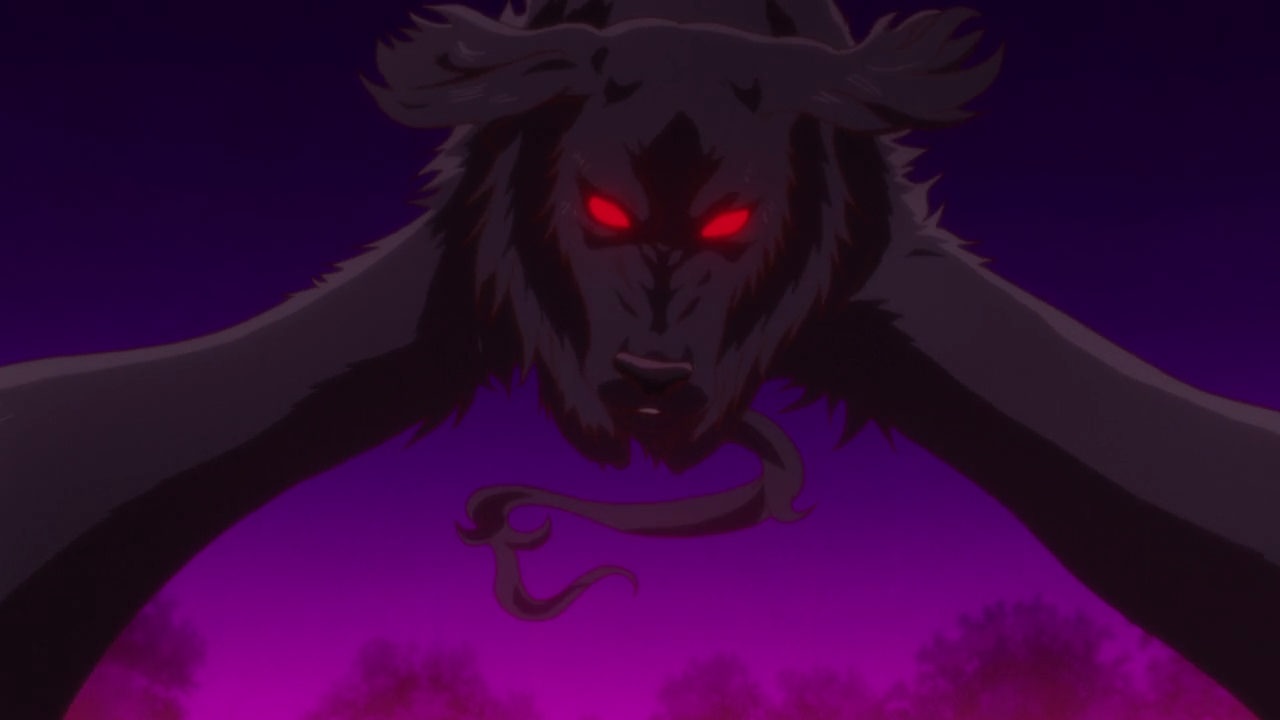 Anyways, Uly- I mean Ruth will carry his duty as Chise Hatori’s familiar…

…by stopping the chimera. Oh, and he’s not gonna cut this chimera into pieces as Ruth will take Isabelle’s body from this abomination.

With that said, Ruth says goodbye to Isabelle as he puts her body to rest for good. Gotta say that he’s finally moved on from his old companion. 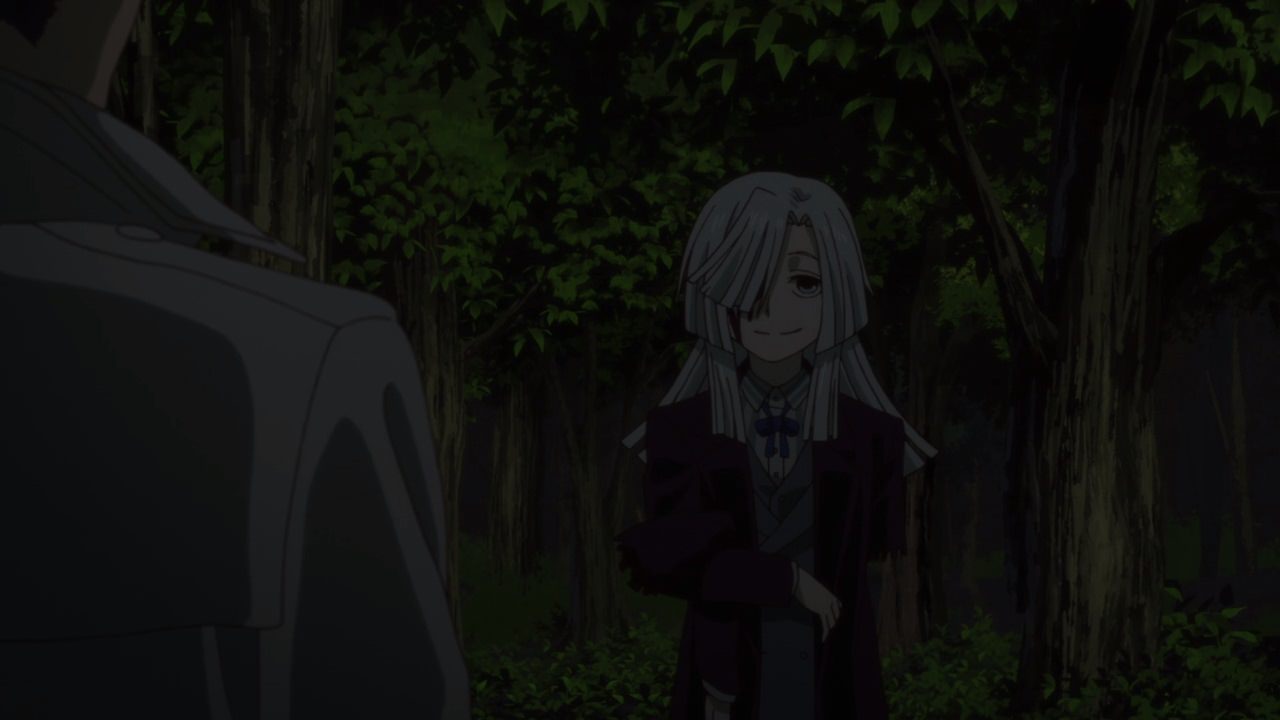 But as for Cartaphilus, it seems that he had enough of fun messing around with the Thorn Mage so he decides to take his leave.

Oh, and he’s now calls himself as Joseph because he hated being called by his original name. What a bastard! 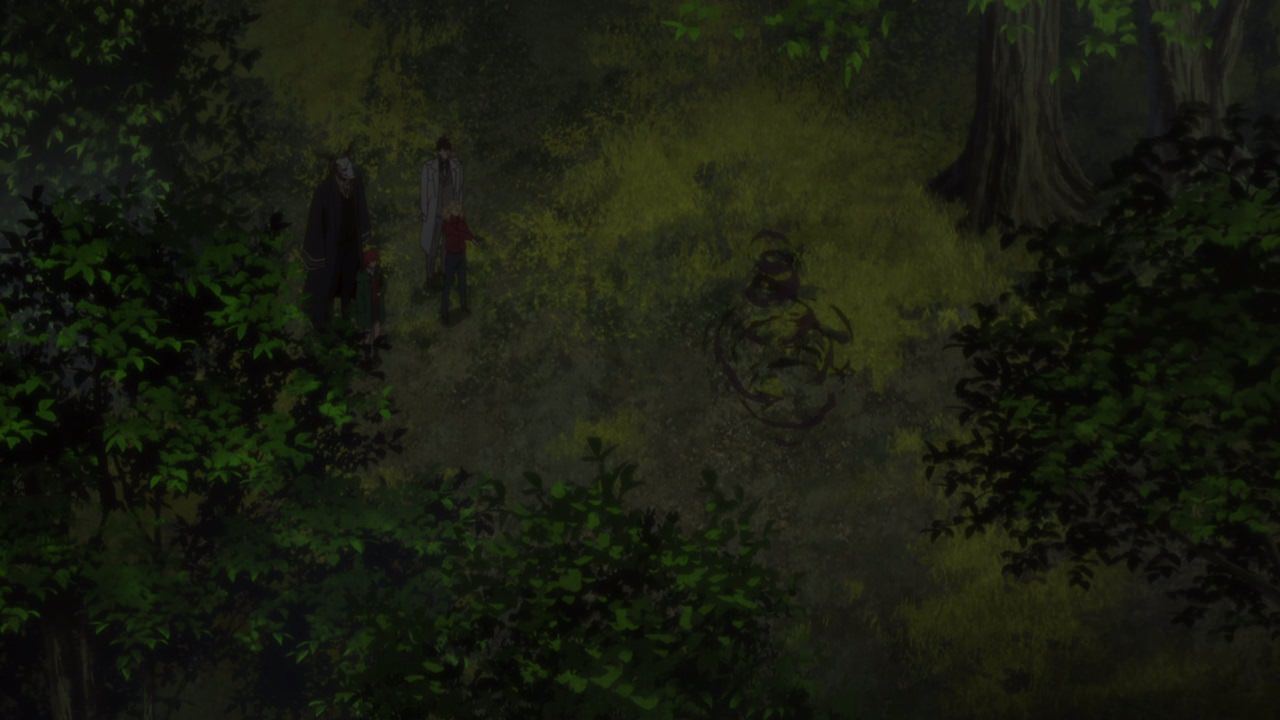 Anyways, Carta- I mean Joseph has left the scene by transforming himself into a puff of smoke.

While we’ll see him again, I want him deader than dead the next time that sorcerer returns! 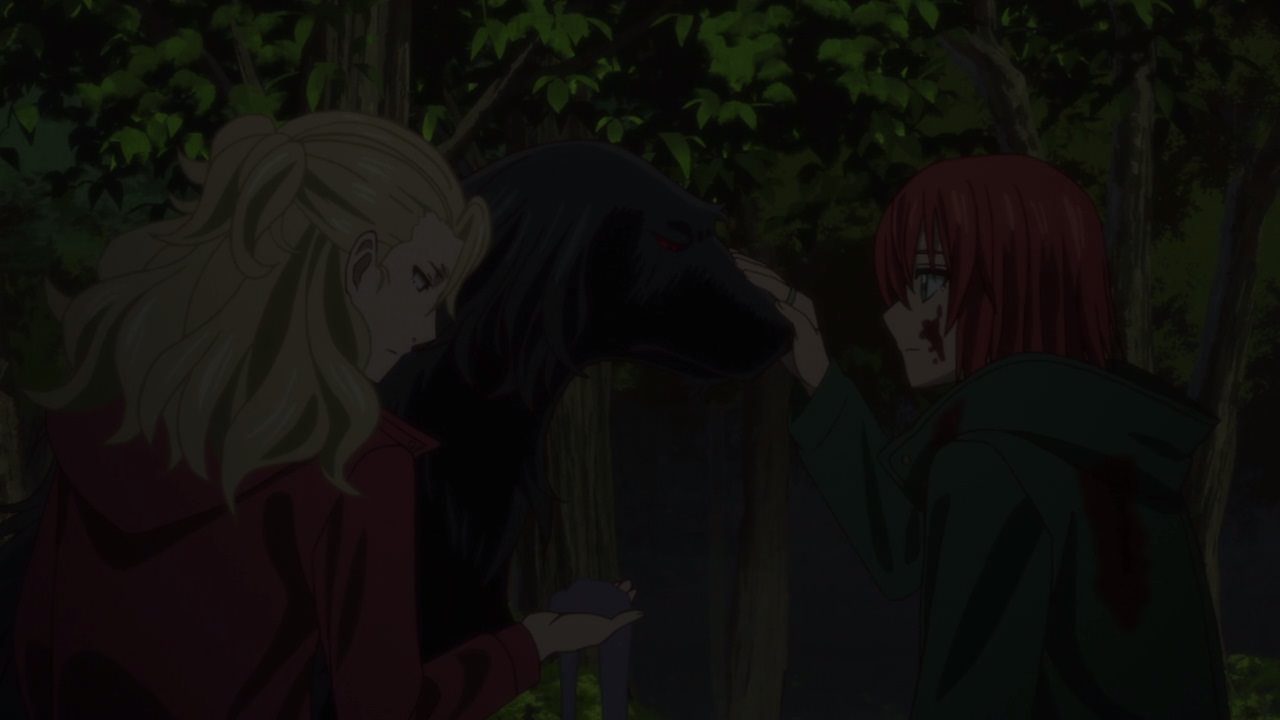 But hey, at least Ruth is safe from becoming a chimera and- Wait, what is Alice doing here to the black dog?

I mean, she might be cuddling the church grim right now but Alice is still dangerous. I think it’s best for Chise to take Ruth away from Alice. 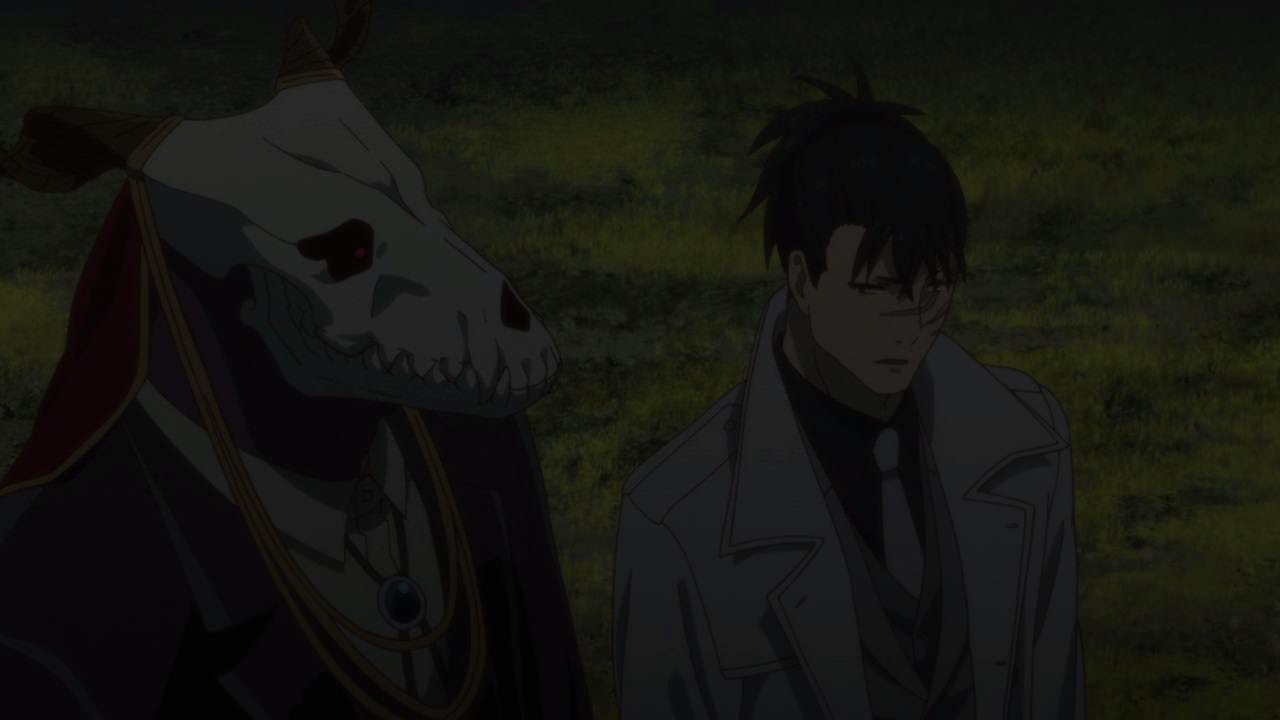 On the other hand, Mikhail Renfred is getting friendly towards Elias Ainsworth, as Renfred asked the Thorn Mage if he met Cartaphilus before? Of course, Elias didn’t remember on meeting with that white-haired sorcerer.

Still, Elias Ainsworth and Chise Hatori will need to be careful from now on as Carta- I mean Joseph might strike again in unsuspected places. With that said, I’ll see you next time and let’s hope that they go home safely together with Ruth!