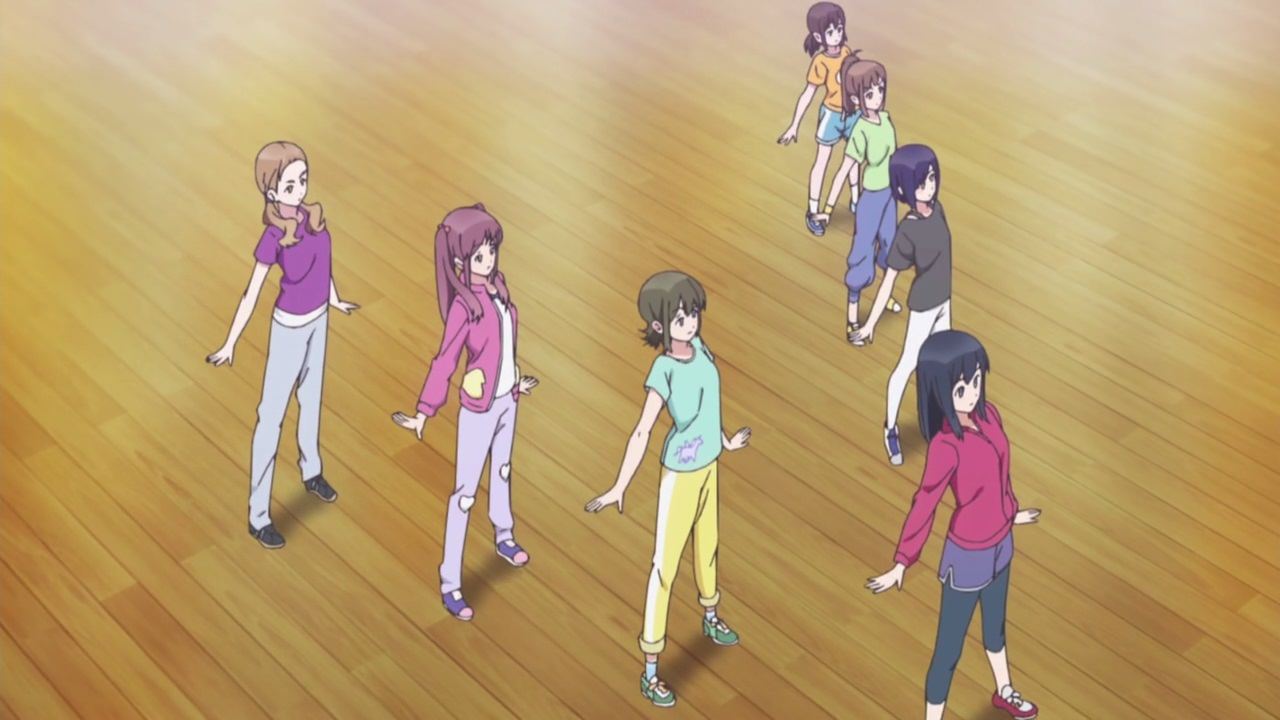 Hey WUGners. Wake Up, Girls! is back after taking a break last week. While these 7 girls are busy with their solo careers, they’re also preparing themselves for the national concert tour.

By the way, this is supposed to be Episode 8 but I’ll designate this one as Episode 7. In fact, the real Episode 7 was actually a talk show/recap where the main cast talked about their journey so far. 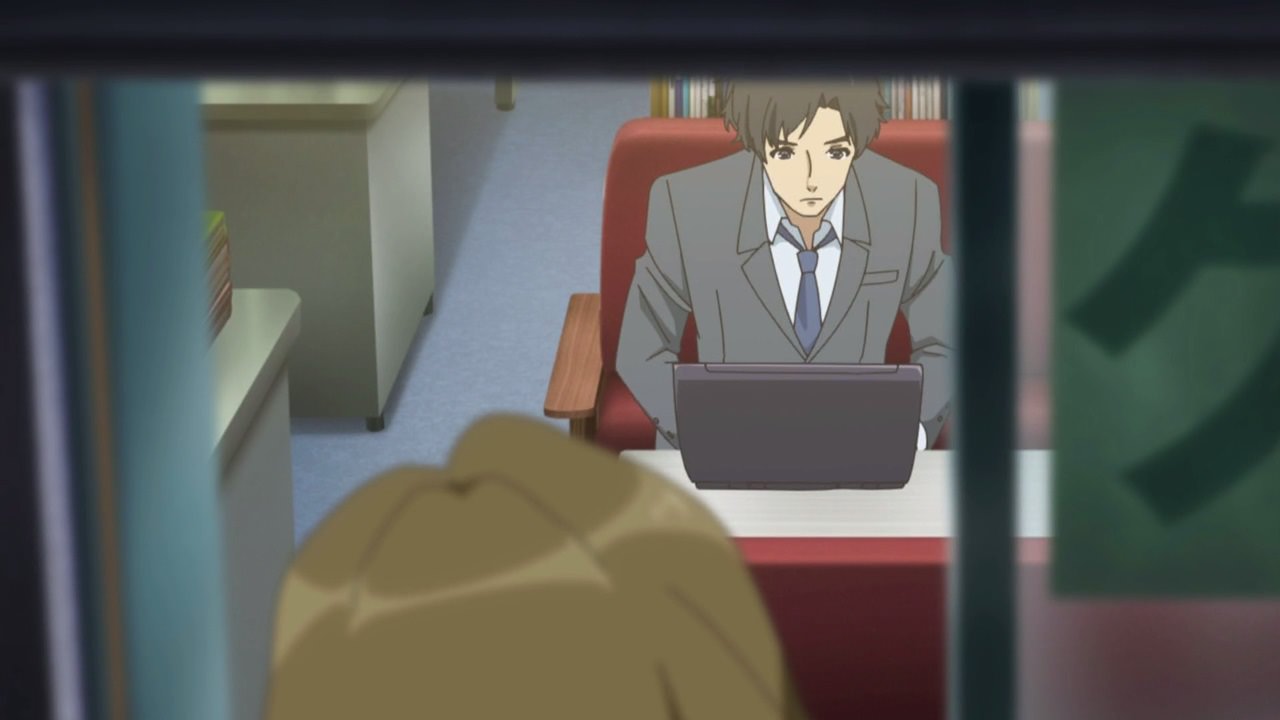 Of course, things are not so looking great leading up to the national concert tour where ticket sales are low. Oh and to make matters worse, the final leg of WUG’s national tour at the Saitama Stadium will clash with I-1 Club’s concert on Christmas Day.

Yeah, Junko Tange won’t like that despite setting the impossible date in the first place. But you know what, it’s not like Green Leaves Entertainment are having a crisis. 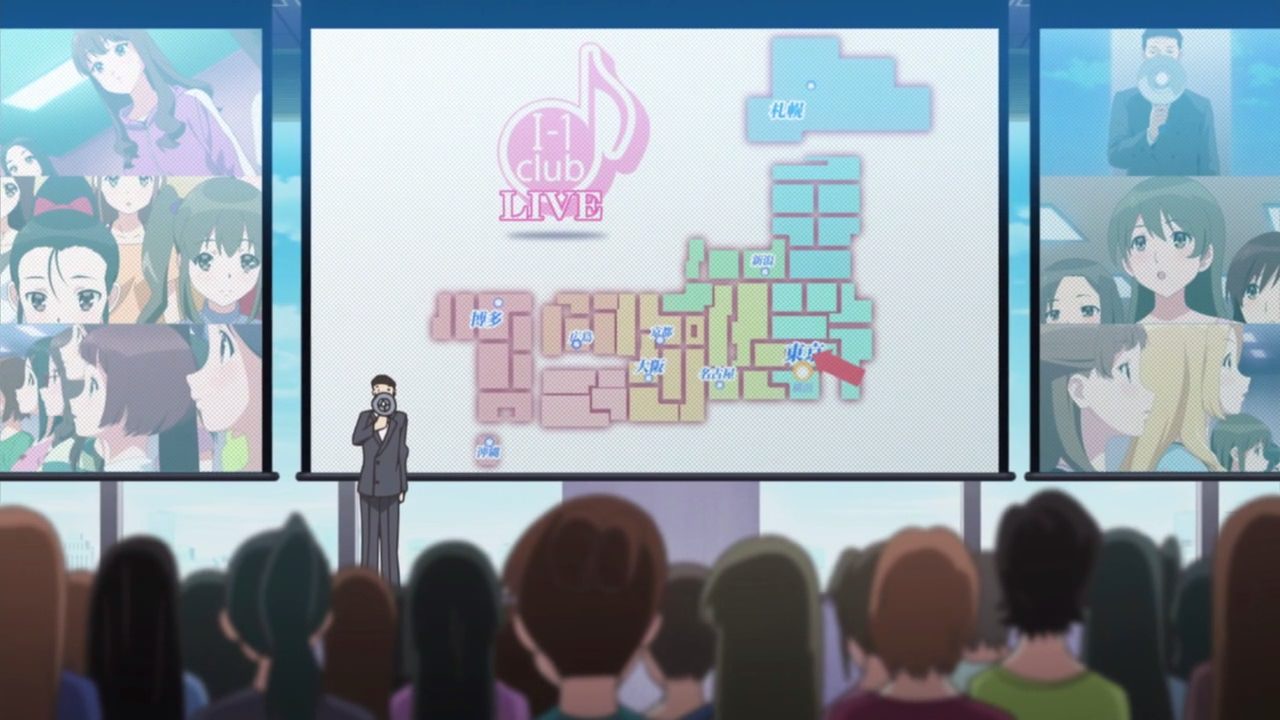 In fact, Tooru Shiraki announced that there would be a major shakeup in the I-1 Club where he’ll create a new mega idol group, featuring the best of the best from the I-1 Club’s roster.

But wait, there’s more because the center position will be changed as Moka Suzuki will be replaced by someone who’s better and far more marketable. We don’t know whether Shiho Iwasaki or someone else will take Moka’s place, but this major rebranding will sent shockwaves across Japan. 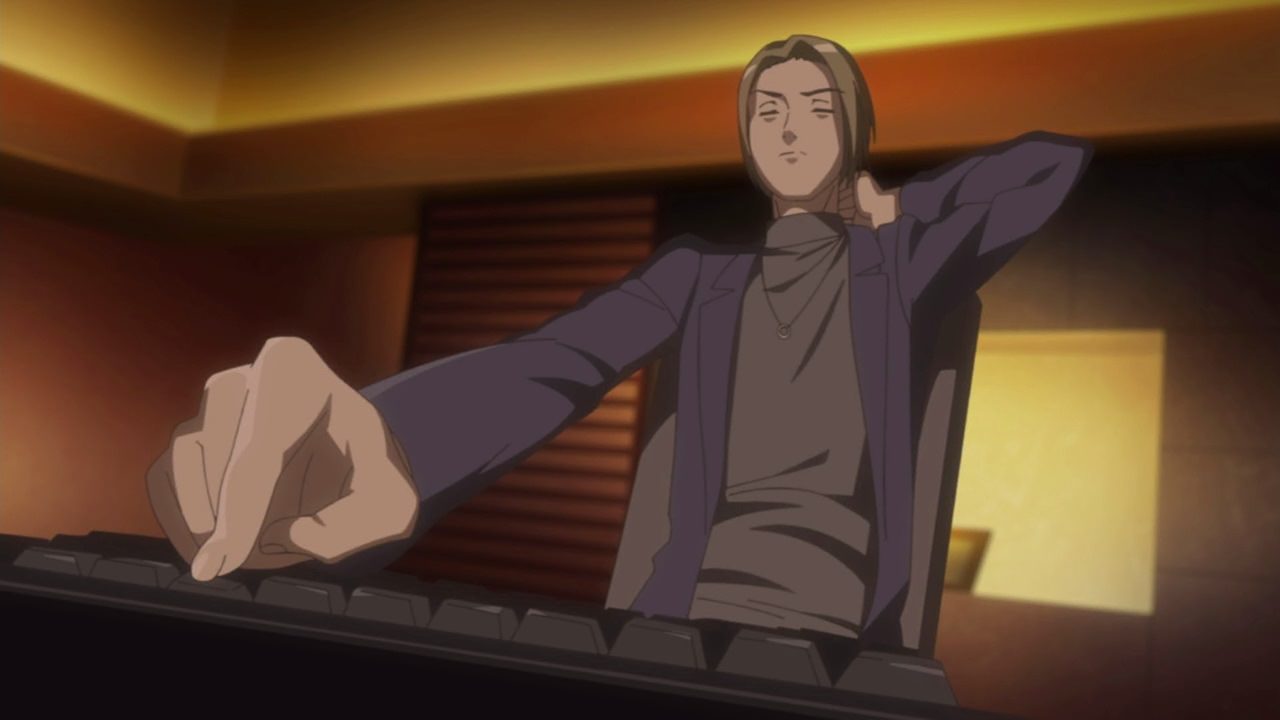 Of course, Shiraki won’t get any new music from Tasuku Hayasaka as he still having a writer’s block, coupled with his time spent on playing a virtual idol.

Now I still don’t know why he’s getting a writer’s block, but Hayasaka felt this feeling before when he’s once a member of a rock band. Still, I hope that Tasuku is okay but it’ll take a long time! 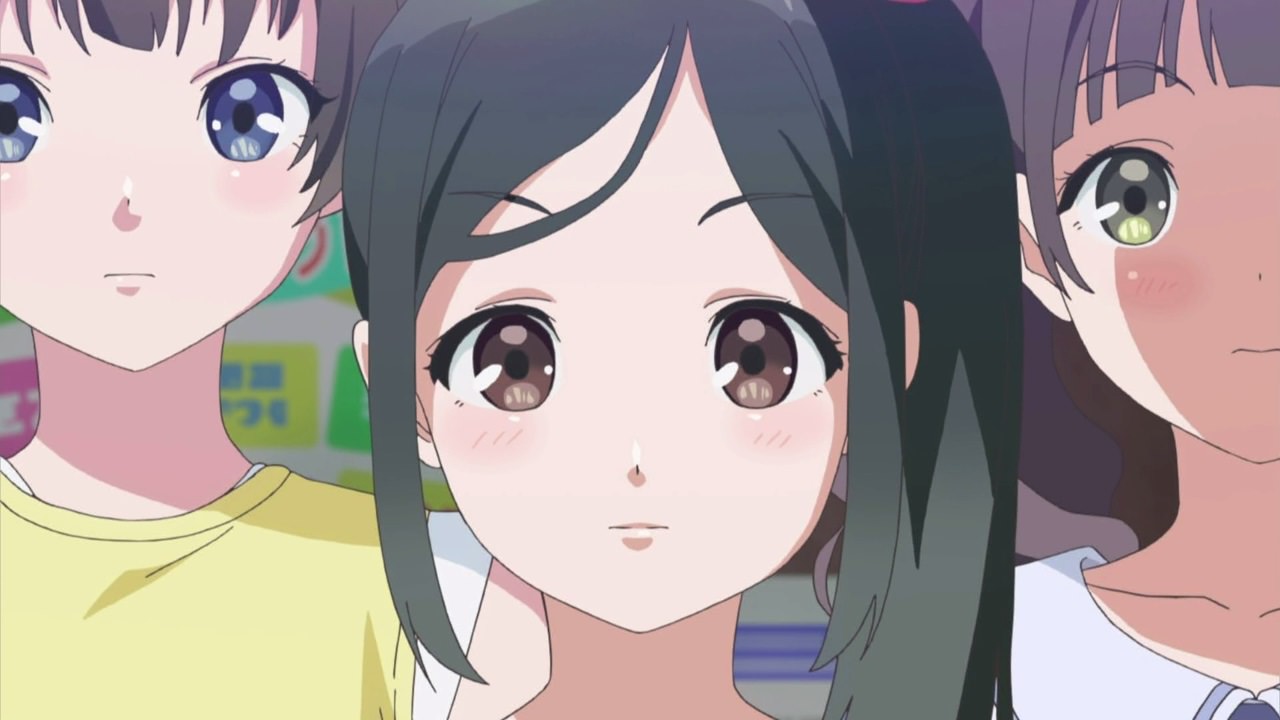 Now then, let’s move onto the next scene where Ayumi Hayashi and her two friends went to Green Leaves Entertainment in order to become idols.

Unfortunately for those three girls, they’re not allowed to join yet because Ayumi and her friends are in middle school. 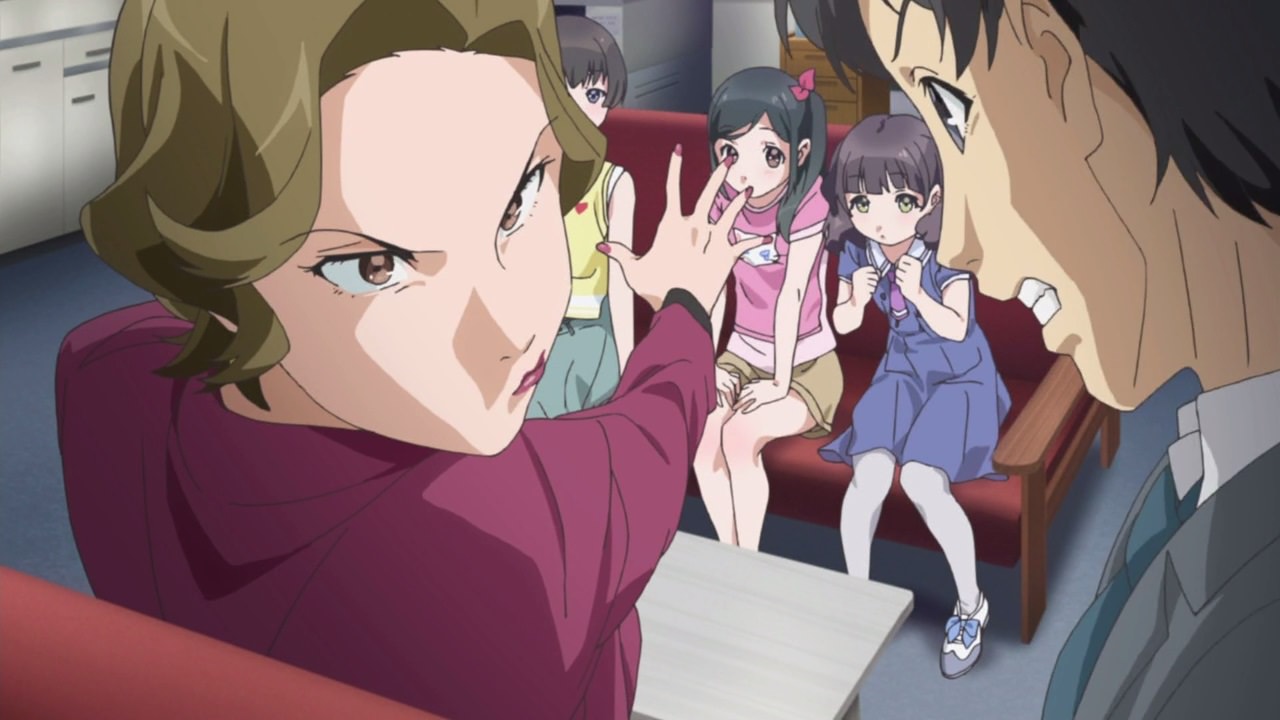 Not only that, but Junko Tange told them that they’re very naive on becoming idols, so she let them go for the time being until they’re matured enough to become one.

Then again, it’s not like they’ll listen to President Tange’s advise as the trio are persistent of becoming idols. 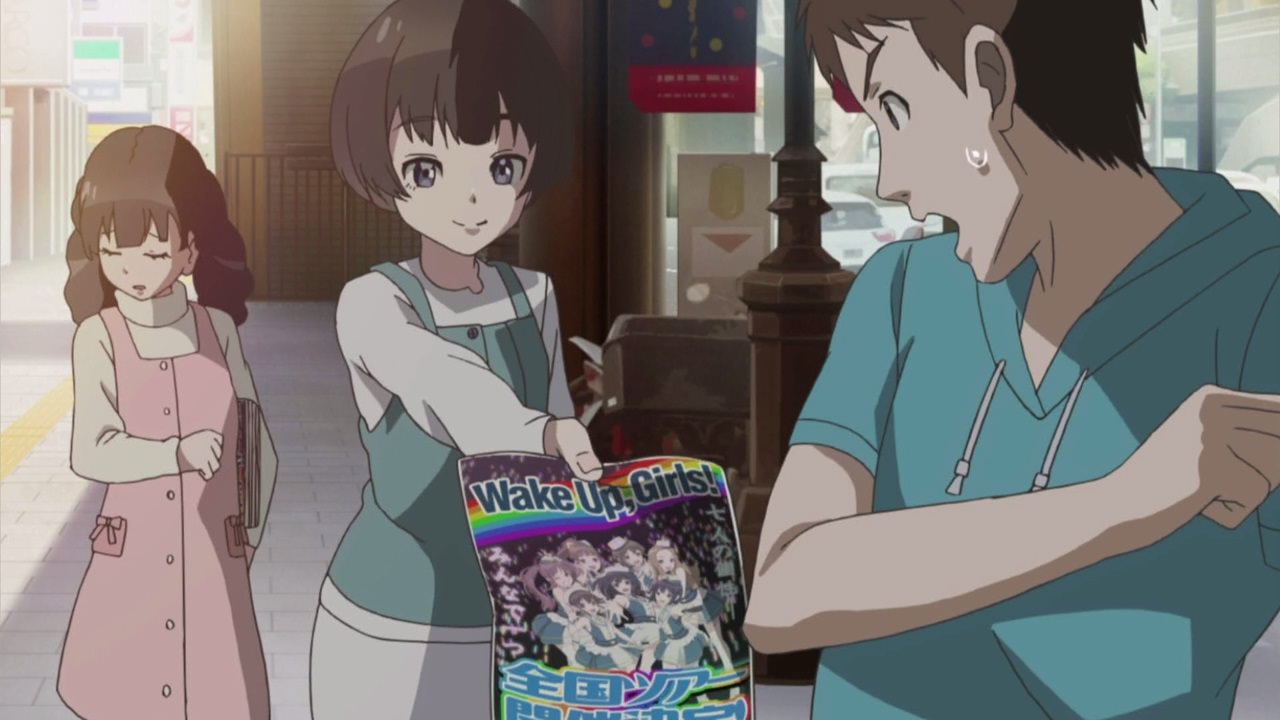 So, they volunteered to hand out fliers while having a smile on their faces. C’mon, idols need to smile all the time even if they’re tired and weary. While their cheeks will hurt except for Itsuka Atsugi, it’s better than not smiling at all.

Thanks to their persistence and their “never give up” attitude, Junko Tange allowed the trio to become idol… trainees. Well, they need to learn from the pros before becoming full-fledged idols, but I’m glad that Hayamaru and her two buddies can now perform alongside Wake Up, Girls!

In any case, I’ll see you next time and while WUG! is still preparing for their national tour, the I-1 Club is busy rebranding themselves.