Posted on December 2, 2017 by benigmatica 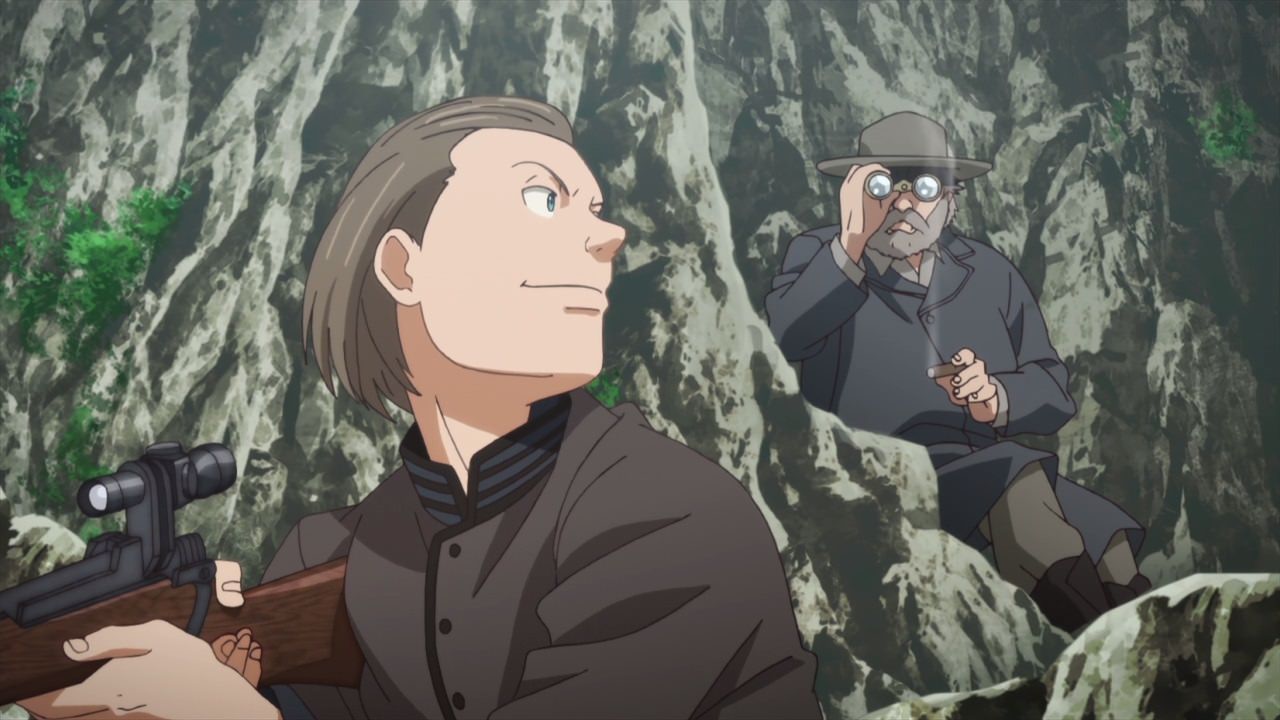 Here’s something different to start this episode as we have a pair of bandits preying on travellers. 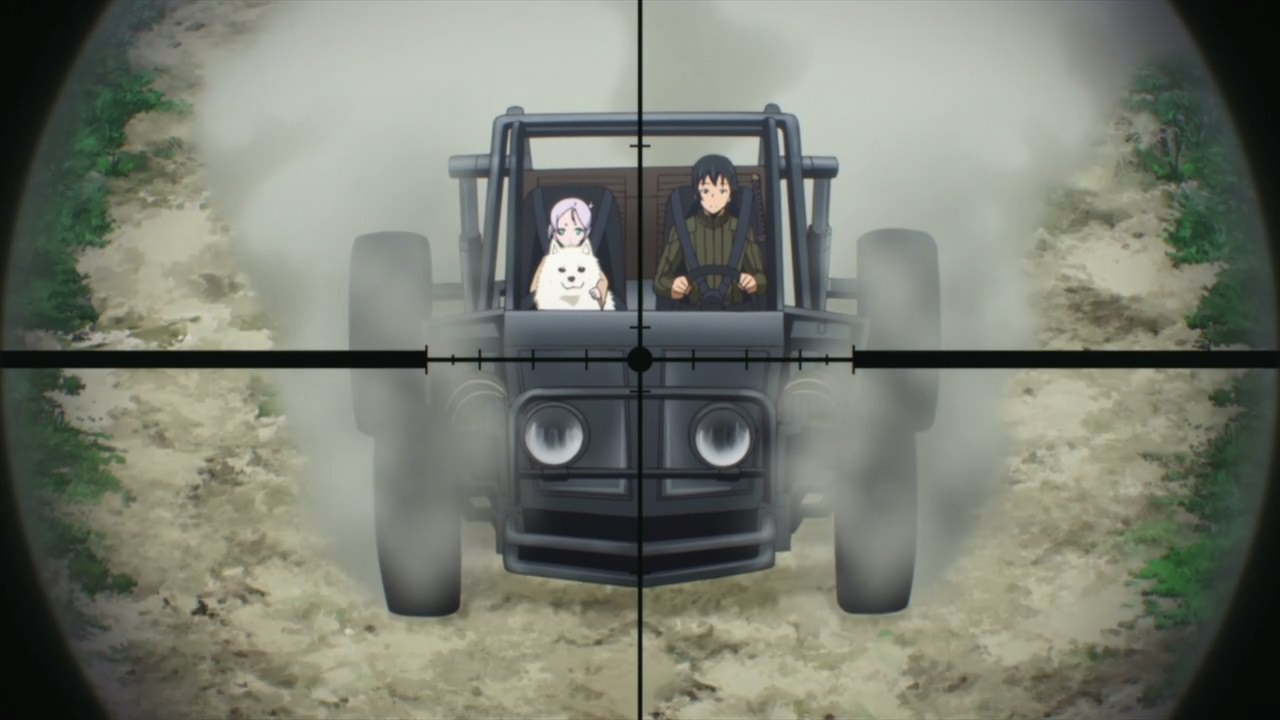 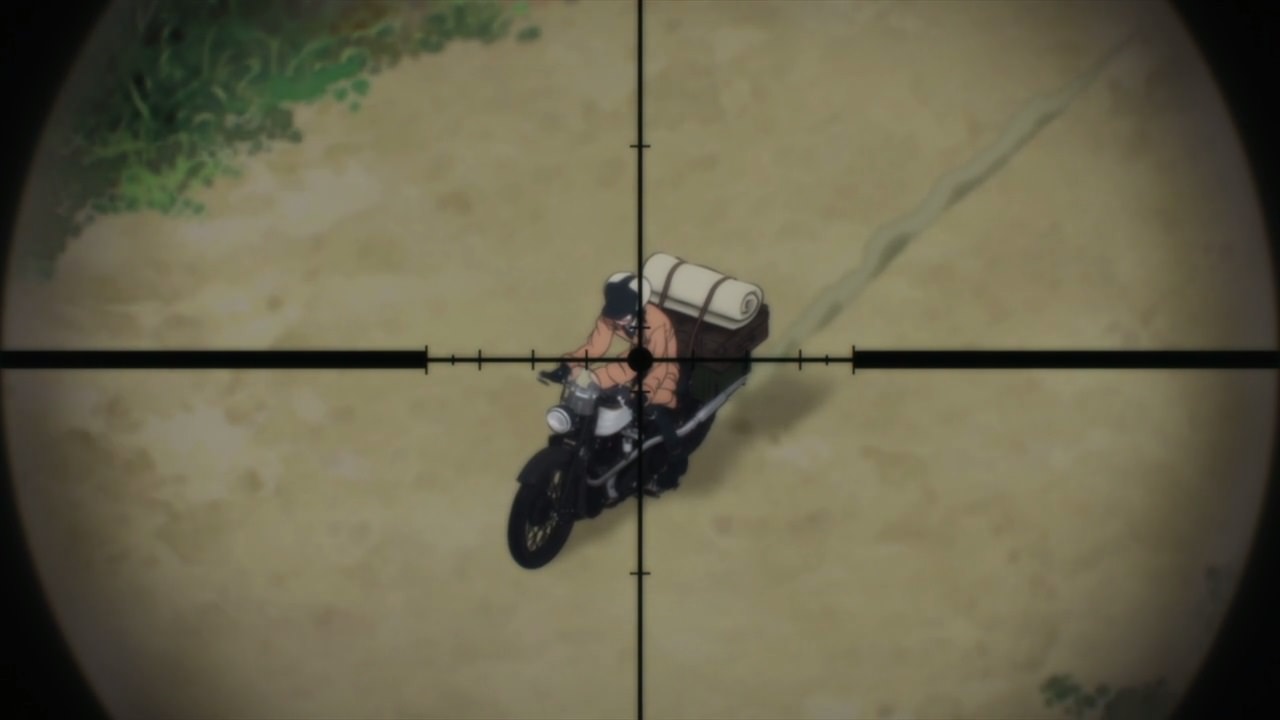 Said travellers happened to be Shizu’s group and Kino, which the bandits decided to leave them alone because pilfering them is a bad idea.

Well, I to say that those bandits did a good decision to leave them be. Heck, the elder one got some horrible flashbacks of being retaliated by a pair of travellers, which turned out to be Kino’s master and her apprentice. 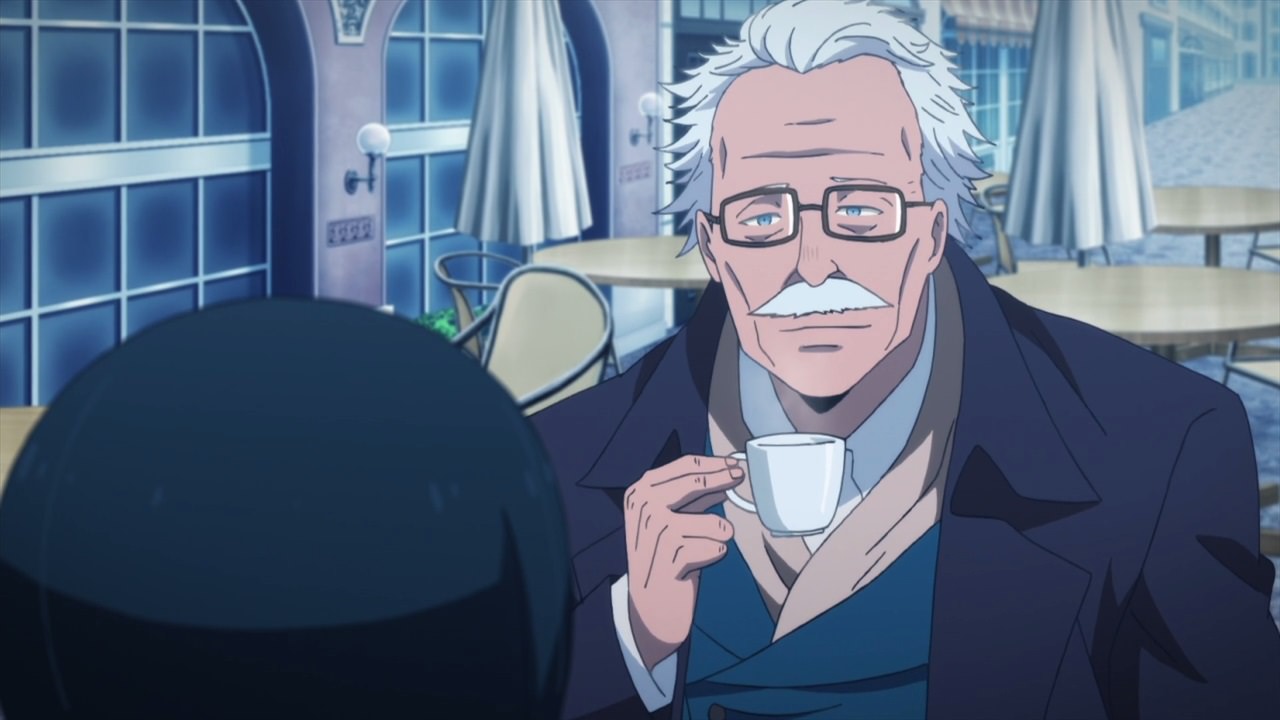 Anyways, it’s time for Kino and Hermes to travel various countries in a single episode, starting with this one where citizens earn or lose virtue points depending on whether they did good or bad in the society. Should a person earned a negative sum of virtue points, he/she will be sent to jail.

This man in particular has previously served as the president of the country and did some contributions to its people. But then, he felt an urge to kill someone as former president talks about it to Kino and Hermes. 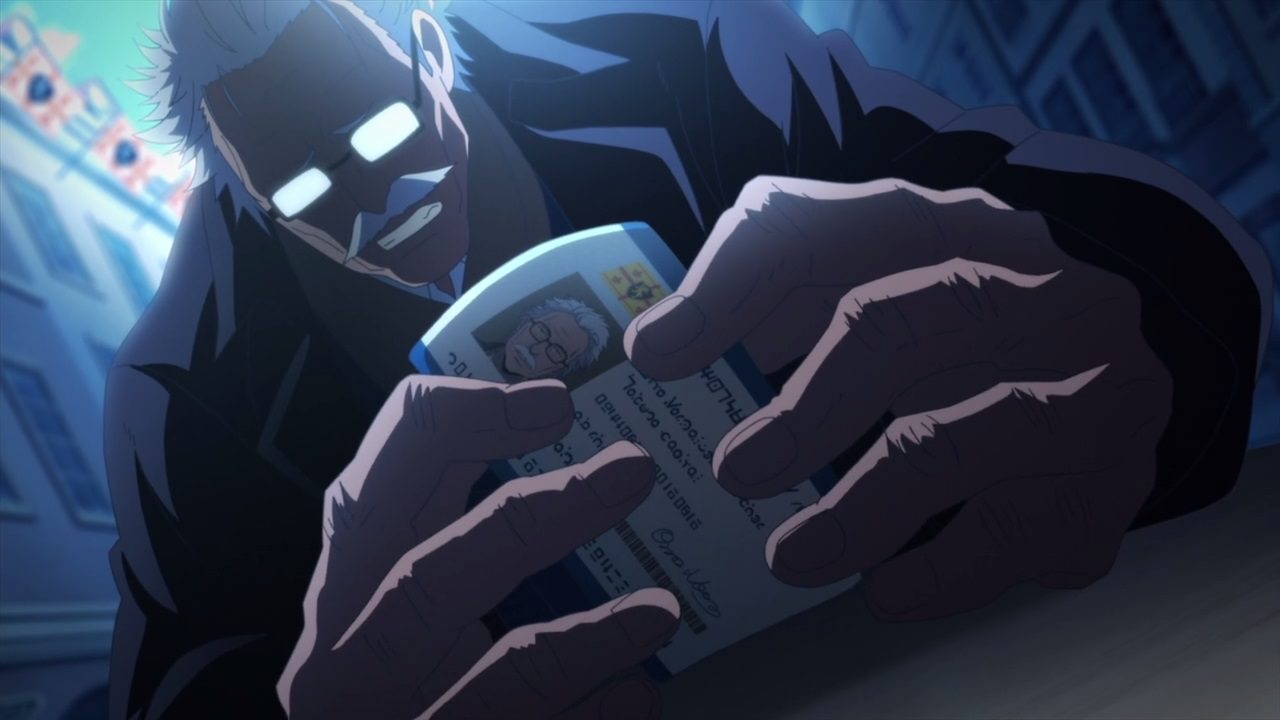 Worse of all, he has an incurable disease which is why this former president wanted to kill someone. Heck, he might even try to kill Kino but he couldn’t do that towards a traveller.

By the way, while his virtue points will be largely deducted once he committed a murder, the former president will remain innocent. Then again, it would be better if he used his virtue points to cure his disease. 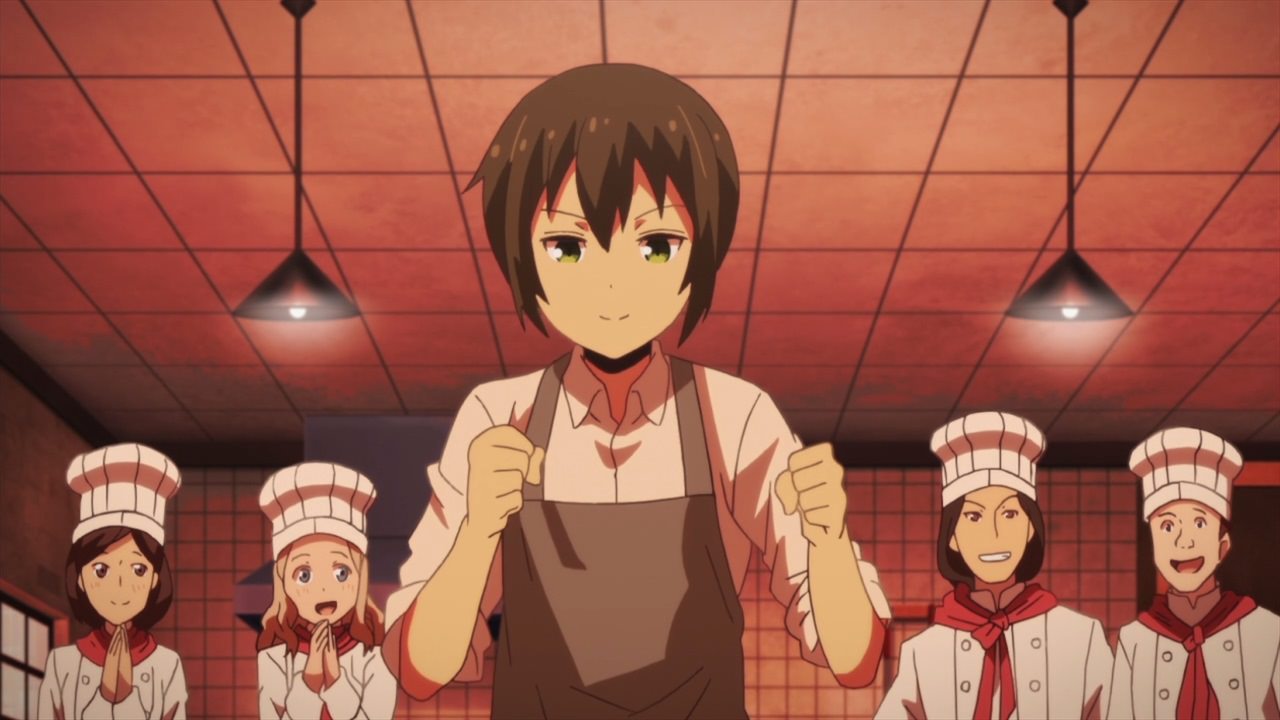 Now then, let’s move onto the country of cooking where Kino tries her best to make a dish that’ll become the country’s national food. Then again, I feel that the country will replace her dish after a year. 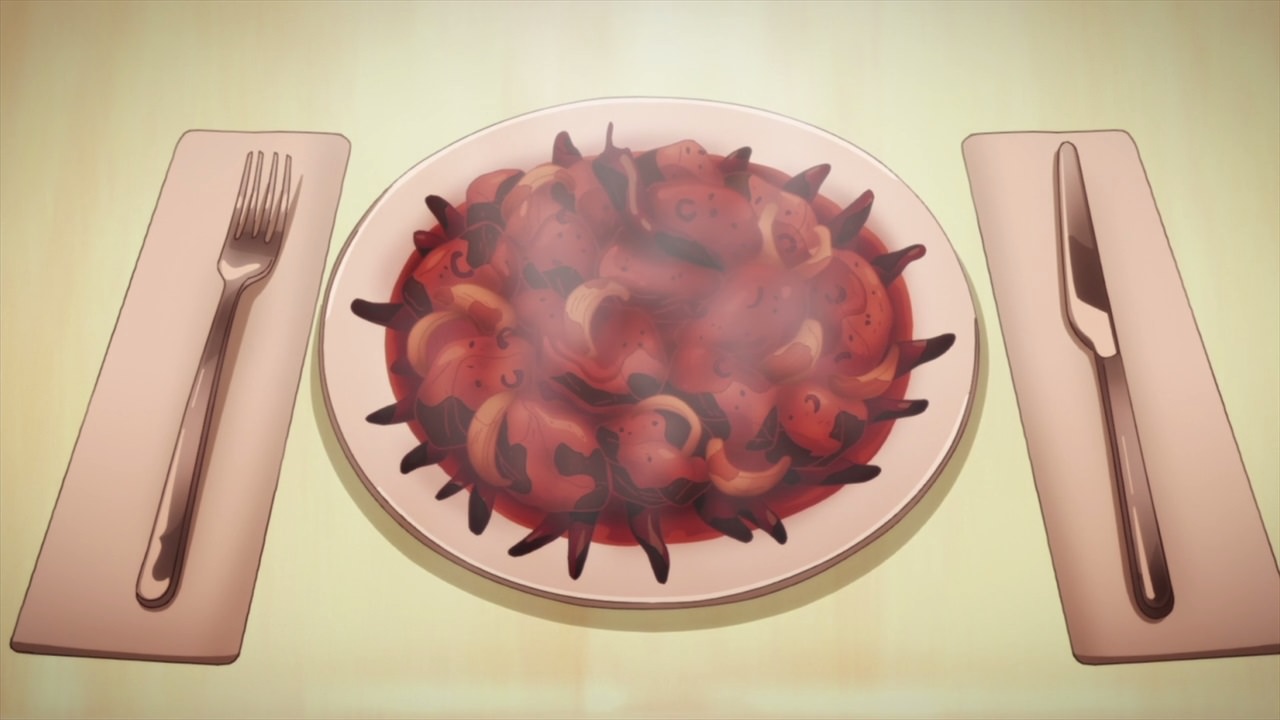 In any case, what she came up with is her specialty: Kino’s fried chicken made from chili peppers and one cup of vinegar for extra kick. 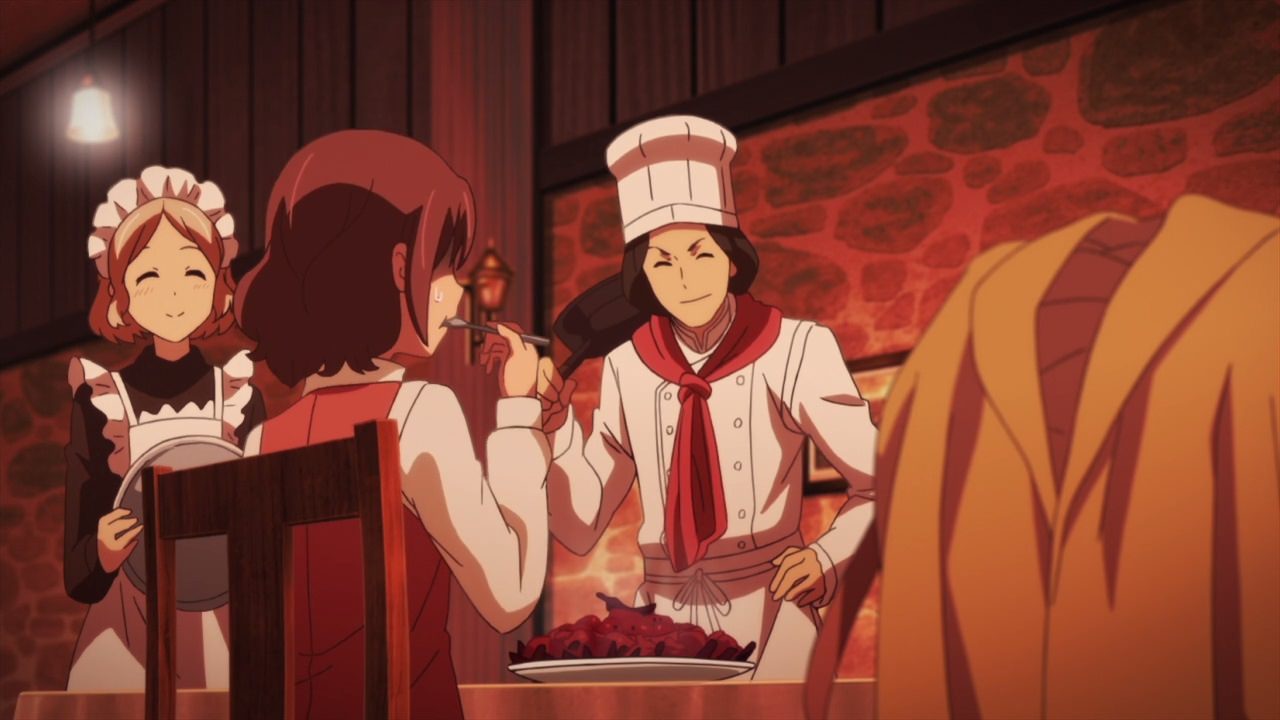 With that said, it’s time for one customer to try Kino’s dish out as the chefs claimed that her fried chicken will make an impact. 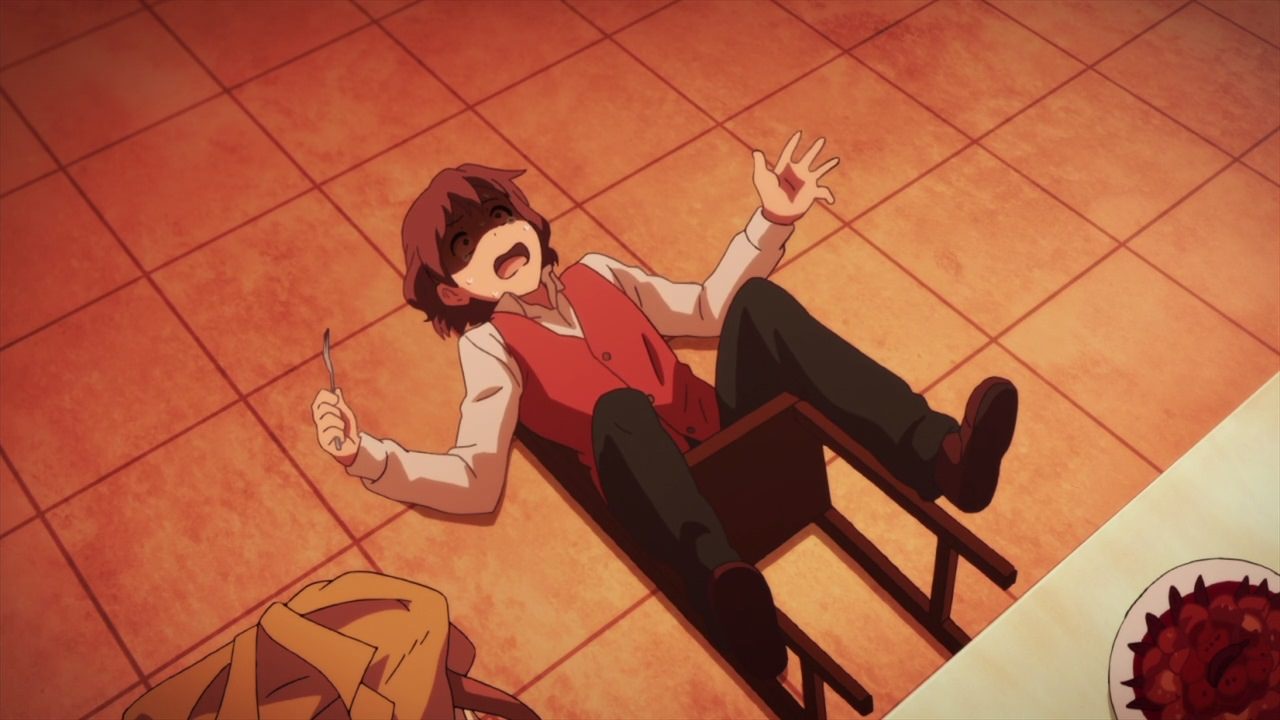 Then again, this customer fell down after eating Kino’s fried chicken. Yeah, her dish made an impact all right, but it’s too spicy to handle some people.

Fortunately, there’s another dish made by Kino which is not spicy and it’s perfect for children, the elderly, and some people who are sensitive to spices. Still, I feel that Kino’s fried chicken won’t stick around for a year. 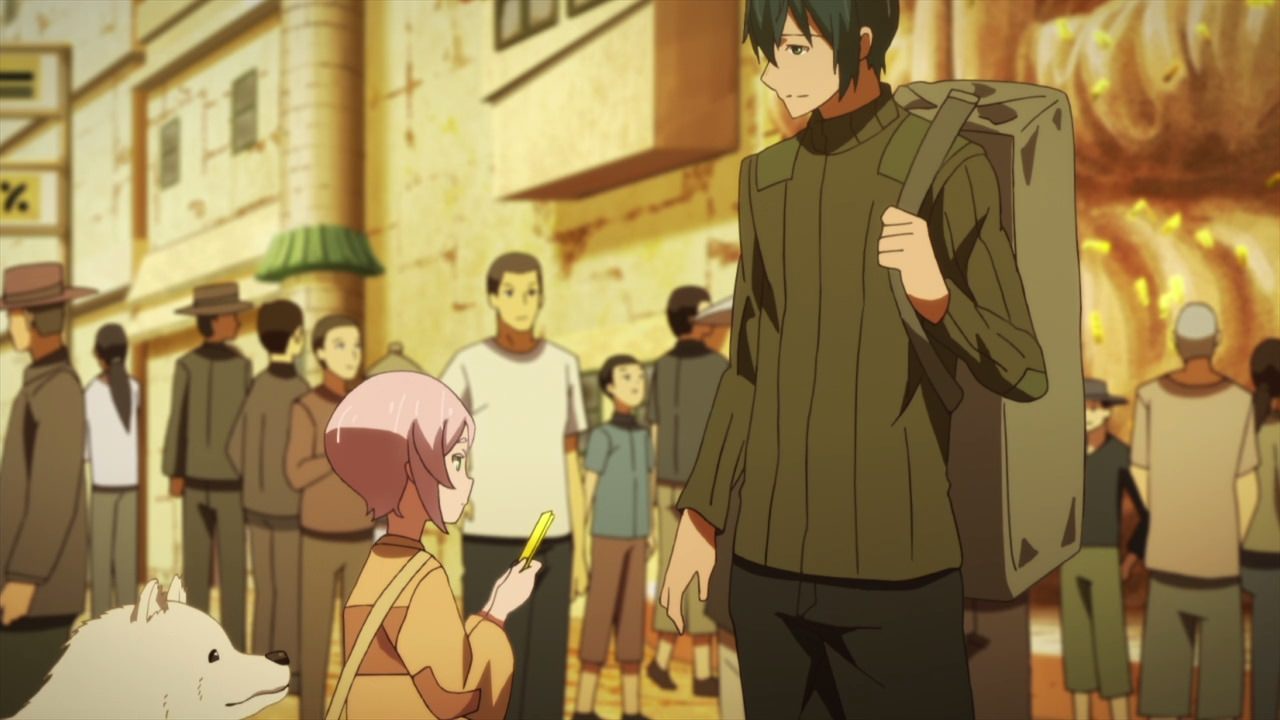 Meanwhile, here’s Shizu’s group as they went to the country of wishes. As the name implied, citizens and visitors can make a wish by writing something on a paper and put into a statue.

While Shizu is not interested on making a wish as he wanted to stay on this country as always, Tifana tried it out. 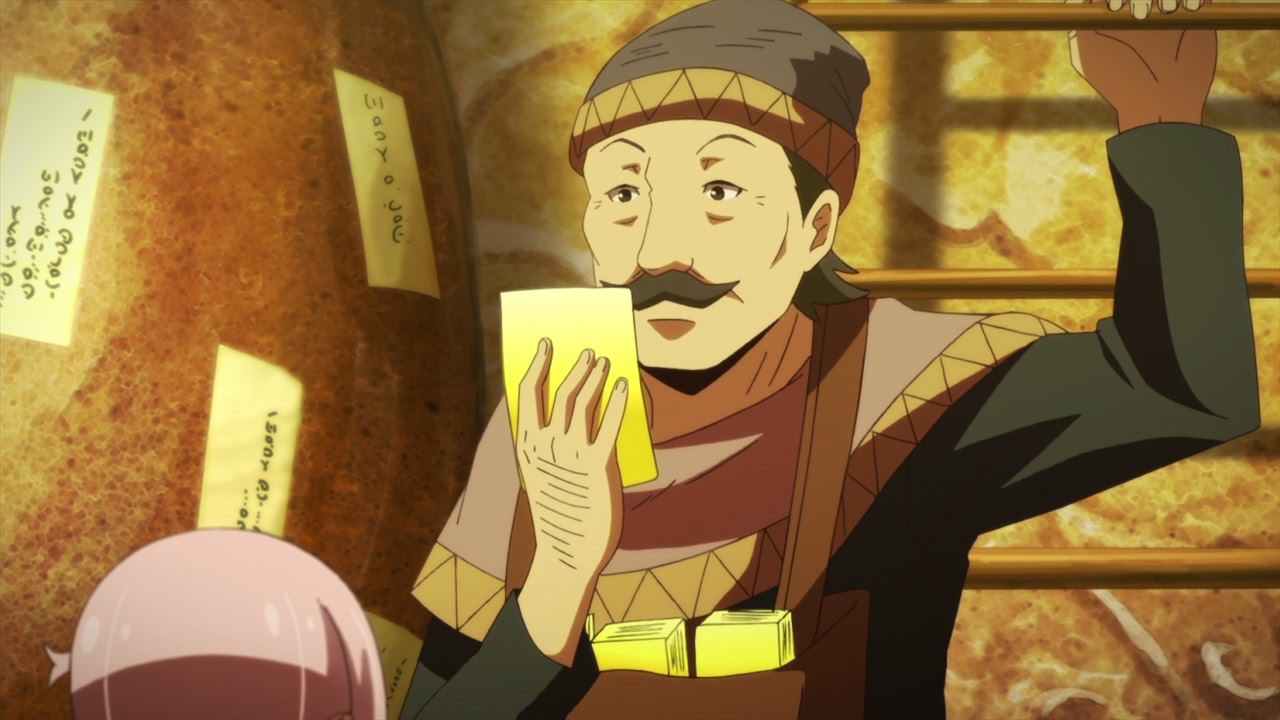 And what Ti came up with is a wish that everyone got surprised by it. She wanted everyone’s dreams come true, although Tifana made it up on a whim.

In any case, Shizu’s group didn’t do much on this country! 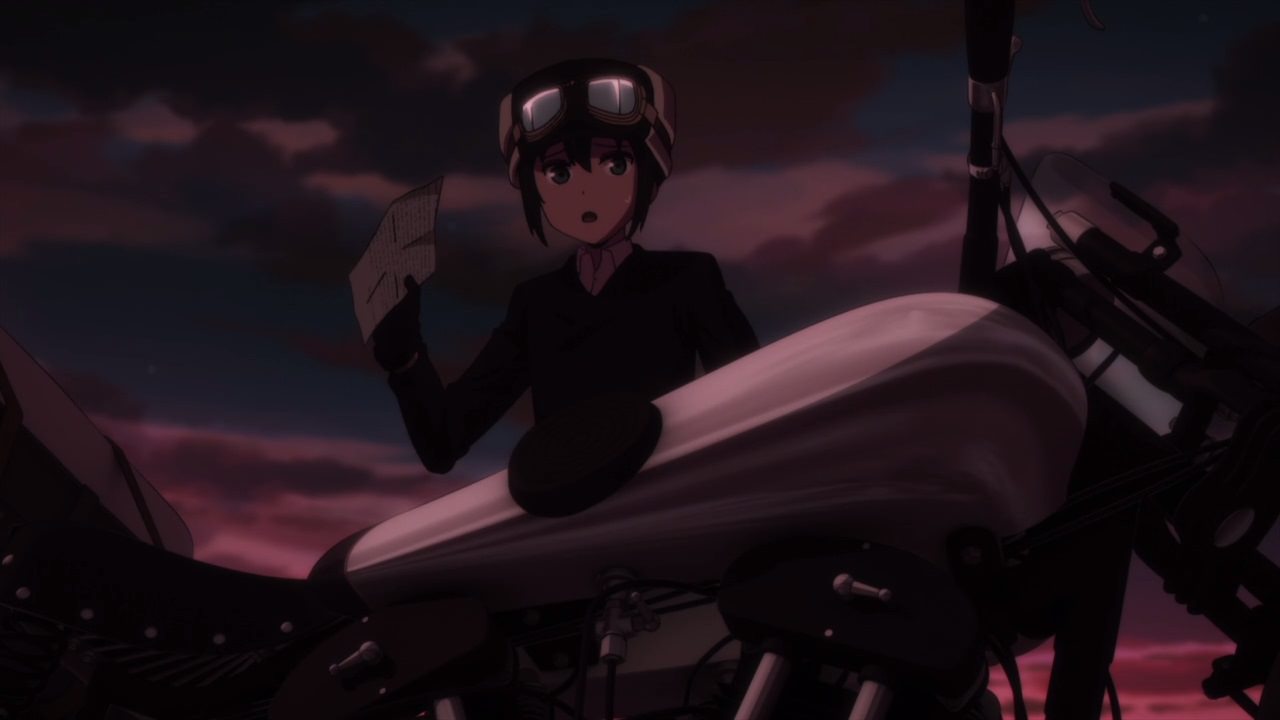 With that said, let’s end this episode where Kino went to a country and got out without knowing anything. Well it turns out that they’re told to keep their memories inside the country and once they leave, they need to drink a pill that’ll erase their memories during their stay.

Of course, there’s an exception though as Hermes remembered all of it because he’s a Motorrad, but he’ll won’t tell Kino about it because it’s a secret. C’mon, he can’t tell all of it! With that said, it was a good episode as it shows various countries instead of one (or two in Episode 5). Then again, the fact that Kino is a lethal chef means that I’ll rather stay away from he dishes than eating it.