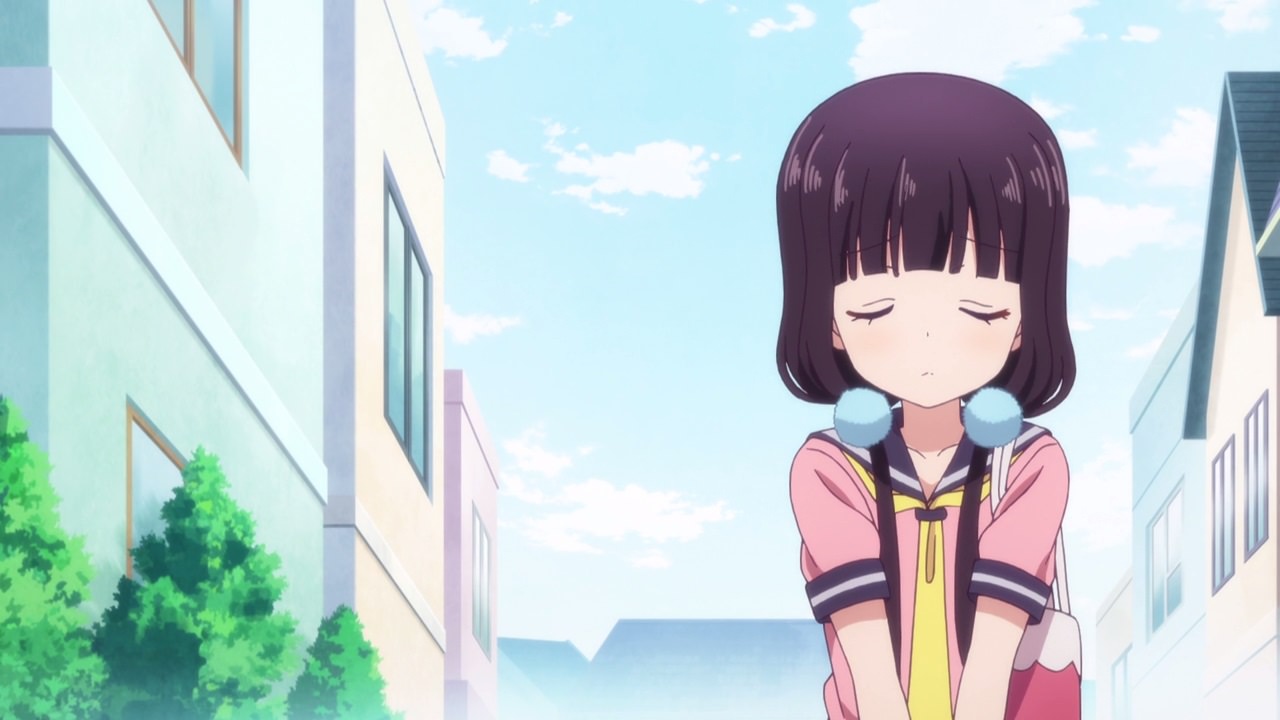 Hey everyone, it’s another episode of Blend S as Maika Sakuranomiya is walking towards her home as usual. 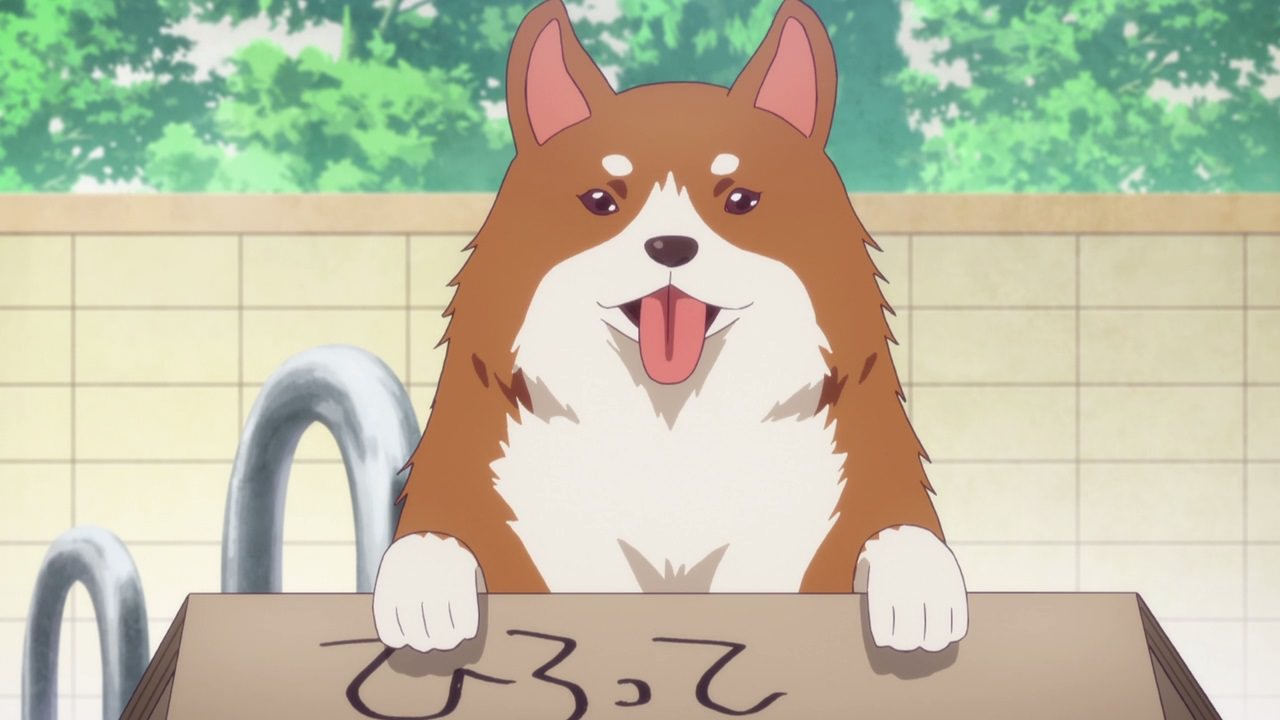 That’s until she encountered an abandoned dog in which Maika-chan wanted to take care of it, but her siblings are afraid of dogs so she has no other choice but to let others take care of it. 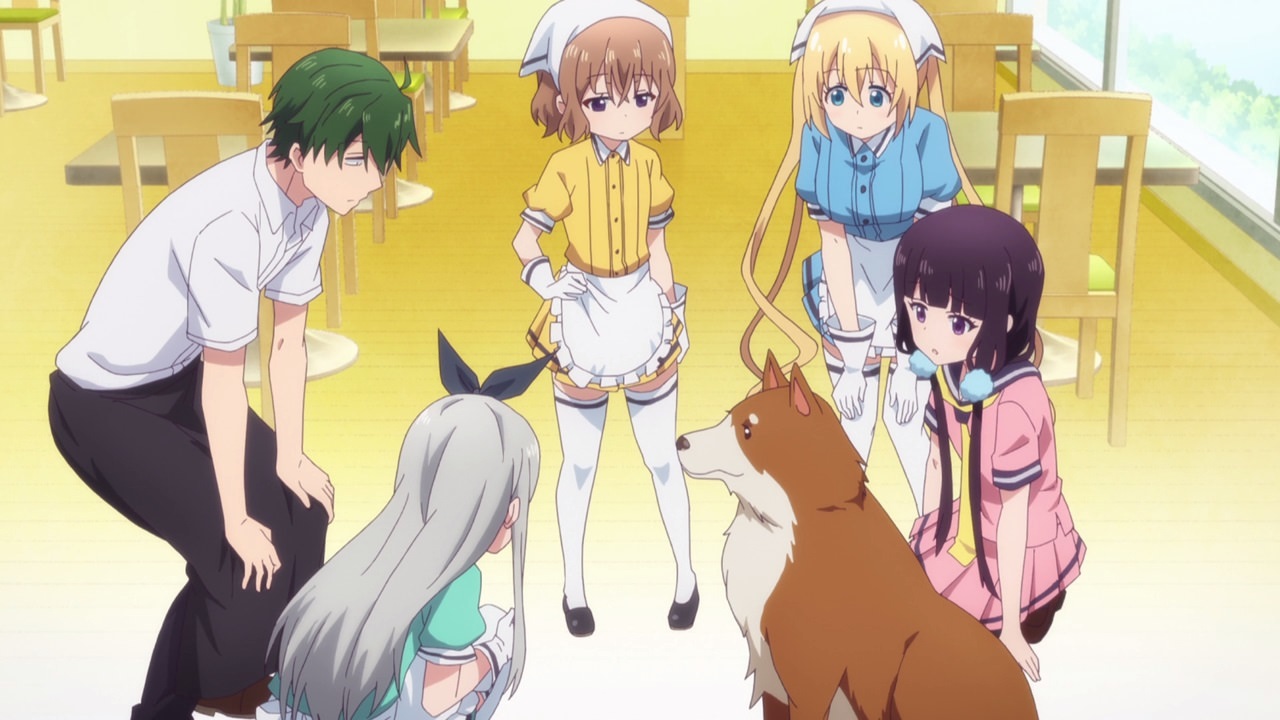 So, she let everyone at Café Stile take care of the abandoned dog. However, nobody wanted to keep it because the landlords don’t allowed pets.

Yeah, it’s sad that Maika Sakuranomiya failed to ask everyone to keep the dog until someone would adopt it. 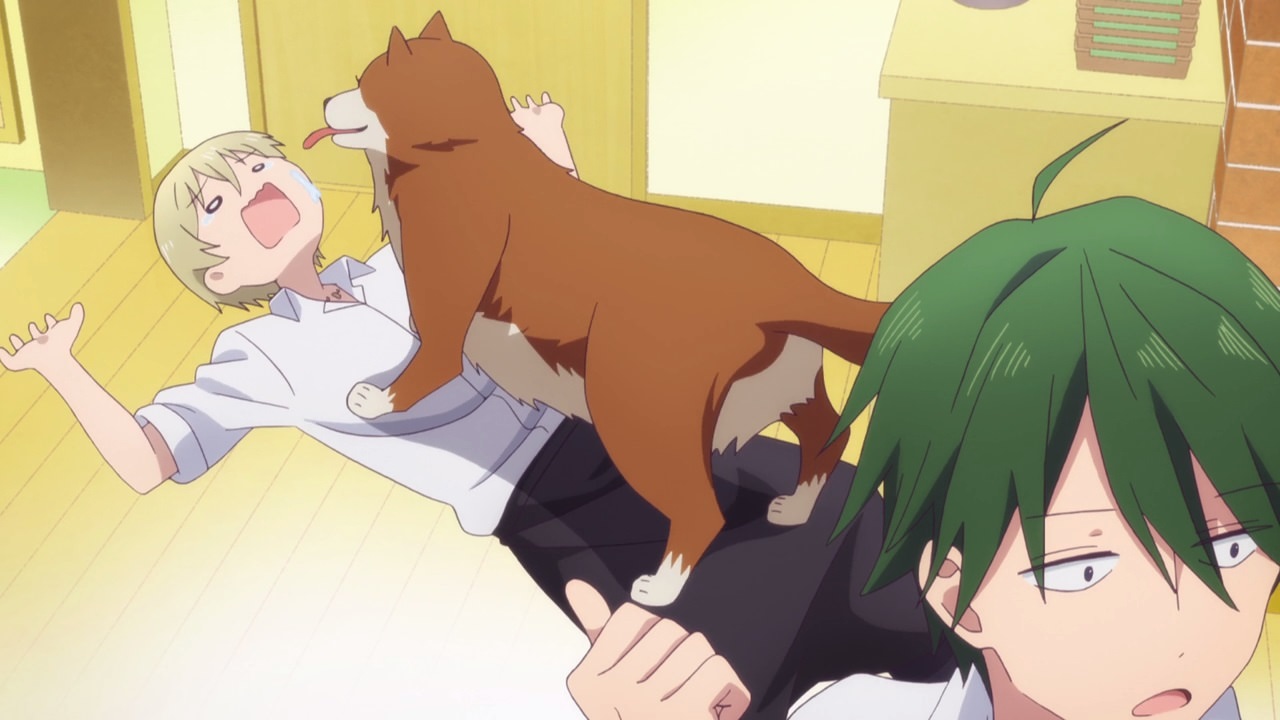 Fortunately, there’s one in the form of Dino. Heck, even the dog (now named Owner) loves him so much! 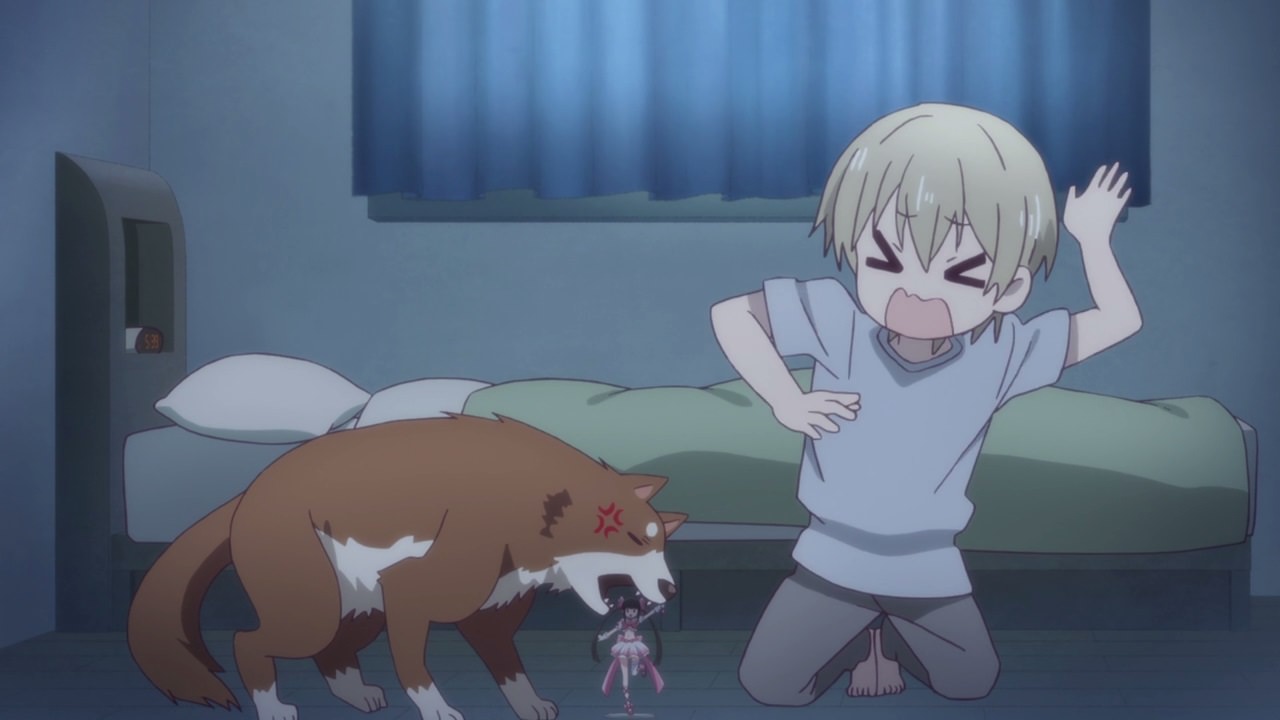 Then again, it seems that the dog has that sadistic side much like Maika Sakuranomiya.

Well, looks like Dino’s usual days of watching anime late at night are over now that Owner is pestering him until the dog is satisfied. 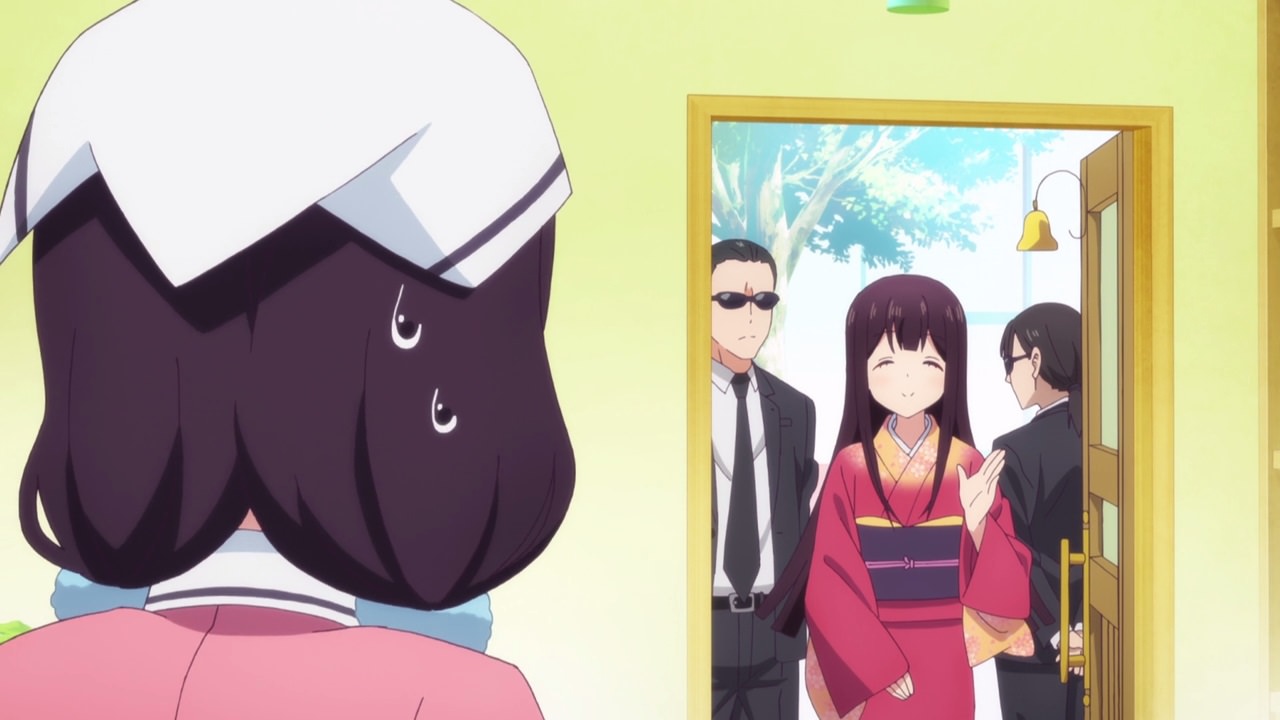 Meanwhile, Maika’s sister Aika has arrived at Café Stile to see her little sister work. Then again, having Aika being accompanied by bodyguards is somewhat intimidating. 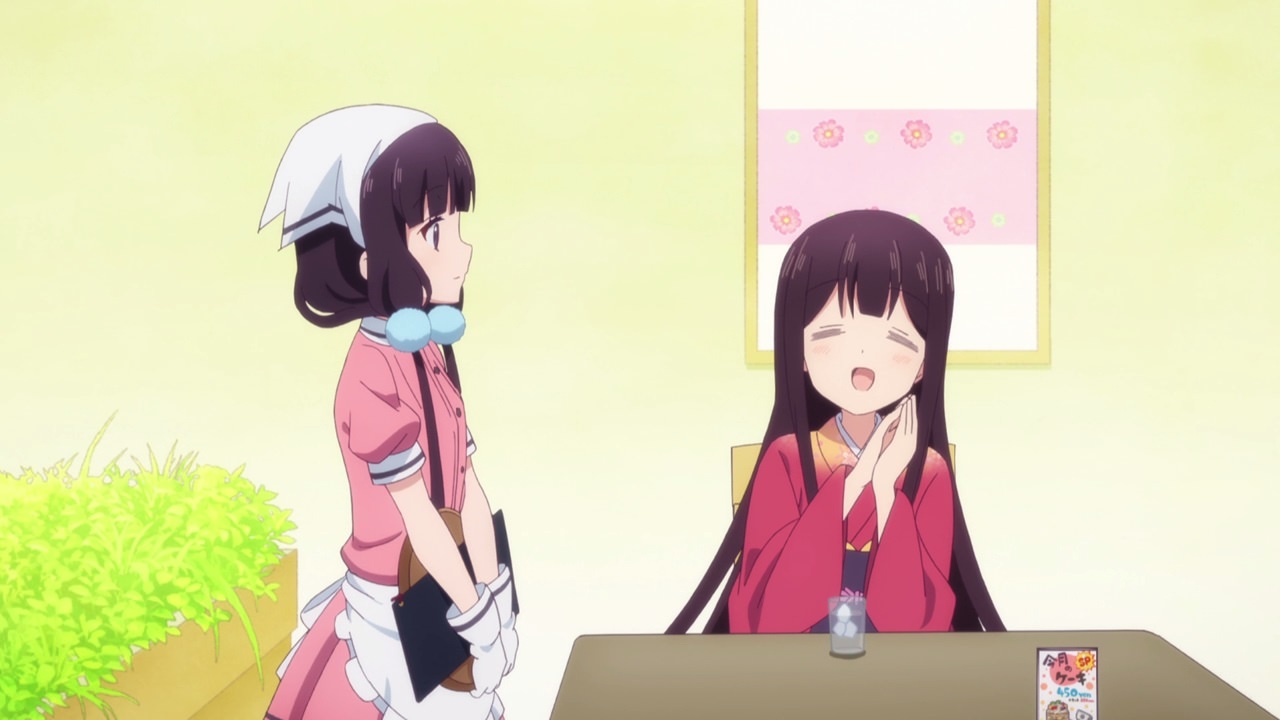 Still, they’re having a good time inside Café Stile, although Aika asking Maika’s service all the time is too much.

On the other hand, seems that Maika’s siblings have droopy eyes compared to her. Hmm, could it be that Maika is actually adopted? 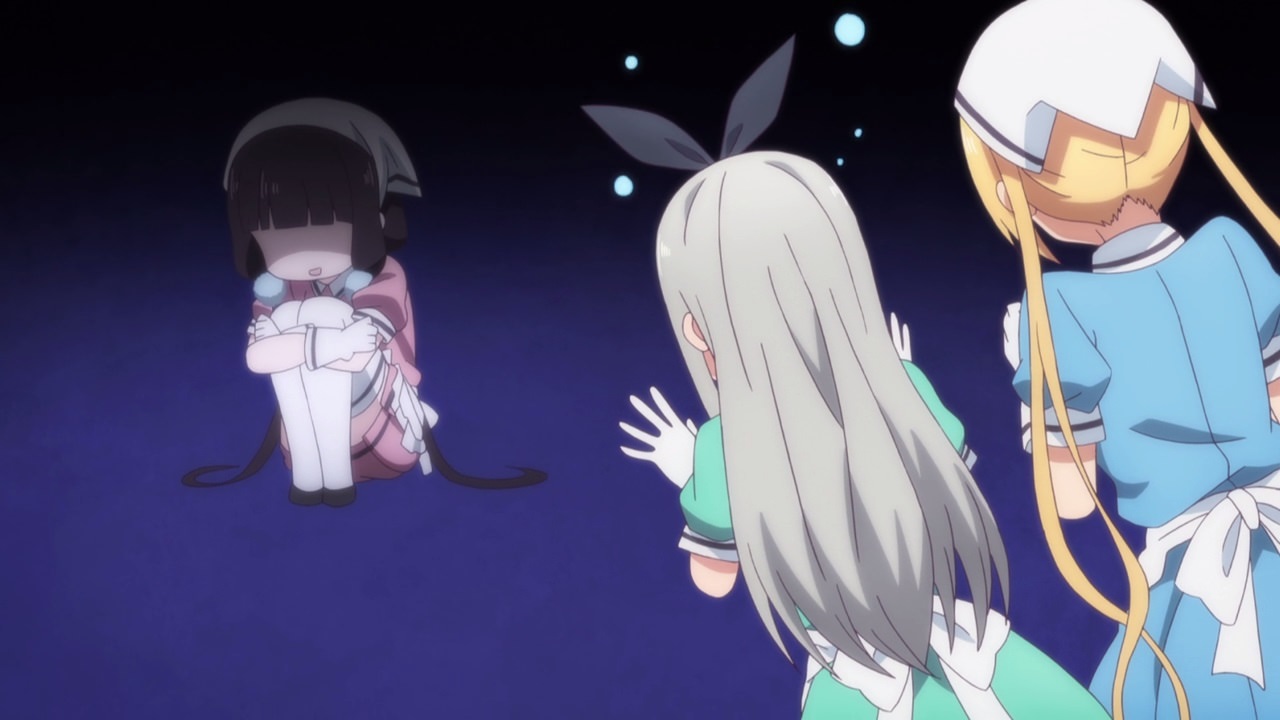 Oh wait, seems that she was hurt upon hearing that. Then again, it’s just a joke coming from Miu Amano and Hideri Kanzaki. 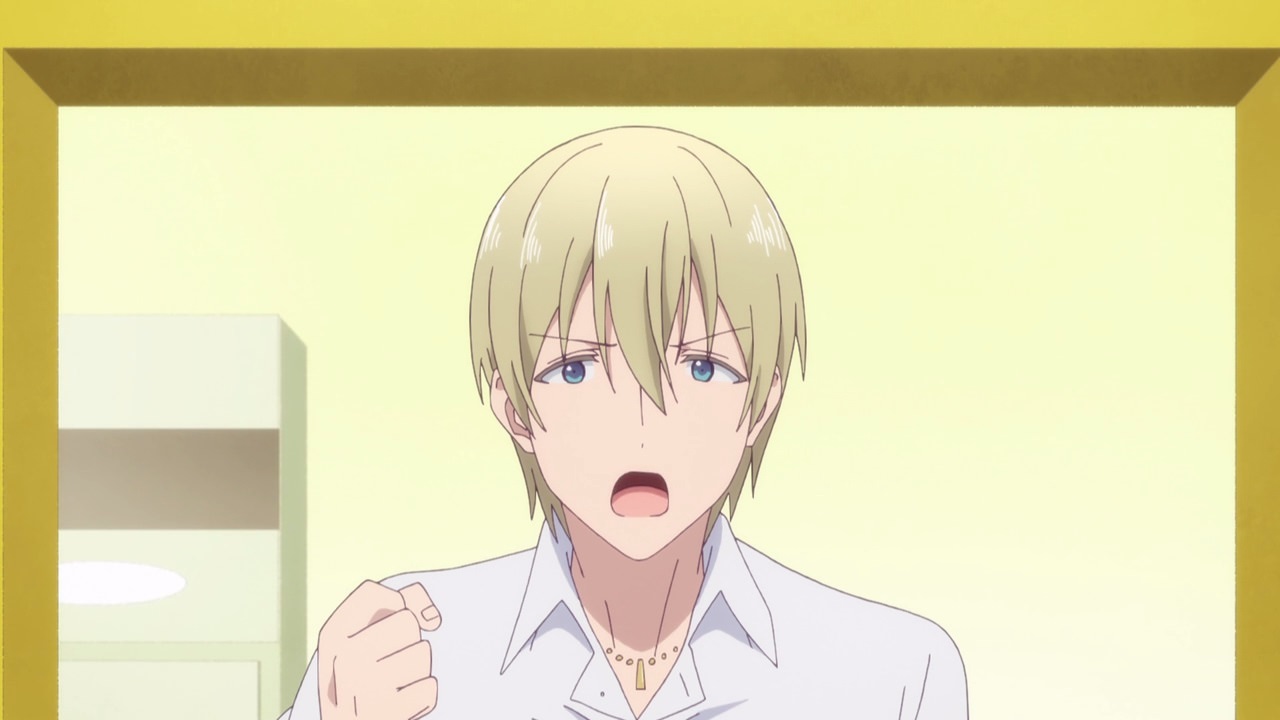 Still, Dino gave Maika an assurance that he’ll accept her on who she is, no matter if Maika is adopted or not.

Then again, it’s getting out of hand in regards to Maika Sakuranomiya. 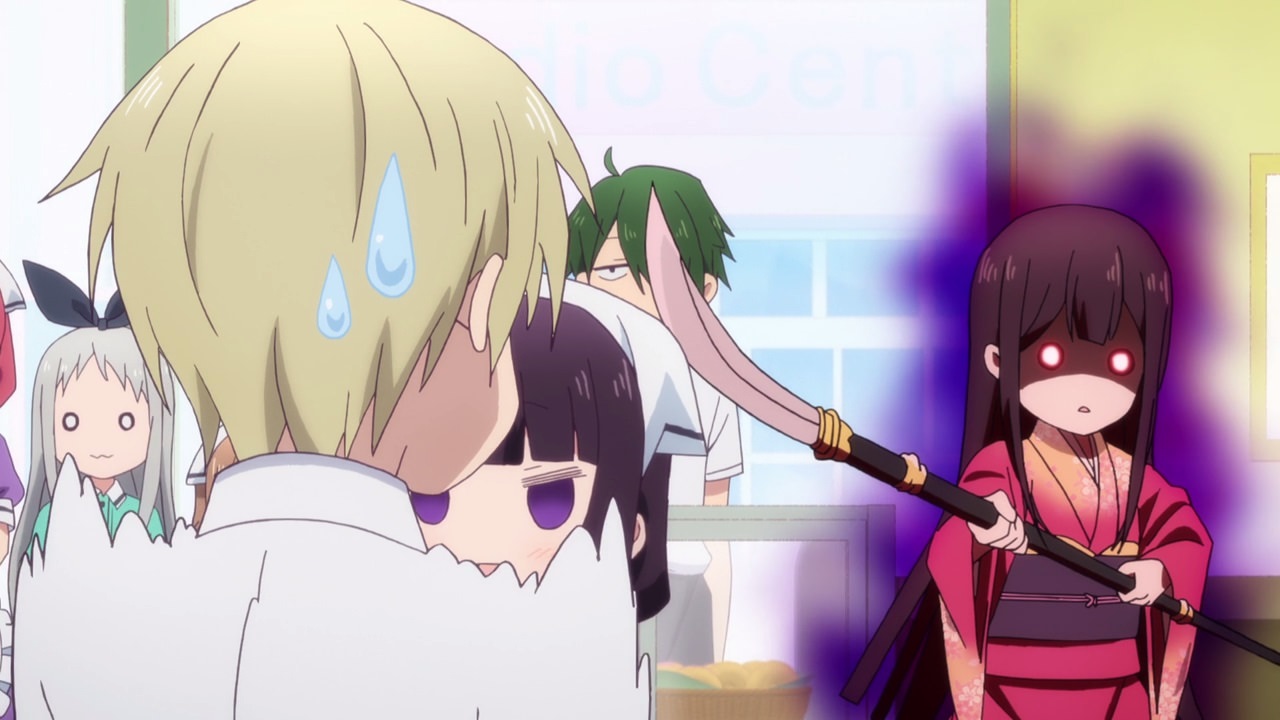 See, it’s really getting out of hand when Aika intervened with a nanigata in her hand.

You know what, I think Aika should calm down and also, weapons are not allowed in the cafe! 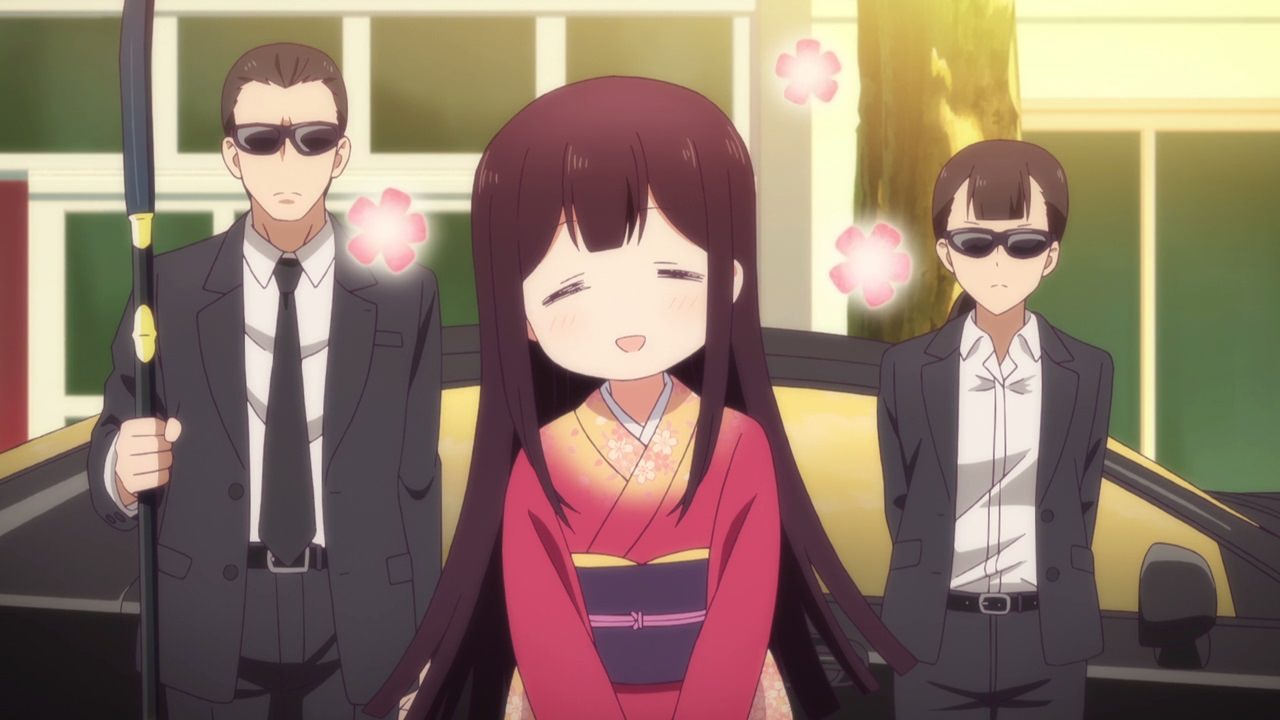 Anyways, Aika had a lot of fun at Café Stile and she’s eager to return to pest- I mean look forward for Maika’s service. 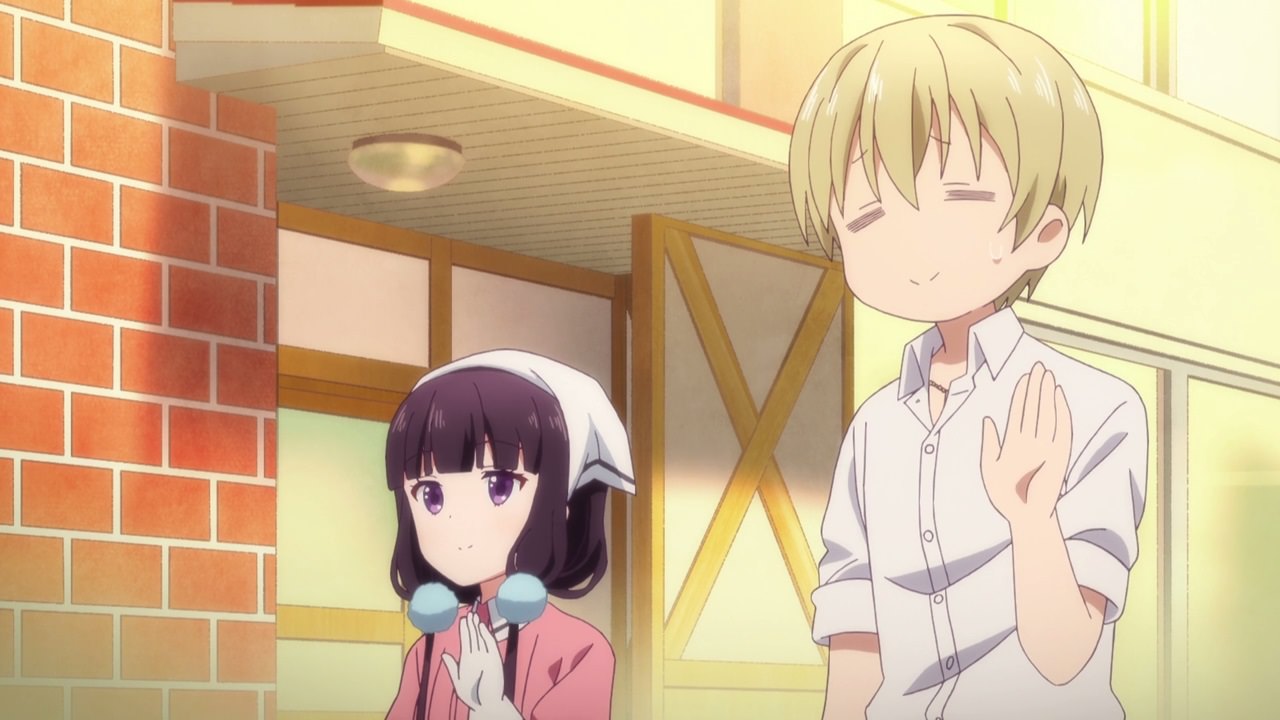 As for Maika-chan and Dino, they’ll be back to their normal selves after a hectic day with Aika Sakuranomiya.

On the other hand, what happened to Kouichi Sakuranomiya? 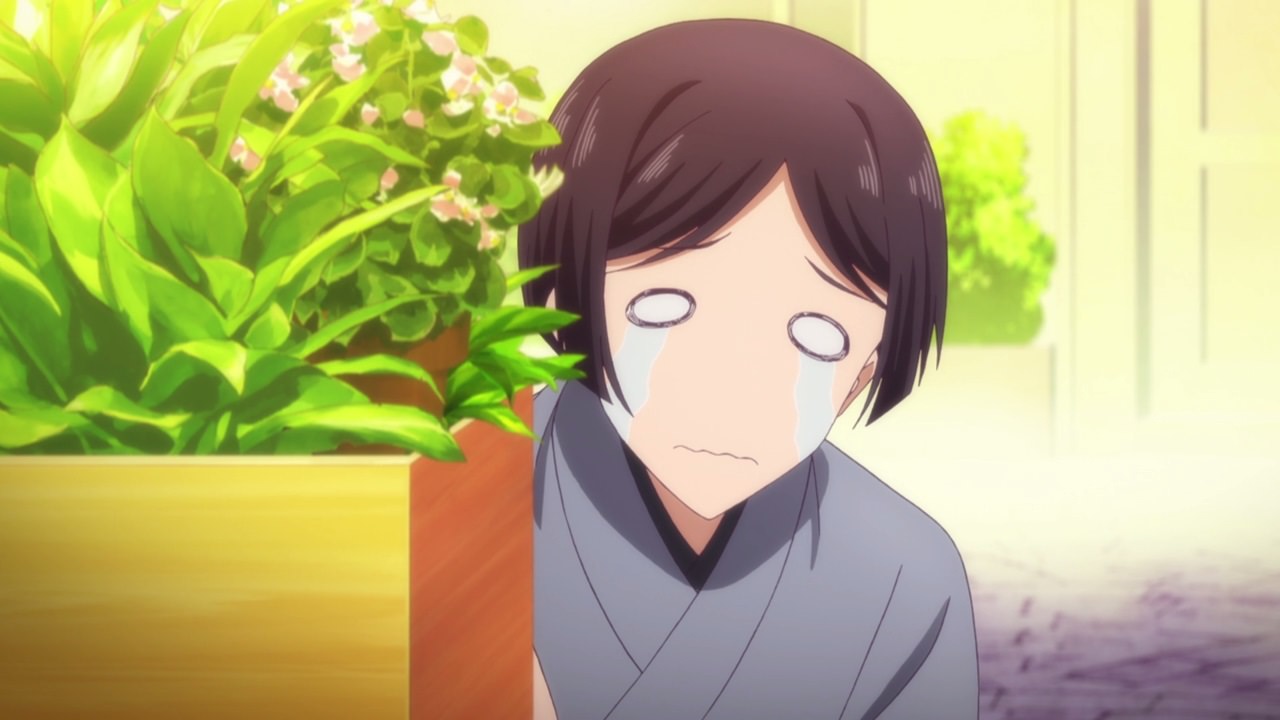 Oh, it seems that he got left behind. But you know what, having Kouichi in Café Stile together with Aika would bring a lot of headache to Maika-chan.

In any case, that’s about it for this week’s episode of Blend S. As for the dog, it looks like Owner will stay at Dino’s crib permanently. Now then, I’ll see you next time!