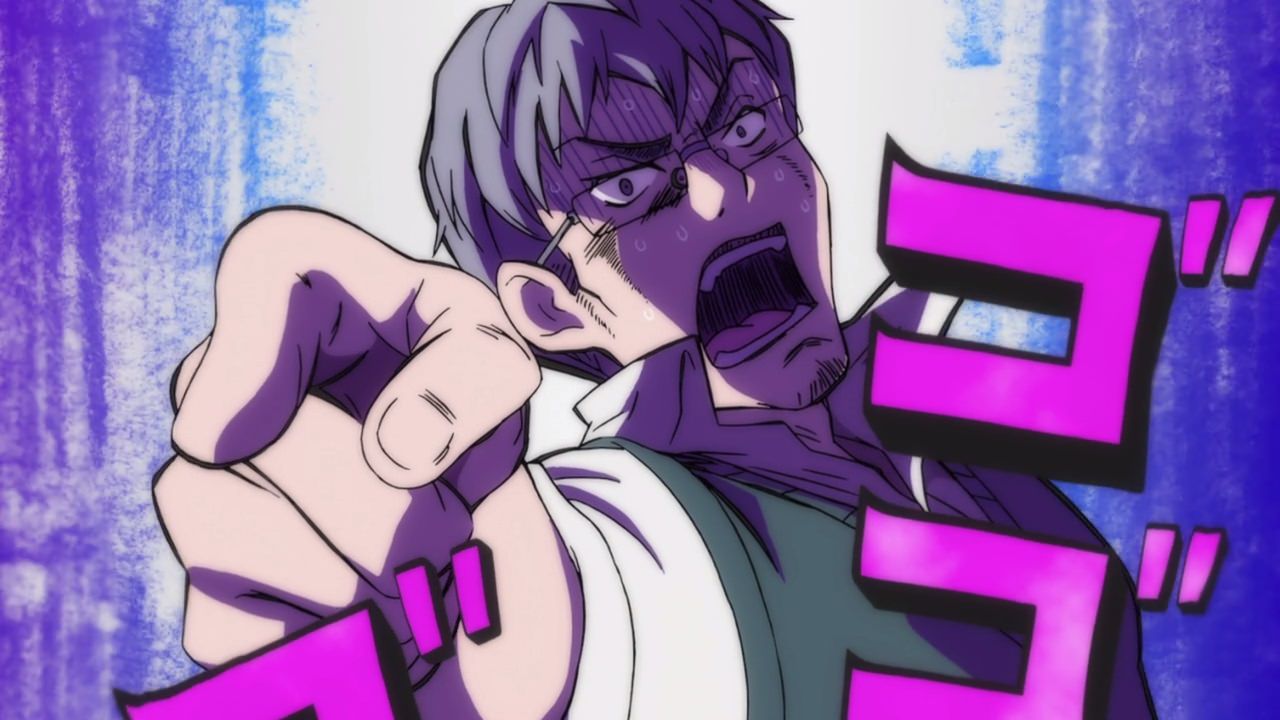 Well, it seems that after hearing more about Hinata Kawamoto’s ongoing bullying case, most notably her inept homeroom teacher, Takashi Hayashida is getting furious that he wants to tell that teacher to toughen up and protect kids who are victims of bullying.

Then again, Hayashida-sensei might cause some trouble and wait, is that a reference to Jojo’s Bizarre Adventure? With that said, let’s get onto this week’s episode! 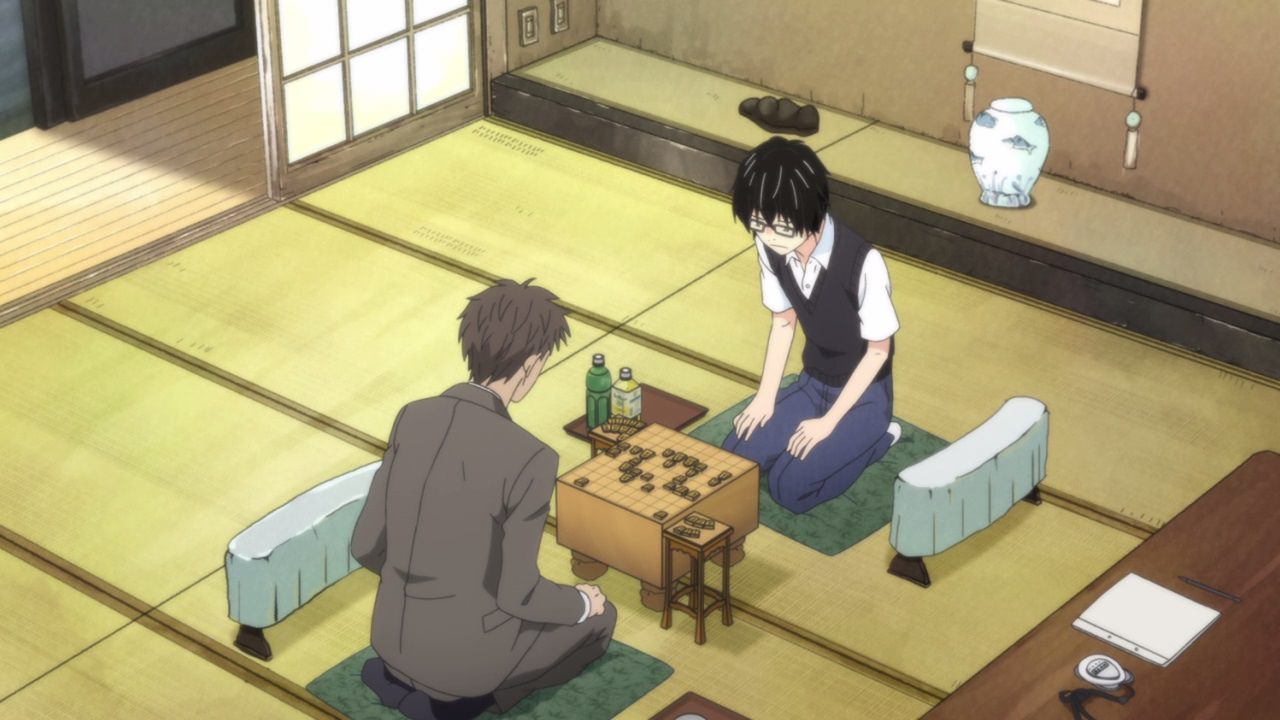 So while Rei Kiriyama is taking his rank-deciding match, let’s briefly talk about the Kawamoto family as it turns out that the sisters had a father. But instead of taking care of them after their mother passed away, Mr. Kawamoto ran away with another wife. Yeah, that was horrible coming for their biological father!

In any case, Rei Kiriyama won this match and now he’s preparing for the Newcomers’ Tournament championship match. He’s expecting his friend Harunobu Nikaidou to win the semi-final match. 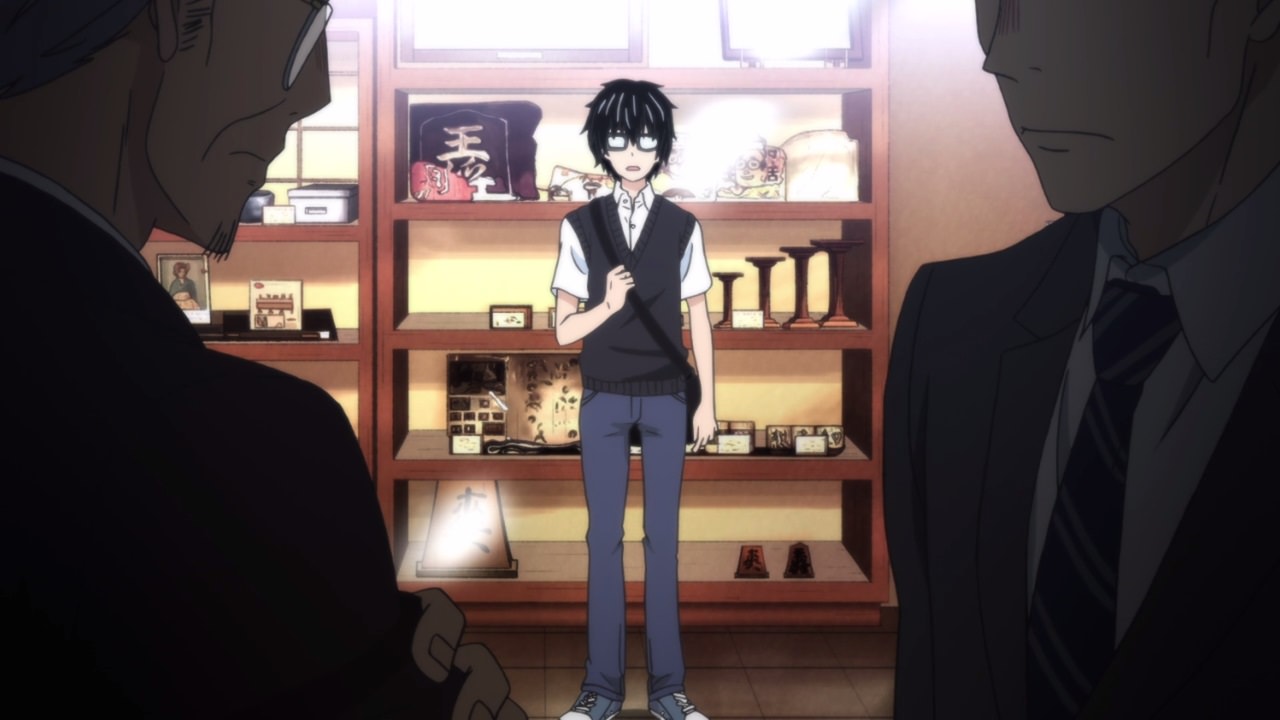 However, it turns out that there’s some bad news coming from the shogi association as it turned out that Nikaidou was sent to the hospital after collapsing mid-match.

So while I’m sad that Kiriyama won’t face his friend, he’s pretty much worried about Nikaidou. 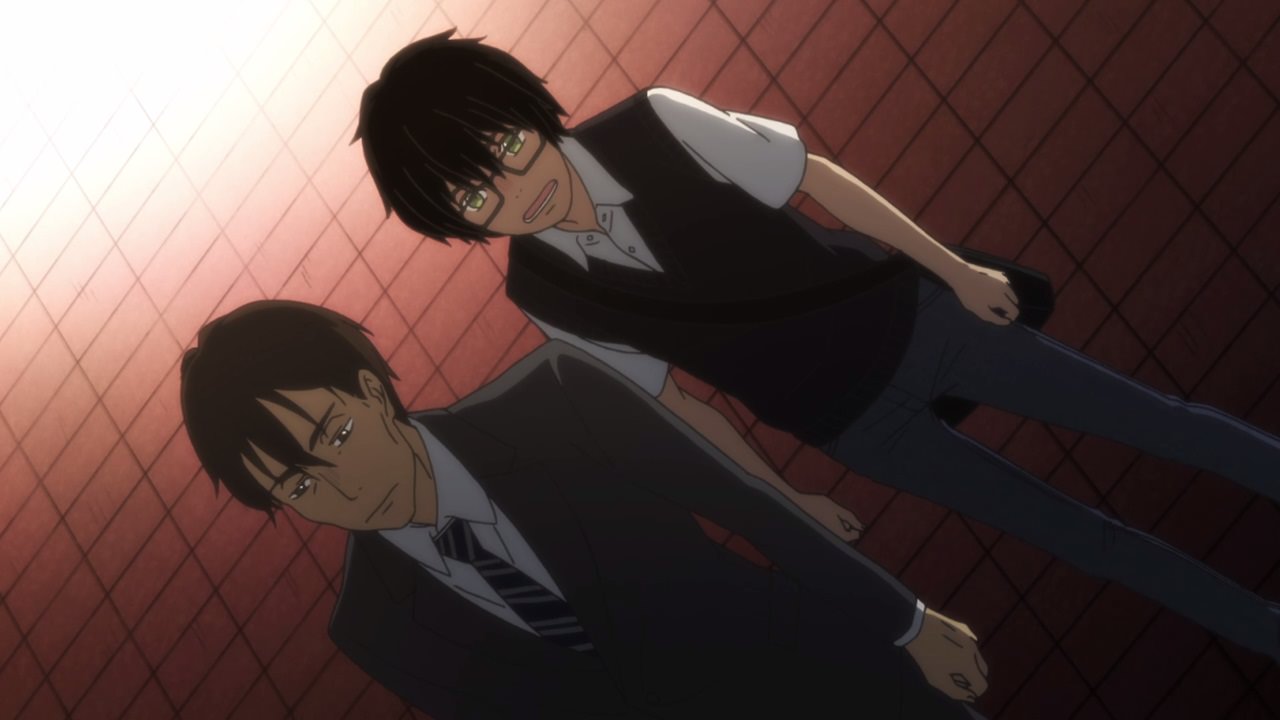 With that said, he asked Kai Shimada about Harunobu’s health and what Rei-kun found out was truly shocking.

Now, you already saw how Harunobu Nikaidou is eating bland foods and drinking water all the time while being taken care of by his butler Hanaoka, but it turns out that Nikaidou is very sick for a long time. 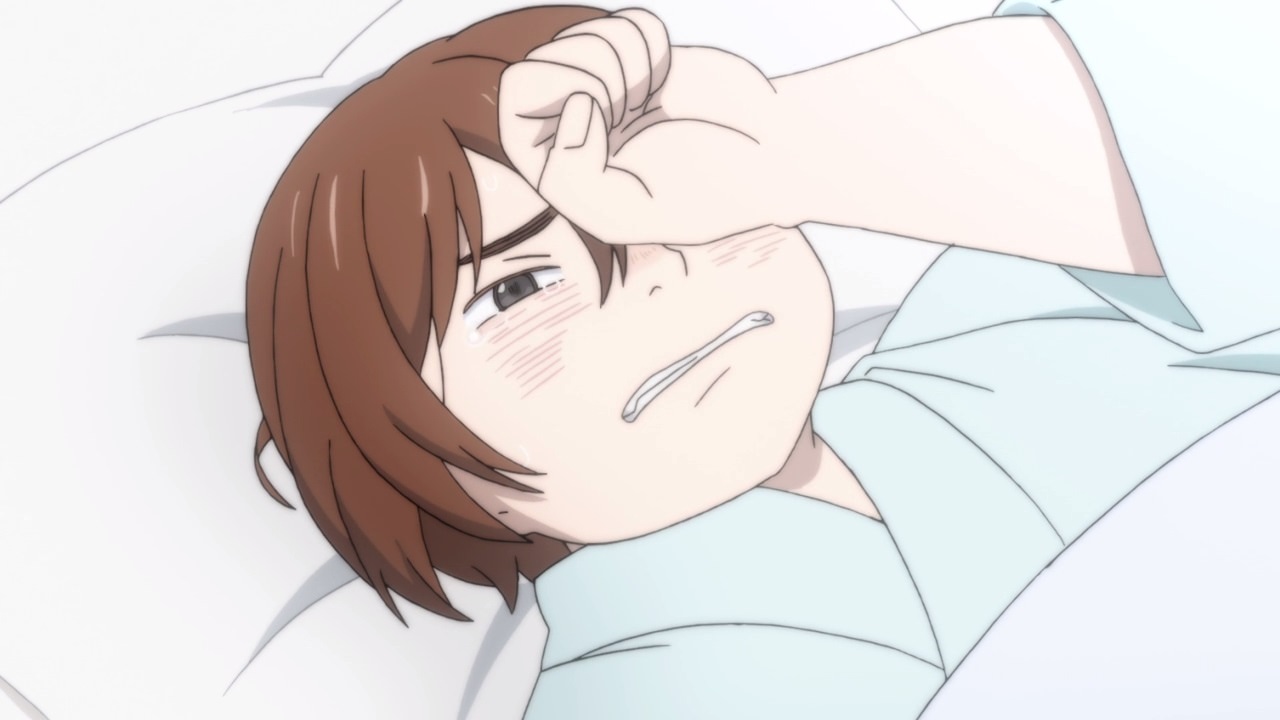 You see, Nikaidou has an incurable disease throughout his life. He couldn’t play with other kids due to his health and that’s why Harunobu dedicated his life playing shogi.

Despite his sickness, he learned how to play better from Shimada and he always press forward into becoming the best shogi player and a fitting rival to Kiriyama, but of course Nikaidou’s body is at his limit in some crucial moments and thus I felt sad that he couldn’t make it to the championship match. 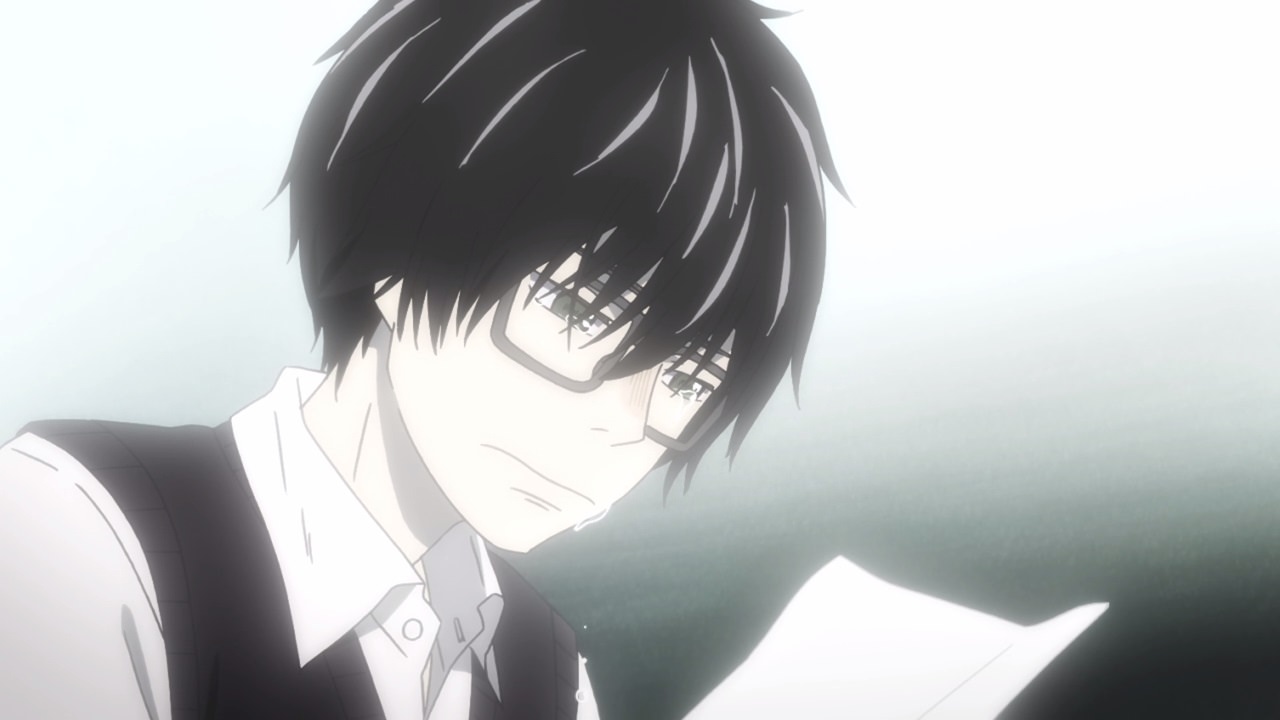 Heck, even Kiriyama felt saddened about his friend’s current situation upon seeing the game records. I have to say that this episode teared me up when it comes to Harunobu Nikaidou and his backstory and not only that, but I’ve learned that his character is based on a real-life shogi player named Satoshi Murayama who had an incurable disease throughout his life and reached Class A before passing away at 29 years old.

Still, Rei Kiriyama will not be discourage about his friend’s health as he’ll do his best to win the Newcomers’ Tournament not only for himself and Hina-chan, but also for Harunobu Nikaidou. In any case, I’ll see you on the next episode!