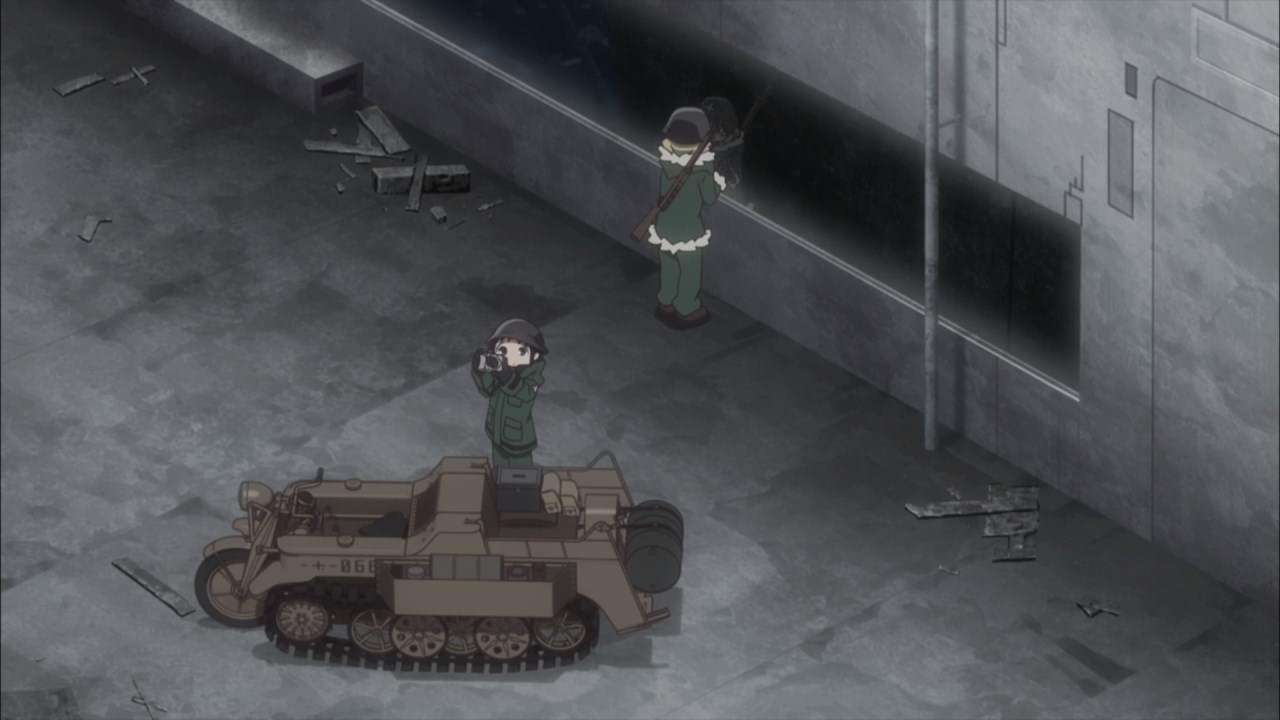 Hey everyone, it’s Chito and Yuuri as they went something that’s faster than their Kettenkrad… 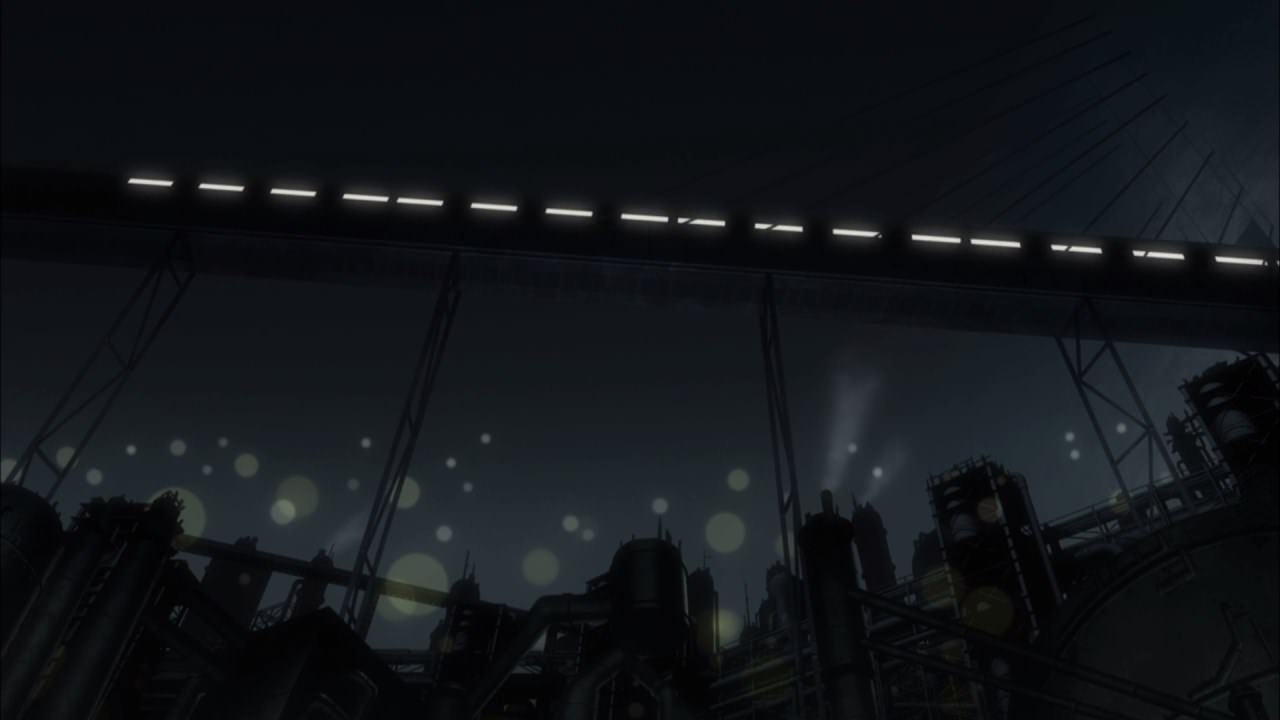 …which is actually a train. Well, gotta say that it’s still working but I wonder who’s operating it unless the train is automatically being run by some robot. 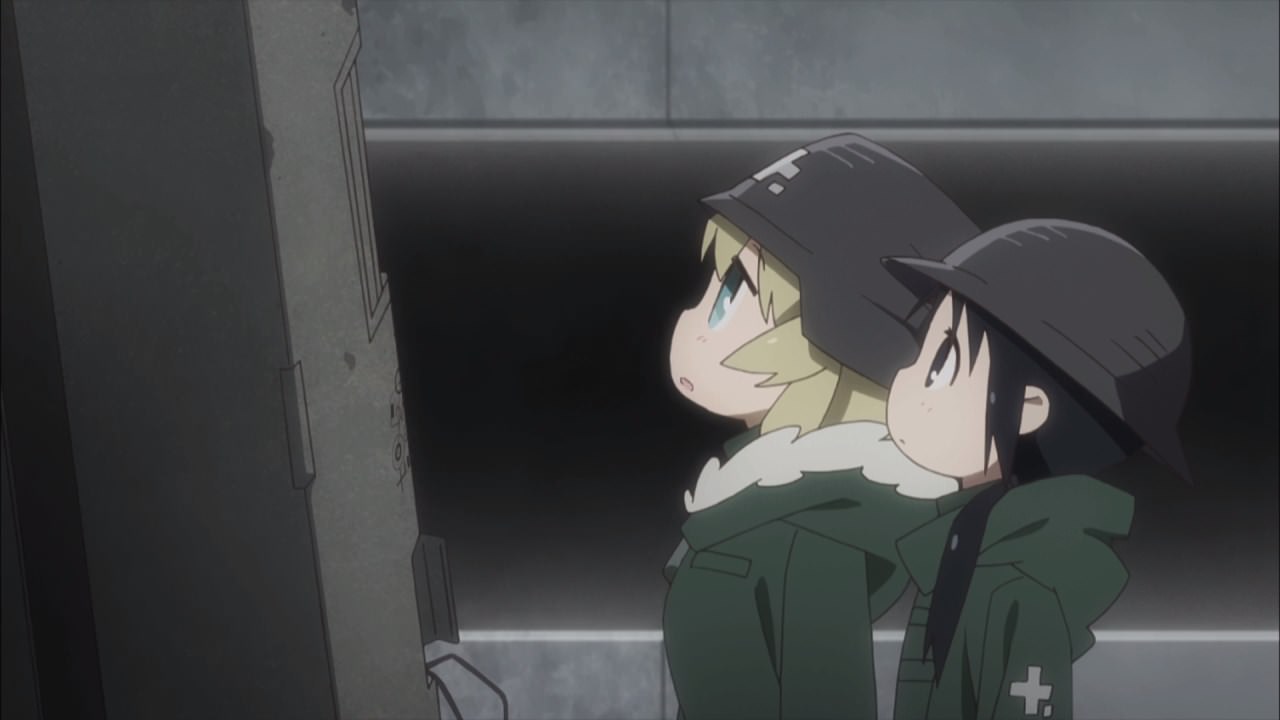 Speaking of robots, seems that Yuu and Chi-chan encountered a few of them, albeit deactivated with varying degrees of damage. Fortunately, these robots are not hostile or anything that’ll pose these girls some danger.

On the other hand though, I was wondering if the train is carrying over those damaged robots to either a repair bay or the scrap heap. I guess we’ll never know… 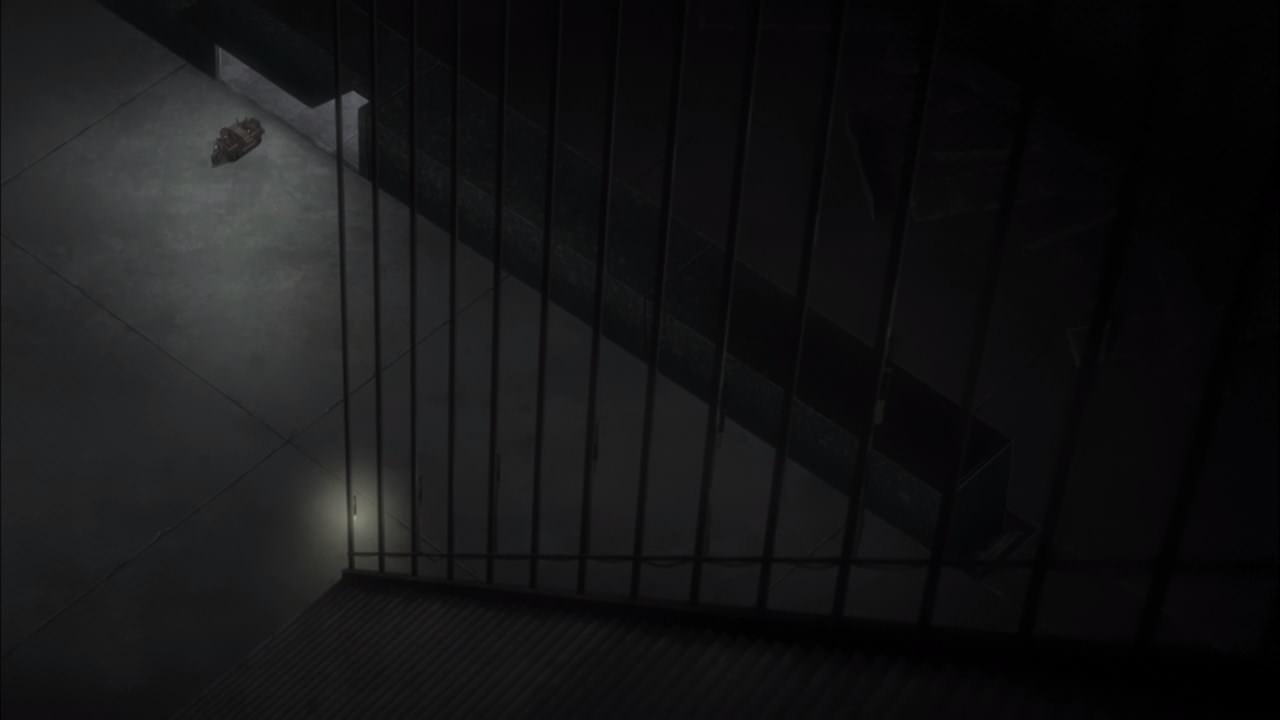 In any case, they got off the train and continue their journey into the unknown.

Still, I’m curious to see the end of the train line, but I guess that WHITE FOX will never show what lies there. 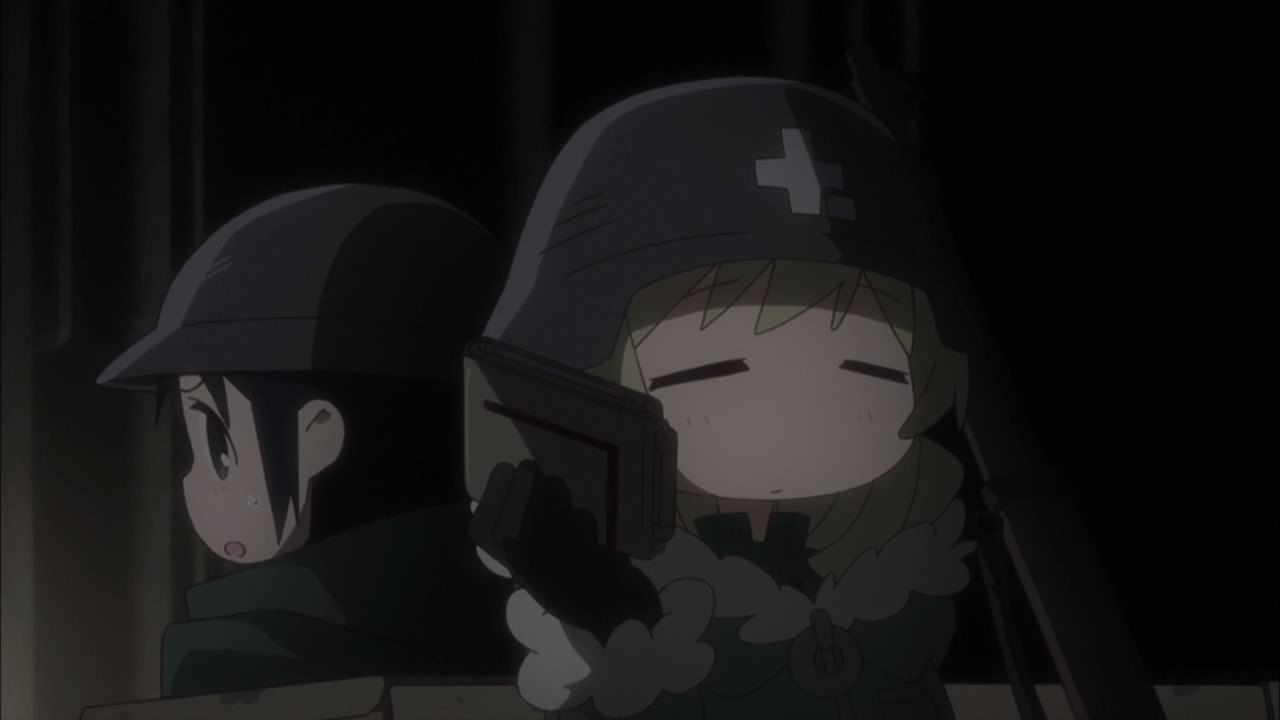 By the way, remember when the girls picked up a radio from Episode 8? Well, it seems that it’s working as Yuu is hearing some noises or even someone who is singing.

Regardless, it’s a discovery that these girls won’t forget. Glad that Yuuri took the radio from one of the graves, although Chito telling her that stealing things from dead people is considered bad luck. 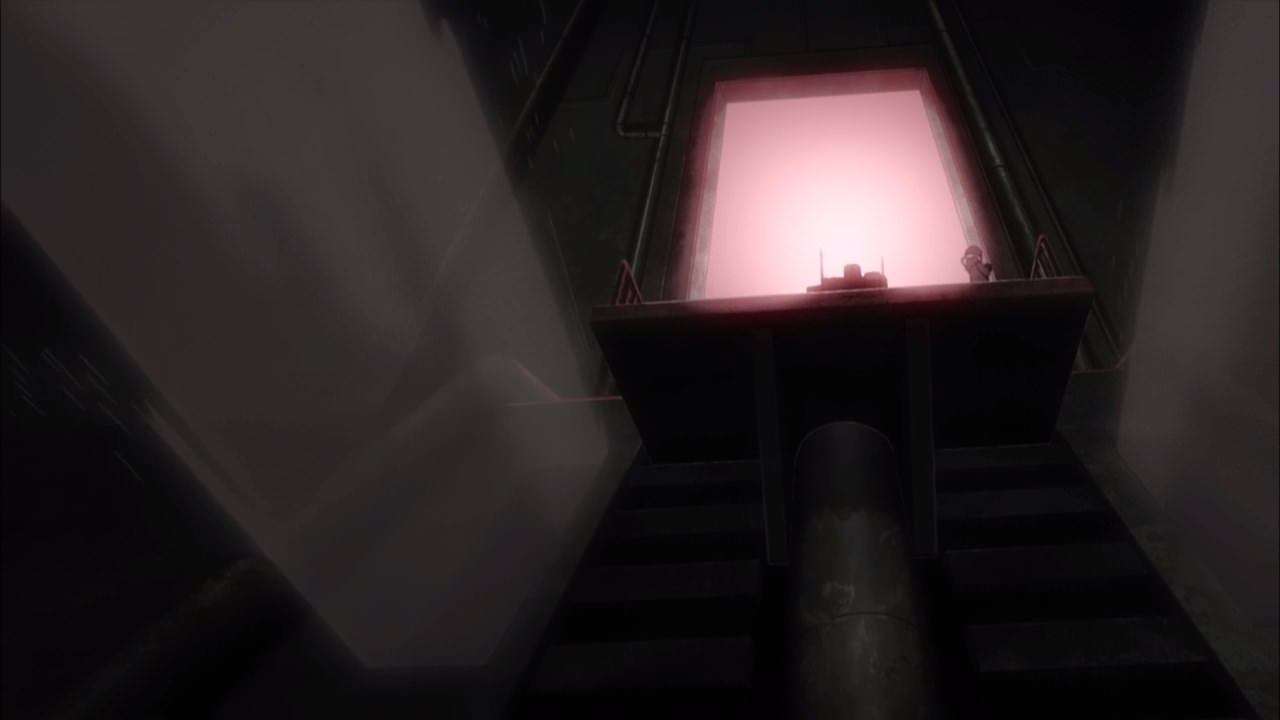 Anyways, seems that the girls have reached the surface by riding the elevator, although it’s going up so fast that Chi-chan and Yuu almost fell down by its sheer speed. 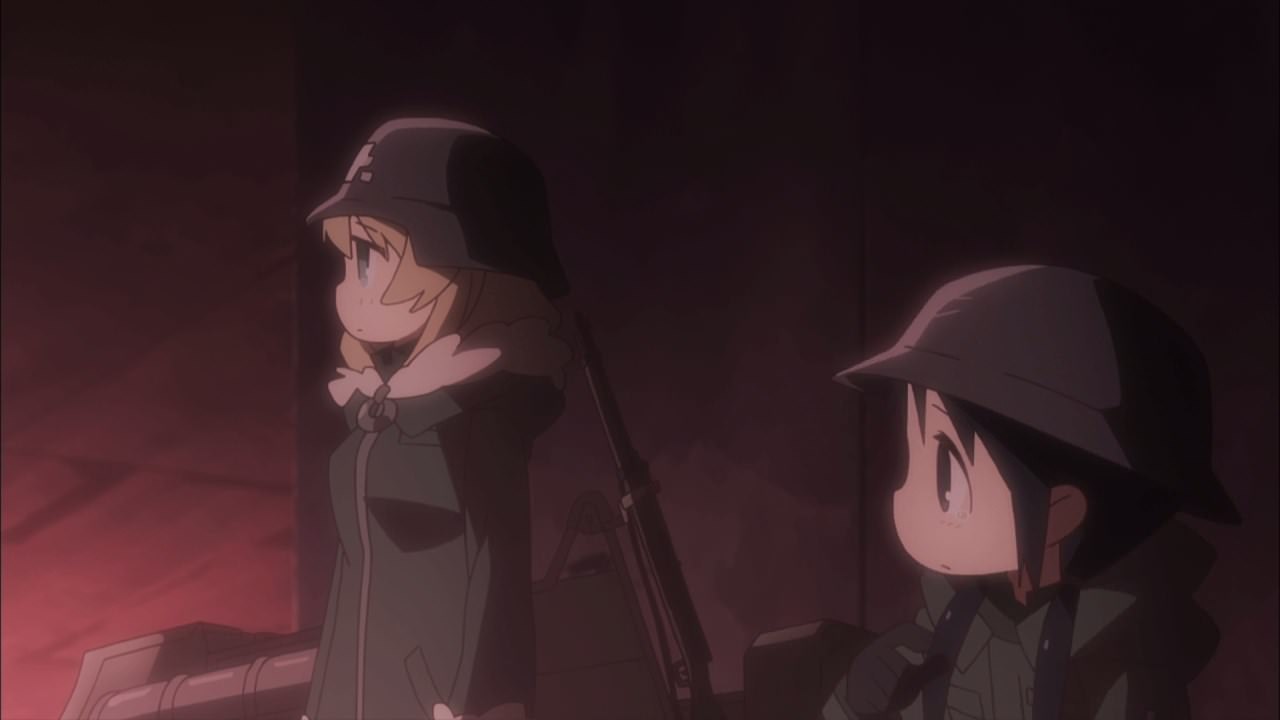 Now that they reached the surface, it’s time for the girls to witness something extra-ordinary. 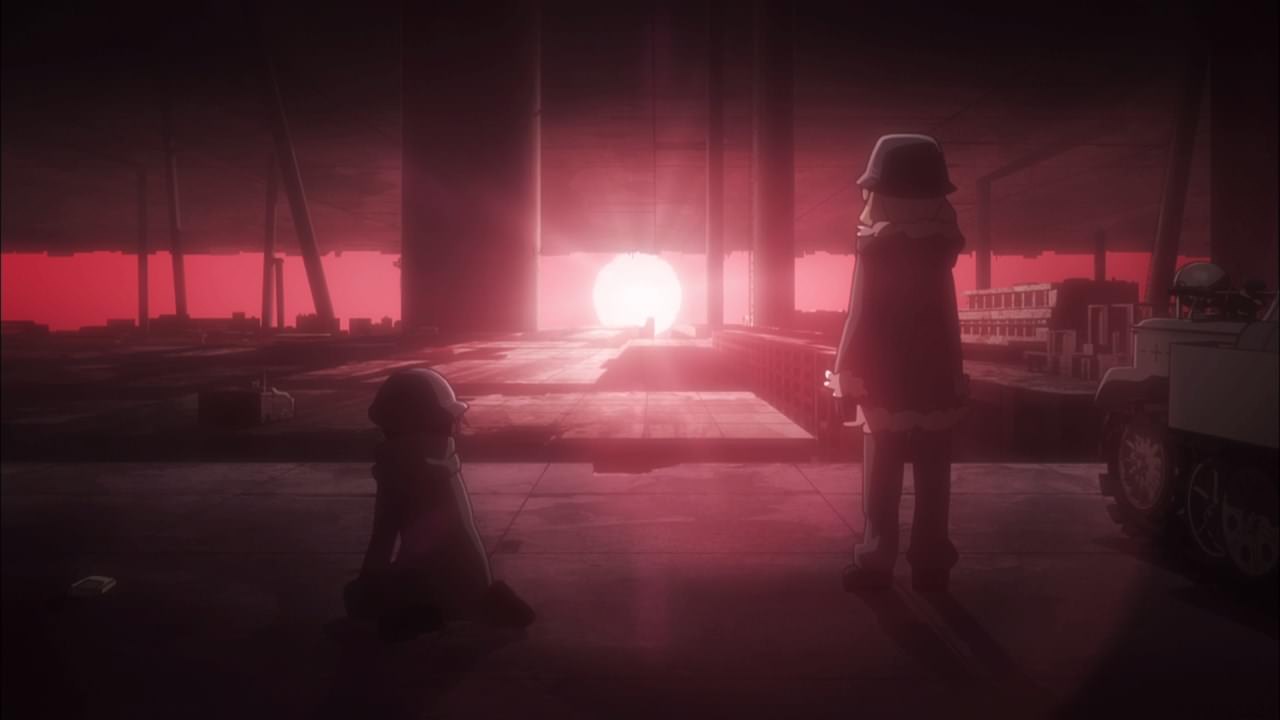 Well, it’s the red sunset and the girls are in awe when it comes to its beauty. Heck, that they’re crying over its majestic sunset.

Regardless, it’s a good episode but I feel that Girls’ Last Tour is about to end soon… 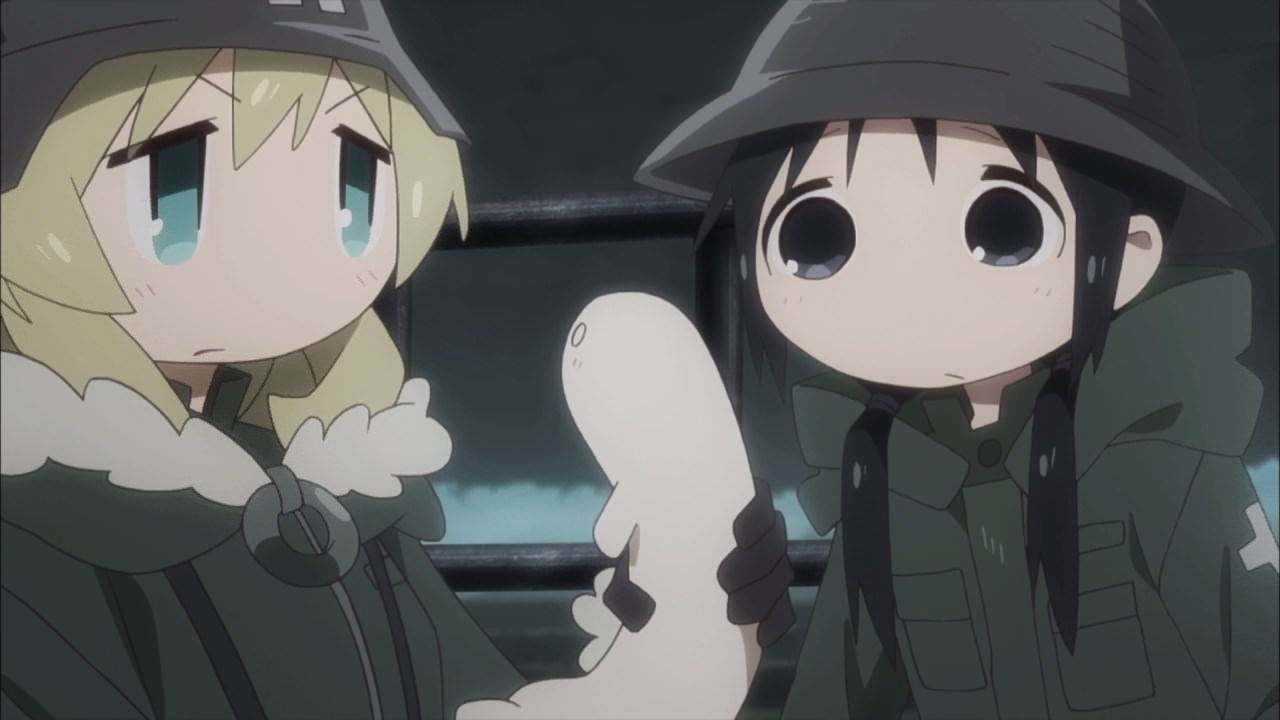 One last thing, it appears that they found a strange creature that’s interacting with the radio. Unfortunately for Chito and Yuuri, they couldn’t take this creature on their travels.

Anyways, I’ll see you next time as we have 2 episodes to go!