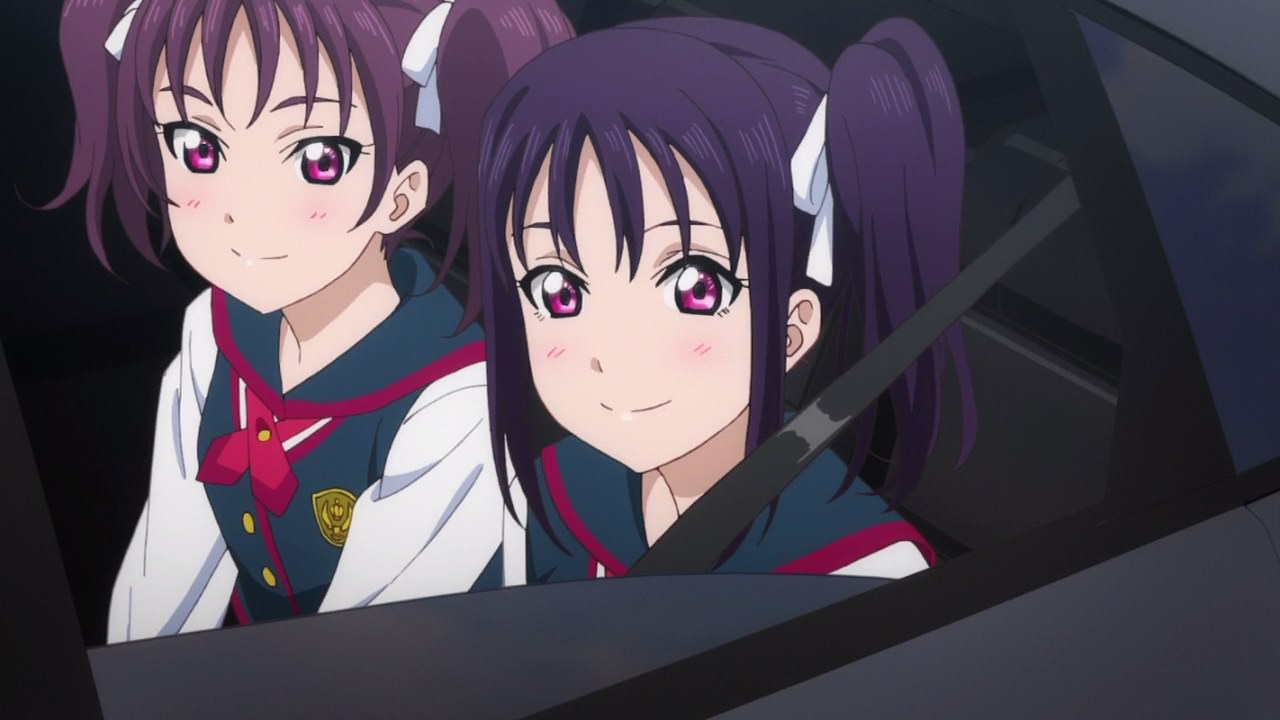 Oh look, it’s the Kazuno sisters as they visit Numazu not just to say hi to Aqours… 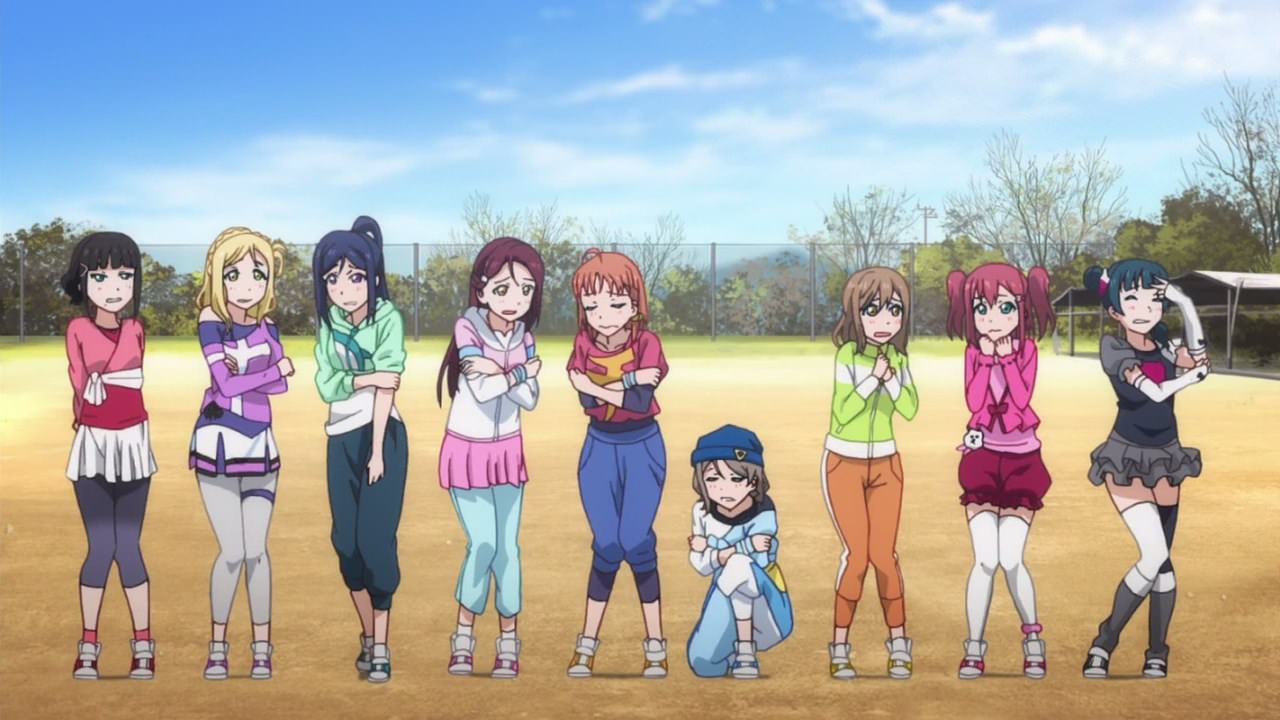 …but also train them in preparation for the national tournament. I mean, Saint Snow got into Top 8 for nothing!

In any case, I’m glad that a fellow school idol group is helping them. Of course, both Seira and Ria found out upon arriving in Numazu that Uranohoshi Girls’ Academy will be consolidated by another school. 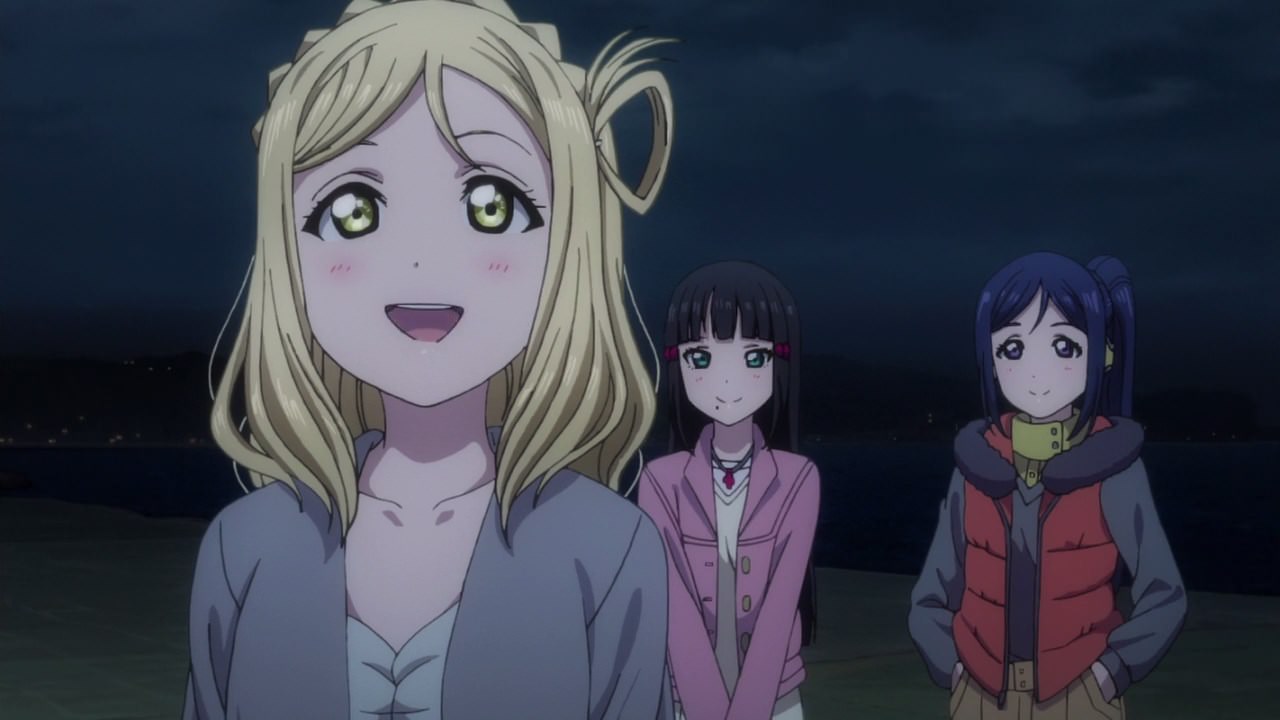 On the other hand, let’s talk about the third-year students as they’re planning for their future careers after graduating high school.

You got Dia Kurosawa going to Tokyo and study at a prestigious university, Kanan Matsuura becoming a diving instructor overseas, and Mari Ohara going to Italy to study there instead of becoming the chairperson of Numazu Academy. So yeah, they’re already set their plans after competing in Love Live! 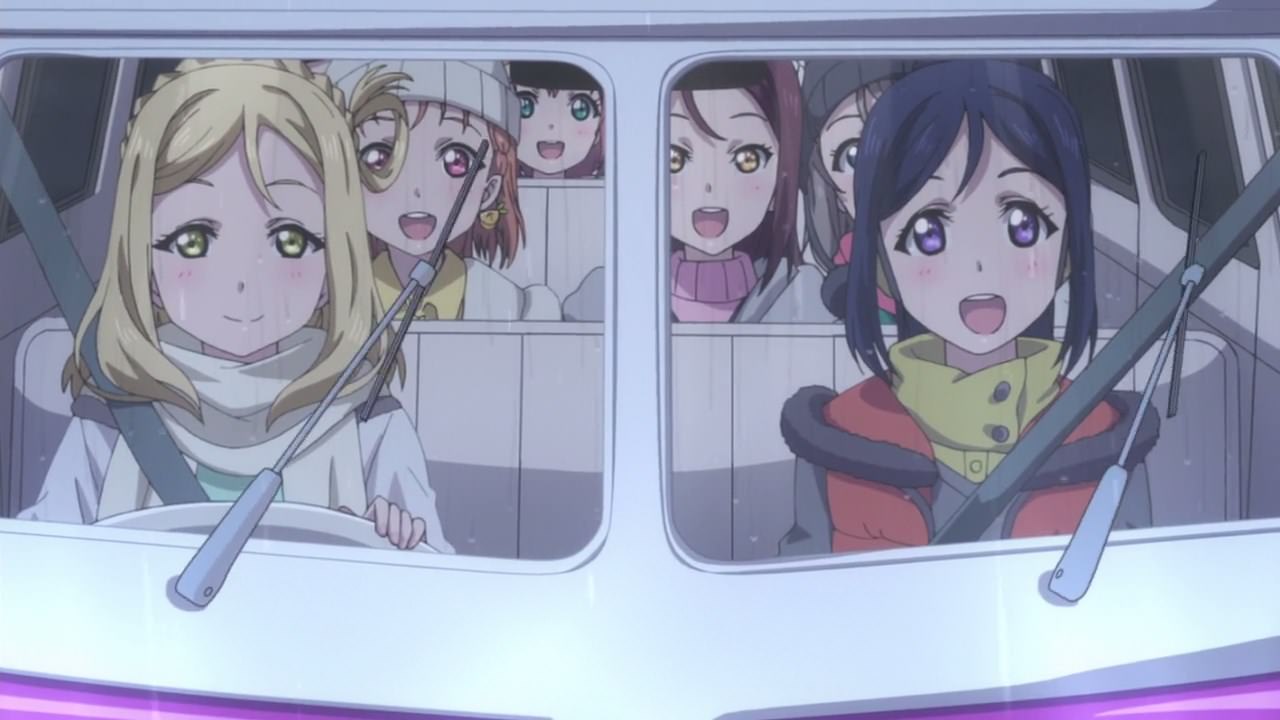 But before they go to Tokyo for the final competition, Mari wants everyone to hop aboard her Volkswagen Type 2 Van and drive towards the hills. 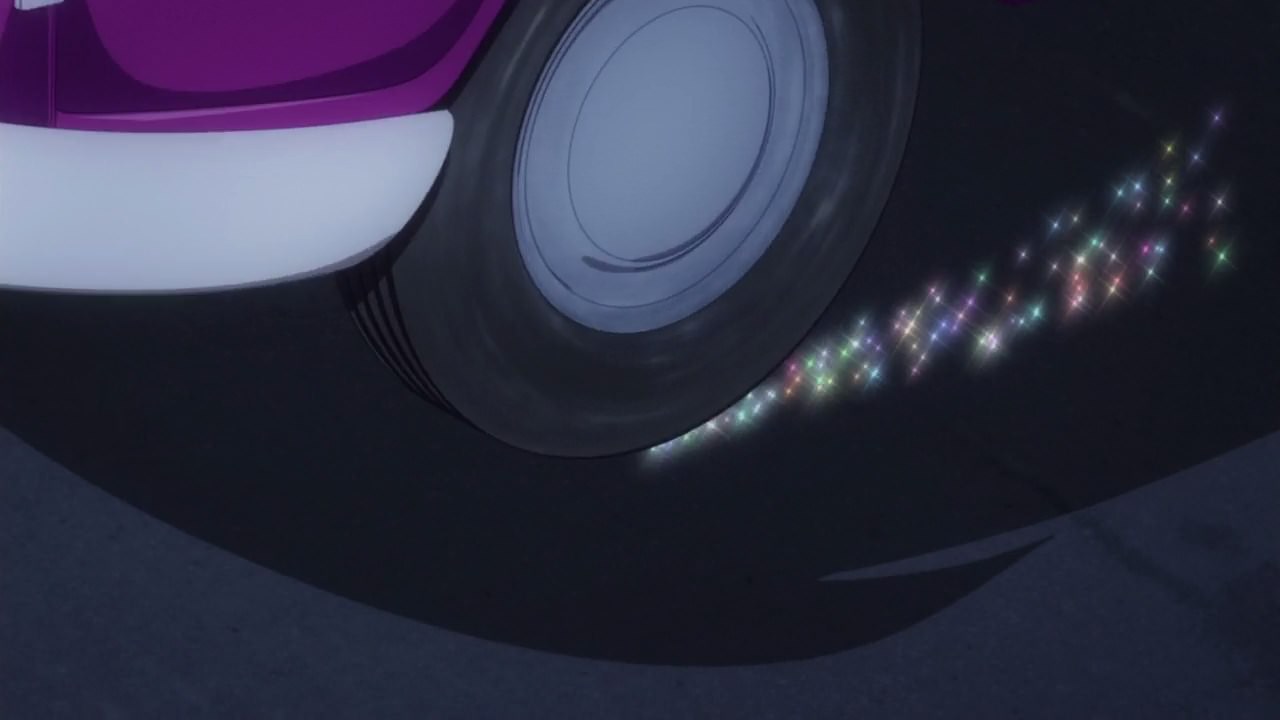 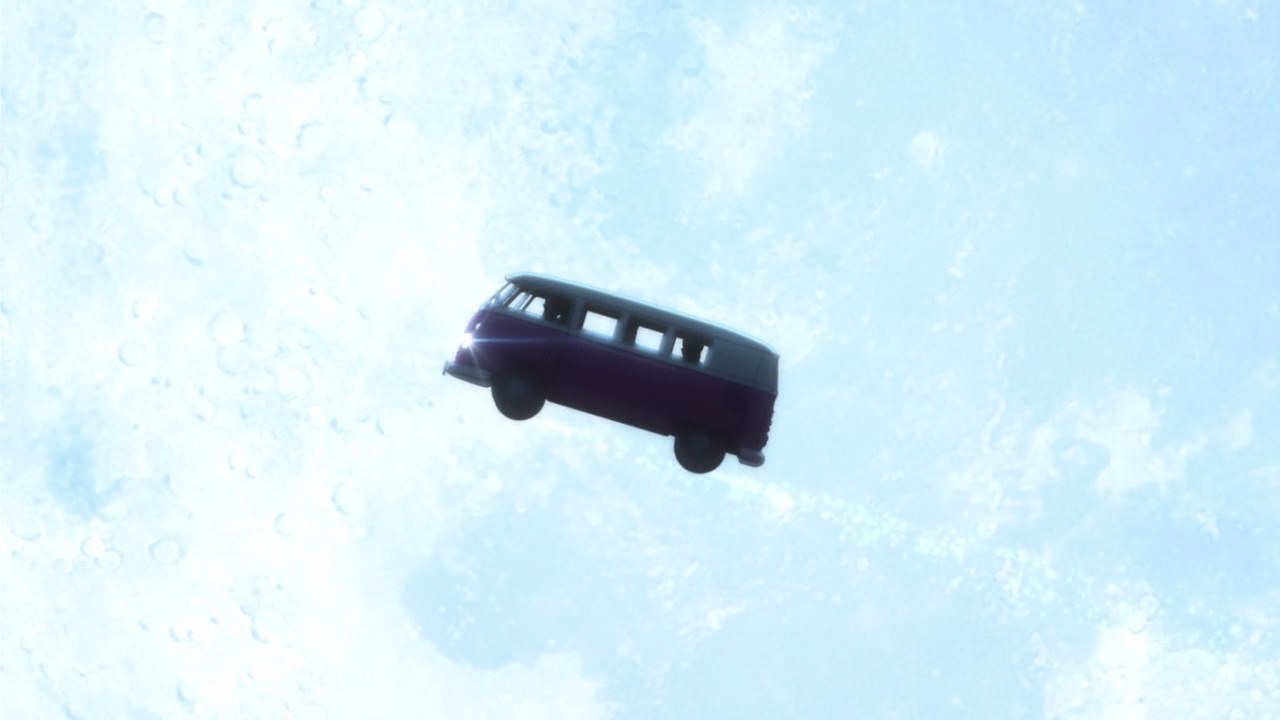 Well, everything as they’re flying towards the heavens, which means that Aqours have met its end unfortunately. Then again, it could be that they’re having a case of LSD or other hallucinogens. Man, we can’t have school idols taking drugs!

Oh by the way, this scene is somewhat familiar with Steven Speilberg’s E.T. as instead of an alien flying, we have a flying car. Aqours, come home! 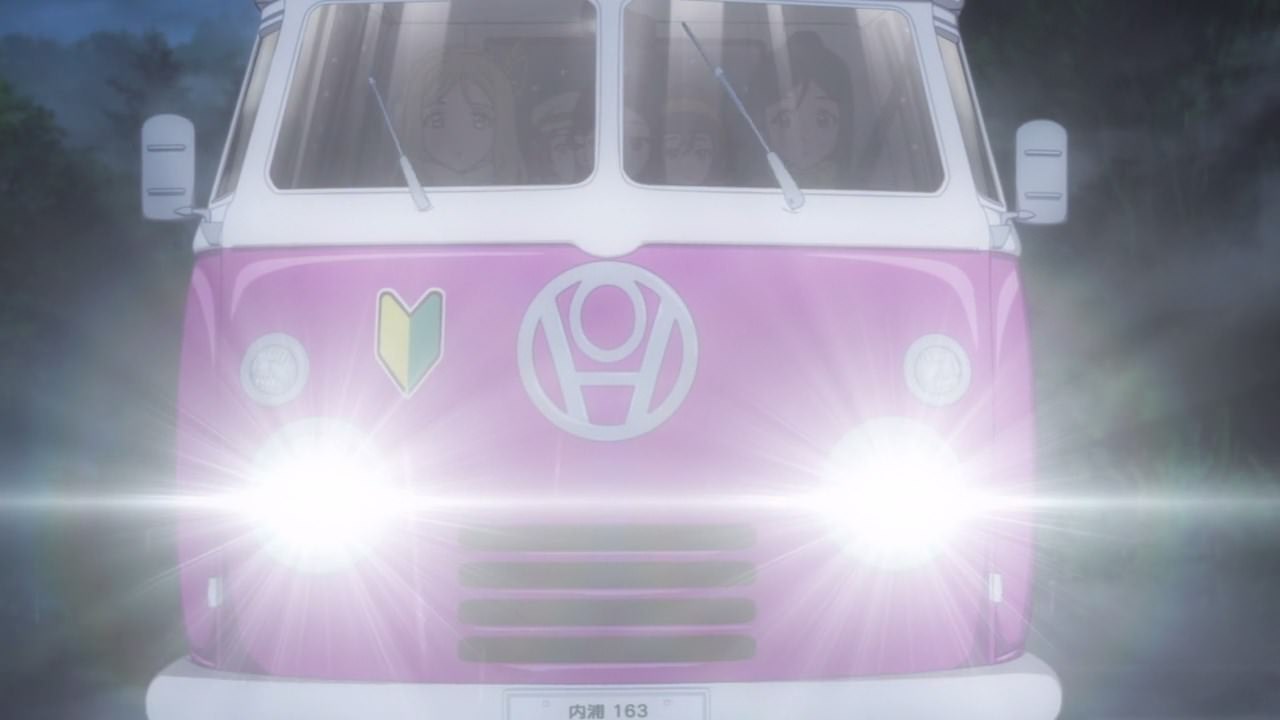 But anyways, it seems that Aqours have arrived at the hill where they’ll see the shooting stars and pray for their success at the Love Live! competition.

Then again, it’s raining so they can’t see the starry night sky. Well, I think someone should stop the rain by shouting! 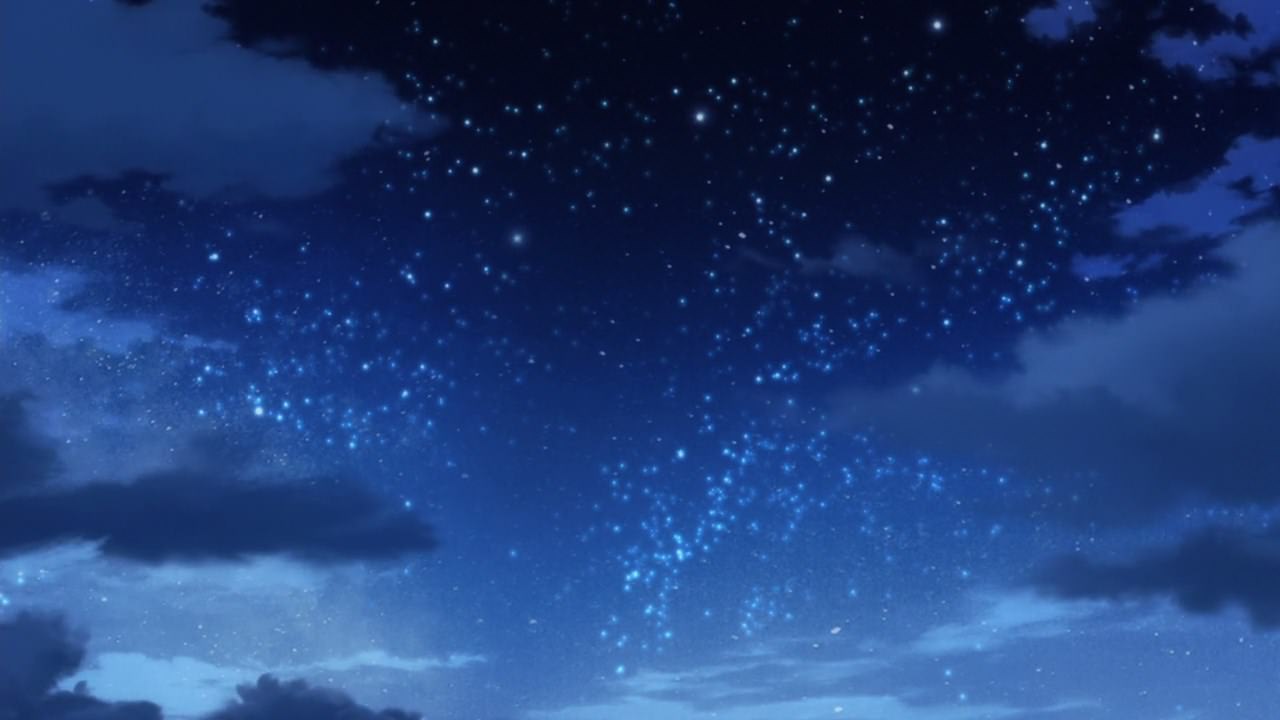 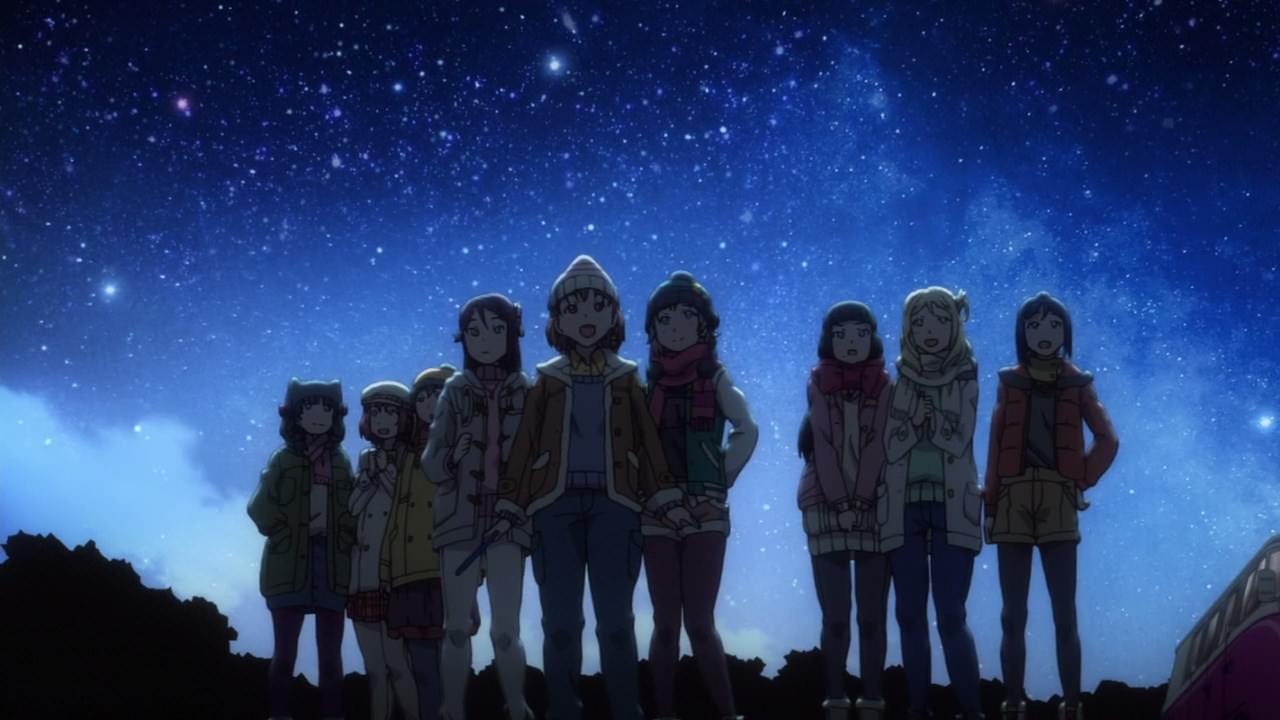 Never mind, seems that the weather is very kind today for those 9 girls as the rain has stopped and out comes the starry sky. Well, looks like Aqours might see a shooting star tonight and make a wish to win the competition!

And that’s about it for this episode and I have to say that the third-years are pretty much ready to move on once they finished competing in Love Live! Yeah, there’s no drama from Dia, Kanan, and Mari as they’re happy to spend the remaining days with their juniors. In any case, I’ll see you next time and let’s hope that Aqours will win this!