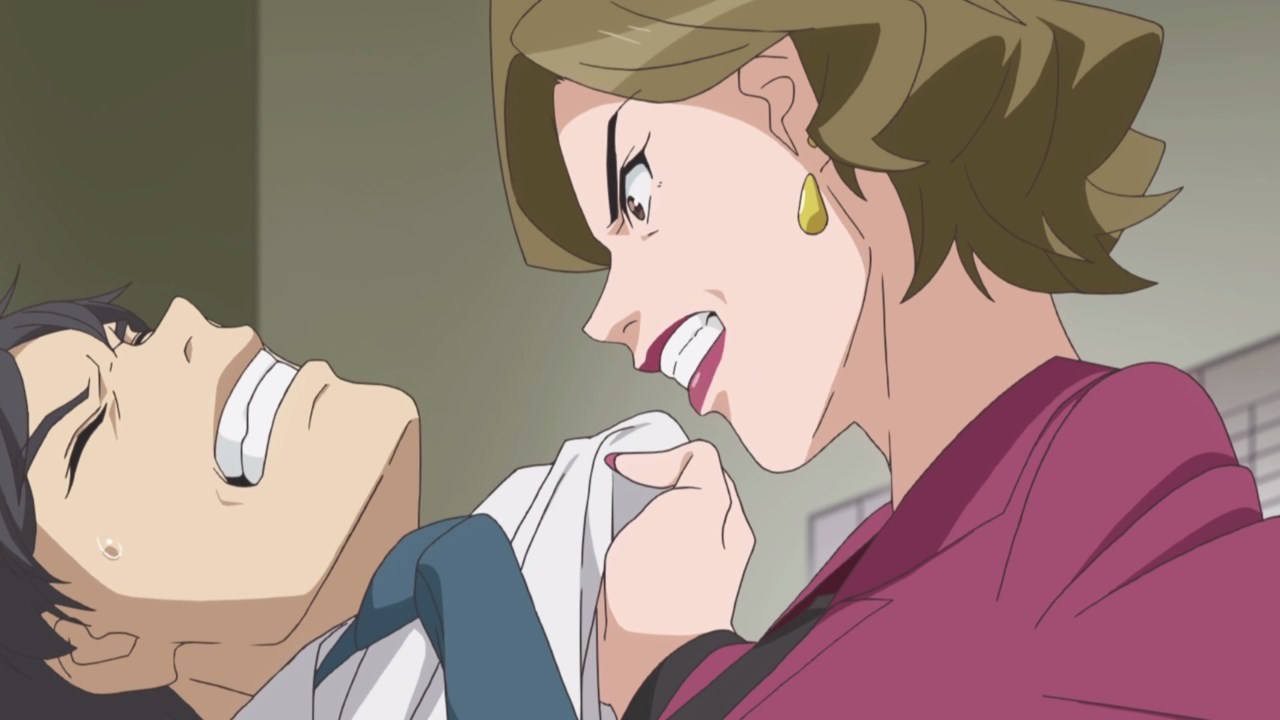 Well, it’s just another day at Green Leaves Entertainment as Junko Tange is complaining about the low ticket sales that she wants Kouhei Matsuda to do something.

Out of fear from President Tange, Matsuda-san called Tasuku Hayasaka for help. 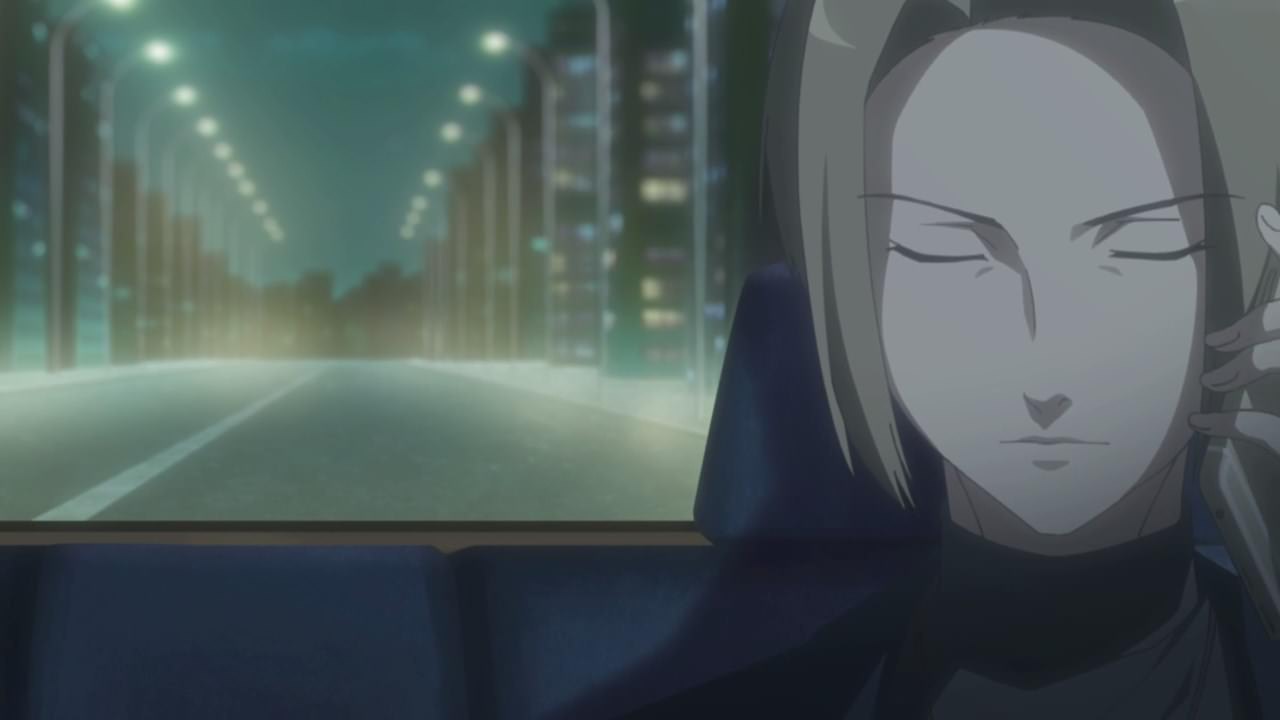 Of course, even Hayasaka has his own problems as Tasuku currently has writer’s block. Basically, he’s ignoring Green Leaves and WUG! for the time being.

Oh yeah, and Hayasaka was invited to do some music and it’s not gonna be I-1 Club. More on that later… 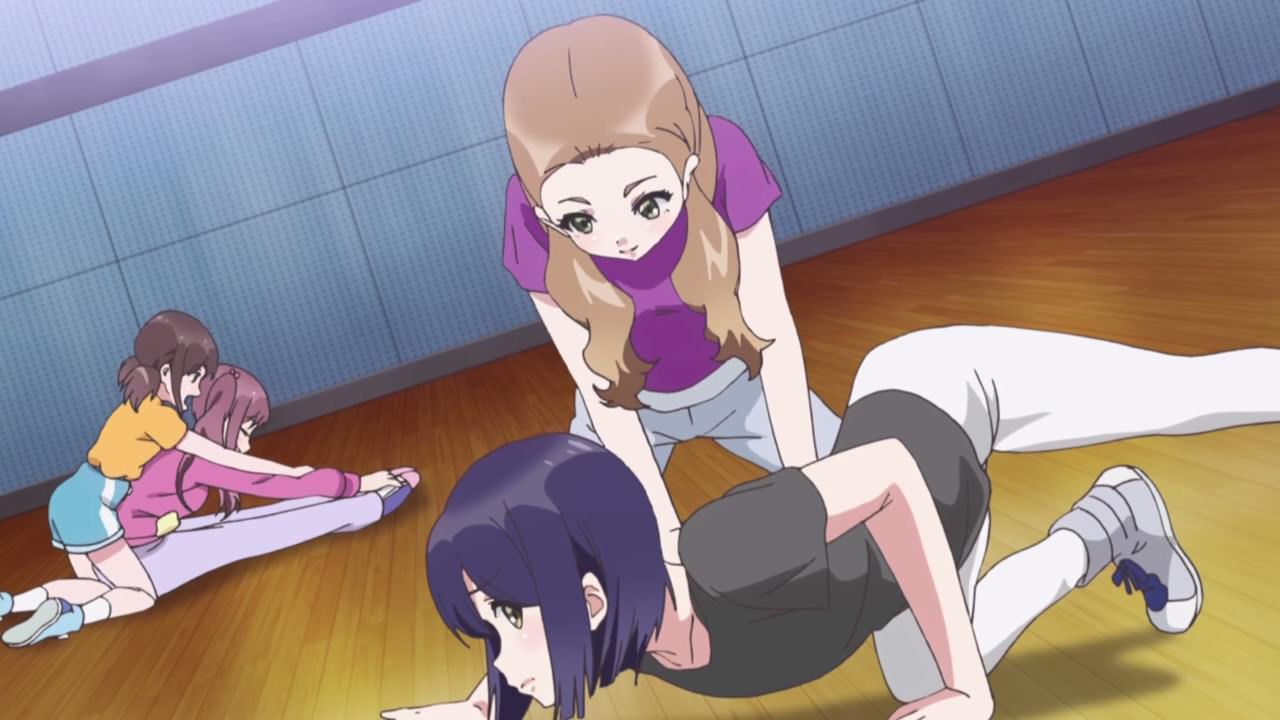 For now, everyone is preparing for their national tour. Not only that, but they’re doing a commercial for a supermarket chain in the Tohoku Region.

So while they try to promote their solo careers currently, but they’re focused on making it a successful tour so Mayu Shimada and her fellow idols are coming up ways to make their concert more enjoyable to watch. From their observation, most of the attendees are doing other things instead of watching the show like checking their cellphones, etc. 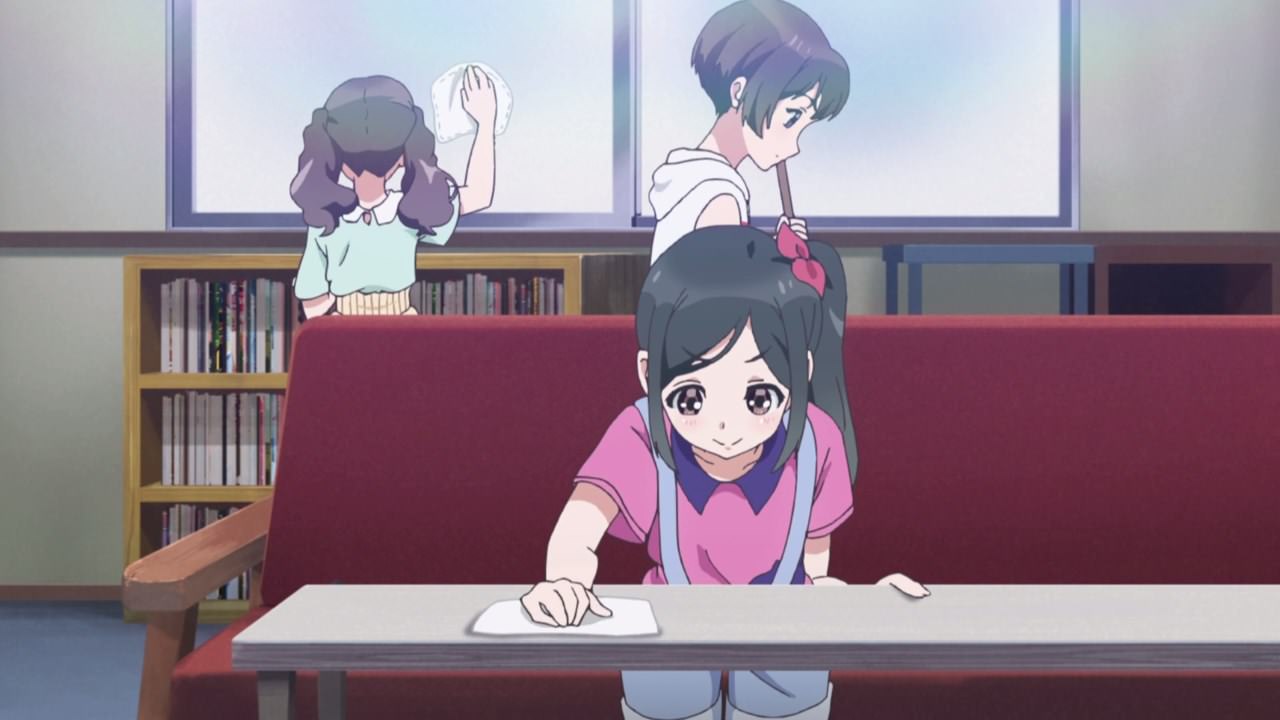 On the other hand, the three new understudies are doing menial tasks such as cleaning the office. Um President Tange, that’s not how you train idols because Ayumi Hayashi and her two friends have potential to become idols! C’mon, have you watched the video when they perform a cover of “Tachiagare!” at a park in Sendai?

With that said, Wake Up, Girls! is doing fine at the moment but I’m worried that they’re having an uphill battle with the I-1 Club holding their concert at the Tokyo Dome on Christmas Day, apart from the mainstream audience ignoring them. 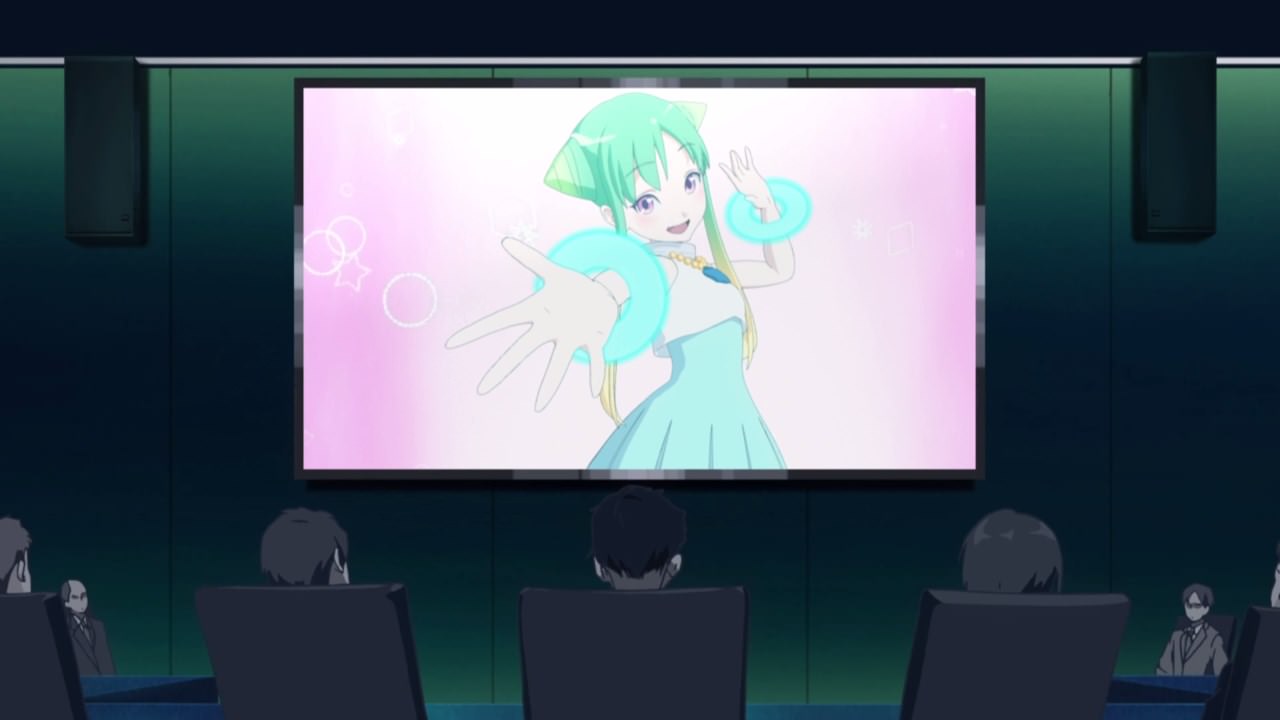 On top of that, remember what I told you earlier that Tasuku Hayasaka was invited to make music? Well, he’s composing one for a virtual idol that you might saw a few times already.

The name of the virtual idol is Makina X and it’s the latest craze in Japan at the moment. It’s no wonder that attendees are looking at their cellphones all the time instead of the actual show. Oh and it gets worse as Makina X will hold a national concert, which would WUG! in a very difficult spot. 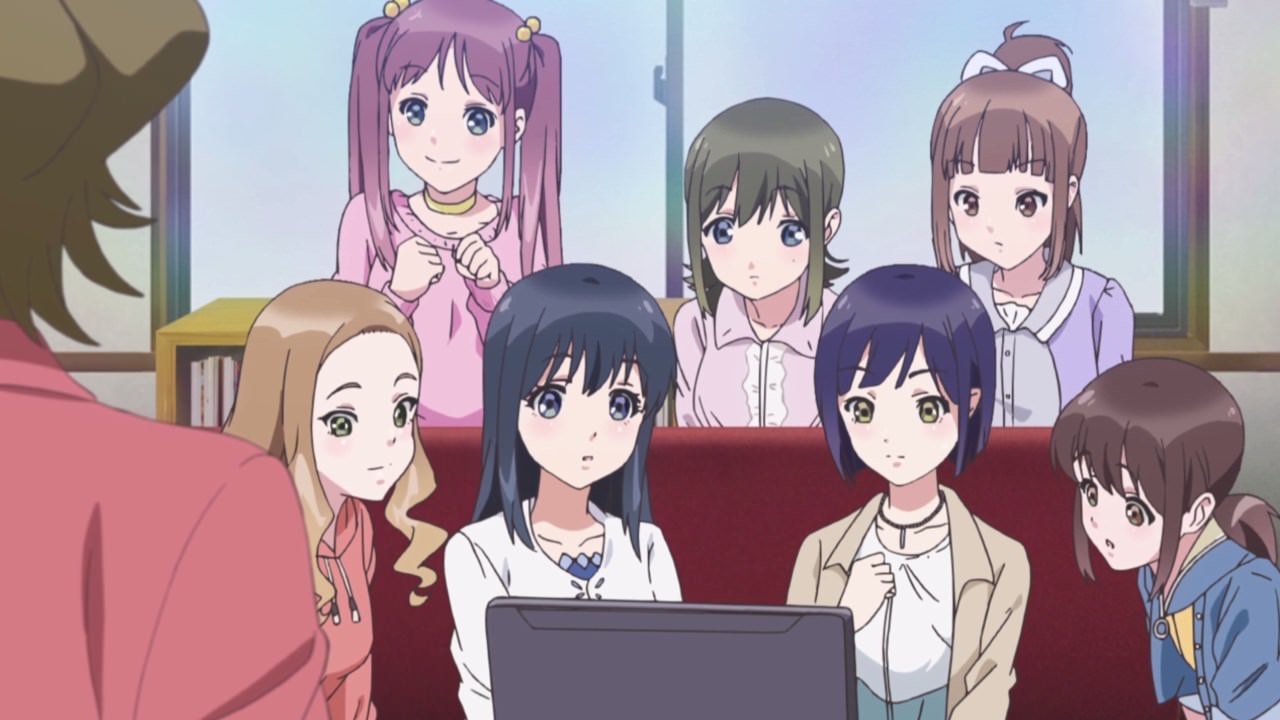 However, it appears that there’s still hope for Wake Up, Girls! as Tasuku Hayasaka suddenly gave them a music file. However, there’s a catch as the girls must make some lyrics that’s worthy of Hayasaka’s music. Unfortunately for them, they need to ask some advice elsewhere as Hayasaka left to United States for some unknown reasons.

With that said, it’s gonna be a challenge for Wake Up, Girls! as they need to make lyrics for Hayasaka’s new song, all while making their national tour a success instead of having almost empty seats at the Sendai Stadium. Anyways, I’ll see you next time!